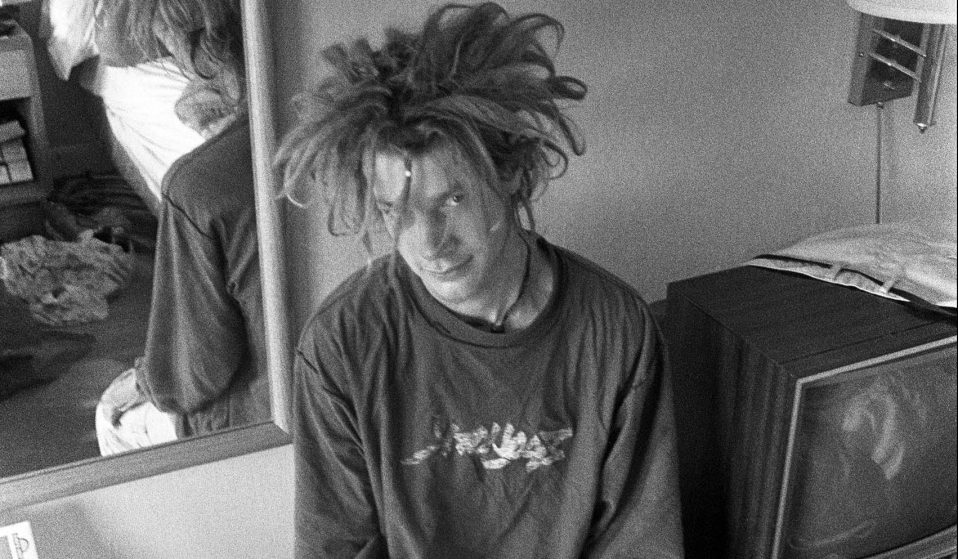 Photographer Greg Hunt reflects on touring as part of a pro-skate crew in 1995 and how the sport has evolved since.

Photographer Greg Hunt reflects on touring as part of a pro-skate crew in 1995, capturing the downtime between demos, and how the sport has evolved.

In 1995, former pro-skater and photographer Greg Hunt embarked on the tour of a lifetime. A group of pro skaters affiliated with two groups – Real Skateboards and Stereo Skateboards (Hunt was part of the latter) – travelled in a single van around the US, skating demos and crashing in motels, at a time when the sport was still very much underground.

Shortly before the trip, Hunt had decided to take his camera with him: “I had literally just received a camera from Gabe Morford, who was a close friend of mine and one of the best skate photographers,” he explains. “I really didn’t have any kind of goal for what I was shooting on that trip. It was purely just something that I was doing because it was fun, and because I was bored.” Outside of showing up to demos and signing autographs, the skaters had little other responsibilities, meaning there was plenty of time for Hunt to experiment with photography. 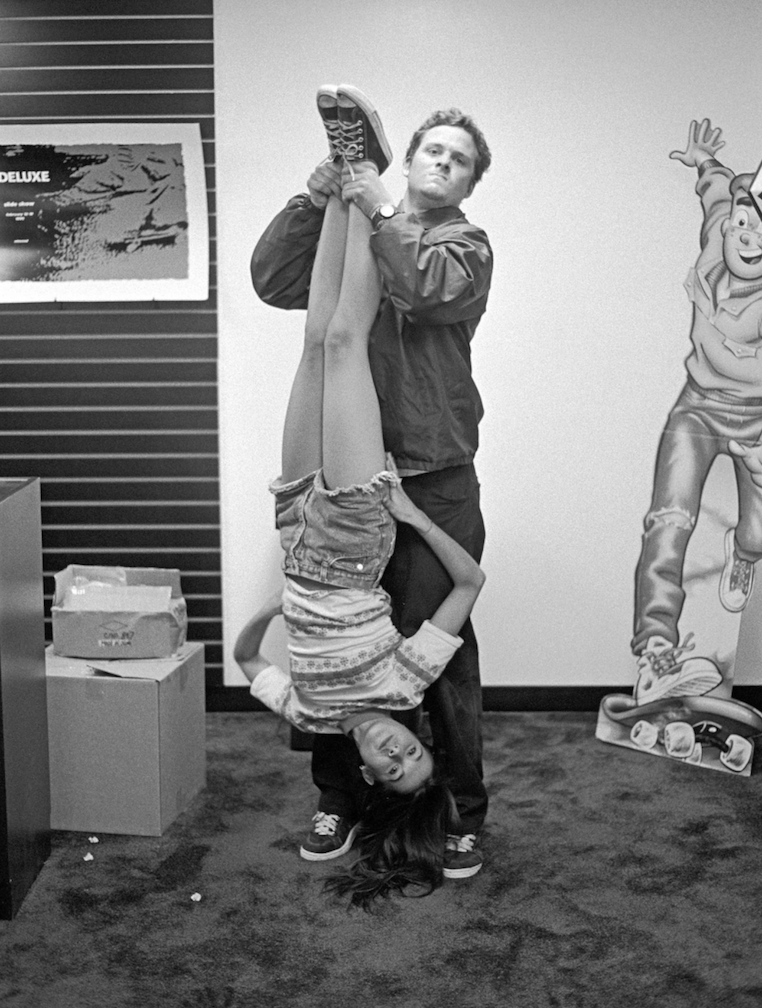 Hunt quickly became obsessed with the medium, shooting 12 rolls – around 400 images – alone that trip. A selection of these photos are now collected in a new book, titled 20th Century Summer (Film Photographic), which captures the skaters in their downtime – from the moments of ennui to the messing around – between demos. All the skaters pictured are between 17 and 24, reflecting the fact that it was at the time a subculture dominated and pioneered by the youth.

The photographer says he was primarily interested in capturing the “candid” moments which “pull the curtains back”, allowing audiences a glimpse of those ‘behind-the-scenes’ moments that made-up skate culture. In fact, there’s only one photo in the book that shows someone actually skating, captured performing a backflip off the back of a U-haul trailer. 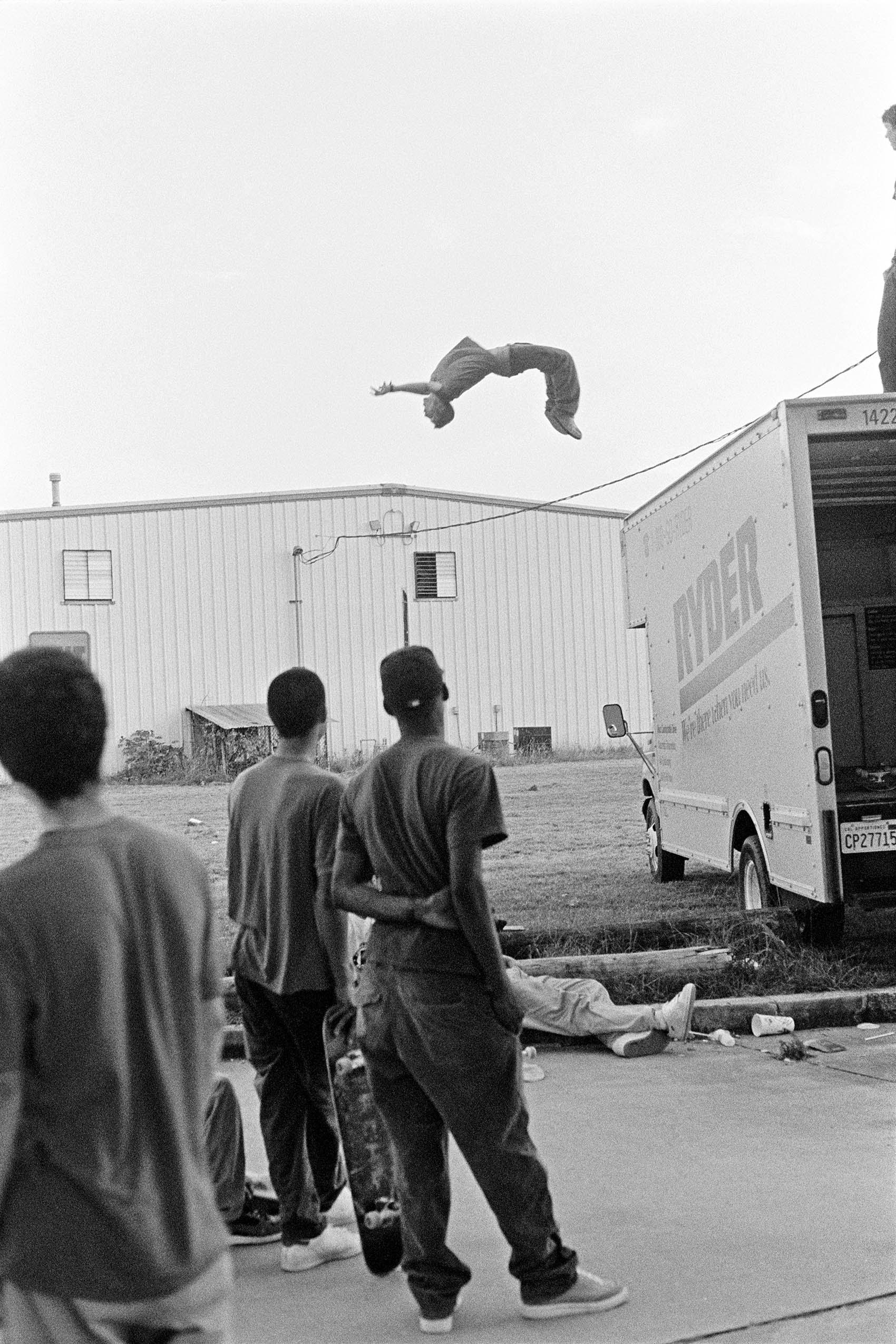 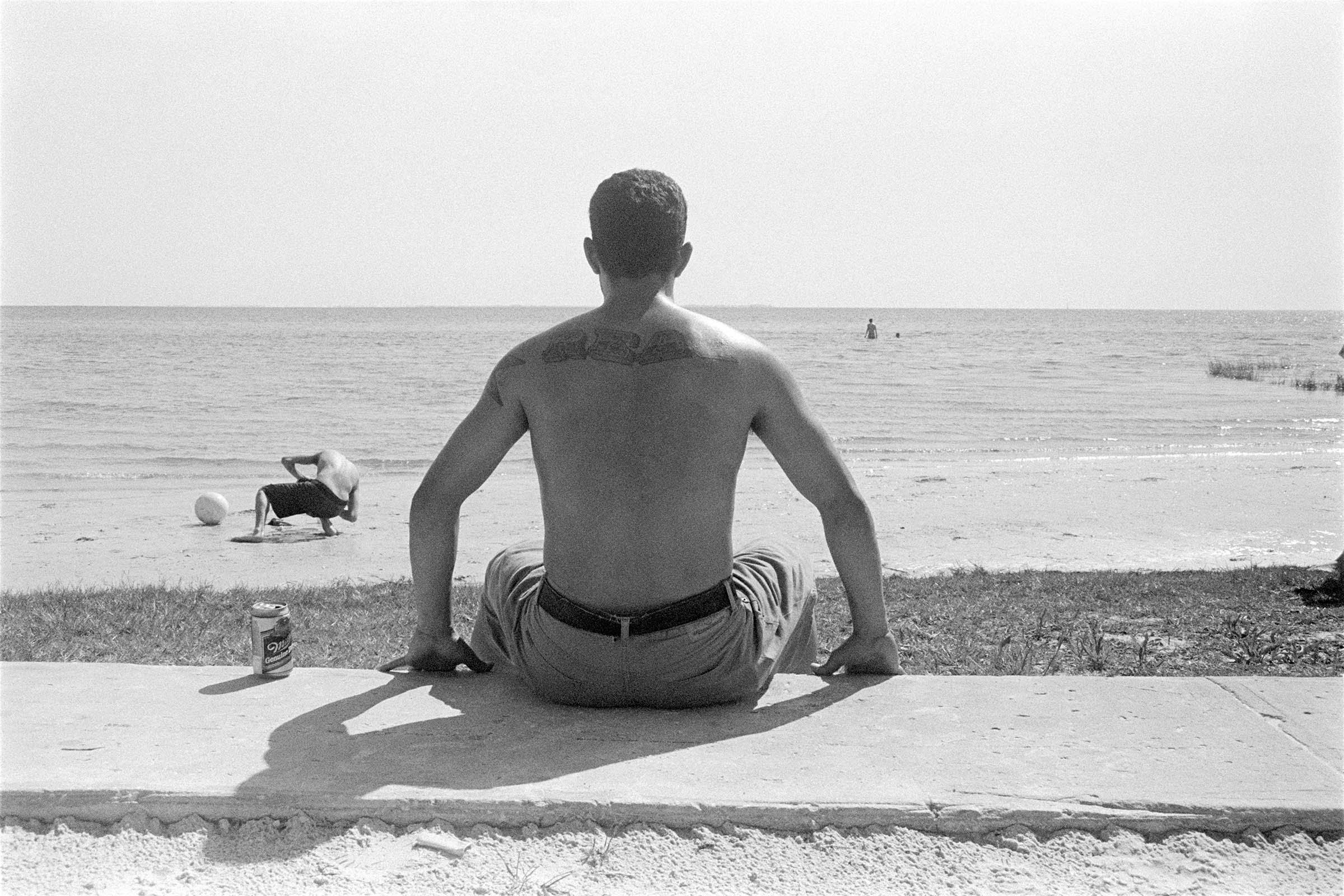 While many people remember the ’90s as a golden age for skateboarding, Hunt characterises it as more of an “awkward” period in the sport’s evolution. “It got really technical, the wheels got smaller, the clothes got baggier,” he says. “I remember it as a weird time; skateboarding was still in its growth. Now, it’s reached maturity.”

Yet how much the fashion has matured is questionable: “I see a lot of young skaters now who they look like they’re straight out of 1995, and it just really trips me out,” Hunt says. “I just never thought that mid ’90s fashion would make a comeback. It’s not quite as bad as it was, it’s a little bit more polish.”

This year has been a significant one for skateboarding, with the sport featuring in the Olympics for the first time in 2021. But when asked whether the commercialisation of skateboarding has changed anything about its essence, Hunt seems unconvinced. “Skateboarding, as far as its spirit, is still the same. I mean, skateboarders still go on the same types of trips in a van, in the same type of van,” he notes. “The pictures look like they could be from now.” 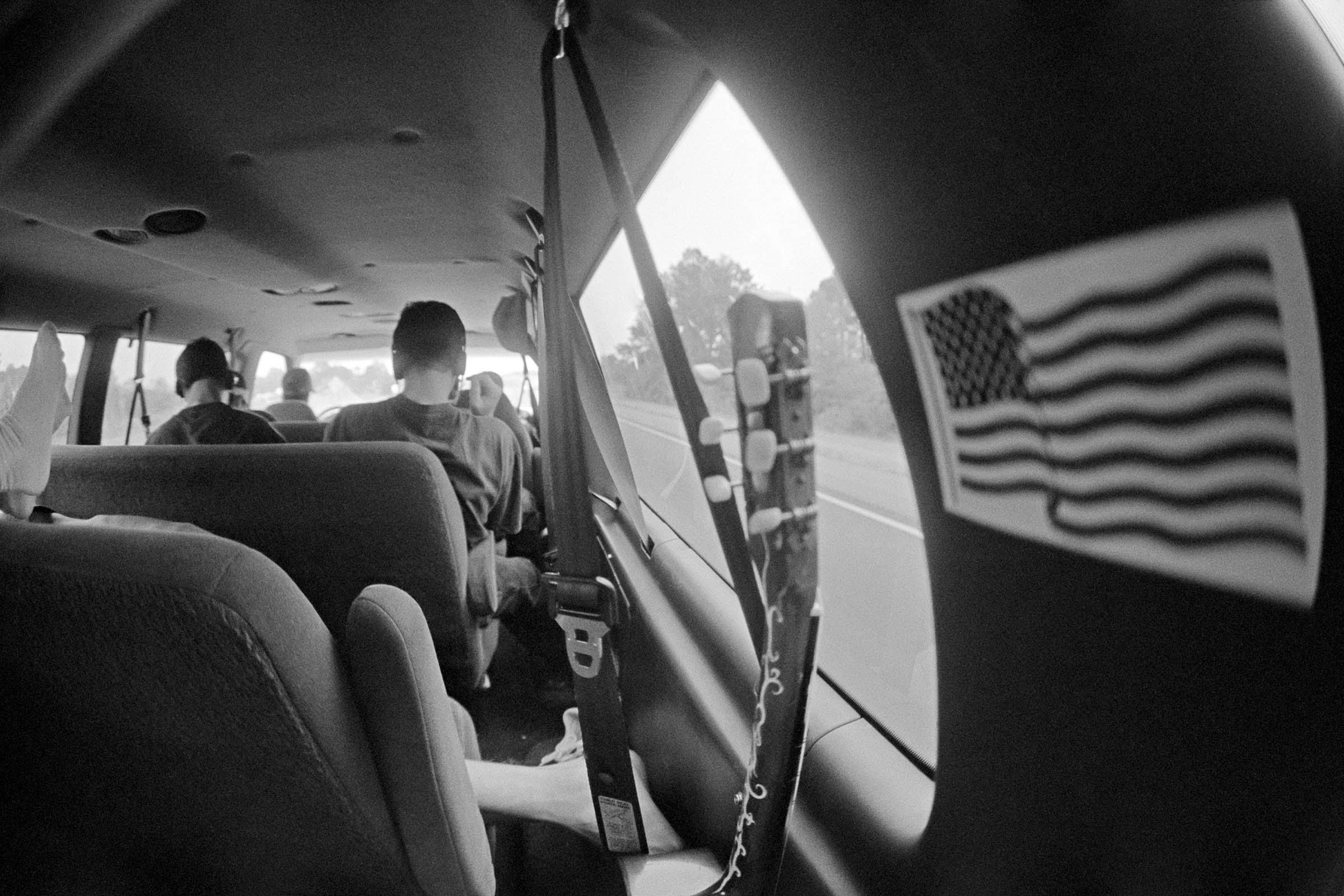 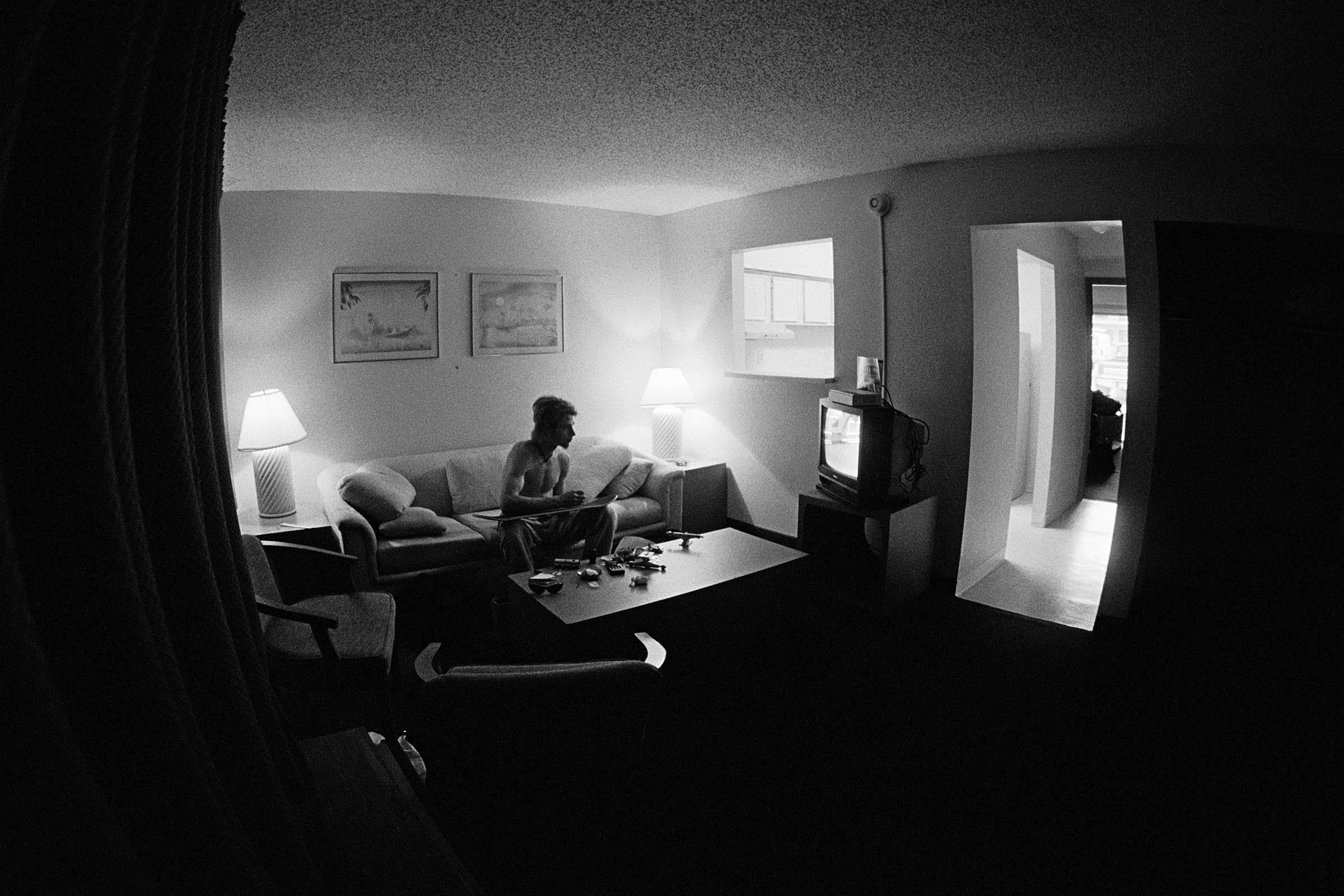 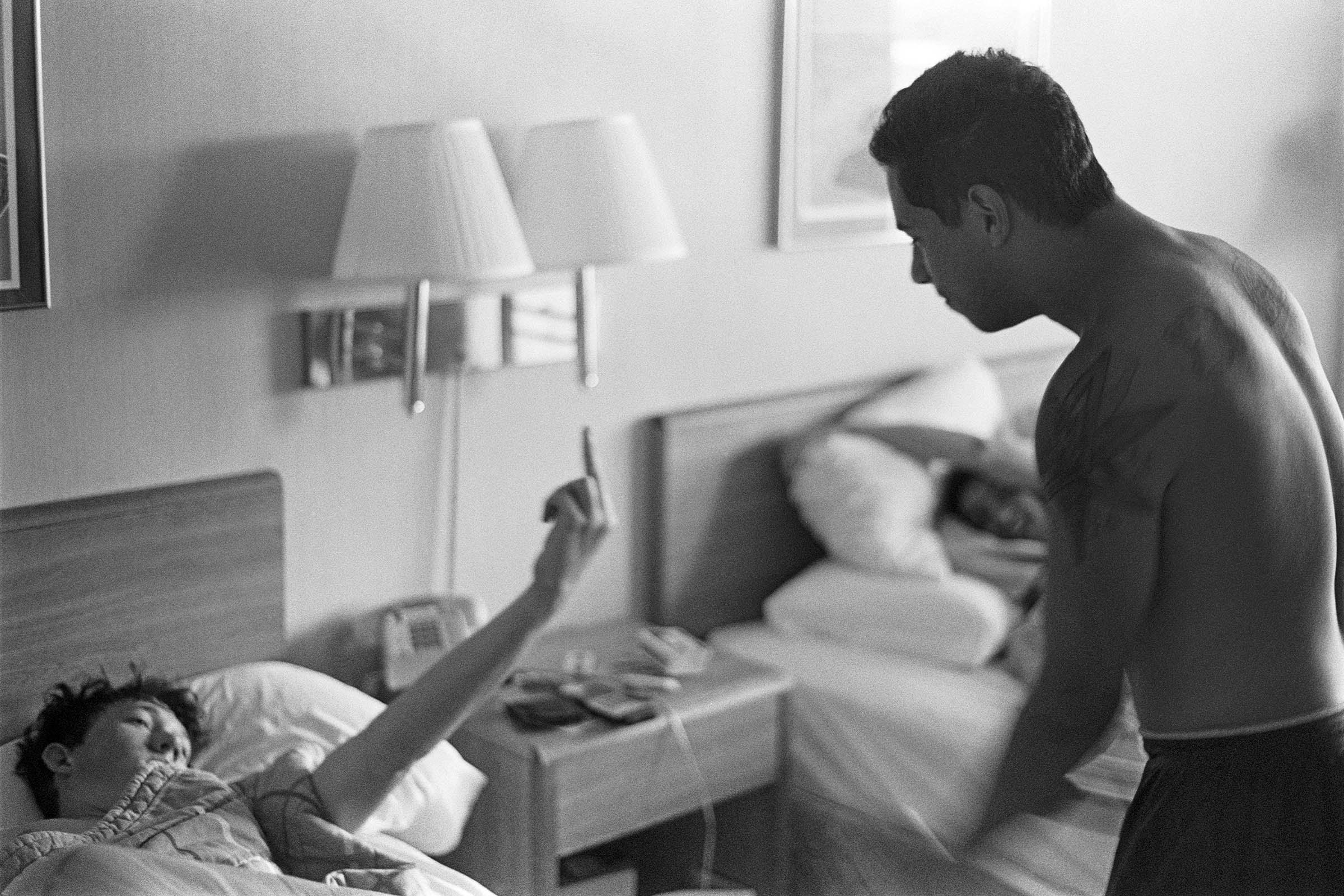 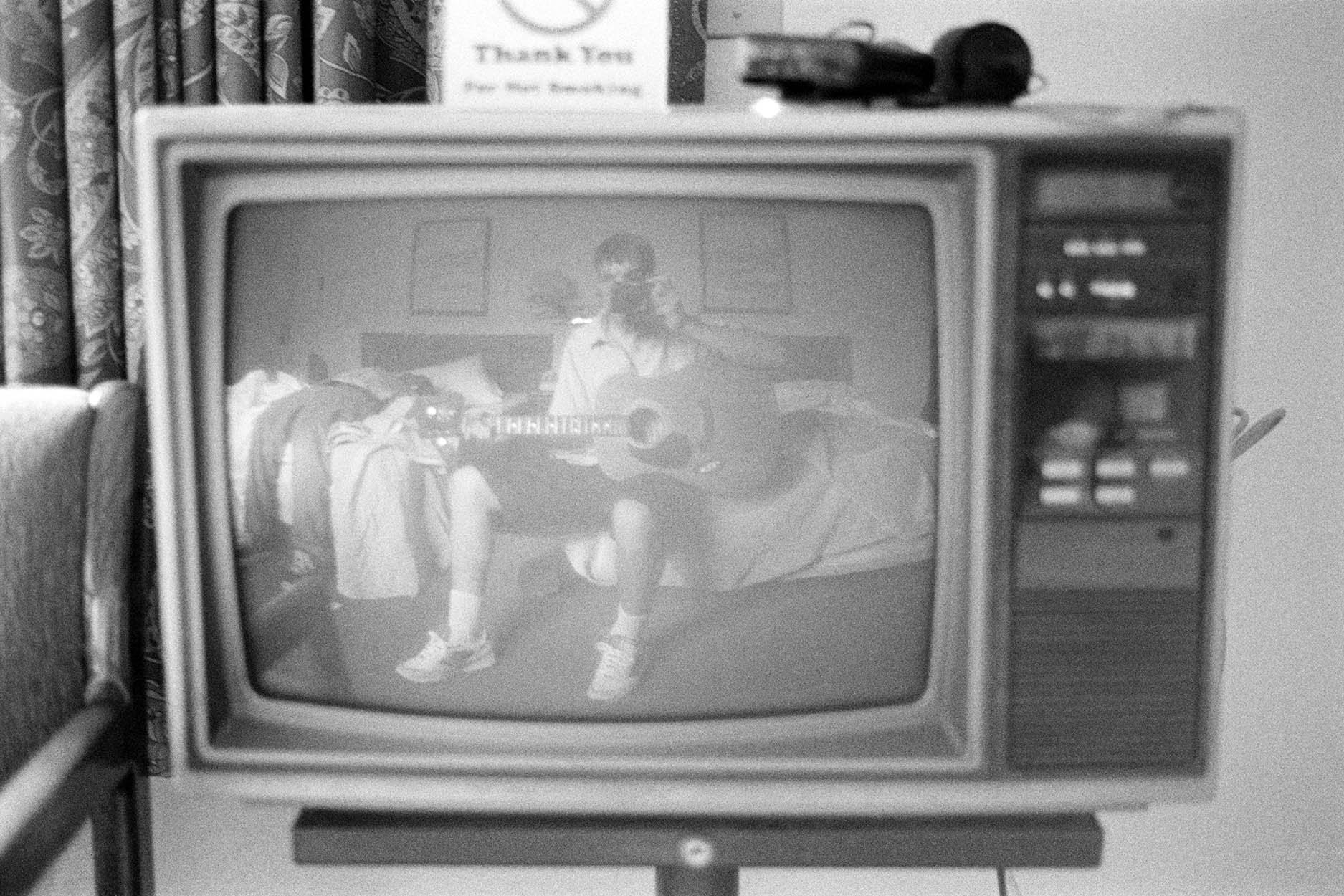 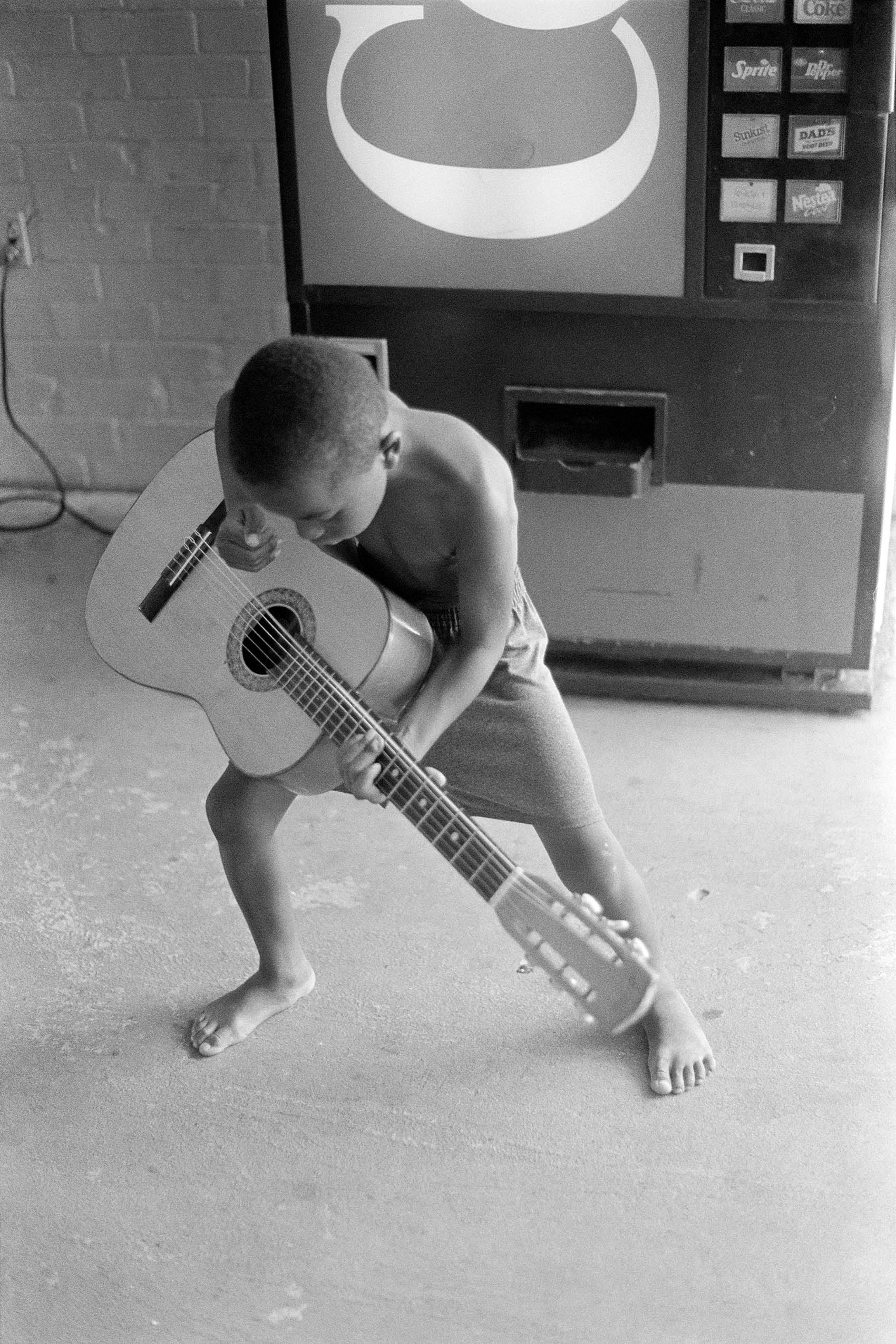 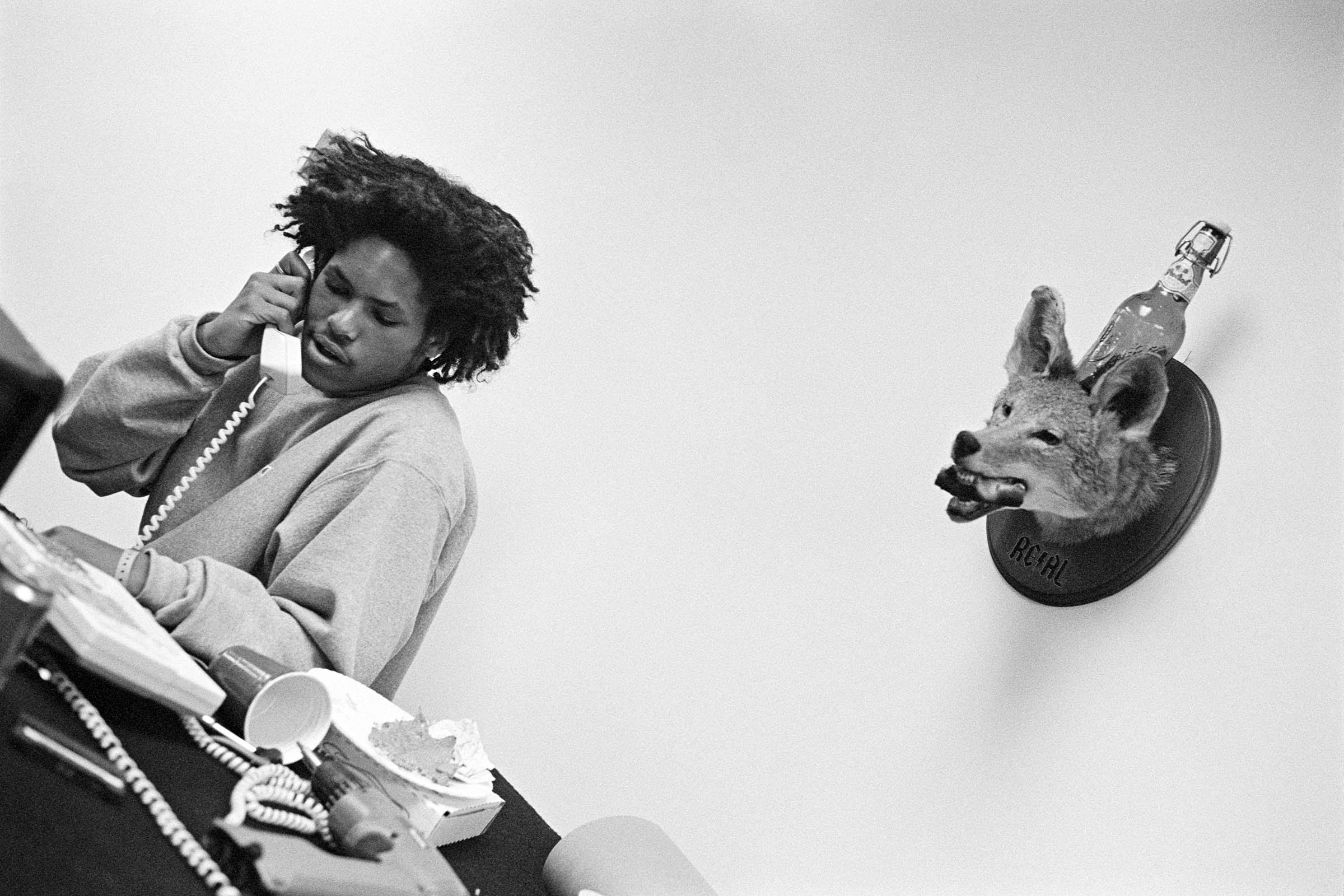 20th Century Summer is out now on Film Photographic Books.

Linkedin
RELATED ARTICLES
OTHER ARTICLES
Zsófia Sivák’s ongoing project documents the country’s tavern culture, preserving a once defining part of rural life.
After building his reputation covering the US civil rights movement in the 1960s, the photographer went on to produce some of the most enduring images of the past century.
After fleeing the war in Ukraine, people are finding it impossible to secure affordable and decent housing in the UK.
The first-generation graffiti artist reflects on the tagging’s emergence as an art form and the players who pushed the medium forward.
Jeffrey Henson Scales intimate portraits and protest images of the BPP and its leaders offer a rare insight into organisation at a time of societal upheaval.
David 'Dee' Delgado’s photo project is about honouring and uplifting the city of his youth, and a world rapidly disappearing under the relentless onslaught of gentrification.