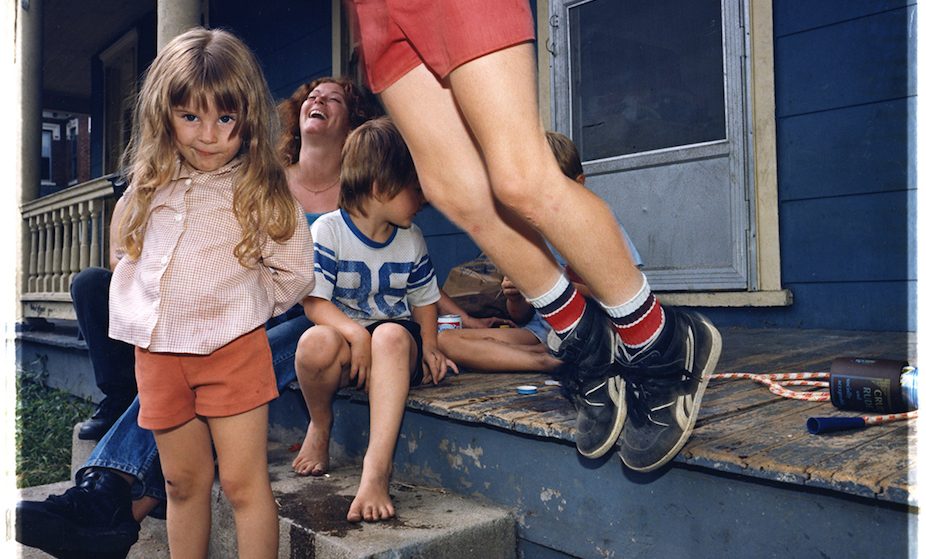 Photographer Jack D. Teemer travelled through US cities to create a vivid document of a region in decline.

Photographer Jack D. Teemer travelled through cities including Cleveland, Pittsburgh, Dayton and Columbus to create a vivid document of a region in decline.

The Industrial Age in America kicked off following the Civil War as workers made their way through the northern Midwest, finding employment in industries like steel and mining in what is known as the Rust Belt. The manufacturing sector soared, peaking in 1953, and then heading into a decline from which it never recovered.

By the 1980s, the Rust Belt symbolised devastating economic loss and heralded the destruction of the urban working class. At that time, American photographer Jack D. Teemer (1948–1992) began traveling through cities including Cleveland, Pittsburgh, Dayton, Columbus, and Cincinnati, creating a cinematic portrait of a region that was deteriorating before his very eyes.

“I wanted to produce a body of work that reveals human values and relationships, largely through the innocence of children, in working-class urban neighbourhoods where people appear to live on the edge and who seem to have little control over their destiny,” Teemer once said. “While both disturbing and beautiful, I find this work reveals a duality between a chaotic and sometimes impoverished environment with that of a celebration, innocence, and love for life.” 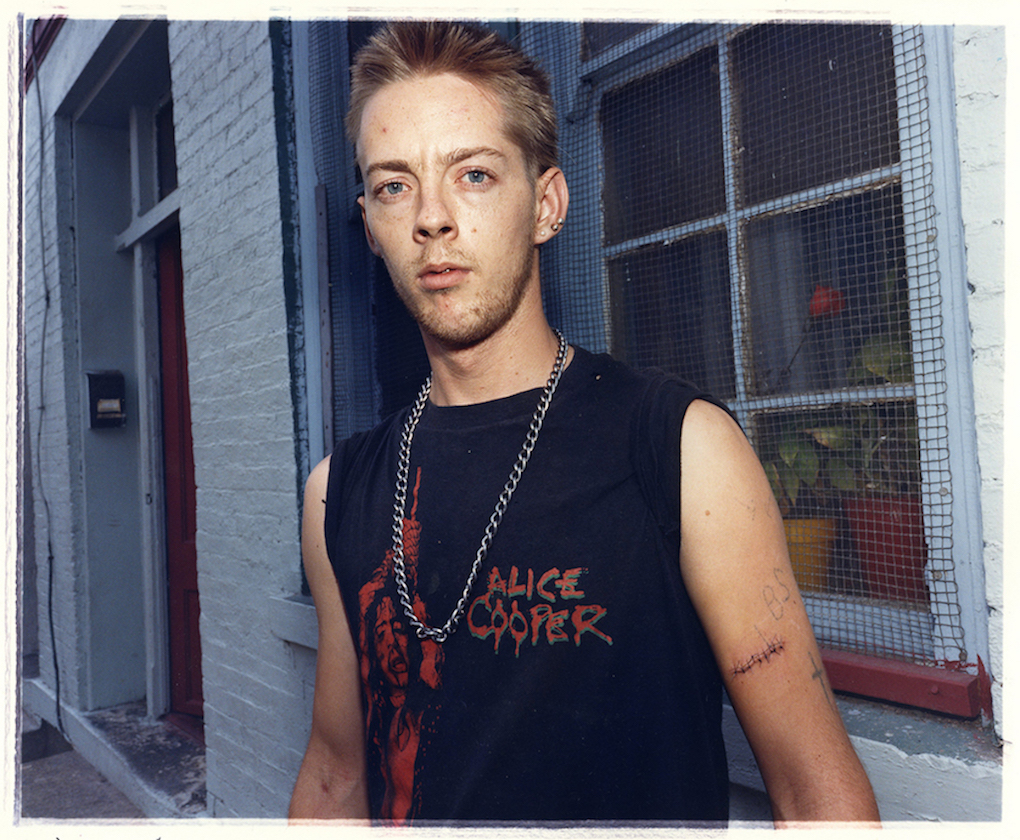 Collected in the book, Rust Belt (Nazraeli Press), Teemer’s large format photographs chronicle these cities and their residents in crisp detail, creating works that are both environmental portraits and documentation of disappearing social traditions. Teemer’s vivid images document communities that have seen better days, yet continue to hope for a better future.

Although these photographs were exhibited alongside those of Joel Meyerowitz, Stephen Shore, and William Eggleston in the 1987 survey, American Independents: Eighteen Color Photographers, Teemer never received the recognition he deserved. “There’s sentimentalism in Teemer’s work that makes him stand out, and perhaps that’s one of the reasons he was overlooked,” says gallerist Joseph Bellows, who represents the photographer’s work.

Teemer’s work also embraced a humanist ethos at a time when the art world deemed documentary photography “unfashionable”. As institutions begin to shift their stance in response to the political forces shaping our world, Teemer’s photographs articulate an important chapter of American history that resonates today. 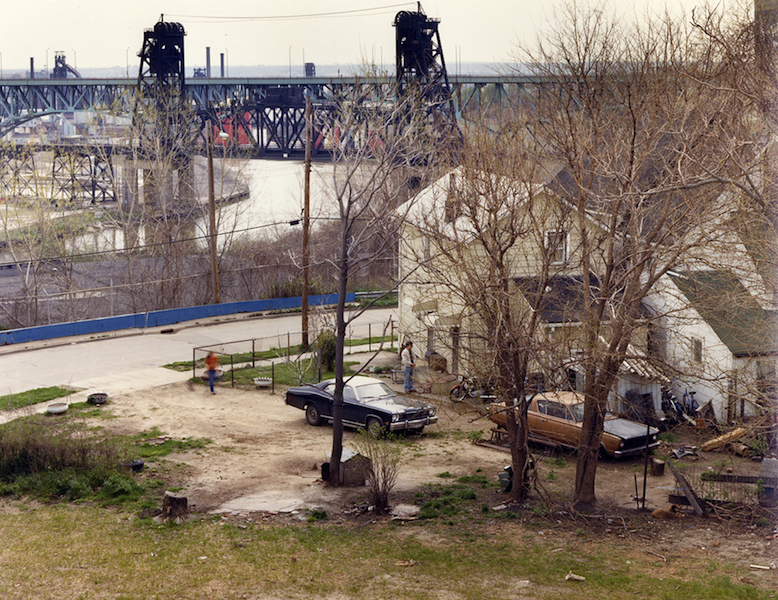 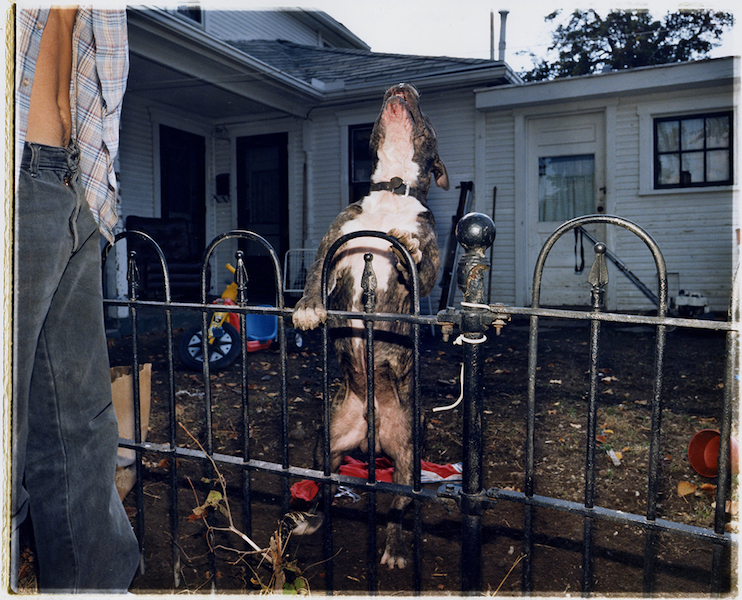 In 2019, acclaimed writer, photographer, and critic Teju Cole included one of Teemer’s images from this series in his first major curatorial project, Go Down Moses. Cole recognised in Teemer’s work a story of despair and hope that linked the present to the past within the larger tapestry of American life.

Speaking about the work, Teemer said: “It’s difficult to get something that will penetrate to other issues, which juxtaposes once-thriving manufacturing infrastructure with the tender intimacies of residential life.”

And yet Teemer did just that. Amid the vast landscapes, children play, adding a poignant sense of innocence amid the loss on display. “I’m interested in the children’s innocence, how they haven’t been biased by life, haven’t been limited yet by rules and prejudices, and in how they perceive others,” Teemer explained.

For Bellows, Teemer’s photographs remind him of home – of a childhood spent in Rochester, New York, the former manufacturing capital of the photography world. “It’s very nostalgic for anyone who came from a city shaped by heavy industry.” 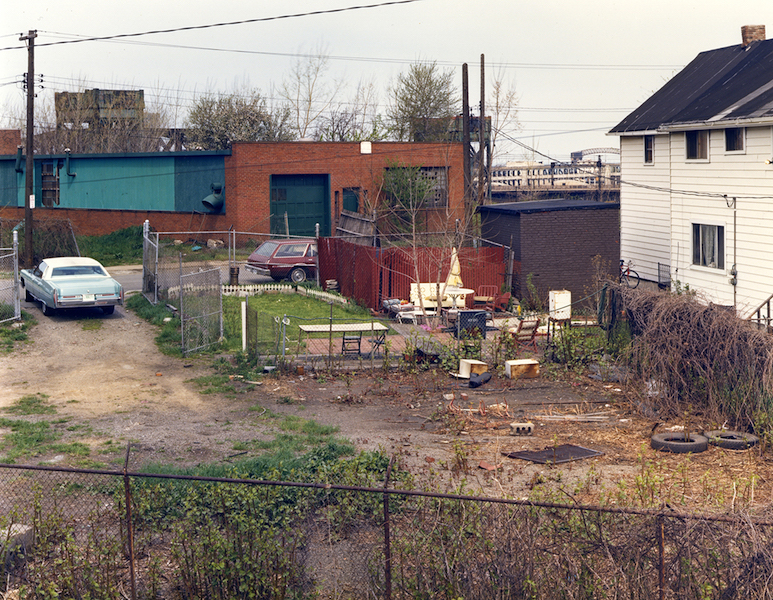 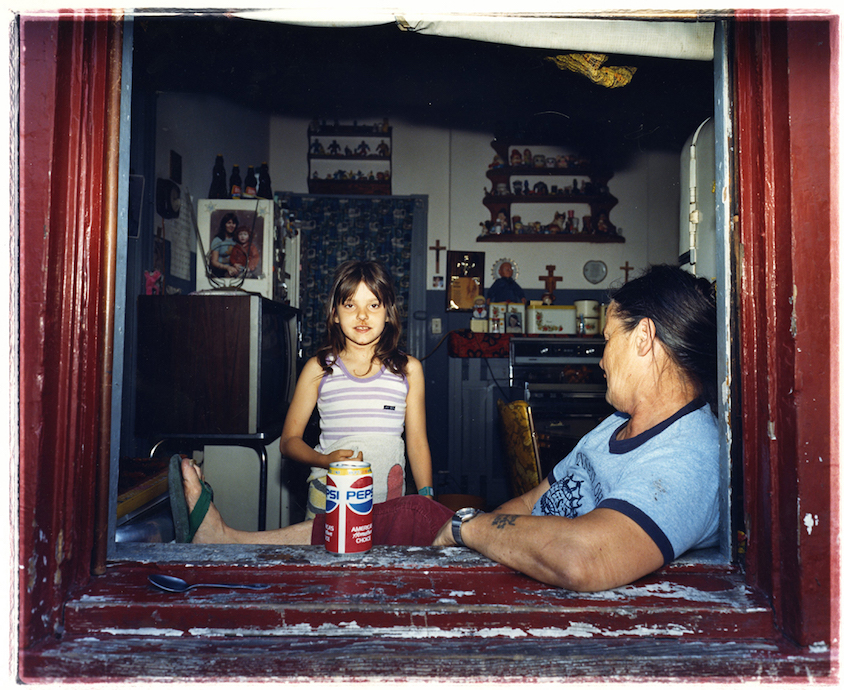 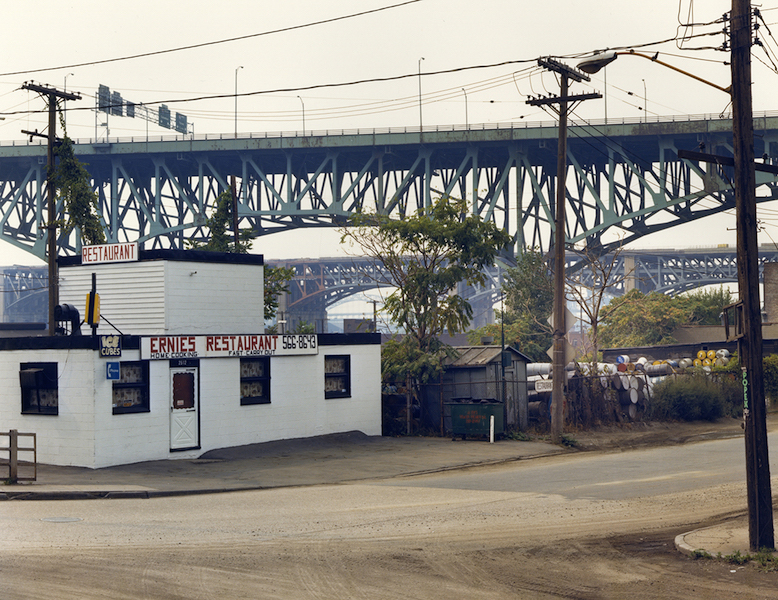 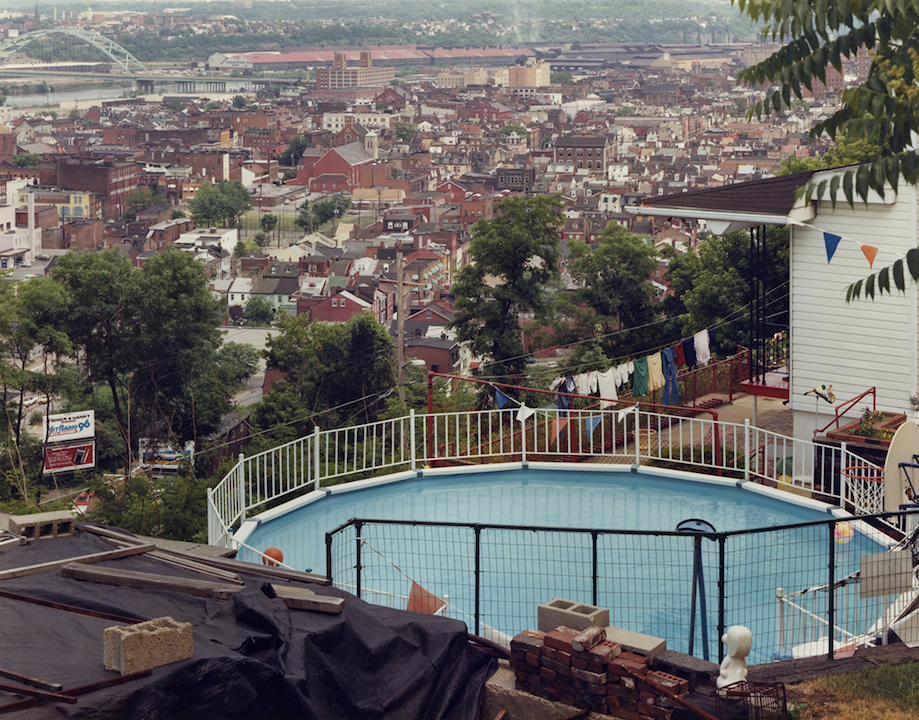 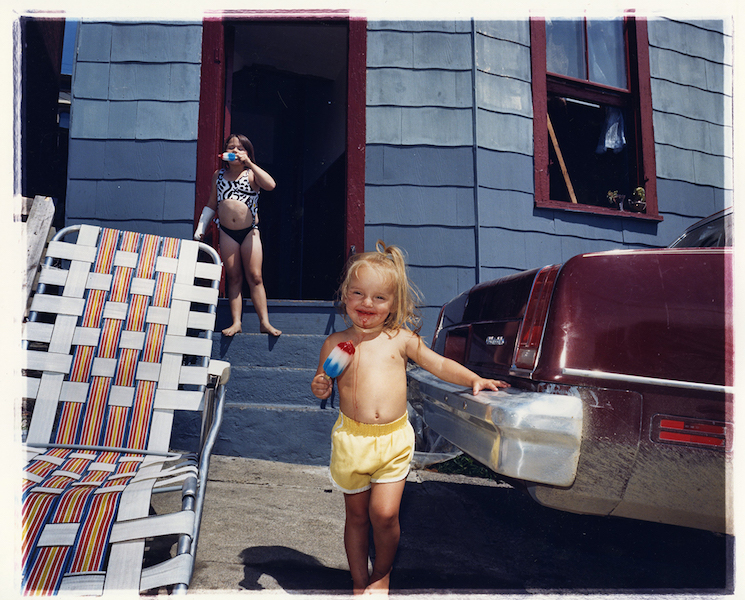 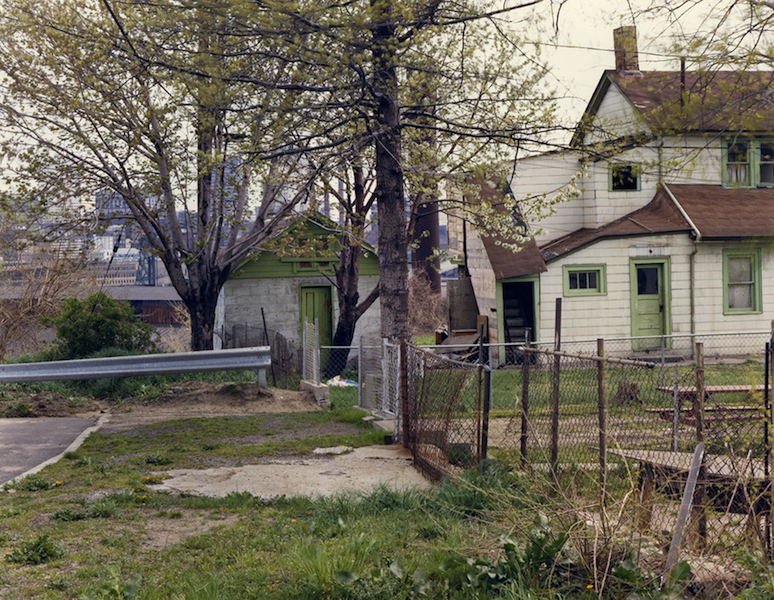 Rust Belt is out now on Nazraeli Press.

Linkedin
RELATED ARTICLES
OTHER ARTICLES
In the latest instalment of Photographers in Conversation, the creator talks portraiture, platforms and taking inspiration from Little Simz.
A sharp increase in officers armed with the electrical weapon is resulting in serious injuries and deaths.
With the virus now a global health emergency, we must take steps to fight misinformation and demand a swift UK-wide vaccine roll out, writes Phil Samba.
Photographer Bud Glick recounts documenting everyday life in the area, and what it taught him about the Chinese immigrant experience.
Yesterday, rail workers came together to protest poor pay, working conditions and job cuts in their latest round of strikes.
Following the release of his latest album, the rapper talks about finding a new approach to songwriting, attitudes to poverty, and why his music is more than a political statement.