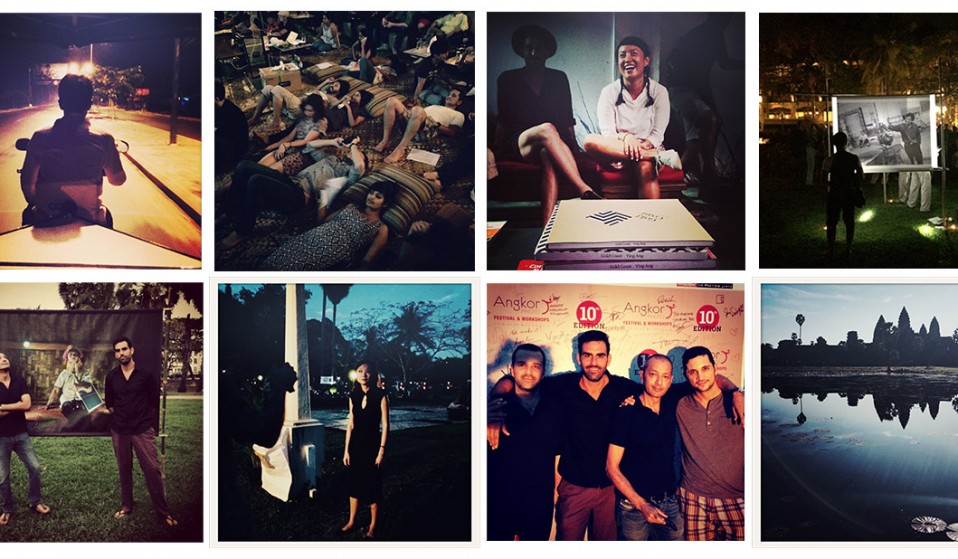 Working as an editor in New York on projects in Asia is always complex. You are more or less 12 hours away from everyone. Your morning is their evening and vice-versa. So I decided to jump on a 20-hour flight and 30 minute tuk-tuk ride to meet my colleagues in person at Angkor Photo, the biggest and oldest photo festival in South East Asia. 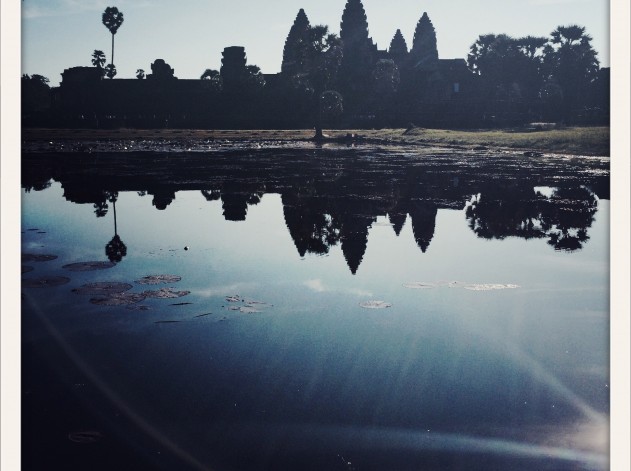 The festival celebrated its tenth anniversary this year and took place over eight days in Siem Reap, Cambodia. Siem Reap is a bustling city, full of expats, tourists and backpackers, most of whom are there to visit Angkor Wat: the largest religious temple in the world, which was built by a Khmer king in the 12th century. From November 29 to December 6 2014, it was also flooded with attendees to Angkor Photo, held in town and the vast temple complex just outside the city limits.

My day started with the book presentations at Loft Café, the headquarters of the festival. I really enjoyed the new book Shauna by Sean Li. 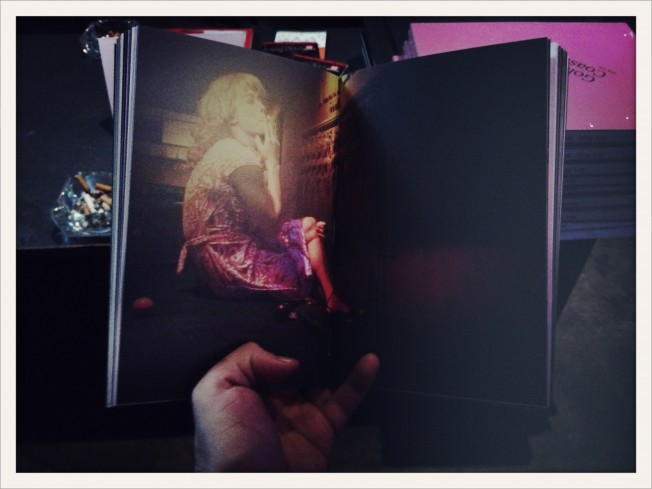 For three years Sean inhabited the persona of a ladyboy. Under the neon lights of Siem Reap, every bar became a set and every street, a stage. I was struck by the complexity and beauty of this project, where Li stood as a performer, director and photographer, sometimes taking the pictures, other times directing someone else to photograph, all while playing the role of Shauna full time. 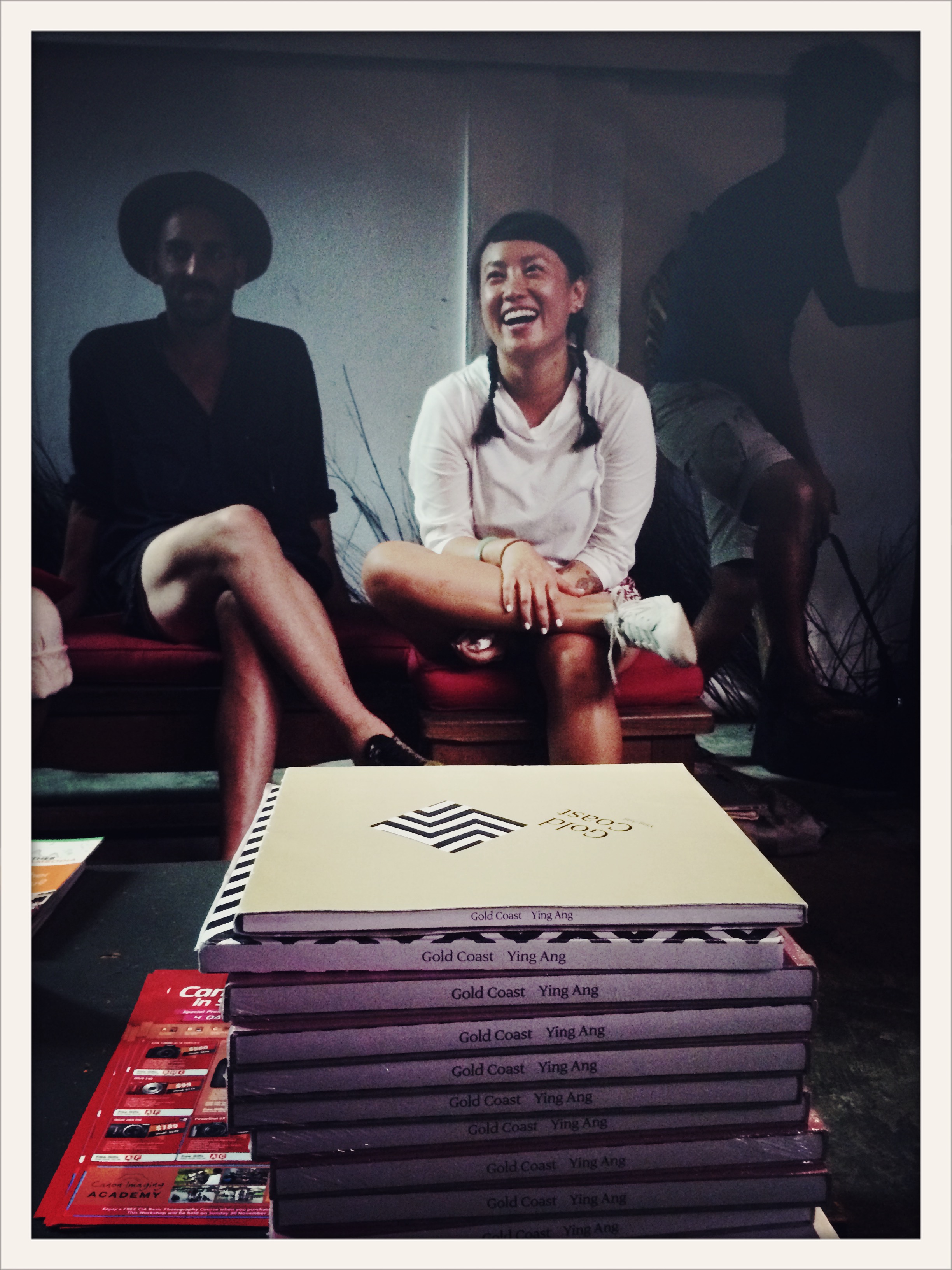 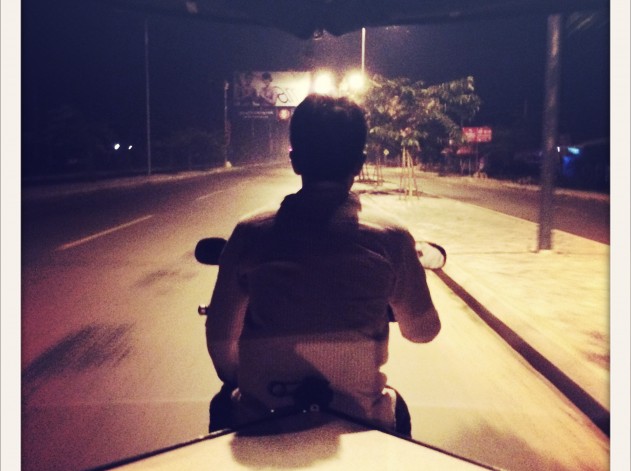 Tuk-Tuk ride through the streets of Siem Reap.

After the book presentation we jumped in a tuk-tuk across the city to one of the openings designed by festival director Jean Yves and his team. He always surprises us with the site-specific settings for the work exhibited. 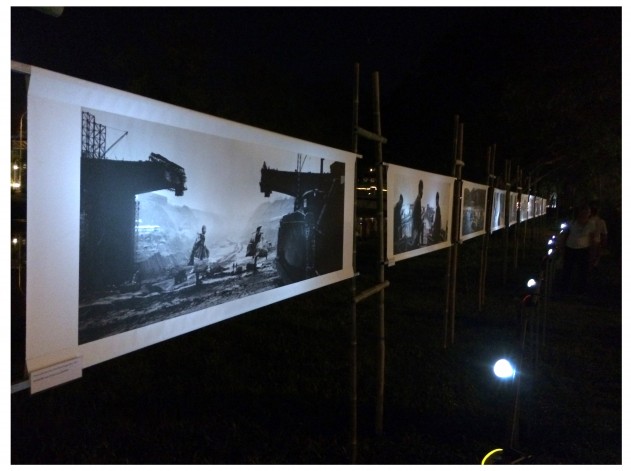 A Quiet River: Construction of the Three Gorges Dam by Zeng Nian

A Quiet River: Construction of the Three Gorges Dam by Zeng Nian, for example, was displayed on the Siem Reap riverside. 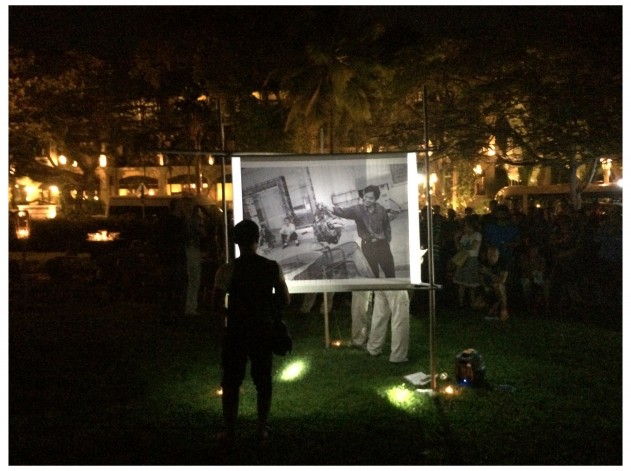 Trading To Extinction by Patrick Brown

Patrick Brown’s Trading To Extinction was shown at night in the Royal Garden. When you arrived each visitor was equipped with a flashlight to allow them to discover the illegal trade of endangered animals in Asia, pictured on large prints scattered around the garden. 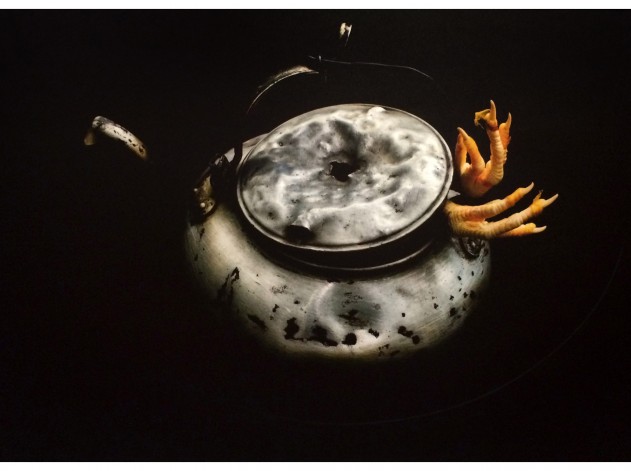 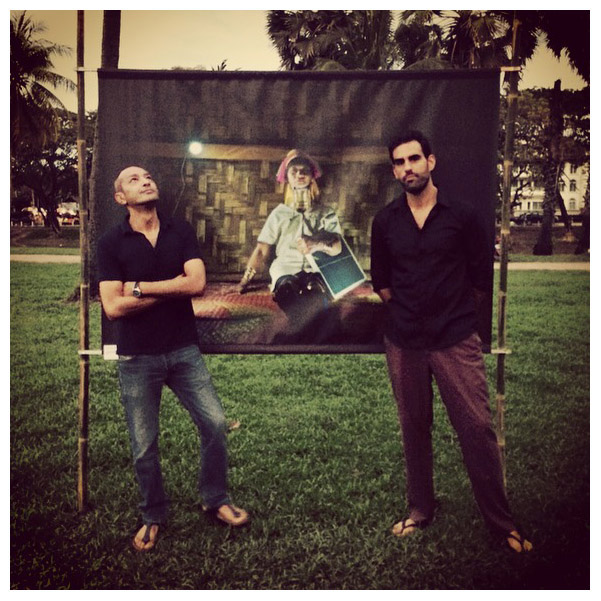 I jumped in another tuk-tuk and rushed to the the former French colonial governor’s mansion – which is now a trendy restaurant – to get a seat for the projections. I joined the other guests lying on a parterre of bamboo matting the size of two tennis courts in front of the screen. 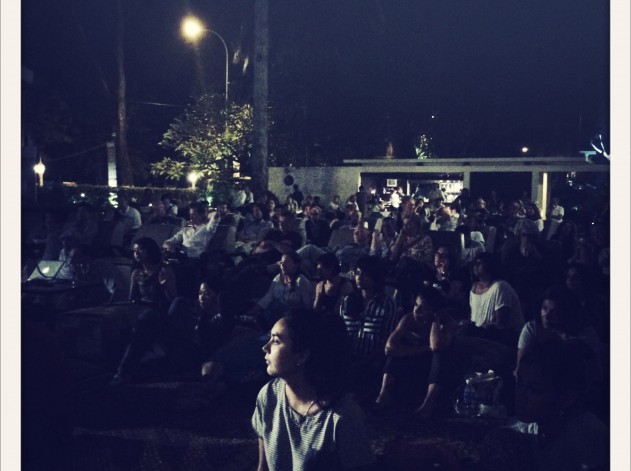 A fantastic ambiance was built up around the work curated by Francoise Caille. I particularly enjoyed Patrick Chauvel’s project on Ceux du Nord, never-before-seen photographs from the Vietnam War taken by the other side: Vietnamese photographers. I cannot wait to see how audiences react to these images when they come to the United States. I overheard that Patrick Chauvel brought all the Vietnamese photographers to dinner with Don McCullin in Paris and recorded their conversations. Imagine these senior photographers talking about the same war, the same front line, but from a different side. Another memorable projection was my discovery of Alumnis. So many talented photographers have been getting a chance to express themselves through the workshop at Angkor Wat. It was beautiful to witness. 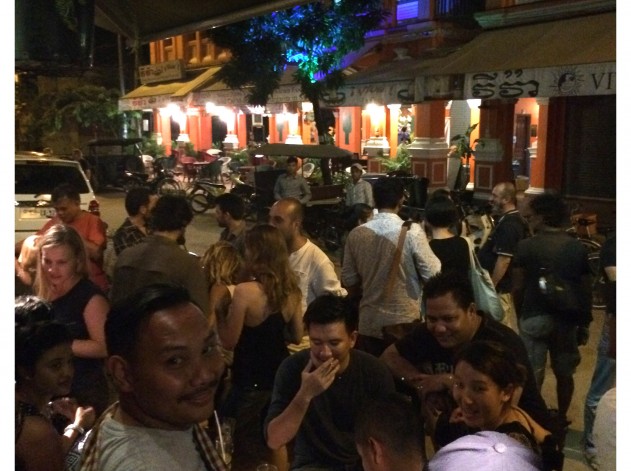 Into another tuk-tuk to meet everyone at the Laundry Bar. For those familiar with Visa pour l’Image in Perpignan, it’s the ‘Café de la Poste’ of Cambodia. A big crowd is invaded the bar, the terrace, and the street to discuss photography, projects and assignments. The region seems to have more stories than photographers and that makes it an El Dorado for storytellers. After a few fancy drinks at one-dollar-a-piece I had only one regret: Why aren’t more editors from around the world coming to discover this incredible photo community?

Find out more about Angkor Photo.

Julien Jourdes is the co-founder of Blink, a real-time location platform that enables media companies to discover, connect, and organise a global network of media professionals.

Linkedin
RELATED ARTICLES
OTHER ARTICLES
Photographer Melanie Nissen recalls capturing the characters, fashions and rarefied chaos of a rapidly-expanding set of punk bands who helped to redefine the genre.
In the UK, Hongkongers are continuing to stand in solidarity with the pro-democracy movement.
The musician, DJ and founder of Monika Enterprise reflects on a career defined by revolution and rule-breaking.
Photographer Yan Morvan revisits a radical moment in history, which saw the emergence of a fiercely-rebellious spirit among the UK‘s youth.
In 1984, Martin Shakeshaft set out to document the miner’s strike as it really happened, using his photography as a tool for activism.
In Sheffield, food delivery drivers are fighting back against one of the giants of the gig economy.