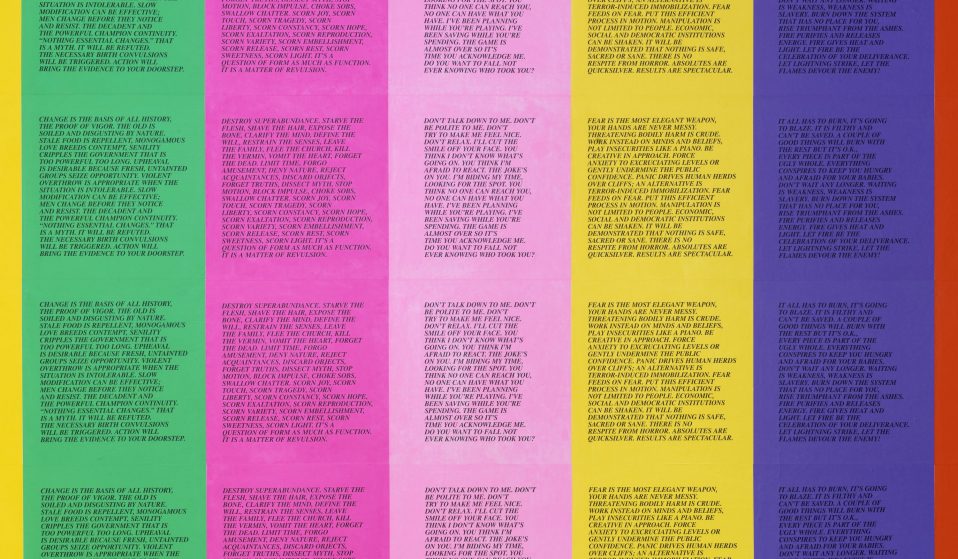 Visual Language looks at the effects of words in contemporary art; from Jenny Holzer and Guerrilla Girls to Dface and Ed Ruscha.

Visual Language looks at the effects of words in contemporary art; from Jenny Holzer and Guerrilla Girls to Dface and Ed Ruscha.

Crossing states in its realisation, Visual Language is a new bi-coastal exhibition that compels us to consider the function of words and their use in art – whether its to provoke, exclaim or manipulate.

Often satirical, sometimes comical, and always provocative, the pieces displayed engage viewers in a dialogue about the influence of language. With the galleries curated so that the artists juxtapose or compliment one another’s ideas, we are left with a great appreciation for the value and weight of word within art. 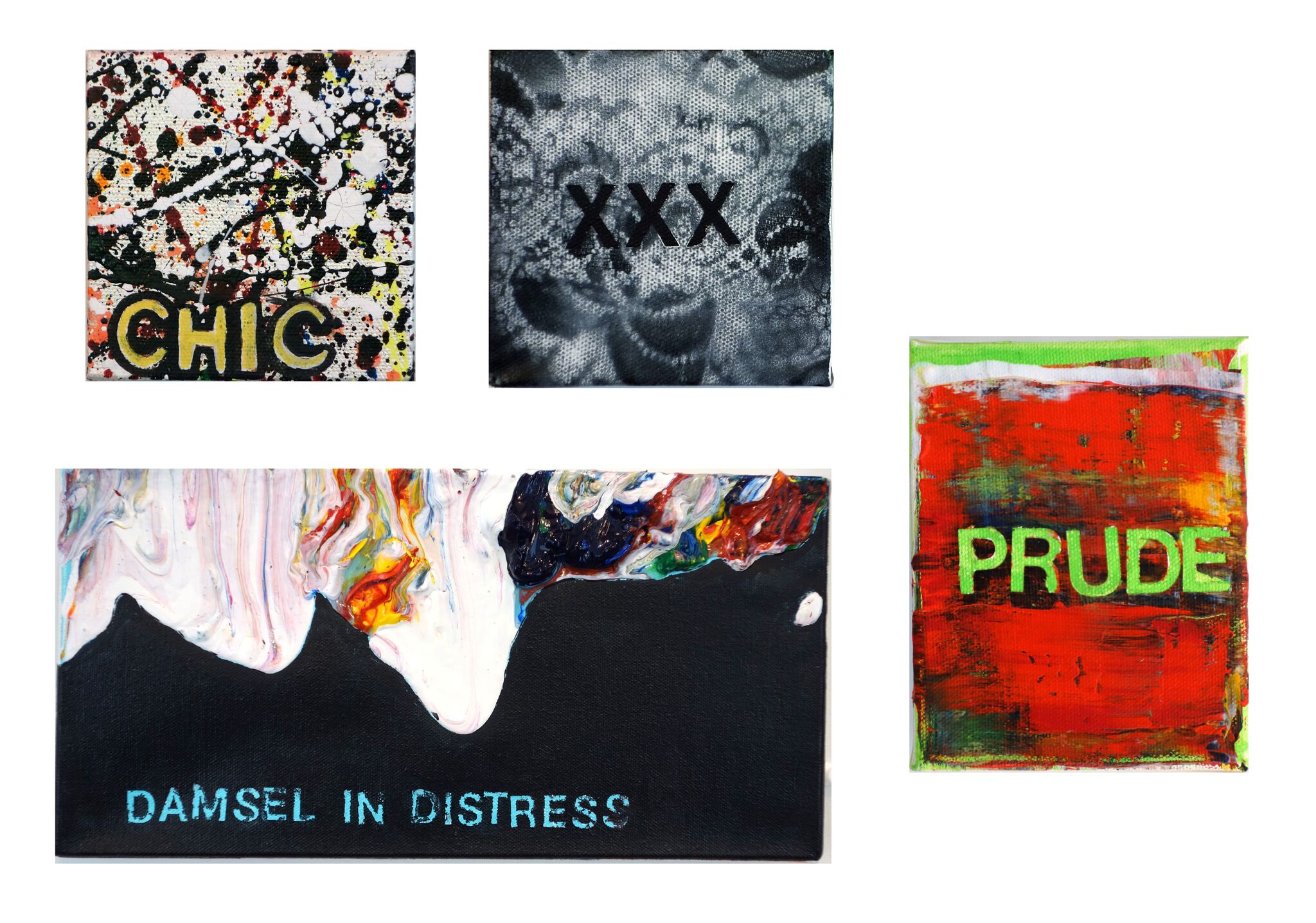 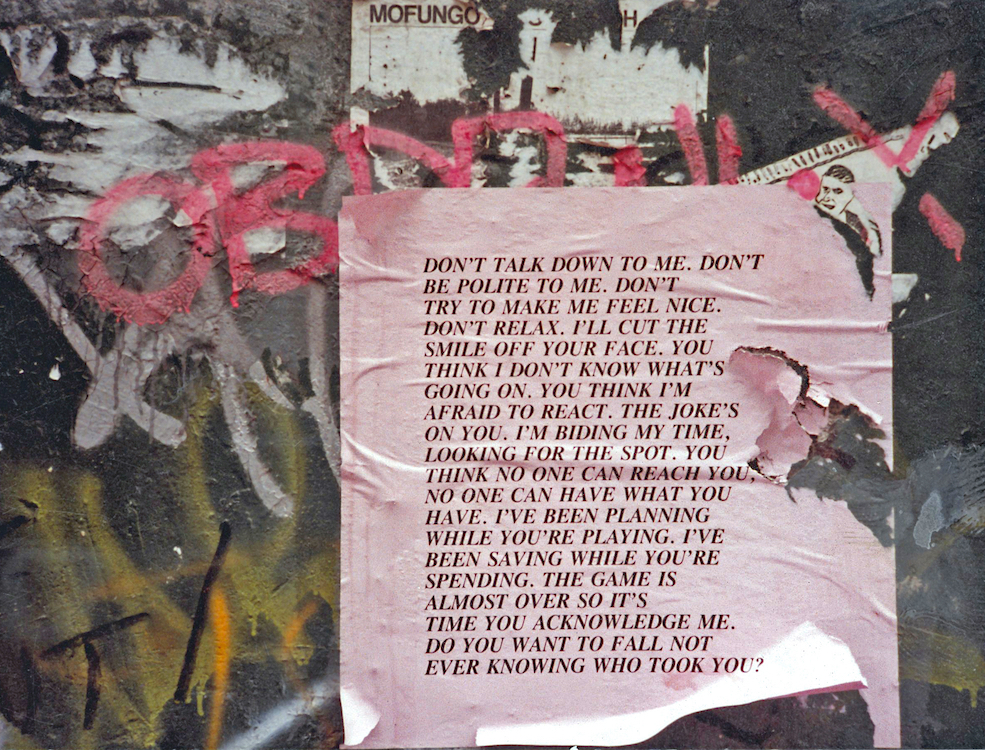 “Though I don’t think that all art needs to be political, and not all of the art in Visual Language is political, I do think it is an important moment for artists who want to make political statements through their art to have a platform,” explains Shepard Fairey, one of the exhibition’s curators. “I chose artists based on a love of their work but also a respect for their vision.”

Co-curator Richard Scarry adds that the artists involved were chosen for their sharp recognition of the power and importance that word and image have when combined within the art world. 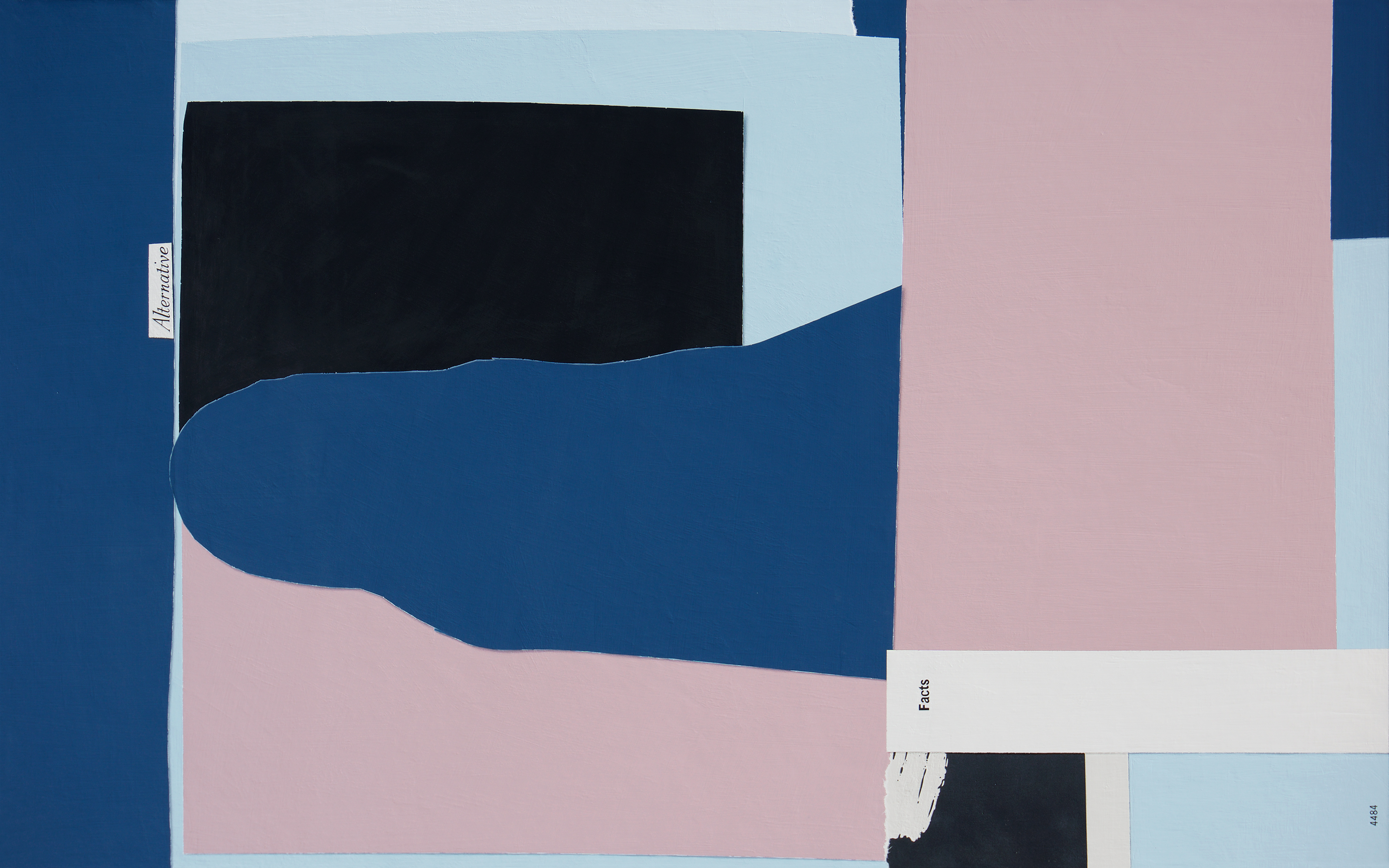 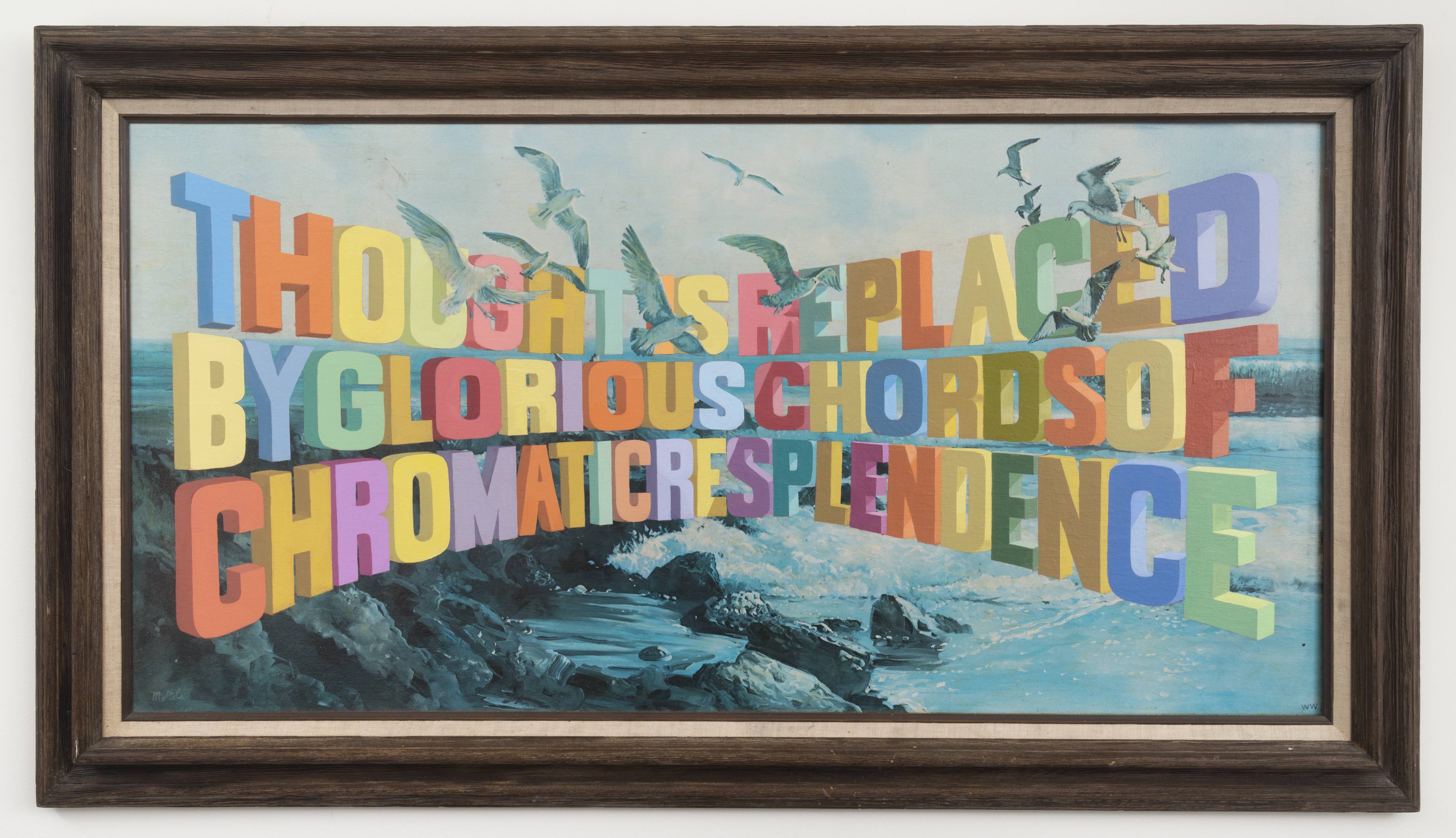 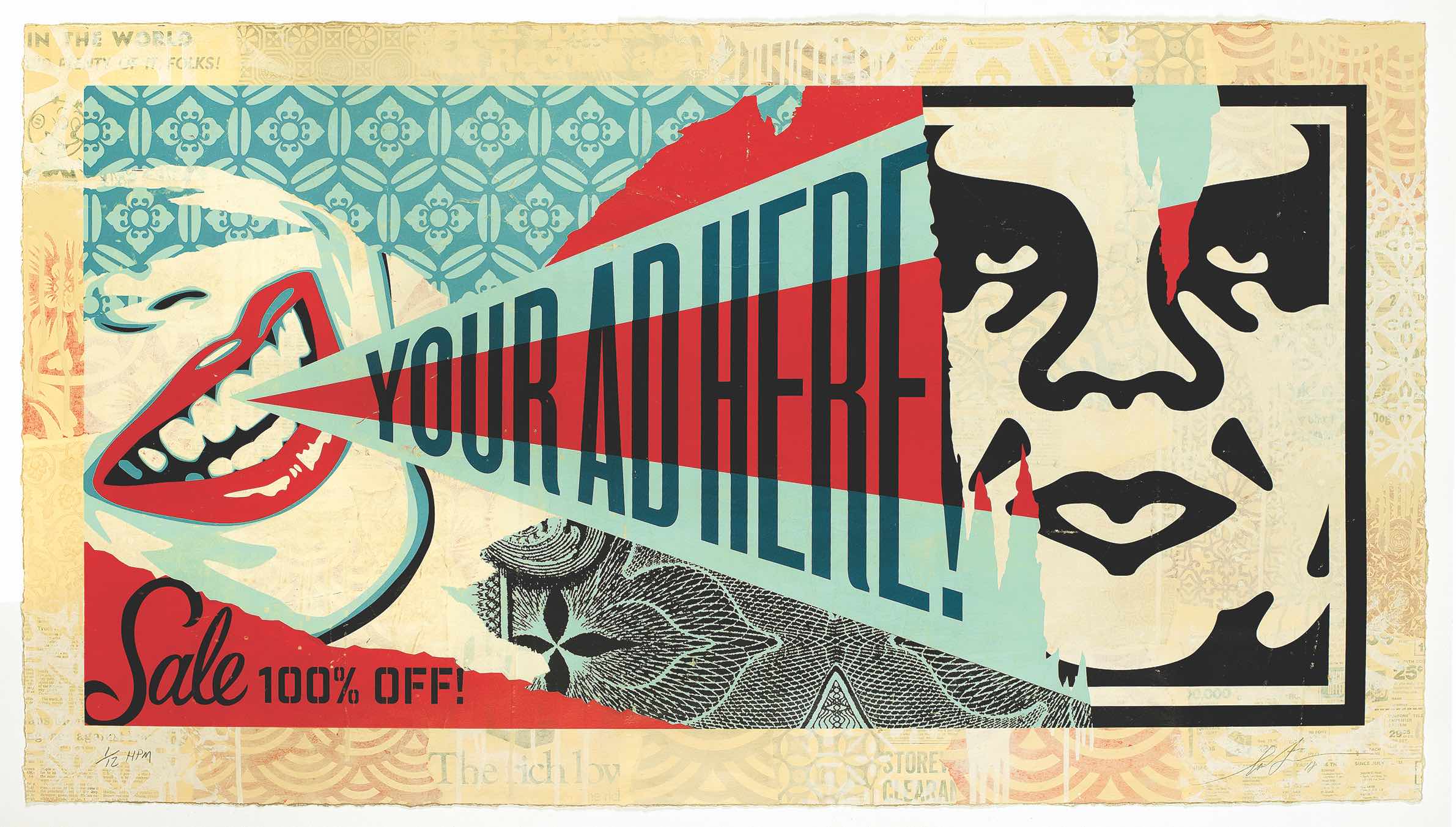 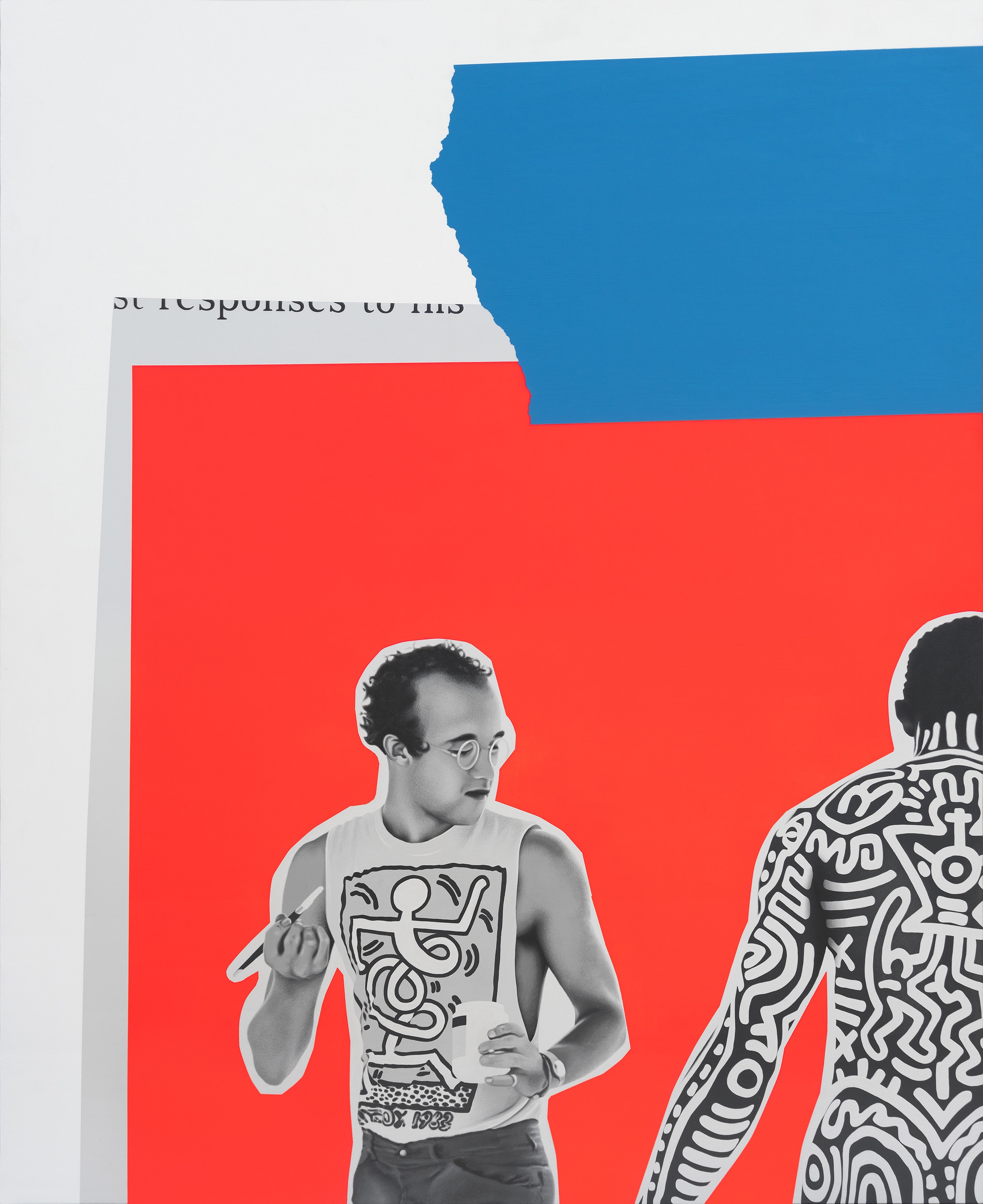 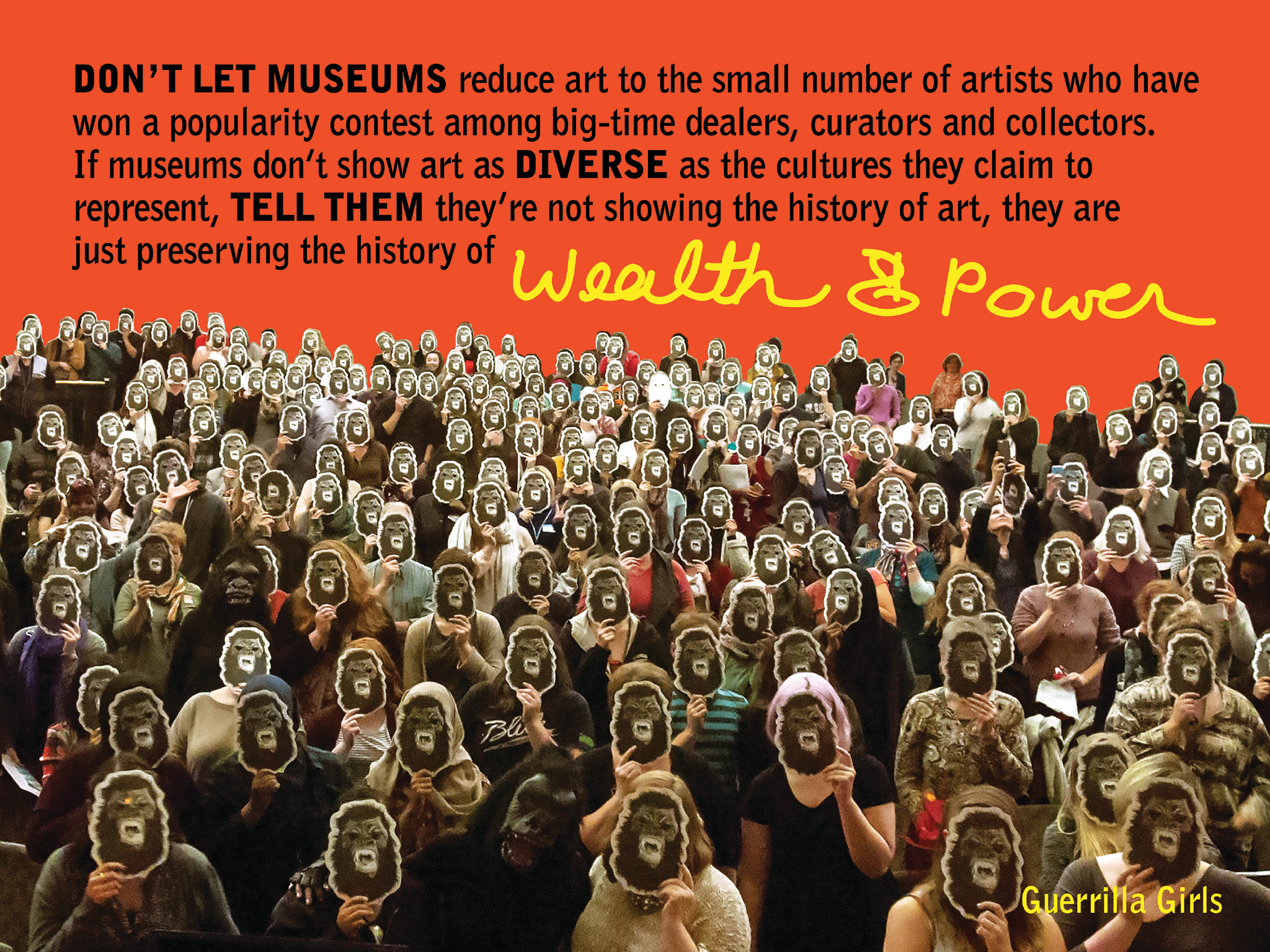 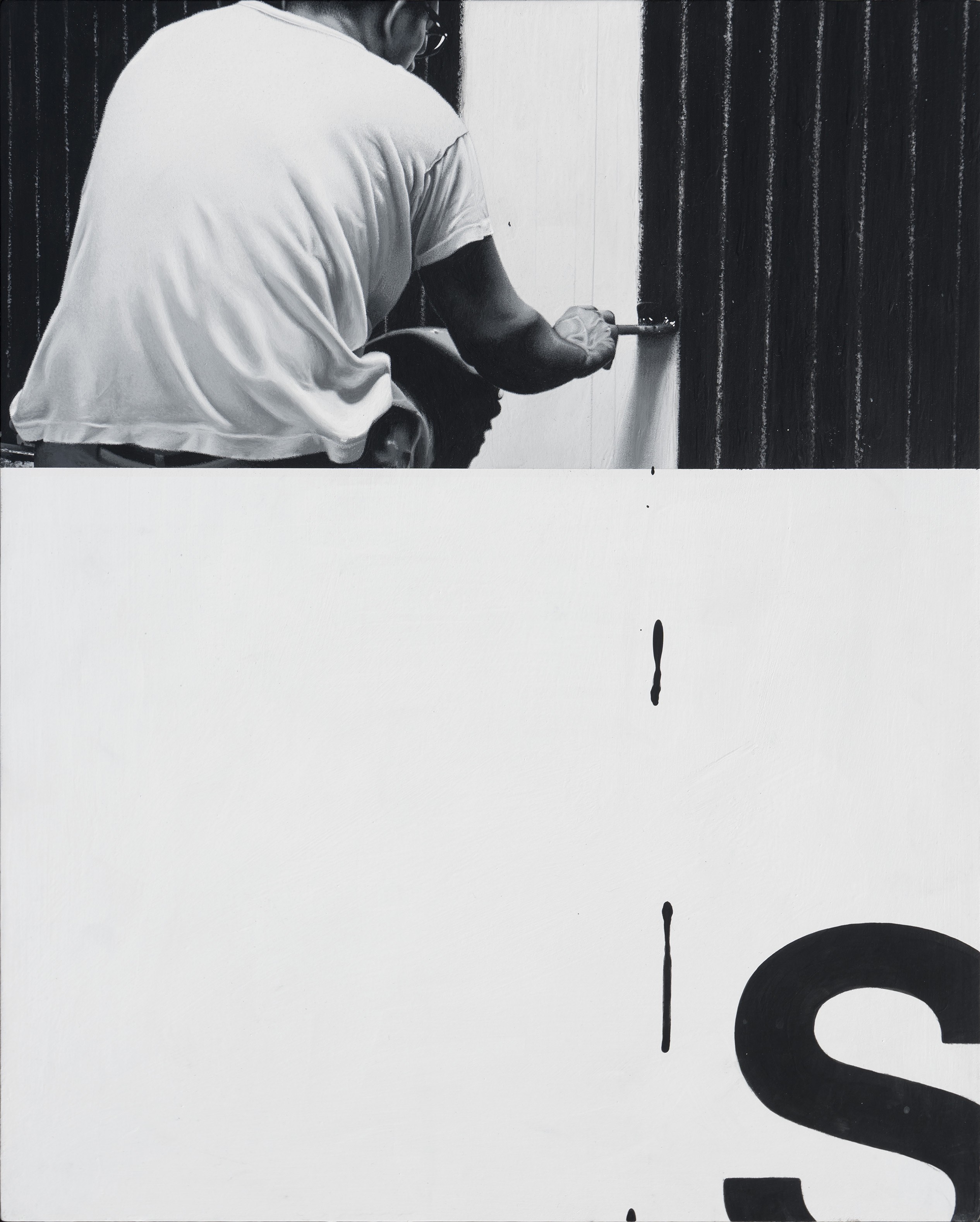 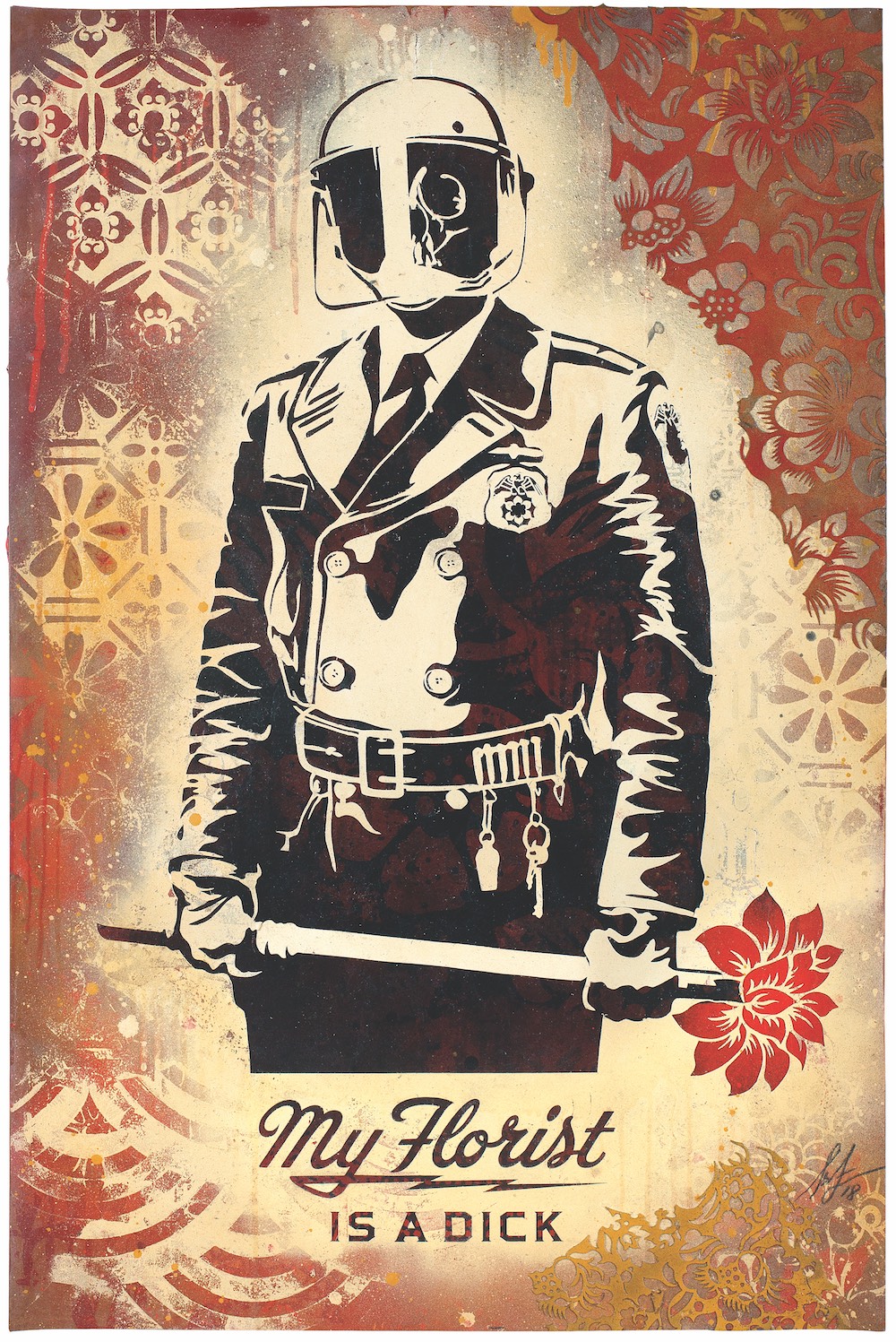 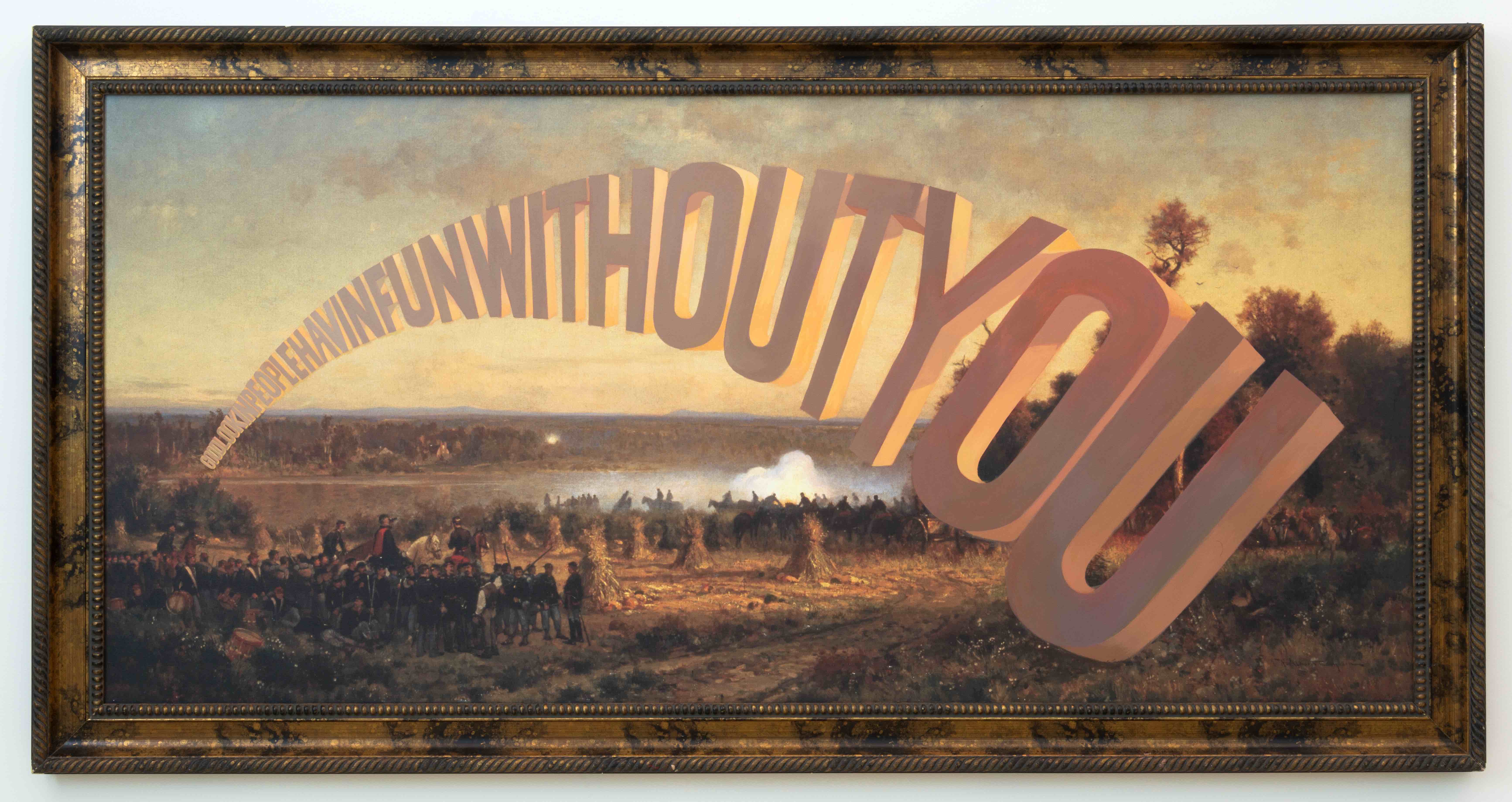 Linkedin
RELATED ARTICLES
OTHER ARTICLES
The novelist discusses his electrifying debut, which offers a deft examination of masculinity under late capitalism.
With abuse of call-centre staff on the rise, many are now speaking out about the hostility they’ve faced.
While police claim that body cams increase accountability, the proliferation of the tech raises questions over who it really serves.
From Brooklyn gang members, to Welsh miners and the residents of East Harlem, Bruce Davidson used his camera to shine a light on the most marginalised.
Photographer Alice Mann reflects on capturing the camaraderie and discipline it takes to succeed in a highly-competitive sport.
Photographer Melanie Nissen recalls capturing the characters, fashions and rarefied chaos of a rapidly-expanding set of punk bands who helped to redefine the genre.