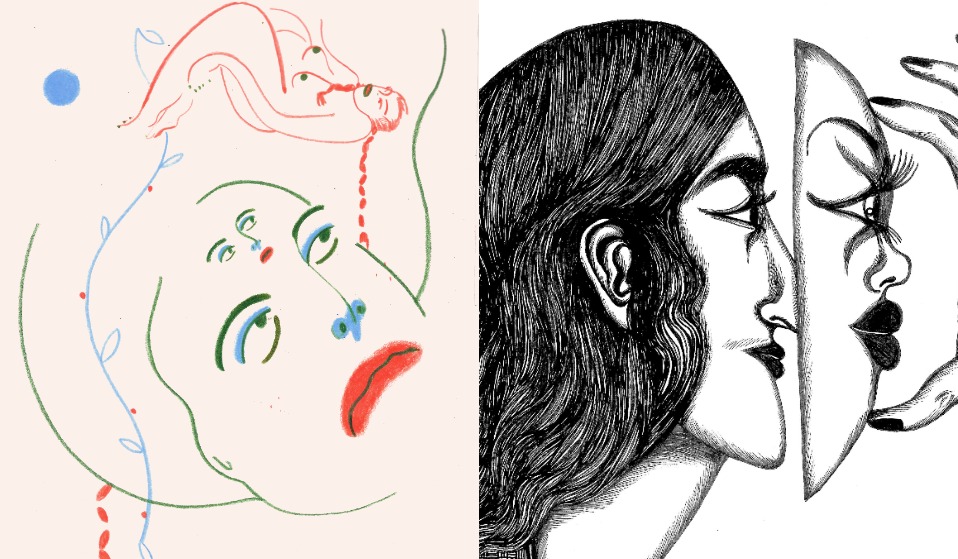 In The Middle Of It All is a new book showcasing the diverse experiences of Arabian womanhood, featuring contributions from writers, illustrators and photographers.

In The Middle Of It All is a new book showcasing the diverse experiences of Arabian womanhood, featuring contributions from writers, illustrators and photographers.

Arab women in the media rarely stray from silenced or sexualised, either switching between two extremes: the burka-clad or the exotic object. Bar the likes of Beirut-based indie film Caramel and Tel Aviv-set In Between, which focused exclusively on women and not the decades of war that has plagued Lebanon and Palestine, respectively, the intricacies of coming of age in the Middle East are still far and few between.

It’s this lack of representation that propelled Sara Bin Safwan to launch In The Middle Of It All, the first book of its kind to spotlight on the diverse and authentic experiences of young women coming of age in the Middle East, or as Sara tells Huck: “hopefully demystify the stereotypical notion of the Arab woman.”

While coming of age is universally relatable, conversely, in the Arab World, it’s an experience that’s often overlooked: “It’s a topic of much stigma and deliberation, being rebranded and constructed by centuries of cultural and social tradition,” Sara explains. 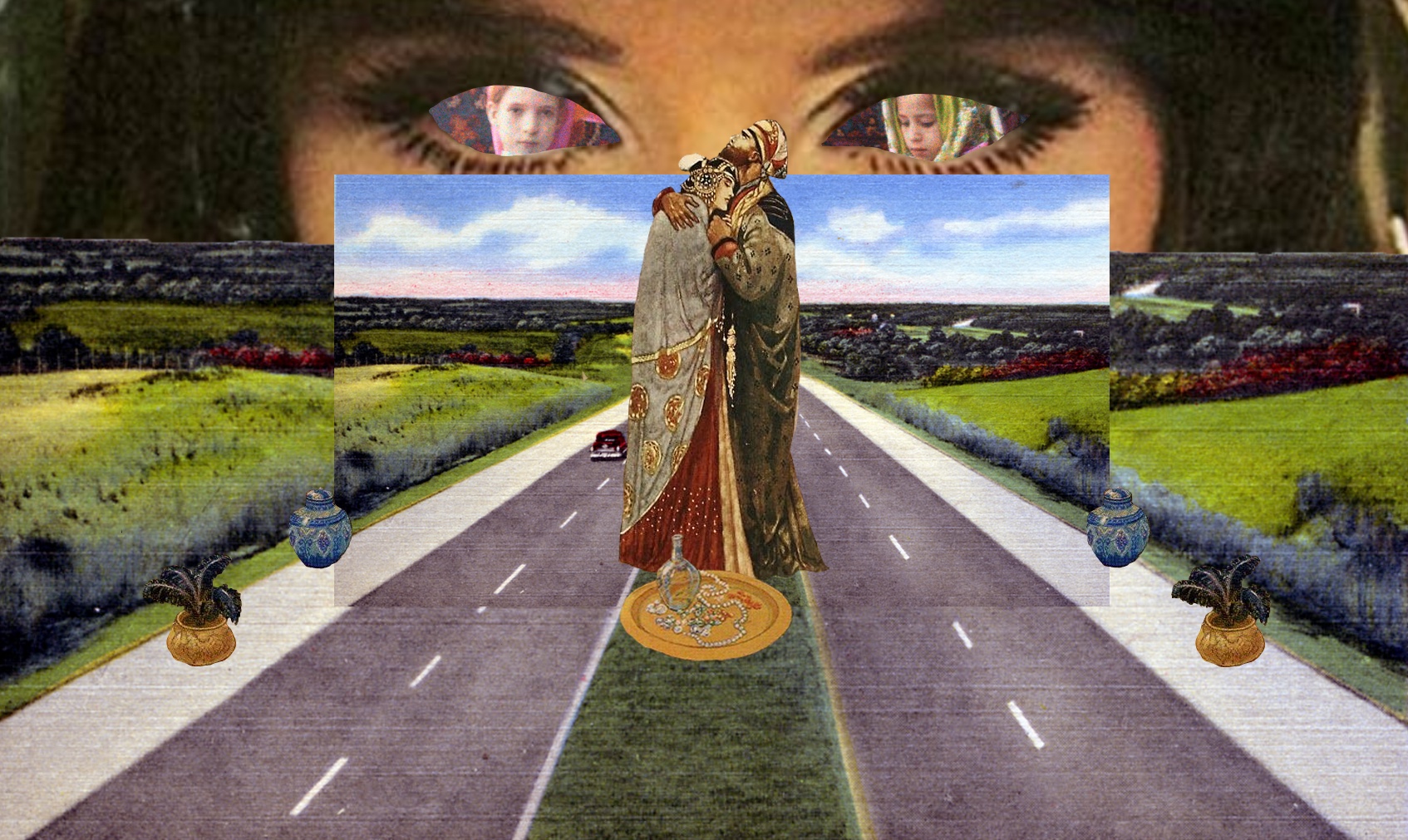 Spanning five chapters, 31 writers and artists explore key moments of their lives, be it through photography, poetry, illustrations, stories, collages or audio. Toronto-based Cherry Kutti’s ‘Blue’ vividly evokes the feeling of being lost and confused by her own identity and her attempts to reconcile this as part of growing up. Meanwhile, founder of Variant Space Nasreen Shaikh Jamal Al-Lail’s artwork features layers similar to a scrapbook, grappling with self-acceptance whilst simultaneously celebrating her faith and heritage.

The book is the latest project from MENA-based art platform Banat Collective, which acts as a “point of connection between different geographies that are closely related but sometimes feel far away.” Sara founded it after finding herself growing apart from the UAE while residing in London: “It was a desire to reconnect with my country and culture. I took the independent DIY spirit I’d fallen in love with while living in London and applied it to a project in the UAE.” 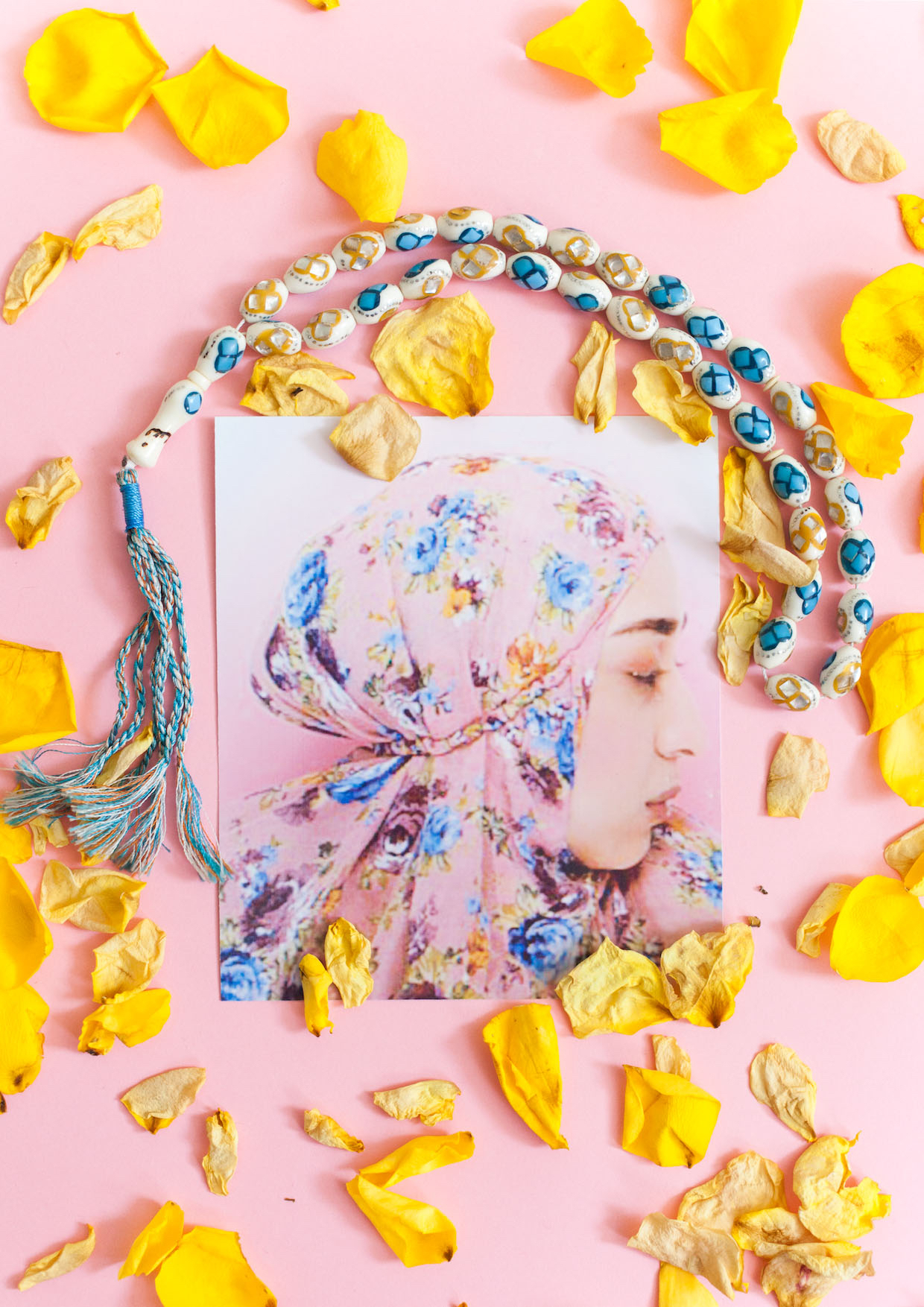 While Banat Collective is unapologetically rooted in the Arab World – “there is an obvious need to find a space that is from and based in the Middle East” – it’s unlikely to branch out to Europe or America, not least because mainstream feminism and the art world at large can be unaccommodating at present of Arab identities. “Banat hopes to be a platform for women of MENA to lend their voice to what must be a global conversation, not just a Western one,” Sara affirms.

As for In The Middle of It All’s most memorable piece? Afghan-German illustrator Moshtari Hilal’s artwork spotlighting on the battle between body acceptance and Eurocentric beauty ideals. “This piece truly captures the confusion that a young woman can go through and the fighting against conformity and finding your individuality,” Sara tells Huck.

While the book is also a tool for women growing up in the Arab world to feel less alone, ultimately Sara hopes it serves as a true representation of women from the region, “humanising Arab women rather than objectifying them.” 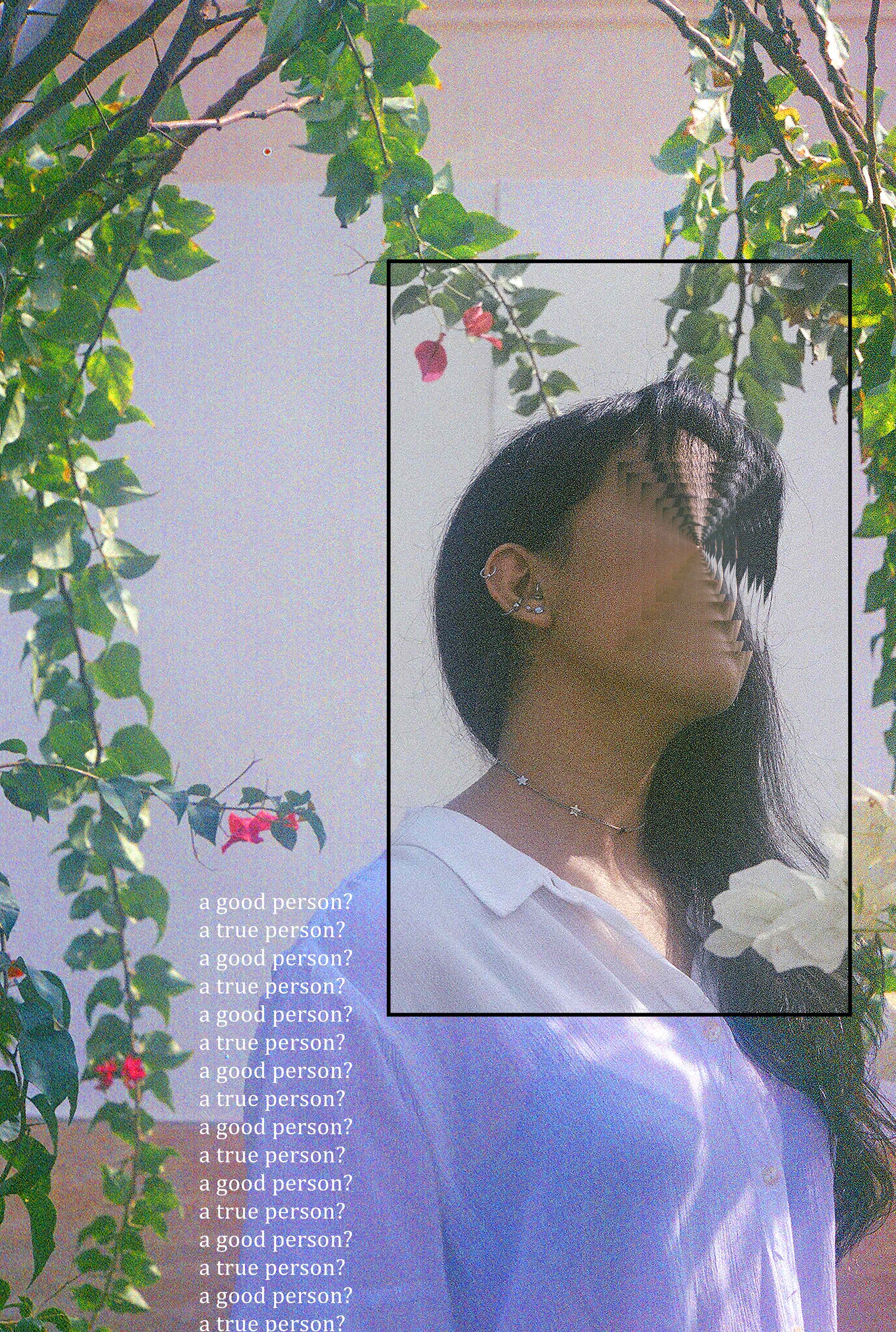 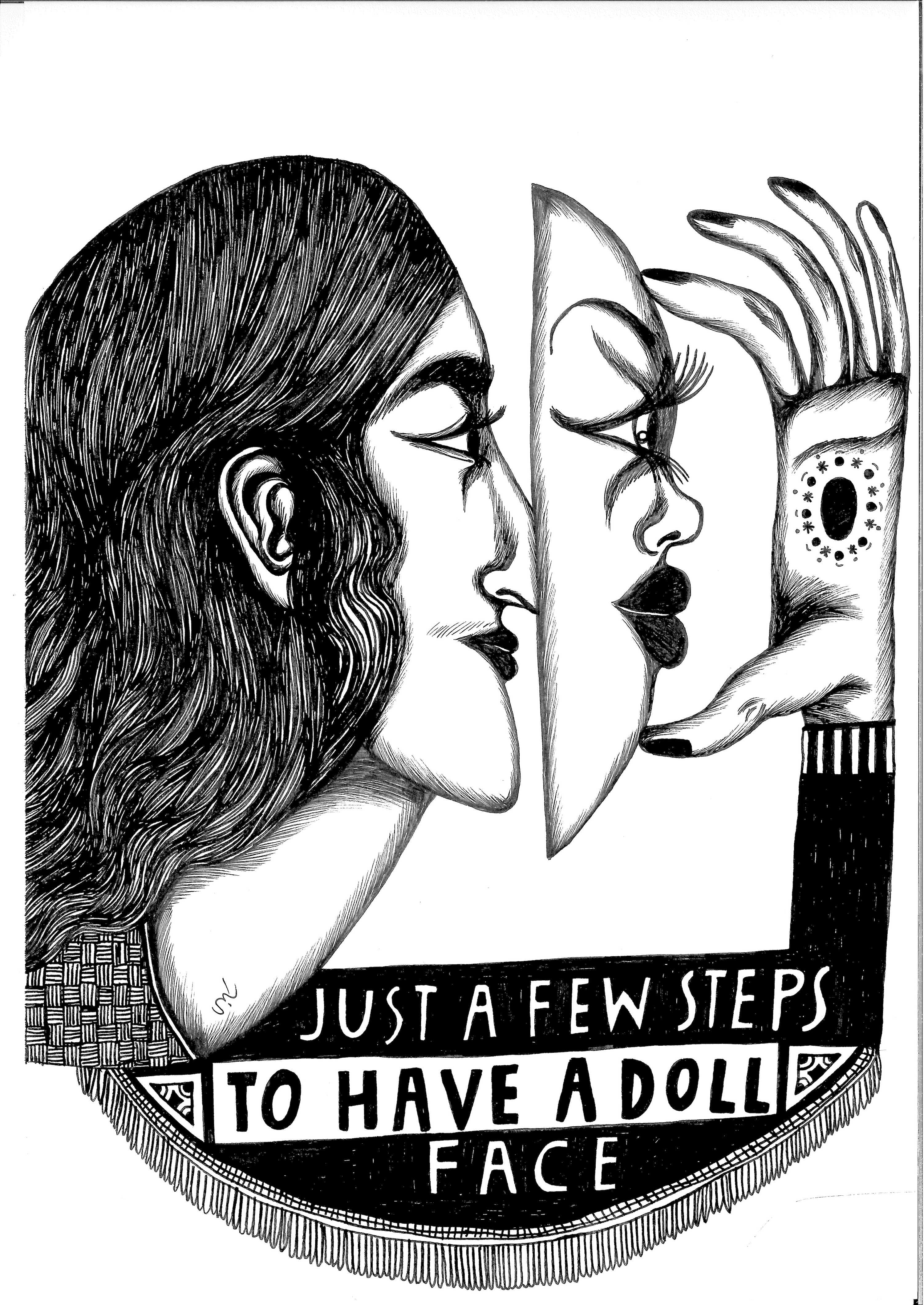 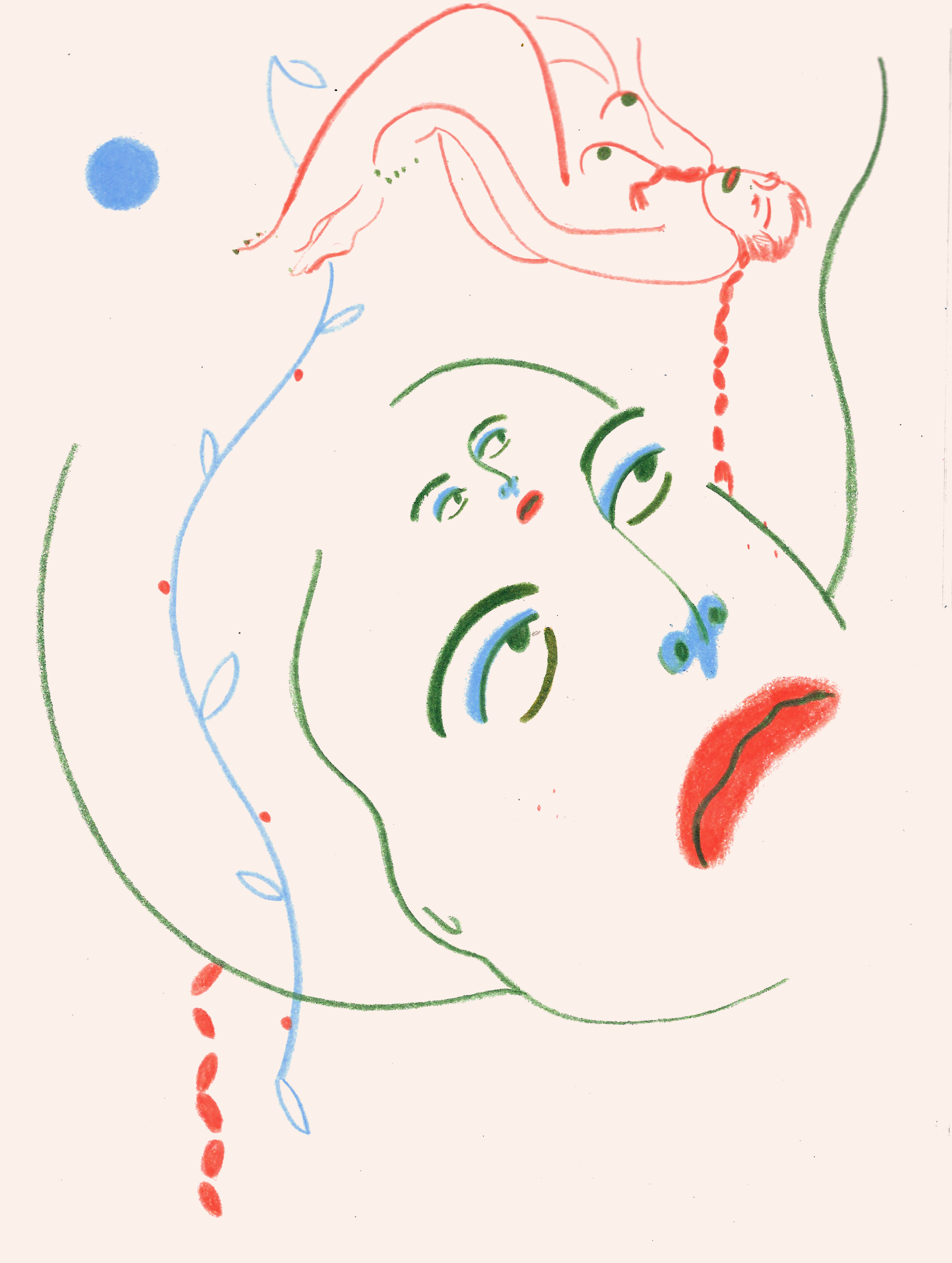 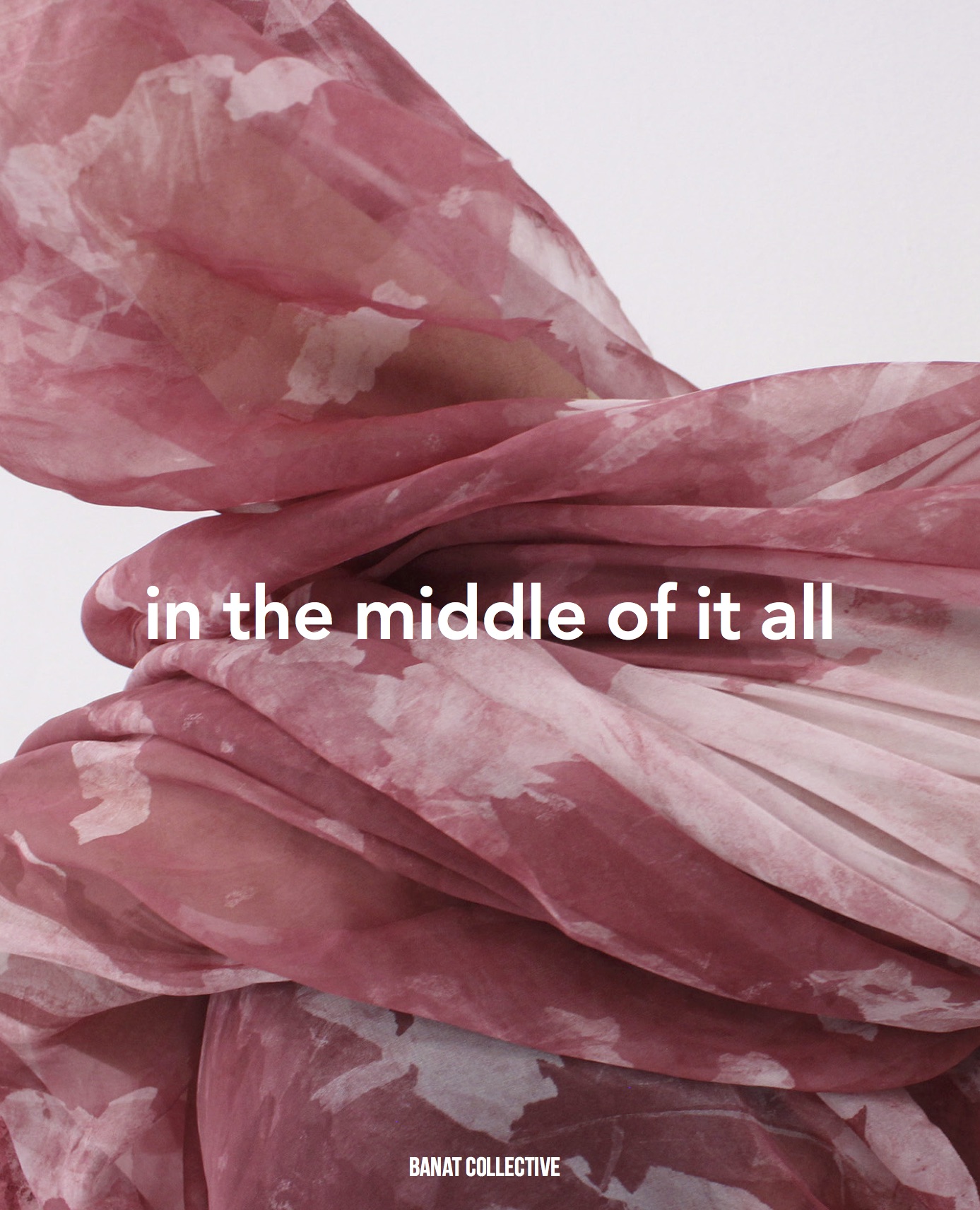 Banat Collective’s The Middle Of It All is available now.

Linkedin
RELATED ARTICLES
OTHER ARTICLES
A new law change is enabling Britain’s donor-conceived children to know the truth about their origins – but campaigners say the fertility industry must do more to protect people.
A new podcast is opening up the conversation between trans women and trans amorous men in the hope of building coalitions.
Filmmaker Laura Poitras discusses her new documentary which traces the remarkable life of the artist-activist and the impact of her battle against the US opioid crisis.
A new film from Berghaus traces the story of Adam Raja, who left behind a turbulent upbringing to discover the healing power of climbing.
Theo McInnes’s photos of the annual event provide an intriguing snapshot of contemporary Britain.
A recent High Court ruling against the right to wild camp in Dartmoor National Park sparked the largest land protest in history – and campaigners say their fight is not over yet.