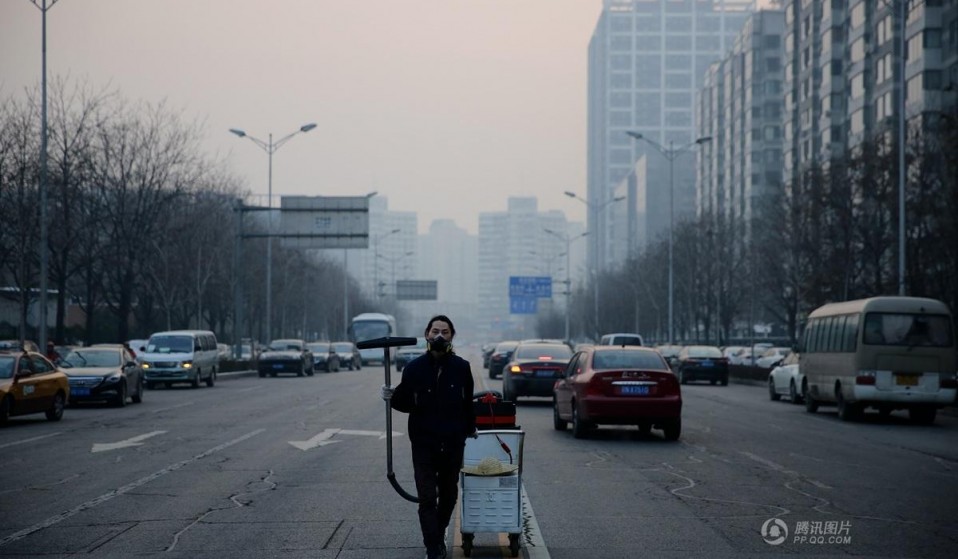 Angered by the environmental chaos on their doorsteps, artists turn to their craft to vent their frustrations.

Angered by the environmental chaos on their doorsteps, artists turn to their craft to vent their frustrations.

With Beijing’s ‘airpocalypse‘ continuing to reach unprecedented levels of density, the city’s artistic population is turning to the skies for inspiration.

One such artist is Nut Brother, who on November 30, 2015 completed a 100-day project to build a brick from dust and smog particles collected from the Beijing sky using a vacuum cleaner. The artist walked the streets daily with the vacuum, holding a suction nozzle up to the air and storing the collected material. On completion of the project, he mixed the airborne residue with clay to form the finished brick – a physical embodiment of the city’s smog crisis.

Nut Brother is joined by other creatives turning environmental tragedy into works of art, many as striking in their visuals as they are important statements on the desperate need for social change. Here are five more artists finding beauty in our polluted world.

Animals Made of Garbage 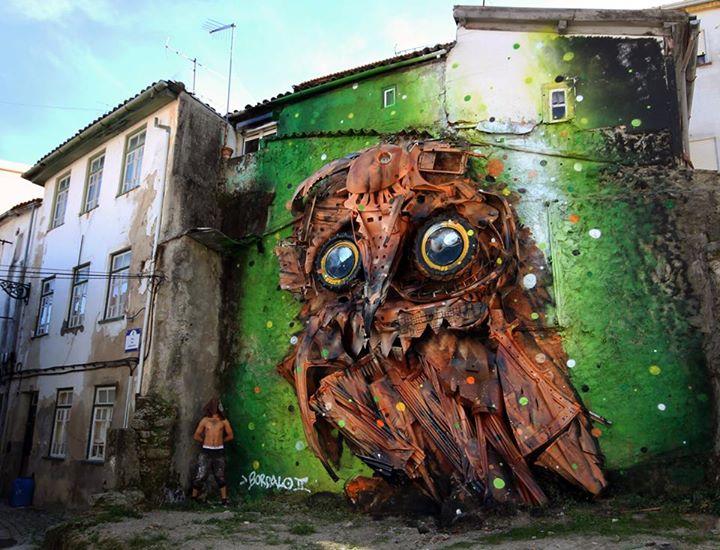 Artur Bordalo, aka Bordalo II, is a Portugese street artist. Frustrated by the continued dumping of metals, plastics and similarly eco-unfriendly objects, Bordalo trawls landfills and back streets to source material for his series of enormous 3D murals. From afar the murals are colourful and eye-catching, forming oversized images of beautiful animal life, but up close reveal a darker narrative: bodies made of crudely painted cables, car parts and ceiling fans – abandoned, man-made trash obliterating the natural world. 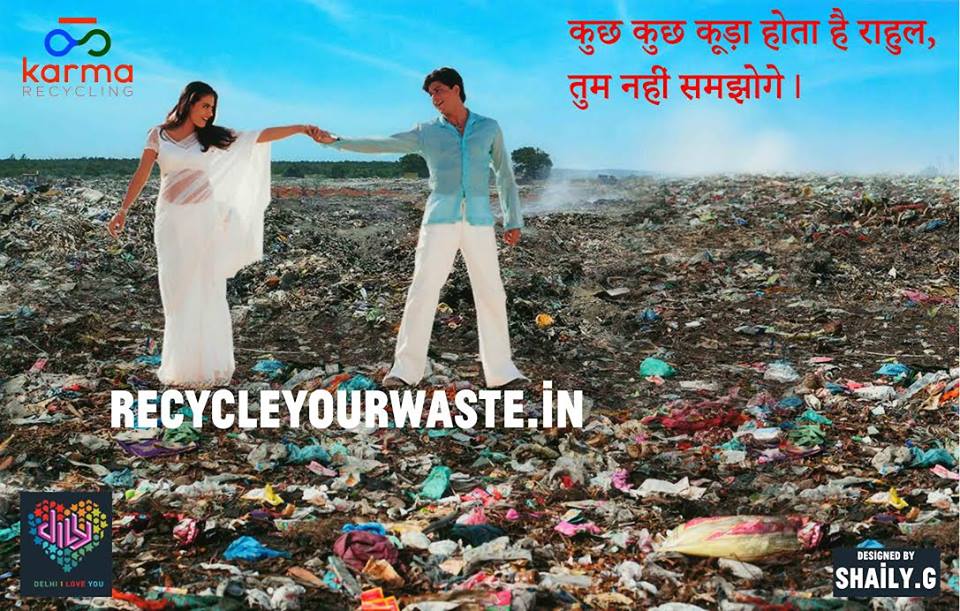 With its ever-increasing population, relative lack of recycling and over-reliance on landfills, India is one of the world’s most rubbish-strewn countries. To tackle the issue, Karma Recycling, Delhi I Love You and Shaily Gupta have developed the ‘Dirty Pictures’ campaign, determining that the sheer prevalence of waste in cities makes traditional environmental advertising ill-effective. The scheme features imagery juxtaposing joyous Bollywood scenes with the environmental crisis most often encountered by locals, with movie star romances pasted on top of acres of steaming garbage. 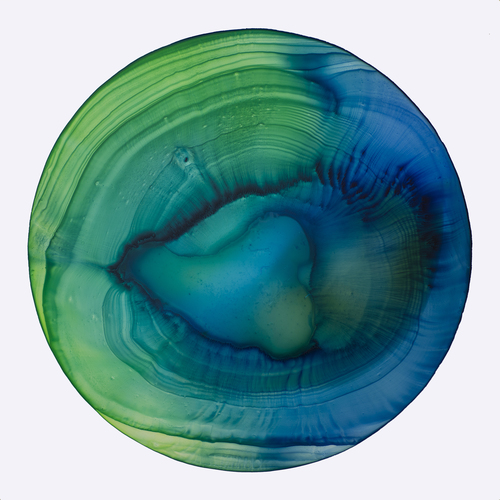 The polluted waters of Athens, Ohio, where drainage from local mines have been turning streams orange for years, inspired British-born, Ohio-based artist and environmentalist John Sabraw to try and combine both of his passions. Working with chemist Guy Riefler, the duo decided to extract iron oxide from the streams, turning its initial ‘wet sludge’ form into acrylic and oil-based paints. Sabraw uses the materials to create colourful psychedelic prints he refers to as the ‘Chroma sessions.’

The Glacier That Fell to Pieces

Exhibited in a refrigerated room, Olafur Eliasson’s installation ‘Your waste of time’ puts an immersive spin on the glacier crisis as the work is comprised of large pieces of ice gradually broken off of Vatnajökull, Iceland’s largest glacier. With some of the ice pieces estimated to have been formed over the course of 800 years, it is a sombre depiction of environmental devastation. 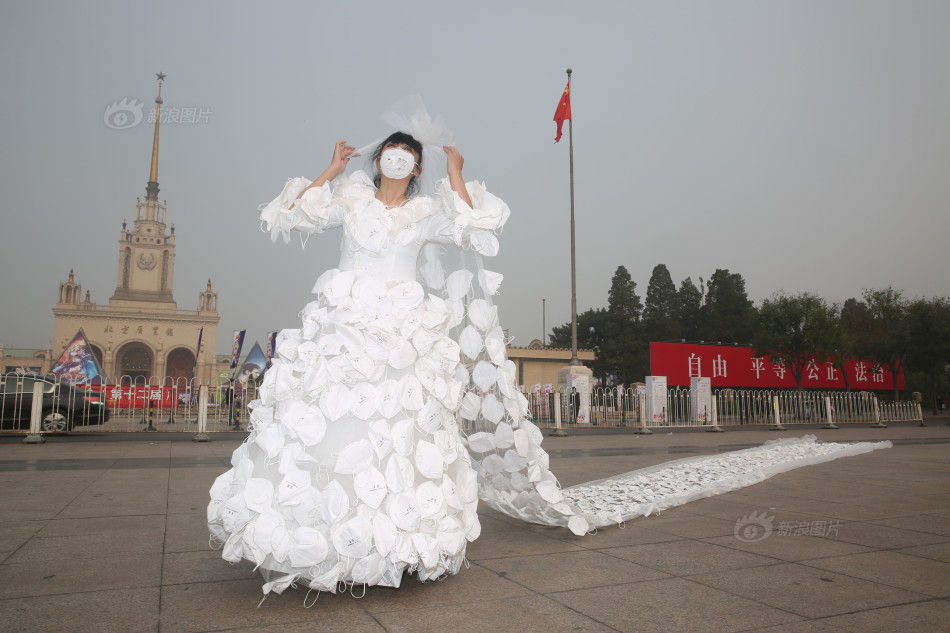 For many Beijing brides, their big day involves a local addendum that the most famous fairytales tend to leave out – the requirement of wading through blistering smog en route to the altar. For artist Kong Ning, the environmental plot twist inspired ‘Marry the Blue Sky’, a performance piece that saw her decorate a wedding dress and its accompanying train in 999 pollution filtering face masks before wandering the city streets in search of her groom, the elusive Beijing heavens. It came as no surprise when he didn’t show.

Linkedin
RELATED ARTICLES
OTHER ARTICLES
Steel City is often overlooked when it comes to the country's cultural radar despite its role in shaping electronic music.
Yesterday, rail workers came together to protest poor pay, working conditions and job cuts in their latest round of strikes.
Last week, Tower Hamlets council removed its nudity-restricting licensing conditions in a huge win for London’s kink community.
The author discusses her new memoir, which offers a sobering reflection on the racism and otherness she’s experienced along with a joyful celebration of her culinary heritage.
To mark the premiere of his new documentary on surfing giant Gerry Lopez, the filmmaker and former pro skateboarder sits down to share his unique brand of wisdom.
From the chip shops, to the bingo parlors and burlesque dancers, photographer Mike Coles remembers capturing scenes of holidaymakers by the English coast.