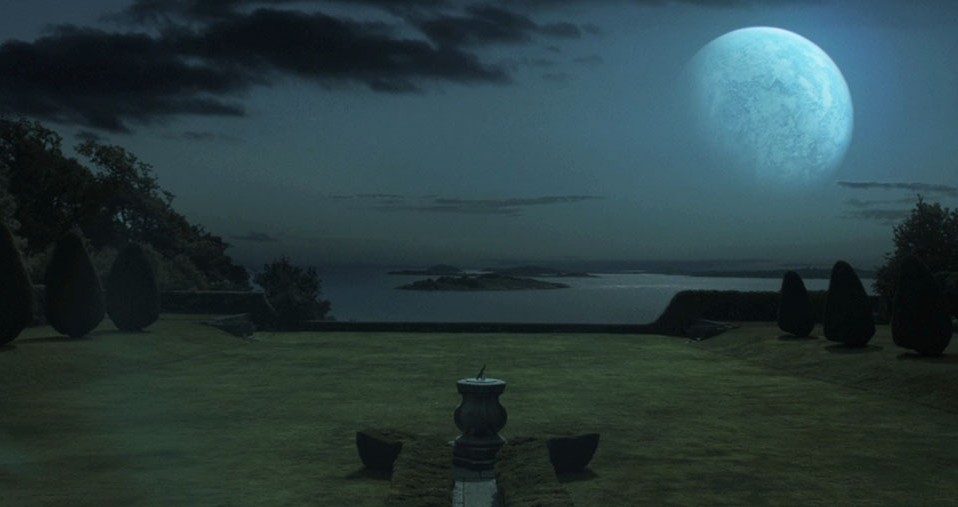 An exploration into asteroid-inspired art, film, literature and music as Asteroid 2004 BL86 flies past Earth tonight.

An exploration into asteroid-inspired art, film, literature and music as Asteroid 2004 BL86 flies past Earth tonight.

So NASA’s Near Earth Object Program (yes this is a real thing) have confirmed that Asteroid 2004 BL86 – named after the year it was discovered – will safely pass by Earth tonight, Monday January 26.

The asteroid is predicted to pass at a distance of 745,000 miles – approximately three times the distance of Earth to the moon – and will be visible from Earth with binoculars.

“I may grab my favourite binoculars and give it a shot myself,” said Don Yeomans, a manager of the Near Earth Object Program in California. “Asteroids are something special. Not only did asteroids provide Earth with the building blocks of life and much of its water, but in the future, they will become valuable resources for mineral ores and other vital natural resources. They will also become the fuelling stops for humanity as we continue to explore our solar system. There is something about asteroids that makes me want to look up.”

Is there anyone who isn’t fascinated by asteroids? Whether it’s genuine scientific curiosity or absolute terror of impending apocalypse, asteroids have been a constant source of inspiration since Italian astronomer Giuseppe Piazzi discovered the first in 1801. Here are some of our favourite artworks exploring the trajectories of rocky bodies.

Melancholia is one of those amazing films – file next to The Seventh Seal – that you will never want to watch again. The film focuses on two sisters, Justine and Claire (played by Kirsten Dunst and Charlotte Gainsbourg respectively), holed up in a grand family estate as another world approaches a head-on collision with Earth. Yup, totally feel-good. In fact, it’s an incredibly visceral and insightful film about depression that uses the fantastical world-smash to try and express what the condition feels like – jam tastes like ash and all actions are rendered pointless.

Jethro Haynes is an illustrator, sculptor/model maker and designer who recently exhibited his cosmic body of work Celestial Anomalies at the House Of Vans gallery in London. The show – which featured amazing underwater photographs recalling other worlds and bright sci-fi 3D sculptures – explored “the concept of the discovery of data regarding hitherto unknown celestial objects, their environments and artefacts pertaining to previous inhabitants and their apparent worship of idols and/or deities.” Trippy. 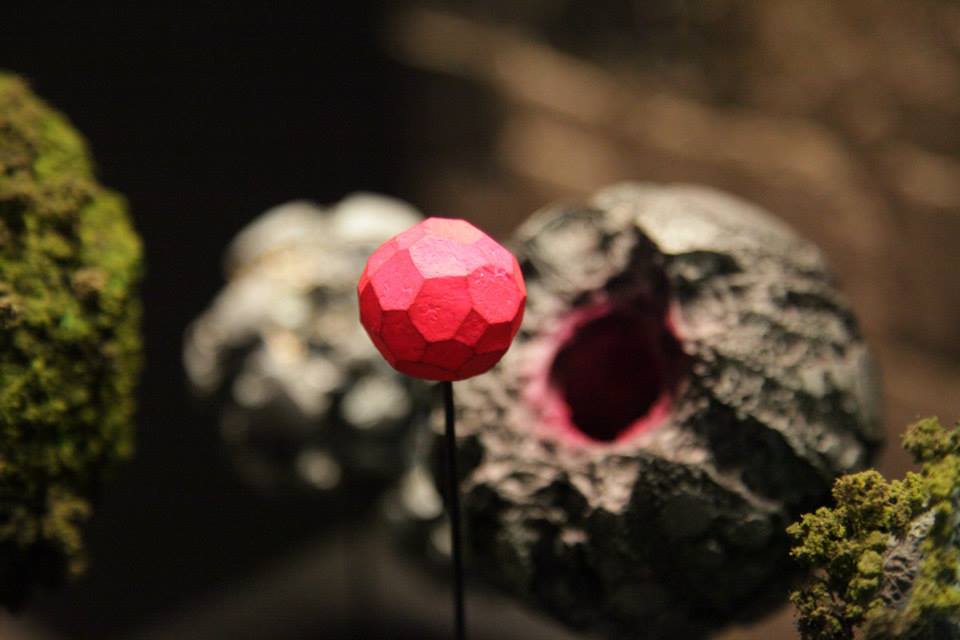 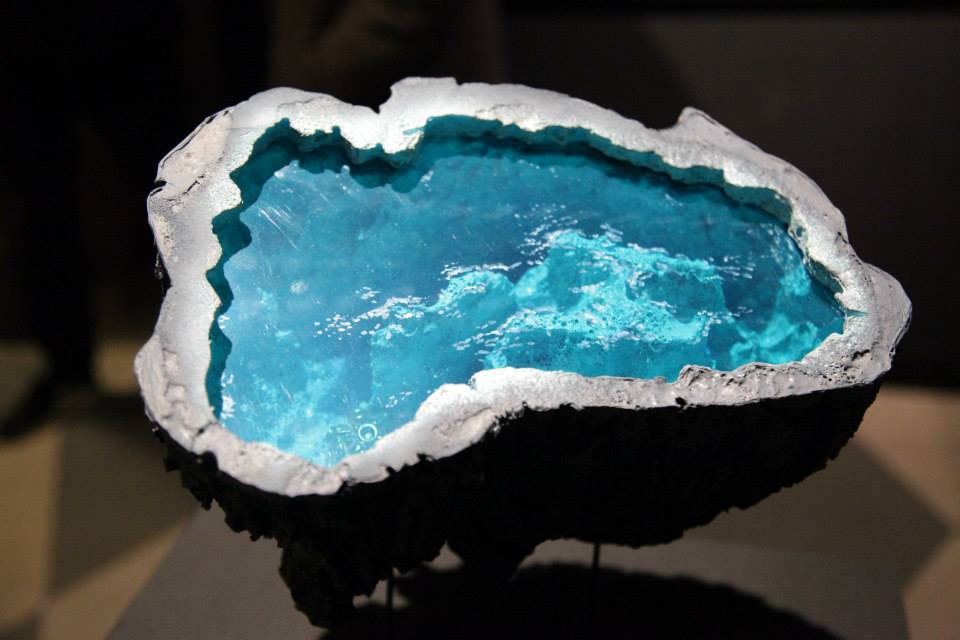 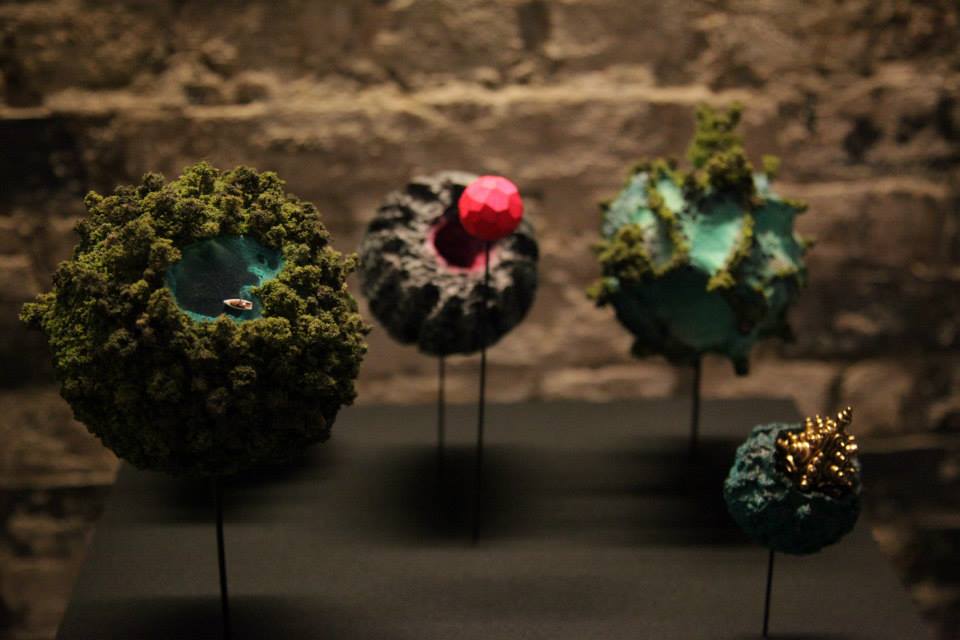 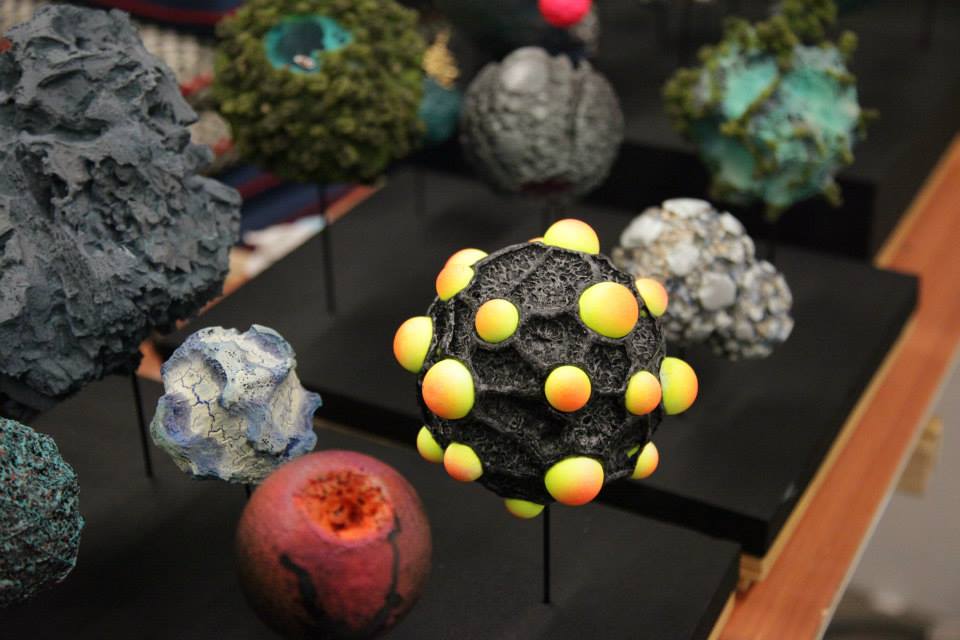 Polish-Bulgarian composer, instrumentalist and music producer Atanas Valkov was commissioned by the European Space Agency to score their short film Ambition, which explores the philosophy behind Rosetta (a space probe that landed on comet 67P/Churyumov–Gerasimenko in November last year). But he enjoyed the experience so much he decided to make a full-length album. Said Valkov: ““It’s a one-of-a-kind sonic voyage into outer space, combining the realms of music, film and science. What drives human beings to achieve great things is ambition. I felt that I really wanted to pay tribute to the incredible achievement that was the success of the Rosetta mission, so I used the film score, ESA’s sound vault, and my music to produce this feature album.”

The ‘Father of Science Fiction’ H.G. Wells wrote a lot about space but his short story The Star, written in 1897, deals specifically with the notion that a strange luminous object is headed on a collision course with Earth. The luminous celestial body wreaks havoc on the ecosystems of Earth causing 24-hour daylight, the melting of the ice caps, mass flooding, tidal waves and cracks on the planet’s crust that gush lava. Basically, a bit of a warning to us if we don’t do something about climate change. Stop polluting kids!

Linkedin
RELATED ARTICLES
OTHER ARTICLES
Great outdoor short films from the peaks of the Himalayas to the jungles of the Amazon.
In a landmark achievement for NASA, a new 1.5 billion pixel-image of next-door galaxy Andromeda is helping astronomers make predictions about the future of Earth.
From tree houses in British Columbia and fishing in Alaska to frozen trees in Siberia and cliff edges in Yosemite, we collate some of the best adventure instagrammers for your wanderlust pleasure.