GOUCH is a beautifully shot documentary about New York graffiti culture and one's man drive to leave a legacy within it.

GOUCH is a beautifully shot documentary about New York graffiti culture and one's man drive to leave a legacy within it. Huck spoke with filmmaker Raul Buitrago and graffiti writer Gouch about the challenges of writing graff history.

Gouch wants to be remembered. The Brooklyn graffiti writer has spent years honing his craft in secret, admired anonymously among the New York tagging community.

But as Raul Buitrago discovered, there’s a story behind the handstyle – one worth sharing with the wider world.

Graffiti is an ephemeral medium, Raul says. It’s not meant to last forever. Writers go over other writers, buildings get torn down and cityscapes keep shifting. The drive to keep at it is something that most people just don’t understand. 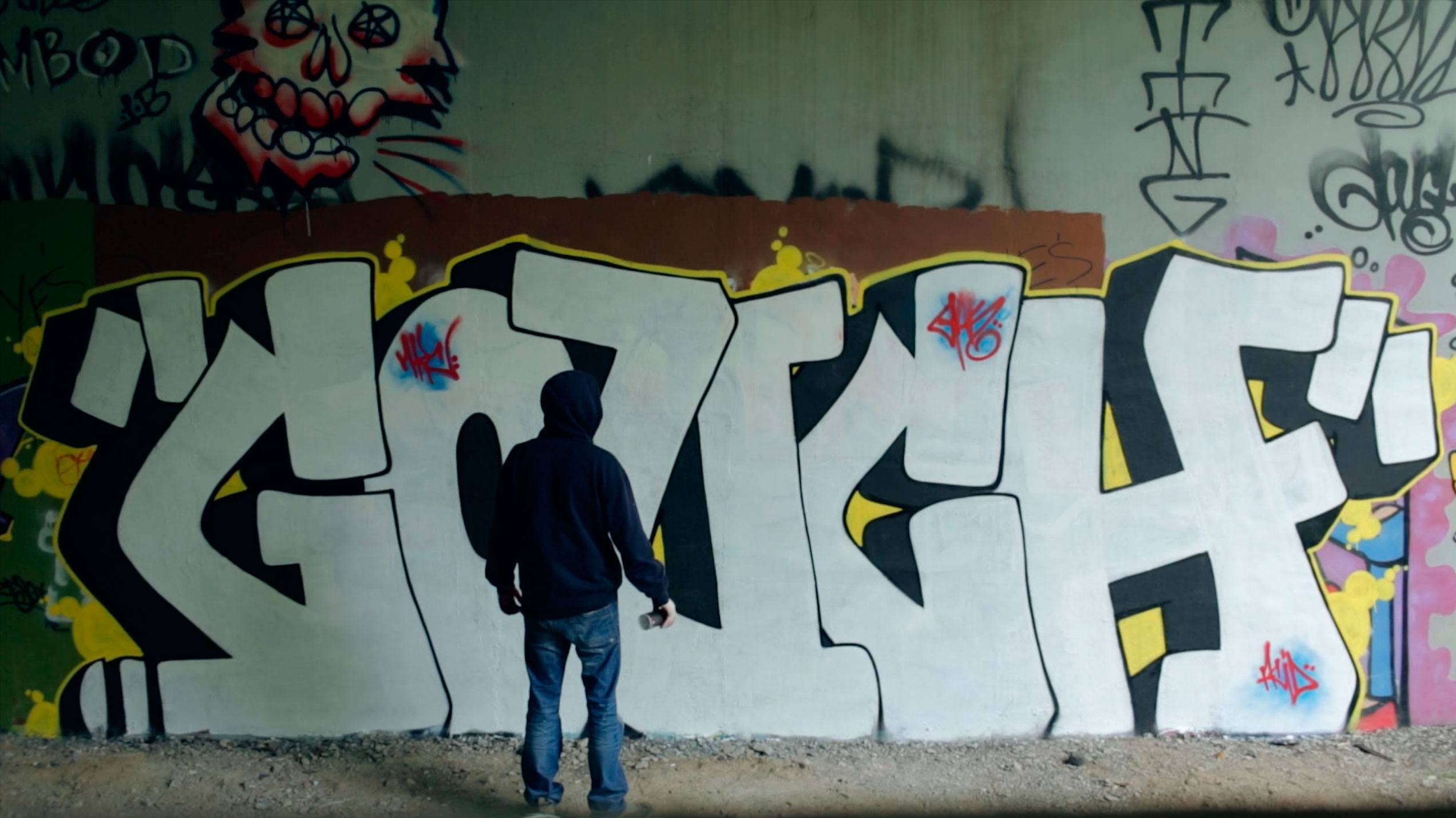 But as someone who can’t go a day without looking at graff, Raul felt inspired to document the culture behind it all: the etiquette and the community, the techniques and styles passed down from generation to generation.

The 29-year-old, who studied photography at NYU, began exploring film in 2013 by shooting music videos. And as soon as he got a smartphone, Raul joined Instagram and started following his favourite graffiti writers: guys whose style he looked up to when he was younger.

One of them was Gouch. He made contact, earned the writer’s trust and spent over a year-and-a-half developing the story into a compelling 23-minute documentary about graff culture and the drive to leave a legacy behind. 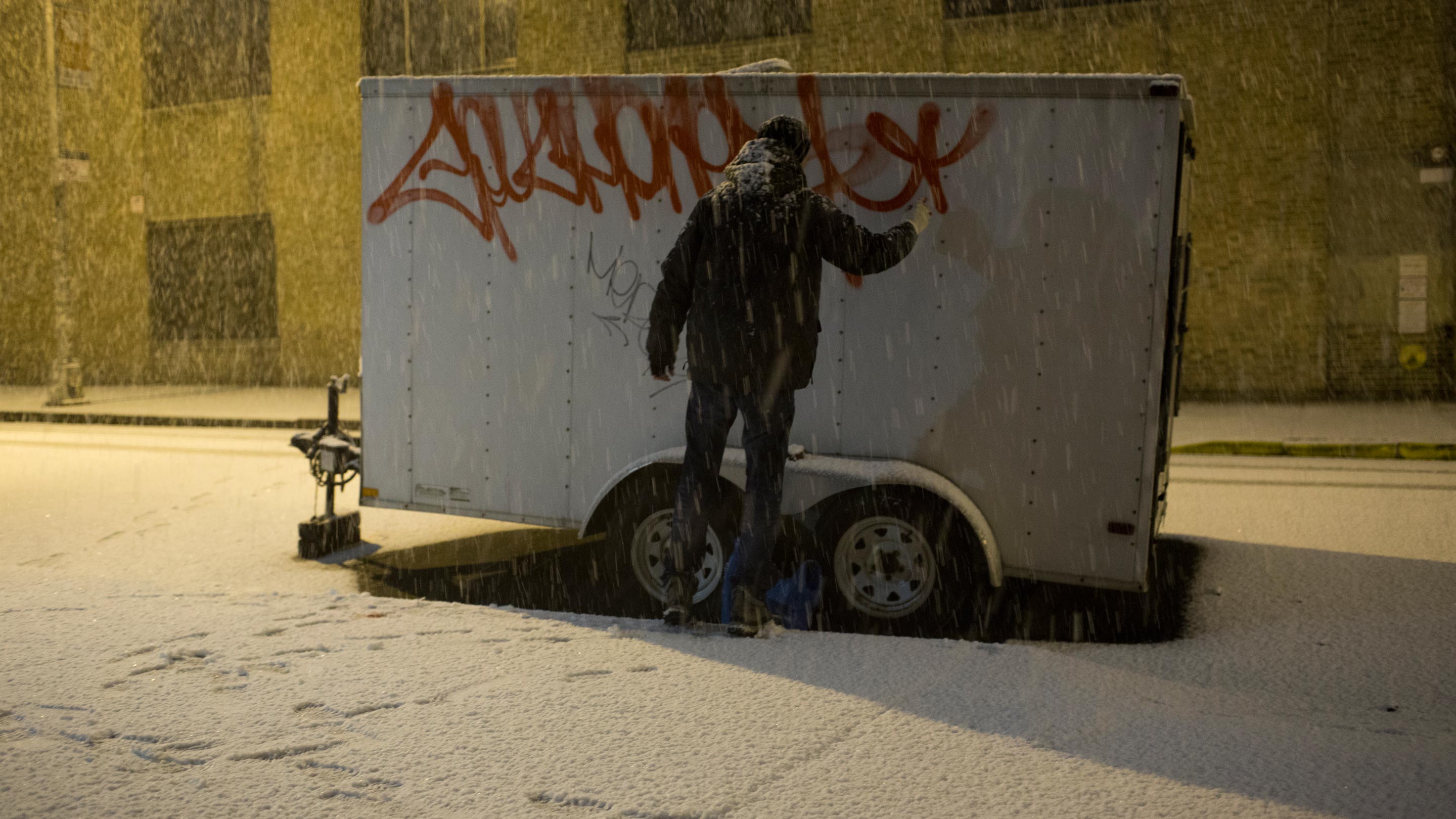 It seems odd that you would see graff as the ultimate way of being remembered, since it can be so temporary.

GOUCH: The culture of graffiti is cherished the most through its contributors. Graff means the world to writers – it’s everything… It’s all they have in some ways. It takes a certain breed of writer to achieve a certain status in this sport. They spend many, many years learning the history and practising the craft. Writers thrive on other writer’s feedback. I could be wrong but I feel they all want to be remembered from their graff work. Who wouldn’t? It’s the same goal a fine artist has.

Were you attracted to the idea of doing the film because it offered another way of being remembered?

GOUCH: 100%. My story is actually a lot deeper with a lot more struggle but I saw this as an opportunity to give a glimpse and get it out there… To quote one of Brooklyn’s best writers, Skuf Ykk: ‘We need to write our own history.’ I see this film as a way of writing our own history, to preserve it through a documentary – a lesson of sorts.

Graff films from 10-plus years ago are popping up on the web and the younger generation are just getting to see them now. In another 10-plus years, I’m certain this film will be viewed by the next generation.

The history of the Brooklyn-style tag must stay preserved and it’s up to us to keep that intact. I feel I made my mark in a substantial way in the streets. Now it’s time to leave that mark elsewhere. 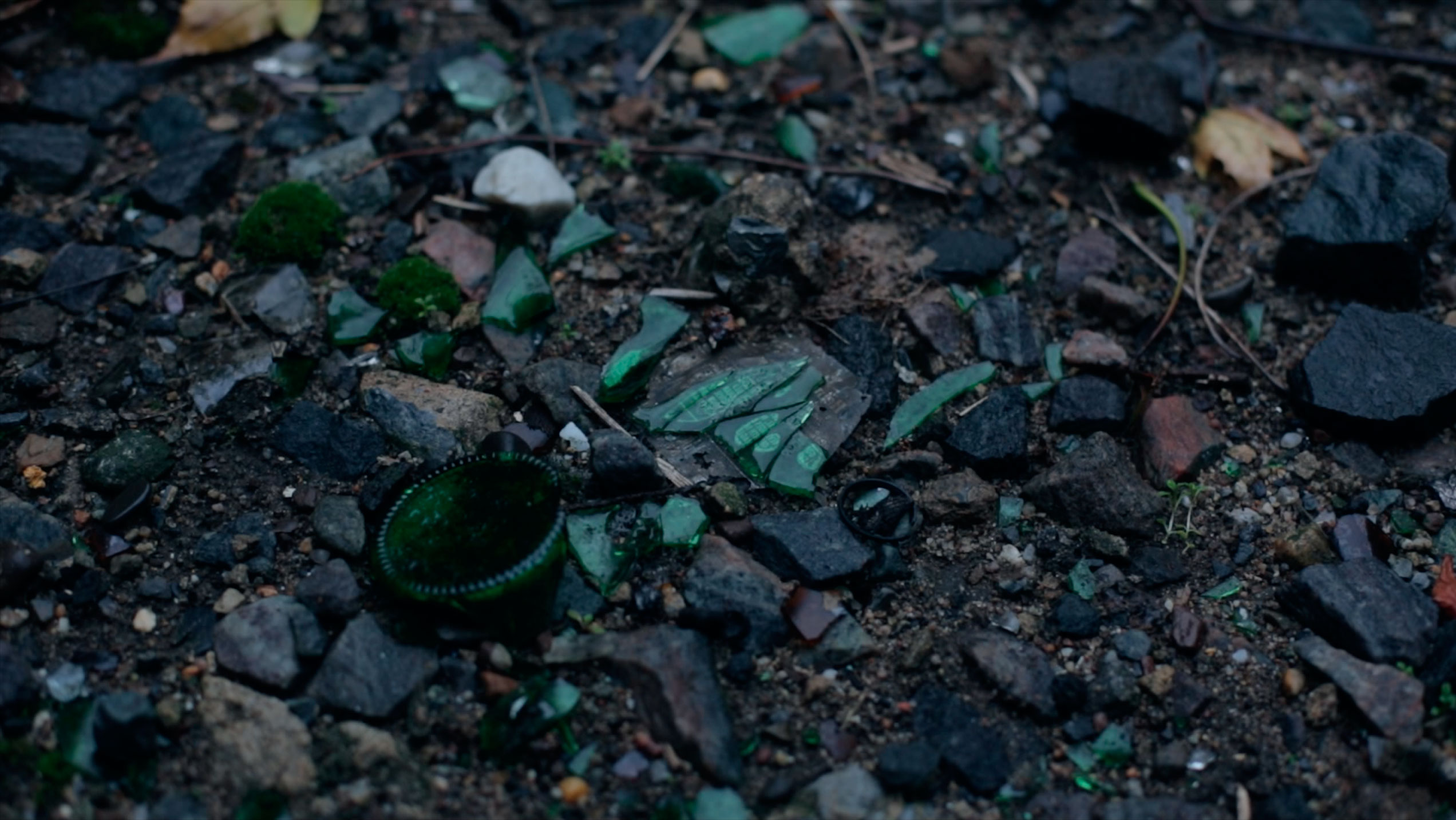 What was the most challenging thing about making this film?

RAUL: I think the biggest challenge was self-doubt. This is my first short film and because I have such high respect for Gouch and the graffiti community as a whole, I knew throughout production that I wanted to make something strong – something that wasn’t just another graffiti video. And so with that bar set high, I worked towards reaching it while fighting off insecurities that snuck up behind me from time to time.

As far as the film itself goes, creating something with a substantial story while obscuring identities and not giving away too much of his personal life was another hurdle.

I pushed to get a little more personal but… I always told him we’ll go as far as you’re comfortable with. He can’t risk giving way too much information about himself and I wouldn’t want him to do that either. I’m thankful that he took us as far as he did.

What would you say you learned from Gouch?

RAUL: I think the main thing I took away from this project is that you can find saints in sinful realms. Graffiti is illegal. It’s about doing damage. It wouldn’t be graffiti without those aspects. He had a dark period in his life during a high-point in his graff career and found strength within himself to overcome demons that haunted him.

And now, he has a beautiful family. He’s a responsible, caring father and husband. He’s well-educated and thoughtful. To see someone as a positive figure in what’s considered a scourge to society is amazing to me. I went into this project expecting to do a little graff video because that’s what is mostly seen and done. But through his character, he showed me more was possible. 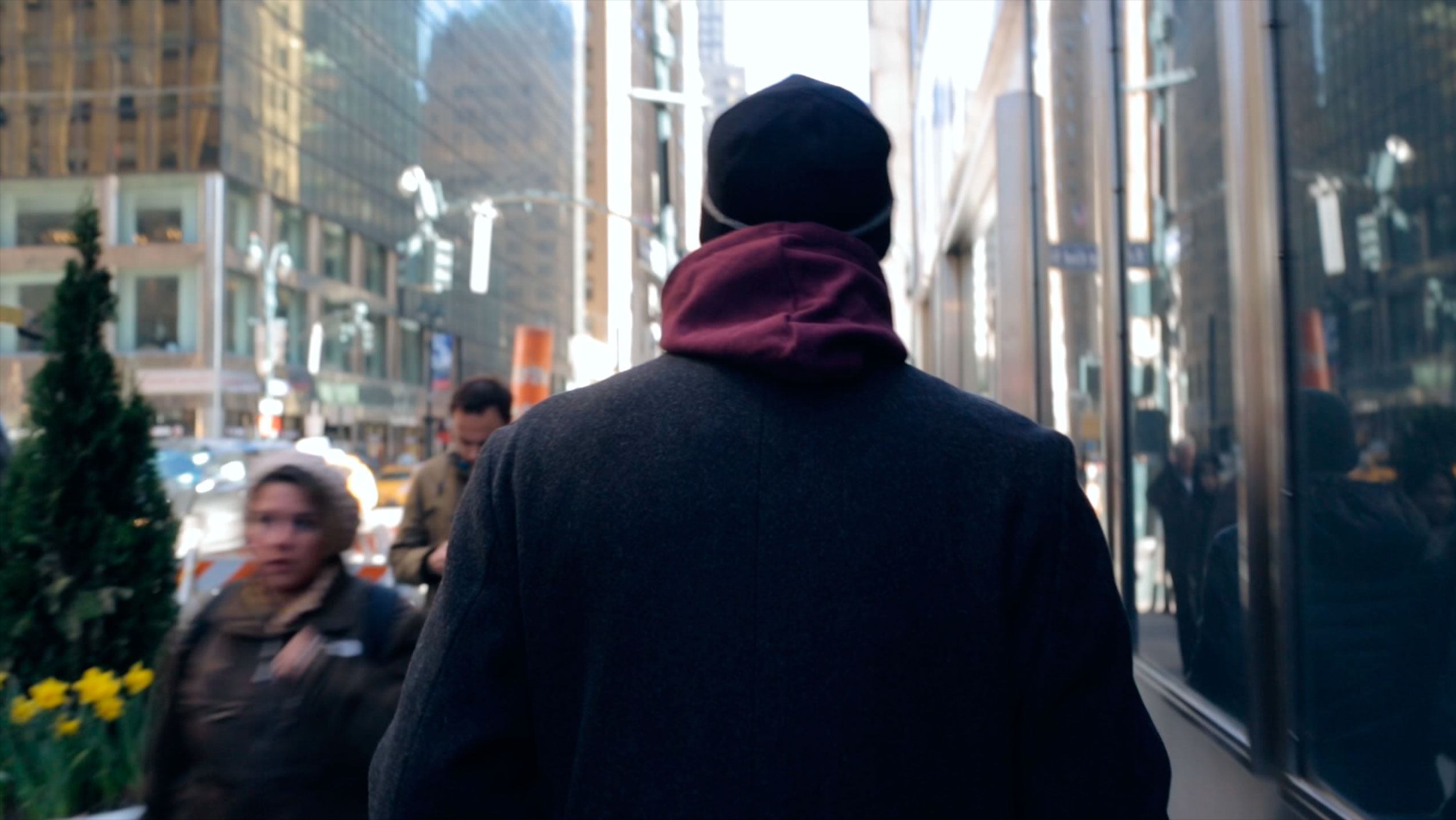 How was trust established? Were there any conditions to filming?

GOUCH: Raul being from Queens and having an in-depth knowledge of graffiti made it a lot easier, but it still took some time. I was very hesitant at first but after our initial video shoot in the dead tracks, he sent me a rough edit and it was clear we had something big.

His camera skills are next-level. I then put all my trust into him. The neighbourhood where I’m from taught me how to read people. If I got one inkling of a single bad impression from our first meet up chat, this film would’ve never been made.

There have been a string of graffiti arrests in the last few years, resulting in prison terms and even probation conditions that forbid people from possessing art materials. With the stakes so high, and with you having a kid, what keeps you writing? At this point, do you feel you’ve anything left to prove?

GOUCH: I don’t have a choice. I need to. My brain won’t allow me to not write. It’s cliché to say it but it is a drug. The major difference with me and this graff drug now is that it’s become my healthy drug of choice.

I treat it as a way of staying healthy and clean. The fact that it has called me back in during any other circumstance in my life means that’s it’s the one key element that’s always been with me. I can’t deny it.

I dove into this ambition last year where me and my close writer-friends formed the CLASSICK collective and had a gallery show. The response was ultra positive. I’m not done with showing work yet. I feel I still need to prove that I’m capable of hanging with the best in that realm and arena. 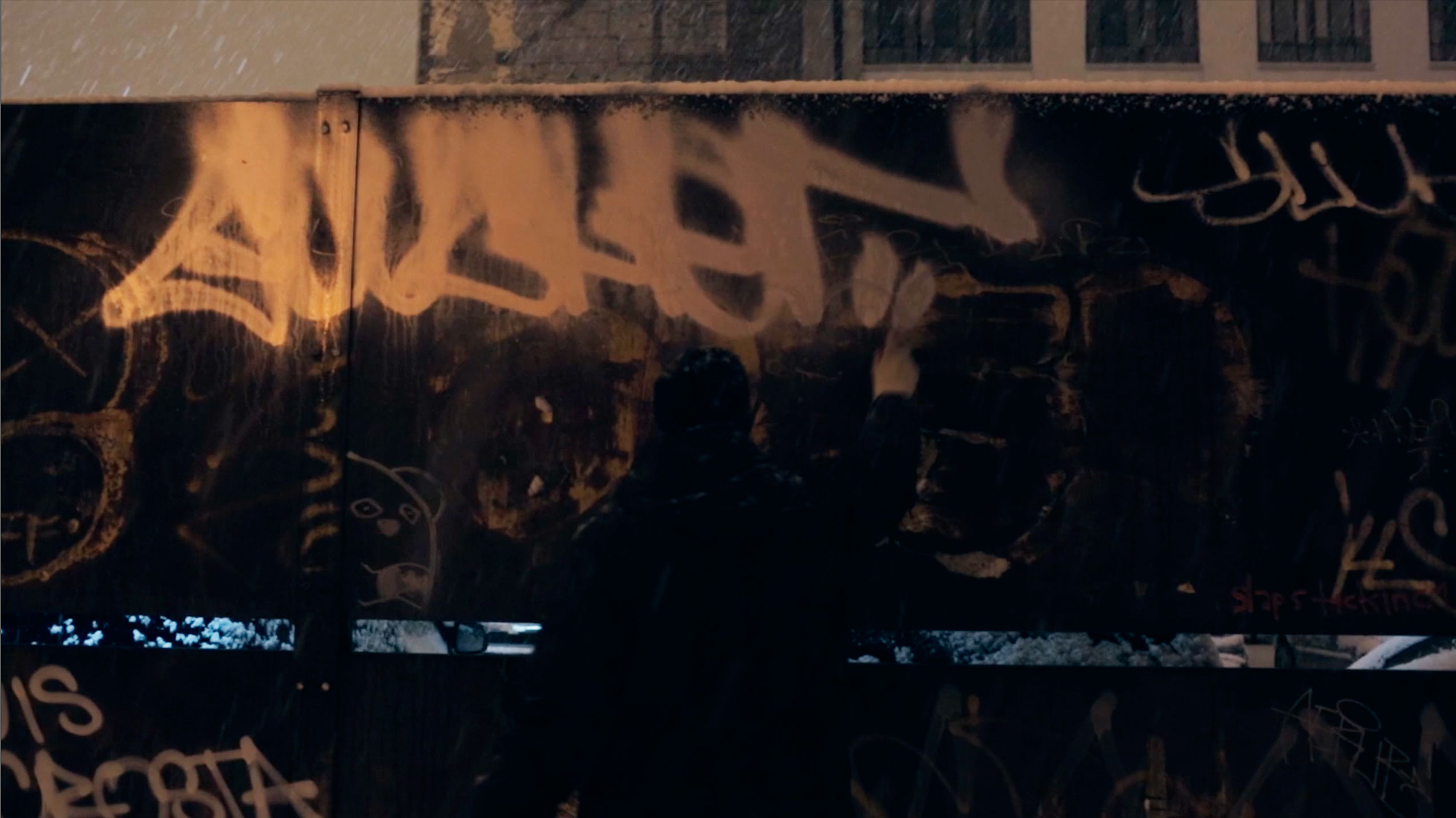 How many people know it’s really you?

GOUCH: Only a small circle of people really know that side of me. I’m a very secretive person.

But can you ever truly cement your place in history when you’re anonymous?

GOUCH: Of course you can. A graff writer’s identity is purely their work. Not their face. Their underground celebrity exists through the work they put into the streets.

What if someone later claimed to be you, tried to take credit for your work or started using your tag when you’re no longer around?

GOUCH: There are unwritten rules in graff. And number one is never steal another writer’s tag. The repercussions of this action have never been sweet, if you catch my drift. Normally if a writer chooses to write an already taken tag, that writer will pay respect and homage by placing ‘2’, ‘3’ or any number just to show they weren’t the first to choose it.

I’m a humble dude but I will say this: there can only be one GOUCH. I created that name and did the most with it in the streets of NYC – the mecca of graff. I come from an era where mentoring was key. We had no internet and books to study graff on.

As long as I’m on this planet, nobody will try to claim to be me. I have the documents to prove who I am. When I leave this planet, my spawn will carry the torch and name… so I’m good.

Linkedin
RELATED ARTICLES
OTHER ARTICLES
Yesterday thousands gathered outside Buckingham Palace after news of the Queen’s death broke.
Following the announcement of an 80% hike in the energy price cap from 1st October, crowds gathered outside the offices of energy regulator Ofgem to protest and declare their intention to undertake a payment strike.
Cindy Campbell recounts how her brother ushered in a new era of musical culture at a party she held in the Bronx in ‘70s.
Financial turmoil is pushing people who work in the sex industry into more dangerous and desperate situations as a means of survival.
Rhiannon Adam spent three months capturing an ageing society wracked by division, isolation, and the aftermath of scandal.
The two-day long event returned to London this year, showcasing a spectacular parade, steel bands and Caribbean food.