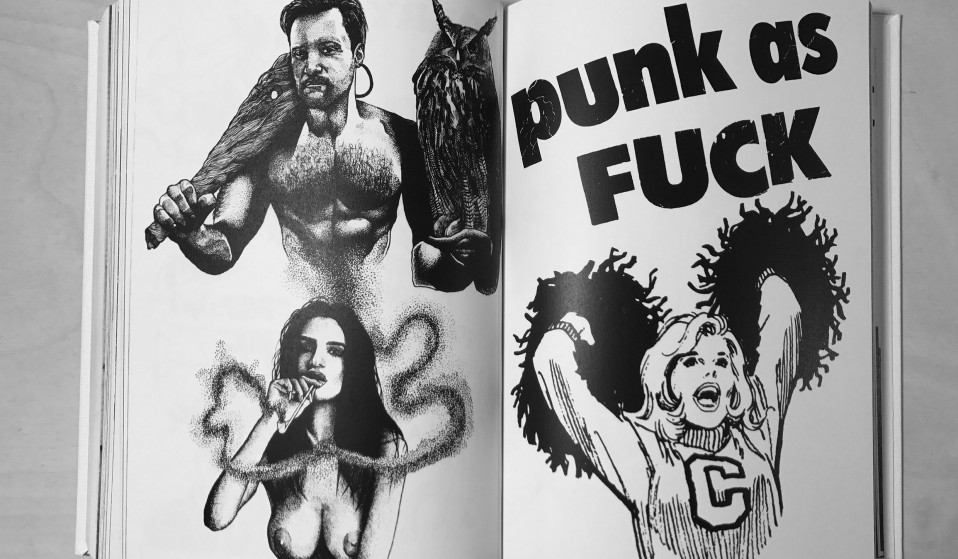 From the political to the surreal, Pavement Licker covered the rise of UK street art from 2003. Now, all 10 issues have been put together in a book.

From the political to the surreal, Pavement Licker covered the rise of UK street art from 2003. Now, all 10 issues have been put together in a book.

“It’s about as big as the Bible,” explains Josh Jones, handing over a copy of his and James-Lee Duffy’s first book. Packed with over 500 black and white pages of art, it catalogues the contents of all 10 issues of their zine, Pavement Licker. Its contents start right from the very beginning, in 2003, when the zine was all poorly cut edges and messy scans, all the way to today – documenting its journey as a bible for the DIY and street art scene all over the world.

We are sitting in an old pub by Kings Cross, huddled around a wooden table – a location that seems like a recurring theme for the pair. Actually, the initial idea for Pavement Licker came to Josh and James in a Soho pub, just like a lot of good ideas do.

The plan was pretty straightforward: to create an outlet where anyone with good work could be published, free of brands and unnecessary hierarchies – no matter if the person in question was an established artist with unbelievable technique, or a school kid with a penchant for tattoos and street tagging. 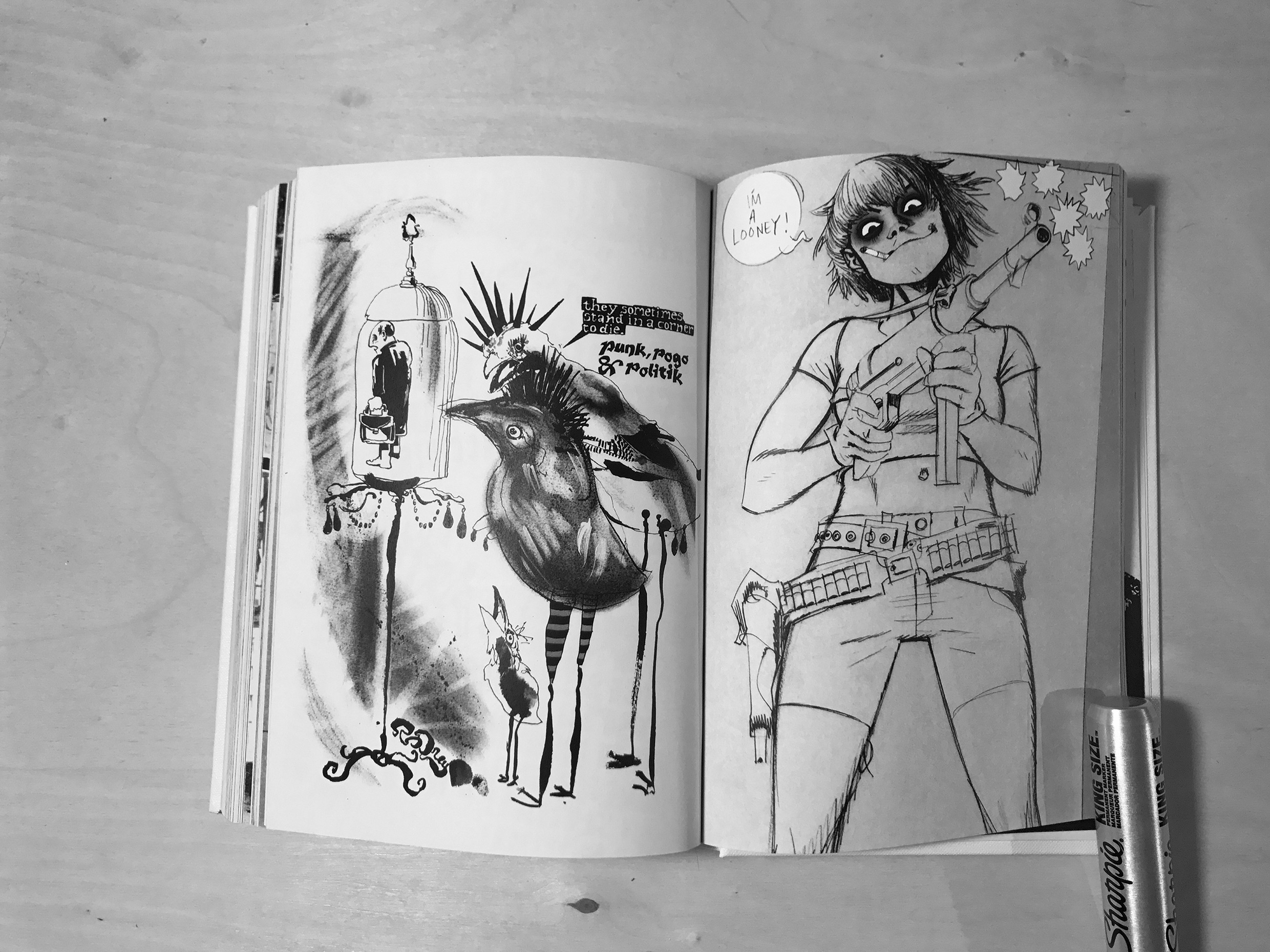 “Before the internet, it was quite hard to get published – but people wouldn’t employ you unless you had already been published – that classic cycle,” says Josh. “So we decided to do it for ourselves.”

Both of them were already involved in the London creative scene, working in what they describe as very “Nathan Barley-like” offices. As such, they had plenty of friends who sent material over to be published in the first issue – roughly (and drunkenly) scanned, inspired by iconic British zines, Sniffin’ Glue and Shoreditch Twat.

To this day, Pavement Licker remains a labour of love, still run by the pair alone, and on their own terms. The very few rules they have for the creative process are straightforward: they both have to agree on what goes in the 52 pages, and everything has to be black and white. The word “cunt” has also earned itself a lifetime ban.

“We actually had to put a block on it from issue three onwards – people just wanted to use CUNT because they thought it was shocking, I guess,” says Josh, chuckling. “But it was overused, so anything that went through with that I’d refuse.” 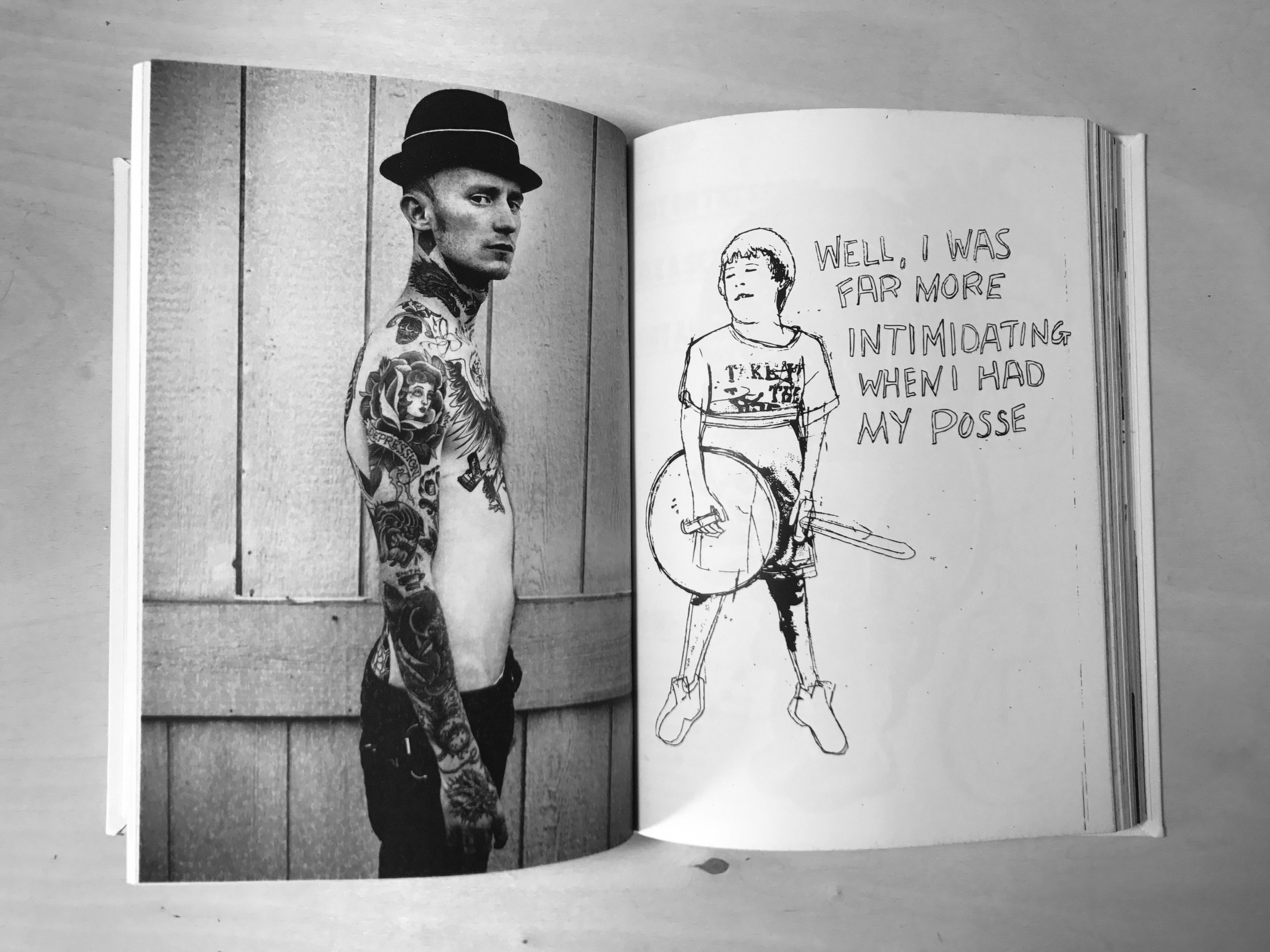 After 14 years – the odd anniversary the launch of the book is celebrating – James and Josh remain inspired, and motivated by the idea of doing and enjoying doing. But having worked with brilliant unknown artists for almost a decade and a half doesn’t mean Pavement Licker has never had big names contributing. Their pages – which feature pieces that go from political commentary to just scribbles – have featured work from the likes of David Shrigley, Jamie Hewlett, Banksy and Mr. Bingo. 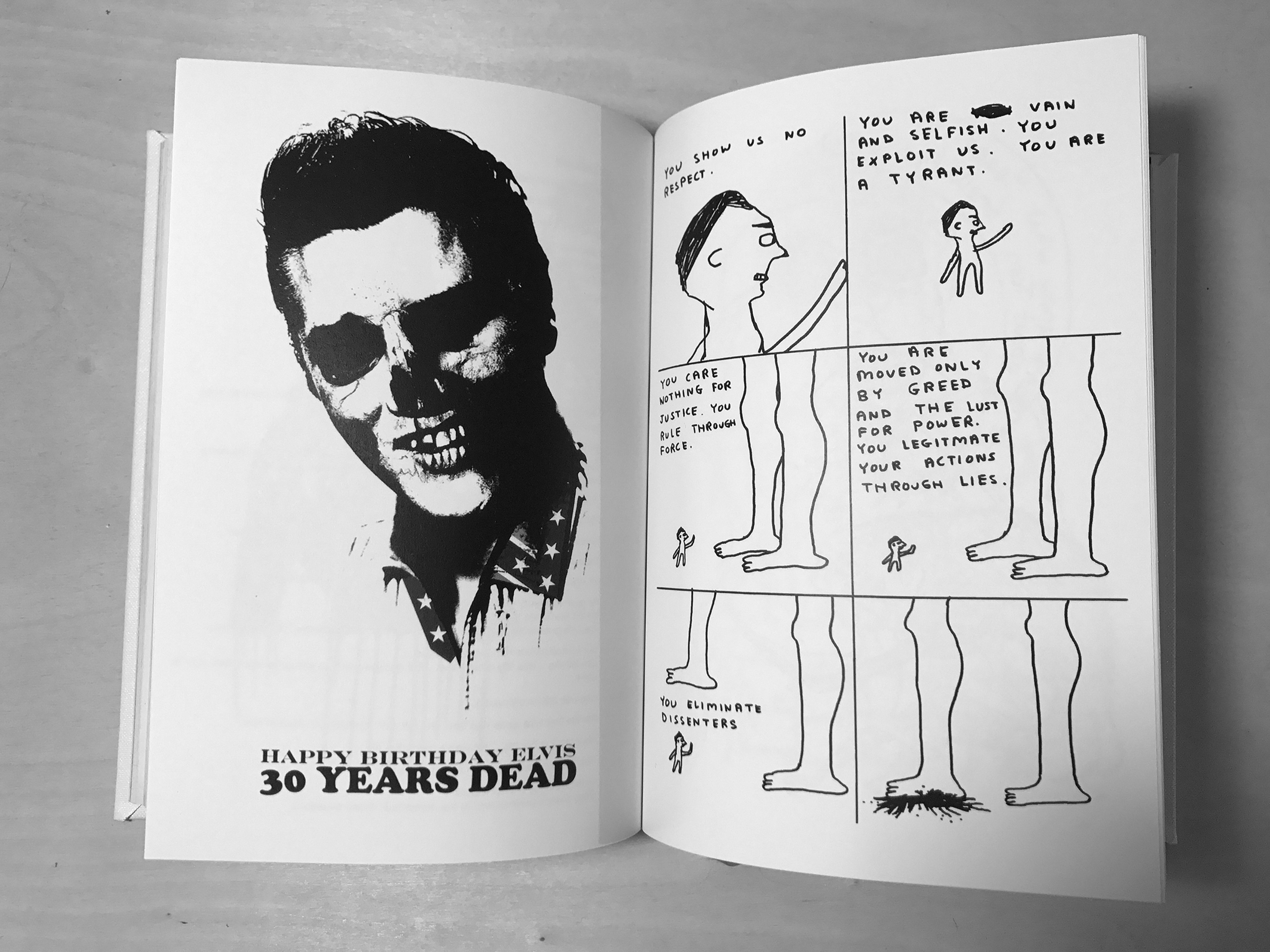 Josh and James are recognised for their deep connection to the current underground street art movement that has risen to fame and become very marketable over the years – so I ask if it’s possible that graffiti can still be subversive, even when it has become so marketable and widely popularised.

“As a movement, it’s hard to think of anything comparable to street art in how it grew such a huge amount in such a short time,” says Josh, pensively. “And it did mainly on its own terms. It’s still on the rise – what it has done is given people another option of how to promote their art. Street art is so much more than just graffiti, it’s such a broad spectrum. People are finding different routes – they don’t just go to spray on a wall.” 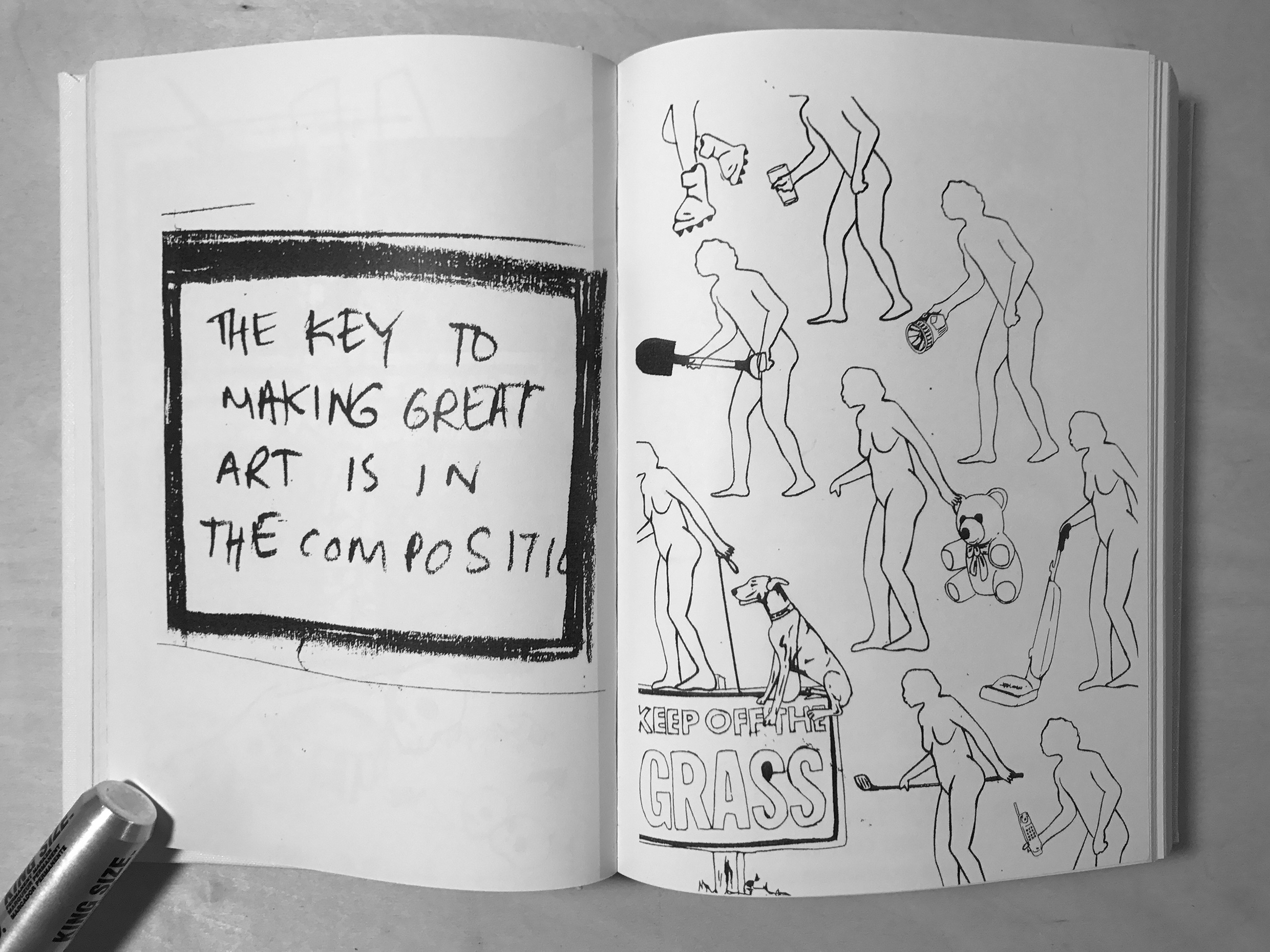 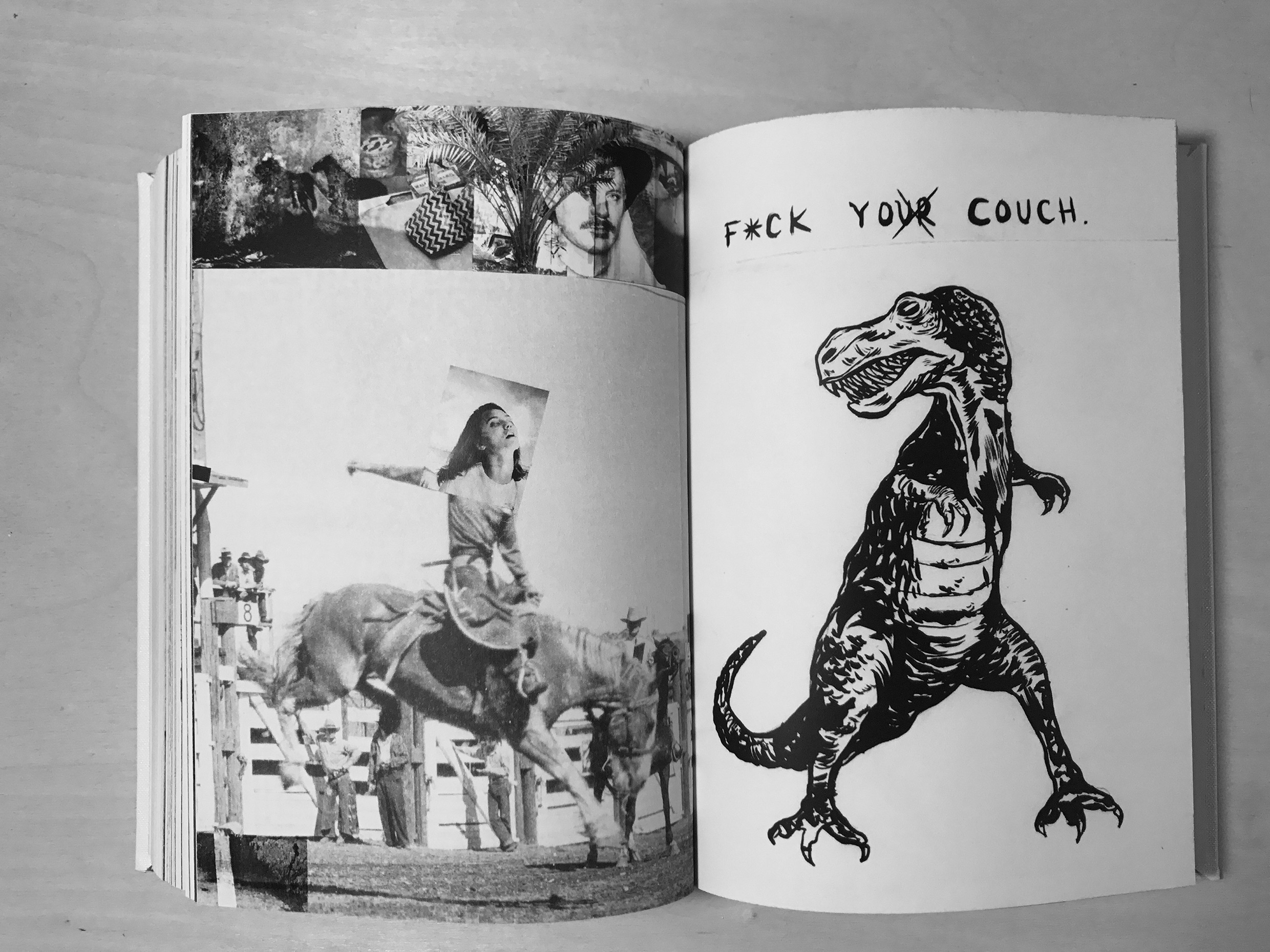 James adds that street art should stay on the walls, not in the museums. “I don’t see any difference between a Banksy piece on a wall or a teenager tag on the wall – it’s both street art, and it’s both vandalism, and it’s both graffiti,” he says. “So when the council goes ‘oh it’s a Banksy, we have to keep it’, it’s absolute bollocks. Because why aren’t you keeping all graffiti?”

Today, both Josh and James are still faithful to Pavement Licker’s DIY origins. The book is self-published, just like every issue, and curated according to a passion for making, rather than elitism.

“Just find your own groove, really,” says James, when I ask for advice on pushing forward as a young creator. “It’s about trying to find whats personal to you and sticking to it – not trying to be everyone else. Anyone who tries to be someone else is never going to do well.”

Pavement Licker – Whet your Appetite by Josh Jones and James-Lee Duffy will be out on the 27 June, at Pure Evil gallery.

Linkedin
RELATED ARTICLES
OTHER ARTICLES
As she gears up for the release of her first book, the 24-year-old climate activist talks standing up to authority and building a more inclusive movement.
After blocking the Scottish government’s gender recognition reform bill, Westminster is now devising further changes to the law to make it harder for trans people to self-identify.
Filmmaker Laura Poitras discusses her new documentary which traces the remarkable life of the artist-activist and the impact of her battle against the US opioid crisis.
A new exhibitions brings together the work of photographers who documented the deep unrest of these pivotal decades.
The action took place in response to the 200 asylum-seeking children who were placed in hotels run by the Home Office who have gone missing.
Social prescribing connects people with non-medical support to improve their health and wellbeing – but some experts worry it’s just a stick plaster solution.