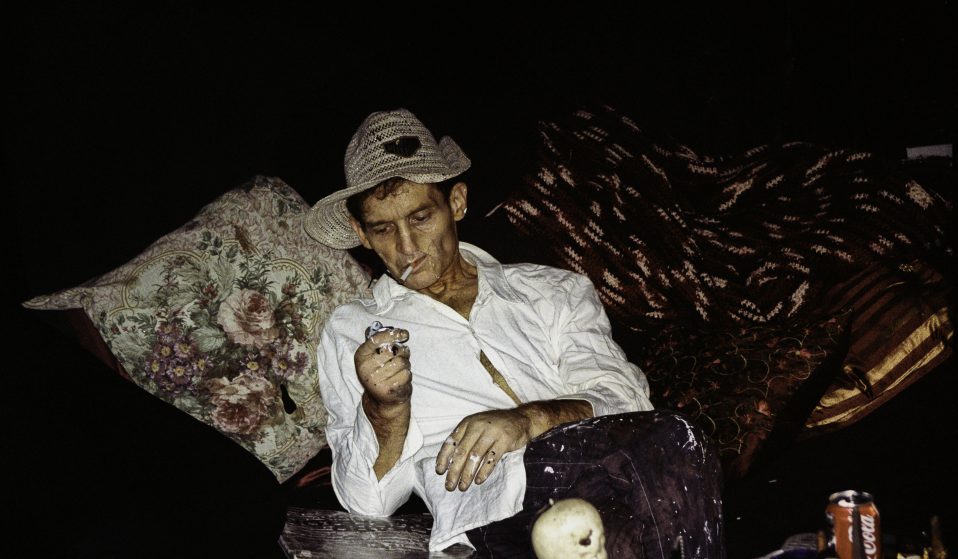 After moving to the city in 1979, Richard Hambleton became a pioneer in New York’s street art movement. Now, a new exhibition is celebrating his legacy.

After moving to the city in 1979, Richard Hambleton – alongside the likes of Basquiat and Keith Haring – became a pioneer in New York’s street art movement. Now, a new exhibition is celebrating his legacy.

While many artists operating in the ’80s sought out and courted publicity, Richard Hambleton actively avoided it.

Despite moving in the same New York circles as the likes of Basquiat, Keith Haring and co, Hambleton (who died in 2017, aged 65) refused to pursue the same kind of attention. Instead, he preferred – quite literally – to remain in the shadows.

Playing on the paranoia that plagued NYC in the ’80s, he would hijack the city’s walls, painting large, ominous silhouettes in corners, nooks and alleyways, with the purpose of shocking unsuspecting passers-by. At the time, his ‘shadowmen’ – as the works came to be known – were renowned throughout New York. 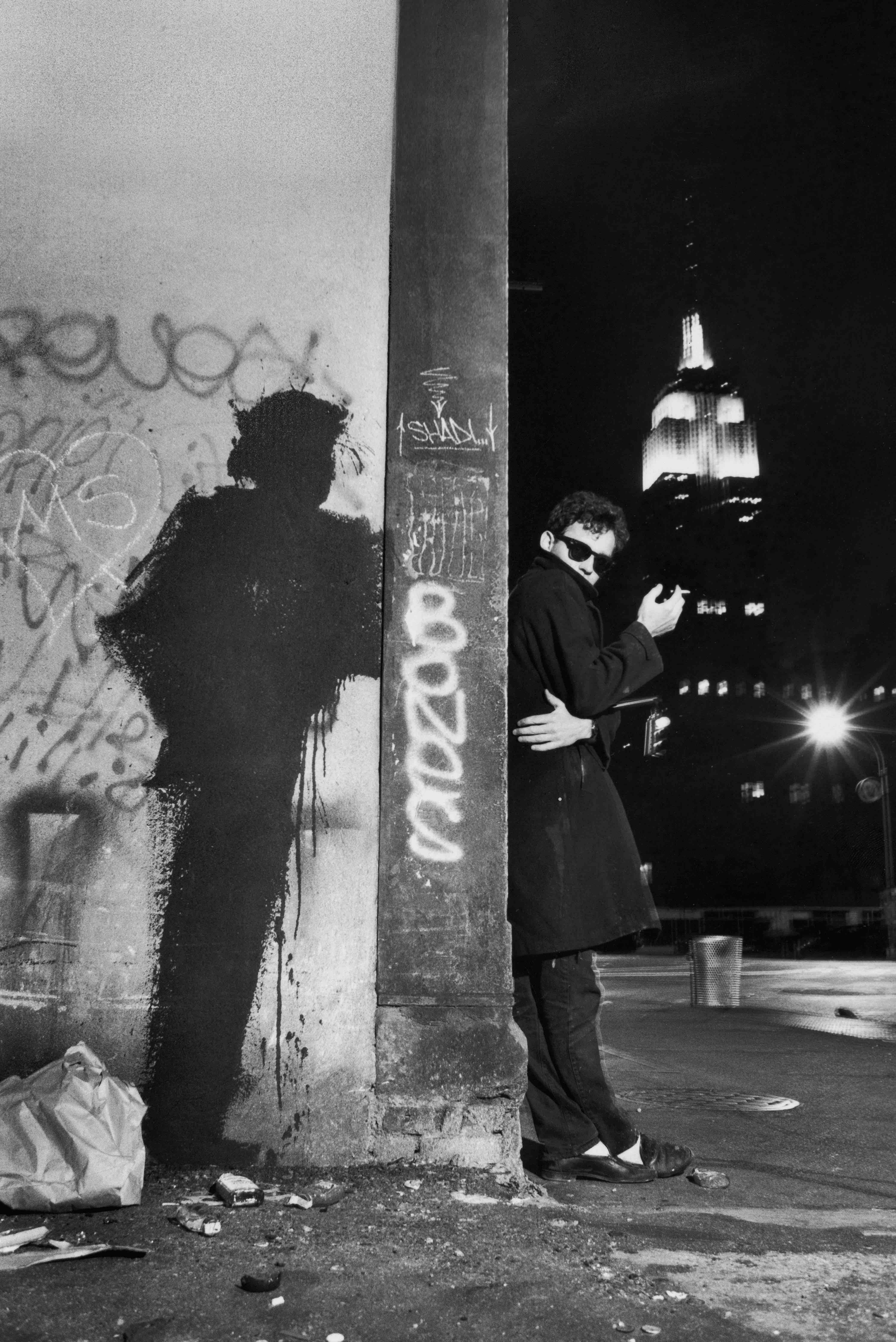 “It’s so important to appreciate the impact of an artist like Richard Hambleton. His reputation wasn’t built by courting the industry, he was a genuine trailblazer,” says Jay Rutland, Creative Director at Maddox Gallery.

“When you think of the 1980s New York art scene, you inevitably think of Basquiat, Haring. Hambleton belongs in that revered group… A close friend of his once said that he’d sleep in a bag on the street so long as he had paint supplies.” 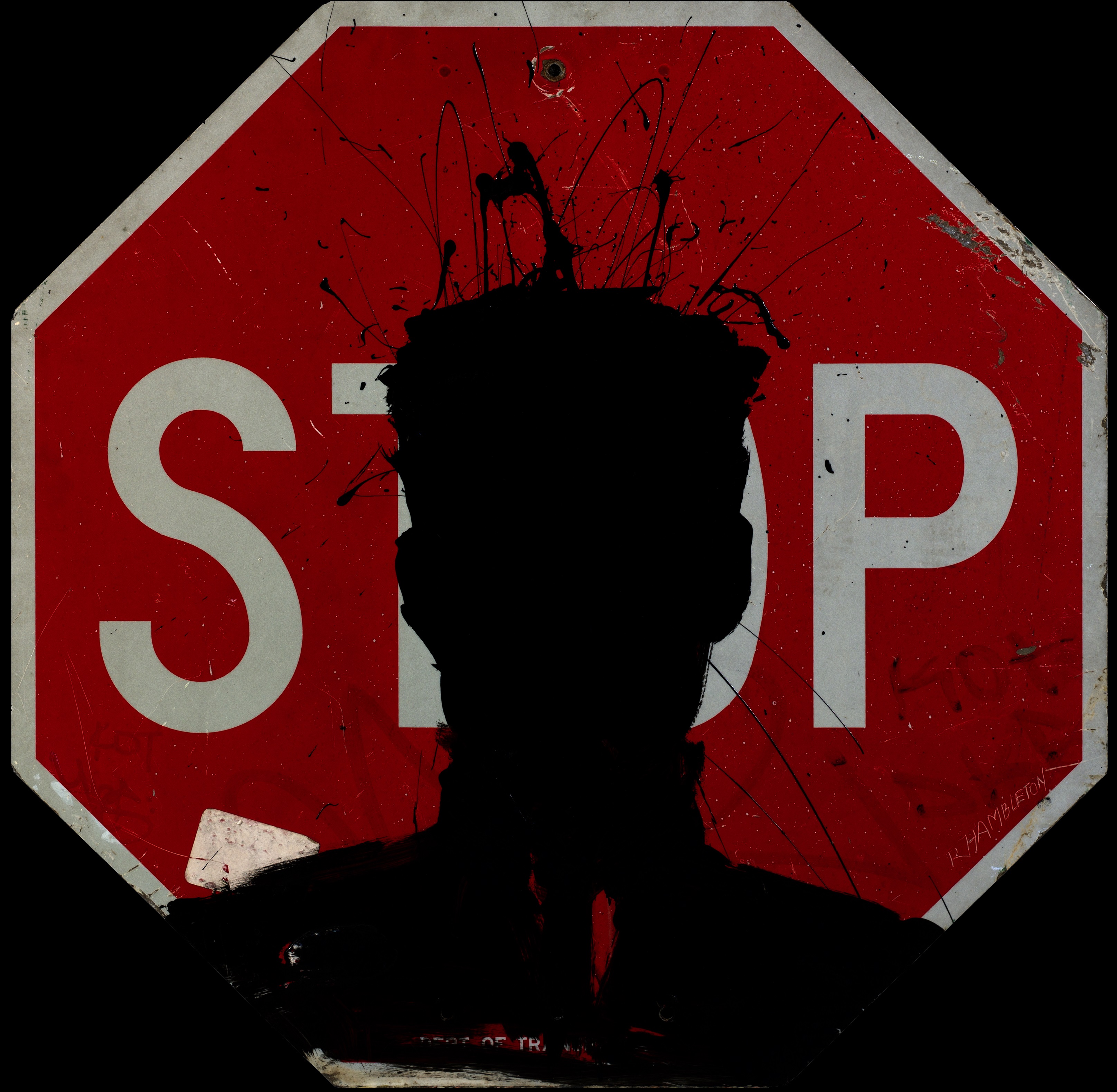 Born in Vancouver in 1952, Hambleton moved to New York at the tailend of the ’70s. Along with his aforementioned contemporaries, he helped pioneer the street art movement that the city became synonymous with during the 1980s, gaining notoriety for his shadowman wall murals.

Though he battled with addiction and experienced periods of homelessness, he continued creating conceptual art until his death. Today, he is considered one of the first street artists to have attracted the attention of the commercial world, even with his preference to remain away from the limelight.

“Without him, I honestly don’t know if we would have a language for street art – the culturally subversive stuff it’s so famous for. He gave us that. He created this completely fresh mix of street and performance art,” adds Rutland.

“Street art owes a debt to Richard Hambleton, without doubt. He’s such a unique figure. I just want more people to know his name, because they will already recognise his influence – it’s unmistakable.” 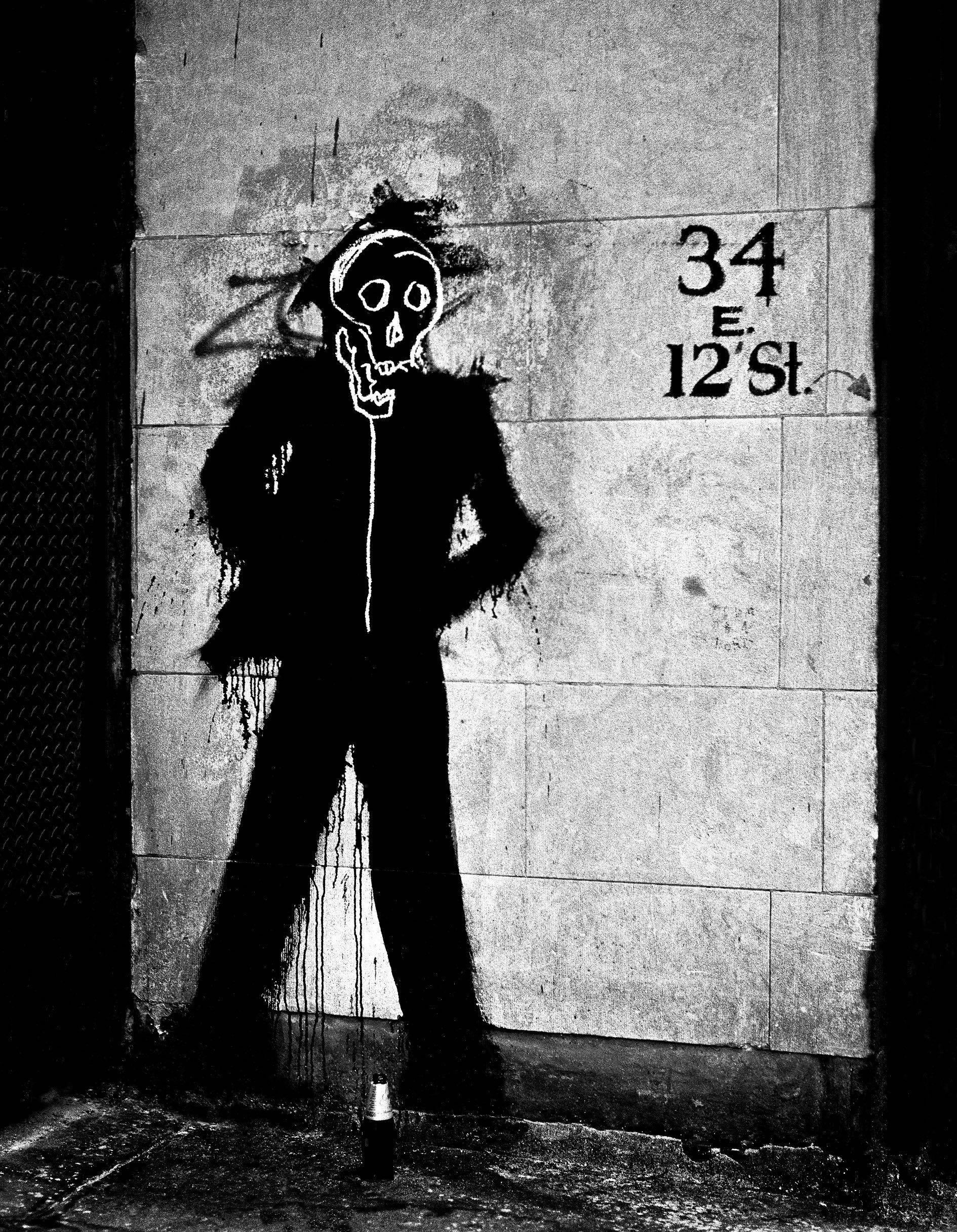 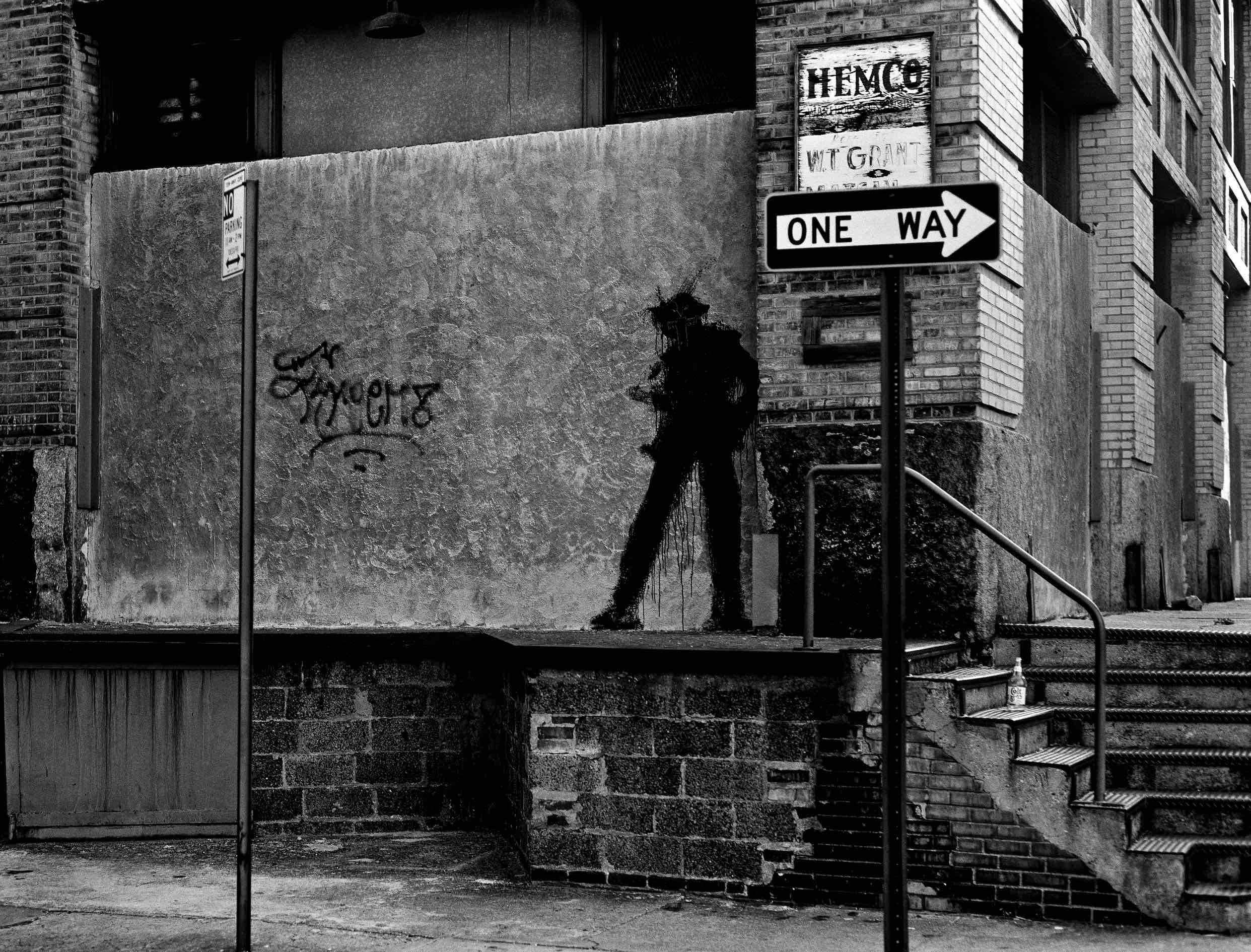 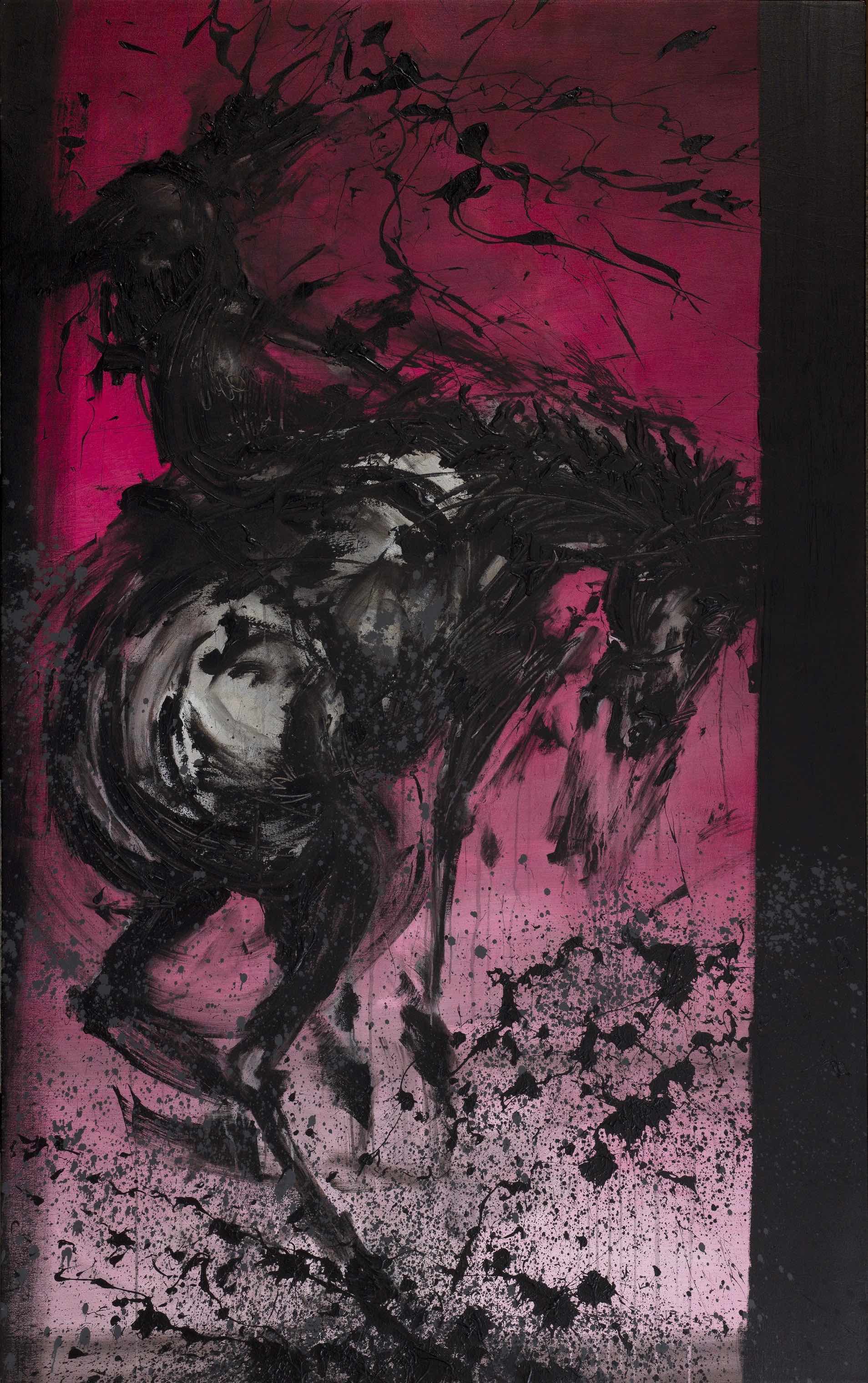 Linkedin
RELATED ARTICLES
OTHER ARTICLES
Financial turmoil is pushing people who work in the sex industry into more dangerous and desperate situations as a means of survival.
In his 2008 series, the photographer pictured himself as Angela Davis, Martin Luther King Jr., Malcolm X, and other prominent figures.
A group of young Palestinians have found temporary freedom in the act of parkour, reimagining wreckage and ruins as a series of high-octane playgrounds.
A new project is documenting formerly incarcerated people as they transition back into civilian life.
Thousands attended the annual event this year to wheelie through the city and call for ‘knives down, bikes up’.
A 37-year-old woman shares how her abortion led her to become a clinic worker, and the abuse she’s received in that role.