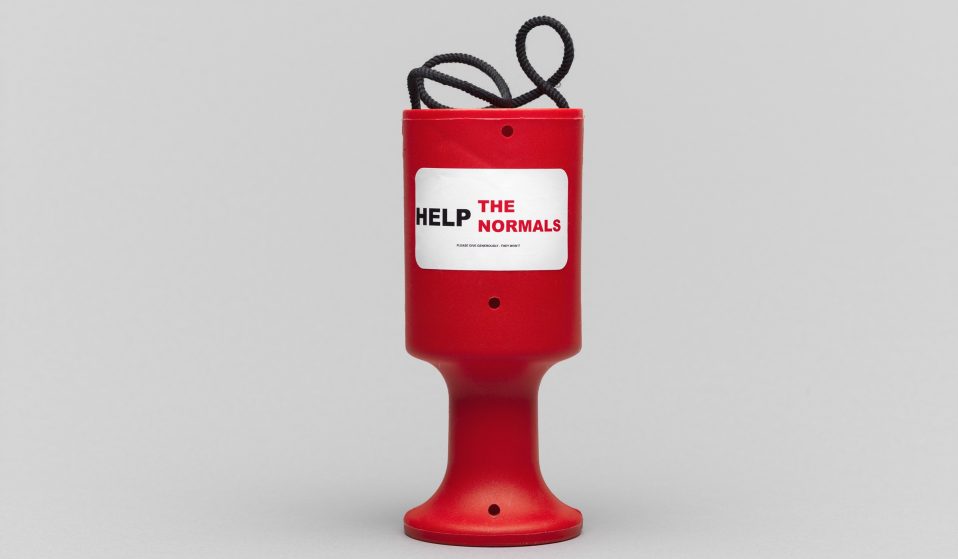 What’s there to be mad about? That’s the question a new group exhibition at the Bethlem Gallery, curated by artist Dolly Sen, is asking – and even a brief glance around the show will give you answers in abundance.

Psychiatric coercion, misdiagnosis, benefit cuts, stigma, violence, restraint – all of these topics and more are depicted in the show via video, painting and installation work. Upstairs, in the Bethlem Museum of the Mind, archival material explores the same themes through a historical lens in its own exhibition, Impatient!, which draws on the recent history of patient and survivor activist groups to demonstrate the impact of their work.

The Bethlem hospital – source of the word ‘bedlam’ and notorious for being home to hundreds of years of inhumane and oppressive practices – may not seem like the most apposite place for such exhibitions. After all, where better represents the most vicious excesses of the psychiatric profession than in a hospital famed for its appalling treatment of patients?

But the setting only makes the exhibition more powerful. For many of us with long-term, chronic or severe mental illness, the psychiatric institution and those who staff it loom large in our lives and psyches: a dark figure representing violence and lack of agency. To stand on the site of such an institution and, for once, see the voices of the oppressed and the silenced not only centred but celebrated is a potent thing indeed.

“People and institutes who discriminate love silence and inactivity,” Sen explains. “Art is one way to have your voice heard and do something, but it is also a way to get into people’s hearts and minds. When done right, art will make you bigger, more beautiful, more intelligent and more wonderful than those who seek to hurt you.”

Art, she goes on to explain, was the “route to save my life and save my soul”. After her first psychosis at 14, Sen hid herself “from a world that was utterly terrifying”.

“I was a lost human being,” she says. Discovering creativity – writing and art, for her – helped her “draw a map out of the lost-ness”. 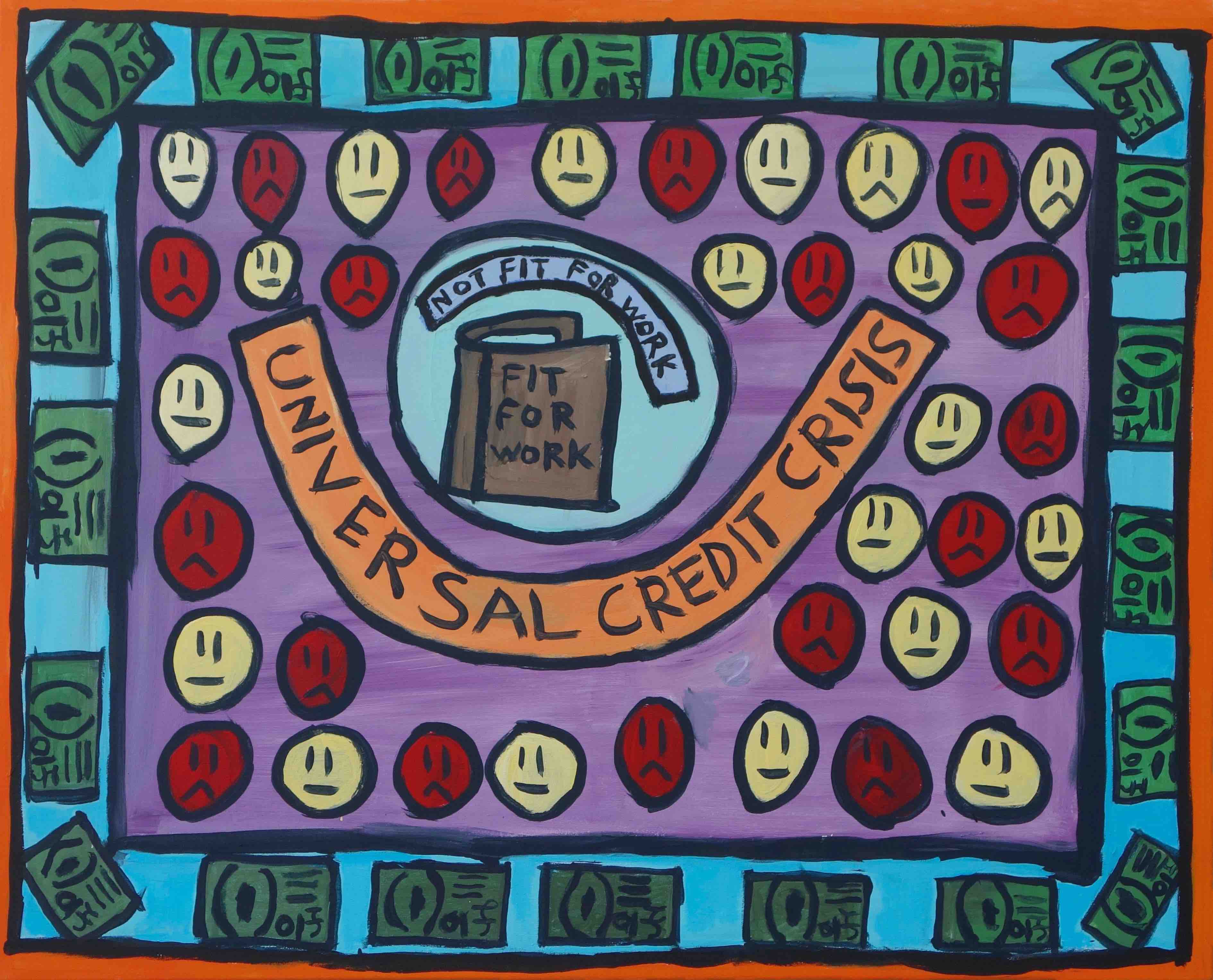 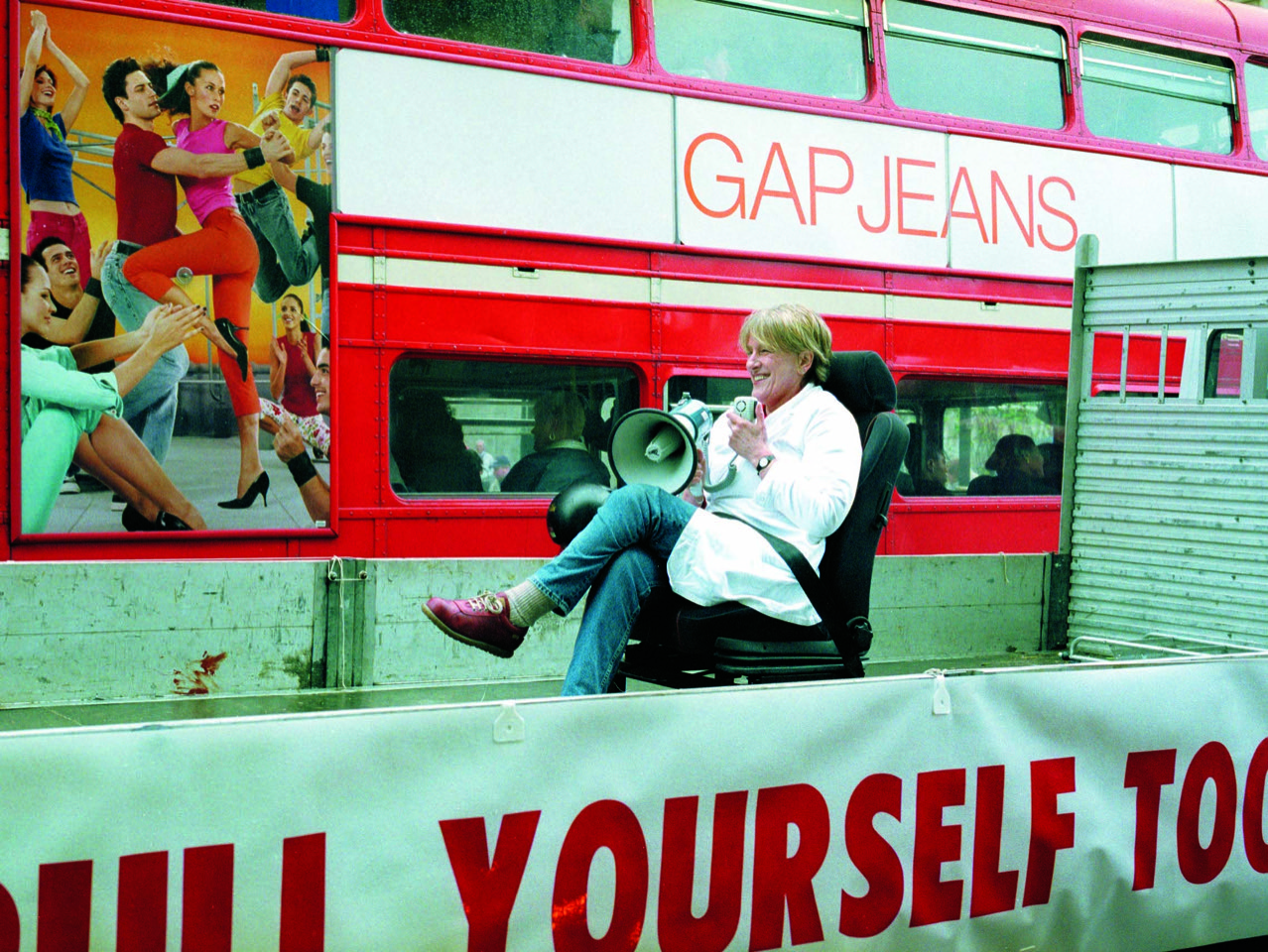 Bobby Baker, Pull Yourself Together. Image by Hugo Glendinning

Colin Hambrook, another artist exhibited in the show, feels similar. “I wouldn’t be alive without art,” he says. “I would have died a long time ago. It’s been at the very core of my life.”

Hambrook now runs Disability Arts Online, a platform aimed at uplifting disabled artists, helping them create communities of like-minded creatives, and giving their work the critical look it deserves.  He sees protest not only as a way to affect social change – “building a consensus to challenge the status quo” – but as a way of finding allies in your collective and individual fight.

“It’s about connecting with other human rights issues, looking at the broader spectrum of giving voice to people who are marginalised,” he says. “It’s not necessarily about answers per se, but it is about creating conversation, and giving voice to questions that need to be answered.”

Upstairs, in the museum, this sense of solidarity and collectivism is also tangible. As with Sen’s exhibition, the vast majority of the pieces have a clear radical voice. There are the Mad Pride leaflets, which utilise the iconography of anarchism; the Survivors Speak Out newsletter with its explicit fight against discrimination; Asylum magazine’s first issue, featuring adverts for protests and organising committees; and essays on Franco Basaglia, who democratised asylums in Italy with the support of the Communist Party.

Many of the works are angry: when you fight against violence, coercion, restraint and discrimination every day of your life, you are likely to end up pretty mad. But both shows are also galvanising. The breadth and depth of survivor protest throughout recent history can only be touched on in Impatient!, partly because of space and partly because access to historical materials is not always easy to get. But to connect with these radical figures, and to understand just how long and how hard our struggle has been, can do nothing but harden your resolve.

On leaving Impatient!, you can wander across the hall to the museum’s permanent exhibition, a history of the hospital and of psychiatric care more broadly. There are all sorts of artefacts in there; paintings by former patients, videos, bottles of tinctures and potions previously thought to have cured us of our maladies. There’s also, most strikingly, pieces of a wall of padding used to line a cell, and metal chains, restraints and handcuffs used to keep patients down.

Seeing such tools of institutional violence displayed just feet away from the words of those forced to endure them makes these two exhibitions all the more relevant and all the more needed. As Hambrook wrote, in a quote adorning the back of the exhibition guide: “Protest in its purest form is love in a world that continues swiftly towards its own demise”. Loving, raging, fighting: we’ll do it, and we’ll do it together, until that demise comes to pass. 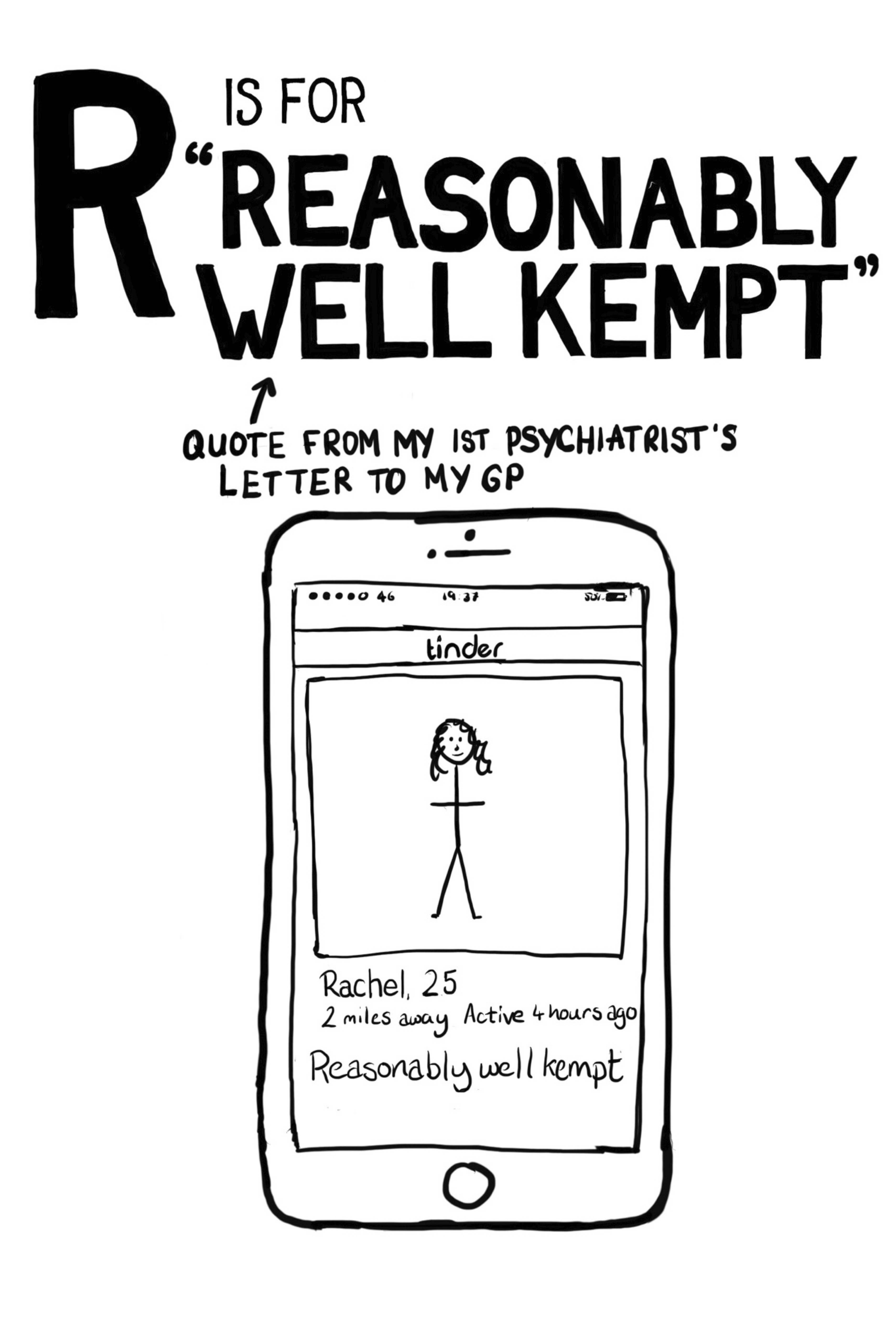 Rachel Rowan, Olive Detail, from A is for Awkard 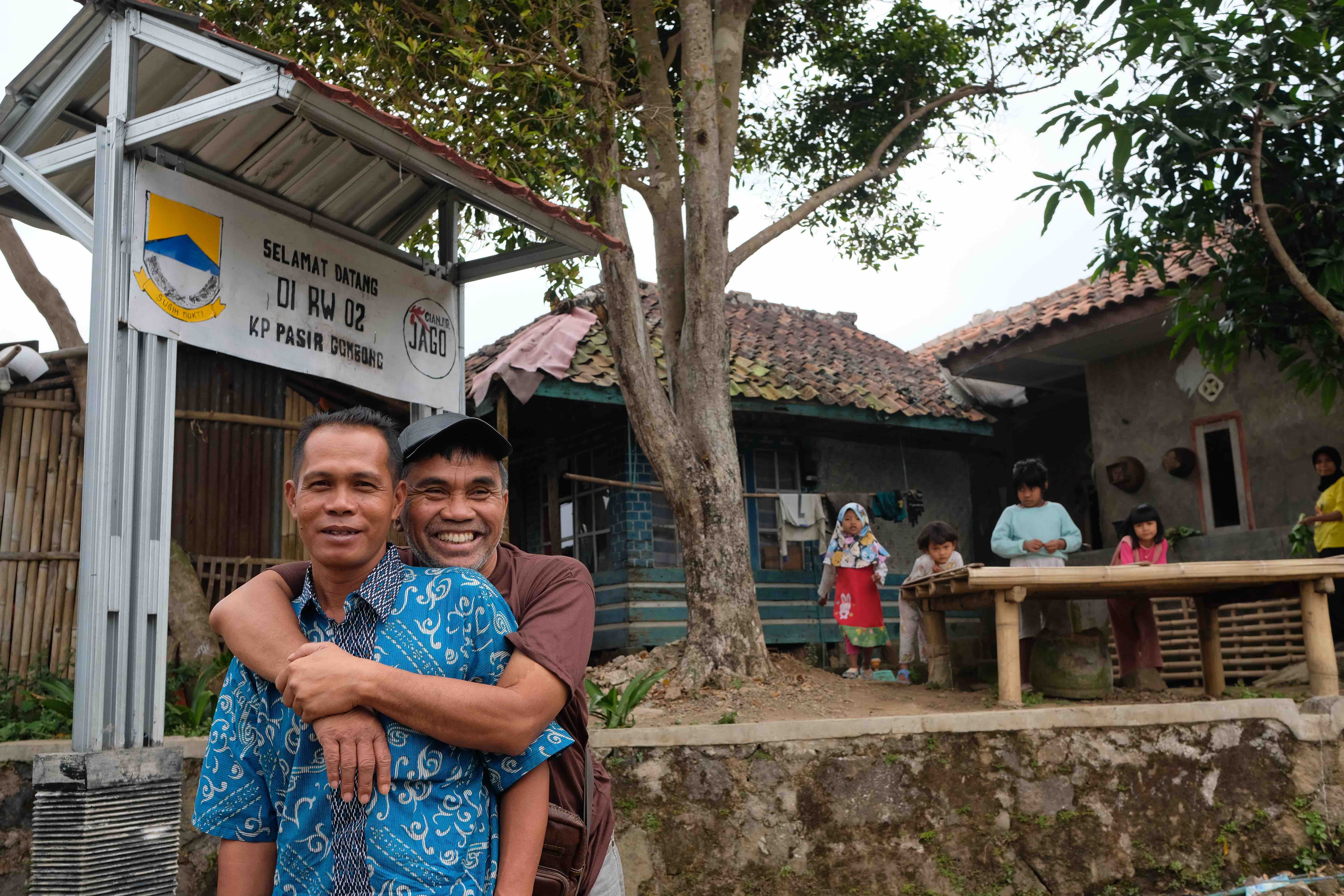 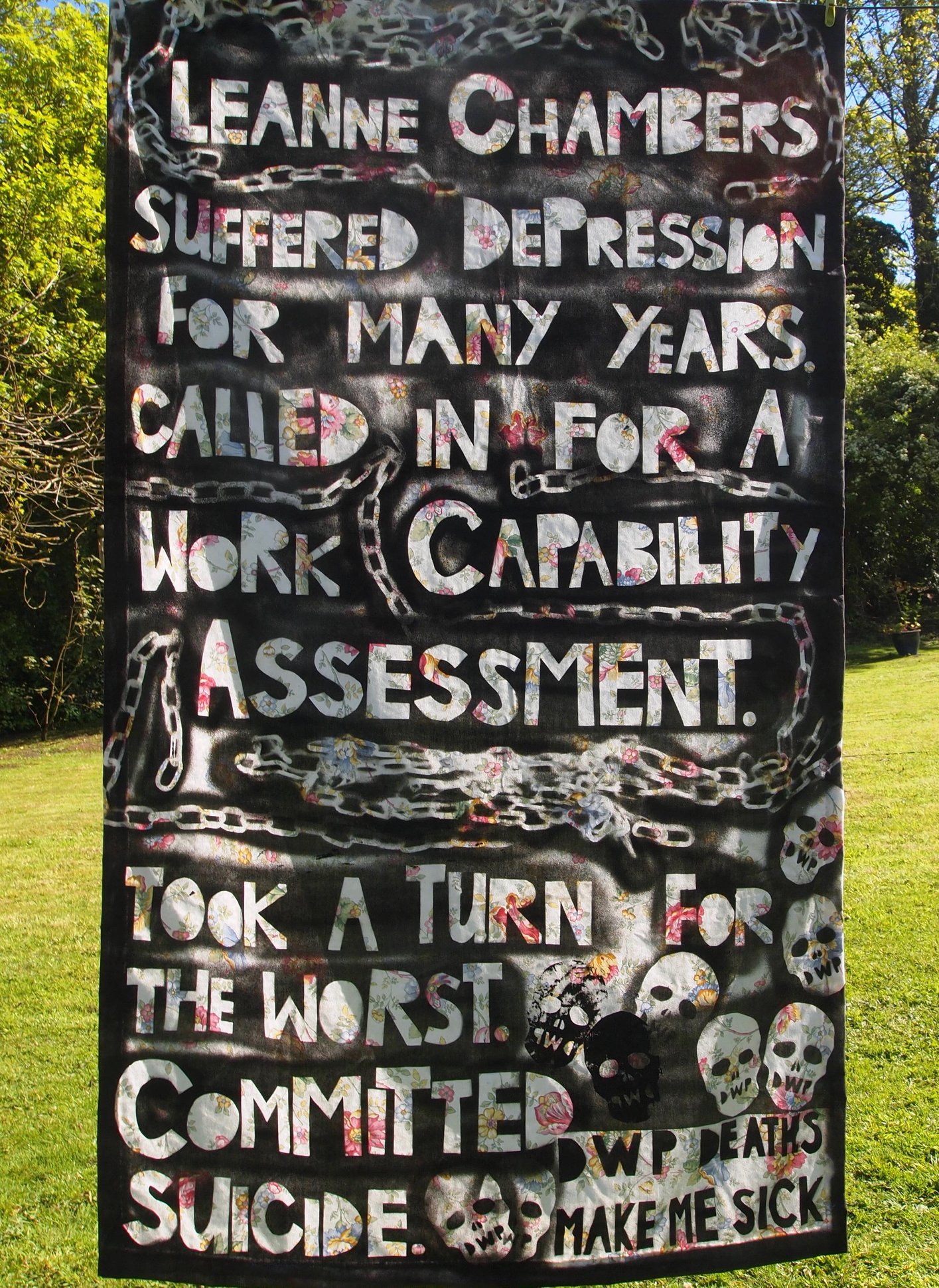 What’s there to be mad about? is on at London’s Bethlem Gallery until November 8th.

Linkedin
RELATED ARTICLES
OTHER ARTICLES
The novelist discusses his electrifying debut, which offers a deft examination of masculinity under late capitalism.
The internet furore surrounding a certain NY-based furniture designer should make us question whether condemning people in the harshest possible terms harms more than it helps.
A new book traces the legislation’s tumultuous history and the lasting impact its had on LGBTQ+ activism today.
With abuse of call-centre staff on the rise, many are now speaking out about the hostility they’ve faced.
Hundreds gathered together to protest the policing bill by making as much of a racket as possible.
Photographer Melanie Nissen recalls capturing the characters, fashions and rarefied chaos of a rapidly-expanding set of punk bands who helped to redefine the genre.