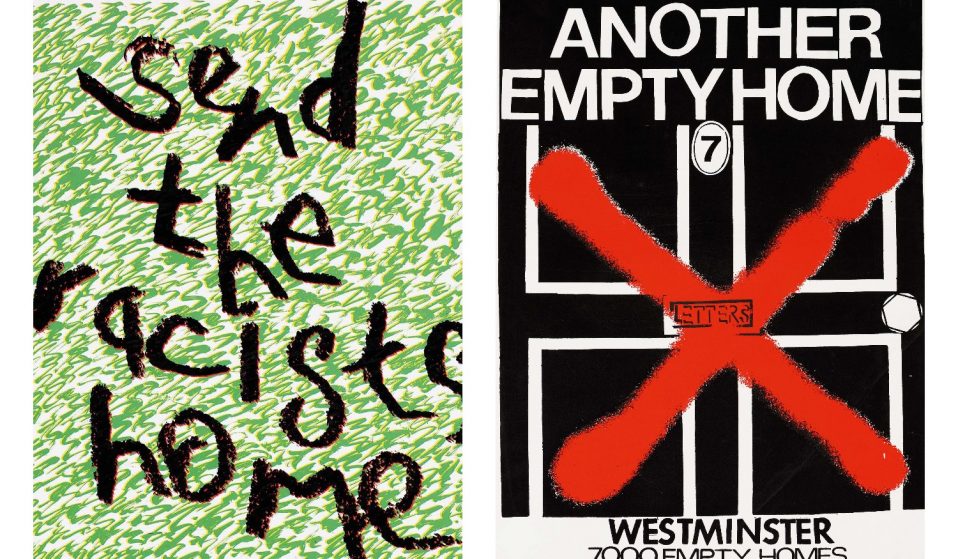 From anti-landlord housing struggles, to socialist activism: the Paddington Printshop designed the aesthetic of rebellion in the 20th century.

From anti-landlord housing struggles, to socialist activism: the Paddington Printshop designed the aesthetic of rebellion in the 20th century.

London has a long and radical print culture, stretching from the civil war to the present day. “Printers were always at the forefront of social conflict,” John Phillips, co-founder of Paddington Printshop, tells me. “They were the most literate part of the working class. They had to be able to read, and they read the stuff that was coming onto the presses.”

In the 1970s, the Paddington Printshop – an Anarchist-run studio in west London – played a significant role in this history, supporting and promoting the hard work of squatters networks, feminist groups, anti-racist campaigns, and community events such as the burgeoning Notting Hill carnival. Now, the Printshop’s vibrant and vital contribution to working-class history has been collated in a new publication by Four Corners Books.

Printshop co-founder John Phillips stumbled into printing after finishing art school. After scrounging some basic equipment, he soon mastered hand-cut and photo stencil techniques before setting up a studio in his kitchen and doing a few small jobs for local community centres. “It soon became so crowded it was almost impossible to eat in the kitchen,” he remembers. “We found one of our clients had been given a large factory to turn into a community centre, and we borrowed the back room from them. It grew from demand really, rather than setting out with a plan.”

Paddington was then a notoriously deprived borough. But, John emphasises, it was culturally vital and politically active, which suited the Printshop’s radical principles – “nothing racist, sexist, or commercial!” – and its commitment to high-quality production at next to no profit.

They also benefited from a unique set of circumstances: a deindustrialising city with a sympathetic council, and officials who were willing to bend the rules. “With lots of manufacturing places and the docks disappearing, what you got was empty factory spaces that could be squatted or gained under a short licence,” he says. “There was the possibility of people coming together, and thinking previously unthinkable thoughts about how we can work together.” 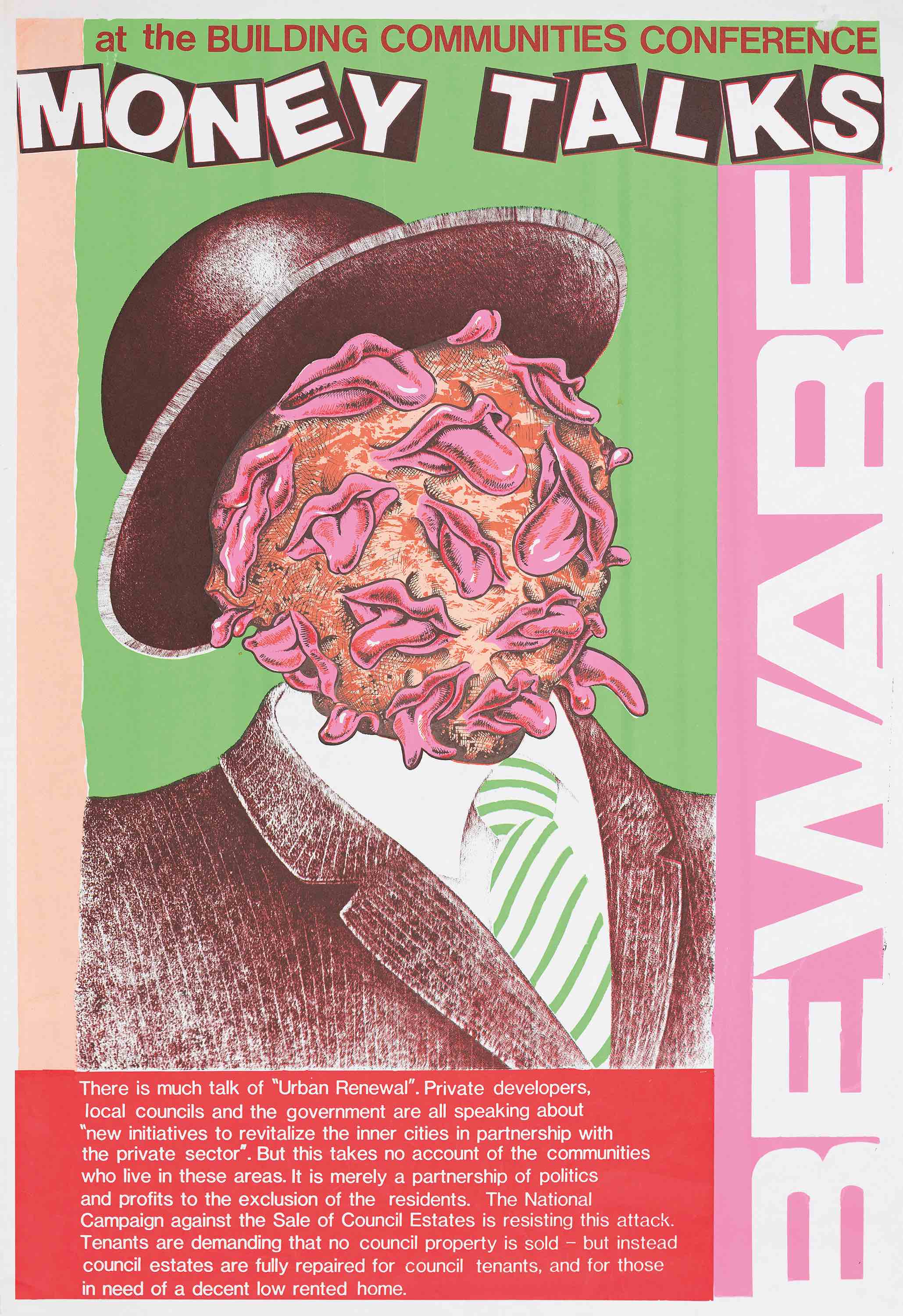 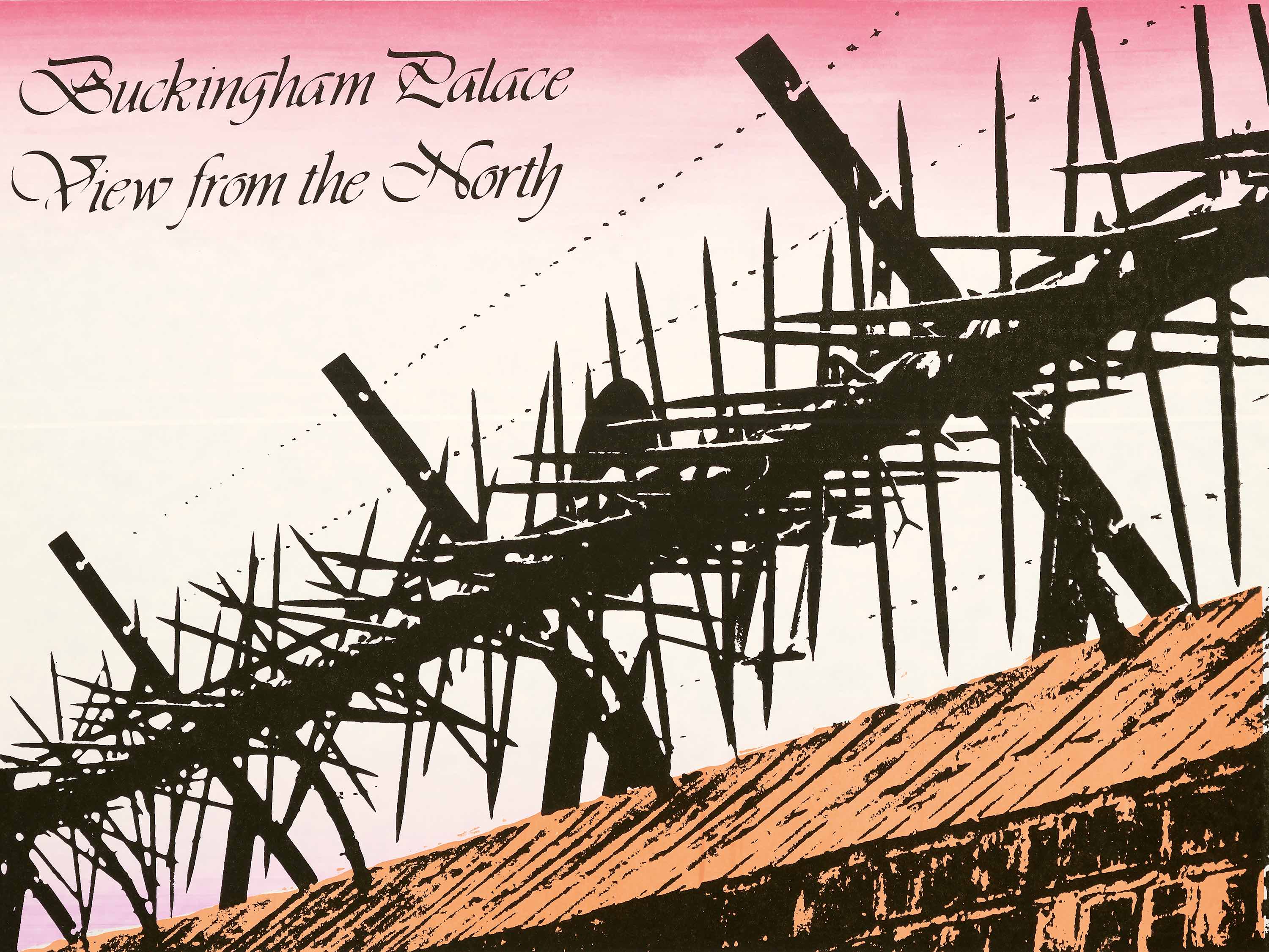 In John’s words, what Paddington Printshop wanted to undertake was nothing less than a “revolution of everyday life”. Collaborating designers would draw on left-wing graphic design history to create visually striking and politically compelling posters; with homage paid to Atelier Populair, Cuban revolutionaries, the Dadaist John Heartfield, and pop-artist Tadanori Yokoo in their use of photomontage, psychedelic colour schemes, and punching satire.

“We apply our own skills, but we don’t apply them as people who are above you and distanced from you, but alongside you. If you want to learn how to do it then we’ll show you the tricks of the trade, and we’ll help you do it yourself. We were turning the world upside down, in some ways, young and idealistic in others!”

John also attributes the Printshop’s success to what he calls “poster culture”. “Many organisations – whether they were a playgroup or a theatre group, through to squatters organising their own advisory service and national agents like Liberty – would think about making posters to promote what they were doing. And that meant that you had a huge variety of people from the local vicar to the local anarchists knocking on your door.”

While the idea of a poster culture has diminished, John still sees the use in political graphics today: “I think that it always feels like David and Goliath, we are always against forces that are much greater than ourselves. I really admire Extinction Rebellion and what they’re doing, and I think that they use really strong visual images, and that they use the media in a really really positive way. I think that things change and that there’s little point in being nostalgic for whatever one did then. Forget about the good old days, and work with the bad new ones.” 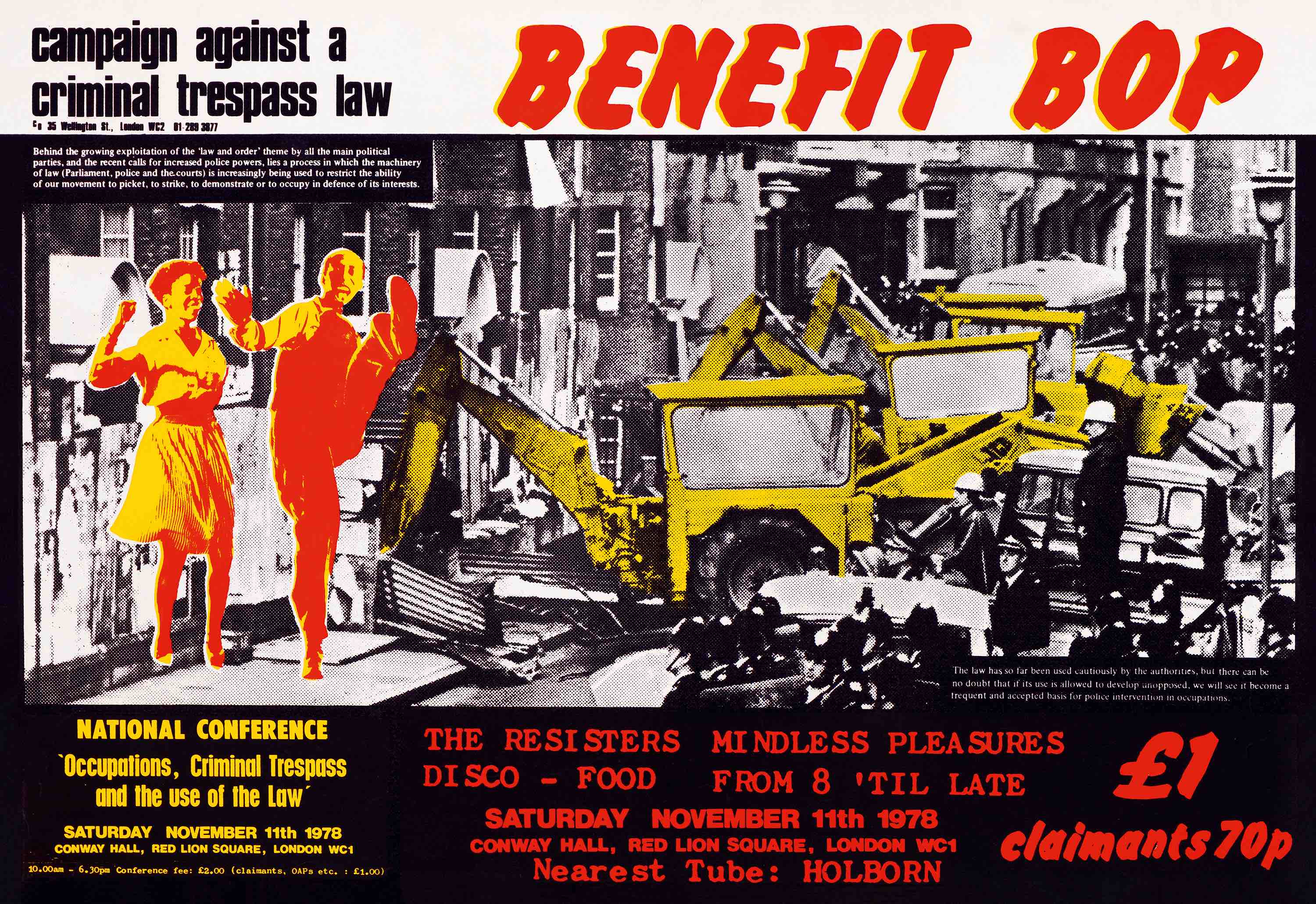 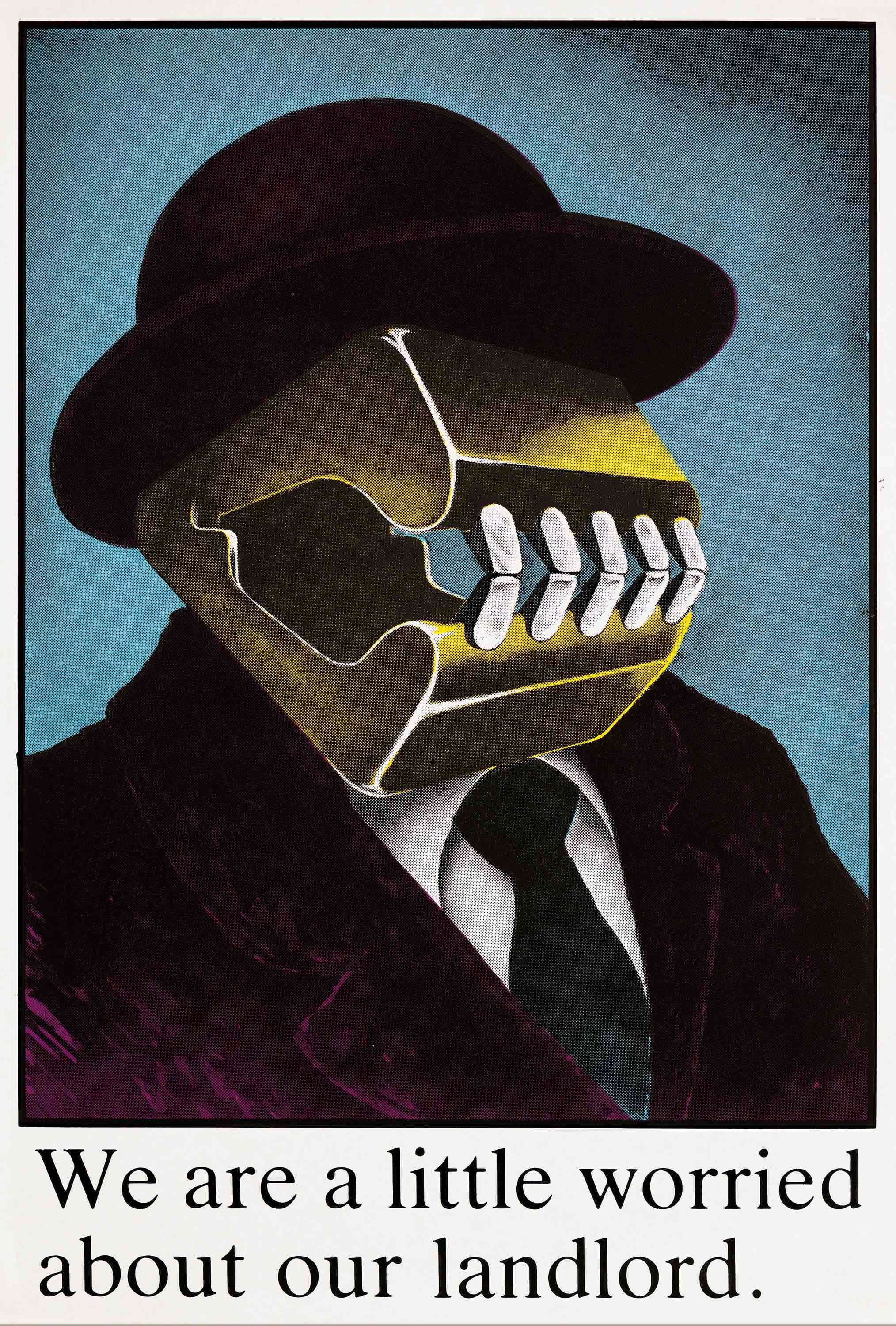 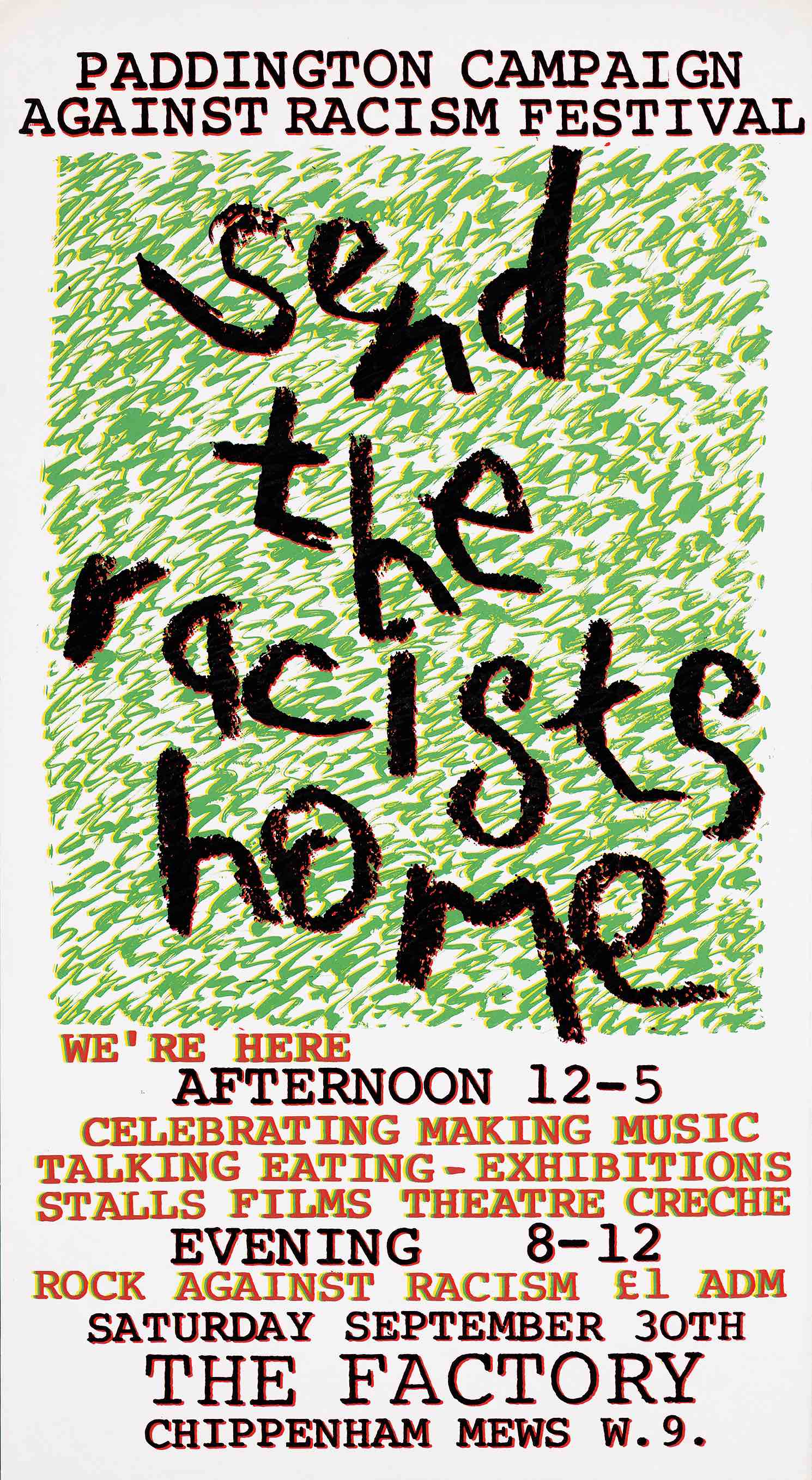 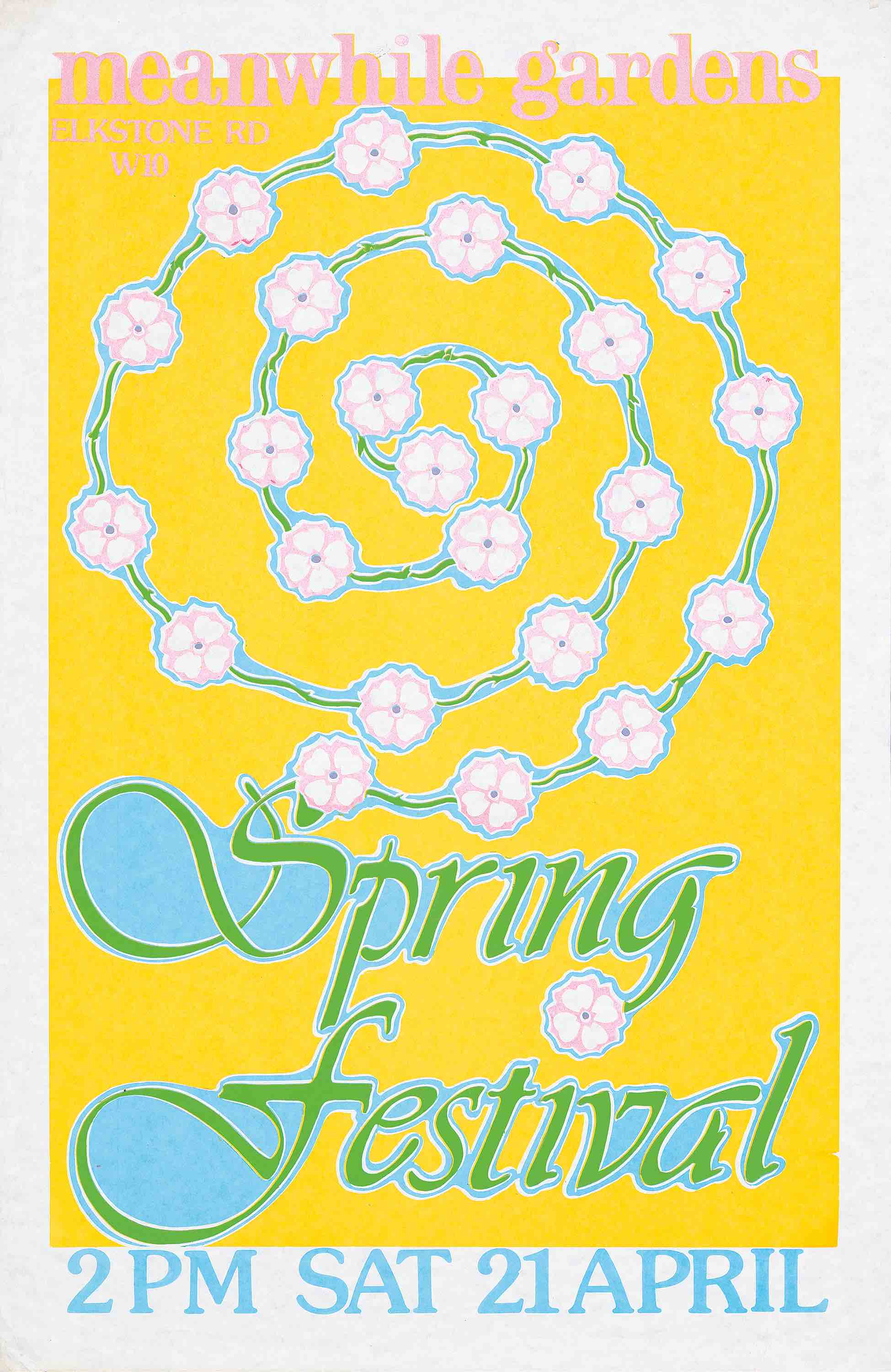 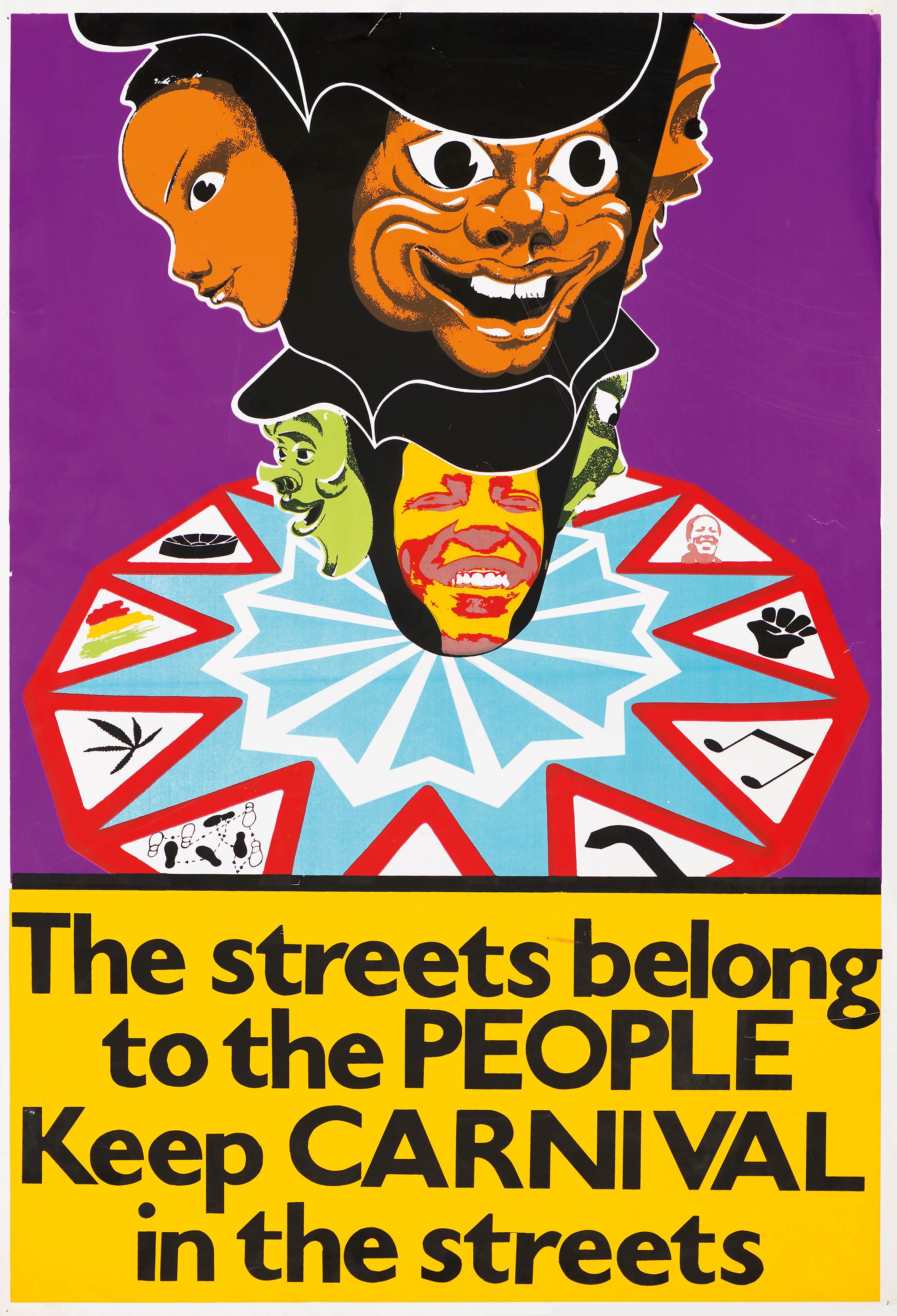 THE STREETS BELONG TO THE PEOPLE, KEEP CARNIVAL IN THE STREETS, 1976, John Phillips 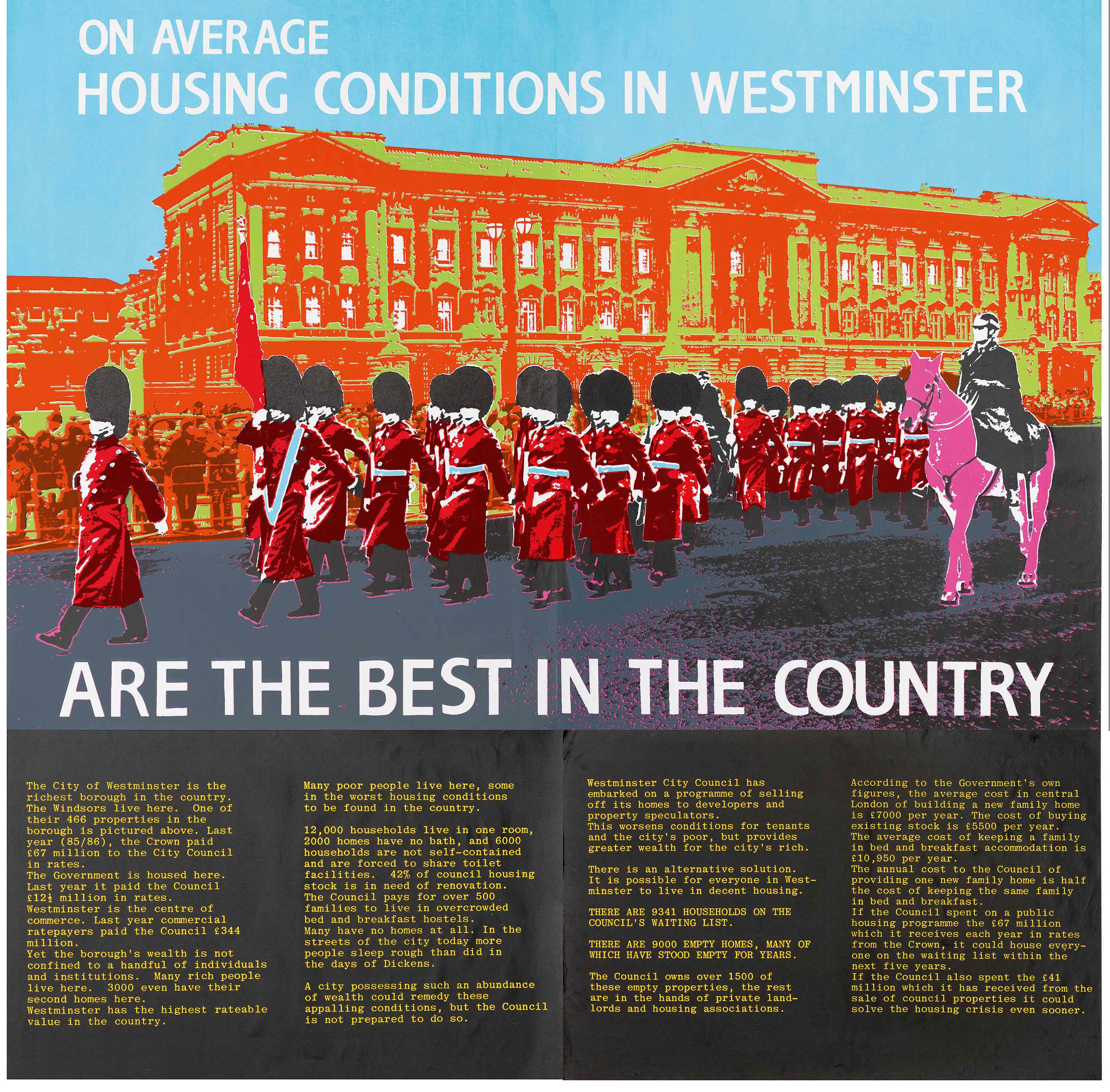 ON AVERAGE HOUSING CONDITIONS IN WESTMINSTER ARE THE BEST IN THE COUNTRY, 1988, John Phillips 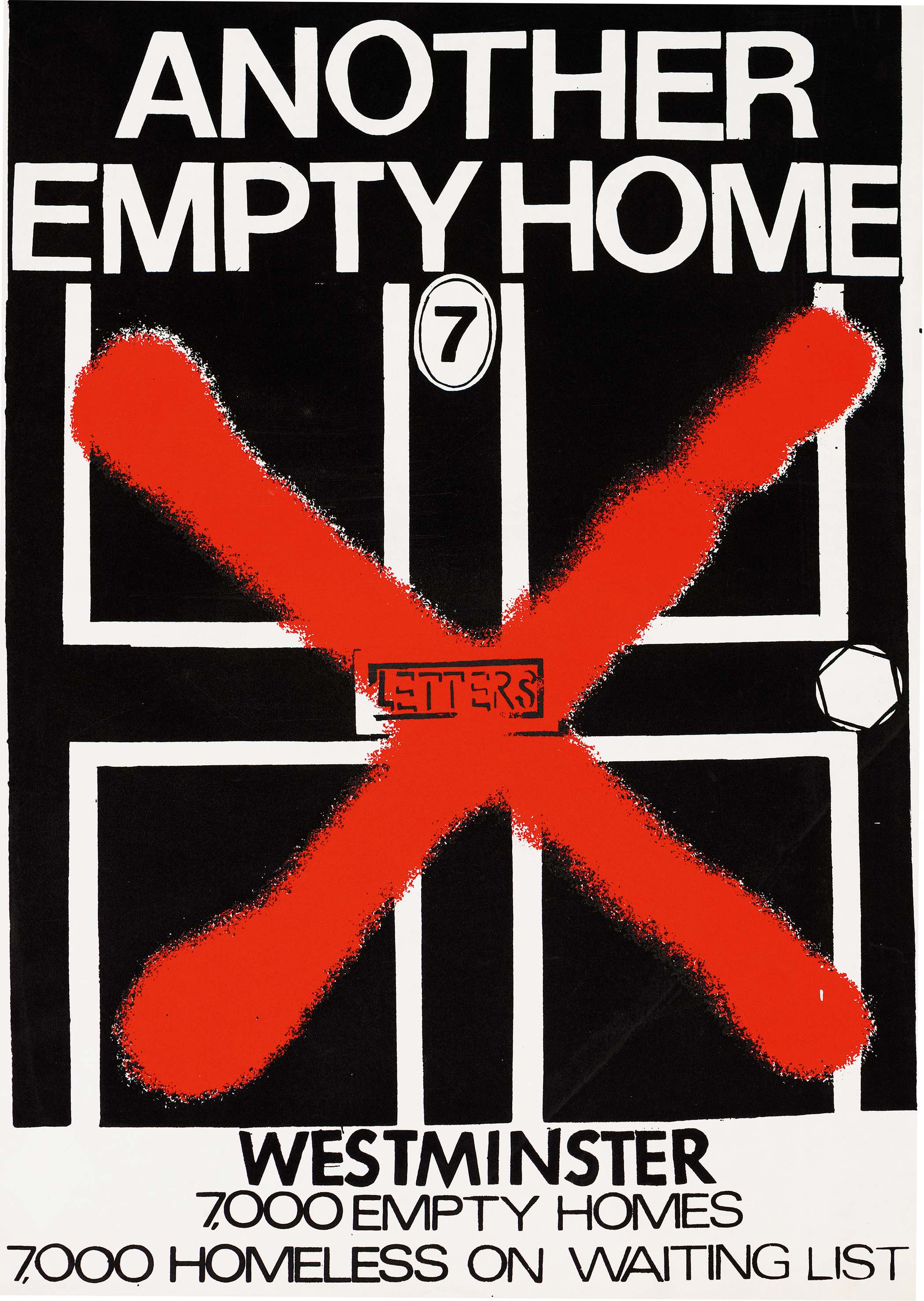 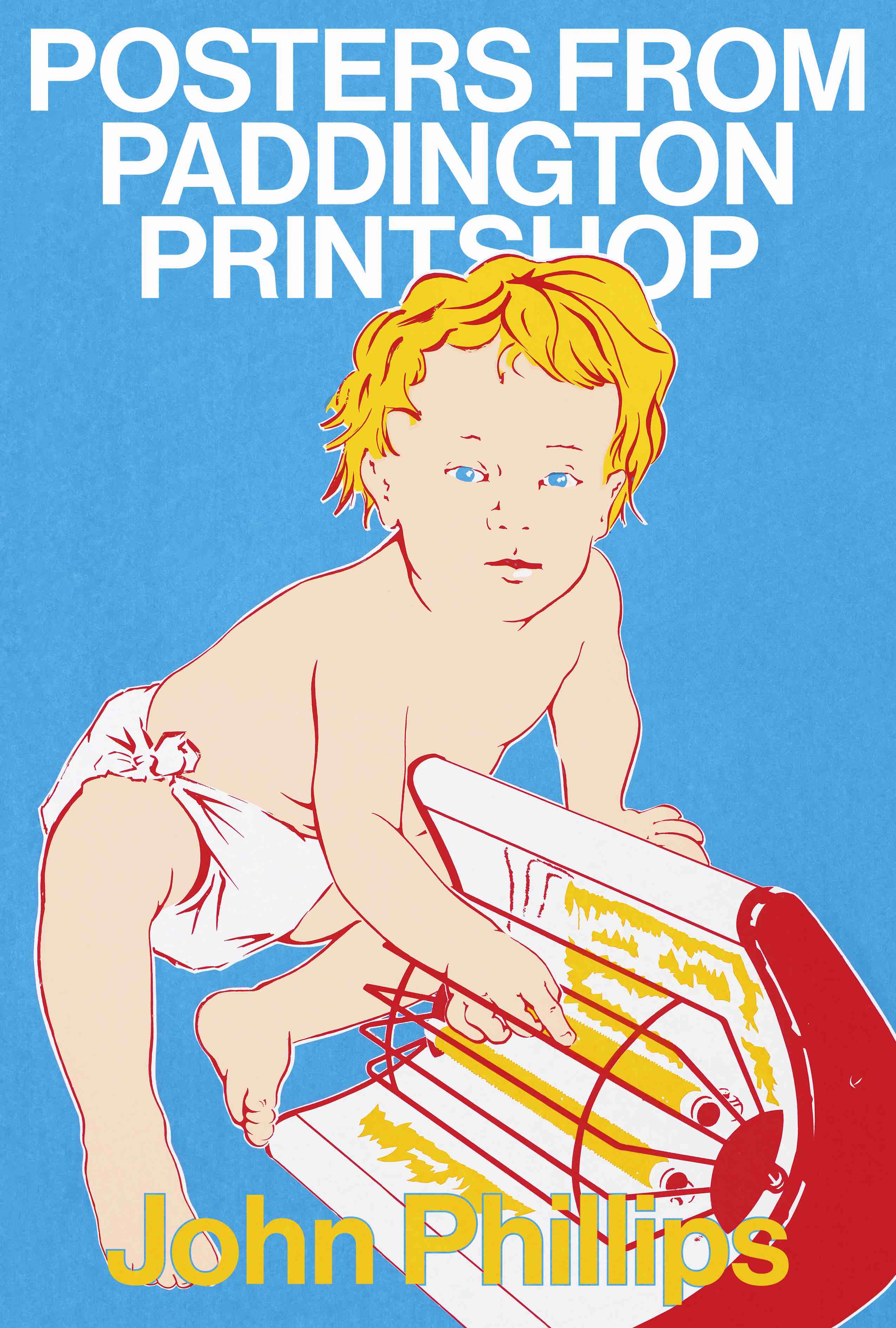 Linkedin
RELATED ARTICLES
OTHER ARTICLES
Following the release of his latest album God Don’t Make Mistakes, the rapper talks horror villains, police brutality and being unafraid to show his vulnerable side.
In the latest OFFF Dispatch, the enigmatic designer dives into his process, connecting the dots between his unique and varied creative output.
To mark the anniversary of the mass trespass of Kinder Scout, a group of hikers came together with the intent of creating a new, fully inclusive culture for rural spaces.
Following the release of his newly republished 1991 book, Redheads, the American photographer reflects on his celebration of ginger people and their magnetic power.
Photographer Phyllis Christopher recalls capturing sex and protest at a time when the city had become a haven for the queer community.
A group of Ukrainians living in Poland are helping Ukraine withstand Russia’s brutal invasion by buying supplies and shipping them directly to the war’s frontlines.