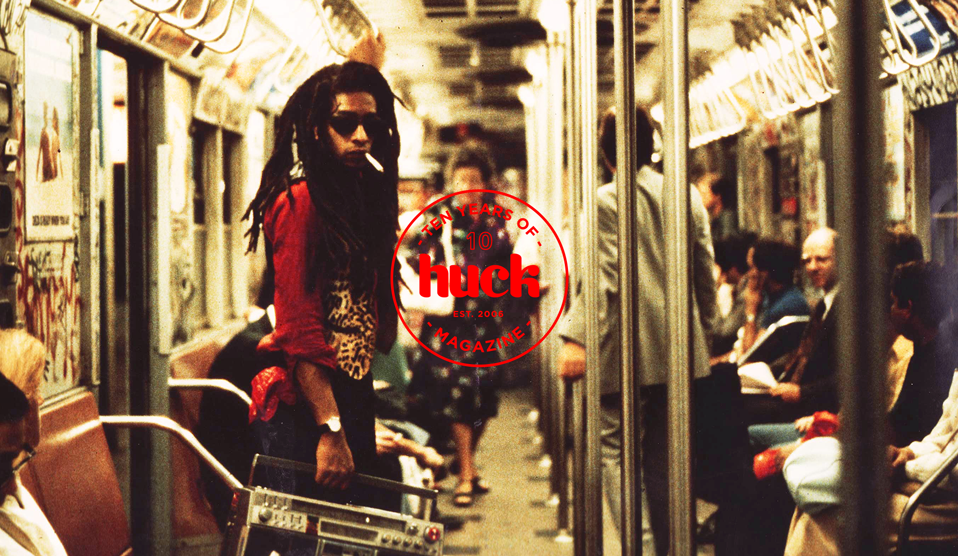 To celebrate 10 years of Huck, we're digging through the archives to unearth our favourite stories. For Huck 22: The Counterculture Issue, the 'visual terrorist' who introduced reggae to punk revealed why great things happen when worlds collide.

To celebrate 10 years of Huck, we're digging through the archives to unearth our favourite stories. For Huck 22: The Counterculture Issue, the 'visual terrorist' who introduced reggae to punk revealed why great things happen when worlds collide.

Don Letts has a gift for being in the right place at the right time. When reggae, punk, hip hop and post-punk all began to take shape, ‘The Don’ was at the epicentre, connecting the dots.

It started with the sound of two cultures colliding: Letts became the house DJ for London’s first punk club, the Roxy, after his reggae soundsystem drew the likes of The Clash, the Sex Pistols, Chrissie Hynde, Patti Smith, Debbie Harry and Bob Marley into London’s anti-establishment boutique, Acme Attractions. 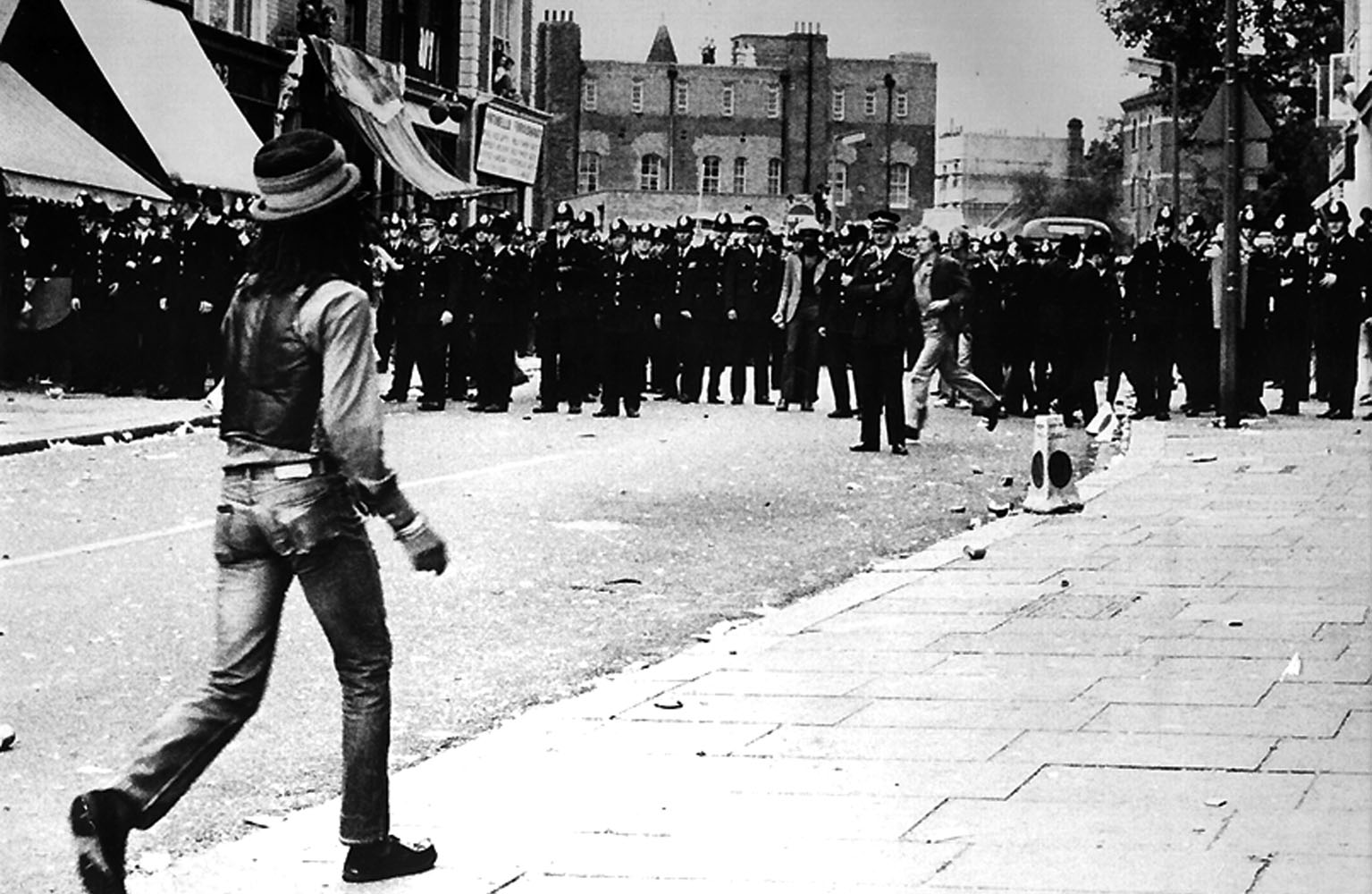 Through documenting punk’s rise, Letts became the filmmaker dubbed a ‘visual terrorist’ by Fellini, while Big Audio Dynamite (B.A.D.), the multicultural multimedia group he formed with The Clash’s Mick Jones in 1983, would be emulated by the likes of Gorillaz and Massive Attack.

Today, Letts is hunched forward in the armchair of a members’ club on Portobello Road, a beatbox emblem dangling on a pendant around his neck, his Rasta hat wobbling as he tears through all the stories that have warranted a film – Superstonic Sound: The Rebel Dread Documentary – about his life and influence.

You say anyone could have done what you did, but do you think another person could have made the same connections and sparked the same collaborations?

I think a lot of people did. Punk made me realise I didn’t want to be just a fan. One of the reasons it’s had this lasting impact is that it wasn’t just a soundtrack. We were likeminded outcasts who reinvented ourselves as writers, photographers, fashion designers, artists and filmmakers. Until that time I’d never thought about how one thing inspired another. Very little comes out of a total void.

Were punk and reggae ever at odds? Or was there common ground from the start?

It’s easy to see what punk got out of the fusion: basslines, the anti-establishment stance, musical reportage. What reggae got in return was exposure. That was all it needed. But there were uneasy and suspicious bedfellows on reggae’s side.

I fell out with Bob Marley over punk. I had on some bondage trousers and he said to me, ‘Don Letts, whatcha dealin’ wit? You look like one of dem nasty punk rockers.’ I said, ‘Hold on a minute, these are my mates!’ He’d obviously been reading the tabloids, which portrayed punks negatively.

I didn’t tell him to fuck off but as a baby dread I held my ground. Later he was moved to write that song, ‘Punky Reggae Party’, which put reggae on the map. So I figure I got the last laugh. 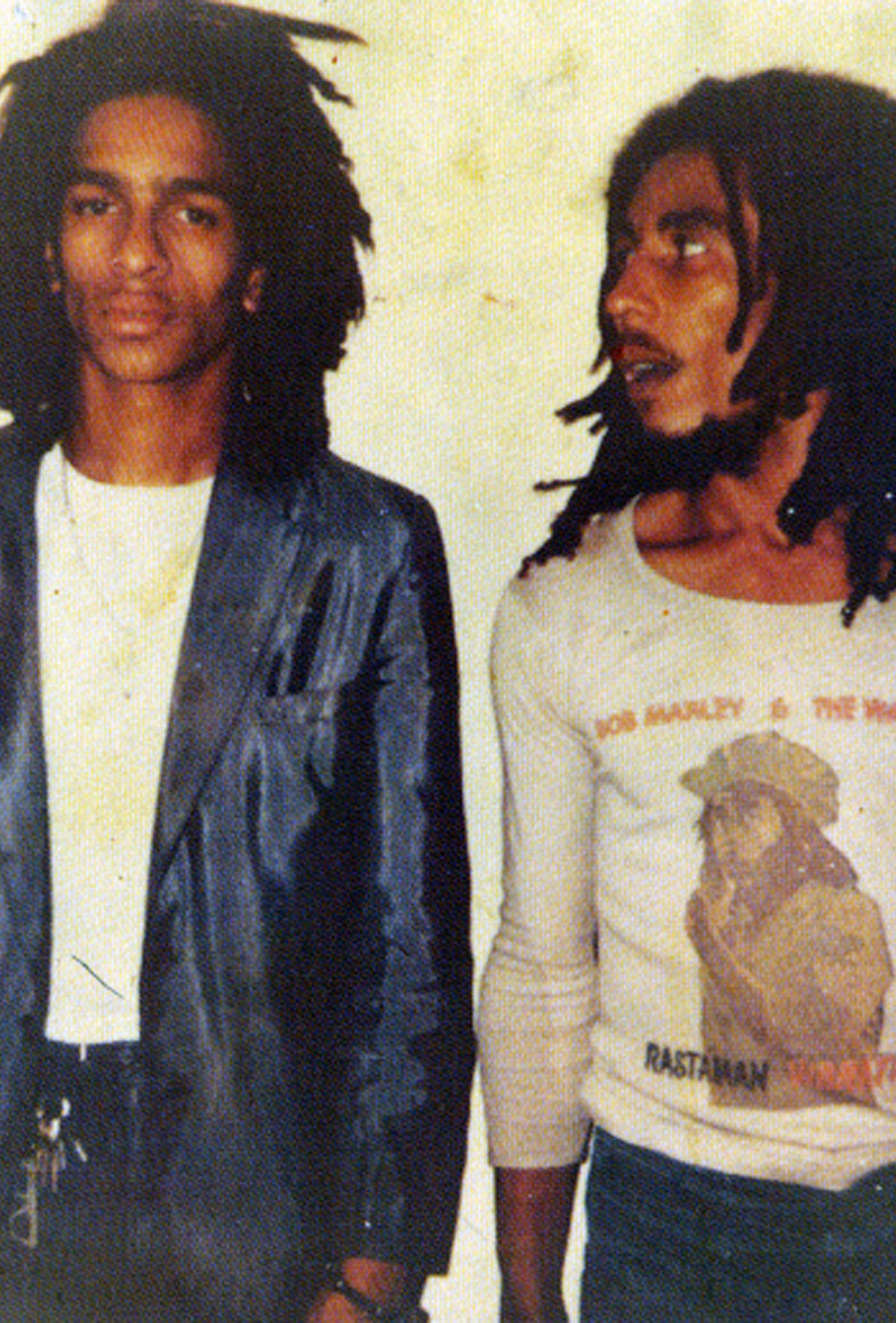 You proclaimed punk as ‘year zero’ and got rid of your record collection and Beatles memorabilia. Was that rash in retrospect?

It was bloody stupid! But it was part of the counterculture process. We were rebelling against what the hippie movement had become, which was totally removed from the feeling on the street. Yet it lasted longer and arguably had more of an effect than punk, which got stupid within two or three years.

The Pistols went on the [Today] show with Bill Grundy and the next day everyone thought they knew what punk was about. A lot of people quickly disassociated with it and went on to better things. You were never supposed to get stuck on the first rung of the ladder. You were supposed to keep climbing. 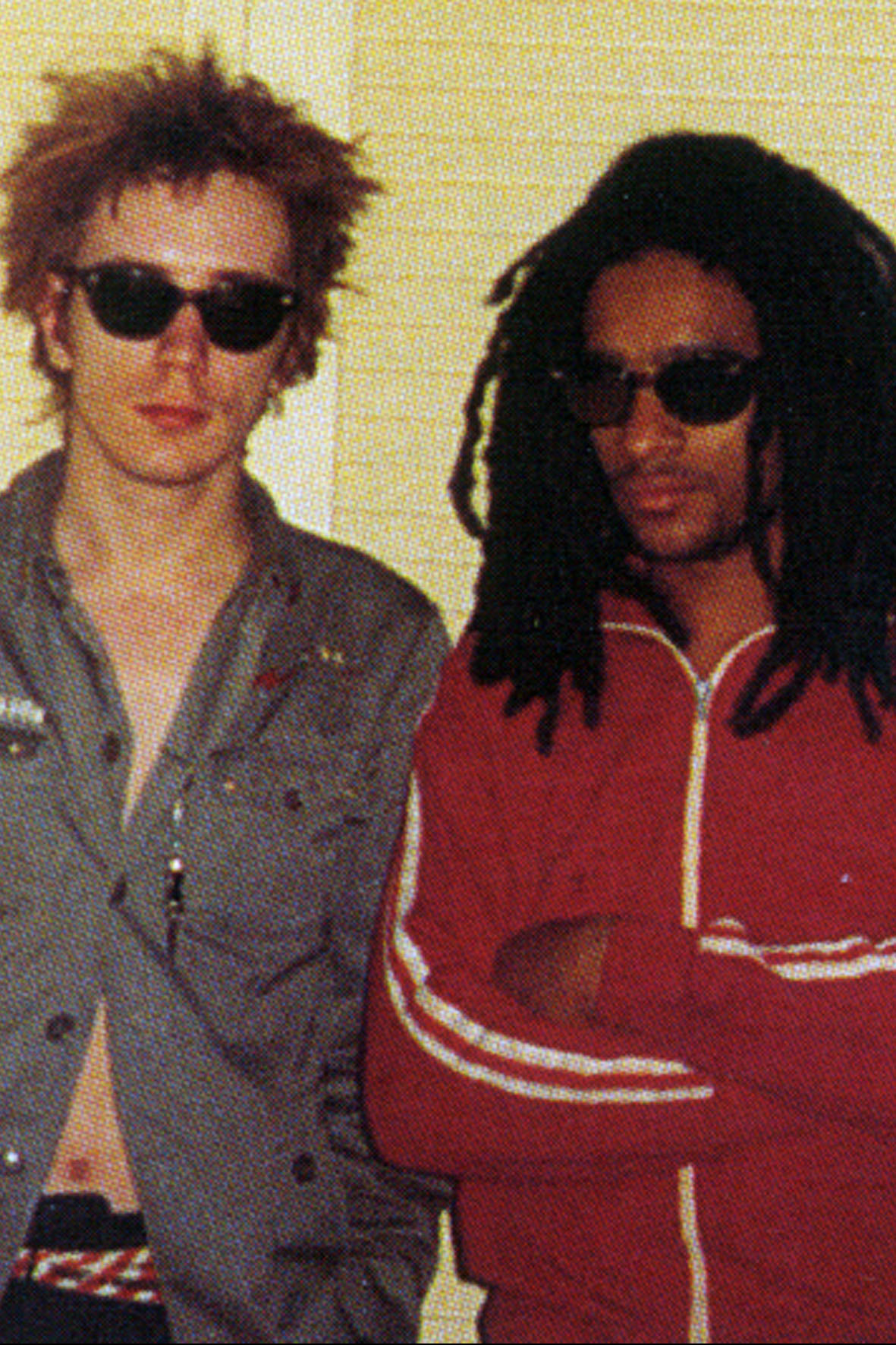 What you describe as ‘second-hand, tabloid punks’ – that image seems to have endured more than the ideals. How do you feel about that?

I feel sorry for those punks. There are always people who get the wrong end of the stick. I get people all the time saying, ‘I play the guitar really fast and I’m angry.’ It was never about that.

It’s about an attitude and a spirit that pre-dates music. In fact, music is one of the most difficult places to express it. If you’re only interested in being successful, how radical can you be?

The minute you want what The Man is offering, you’re fucked. If counterculture is an ongoing dynamic, where are we now? In a sad place. In the West, it feels like punk never happened.

A lot of young people are very conservative and like to be led. The other day I gave a lecture and these kids said I sounded like an angry old man. I thought, ‘That’s ’cause you ain’t angry enough!’ 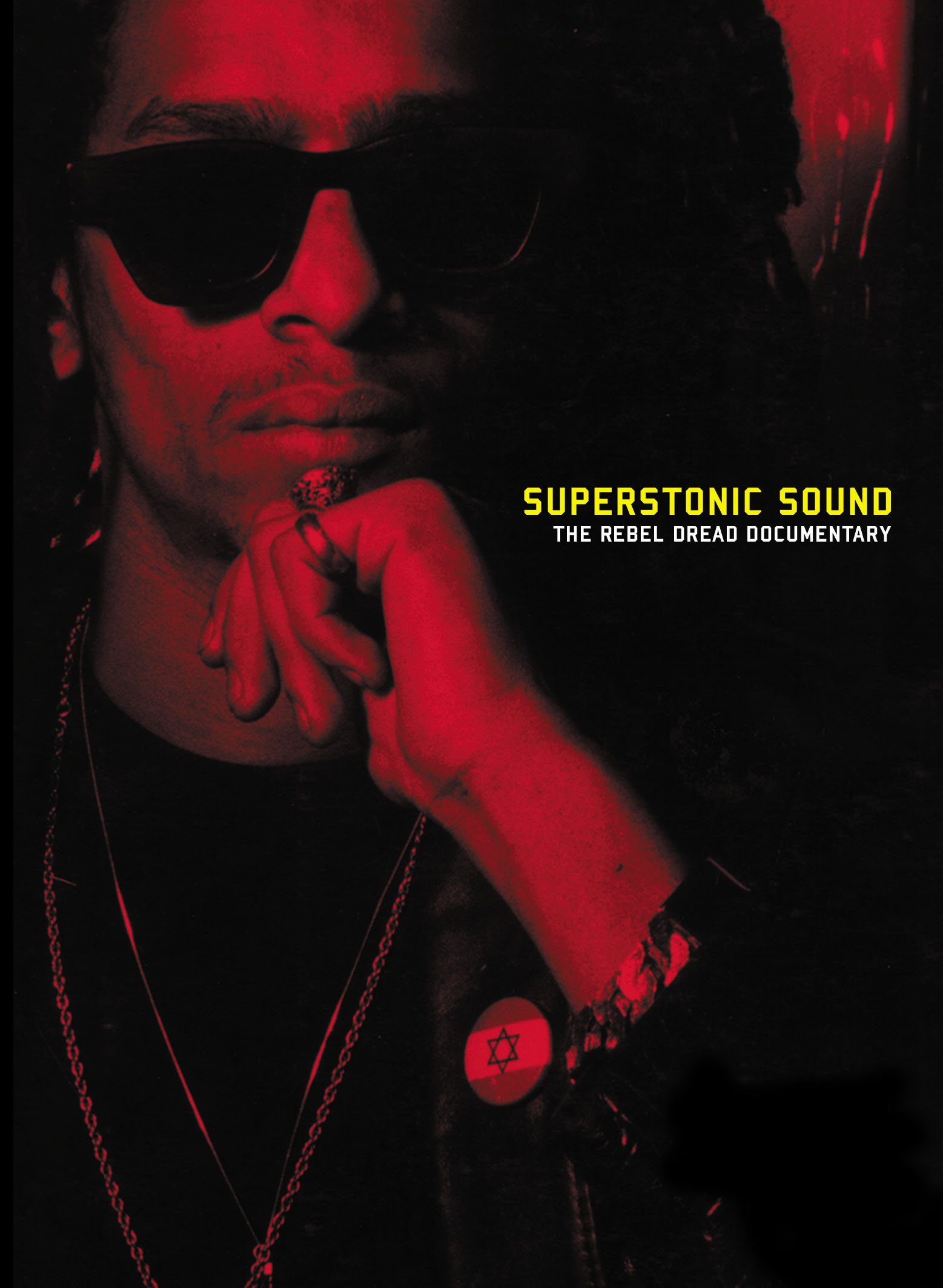 All the things that pissed me off in the ’70s are still around. There seemed to be cultural upheaval, even up to the ’80s, but as soon as people could get things cheap they all thought they could do it. You can’t.

There is a basic requirement for creativity. You’ve got to have a good idea. I’ve come to the conclusion that art was better when shit was more expensive.

When someone like Joe Strummer wanted a guitar, they had to work hard and save up. That process of pain and struggle weeded out people who weren’t serious.

Nowadays you can buy a laptop, get on GarageBand and become a musician instantly… then change your mind and do something else. When I filmed on Super8, each tape lasted three minutes and, after processing, cost about £20. Best training I ever had!

But you were given a camera…

Yeah, but she [Caroline Baker, then editor of Vogue] knew I wanted a camera. I had a healthy film appetite and appreciated how you could entertain, inform and inspire at the same time. I realised I could express myself visually as a young, black British man with several chips on his shoulder. It wasn’t whimsical. 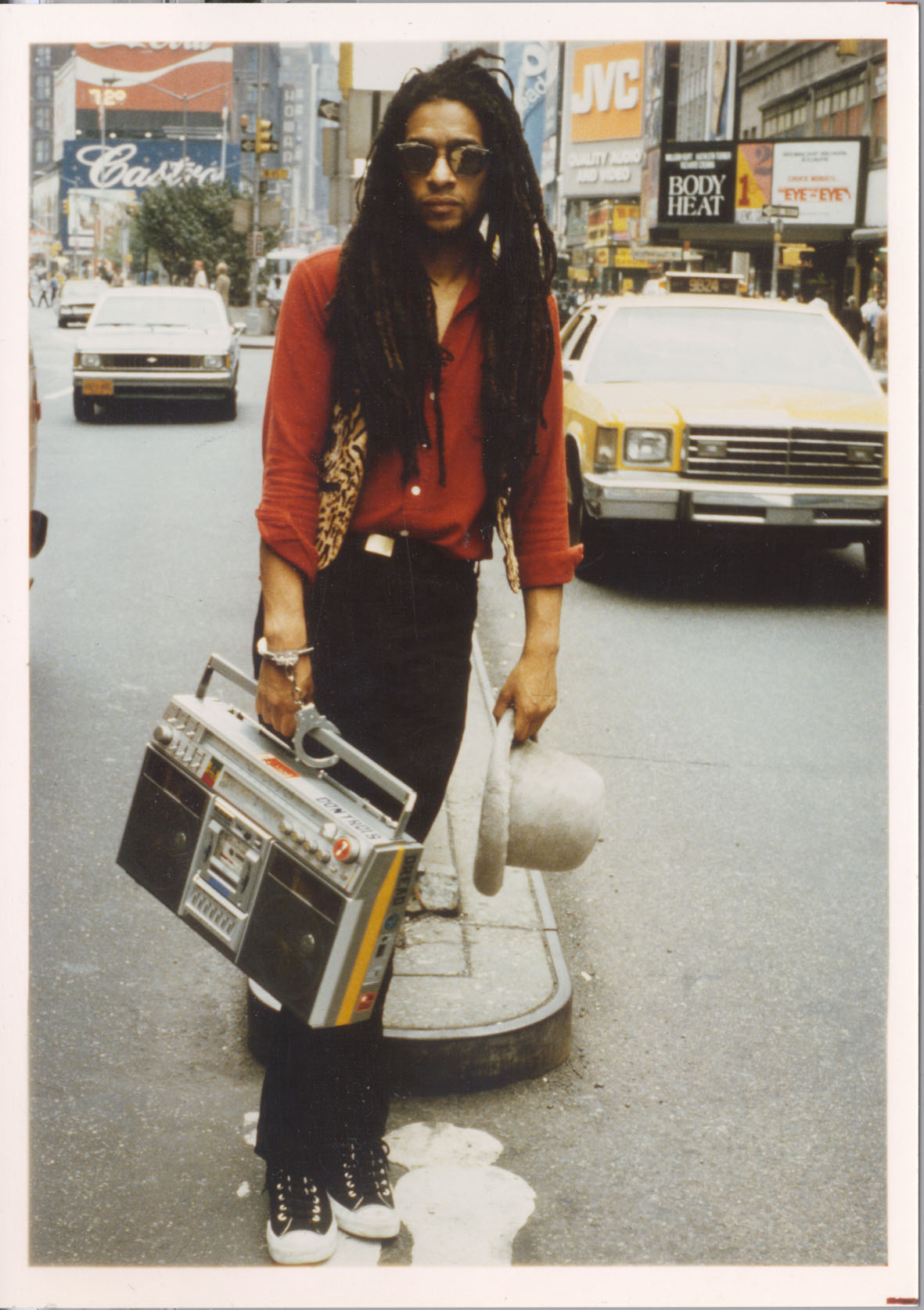 There’s a point in your book where you describe how, while watching U2 perform their Zoo TV tour one night, you and Mick Jones exchanged a knowing glance in response to their use of sampling and video collages – which was an obvious take on what you had done years earlier with Big Audio Dynamite. Seeing others collect the glory must be either extremely frustrating or flattering…

It’s satisfying. The elements of the band were Jamaican bass, hip hop beats, Mick’s guitar, sampling and a bit of rapping – the basic ingredients of what you hear today. Throughout the history of creativity, you realise the real pioneers – and I don’t mean B.A.D. – rarely get their dues. It’s those who reinterpret.

Sometimes it takes years for something to permeate. There are countless examples where people were never recognised for pushing the envelope during their lifetime. It’s something you have to embrace when you look at the big picture of creativity. Otherwise you’re going to be miserable.

This article appears in Huck 22 – The Counterculture Issue. Subscribe today to make sure you never miss another issue.

Linkedin
RELATED ARTICLES
OTHER ARTICLES
After building his reputation covering the US civil rights movement in the 1960s, the photographer went on to produce some of the most enduring images of the past century.
The first-generation graffiti artist reflects on the tagging’s emergence as an art form and the players who pushed the medium forward.
Jeffrey Henson Scales intimate portraits and protest images of the BPP and its leaders offer a rare insight into organisation at a time of societal upheaval.
Taking us through one of the most dynamic years in recent history, Laylah Amatullah Barrayn new photo book contains tender yet confrontational portraits.
Mass crustacean die-offs in the North East have led a community of fishermen to take action to save their seas.
A group of aid workers face prison for helping to save people fleeing their homes at sea. If they are charged, it will have a chilling effect on humanitarian efforts.