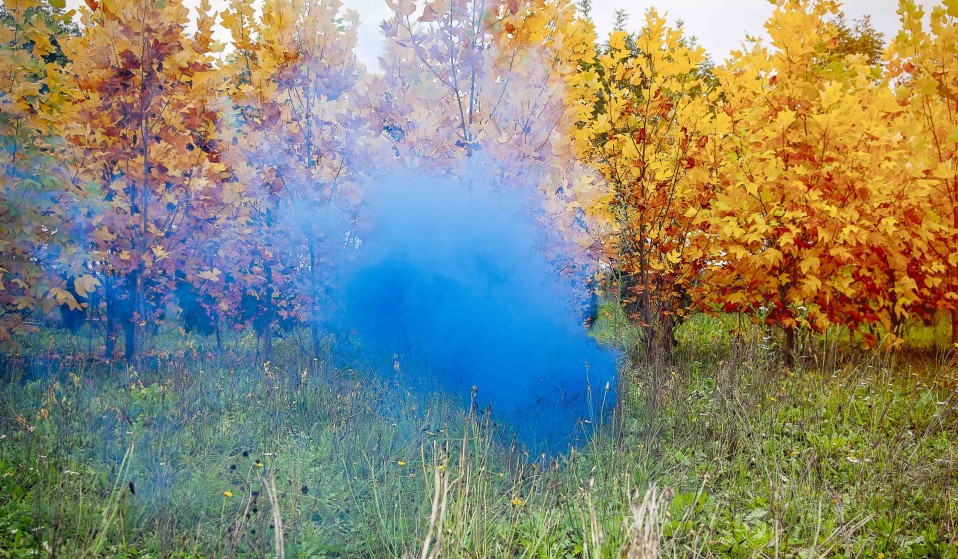 Graffiti still has a bad rap. Despite the growing acceptance of street art, to most people, the mention of its rowdier, rebellious forefather, graffiti, still brings to mind vandalism, ugliness and destruction.

In modern cities, graffiti is seen as a dystopian influence. It’s a cancer to the healthy metropolis: petty acts of destruction that are both a symptom and cause of urban decay. Think of any depiction of urban hell on screen and graffiti is often a visual shorthand to show an area as neglected and unloved.

Venturing Beyond: Graffiti and the Everyday Utopias of the Street at Somerset House challenges the idea of graffiti as dystopia. Featuring global stars such as Shepard Fairey, Swoon and REVOK alongside more experimental artists such Eltono and Filippo Minelli, the show argues for a re-evaluation of graffiti as a utopian creative practice.

Through breaking boundaries, graffiti provokes new ways of thinking, behaviour and stimulates a more fulfilling urban existence. It’s part of the gallery’s year long commemoration of the five-hundredth anniversary of Thomas Moore’s Utopia, which celebrates challenging established structures to progress as a society. 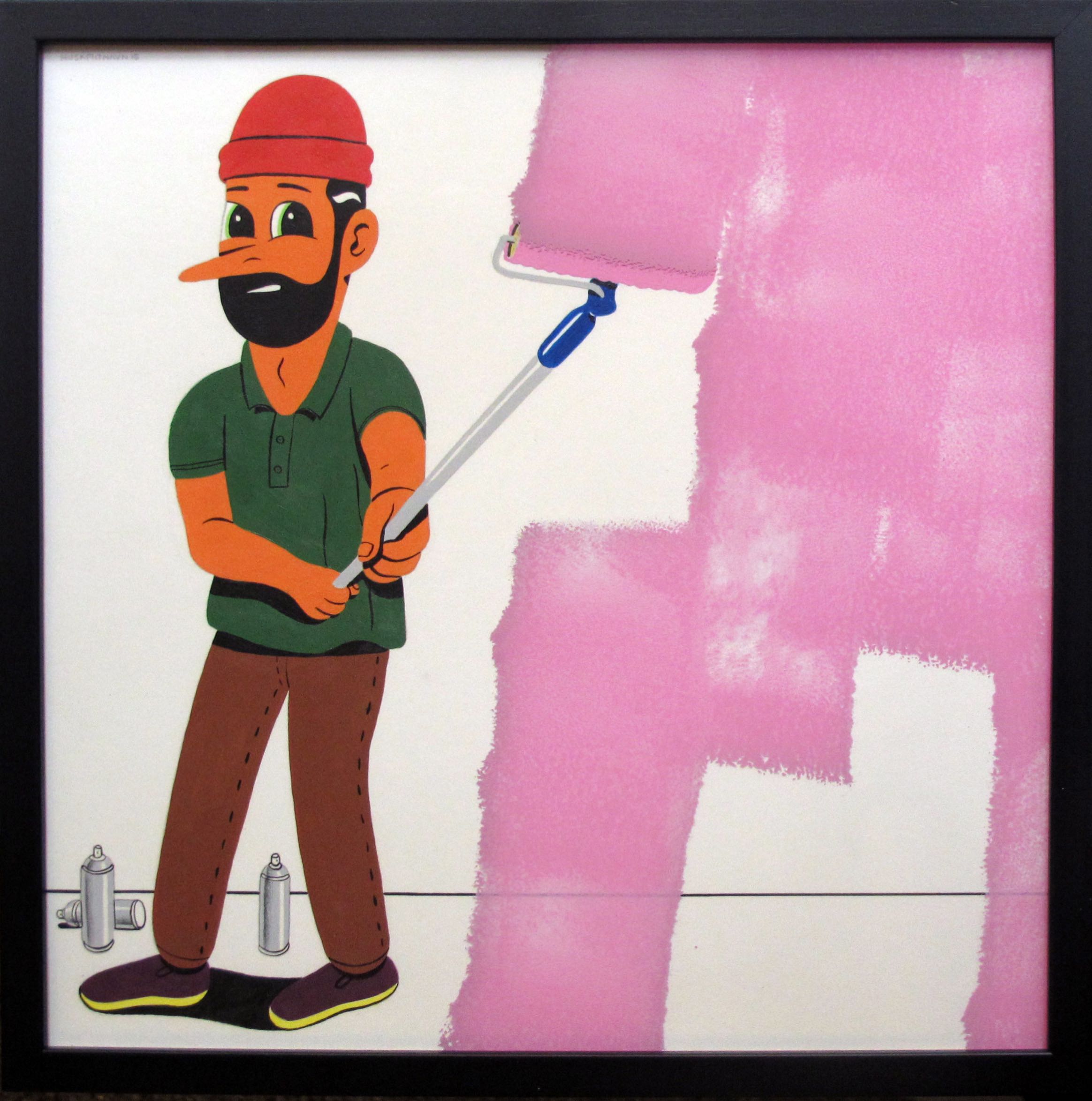 So, does graffiti’s dystopian reputation hold up to scrutiny? When New York City teetered on the brink in the late ‘70s and early ’80s, the technicolour graffiti that appeared overnight on the side of subway cars was one of the few visible symbols of hope and optimism.

It’s no coincidence that many of the most graffitied, run-down parts of the city back then – think Brooklyn and the Lower East Side – are some of the most desired and gentrified today. It’s the same story in Hackney, Berlin and elsewhere. Those early splashes of colour were their own mini-utopia – a bright vision of the future that emerged from the darkest of times. 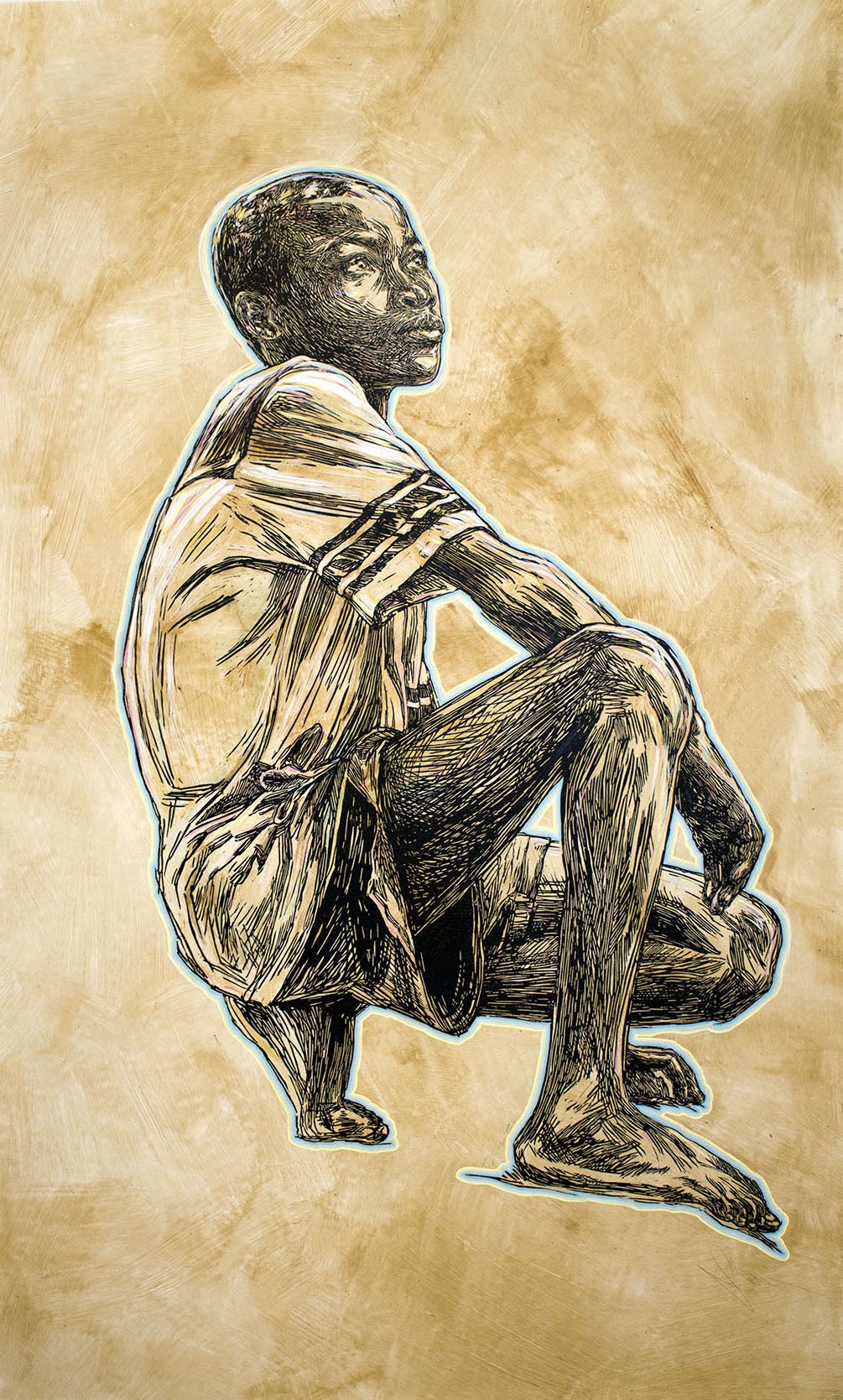 “You have this really tense friction point between graffiti as dystopia and graffiti as creativity,” explains curator Rafael Schacter. “On the one hand, you have the idea of graffiti as this unacceptable aesthetic, which is still very prominent – from Broken Windows Theory, to the media frenzy over taggers and artists going to prison. And on the other hand you have graffiti as, ‘oooh, creativity’ and new parts of the city to explore and regenerate. But I think these are both examples of graffiti being ‘used’: ‘graffiti is bad, let’s clean the city’ and ‘graffiti is trendy, let’s regenerate the area’ are both actually negative.”

In the palatial setting of Somerset House, by definition none of the work is graffiti, but all of the artists come from that background. Saieo (who is currently on trial on France) looks at the competing visions of utopia present in each city, with original work inspired by “the buff” – when municipal authorities paint over graffiti. Saieo saw the charm in the oddly-shaped blocks of colour city authorities use to obscure graffiti, and went out with in hi-vis with his PAL crew to paint their own buff-inspired pieces, to challenge their vision. 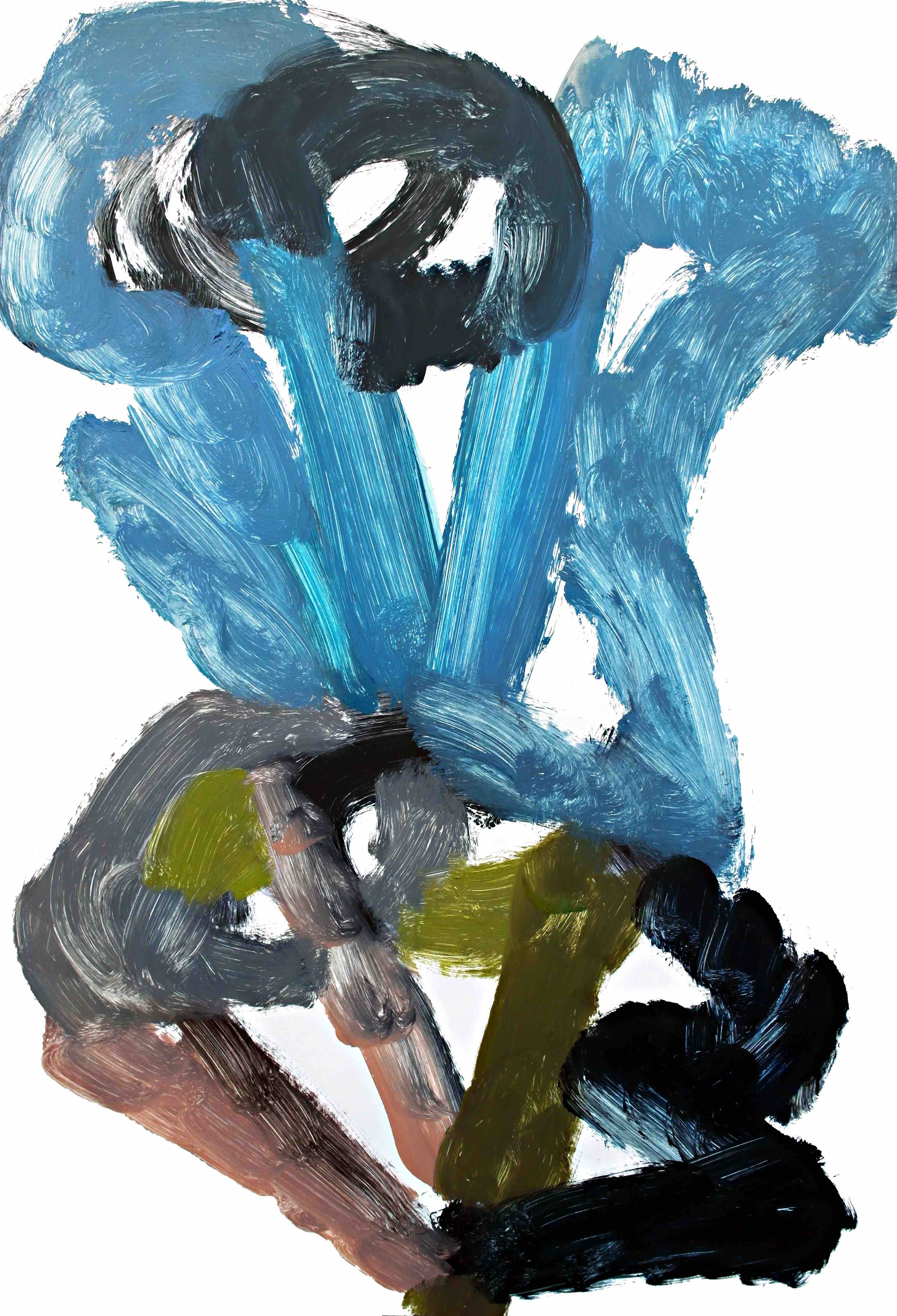 “Utopia is a difficult concept,” Rafael explains. “Because one person’s utopia is another person’s dystopia. Utopias can be dangerous. The Third Reich was a utopia. As soon as you create a boundary of what your utopia is, you’re immediately creating something outside of that.”

Rafael was drawn to cultural theorist Ernst Bloch’s definition of utopia, not as Moore’s unrealisable “no-place”, but something achievable in the present, through new ways of thinking about the everyday. “Bloch’s concept of utopia is not this kind of future dream, not this kind of societal perfection, but as venturing beyond,” Rafael explains. “For him, thinking is venturing beyond. When you go past the normal way of thinking about things, that is venturing into utopia – now.” 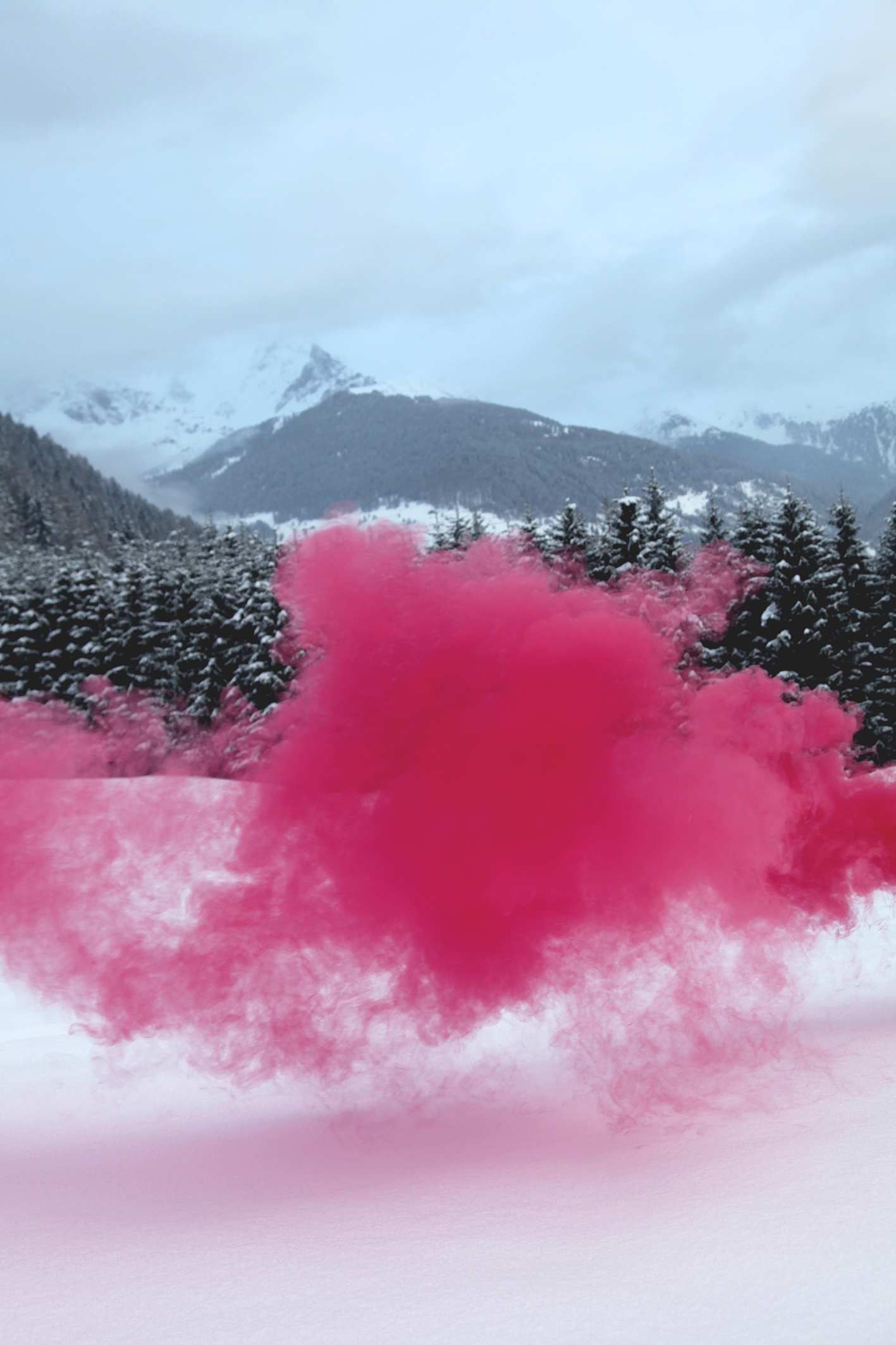 Graffitis is inherently transient – here one minute, gone the next – so can utopias be temporary? It’s a question for artist Fillipo Minelli, who creates artificial emergencies with brightly coloured smoke bombs to shatter the peace and calm of privileged modern life. “Utopia is about building from small sparks of intuition towards goals that you see very far away, that have to be pursued through practice,” Fillipo explains. “It’s mainly driven by these kind of very emotional moments which can be seen as the very beginning of something.”

Thomas Moore’s Utopia was dull because it was too perfect – and everybody followed the rules. In contrast, graffiti can shake up the established state of things to provoke a more dynamic and creative environment – even if that sometimes makes for an unpleasant experience at the time. “Graffiti is a practice which goes against the norms of society,” Rafael explains. “I think often things that are challenging, we don’t like – we don’t want to see it. But actually it’s more important to be discomforted than to be comforted.”

Following Mapping the City and Futurismo Ancestral, Venturing Beyond is the third in a series of exhibitions curated by Rafael and Approved by Pablo that seeks to win graffiti graffiti recognition as an important and innovative art practice. “We’re just trying to say, let’s look at graffiti in a different light. Something which has a whole social, communal and aesthetic history,” Rafael explains. “We’d never say, ‘Go out and go graffiti,’ but traversing boundaries and going over them, whether those are physical, legal or aesthetic, is something which can develop a person, develop a place and develop a society.”

Venturing Beyond: Graffiti and the Everyday Utopias of the Street is at Somerset House until May 2.

Linkedin
RELATED ARTICLES
OTHER ARTICLES
Following the release of his latest album God Don’t Make Mistakes, the rapper talks horror villains, police brutality and being unafraid to show his vulnerable side.
To mark the anniversary of the mass trespass of Kinder Scout, a group of hikers came together with the intent of creating a new, fully inclusive culture for rural spaces.
A group of Ukrainians living in Poland are helping Ukraine withstand Russia’s brutal invasion by buying supplies and shipping them directly to the war’s frontlines.
New legislation is set to make it more difficult to hold Israel accountable for its human rights abuses.
Members of the collective share some of their reasons to run as part of #UnitedBySummits, a campaign that looks to uncover transformative power of the outdoors.
The situation in Afghanistan remains dire, with many groups facing persecution at the hands of the Taliban.