Art & Culture / Books / Akwaeke Emezi on death, magic and life as an outsider 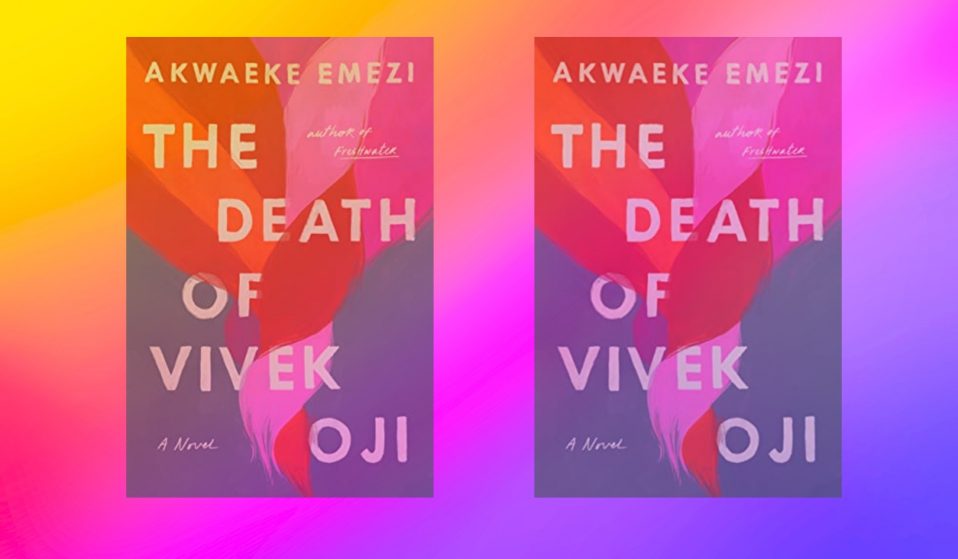 We speak to the trailblazing author behind one of the most anticipated books of the year, The Death of Vivek Oji.

We speak to the trailblazing author behind one of the most anticipated books of the year, The Death of Vivek Oji.

“It’s like a bat signal,” Akwaeke Emezi says of their new book, “to let other people know, hey, what you’re going through, you’re not the only one.”

Exploring queerness in present-day Nigeria, The Death of Vivek Oji is a mysterious unravelling of the story of a child who contains much more than his family sees. Named one of the most anticipated books of the year by The New York Times, Emezi’s third novel is open and vulnerable, with razor-sharp descriptions of redemption and regret.

Vivek is a child who doesn’t fit in, and who doesn’t work to fit in either. As he grows up and figures out who he is, he gradually collects a group who love and protect him. The story is told from multiple perspectives, including Vivek’s after his death, and from the various storytellers we build an understanding of this extraordinary child who lives fully in a world that isn’t ready to accept him.

In all of their work, Emezi writes exquisitely about absence. Their first book, the autobiographical novel Freshwater, dealt with the impact of living with the ogbanje, Igbo parasitic gods that bond with flesh, which Western medicine and therapy tries to explain away. Their second, the young adult novel Pet, explored a world where adults refused to believe in the existence of monsters.

How does it feel to be releasing a book – particularly one that is about isolation and the necessity of human touch and connection – in this strange period of semi-lockdown?
Akwaeke Emezi: It feels a little sad. I’ve been reminding myself that the people who needed the story before the pandemic still need it now, even more so, because isolation tends to put people who are already in volatile family situations in more danger. I was thinking a lot about queer kids who are isolated with families that may not be particularly understanding or supportive.

A lot of queer characters in books deal with internal struggle, but Vivek is certain in who he is. This felt refreshing to read. Was it refreshing to write?
Akwaeke Emezi: It was. With Vivek, it wasn’t so much a case of him being allowed to express himself. He was always doing it, it was just private. I think there’s a distinction to be drawn between what is hidden and what is kept private, and the validity of that. He’s at peace with himself. Everyone else has an issue.

Do you feel protective over your characters?
Akwaeke Emezi: I do. I wanted to write a world in which Vivek has a supportive chosen family who loved him and accepted him. I think that writing a story like that makes it possible for other young queer people to know they can give themselves that. It’s heartbreaking to keep trying to convince people to see your humanity. I honestly strongly advocate for people creating safe bubbles and worlds for themselves and staying within those worlds.

I think the idea of the closet resonates a lot for some people but also doesn’t resonate for other people, because they’re like I’m not going to announce who I am to people who don’t understand, the same way that straight people don’t have to announce who they are.

You blend Igbo tradition into the book with the idea of reincarnation. While the story is about things that endure, it is also about love being cut short. How do you walk this line between hope and despair?
Akwaeke Emezi: I think that hope and despair exist next to each other so it feels natural. I very much did want to write something about reincarnation in Igbo tradition because it felt like a natural sequel to Freshwater, to explore more of Igbo spirituality. I think it also points to how we view death. With reincarnation, it doesn’t just end in blankness. Death also becomes a beginning.

The way you write about death makes it almost as vivid as life, and some chapters are told from Vivek’s perspective after his death. Why did you choose to have him tell part of the story?
Akwaeke Emezi: Older drafts didn’t have his perspective in it, but then I was like this is really messed up to have a queer protagonist who is dead and voiceless. So I decided to put his voice in because it felt like the right thing to do. Also, in so many worlds and cultures, death is not an end. What people often have an aversion to is not actually death but suffering. Death itself is not the issue.

In all of your books, you deal with things that some people see as an unreality, or things they would rather not think about. In Freshwater, some see the ogbanje as myths; in Pet, the adults refuse to believe in monsters; and in The Death of Vivek Oji, some people don’t want to accept various forms of queerness. Why are you drawn to these ideas?
Akwaeke Emezi:  I think it’s back to the question about centres. There’s this Toni Morrison quote I talked about a lot when Freshwater came out. She said that she stood at the borders, she claimed them as central, then she waited for the rest of the world to move over. That is really fundamental in how I approach my work because these worlds that aren’t considered real or valid are very real and valid, and my community is based in those worlds. So by writing stories that are centring those worlds, it’s just existing as we are. It’s not even so much about pushing back against the other beliefs. We are looking at ourselves and we don’t need other people outside to establish that centre.

What I’m trying to do is signal to other people who share similar realities to what I do, and let them know it’s real and what they’re experiencing is valid. It’s an intra-community dialogue that’s happening, and if people outside engage, that’s great, but that’s not the primary focus.

You’ve published these books in very quick succession. I read your interview in The Cut’s piece about writing not paying the bills. Do you feel like your financial position now gives you more time away from the pressure of finishing books?
Akwaeke Emezi: I wish I knew how to take a break. I actually did take a break last year at some point because I was producing books so much that I stopped enjoying writing. Like, it wasn’t fun anymore. So I made myself stop for a couple of months. But I still write relatively fast. I think it’s mostly just how I write, because I have a list of about 17 books that I want to write in different genres.

By the time Freshwater came out, I had written three books. Now by the time Vivek comes out, I think I have about seven complete books. I’m trying to figure out how to time the books to publishing, because publishing is so slow. It takes up to 24 months to get a book out and I’m trying to avoid having a big backlog.

I do think writing this many books has given me a lot of financial stability and I’m trying to learn how to slow down, but every time I try, I realise that I’m really excited by another book idea and that I want to write. So still working on that balance, haven’t quite got it yet.

Have you been writing during lockdown?
Akwaeke Emezi: Yes, very much. I think during lockdown I’ve completed two books. And I’m editing another book, and also writing another book. It sounds terrible. But I really like being alone. I write best at home. I’m not someone who can write in a cafe around people. It’s very distracting for me. I like staying in my pyjamas and having my snacks right there. So being able to stay home for several months and not have to travel has been very useful for me actually.

What’s your best writing snack?
Akwaeke Emezi: Freeze-dried strawberries. I have a sweet tooth but I also get sick from sugar, I’m intolerant, which is just heartbreaking. And with the dried strawberries they just melt in your mouth, and they’re sweet but they don’t have any additional sugar, and they’re crunchy as well. My sister was here over Christmas and she tried some of them and she loved them so much that she made me ship her an entire box of them to Nigeria because she can’t get them there.

What other books or art have you been enjoying during lockdown, or do you not read much while you’re writing?
I don’t read as much when I’m writing because I start reading books and then I think oh you should be writing your book. I’ve watched a ridiculous amount of television, truly a ridiculous amount, and I also do a lot of gardening. Right now I’m growing butternut squash, bell peppers, I have a massive herb garden, and I’ve got some fruit trees. That’s been what’s taking up my time the most, outside of my own work, is working outside in the garden, and binge-watching television shows.

The Death of Vivek Oji is out now.

Linkedin
RELATED ARTICLES
OTHER ARTICLES
After blocking the Scottish government’s gender recognition reform bill, Westminster is now devising further changes to the law to make it harder for trans people to self-identify.
Photographer Sean Maung reflects on documenting a small town in Pennsylvania afflicted by high levels of unemployment, poverty, violence, crime, and addiction.
Yohon Tatum, aka Legendary Father of the House of Tisci, reflects on nurturing a new generation of talent.
Taking us through one of the most dynamic years in recent history, Laylah Amatullah Barrayn new photo book contains tender yet confrontational portraits.
The pro skateboarder withdrew from the 2020 Olympic Games so he could come out as trans. Now, he’s hoping to encourage others to live as their authentic selves – within the sport and beyond.
Jeffrey Henson Scales intimate portraits and protest images of the BPP and its leaders offer a rare insight into organisation at a time of societal upheaval.