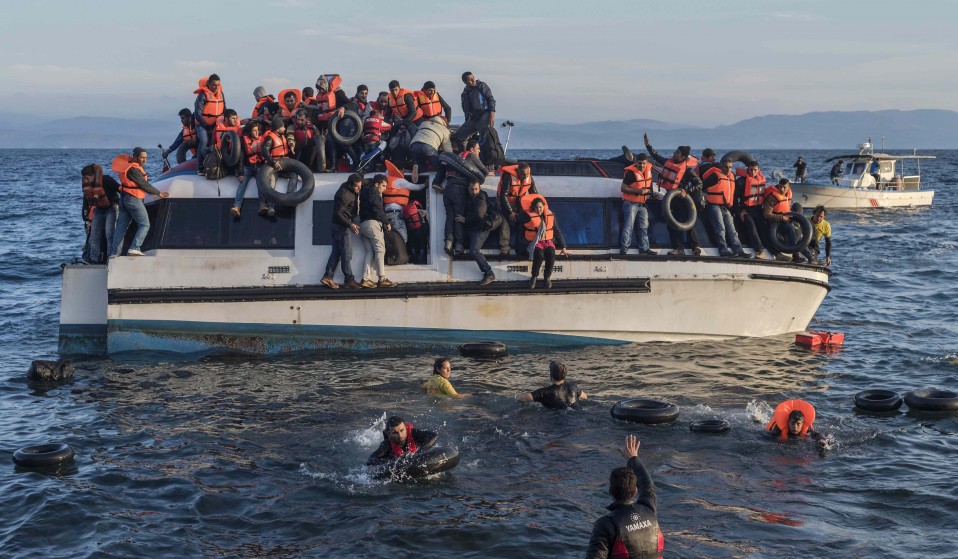 Journalist Hsiao-Hung Pai journeys to Corleone, Sicily, where the mafia and Catholic church have discovered how to profit from African refugees.

In Corleone, Sicily, the mafia and Roman Catholic Church have discovered a way to profit from African refugees. In an exclusive extract from her new book, journalist Hsiao-Hung Pai shines a light on how the brutal treatment of migrants in the Italian town equals good business for the world of organised crime.

Both the Mafia and the Catholic Church in Sicily have effectively recognised the business opportunity represented by migrants. As with many private companies, they are pocketing government money for looking after these vulnerable people from Africa and Asia, making extra profits by cost-cutting in the quality of the food and accommodation they offer. At the same time, camps often take a hefty cut of what migrants earn through working outside as cleaners, labourers or bar staff – often as much as 50 percent of their earnings.

The Mafia-run camp in Corleone was an intriguing place to visit in this respect. This is a small village with a population of 12,000 in the province of Palermo that is famous for having given the characters in The Godfather their name. In Corleone, 153 people were murdered by the Mafia in four years between 1944 and 1948, the highest murder rate in the world. The local clan, the Corleonesi, instigated the second Mafia war in Sicily, and led the organization in the 1980s and 1990s. In summer 2016, following an investigation by Italy’s Ministry of the Interior, Corleone’s town council was dissolved because it had been infiltrated by individuals with Mafia connections and public contracts had been awarded to Mafia businesses.

As we walked towards the edge of Corleone, several young Africans walked past us carrying plastic bags, as if returning from shopping in town. I decided to walk along with one of them, as I guessed he must have been returning to an asylum shelter. He stopped to answer me, telling me he was indeed living in a camp, at the top of the hill. It was a former hotel named Hotel Belvedere (meaning “beautiful view”). The front of the three-storey building had balconies with clothes hanging over them to dry. Several migrants were standing around talking outside the entrance.

Chatting with them, I found out that this camp had 63 migrants from Gambia, Nigeria and other countries. An 18-year- old Nigerian boy who looked tired and depressed got talking to me. “I haven’t had enough water to drink,” he told me, “They don’t give us enough water.” I was puzzled − how was it possible they had no water to drink? Hoping to find out more, I followed him into the building and he led me into the common room, where his housemates were sitting. When I explained my reason for being there, they were all eager to express their frustration and anger with the conditions in the camp.

The lack of a basic water supply was the number-one problem here, they said. “The water is only switched on twice per day, only 30 minutes each time,” one of them explained. He introduced himself as Amat, from Gambia. “There’s no hot water, so we have to boil water. We are only given one litre of drinking water every two days. It’s not enough, so we all have to go out to buy water ourselves, using the little money we save up. And we have to save our drinking water all the time.”

Amat and others showed me their rooms. Without water most of the time, they couldn’t even flush the toilets. I tried to use the tap in the washroom and not a single drop of water came out. How did the camp management expect people to live like this? Three to four people shared a room, and the camp management still wanted to put in more people. “We’re not animals, we cannot live like animals. We told them so,” said Amat. Clearly, the issue at stake for those who ran the camp was how much profit could be made from each arriving migrant.

At the Hotel Belvedere camp, each migrant received €75 per month from the government, most of which they spent on buying water and food. As regards the food provided, everyone was outraged: the quality was so poor that most migrants simply threw their meals away. Amat and others led me to the back of the Belvedere where the hotel swimming pool lay empty. Piles of packed meals that had been discarded were stacked next to it: inside the plastic wraps were some dried potatoes, threads of carrots, and a stale piece of chicken. “We just can’t eat these,” one said.

The lack of water, poor food provisions and the increasingly overcrowded conditions meant that this shelter was entirely unfit for purpose. Amat told me that many migrants housed here had chosen to run away because of the conditions. They had subsequently become homeless as they had no means to support themselves. It is well known that the EU-imposed hotspot system has created conditions that have driven many migrants into homelessness and destitution. But it is less known that migrants continue to tolerate appalling conditions at all levels of the asylum reception system, as in this camp in Corleone, and many have become homeless as a result.

Those who choose to remain in camps have had to develop their own way of dealing with the conditions. For instance, they can report the situation to the carabinieri who, in some cases, have put pressure on the camps to improve the situation. But Amat said that was impossible in Corleone. “The police here will not listen to us,” he said. “The camp is owned by the Mafia, who work with the police.”

Alberto Biondo gave us an overview of the situation in Sicily. He is a former missionary who gave up his job in 2009 to work with Borderline Sicilia, a non-profit organisation that monitors and reports on the situation of migrants. Since then his work has been to monitor reception centres and shelters for asylum seekers and migrants, following all stages of the reception process in Sicily.

The first thing Biondo had to say about the asylum system in Italy was that the reception centres and shelters were operated purely as businesses. “It’s built not with the intention of making the system work for migrants, but for Italians to make a living out of it,” he said. “As a result of the commercial nature of how the reception system is operated and the level of profitability it involves, it becomes easy for the Mafia to get in and try to make a profit themselves, like everyone else,” he continued.

“As the system has illegalised migrants and created invisible people who are caught up in the world of the informal economy, it then creates the opportunity for criminal networks to exploit that situation and thrive. The Mafia then get to profit from migrant labour by involving them in agriculture, drugs and prostitution… The worst situation is in agriculture, where migrants who live in shelters in squalid conditions are sent to work in the fields.”

Biondo also talked about the role of the church in the asylum-reception system: “The church is heavily involved, but it is not always playing a positive role… The churches, like the Mafia, make a lot of money from the reception business.” The state allocates €35 for each migrant per day, which is paid to the shelters and camps, some of them run by the churches. “This money is supposed to be spent not only on food and lodging, but also on providing support, medical care, counselling, legal aid and all other services to the migrants, which the shelters and camps have not done. They simply pocket the cash from the state.”

Again and again in my journey through the underside of Italy’s asylum reception system I saw Alberto Biondo’s analysis borne out by the experience of vulnerable migrants.

This is an edited extract from Bordered Lives: How Europe Fails Refugees and Migrants (New Internationalist), published January 2018.

Linkedin
RELATED ARTICLES
OTHER ARTICLES
To mark the premiere of his new documentary on surfing giant Gerry Lopez, the filmmaker and former pro skateboarder sits down to share his unique brand of wisdom.
Following the release of his latest album, the rapper talks about finding a new approach to songwriting, attitudes to poverty, and why his music is more than a political statement.
A woman from Texas explains how she was forced to consider the criminal liability she might face for medication abortion over her health.
Protestors gathered outside Downing Street following the latest atrocities committed by Israel against Palestinians living in the besieged strip.
Tough fines and arrests for drug possession and supply is pushing festival-goers towards unsafe measures to consume or smuggle in their substances.
A young woman recounts her experience of being harassed by anti-choice campaigners as she was seeking an abortion in Glasgow.