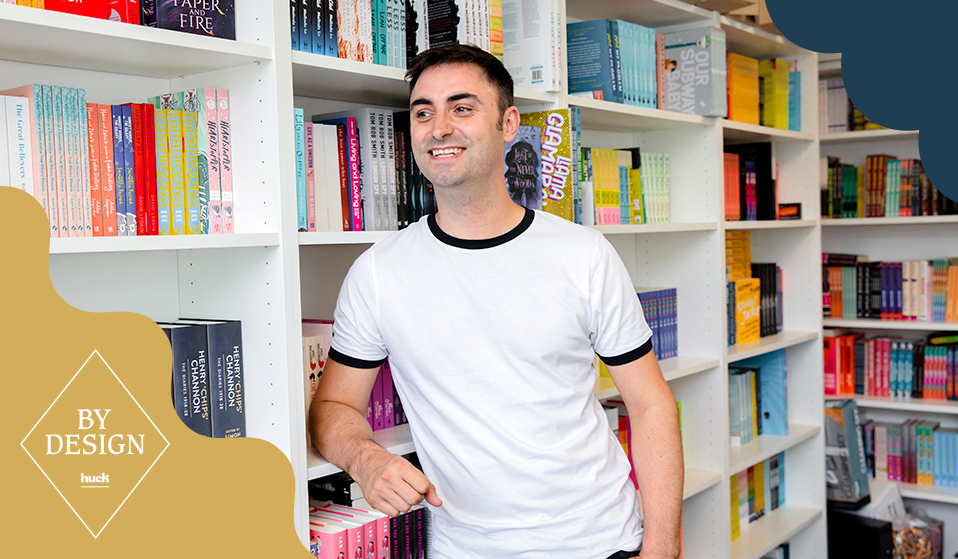 In story five of By Design, we step meet Matt Cornford, the founder and force behind Queer Lit.

By Design is an editorial series, created in collaboration with 99designs by Vistaprint, that celebrates small businesses across the UK and spotlights the power of a strong visual identity. In story five, we step meet Matt Cornford, the founder and force behind Queer Lit.

One day, shortly before the coronavirus pandemic hit, Matt Cornford found himself in a bookshop in the centre of Manchester.

The store stretched for an entire block of prime city-centre real estate, with window displays boasting that it was the biggest of its kind in the north. Overwhelmed by the sheer scale, and unsure where to start when it came to finding the books he wanted, Matt asked a shop worker where the LGBTQ section was. He was told that it had been “discontinued”.

“This is in Manchester, gay capital of the north,” Matt says, remembering that day.  “There’s so much queer literature out there. But how are people meant to be able to find it? Even when you go online and search for LGBT books, you just get the same 50 books repeated back to you over and over. I thought, ‘I’m going to change this.’” 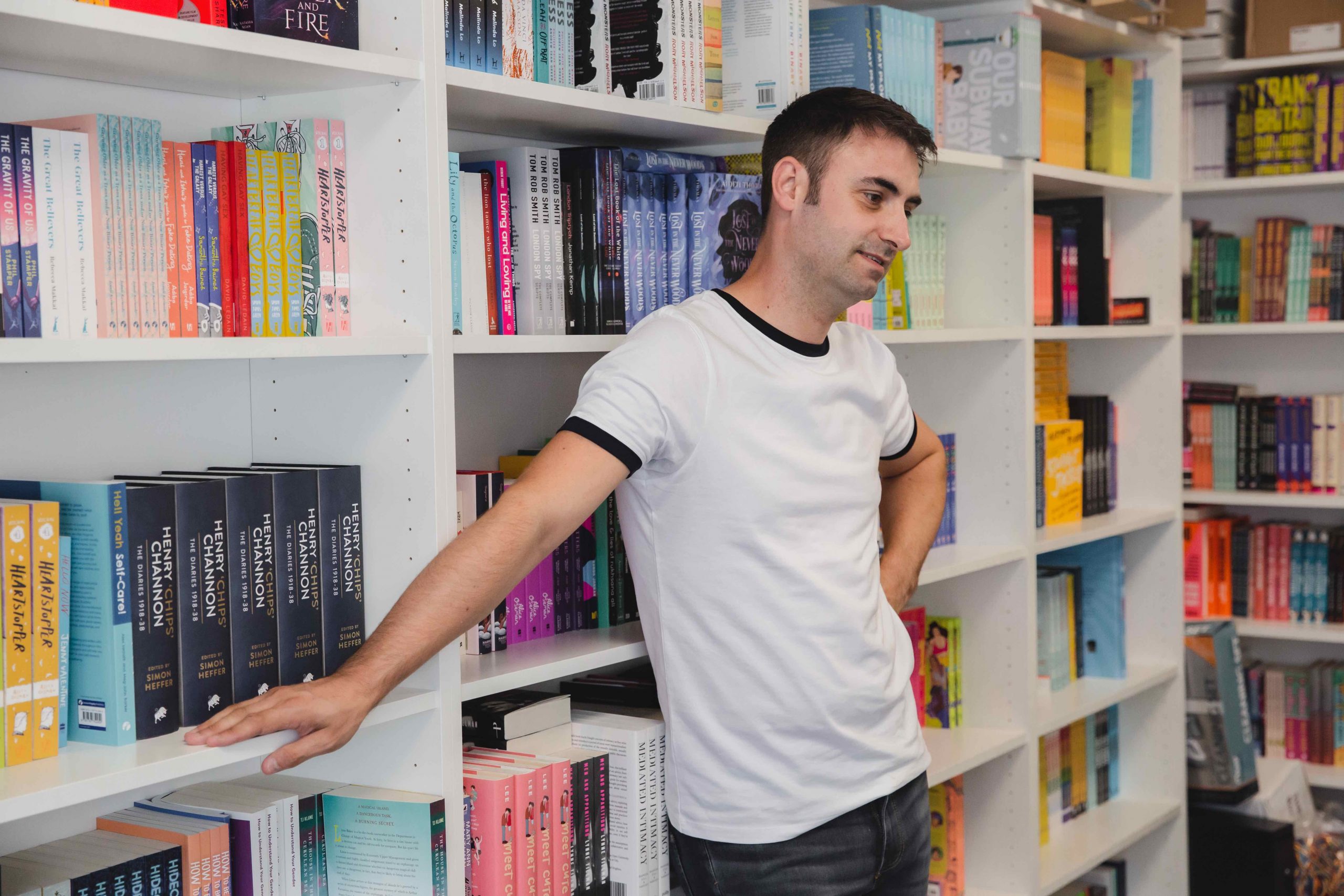 Matt quickly set to work pulling everything together in order to create the new space. His vision was an LGBTQ bookshop with not only a physical presence, but an online one too, so that the community and their allies across the country could access the full breadth and beauty of queer literature. He’d arranged finance and started to build his dream. Then, as Britain entered its first national lockdown, everything stopped.

“In truth, the pandemic helped us,” says Matt, whose background is in HR. “It gave me time to do nothing else but set up the online space.”

There are a number of LGBTQ+ bookshops in the UK, with Gay’s the Word in London being the biggest and most well known. Back in March 2020, as everyone was mandated to stay at home, very few of those shops had a major online retailing presence. For Matt, it represented a serious “gap in the market” – one that would allow him to kickstart his business. It was then that Queer Lit was born. 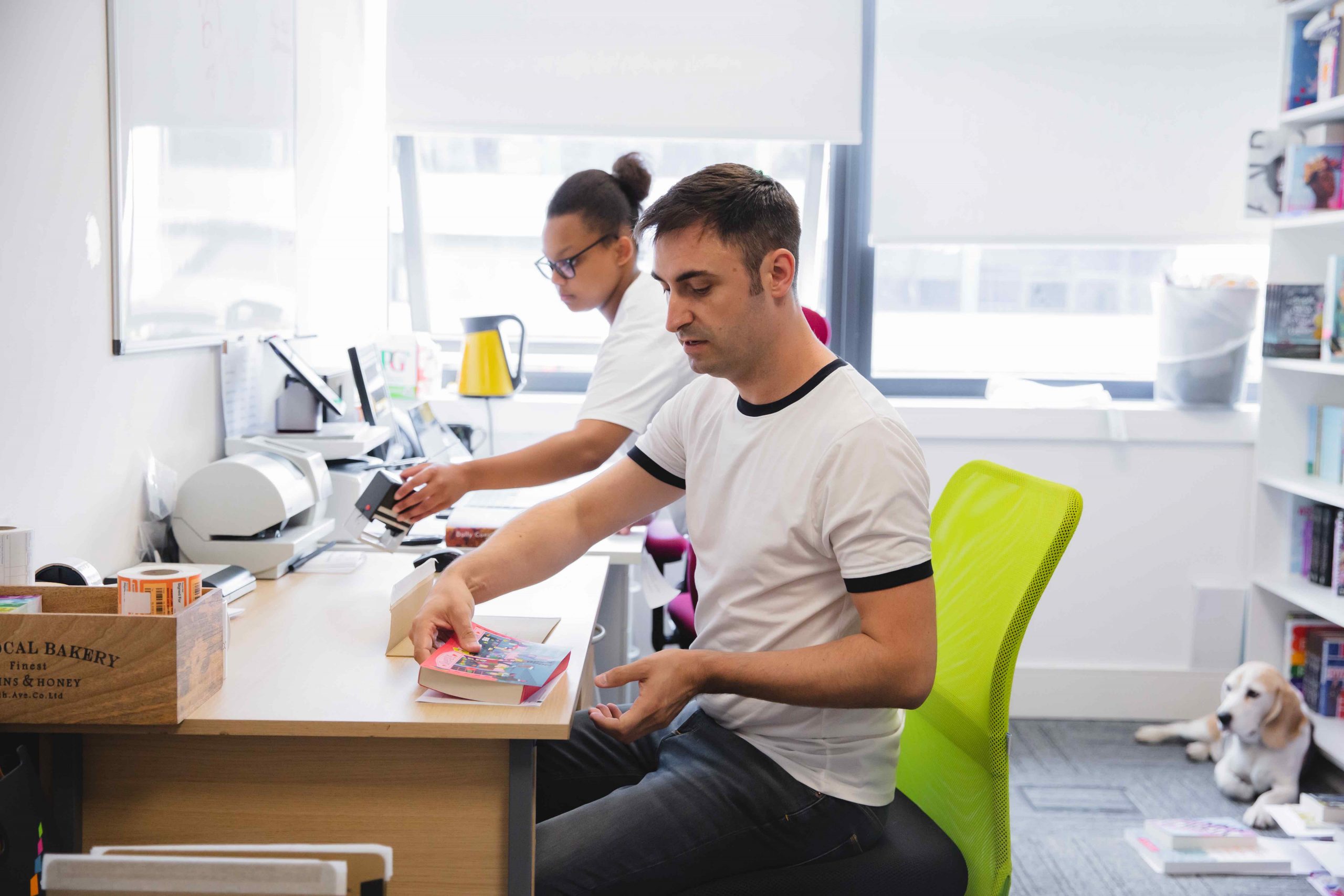 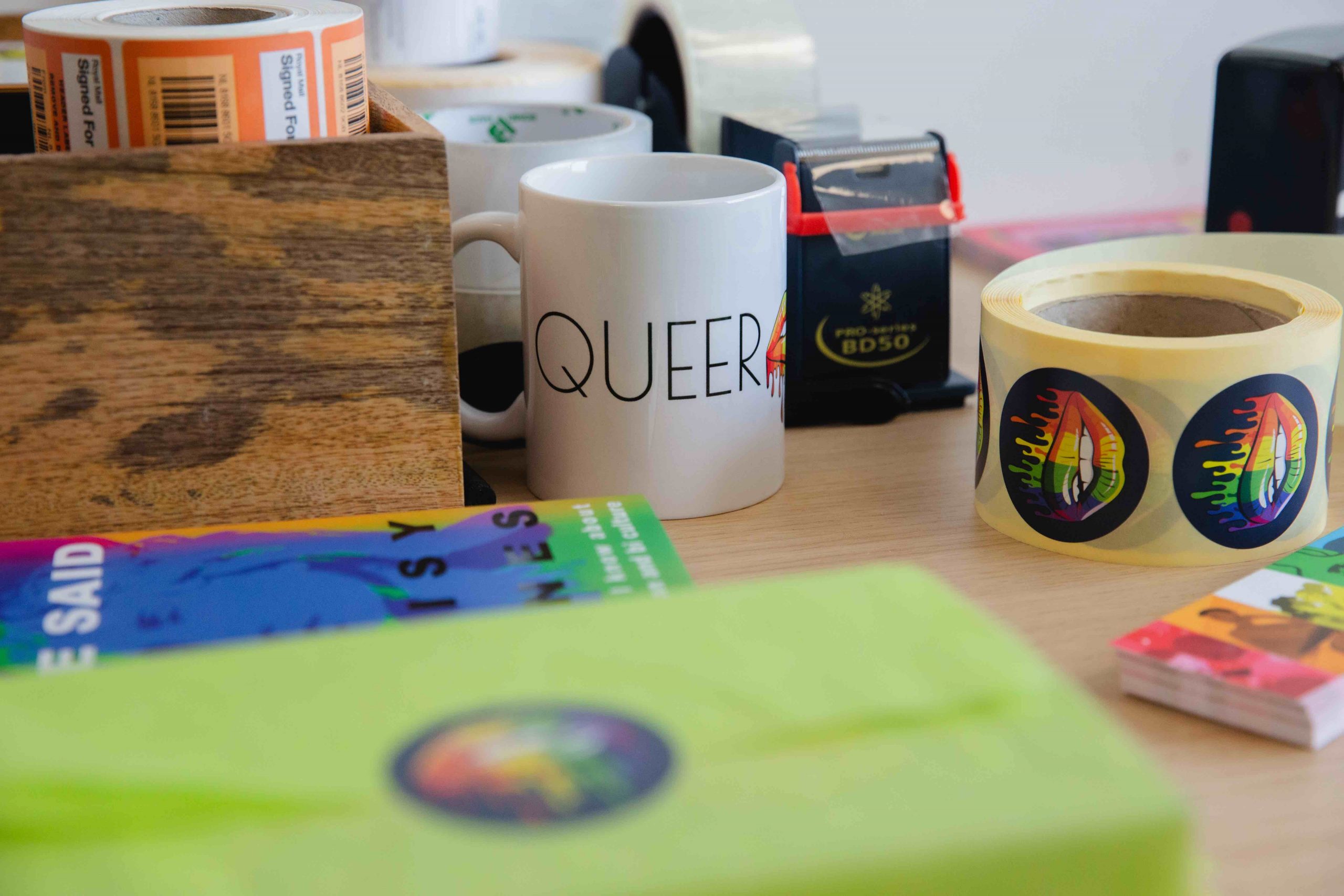 The online store started with just 700 products. But following a sustained social media campaign authors and publishers began to support. “Publishers were dying to get behind us because they were aware that there was nowhere online that was creating this safe space for LGBT content,” says Matt. “They wanted to do product launches, and because nobody else was active they were taking anyone they could get to help promote the books that were due to launch during that time.”

The online store now stocks 1597 titles and is growing by the day. Now, with the world beginning to reopen, Queer Lit has turned its eyes to opening a physical bricks-and-mortar store. At the time of our conversation, Matt, who is 37, was in the middle of the space he’d acquired in the heart of Manchester, working to get it ready for customers.

“I always wanted it to have a physical presence. There’s a few important reasons why we want both a physical and online presence. We’re a community bookshop. Even when we’re online, it’s a community. That’s important because our community is spread all over the place and parts of it are very hidden – so that could mean people who aren’t out yet, people in rural areas…” 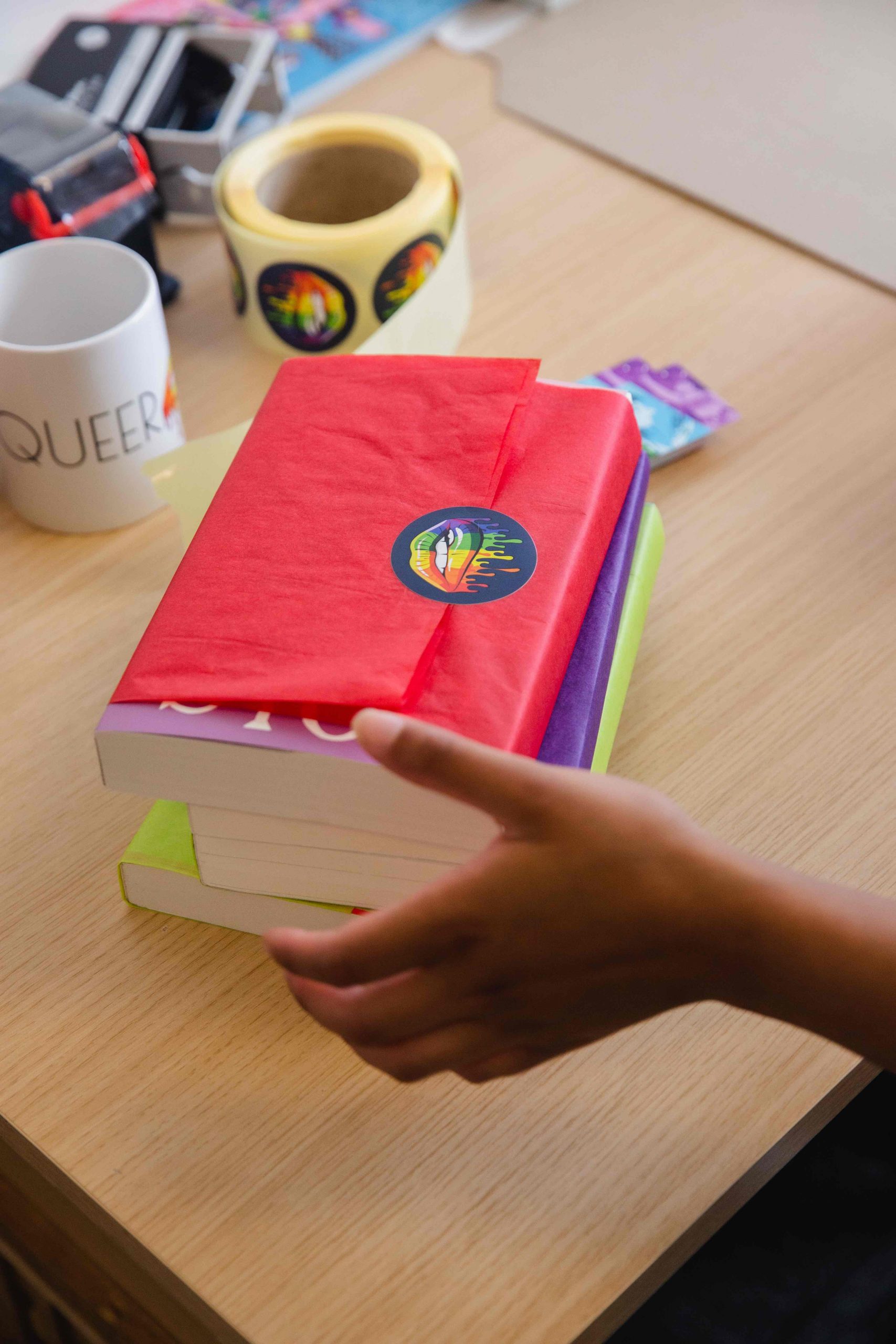 “But it’s also important to have a physical presence, for people who want to come in, people who want to speak to someone and want advice. Even now, one of the biggest themes in emails or messages we get over social media is, ‘My child has just come out, books have always helped me, I want to find books to help normalise it’. A lot of our books aren’t dirty romance, they’re just literature that has LGBTQ+ people in it – so people can see themselves reflected in the characters.”

Opening a bookshop is, in Matt’s words, a “ridiculously overwhelming” proposition. That said, the space is due to launch in just under a month. As shopfitters go in and transform it, he’s recruiting friends to come in to help paint and organise the store. It’s a gargantuan task, but it hasn’t stopped Matt looking to the future.

“Every month, in part thanks to our customers, we donate around 75 books to schools all over the UK,” he explains. “The schools request the books and we send them to help create a more diverse library. As well as sending these books, I wanted something more brand-wise that we could send in, which is where ‘Wear Your Colours With Pride’ came from.” 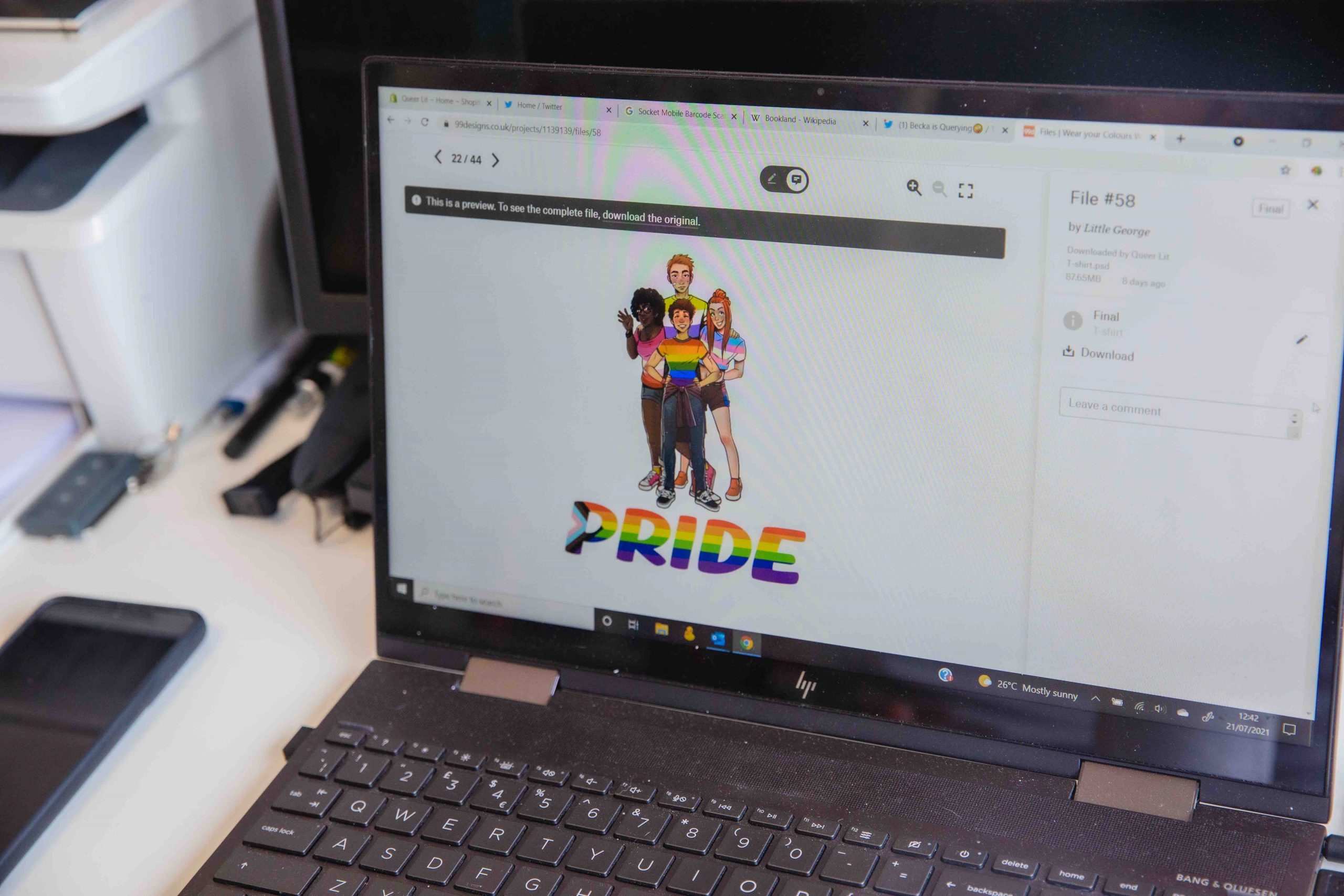 This design project, which Matt has received funding and support from 99designs by Vistaprint to help realise, comes from a desire to create wearables and a brand identity – not just for the Queer Lit bookshop, but for the community quickly growing around it.

“We wanted it to be character based, that was in in of itself inclusive, so includes BAME people and other marginalised groups,” says Matt, referring to the design. “So it isn’t just cis white people. We also wanted them to be physically wearing their colours [as drawn from the various iterations of the Pride flag that represent different parts of the community].”

For Little George, the designer responsible for the new Wear Your Colours With Pride logo, it was about capturing the breadth of the community: “Both the brand and the art are colourful, diverse, cheerful and bold – through the shapes, details and free strokes.”

The idea draws on a journey that many within the LGBTQ community go on when it comes to grappling with their sexuality or gender identity. Many of us begin in the closet, shy and unsure, seeking to hide ourselves away as we grapple with a world that is often – at least implicitly – hostile to us. But as we go further along that journey, and begin to accept who we are, we are proud to display it. Proud to be visible. 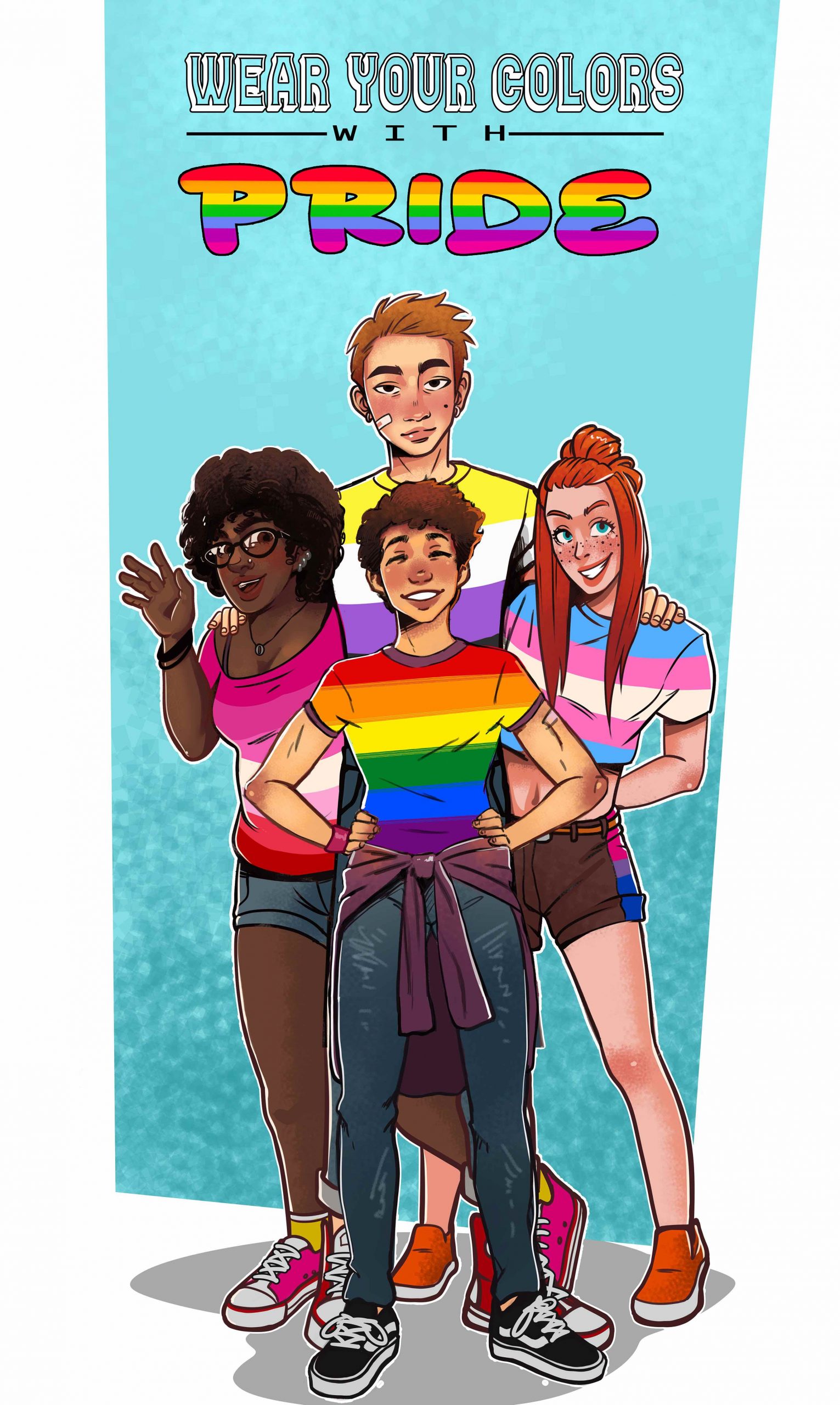 Design by Little George on 99designs by Vistaprint

“We wanted to capture the idea of that journey and that acceptance in our design,” Matt remarks. “Along with books we can send stickers, t-shirts, hoodies into schools so that, if you have read the books, you can wear the hoodie too. Little things like that so people can identify themselves not only as LGBTQ – but also as allies.”

Matt grew up in a remote part of south Devon. Though he had an “incredibly accepting and supportive” journey in regards to his own sexuality, he recognises that that’s not the same for everyone that comes from places like he does. With Queer Lit and Wear Your Colours With Pride, he hopes to change that.

“What we’ve already found is that those schools that we’ve sent books to have been getting back to us saying, ‘This book has already been reserved for the next seven spaces.’ Any person we help to better understand their sexuality or gender identity, it’s a win. Any person that we help to embrace more diverse literature and become an ally to stand up in our corner, it’s a win.” 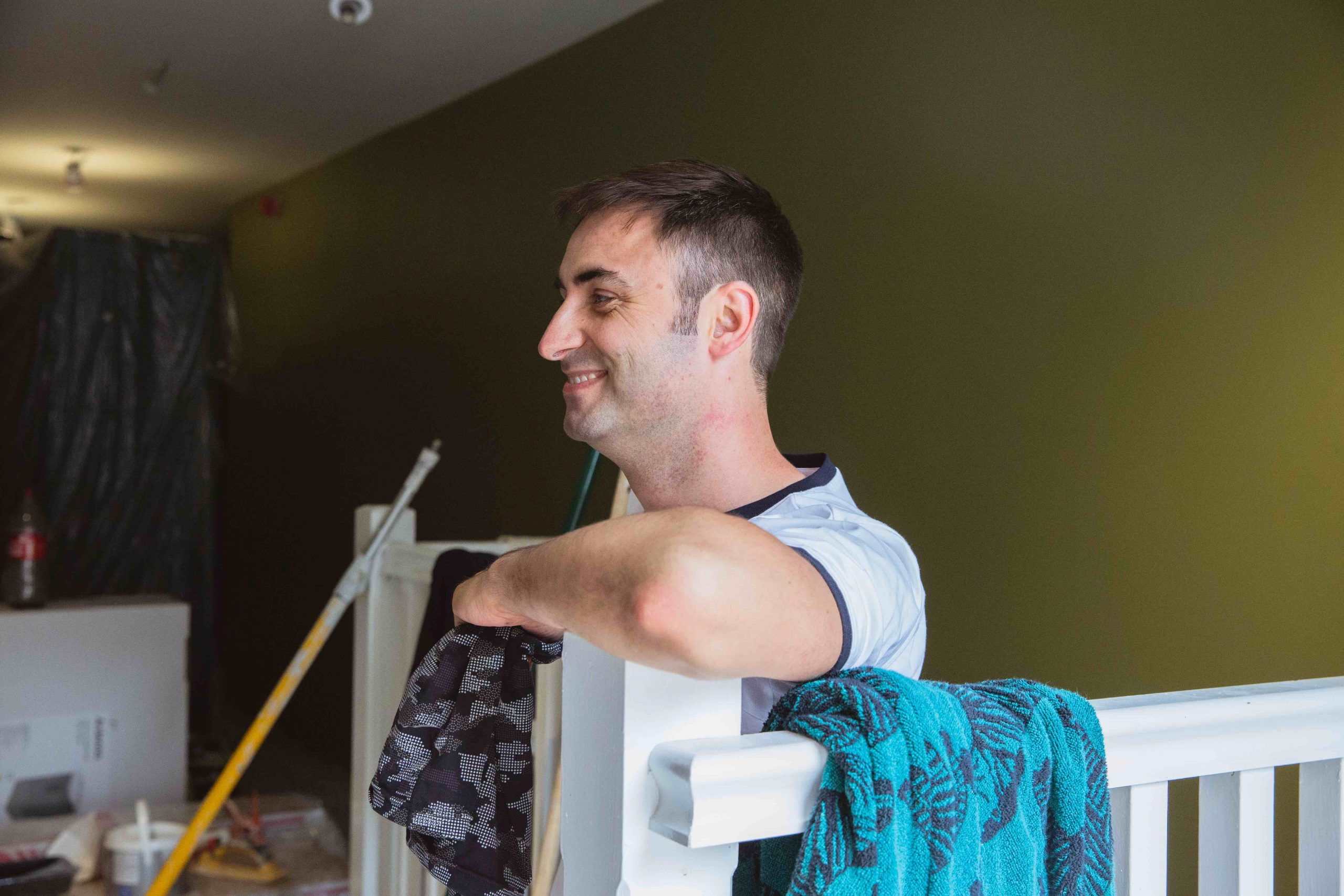 Stories of LGBTQ struggle and liberation often centre on huge moments: slivers in time that see seismic changes or leaps forward. What we often forget is that people are often toiling away for years out of the limelight, helping to spread tolerance, love and acceptance. People like Matt who, book by book, are seeking to build a better world for all of us.

“All these tiny little miniscule changes between one person and the next person helps that little kid in the corner who is too scared to ask,” he says. “It gives them the opportunity to find out more about themselves – and to love themselves.” 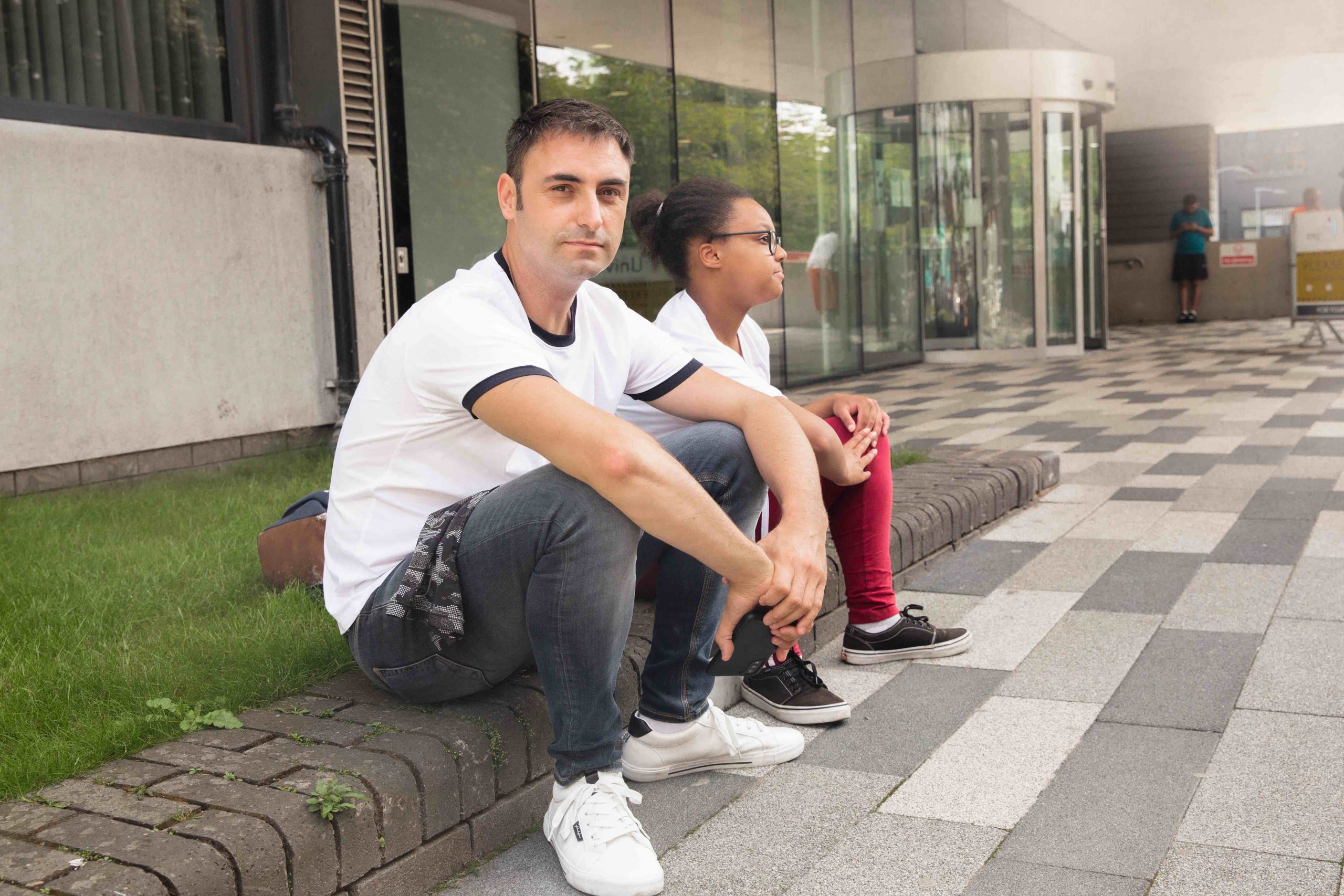 The new Queer Lit logo was created by Little George on 99designs by Vistaprint.

Linkedin
RELATED ARTICLES
OTHER ARTICLES
Freddie Miller’s new series of photographs investigates who today’s trainspotters are and what drives their unfettered enthusiasm.
A new edition of a seminal book brings together iconic images of the band onstage in their full glory and backstage in moments of unguarded camaraderie.
50 years since its inception, and the campaign calling for recognition that capitalism depends on domestic labour is as pertinent as ever.
Photographer Arthur Grace recalls travelling through the Soviet Bloc and finding ways to evade the surveillance of his work.
Curator Antoine de Beaupré discusses his immense record collection and what it tells us about the intersection of music, photography, art, and commerce.
Proposals to introduce a minimum GCSE threshold for student loans will disproportionately affect those from marginalised backgrounds.