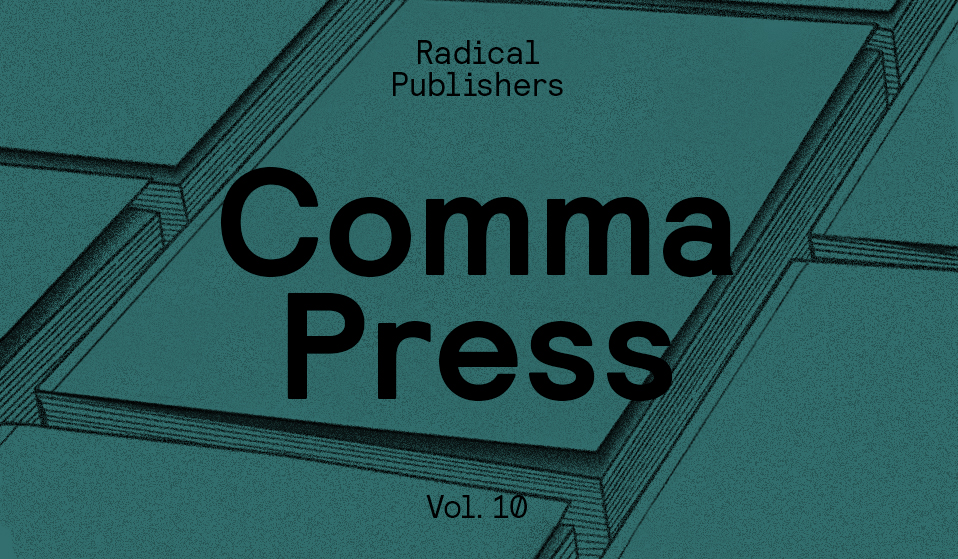 Unapologetically political, Comma Press are in the vanguard of UK literary culture – publishing some of the most challenging short stories in the industry.

Unapologetically political, Comma Press are in the vanguard of UK literary culture – publishing some of the most challenging short stories in the industry.

Comma Press has been on the independent publishing scene since 2003. For a radical press, that is some longevity. Based in Manchester, they were one of only two fiction publishing houses in the north of England at the beginning, but have since been joined by other presses like Dead Ink, Blue Moose, And Other Stories and Peepal Tree (all with whom, along with Comma, are now founders of the Northern Fiction Alliance).

Unapologetically political, Comma have published some incredible work from the middle east in the award-winning The Iraqi Christ by Hassan Blasim and forthcoming Palestine +100, as well as UK anthologies such as Protest! Stories of Resistance. They are also ardent short story lovers, with nearly all their output based around the form. Radical in approach, content and style, Comma are in the vanguard of UK literary culture.

Politics, says Ra Page, founder and director at Comma, is the house’s raison d’etre. “We’re political in the most unashamed way possible,” he tells me. “Last month’s Extinction Rebellion sit-ins were great, but they had a terrible slogan: ‘Tell the truth, Act now, Beyond politics.’ They meant beyond party or parliamentary politics, of course, like the present is somehow different, somehow special, and incomparable with the past as if politics in the wider sense should be put aside.”

That’s why, Ra says, Comma publishes anthologies like Protest and Resist. It’s not to jump on the bandwagon of one issue, but rather to explore the continuum that exists behind (and between) different protests movements, or campaigns for progress.

Comma’s commitment to the short story is passionate and unrelenting: they have published well over 70 short story books. But short stories can be hard to sell. You can’t read too many in a row because they need time to be processed, dwelt on, and “they have to be put back together in reader’s heads.” However, Ra maintains, “they are very portable and translatable; they gather up their context and references and pack them tightly, like a zip file or a well-packed Samsonite. They travel light. So there’s no excuse for not reading a short story about the Iraq War, say, from an Iraqi’s point of view, or the refugee crisis from a refugee’s point of view… We don’t have to just hear about it from Western journalists.”

With his fierce politics and uncompromising publishing, Ra has solid advice for publishers struggling to stay radical: “First of all, they can remind themselves that literature is essentially a comfort blanket for the rich and powerful. Its main function is to keep the privileged classes feeling good about themselves. There’s nothing inherently radical about it, and publishers are kidding themselves if they think there is. Merely publishing good literature isn’t enough.”

“Secondly, they can think about the dynamics that allow someone to become (and stay) a writer: an education, oodles of free time to read, oodles of free time to write, etc. These factors make the category of ‘writers’ a self-selecting one, especially if editors and publishers are from the same kinds of backgrounds themselves (which they usually are). A publisher should constantly endeavour to redress this bias, re-level the heavily tilted playing field.”

Comma have been out here doing it for as long as I’ve known independent publishers to exist and their output, staying power and unwavering dedication to their values is inspiring as well as fascinating. As fitting a radical publisher as I can think of to finish this mini-series on UK literature. Heavy lifting? Comma are bench pressing weights that other publishers can only dream of.

The Iraqi Christ by Hassan Blasim – A fantastical collection of stories set in Iraq; a new kind of story-telling, forged in the crucible of war. Shocking, immersive and immediate. 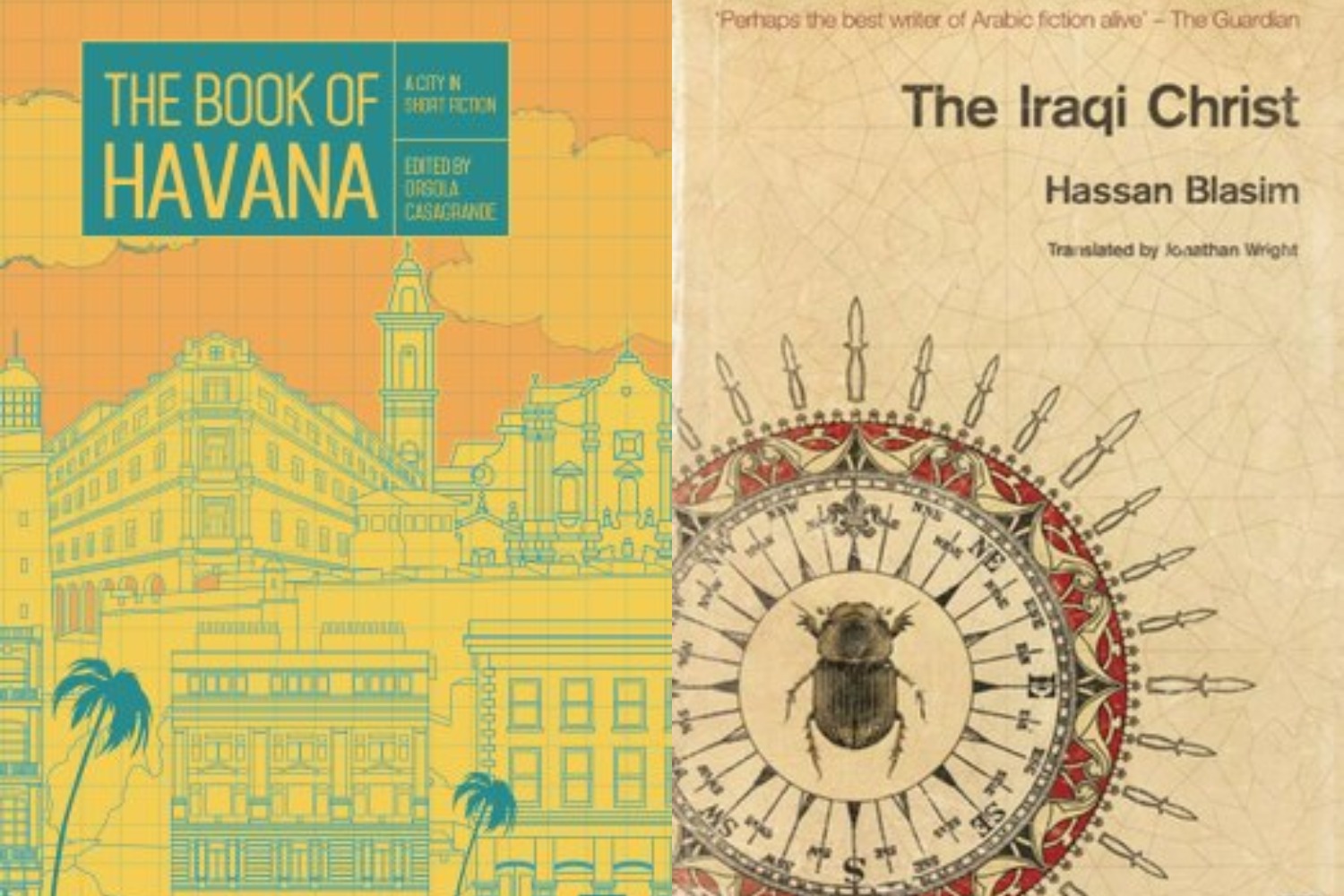 Palestine + 100 – Western writers have struggled to keep the genre of dystopia alive. Palestinians, however, live it daily. This book reinvents the genre.

The Dressing Up Box by David Constantine – Readers will also be extremely surprised by the settings he has chosen with this collection. Not just the usual English landscapes, but post-Brexit horror-scapes. Britain at war.

Learn more about Comma Press on the house’s official website.

Linkedin
RELATED ARTICLES
OTHER ARTICLES
Rogue landlords are exploiting young and inexperienced renters and leaving them in mental and financial turmoil, reports Niall Hignett.
Rhiannon Adam spent three months capturing an ageing society wracked by division, isolation, and the aftermath of scandal.
By turning a real-life crisis into daytime television fodder, TV bosses have once again shown themselves to be completely out of touch with audiences.
Birdy Chu reflects on documenting the historic moment in which the territory was formally passed back from the UK to China.
The idea that a younger generation is abandoning work has become a popular narrative online, but it doesn’t necessarily reflect reality.
As the Scottish government announces a rent freeze, an activist with Living Rent who fought and won shares how they did it, and what must come next.