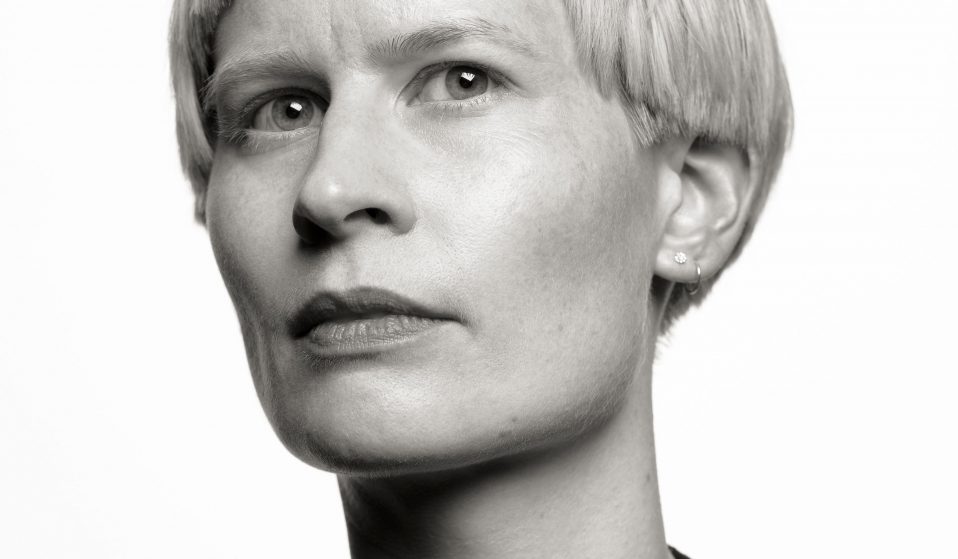 We speak to the fearless musician and writer about lust, language and why we need to rethink how we talk about our bodies.

To celebrate the release of Paradise Rot – her first novel to be translated into English – we speak to the fearless musician and writer about lust, language and why we need to rethink how we talk about our bodies.

Although we’re in two different countries, Jenny Hval and I are speaking in a storm. “It’s all over,” she says.

At the time of our phone call, her parents are in Iceland, where they’re experiencing bad weather. It’s the same in the UK and in Norway (her homeland, and where she’s calling from). She’s outside walking and it’s too windy to speak, so we agree for her to call me back when she gets home.

Hval is best known as a musician. Across six albums and several EPs, she’s made a name for herself as an experimental artist and performative presence. Femininity, sexuality, and strangeness are explored throughout her discography, through a variety of different angles – be it vampires, sleep or the apocalypse.

She has been described as difficult to interview, perhaps because she doesn’t give easy, cookie-cut answers. In conversation, she’s quietly spoken, earnest and deadly serious. but frequently laughs at her own answers. She also has a desire to be understood – and Paradise Rot, her first novel to be published in English, gives a wider audience the chance to try.

“It’s an opportunity to understand my lyrics in a different way, and my music in a context where words have a higher frame without actual sounds,” she says. “It really means something to have this translation happen.”

Paradise Rot is about a young Norwegian woman called Jo who arrives in the UK to study biology at university. She moves into a large converted old brewery with a flatmate who becomes stranger and stranger. As Jo begins to reinvent herself in a new land and language, the house begins to decay around her. It’s an odd and compelling novella and much of Hval’s later interests found in her music are here – particularly in its tone of uneasy horror.

Later, out of the storm and back in the safety of her home, Hval phones back and we discuss the book. 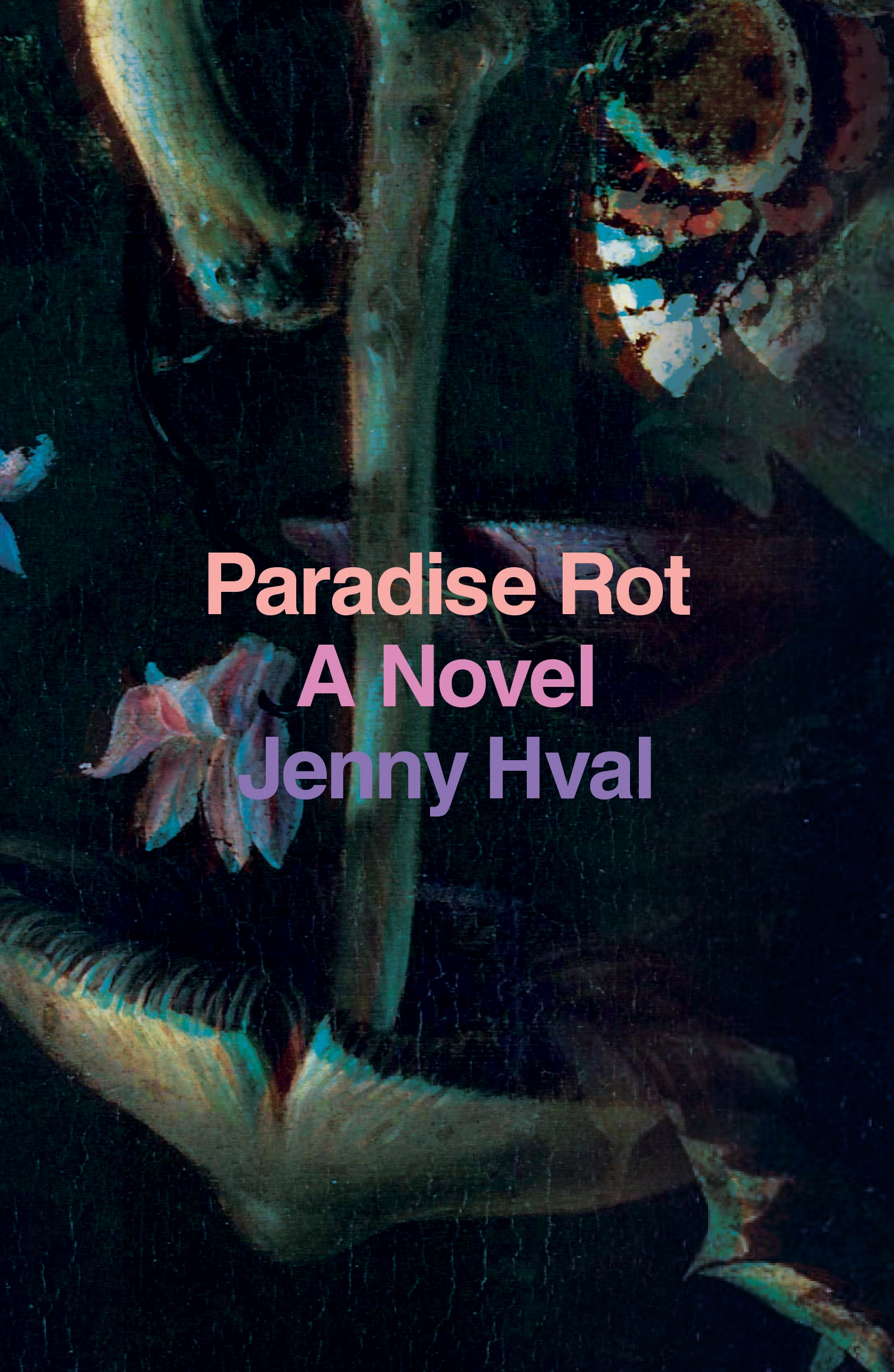 Paradise Rot was published nine years ago in Norwegian. How did the book come about? Were you writing it as you were making music?
Originally I wanted to be a writer. I didn’t see myself doing music. So this was, for many years, my big project – my music appeared on the side. I started writing it in 2005 which is why there are phone booths, no iPhones and I started writing it in English.

Afterwards, I realised I would probably have to publish it through a Norwegian publisher, so I had to translate it. Which is why it has been really lovely that it’s been translated back into ‘proper’ English. It’s been a nice cycle of many years of slow translation, and translation into my music. Everything that you do it is related.

What’s your relationship with the book like now?
Surprisingly positive. I hadn’t really looked at it since I published it. I guess this happens a lot, but you have this weird relationship with your first novel – or art project, or record – that’s very much based on the discrepancy of what you thought it was in your head, and what other people thought, or wrote, or said about it.

I’d forgotten it a little bit, so it was surprisingly nice to come back to it and rediscover what I was trying to look for with language. I did a lot of music in the same period and I remembered the book as almost being like a draft for the music.

You’re bilingual and your music and writing is bilingual. In the novel, Jo is also bilingual and she’s often unhappy with how her words sound in English. What are the biggest differences creating in English compared to Norwegian?
I don’t have the vocabulary in English that I have in Norwegian, so it’s harder – but it also makes me think simpler thoughts and images. I think I get more complicated when I write in Norwegian. That can actually make it harder to write, because it makes the writing stuffy.

In the course of writing Paradise Rot, I probably cut 70 percent of my metaphors and there are [still] so many left! I’ve learnt a lot from doing music and being more economic with language. Working more with English has made me see how I can simplify things in Norwegian, or get more direct with the reader.

I also think I have a much more complex relationship because Norwegian is my mother tongue. There’s all this psychological stuff that you have with the language you grow up with. You learn that certain words are very connected with shame you feel and the things you’re told that you are stick much more. I feel more liberated from all that when I write in English.

When Jo speaks in English, she thinks: “I suddenly knew nothing about myself, nothing seemed right in English, nothing was true.” As the book unfolds she relearns herself in this new country and language.
I think that’s the most autobiographical thought in the book. This reinvention with language is definitely something I’ve felt. In the book, it’s maybe more an opportunity for a sexual rediscovery of what is a person, what is desire, what is life living away from home – all these early 20s things. The language is very strongly connected to that time.

Have you had a similar experience of relearning yourself in the language of your music?
With music, it depends on where you’re from. For me, I’m from a very small language, so I almost didn’t hear any music at all in my own language, other than children’s songs, religious music, and maybe some older folk songs. I didn’t listen to anything Norwegian in terms of pop or contemporary music when I was growing up, so English was art and Norwegian was mostly reality.

I think many people who are not native English speakers have this relationship to English as being music or art. I find that very interesting. I think maybe if I was French or even if I was growing up today it would be different. I still can’t really sing in Norwegian.

The central image in Paradise Rot is a decaying Garden of Eden. Do you think that gaining knowledge always comes with decay and destruction?
It’s not such a surprise now but at the time, I was wondering why all these [biblical references] were appearing. I think this had to do with writing in Norwegian and reconnecting with childhood shame and Protestant religion that I had forgotten was quite present in my youth.

The stuff with decay and the fruit, it’s also kind of a joke because it’s such an overused clichéd image, especially relating it to the female genitals. It’s a problematic and sexist image. But I think there’s hope in the book for having the religious ideas decaying, as well as the discovery of [Jo’s] own being and sexuality. These ideas of femininity and female sexuality, these metaphors of being nature that are so destructive and so saturated in art. Let them die.

I love how you write about the body especially bodily fluids and habits that our lives evolve around yet are taboo, such as menstruation. Why do you think we think we have this abject relationship with our bodies – that we can’t talk freely about them?
Actually, I think we talk about it a lot. But it’s not about whether we talk about it, it’s about how we talk about it. For me, the things you don’t talk about have a potential to be magic. I’m very fond of exploring something that I don’t have a relaxed language for.

In my childhood, there was tension in these concepts and a lot of complexity around talking about it. Even if there has been talk around it, it hasn’t been effortless. Within that effort, I think there’s an enormous amount of imagery and music and potential to make it magical.

You can talk and talk about stuff but things will be taboo until there is a more natural language around them and more art. It just needs to be explored and taken seriously.

I’m not always impressed by this awareness culture of pretending you talk about things like it’s supposed to be a magical act because I don’t think it is. But maybe it does accumulate over time when things are explored from a thousand different angles. Something will happen that will make it a little easier.

Your lyrics and writing seem very personal yet at the same time wide open to interpretation. How do you feel about your words being interpreted?
I don’t mind it. Sometimes I don’t really get why my lyrics are seen as personal, but then sometimes I read them and I can see why. I think my way of relating to a listener or reader is very intimate. The lyrics mean things to me on a personal level but they’re quite rarely about myself. But I don’t mind. This is how people read music and the pop artist’s voice.

I always like to use that intimacy and space where you can get close to people. I kind of love that. In terms of how people read things, I can’t do anything about it. I put it out there. I deserve it.

Linkedin
RELATED ARTICLES
OTHER ARTICLES
Following the release of his newly republished 1991 book, Redheads, the American photographer reflects on his celebration of ginger people and their magnetic power.
Shifting the focus from the cost of living crisis to tackling obesity while many starve or freeze is farcical and pointless, writes Fatzine founder Gina Tonic.
Over the weekend, London locals came together to resist a pre-planned police raid targeting delivery drivers.
In the last of our dispatches from OFFF Barcelona, Rufus Deuchler and Vincent Gault discuss the future of creative process.
With their latest capsule collection, SCRT have constructed their own mythology, based on the story of a fictional meteor shower that hit a small Scottish town.
After news broke last week around an expected reversal of the 1973 landmark law that made abortion legal in the US, protestors gathered in the UK in support of American women.