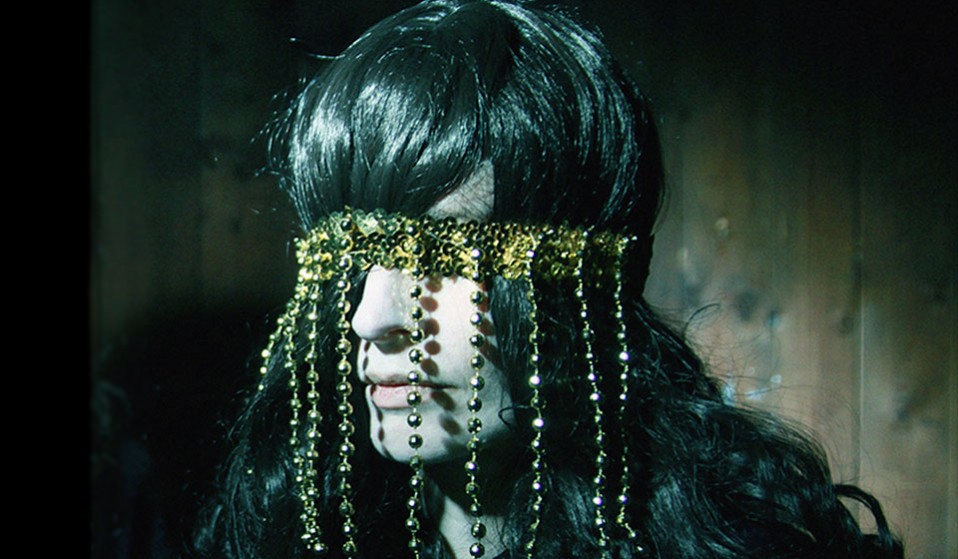 As a shape-shifting artist who challenges convention, Jenny Hval is near impossible to write about. And that's what makes her so special.

Norwegian artist Jenny Hval has made an album inspired by female vampires and period blood. But as a shape-shifting musician who pushes against convention, her work is almost impossible to write about... and that's exactly what makes her so special.

Jenny Hval is tricky to interview. It’s not just because she’s adept at dodging questions, or because her wit is so sharp that you’re never quite sure if she’s taking the piss.

It’s because Hval is one of the brightest minds in music – even just describing her sound is challenging.

Her songs pierce through themes like power and desire, language and identity, while her six albums pull together poetry and prose, performance art and even film.

If that sounds grandiose, it’s a credit to the Norwegian that it all feels so fluid …and fun.

In concert, Hval’s performances spring to life – imagine a troupe of singers dressed in jumpsuits and wigs, for instance, smearing each other with red paint while blowing up balloons – as if you’re being taken on an excursion to some far-off world.

Trying to capture that in words is something writers (myself included) struggle with. The most common tactic is to quote Hval’s provocative lyrics and touch on whatever concept her album titles allude to – but rarely does that communicate an adequate sense of her as an artist.

This is someone whose past work includes a novel, poetry, journalism, a book of feminist essays, sound installations and even a Master’s thesis on Kate Bush. Trying to reduce her career to ‘art pop’ or applying crude labels like ‘the existential Grace Jones’ just isn’t going to work. 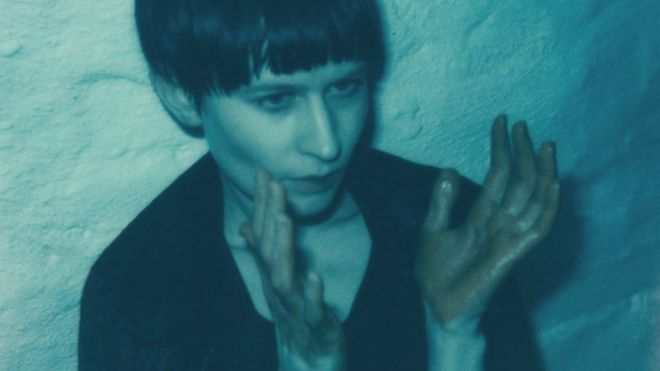 New LP Blood Bitch has been marketed as an album about female vampires and period blood.

Those things are in it, of course, and packaging like that is an appealing entryway into Hval’s music.

But there’s a reason why (on ‘The Great Undressing’) her collaborators jokingly discuss what the album is about before concluding, “Haha, that’s so basic.”

It overlooks the openness of Hval’s music. Blood Bitch splinters in so many directions that it feels like a ‘choose your own adventure’ listening experience.

But that artistic openness is also why, unsurprisingly, Hval isn’t so keen on interviews. She doesn’t like being summed up and often disagrees with her own quotes. And she probably wouldn’t like reading this.

So where the hell do you start? How do you navigate the abstract while still communicating a sense of how the artist sees things?

One answer is to reach for some ridiculously open questions (which Hval humours graciously) and just see where it goes.

I don’t feel so optimistic about where the world is headed at the moment… to the point that it could alter life decisions, like bringing a child into the world. But I also can’t tell if that feeling is just part of getting older. Do you know what I mean?

When I feel like everything is in a state of shit with the world, I have this lucky escape as an artist, an escape to a place where there’s always hope. And that’s going to art. But I can’t completely disconnect from the world and I wouldn’t want to.

In the last few years I’ve been reading a lot of political theory and I feel like it’s important to be aware of things: to see through as many structures or to learn about the dynamics of power as much as possible. I want to be aware of the world and try to scrutinise why it hurts.

It’s always hard to be different. What I’ve realised from travelling is that everyone has their norms.

In every society, in every group, there are always rules or ideas that are not so individual – even among people who feel like they’ve escaped the mainstream and found their place in some underground spot. There’s always that moment where you realise, ‘Oh, there are rules here too.’

Fear and doubt are part of the creative process and most people have no idea that artists struggle with insecurities like everyone else. What can you tell me about that side of it?

I kind of love the fear and doubt. I thrive on it. There’s so much of that in what I write, as well as self-hate and all those other negative things that turn out to be excellent spiritual guides.

Just like I’m very good at skipping over your questions and talking about something else, that’s a part of the process when I’m making things too. Instead of brooding, I’ll just skip to the next thing… and the fear and doubt will maybe find a better place somewhere else.

Your work touches on gender identity and sexuality quite a bit. Not long ago, there wasn’t much understanding around these topics – they weren’t nuanced concepts – and it seems like the past few years in particular have represented a surge forward in that regard. How much can you see society changing along these lines in the years to come?

I’m not sure it’s good to think that things have changed just because we’re talking about them now. Even if there have been some changes that seem promising, it’s important to remember that there’s always work to be done.

Feminism never ends. Black Lives Matter will never end, sadly. It’s a constant struggle – not just to be respectful of others but also to not create a society full of censorship. People still have to listen and learn from each other… and I don’t feel we’re in a very good place with that. 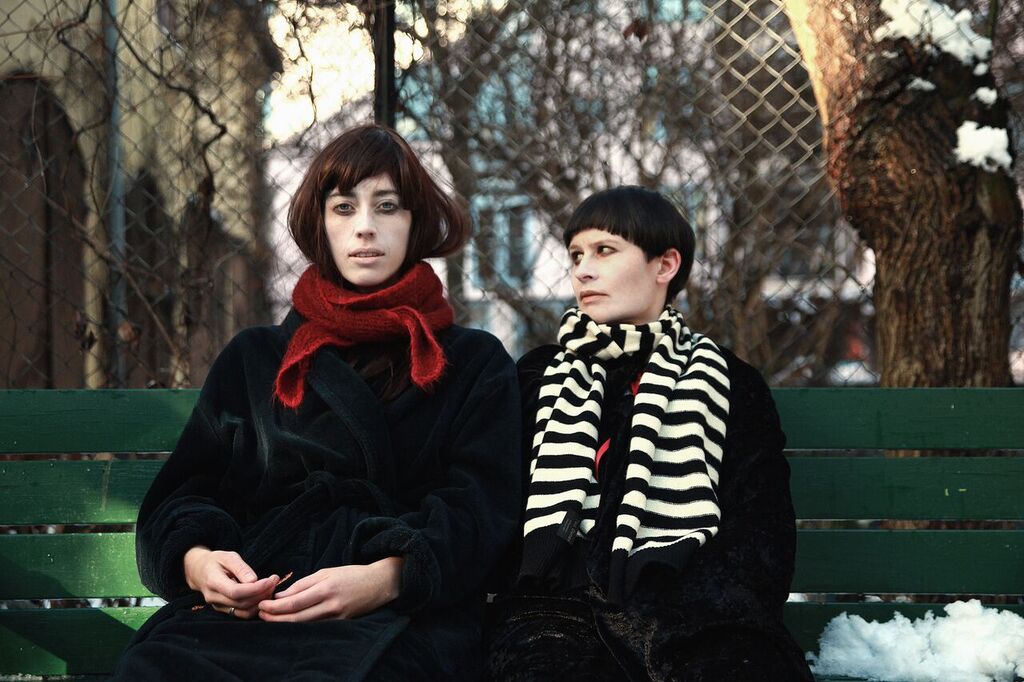 How do you treat the balance the part of it that’s making art and expressing yourself with the part that is trying to maintain a job?

I’m not very ambitious. I’m just happy with not dying. In that sense, I’m allowing myself to be quite young and not 36. One of the toughest ‘norms’ that comes rushing in after a certain age is the need to build your own existence and have a career.

I always thought that I would be ambitious about that, and about making money, but I’m not. That makes things a lot easier because I don’t have to balance so much and although I still have a lot to learn, I’ve never had two years of doing the same thing.

Do you feel like you have anything to prove?

I don’t know. Maybe. Does it sound like it? I don’t feel like I have much to prove. There’s a lot of things I’ve said out there and I’m not sure if I agree with any of it.

We all say what sounds good in the moment but it doesn’t mean it’s the truth, especially about the creative process because that changes.

Any time I return to it I realise, ‘This is so different from what I have in my head when I’m talking about it’.

Unless you’re with me in the studio, seeing me work and seeing right through my conversational defences, [what I do] is kind of impenetrable. It just stays in its own world, which is wonderful. Ha!

Blood Bitch is out on Sacred Bones.

Linkedin
RELATED ARTICLES
OTHER ARTICLES
The situation in Afghanistan remains dire, with many groups facing persecution at the hands of the Taliban.
The government’s failure to take long Covid seriously has led to the formation of a group campaigning for the thousands of forgotten victims of the illness.
Our new magazine is here, starring the inimitable Mitski. Order your copy now and join us on a trip around the world.
The government is scrapping the Human Rights Act in a move that will hit marginalised people hardest.
Following the release of his newly republished 1991 book, Redheads, the American photographer reflects on his celebration of ginger people and their magnetic power.
In the latest OFFF Dispatch, the enigmatic designer dives into his process, connecting the dots between his unique and varied creative output.