Art & Culture / Books / Othering the other: the plight of the black goth 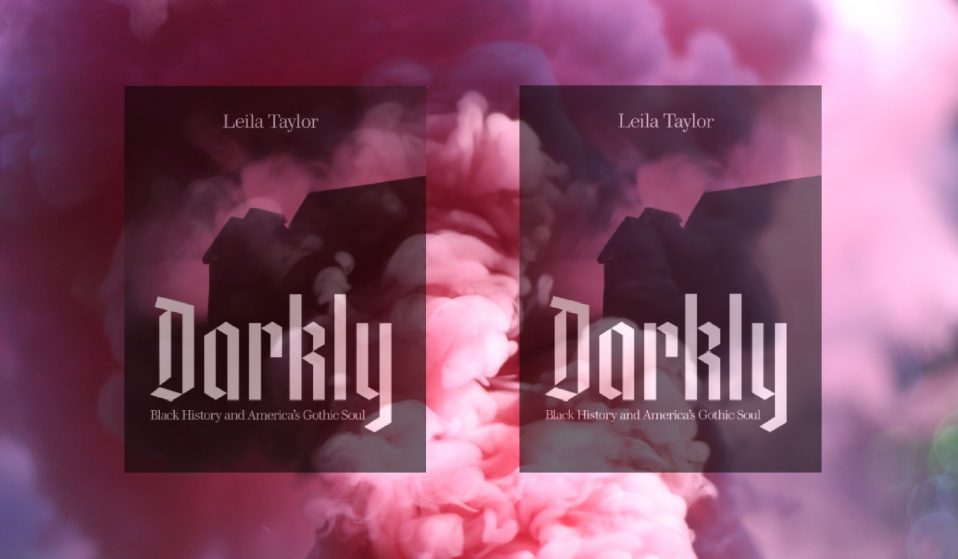 To be black in America is to be marginalised. But if you’re a goth too, the otherness doubles – it goes past the margins and right off the page.

To be black in America is to be marginalised. But if you’re a goth too, the otherness doubles – it goes past the margins and right off the page.

I really hate when I see black goths.

I came across this bitter little non sequitur on a message board by accident while researching goth bands of colour, and despite my better sense, I took the bait. After several comments mocking photos of black goth boys and rating the relative hotness of black goth girls, someone asked,

So’s anyone going to explain why black goths are weirder than any other kind of goth?

There was one reply:

Because their black. Seriously, its that simple. [sic]

The debate ended with the case apparently closed, but I felt for these young brown-skin freaks with the nerve to let their flags fly, and I was left with a pang of hurt that morphed quickly into anger. Here was another example of that particular form of racism that dictates that there are “things black people do” and “things white people do”, and – as Lil Nas X has shown – people get upset when black folks don’t stay in their cultural lane. My immediate defence was that black goths aren’t any weirder than white goths, or Latinx goths, or Asian goths. Goths in Nairobi dress about the same as goths in New Jersey. We generally like the same stuff and listen to the same music. But the difference for black goths in America is that they are black people in America and that can be, to say the least, pretty weird.

From Siouxsie Sioux to Lydia Deetz to South Park, the palette of goth in popular culture has been black on black clothes and a tubercular complexion. Like teenagers everywhere, the walls of my room were a gallery dedicated to the music I loved, and I surrounded myself with a collage of white faces with spiky hair torn from the pages of Smash Hits. Mixed in were snapshots of my friends posed dramatically in gothic archways with too much eyeliner, blood-red lipstick, and frantically teased up hair like Robert Smith. I’d look at the photos of my white friends with their vampiric pale skin, and I will admit that I was sometimes envious at how effortlessly they could present as goth. Mark Fisher called Siouxsie’s look a “replicable cosmetic mask, a form of white tribalism.”

I never wanted to be white, but when the black kids called me Oreo, I would feel a sliver of guilt that perhaps I was betraying my race by preferring Bauhaus over Boyz II Men. That who I was on the inside was not matching what others expected to see on the outside. It was a liminal existence between the two worlds of my self and what others saw (or did not see). Ralph Ellison called it the “blackness of blackness”, an eerie non-place, an othered and alienated space that felt far more goth than anything I could buy at Hot Topic. The specificity of the goth aesthetic is easily defined and, as in all subcultures with a codified uniform, clearly recognisable. Blackness is not. To be black in America is to be objectified and marginalised, but with the addition of a qualifier (black + goth), the otherness doubles. It goes past the margins and right off the page.

But goth is more than just make-up. If you chip away at the black nail polish, it is a culture that represents a resistance to the mainstream, self-identifying alterity, a scepticism of blind optimism, with a memento mori modus operandi. It is a culture of performative melancholy with a deep awareness of the dark side of human nature. It takes those things that are supposed to repulse and terrify and takes ownership of them and manipulates them for our amusement. It is more than a style. It’s a sensibility and perspective on the world, a gothic perspective.

The gothic in literature, music, film, and art has always been a means to illuminate cultural anxieties. It gives a voice to our collective fears, and America, a country stolen through genocide and built by slave labour, is by its very nature predisposed to anxiety. It’s the fear of having gotten away with murder for 400 years and waiting for the jig to be up. It’s the multitudes of ghosts from chattel slavery, and it’s various oppressive machinations since. It’s in the rituals of public mourning for the victims of stand your ground laws and deadly force. The gothic metabolizes trauma and turns it into something useful, even beautiful, something that black people in America have had to do for centuries. Listen to Billie Holiday sing “Strange Fruit” or read Toni Morrison’s Beloved, and you’ll see what I mean. You’ll see it the next time you pass a painting of a young black man in memoriam on the side of a building. You saw it in Jordan Peele’s Get Out and the final scene of George A. Romero’s Night of the Living Dead. Ironically, you don’t see it in the blues, but it is in old Negro spirituals.

I’ve always been attracted to the macabre and the mysterious. I’ve been playing in graveyards since kindergarten, I love horror movies, and yes, my wardrobe is almost entirely black. I think the reason why I was attracted to goth and the gothic was that it opposed what we were taught was the correct way to be. It was boys who embraced glamour and girls who refused to smile on command. It was campy instead of sensible. It was deviant when the goal was belonging.

If black goths are “weirder” than white goths, it is because others have attempted to restrict the immeasurable, to define what it means to be black. Both goth and blackness have their foundation in transgression, an intimacy with death, the aesthetics of mourning, and a keen awareness of the darker side of human nature. Poet and scholar Fred Moten wrote that “black performance and black radicalism” are inseparable, that blackness comes with built-in resistance to objectification, and that this is “the ‘essence’ of black performance and indeed the ‘essence’ of blackness itself.” Otherness is blackness, and there is nothing more goth than black.

Linkedin
RELATED ARTICLES
OTHER ARTICLES
Cindy Campbell recounts how her brother ushered in a new era of musical culture at a party she held in the Bronx in ‘70s.
Sean Maung’s photos are a love letter to the Black and brown communities that make up New York.
As the Scottish government announces a rent freeze, an activist with Living Rent who fought and won shares how they did it, and what must come next.
Yesterday thousands gathered outside Buckingham Palace after news of the Queen’s death broke.
For over a decade, gamblers have won big by employing people to place live bets from the court. But does this dubious method still work?
Birdy Chu reflects on documenting the historic moment in which the territory was formally passed back from the UK to China.