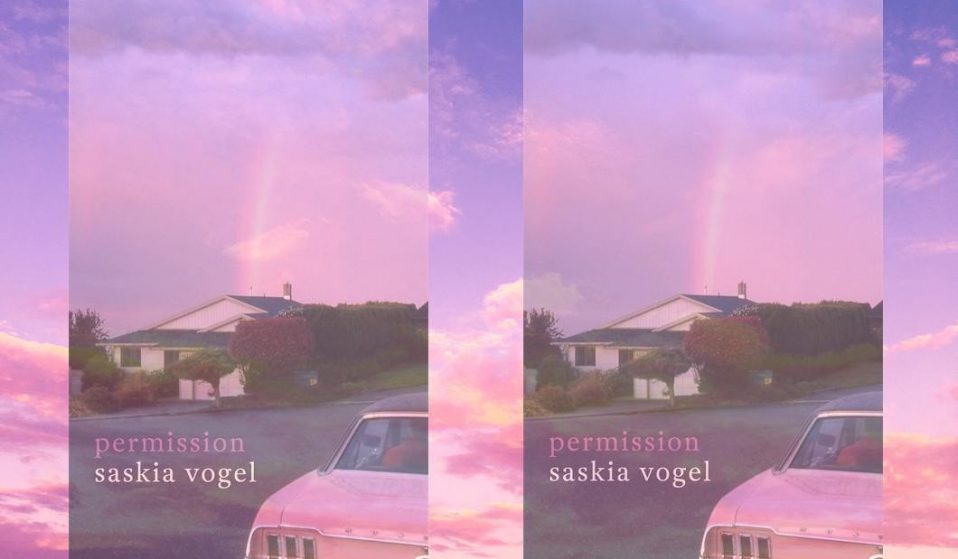 Saskia Vogel’s debut novel – which explores desire and loneliness in LA – is one of this year’s most exciting. We speak to the author about how she subverted the genre.

At first glance, Saskia Vogel’s new novel Permission could appear as if it’s all about sex. But dig a little deeper, and the story contains a number of complex themes belying such simple categorisation.

“What struck me, far more than the elaborate costuming or the parties, was how beautifully they managed their relationships. The type of communication they had, how these people seemed to have created a very articulate, emotional-drama free, loving space for friendship, committed relationships and lusty dalliances to flourish.”

“Of course, hurting people is sort of inevitable. But in general it was such a well functioning group. I was so struck by that in my early twenties.”

“When you bring those three people together, it raises questions about how intensely patriarchal LA is. The parallels started to emerge between general society versus a subculture where those roles, the power dynamics, are very carefully negotiated.”

“It was about the quality of the communications,” she says. “If you enter a situation – a club, a fetish night, a party – where the invitation makes it clear it’s a free space to explore sexually or erotically, you enter that space with a different kind of conversation than exists elsewhere.”

“I listened to a podcast with her – she was talking about how she approaches establishing consent. She’ll ask initially if it’s okay for her to kiss someone, if it’s okay to take it further. Then, once you’ve established your boundaries, the communication can be a lot more open. The groundwork has been done to make people feel comfortable.”

And what of the disingenuous right-wing talking points that claim the ‘rules’ of sex are now unintelligible? “The rules have always been the same,” Vogel replies, laughing. “Just people in power have enjoyed abusing that power sometimes. Right now, there’s a bunch of dudes saying, ‘I can’t even compliment on her hair, because that would constitute some kind of breach!’ We’re in an awkward transition phase, we’re going to go towards extremes.”

“But ultimately, it’s a really good sign that these conversations are on the table, and I think we should have a bit of patience to see how they unfold. I’m an eternal optimist. But I feel like the conversation is moving in the right direction.”

“She talks about how she’s always been alive and aware of the carnal energies of the world. But schools, authorities, religion, parental figures, all basically insisted that she pretends those things are not there,” Vogel says.

When it comes to what she hopes readers take away from Permission, Vogel hopes people pick up on the compassion and intimacy that runs through it. “It’s a book about opening up new spaces of intimacy and community, but also a sanctioned place for pleasure – pleasure that is engaged with as seriously as we’d engage in a new hobby or developing our literary tastes,” she says.

“I just really want people to slip inside a different kind of desire.”

Permission is out now on Little Brown.

Linkedin
RELATED ARTICLES
OTHER ARTICLES
Members of the collective share some of their reasons to run as part of #UnitedBySummits, a campaign that looks to uncover transformative power of the outdoors.
After news broke last week around an expected reversal of the 1973 landmark law that made abortion legal in the US, protestors gathered in the UK in support of American women.
Following the release of his latest album God Don’t Make Mistakes, the rapper talks horror villains, police brutality and being unafraid to show his vulnerable side.
A group of Ukrainians living in Poland are helping Ukraine withstand Russia’s brutal invasion by buying supplies and shipping them directly to the war’s frontlines.
In the latest OFFF Dispatch, the enigmatic designer dives into his process, connecting the dots between his unique and varied creative output.
From the Yakuza to a biker gang, Bruce Gilden recounts capturing Tokyo and Osaka in the ‘90s.