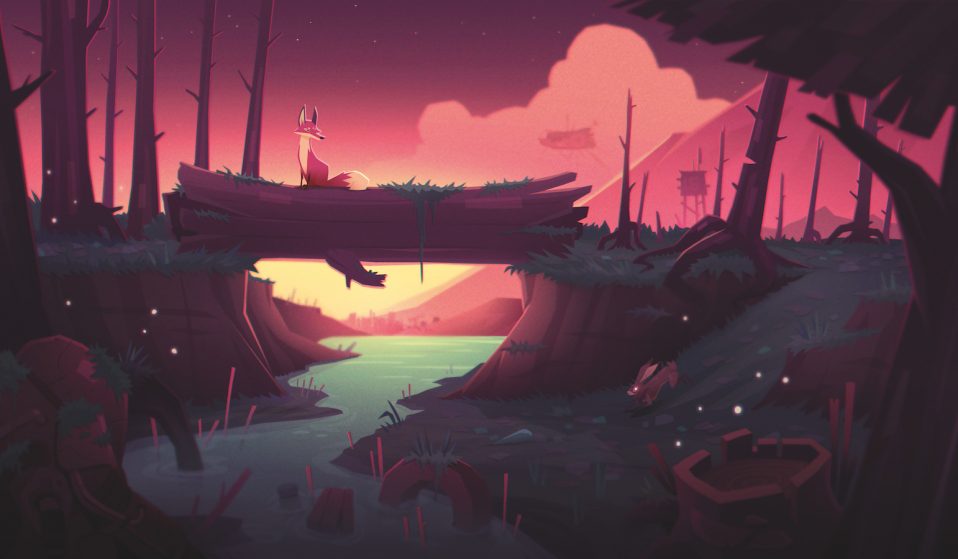 With the gaming industry booming, a growing number of developers and environmental campaigners are looking to channel that attention and cash towards the climate crisis.

With the gaming industry booming, a growing number of developers and environmental campaigners are looking to channel that attention and cash towards the climate crisis.

Games have always offered spaces to escape the world’s ills, but in more recent years, a growing number are putting the climate crisis at the centre of their fictional worlds. In Beyond Blue, inspired by the BBC’s Blue Planet II series, players explore the mysteries of the dark depths and the ballooning impacts of warming on the ocean. Endling is played through the lens of the last mother fox as she clings to survival on a ravaged planet; scavenging for her cubs and escaping the clutches of humans scavenging for theirs. In Bee Simulator, players are bees, buzzing through a disintegrating micro-world, survival dependent on the speed they flee a swinging axe as it decimates their hive.

It is a growing trend in video games. Players confront displacement, disease, deforestation, drought. As trees are cut down, skies darken. As toxic waste is dumped in rivers, fish die. But it’s not just doom and gloom: some are solutions-focused, others reward environmental knowledge. Answer this conservation quiz and win an in-game Rhino. Build a tree and we’ll plant a real one.

It is a shift in the dynamics of video games. Most world-building games of the past involved the plunder and destruction of nature to raise civilisations. 4X strategy-based games – like Civilization – are distinguished by four threads: eXplore, eXpand, eXploit, eXterminate – aka, the pursuit of endless growth at any cost. Mass-market games are putting out green versions of their stalwarts, too. Civilization VI: Gathering Storm, has in-built anthropogenic climate change. Players are compelled to think about the consequences of their choices: chopping down forests may accelerate city development but lead to flooding. Game developer EA recently released Sim: Eco Lifestyle, where players can run recycling projects, build wind turbines, and for the zealots, there’s even dumpster diving.

Minecraft was the first to try this in 2015 with Climate Hope City: a three-dimensional, zero-carbon city. “We wanted to explore the positive aspects of climate change,” says Adam Clarke, the designer. “Climate Hope City was about hope. Unpacking the depressing stories, and illustrating all these positive things we’re doing that can help change the world for the better, store carbon, and reduce greenhouse gases.” Climate Hope City is not a fantasy world, but rather, a vision of a green city of the future: every feature is based on technology that already exists. Clarke began by chalking up a list of climate technologies and emerging innovations. He then drew a spiral. As the player walks towards the centre, they pass wind turbines, towering vertical farms, canals bobbing solar-powered boats, kinetic pavements.

Can these games have a tangible impact on those that play them? Endling, due for release next year, put out a demo so players could try the game. “One of our goals was to get people to bond with the cubs, because we needed everyone to get emotional if we really wanted to deliver a message that could reach our audience,” explains Javier Ramello, Endling’s programmer. “It was even worse than we thought: some people cried because a cub died, others stopped playing because they just couldn’t stand it.”

Javier and his partner have been designing games for years, but decided they wanted to create something “meaningful”, tired of “working on random video games about shooting people”. Endling doesn’t promote specific actions, but is designed to stimulate players’ understanding of human-driven environmental degradation. “If they’re concerned, they may read novels or watch documentaries about climate change. Eventually, they will act to change the situation,” Javier says. “Of course, we don’t believe Endling itself can change the world, but we wanted to do our bit in making people alert about where we’re heading.”

As well as raising awareness and engaging players on specific themes, games can spur offline climate action, too. When PokemonGo players were called on to collect waste on Earth Day in 2019, 17,000 gamers in 41 countries picked up a whopping 145 tonnes of trash. Alipay, the Chinese payment app, introduced Ant Forest in 2016: a tree-planting mini-program where every virtual tree planted equals a real one. Over 600 million users have planted more than 326 million trees, boosting reforestation in China’s most arid regions. In 2019, as bushfires raged across Australia, players of Space Ape asked the company how they could help. Space Ape speedily instigated in-game purchases into several mobile games, with all proceeds going to charity. In four days, they raised $120,000.

The most significant industry-wide mobilisation and efforts to catalyse systemic change have come from Playing for the Planet Alliance, launched by the UN Environment Programme in 2019. An initial 21 (now over 30) gaming giants – representing almost one billion gamers and including the likes of Sony and Microsoft – teamed up to unlock gaming’s potential to tackle environmental issues. In joining, companies committed to reduce operational carbon footprints and install “green activations” in games.

“I’ve always been curious about the influence the UN has on sectors that have never been tapped on the shoulder before to think about the difference they can make,” Sam Barratt, the UN Environment’s Chief of Education, Youth & Advocacy tells Huck. “When you tap the shoulder, the door opens, and the conversation begins. For me, there’s a bit of magic about choosing a sector that hasn’t understood the power it has and putting warm air in their sails for them to try things they never knew they could do until they started.”

It’s no surprise Barratt saw gaming as an important industry to ‘tap on the shoulder’. There are 2.6 billion gamers, spread across every corner of the globe, every niche and subsect of the population. The industry has annual revenues of $140 billion – that’s more than Hollywood, Bollywood, and recorded music sales combined. In 2017, 666 million people watched other people play games on YouTube and Twitch: more than the combined audience of HBO, ESPN and Netflix. Channeling even a small slice of that attention and cash could be transformative.

“Number one is scale: no other medium gets 3 billion people every day,” Barratt says. “Two: it’s an audience contained within a space. You don’t have to leave the room to make a difference. It can be a seamless, integrated, authentic part of play. Number three is the fact nature has always been in the backdrop of the world’s greatest games. I wanted to see how nature could be brought to the foreground, rather than the background, of play.”

Video games are powerful storytelling tools. Their immersive nature can breathe life into environmental stories. “The successful games are not didactic: they allow people to experiment and have a range of solutions to the problems they see,” Clarke says. “Minecraft is a space that gives young people autonomy and feels authentic. It’s their world. If you create content that engages young people and drives them to ask questions and explore in a playful and engaging way, you can raise issues that they will then raise within their own families and lives.”

Yet the gaming industry has a footprint of its own to address. Gamers and the data centres that power their play gobble vast amounts of energy. The pandemic caused a surge in gaming, and thus its energy thirst. Estimating how much energy gamers devour worldwide is difficult – and largely untried – but it’s fair to say it’s substantial. Electronic devices clog landfills, too. In 2019, gaming consoles contributed to 4.7 million tonnes of small IT-products waste, according to the UN’s Global Waste Monitor.

The UNEP is working with the industry to combat this. Alongside Microsoft, they are running lab tests on various games to measure kilowatt drawdowns so companies can make more accurate assessments of power consumption. They are constructing tools to scope industry emissions. The alliance has held two Green Game Jams where companies compete to add sustainability elements to their games. A major focus is tier three emissions: requirements for joining include annually-reviewed net zero commitments.

Barratt is hopeful. “There’s a lot of commitment in the industry to do the right thing and we’re working hard to make sure people follow through. The possibilities for the sector are limitless, mainly because there are no boundaries in game design,” he says. “Whether it’s gun violence or toxicity, there are issues the gaming industry needs to tackle, but when it comes to climate, they’ve got a leadership opportunity if they want to take it.”

Linkedin
RELATED ARTICLES
OTHER ARTICLES
Taking us through one of the most dynamic years in recent history, Laylah Amatullah Barrayn new photo book contains tender yet confrontational portraits.
Photographer Sean Maung reflects on documenting a small town in Pennsylvania afflicted by high levels of unemployment, poverty, violence, crime, and addiction.
Zsófia Sivák’s ongoing project documents the country’s tavern culture, preserving a once defining part of rural life.
The first-generation graffiti artist reflects on the tagging’s emergence as an art form and the players who pushed the medium forward.
After a two-year hiatus and a new album, the Nigerian artist is riding high. Now, he wants to bring his alternative, genre-bending sound to the world.
A new film from Berghaus traces the story of Adam Raja, who left behind a turbulent upbringing to discover the healing power of climbing.