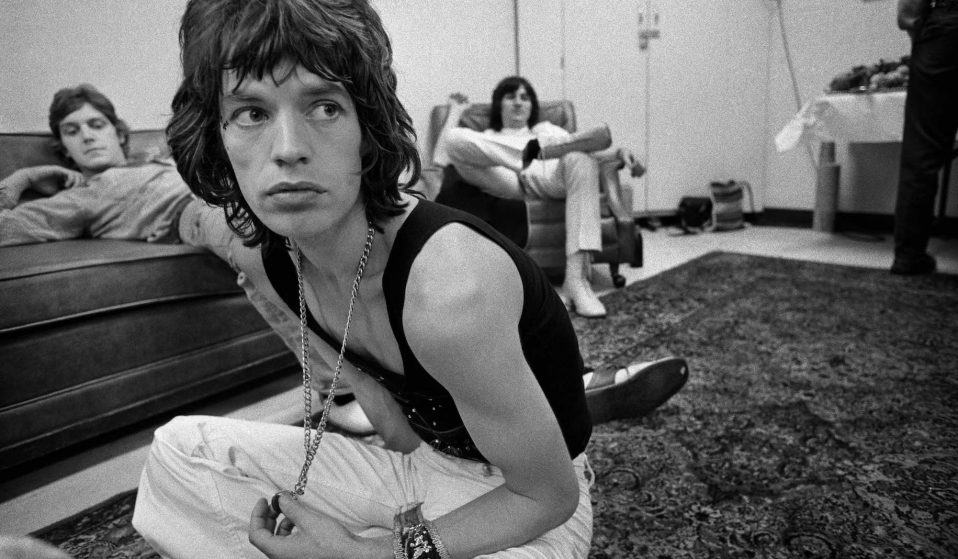 A new edition of a seminal book brings together iconic images of the band onstage in their full glory and backstage in moments of unguarded camaraderie.

A new edition of a seminal book brings together iconic images of the band onstage in their full glory and backstage in moments of unguarded camaraderie.

In 1972, the Rolling Stones had risen to new heights as the bad boys of rock ‘n roll. It was only fitting that their Exile on Main St. tour be documented by a photographer whose reputation matched their own – the legendary Jim Marshall (1936–2016).

“Jim had a reputation,” says Amelia Davis, Marshall’s longtime assistant and owner of the Jim Marshall Estate. Notorious for his love of cars, guns, and drugs – not to mention his take-no-prisoners attitude – Marshall had established himself as the leading music photographer of the times. 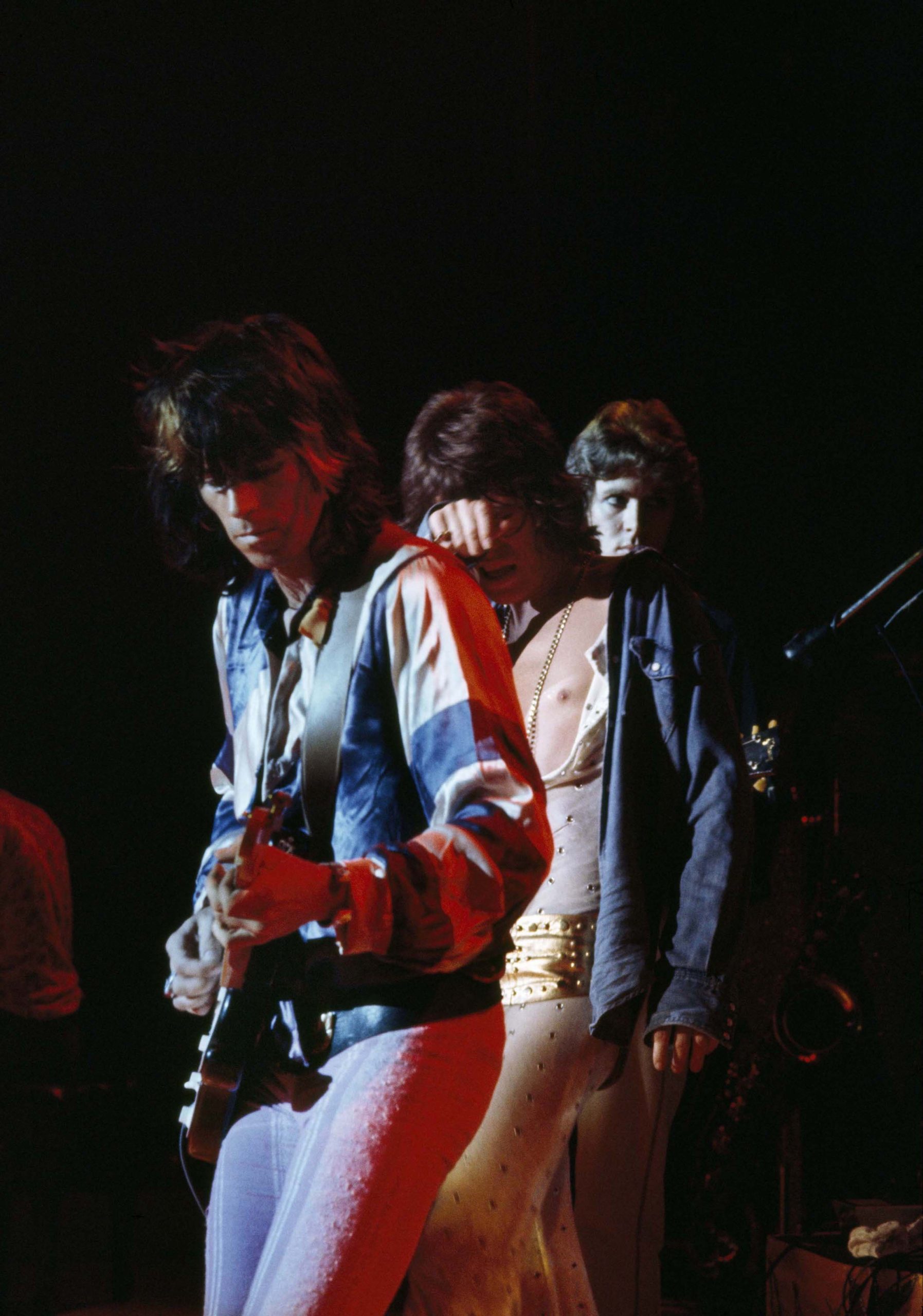 After getting his start documenting the San Francisco jazz scene in the 1950s, Marshall quickly became ensconced with the city’s burgeoning counterculture scene of the 1960s. His iconic photos of everyone from John Coltrane to Jimi Hendrix helped shape ideas about music when it was still a radical force for social change.

But, as Davis notes, more than anything else, Marshall considered himself a photojournalist. When LIFE magazine sent out word they were looking for an official photographer for the Stones tour, Marshall joined the throngs that submitted a portfolio of 10 images hoping for this plum assignment. “For Jim, to get the gig meant the world to him,” says Davis.

To celebrate the 50th anniversary of the historic tour, which became the subject of Robert Frank’s 1979 documentary film, Cocksucker Blues, the Jim Marshall Estate has just released The Rolling Stones 1972 (Chronicle). 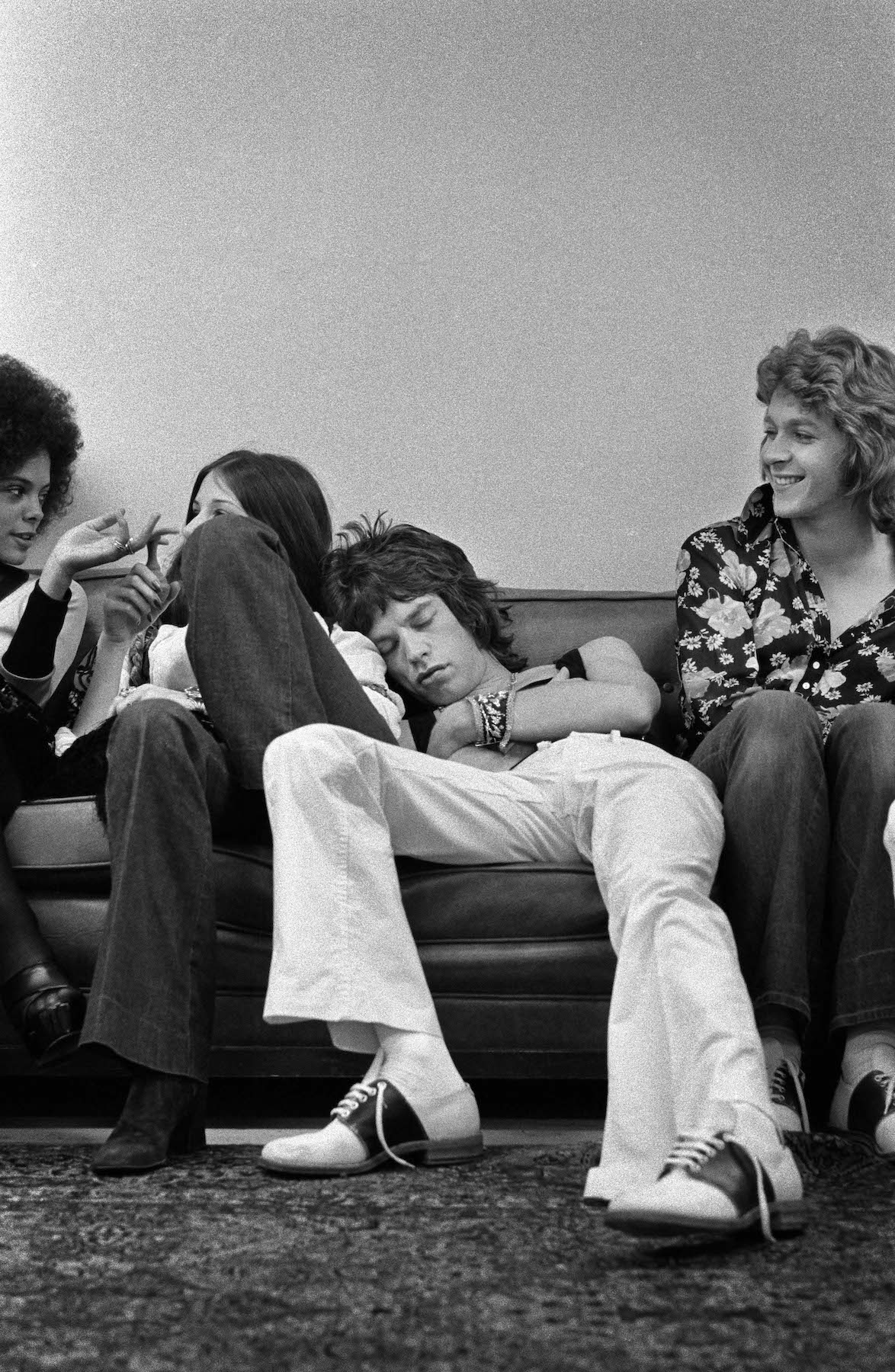 Backstage at the Forum, Los Angeles, California. Due to logistics and security concerns, the Stones stayed at the venue between the afternoon and evening shows on June 11 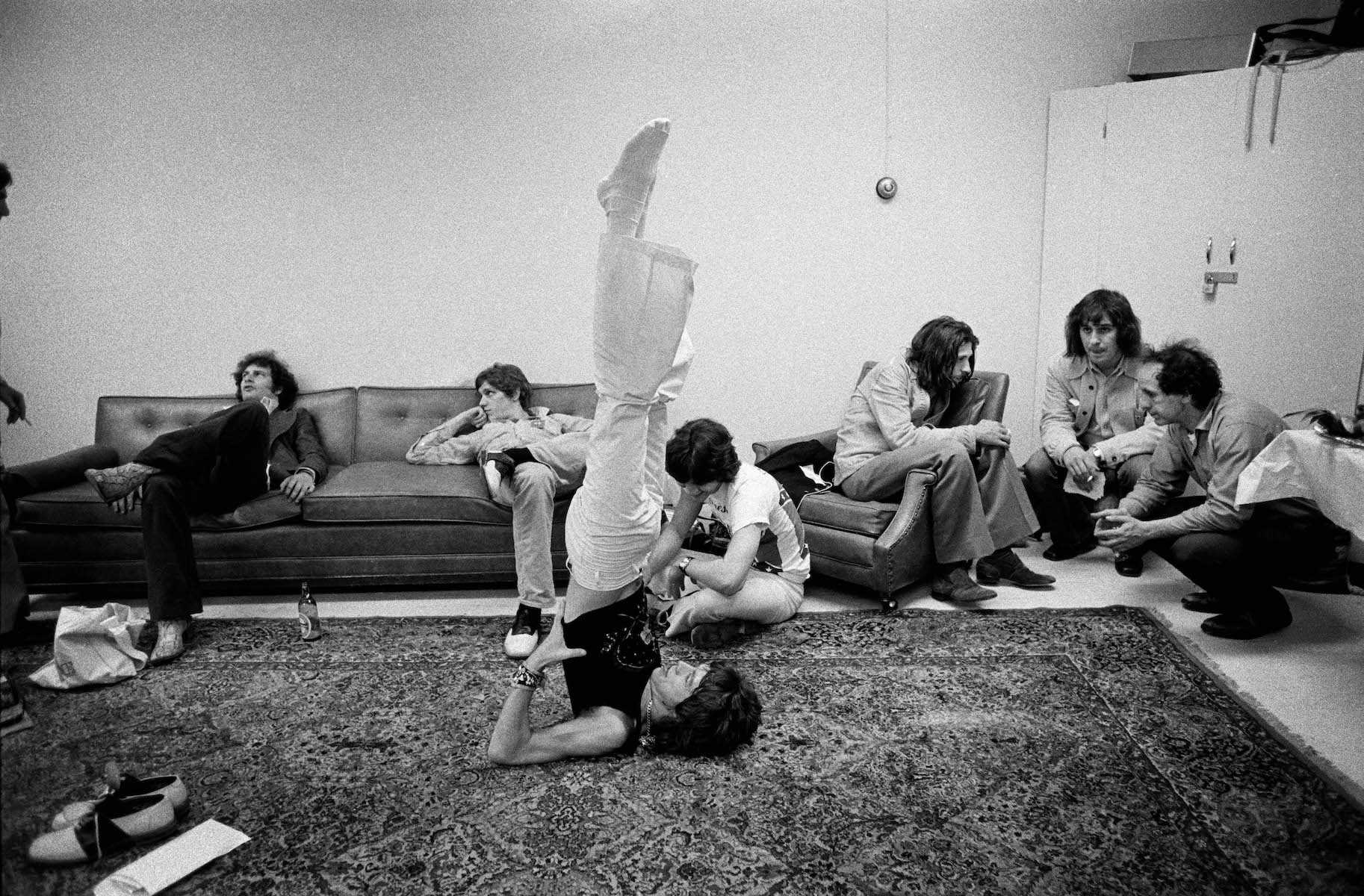 Over the course of the tour, Marshall shot it all, providing an insider’s look at intimate moments in the studio, the banality of backstage, and feverish scenes of the Stones letting loose on stage. Never one to miss out on a good time, Marshall partied along.

“Jim did a shitload of cocaine,” says Davis. “One of the writers from LIFE complained [to the editors] that Jim was doing all this coke and they didn’t know what his photographs were going to look like. But of course, Jim’s photos were amazing. He was able to walk that line with the Stones.”

Although he had all-access, Marshall respected the people he photographed far too much to ever make incriminating or exploitative images that would pass as tabloid fodder. As a result, he earned the band’s trust; they knew they could be themselves without having to worry about being sold out. 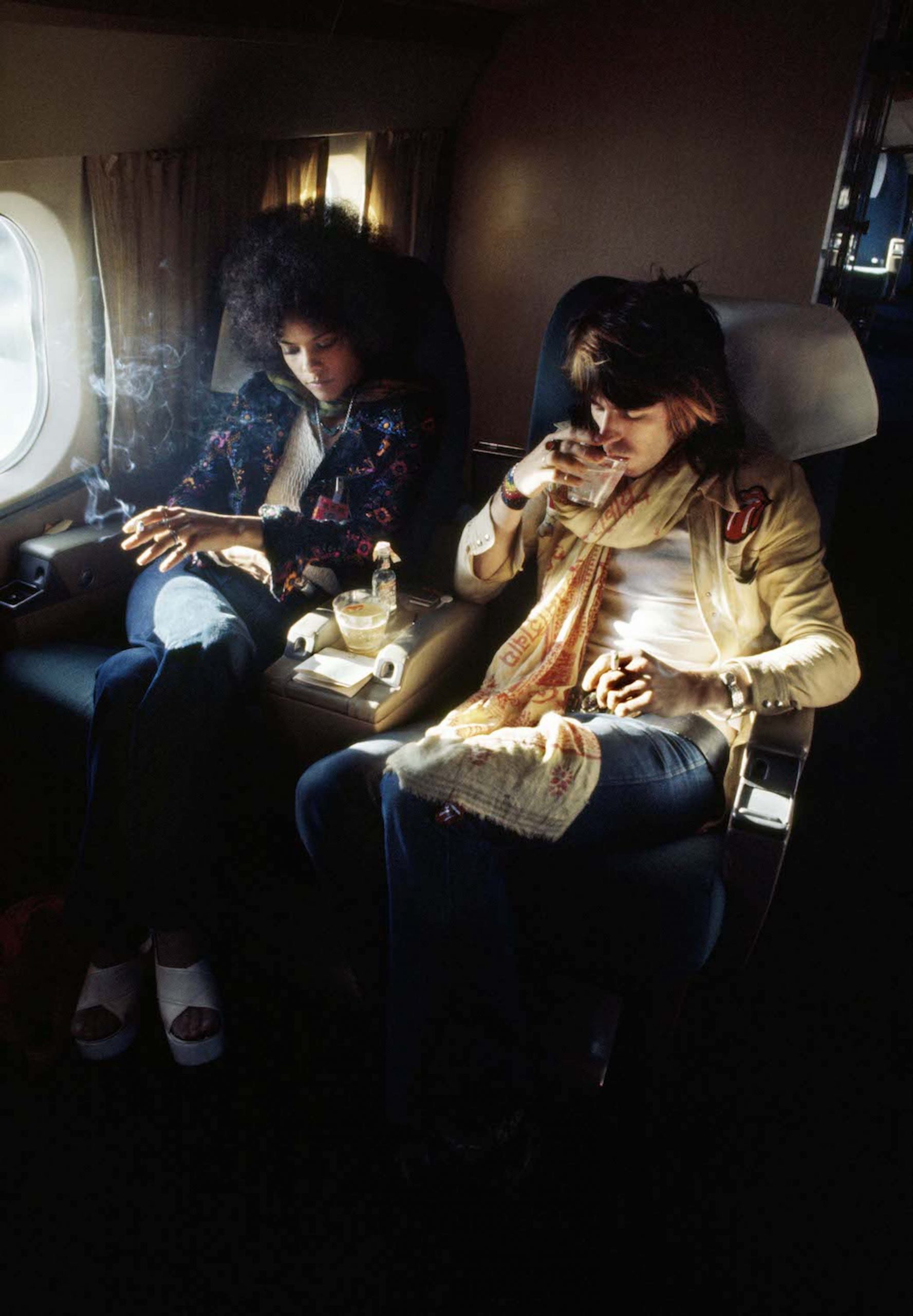 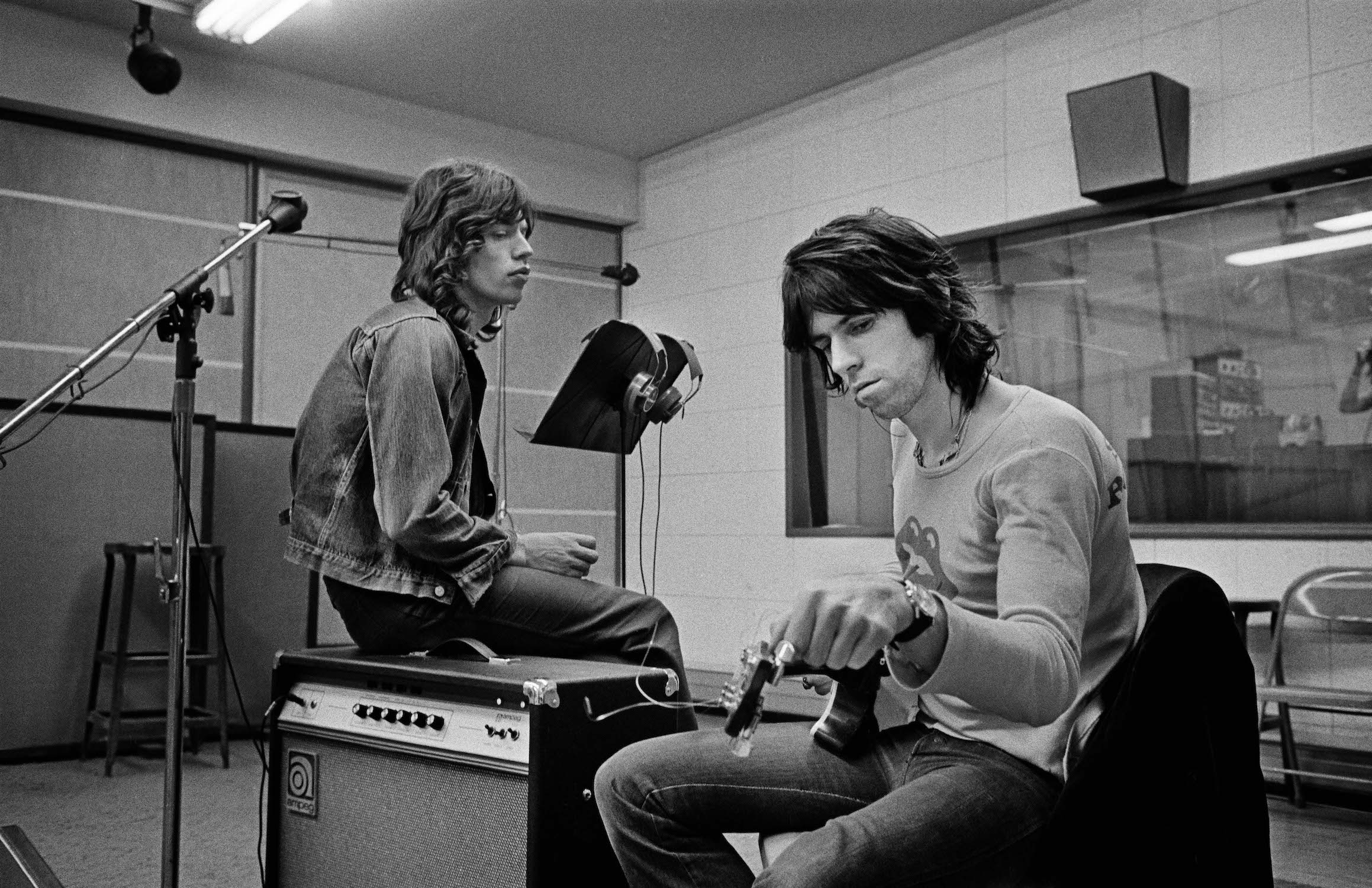 “There were other photographers on the tour including Annie Leibowitz, Ethan Russell, and Ken Regan, but Jim was the only one to photograph quiet moments like Mick Jagger and Robert Frank on the plane,” says Davis. “Jim had all of these intimate moments among the chaos.”

Looking back at these images, Davis says, “It’s a bygone era. You don’t get that kind of access on stadium tours. You’re never going to see people leaning on the stages and interacting with the band again. It was such a different time.” 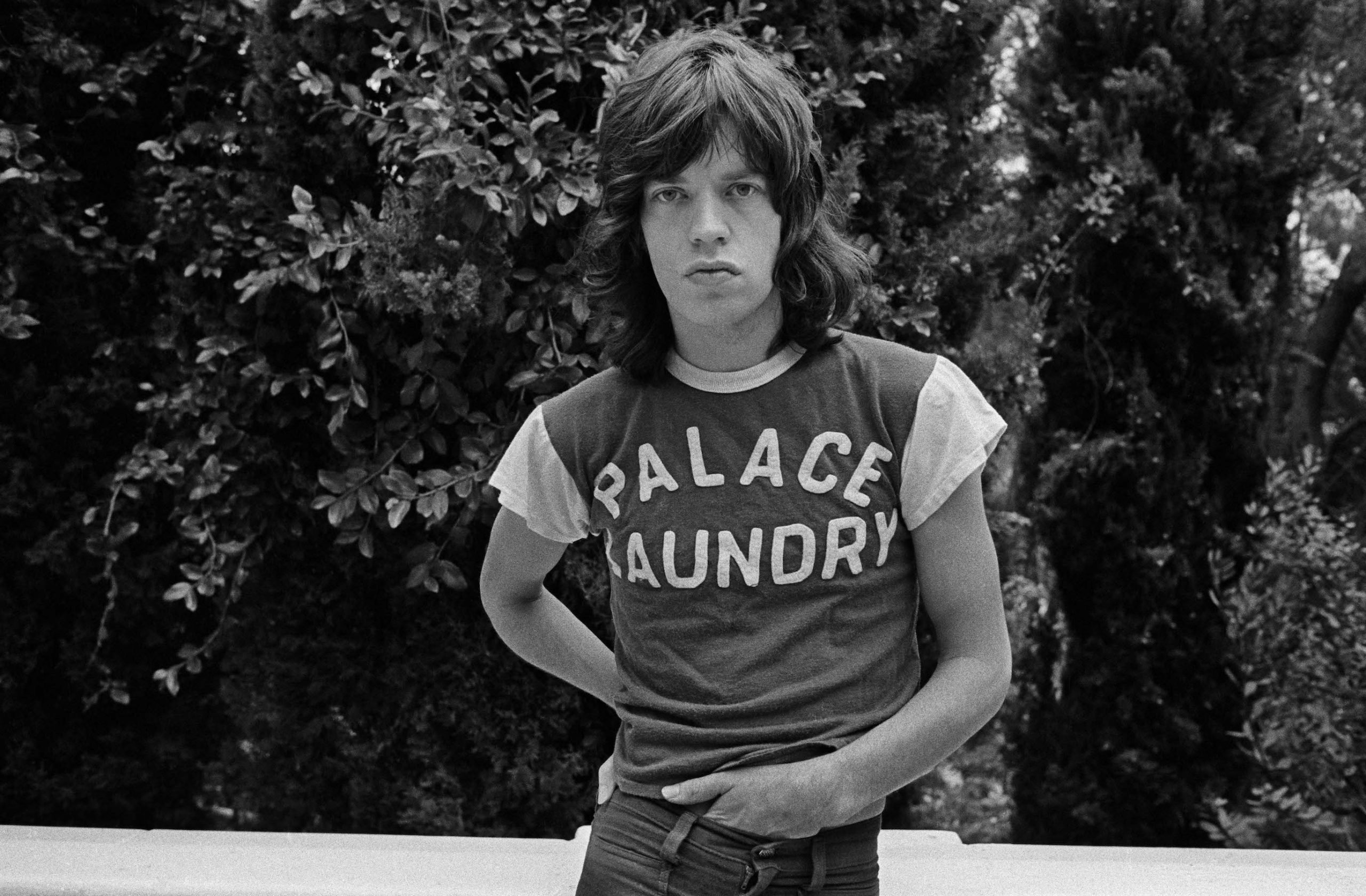 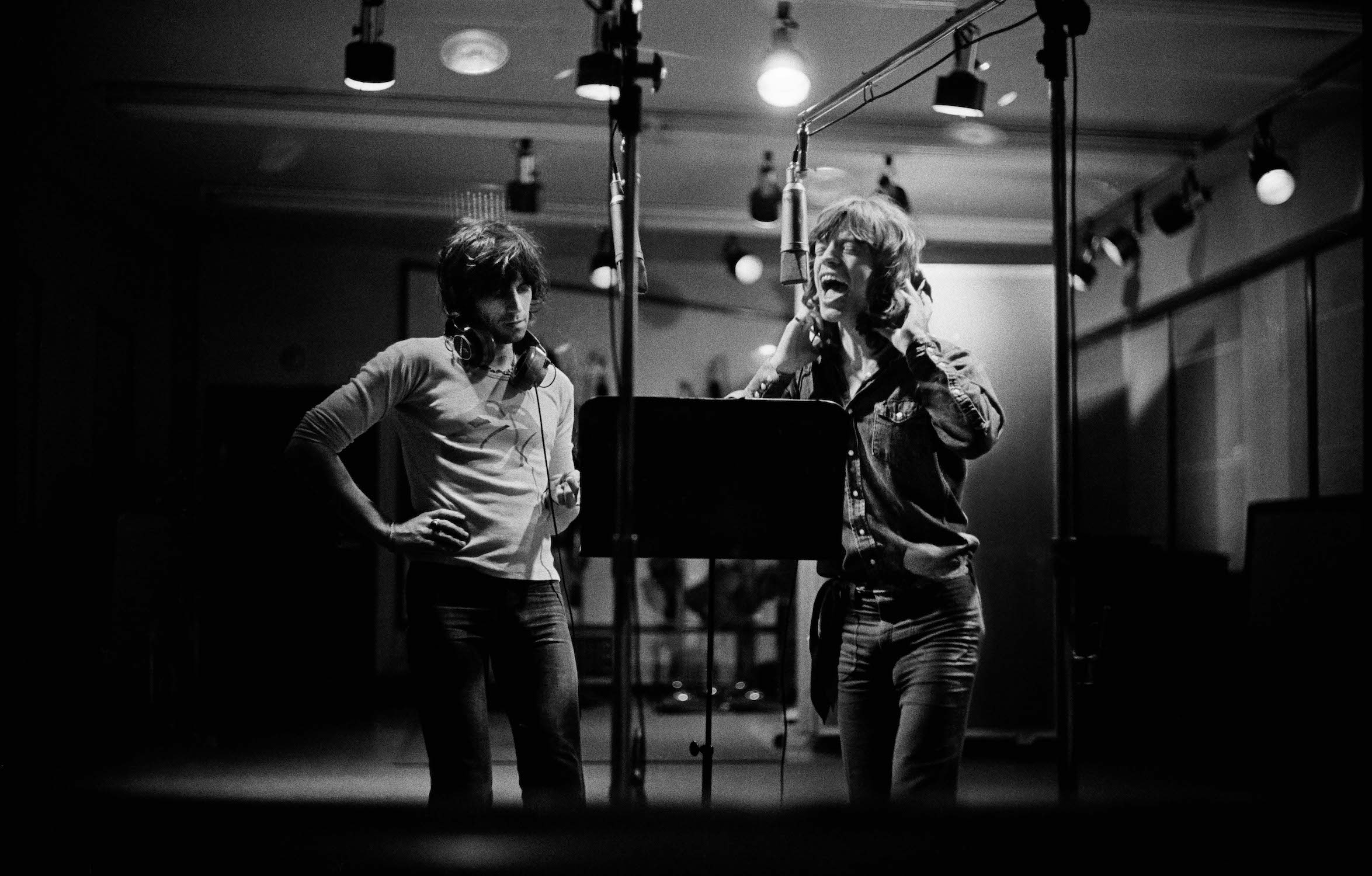 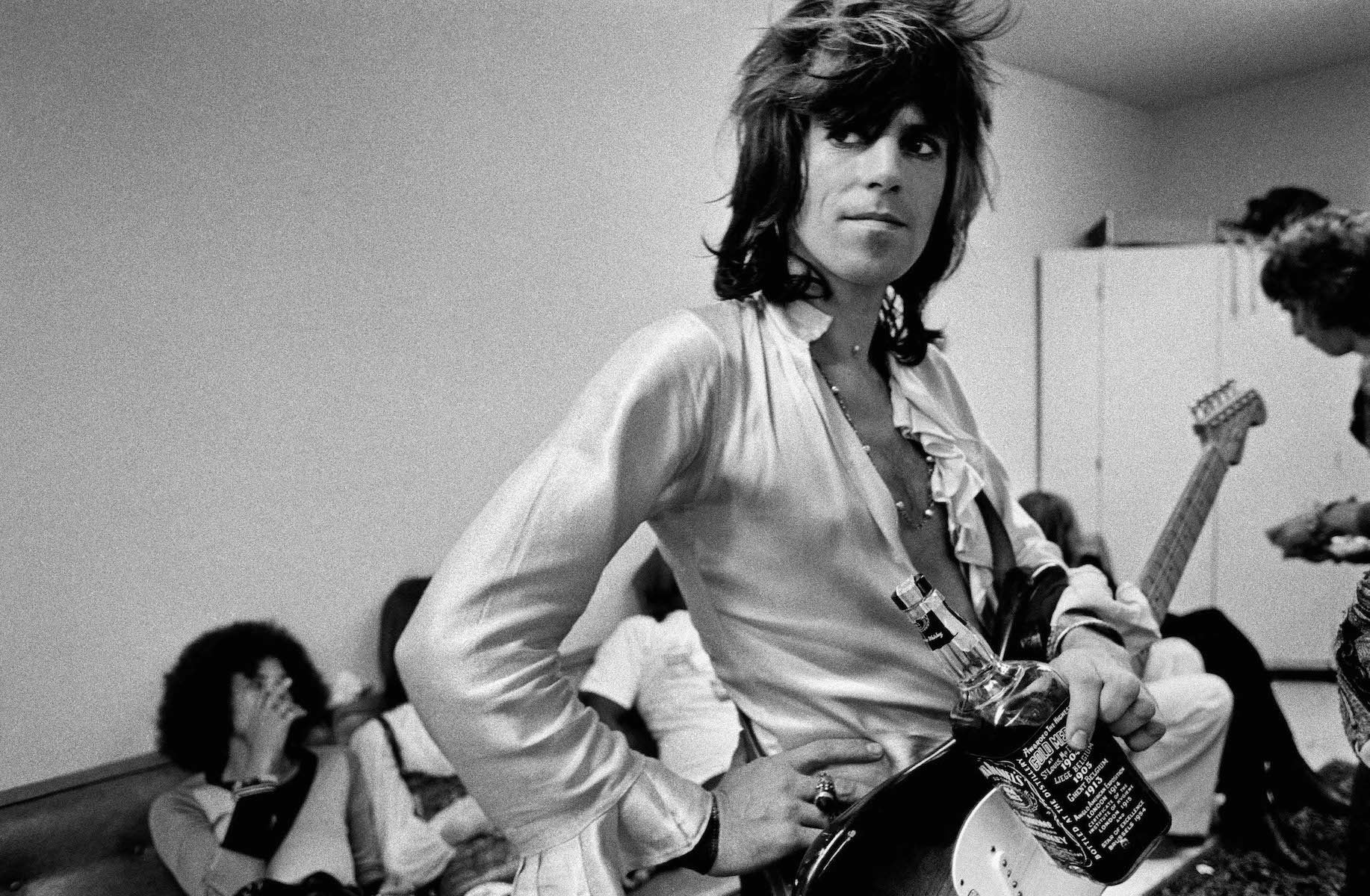 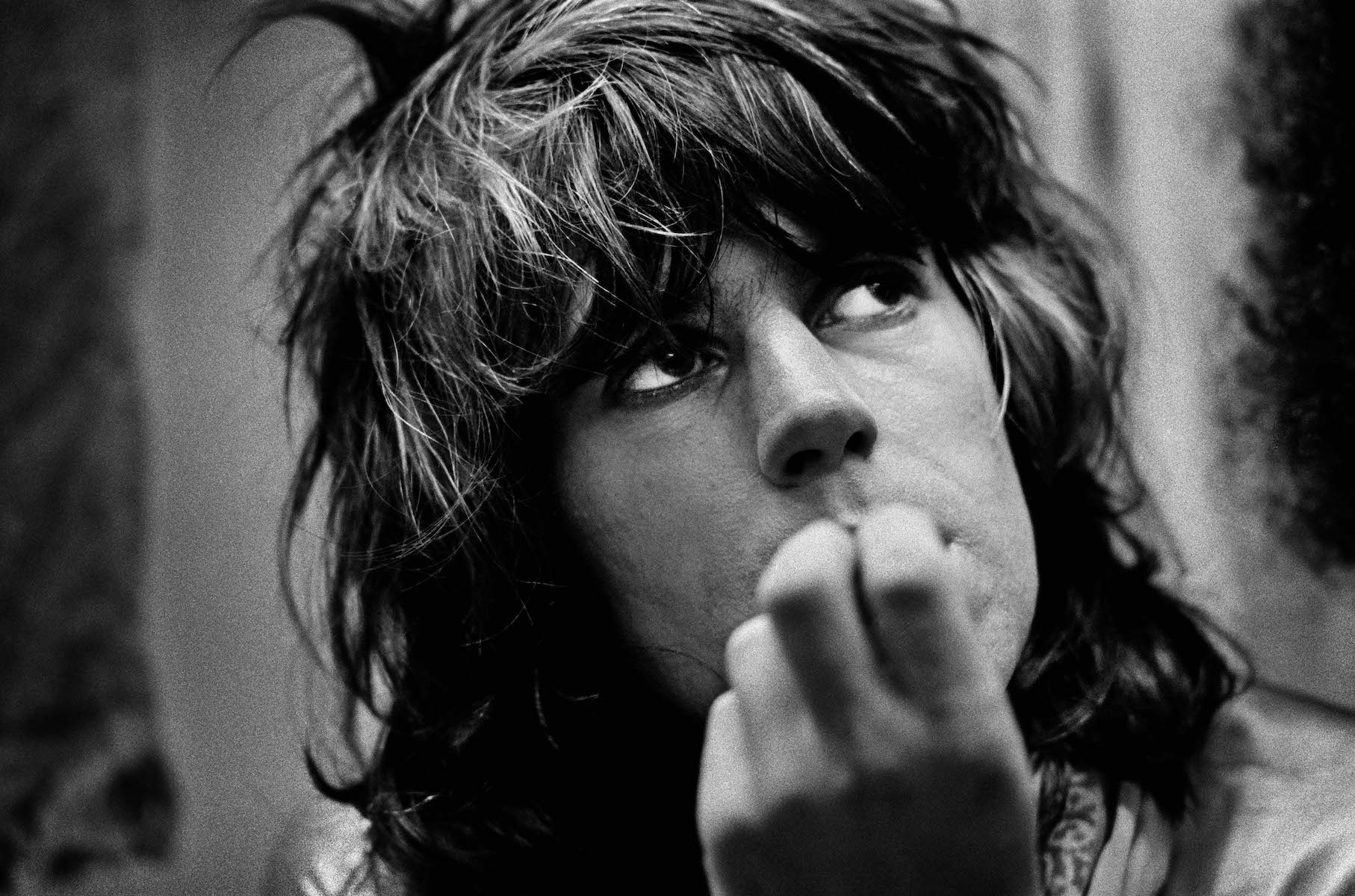 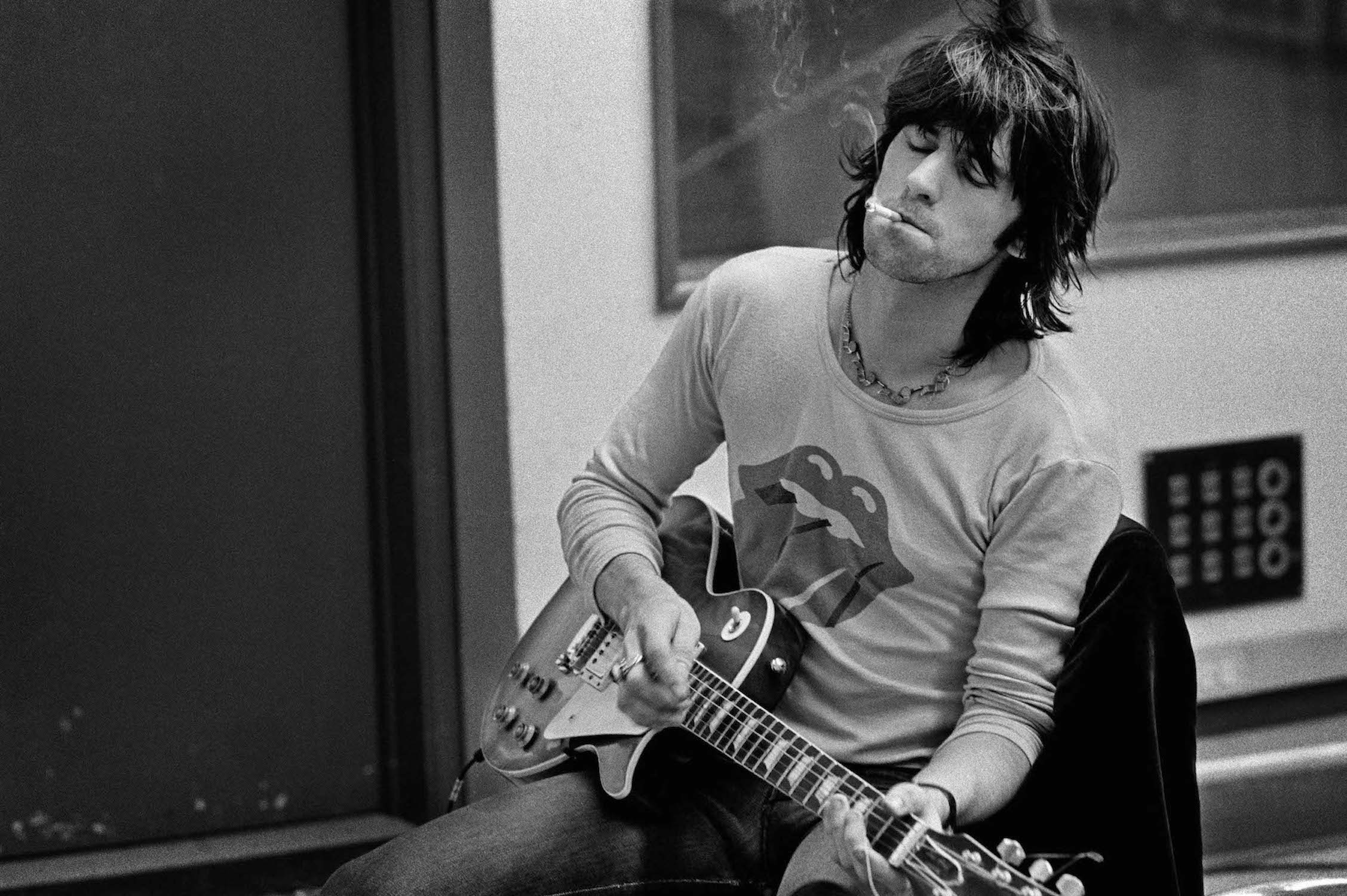 The Rolling Stones 1972 is out now on Chronicle.

Linkedin
RELATED ARTICLES
OTHER ARTICLES
Over a dozen Stop Deportation activists locked themselves to each other outside a detention centre to prevent coaches taking those due to be on the Rwanda deportation flight from leaving.
Proposals to introduce a minimum GCSE threshold for student loans will disproportionately affect those from marginalised backgrounds.
In the latest instalment of Photographers in Conversation, the chronicler of raves, protests and beyond explains why he’s drawn to such specifically visceral environments.
Photographer Arthur Grace recalls travelling through the Soviet Bloc and finding ways to evade the surveillance of his work.
The singer-songwriter discusses her intimate new project – and the advice she’s picked up across a career as one of rock’s leading voices.
Photographer David Hoffman recalls documenting the extreme wealth inequality around Tower Hamlets and Hackney int the 1980s.