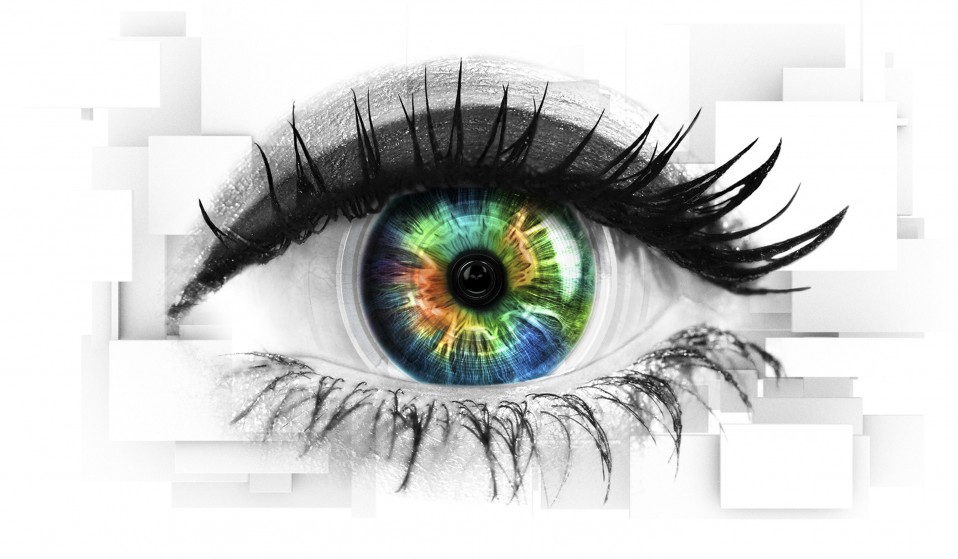 The conversations about gender and sexuality being shown on our CBB screens are more nuanced and mature than in the pages of our national papers.

Scoff away as much as you wish, but the conversations about gender and sexuality being shown on our #CBB screens are more nuanced and mature than in the pages of our national papers.

Inked pages and scrolling screens of news have proven to be unreliable communicators when it comes to sexuality and gender. They’re prone to hysteria, with no light or shade, eschewing common sense and human experience in favour of fear and false equivalence. Our society of extremes, where opinions are depressingly binary, makes it hard to remember LGBTQ+ people are not a heaving, rainbow-tinged homogeneous mass, out to get straight and/or cisgender people as The Times might have you believe. So where should one turn for an intelligent view with no obvious heroes or villains? Well, you could do a lot worse than reality TV.

Celebrity Big Brother redefined our perceptions of the celebrity circuit. From Vanessa Feltz’s spirited desecration of a table to George Galloway’s stomach-churning feline role-play, never before had we seen tabloid regulars or washed-up stars in such close quarters, insecurities exposed. Sure, watercooler moments and meaningful relationships gave way to showmances and catfighting over the years, and public appetite for the show continues to fluctuate between full-on gorge and post-Christmas juice cleanse, but the king of reality shows still has something to say.

Introducing an all-female lineup this year only to shatter their peace three days later by chucking in a load of men might seem a gimmick to cause conflict, but it’s resulted in a series of nuanced and intimate conversations and clashes which have sexuality, gender, and personality, at their heart.

Housemate India Willoughby has been upfront about her experience as a trans woman, living the first 50 years of her life in an existence she felt she didn’t own, and laying bare her history, fears for the future and prejudices she experiences. At first, she was encouraged and congratulated by housemates for her journey and candour, but it’s been interesting – though not remotely surprising – to see other housemates tire of her complaining or pointing out any slip in their woke credentials. 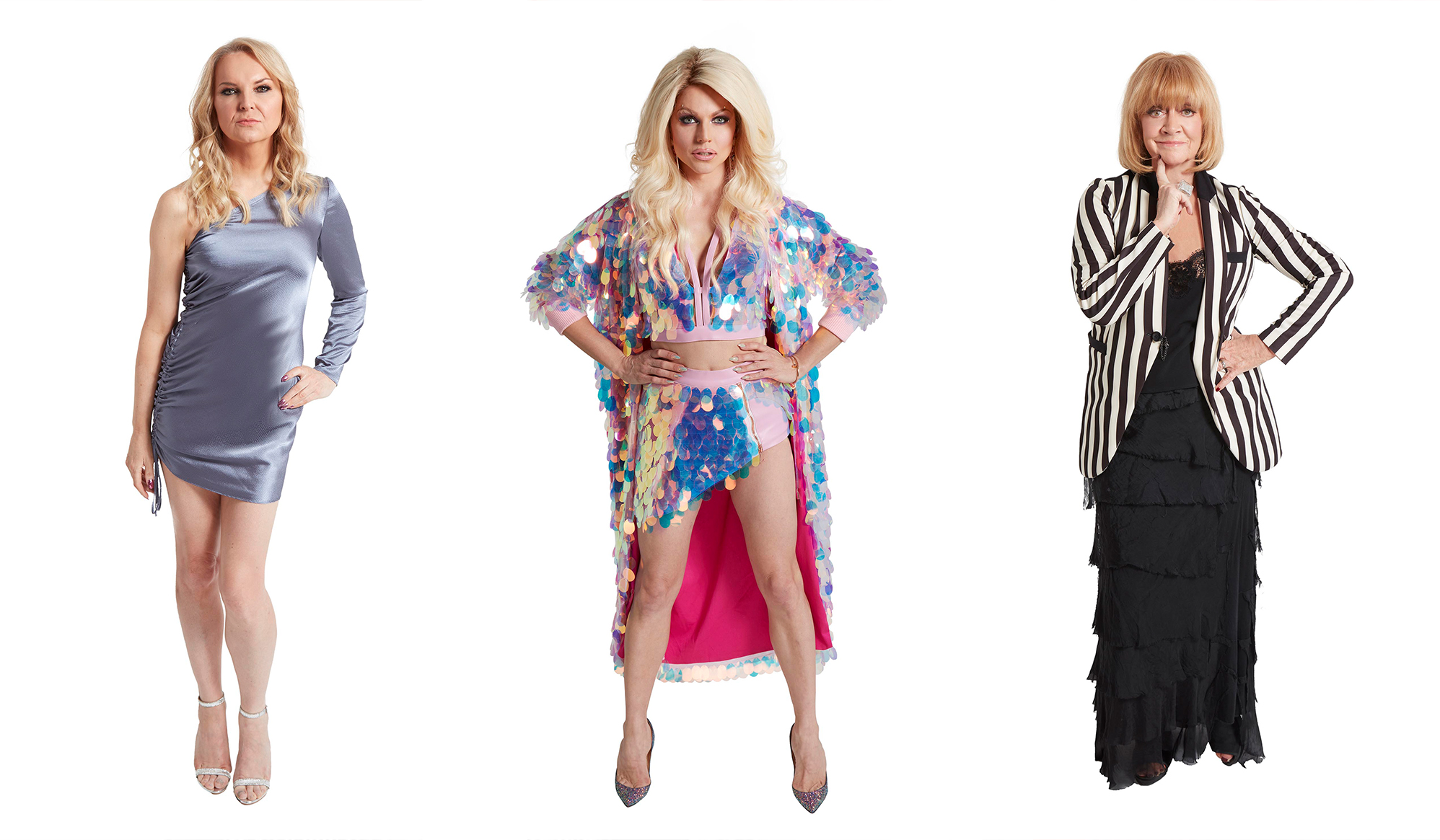 When misgendered, she refused to accept bisexual actress Amanda Barrie’s apology, offered through stifled laughter. When some male contestants stated they wouldn’t date a trans woman, she objected, and was quickly labelled a victim by Kardashian cohort Malika – but only to her retreating back.

Hours later, Malika took India aside and told her she only wanted her to have a good time, but the meaning of this bogus pep talk was clear, and a reasoning often heard by LGBTQ+ people: “Look, we’ll tolerate you complaining once, but you’re becoming a buzzkill”.

It doesn’t help, of course, that India isn’t an instantly likeable character. LGBTQ+ people historically have had to perform a role, or make themselves palatable, to elicit any empathy; expectations on us are high and the groundwork is often our responsibility. India, however, is just a person. She lashes out, and she’s not always rational, but while it might make her housemates feel more comfortable, she’s under no obligation to be play nice. This itself  is useful to remind viewers that its not only the lovable who suffer intolerance – it can happen to anyone, whatever their personality. It doesn’t mean they deserve it.

For anyone who doesn’t have to think about it, gender and sexuality are fairly binary matters. Celebrity Big Brother however, is offering the opportunity for much more nuanced, sophisticated takes than the audience might find elsewhere. Only a week in, we’ve seen soccer legend John Barnes evenly discuss gay footballers and homophobia in sport, and watched a measured disagreement over marriage equality, where retired MP Ann Widdecombe trotted out dated clichés, while fellow housemates – including RuPaul’s Drag Race star Courtney Act – dismantled her arguments with kindness and precision.

Courtney Act’s inclusion in the house could be the reason usually incendiary topics have remained, on the whole, calm and compassionate. Courtney’s alter ego, genderqueer Shane Jenek chose, I assume, to enter the house alongside the male contestants, but did so in full regalia – tucked, plucked and effervescent –  and even suffered a few wardrobe malfunctions en route. Another eye-opener for the people at home.

Jenek, who uses “she/her” when in drag and “he/his” out of it, talks frankly about his sexual experiences with ostensibly heterosexual men, their reaction to his genitals, and his gender expression. India, too, talks openly about sex, and how she prefers the way an orgasm feels now compared with previous sexual experiences. It’s rare to see LGBTQ+ people to talk about sex this way on TV – it’s usually either a cheap curiosity for straight people or made sterile or sexless, again, for straight people, to stop them feeling awkward.

The glare of Big Brother also helps explain the complex relationships between people in the LGBTQ+ community, most notably between trans woman India and genderqueer drag artist Shane, who tried to suggest India had benefited from years of LGBTQ+ campaigning. India, who’s never considered herself anything but a straight woman, can’t relate and insists it’s nothing to do with her. This kind of discussion would be lost among the noise in the mainstream media, but is allowed to play out calmly and naturally in this hyper-real haven. “We know a lot of people just see us the same and we both know that’s completely incorrect,” said Shane. The sound of pennies dropping across the country was, I hope, deafening.

India’s feelings about drag, which she describes as a phobia, has led to interesting, heartfelt discussions and a mutual respect between her and Jenek. Things took a turn, however, when heterosexual – get self-confessed “camp as fuck” – Andrew, asked Shane to drag him up. It was sweet in a way, to see Andrew realise there’s more to drag than smashing headfirst into a truckful of glitter, but India retreated to bed until Andrew was back into his civvies.

When explaining herself, India again found her concerns were on a meter, and her housemates weren’t prepared to stump up the coins. A number of her female housemates refused to engage as India talked about her gender dysphoria and why a man dressing on drag and inviting laughter freaks her out. It made her question whether her male housemates saw her as a woman – again – and Andrew ended up doing what straight people tend to do in a situation where they think one apology is all it takes: he walked away and said he was being “victimised”.

Big Brother’s shtick is that there’s nowhere to hide, and the beauty of this is attitudes to gender and sexuality are exposed – not only through India, Amanda and Shane’s experiences, but the reactions of those who usually never think about this stuff. As repetitive and seemingly inconclusive as these arguments can be, where else are they happening? Which mainstream journalists out there are considering the plethora of views and possible eventualities.

Beyond mockery over increasingly long acronyms and eye-rolling air quotes, who’s talking to the masses about gender fluidity, labels and sexual identity? Very few. All the revelations are coming from celebs in a car park in Elstree studios, and perhaps they will encourage sensible discussions on sofas and at kitchen tables across the country.

Those who choose to communicate using red flags like “legitimate concerns” and “protection of our children” would likely scoff at the idea of a reality TV show still having something to say about society in 2018. But if you put aside your snobbery and reluctance to accept most of the country you live doesn’t think or behave like you, shows like Celebrity Big Brother can he hugely illuminating, and for the good.

Whether you’re repulsed, despairing or secretly titillated, you’ll at least learn something about the world that your newspaper columnist doesn’t have the energy to tell you. The world is a window, not a mirror – open it, gaze out in wonder. Watch.

Linkedin
RELATED ARTICLES
OTHER ARTICLES
After building his reputation covering the US civil rights movement in the 1960s, the photographer went on to produce some of the most enduring images of the past century.
The action took place in response to the 200 asylum-seeking children who were placed in hotels run by the Home Office who have gone missing.
Tristan O’Neill’s shots of dancers caught in moments of reverie at the height of rave’s golden age are a testament to the UK’s legendary club culture.
Theo McInnes’s photos of the annual event provide an intriguing snapshot of contemporary Britain.
Since 2007, Gideon Mendel has made 20 trips to document floods in 13 countries. The result is an alarming record of what has already been lost to the climate emergency.
As she gears up for the release of her first book, the 24-year-old climate activist talks standing up to authority and building a more inclusive movement.