There is bread and then there is real bread. In a corner of London Fields that is forever Copenhagen, Christoffer Hruskova makes the second kind.

There is bread and there is real bread. In a corner of London Fields that is forever Copenhagen, Christoffer Hruskova makes the second kind. This is how he does it.

“Working in a Danish way is to me all about focussing on quality,” says Christoffer Hruskova. “It’s also about bringing some personality to what you are doing, and approaching things with an open mind and a sense of freedom.”

Chris is a Michelin Star chef and proprietor of The Bread Station. Located beneath a railway arch off London Fields in Hackney, this beautiful bakery couldn’t feel more London.

There are kids messing about on jacked Boris Bikes bored on their school holidays; there are whippet walkers with flat whites.

The soundtrack is the periodic rumble of the Overground interspersed grime from the window of a German whip. But because of the way the bakers here approach their work, this is a corner of a foreign field that is forever Denmark.

“I left Copenhagen in 1998 to travel the world as a chef, and my last stop was London. Nineteen years later, I’m still here,” says Chris. “The diversity and energy of London is incredible — but hopefully I can bring a measure of something different to what we do here. It’s all about simplicity.” 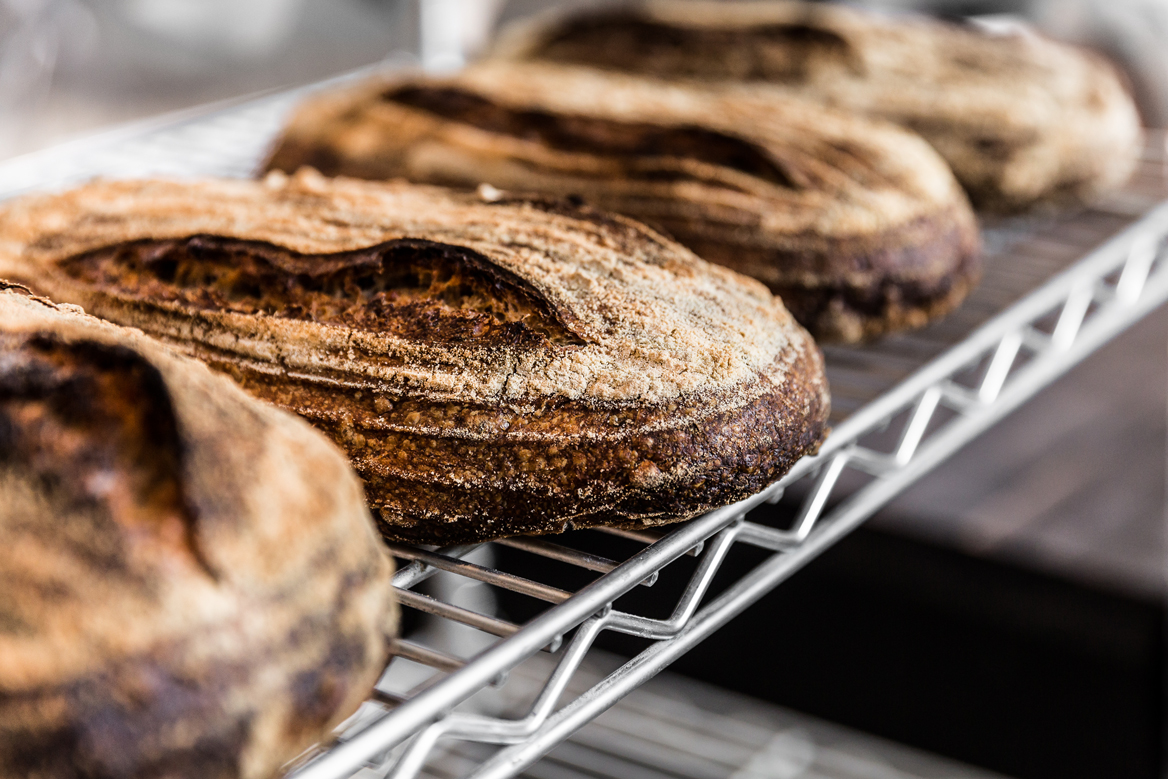 After a couple of decades working the machinations of the higher end of the catering trade, Chris wanted to bring the stripped-back straightforwardness of good baking to his adopted home. “It was all about getting back to just three natural ingredients,” he says.

There is a workmanlike irreverence to Chris’s personality that chimes perfectly with the attitude and aesthetic of his adopted home. “When I went to catering school I had this choice between becoming a butcher or a chef,” he says. “I chose to be a chef because the teacher was swearing, smoking cigarettes and we had no homework. I fell in love straight away!” 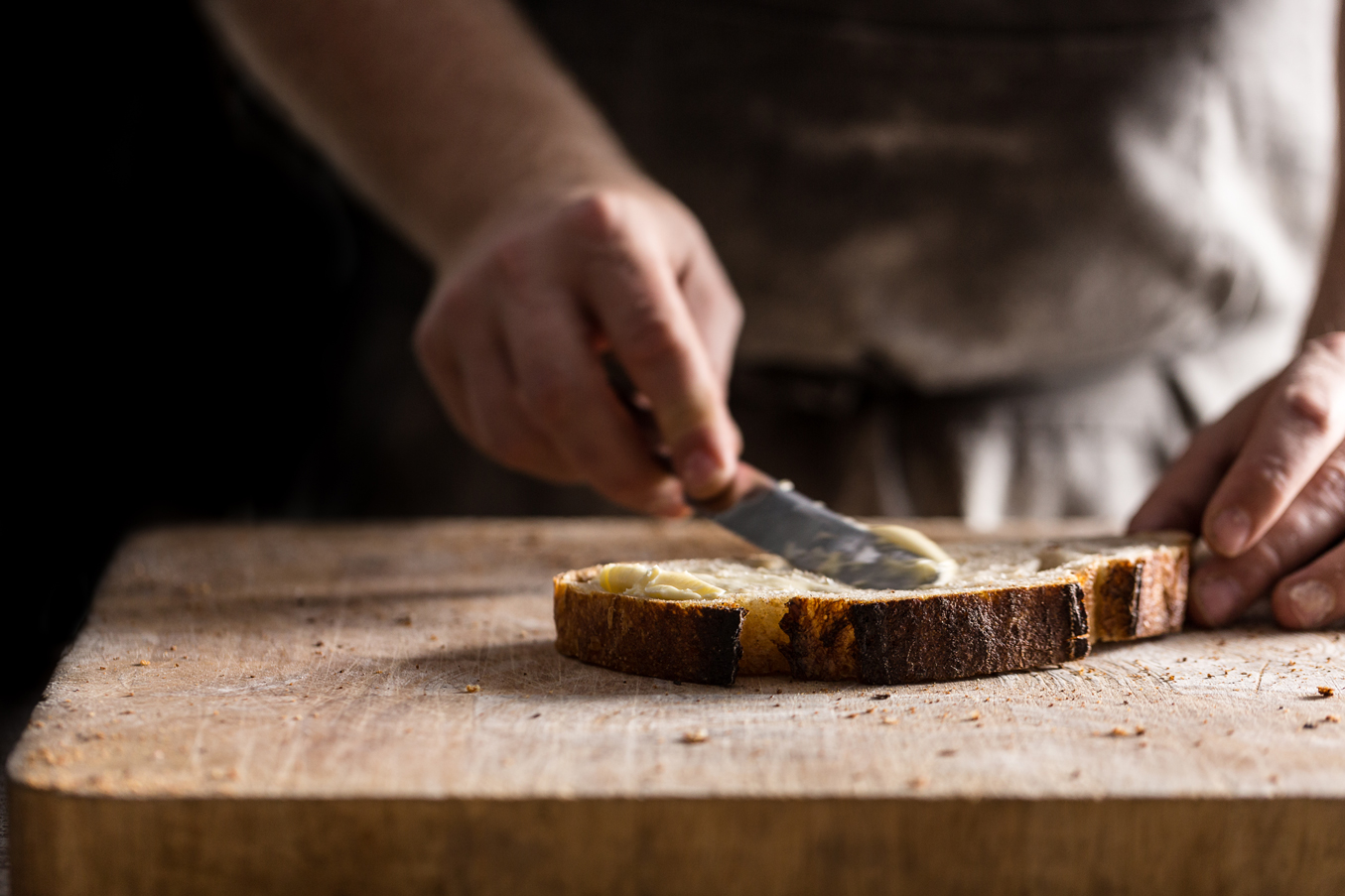 Though baking good bread is, compared to dealing with the complexities of fully resourced high-end restaurants, a relatively simple business, that doesn’t mean it isn’t hard work and long hours.

“I wanted to get back to baking and I adore what I do,” Chris tells me. “If you didn’t enjoy the process of making bread, it would be crazy to work 16 hours in a single day to do it.” 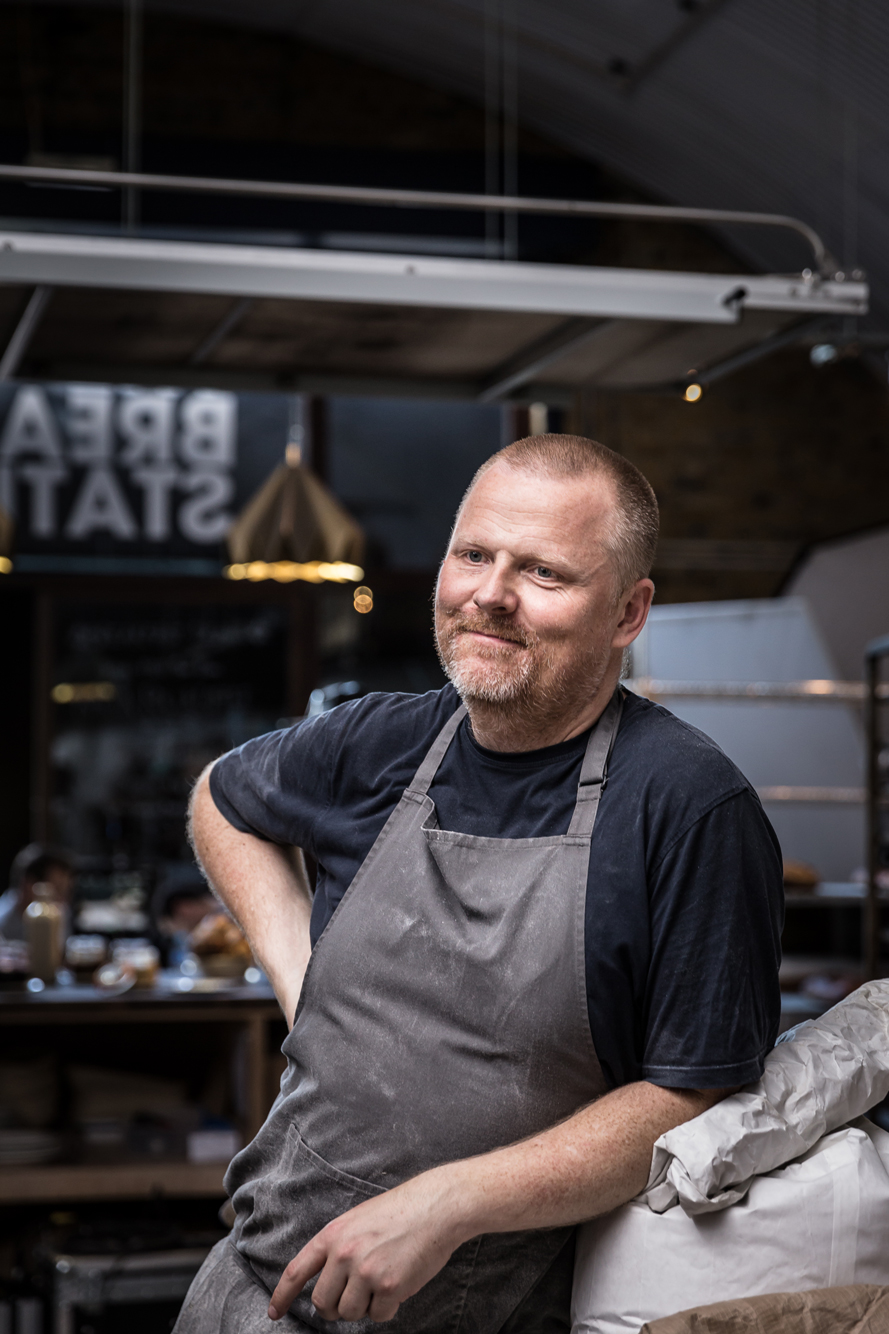 Chris and the team use biga to make their bread, which is a type of self-fermentation process using just rye and water, so there is no yeast involved.

The biga process refers to the type of baking that was done at the very beginning of culinary culture — and was practised as far back as the early classical period.

“It’s a very drawn out way of working. The dough takes nearly twenty hours to rise before it is baked,” he says. “It involves a lot of patience and faith in the process — but it is an amazing privilege to be able to make such a superb product out of flour, water and salt. I find it a joy every time I do it.”

London Fields is probably as close to Ground Zero of the clean eating, gluten-free diet obsession as it’s possible to be. Christoffer cuts through this noise with a typically Danish sense of purpose. 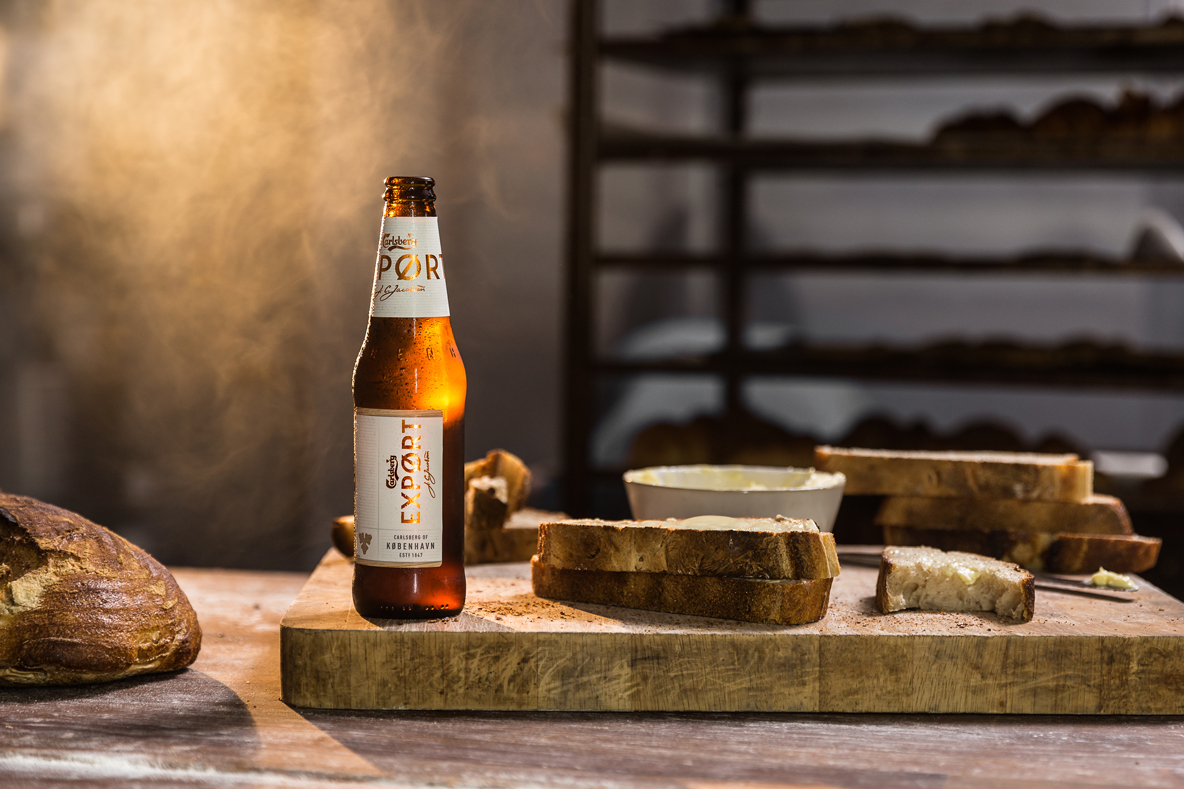 This refreshingly no-nonsense approach is typically Danish. And it’s one that Chris recognises in himself. “Danes can be a little reserved at first,” he says.

“But when you get to know them, they speak their minds. My simple motivation is to make a great product that I can be truly proud of. And I would like to share that pride with the people around me.”

Linkedin
RELATED ARTICLES
OTHER ARTICLES
Tristan O’Neill’s shots of dancers caught in moments of reverie at the height of rave’s golden age are a testament to the UK’s legendary club culture.
A recent High Court ruling against the right to wild camp in Dartmoor National Park sparked the largest land protest in history – and campaigners say their fight is not over yet.
After building his reputation covering the US civil rights movement in the 1960s, the photographer went on to produce some of the most enduring images of the past century.
Social prescribing connects people with non-medical support to improve their health and wellbeing – but some experts worry it’s just a stick plaster solution.
The action took place in response to the 200 asylum-seeking children who were placed in hotels run by the Home Office who have gone missing.
A new exhibitions brings together the work of photographers who documented the deep unrest of these pivotal decades.