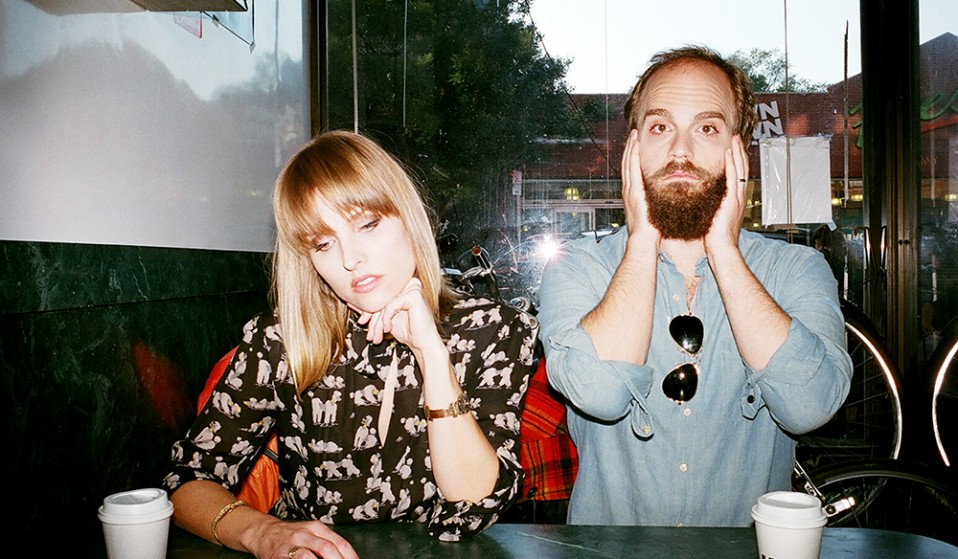 Ben Sinclair and Katja Blichfield are the masterminds behind the web series High Maintenance, about a New York pot dealer and his eccentric, generally unhinged clientele.

Ben Sinclair and Katja Blichfield are the masterminds behind the web series High Maintenance, about a New York pot dealer and his eccentric, generally unhinged clientele. A runaway success on Vimeo, their own HBO series is coming in 2016.

The way we’re watching TV has changed, thanks to a kind of technological coup. As movie stars cultivate a new respect for the form, veering towards series delivered on-demand (see True Detective, House of Cards and more), and teens turn to YouTube for their daily hits, everyone’s trying to figure out how to make it in this new world. But it also means more first-timers are getting air-time and production companies are taking bigger chances than ever before. And if you don’t get your big break, you can craft one for yourself. That’s exactly what husband and wife duo Ben Sinclair and Katja Blichfield did when they embarked on their DIY web series, High Maintenance.

Using their own money to create the first show back in 2012, early episodes were free. But when the show proved popular Vimeo stepped in with funding, charging a small subscription fee and championing High Maintenance as their first original series. The show follows a nameless marijuana deliveryman called ‘The Guy’ as he delivers his product to a variety of weird and wonderful characters across New York City. “It’s kind of unclear, the exact moment of conception, but it did involve Katja and I trying to figure out an open-jawed kind of a story where we could cycle a bunch of actors through an action that took place in real time,” explains Ben. “I remember riding around on our bikes and thinking how cinematic that could be.” 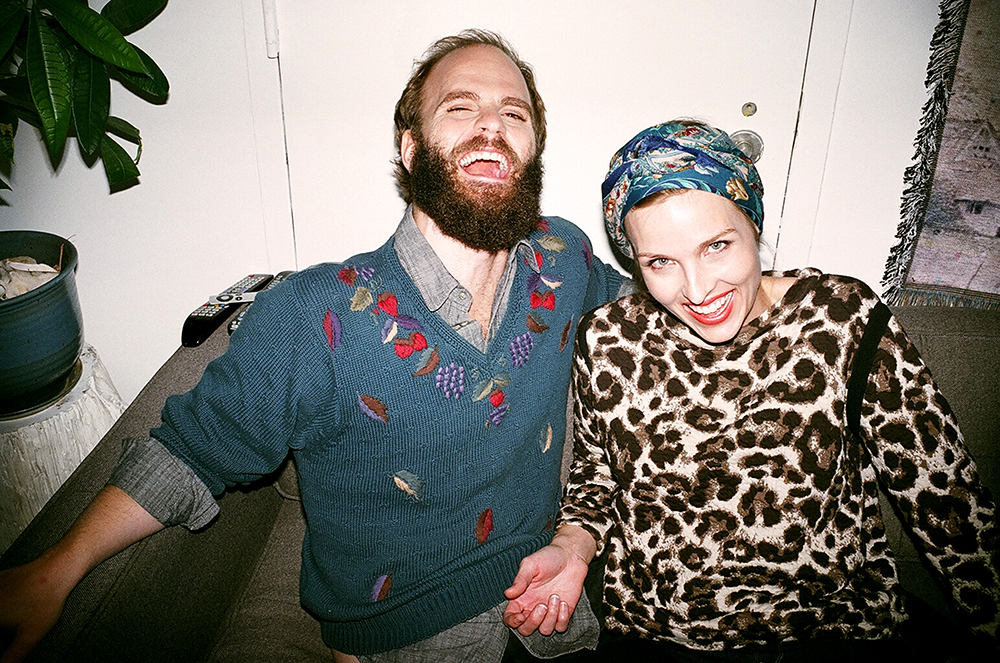 With early episodes clocking in at under five minutes each, the pair were convinced they could keep their audience interested with longer shows, despite what the ‘web rules’ say. Recent episodes clock in at a cool twenty minutes. “Every time we’re asking for a little bit more time from our audience, because it’s really fun to craft stories and really difficult to craft super short stories that are both fulfilling and make sense, you know?” Ben continues. “A lot of magical stuff happens on set and if we just cut it all out just because we thought that there was some notion that no one wanted to watch more than five minutes it would be a real shame.”

Inviting their sister-in-law to play a lead role, and a string of other friends to produce behind the scenes, Ben and Katja have found themselves at the centre of a creative commune. “I think the ultimate goal for us was to acquire some sort of compound where we can woo people to create things with us in some beautiful setting; a group of talented people who we really like, who like to hang out together and live alongside each other,” continues Ben. “I think that’s our goal and that this show is definitely a microcosm of that goal. Every time someone comes into the High Maintenance family – and it’s a little different now than it used to be, because a lot of people now know about the show – it did feel like this ‘you’re with us now’ kind of feeling. We hope to continue that feeling.” 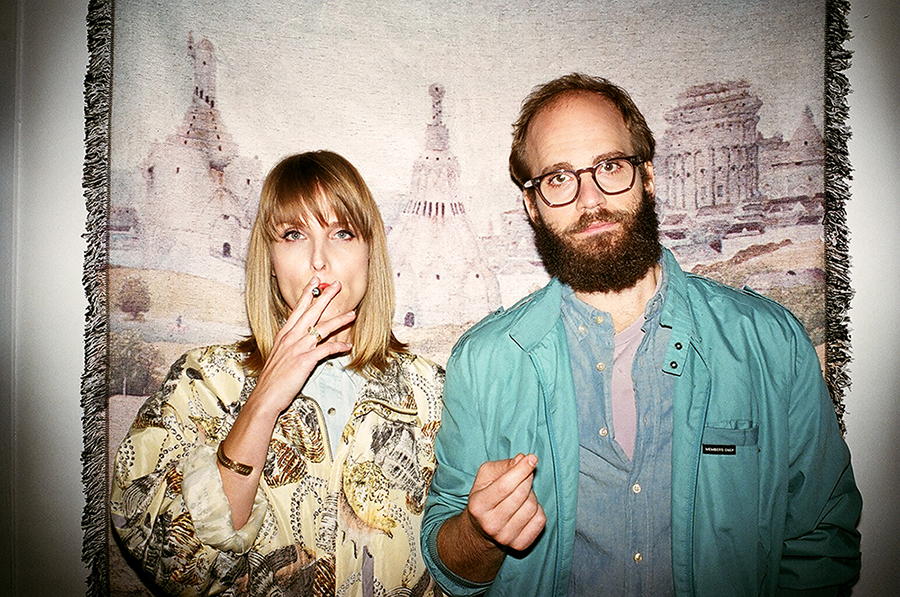 The duo have had to make some tough decisions along the way, some of which they wholly regret. “Your first gut reaction is the correct one,” offers Ben. “Yeah, they were mostly based on advice from people who might not know us that well or based on what seems to be the general tact for most people,” continues Katja. “Our gut reaction would be at odds with that and we would choose to go with the more tried and true path because that’s what people around us are saying and then come to regret it. That’s been huge for us.”

Katja is keen to emphasise the importance of internships when entering the creative field, having worked with 30 Rock and Sex and The City producer Jennifer McNamara. “It paid off so immensely. I would not be where I am had I not taken that unpaid internship.” Ben on the other hand didn’t go down the internship path, which he’s come to regret. “I wish I’d told myself to do an internship,” he confesses, broaching a thorny issue. “If you’re going to be creative, you have to work for free for more than a couple of years before you have the ‘right’ to make money.” 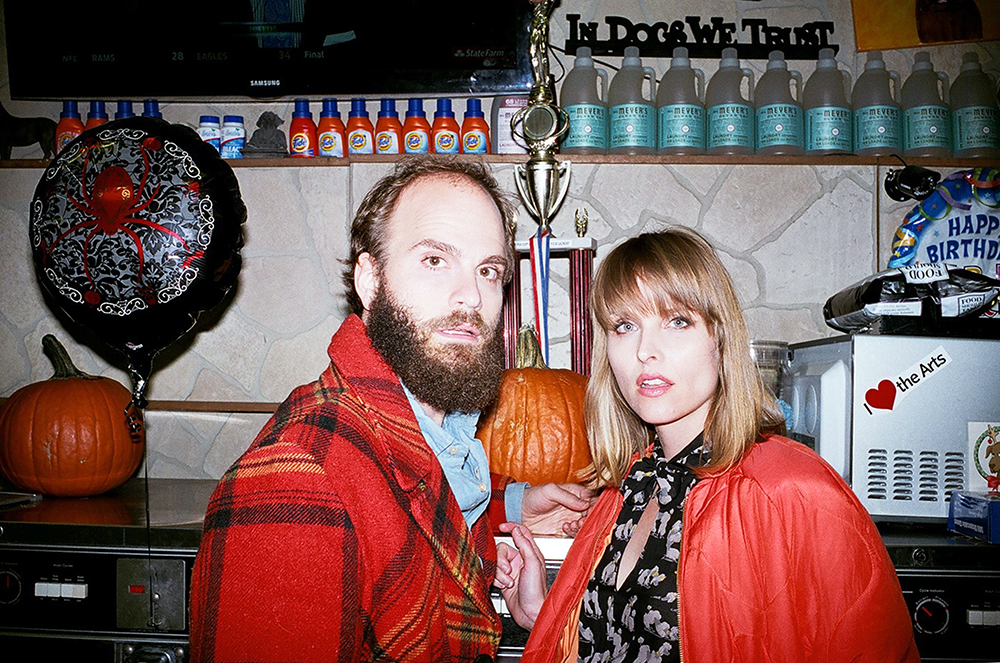 But there’s something even more important that everyone should bare in mind, whether they can afford to work for free or not. “I feel like there’s this prevailing feeling if you’re approaching something creative for the first time – there’s this sense that you need to check all of the boxes before you can even begin to press go on that project, and we have sort of learned you can really get bogged down in that process,” continues Katja. “You’re just never going to be able to check all the boxes, so you won’t be able to make anything in the end.”

“And sometimes, people make that check list because it prevents them from actually having to do the thing, because they’re afraid of failing,” adds Ben. “So just be honest with yourself – is this really because it’s a necessary thing to have in place, or are you just afraid of trying and failing?”

Linkedin
RELATED ARTICLES
OTHER ARTICLES
To mark the premiere of his new documentary on surfing giant Gerry Lopez, the filmmaker and former pro skateboarder sits down to share his unique brand of wisdom.
A young woman recounts her experience of being harassed by anti-choice campaigners as she was seeking an abortion in Glasgow.
In the latest instalment of Photographers in Conversation, the creator talks portraiture, platforms and taking inspiration from Little Simz.
Last week, Tower Hamlets council removed its nudity-restricting licensing conditions in a huge win for London’s kink community.
Tough fines and arrests for drug possession and supply is pushing festival-goers towards unsafe measures to consume or smuggle in their substances.
Following the release of his latest album, the rapper talks about finding a new approach to songwriting, attitudes to poverty, and why his music is more than a political statement.