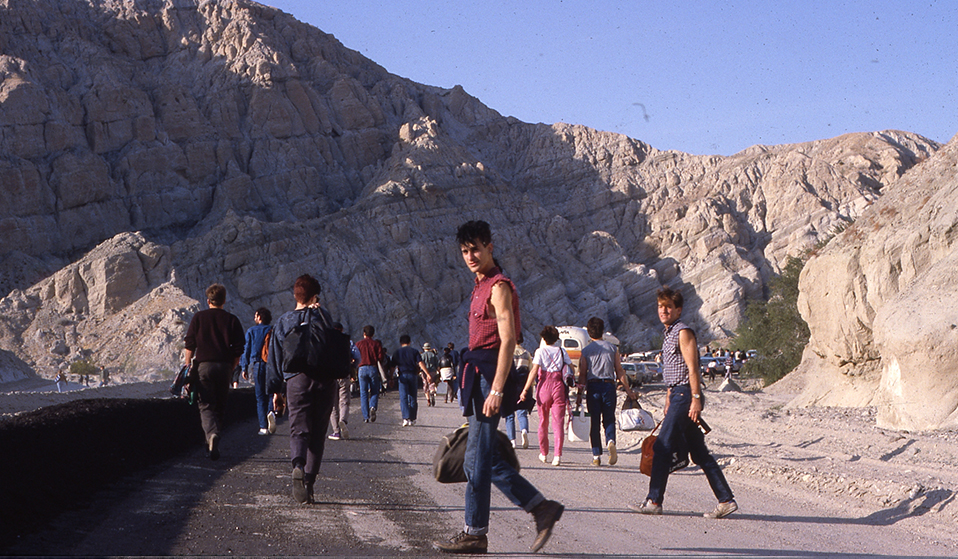 When a 20-year-old punk decided to put on a series of illegal shows in the desert, bands like Sonic Youth, Minutemen and the Meat Puppets agreed to play. Fans, meanwhile, boarded buses not knowing what to expect. The rest became music history.

Stuart Swezey is thinking about how to outdo the cops. It’s 1983 and he’s driving through the scorching heat of Mexico on a road trip with friends.

The stereo is blasting English post-punk groups like Wire and Magazine, as well as bands like Savage Republic from back home in LA. He stares out at the vast desert thinking about all the DIY punk gigs where police have either shut down the show or attacked the audience. Then an idea hits him: ‘Let’s move the shows out to the desert.’ 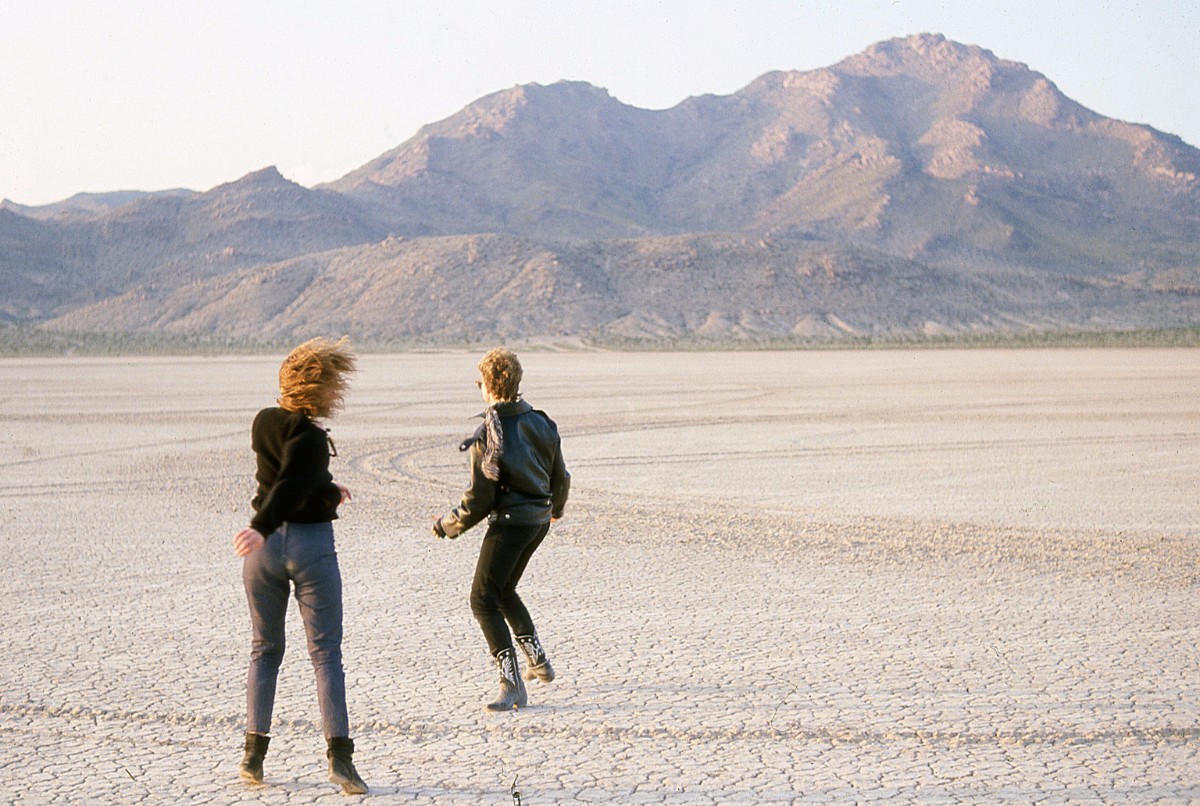 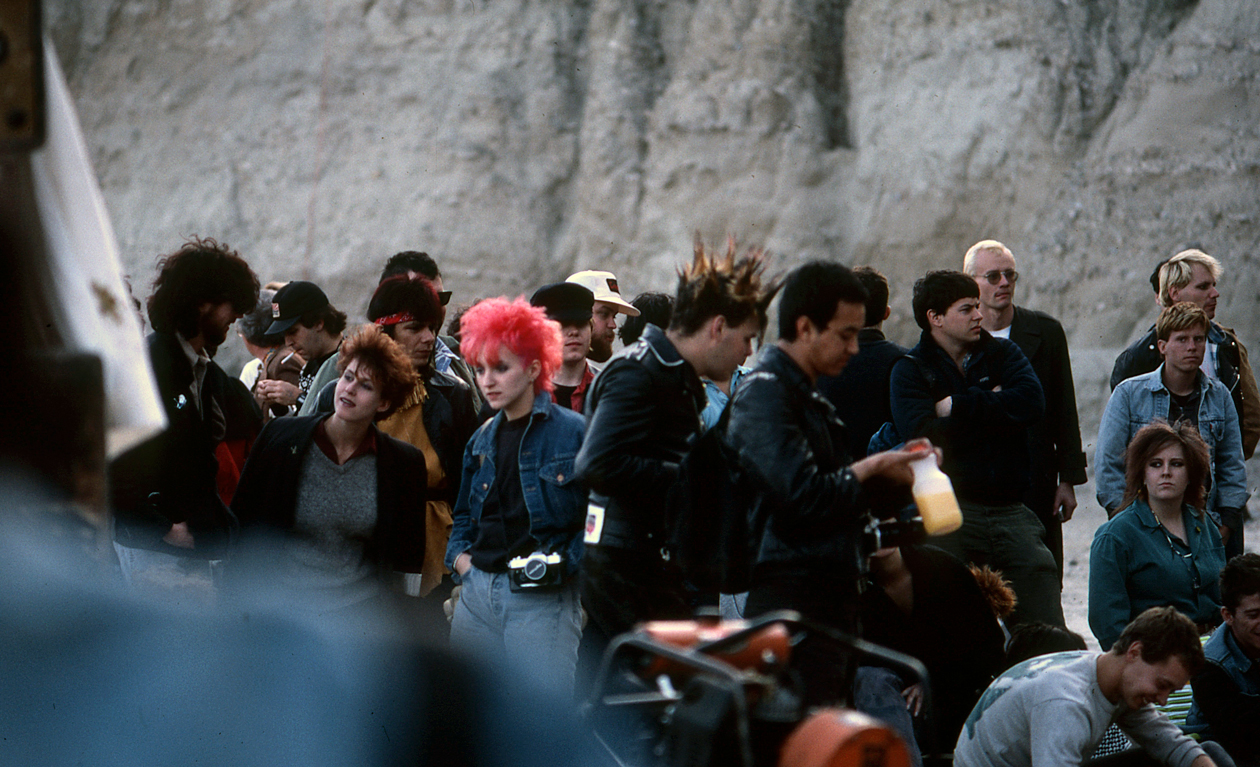 That sparked a series of gigs thrown together by a 20-year-old who knew nothing about organising events. Stuart wrote for fanzines and had been immersed in the punk rock scene since he was 16, but his day job saw him working for a brokerage firm.

Under the banner ‘Desolation Center’, however, these desert shows would go on to shape and influence marquee US music festivals, with Burning Man taking direct inspiration.

Stuart – who has just made a documentary about it all called Desolation Center – tracked down phone numbers for Savage Republic and Minutemen. Then he found a location in the Mojave Desert and started advertising $12 tickets via mailing lists and record stores. People bought them. 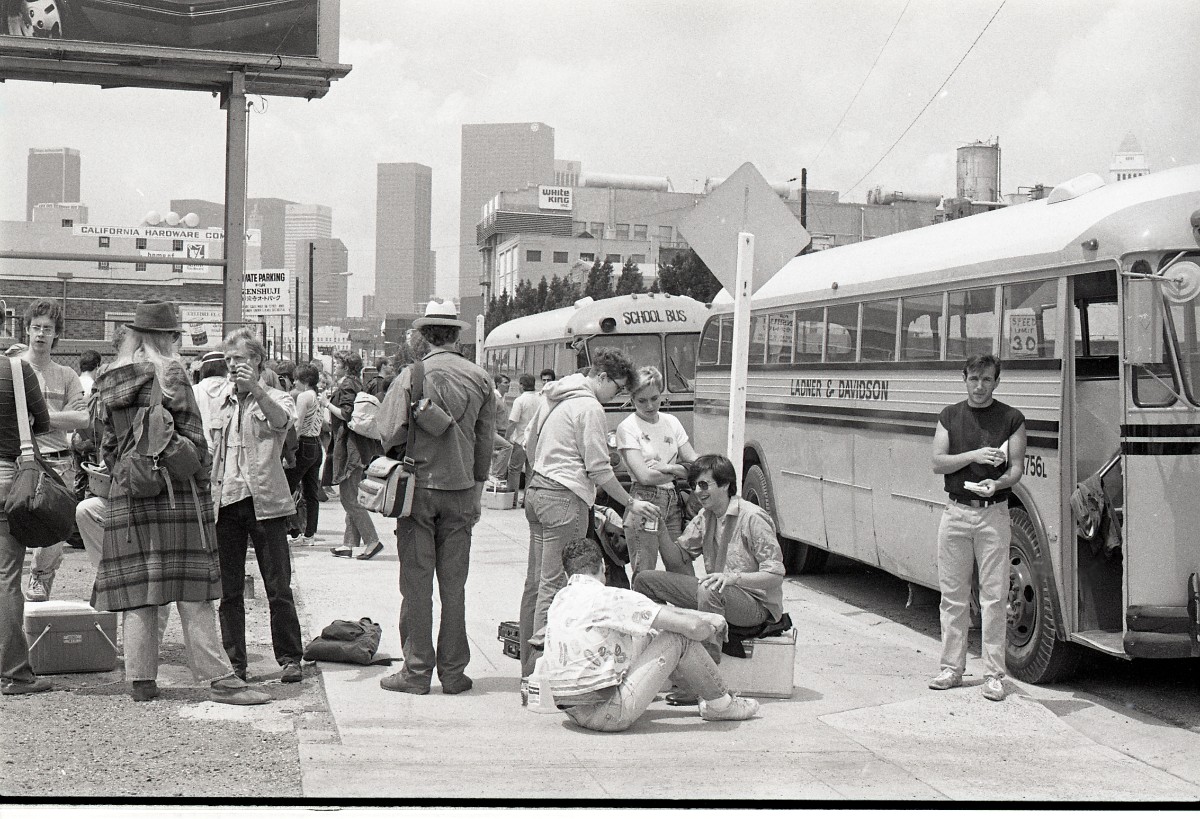 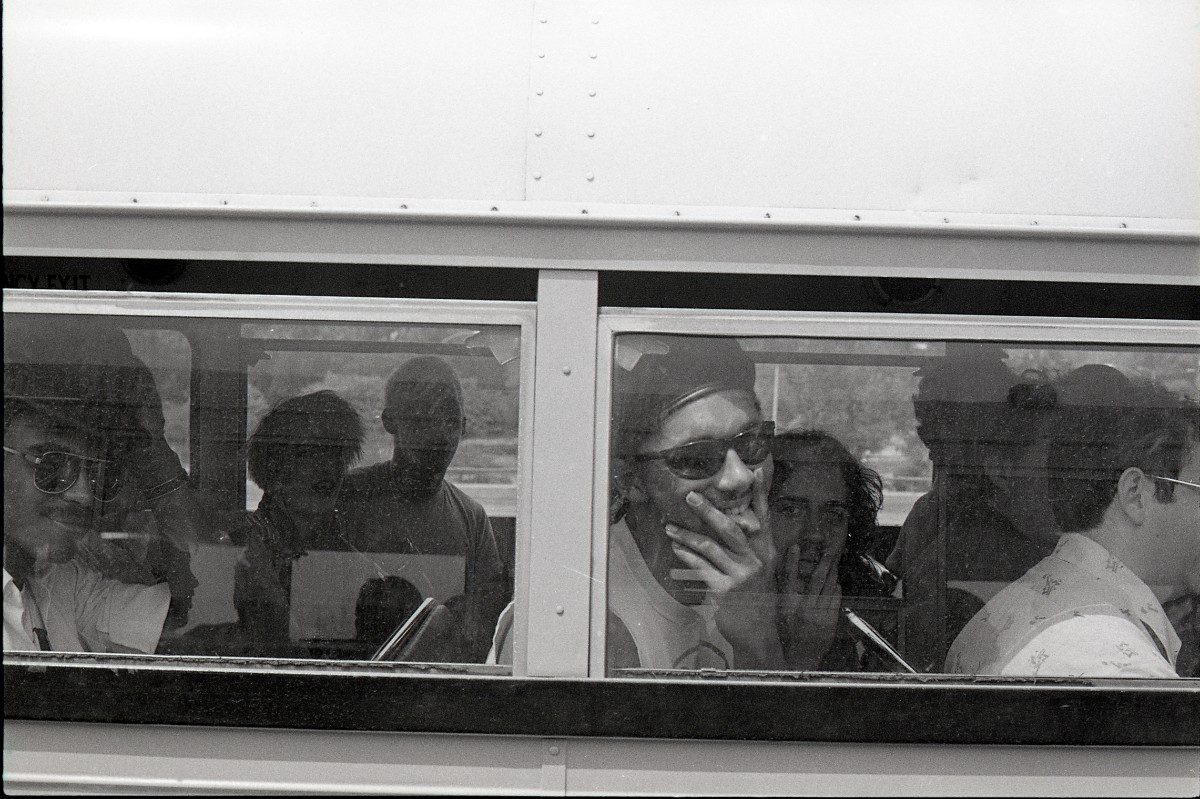 Before he knew it, rented school buses packed with fans made their way out to a dry lakebed for a show with no permits and no toilet facilities. There was nothing but a PA system, some bands and an enraptured feeling of “anything could happen”.

“We had to put socks on the microphones,” remembers Minutemen’s Mike Watt of trying to stop the sand distorting the sound. “We had sand in our teeth. I played with my eyes closed. It’s a miracle those shows came off at all.”

At one point, he adds, they had to syphon fuel out of a bus just to keep the generator going during their set. But the chaos and exhilaration of it all made it a success. 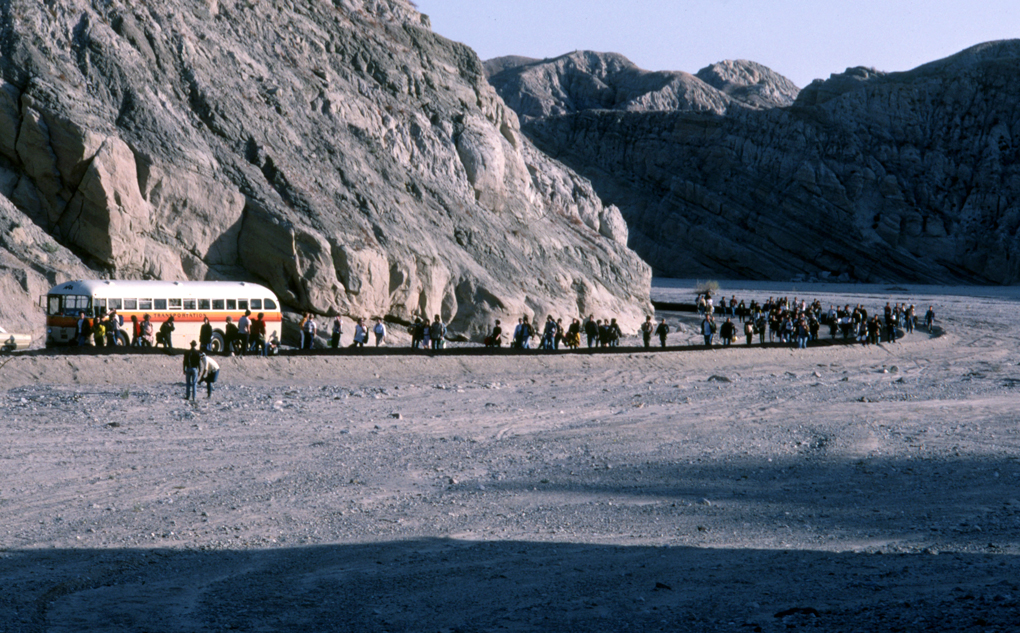 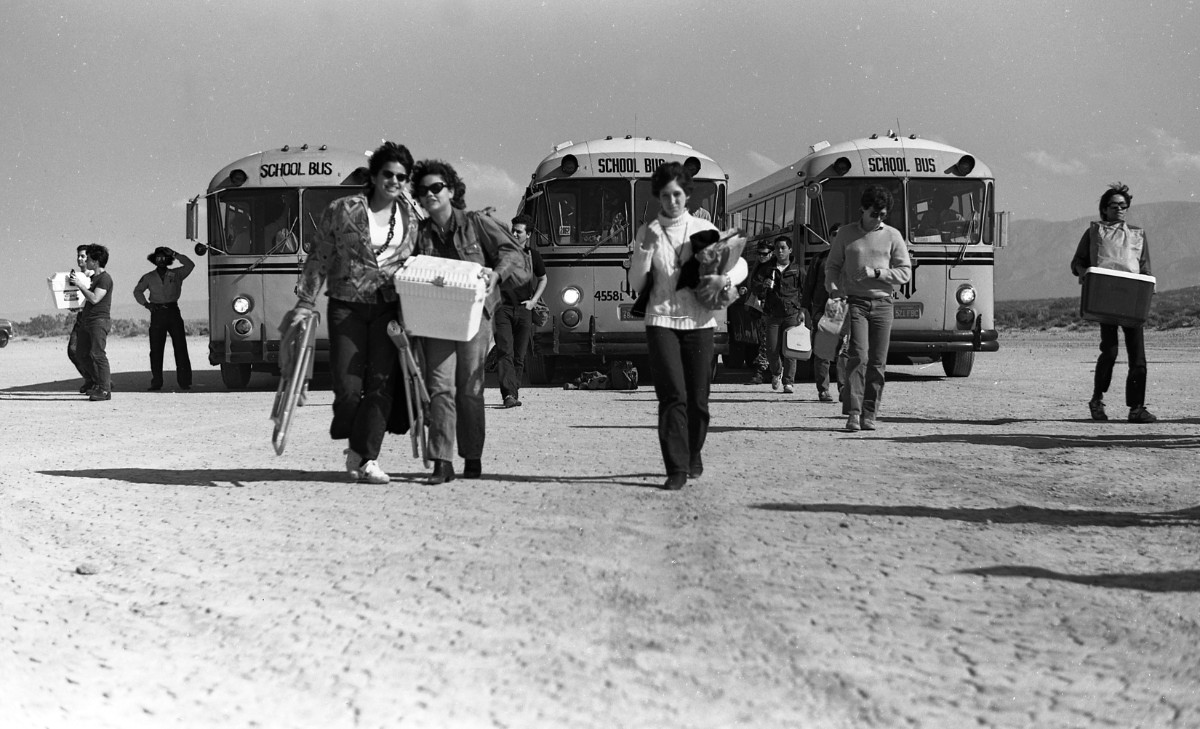 “I didn’t really think anything could go wrong,” says Stuart. “I was just so happy that the bands had agreed to do it, that my vision was happening and people were going along with it.”

A second show upped the stakes with a high-octane line-up. Art performance group Survival Research Laboratories were renowned for experimenting with explosives – founding member Mark Pauline had even blown the fingers off his own hand – while Berlin-based Einstürzende Neubauten incorporated power tools into their set.

“I remember going around construction sites with them in LA,” Stuart recalls. “They put on jump suits and walked onto the site like it was nothing to take all this sheet metal.” 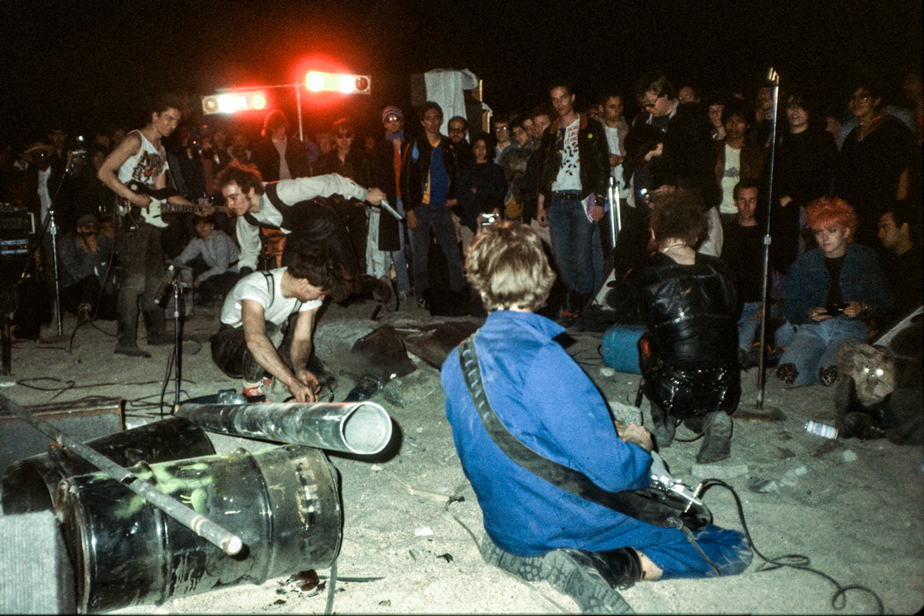 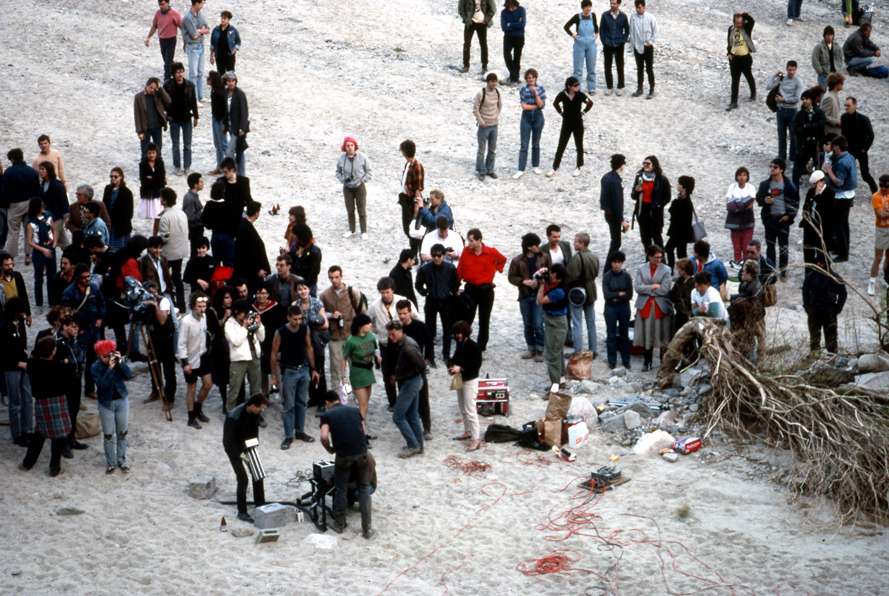 Despite dangerous near-misses with the pyrotechnics and a few fans bringing their own firearms – “somebody started shooting in the air and I wanted to break his fucking neck,” Mike Watt recalls – the resulting show became the stuff of gig folklore.

Among those present was Perry Farrell, who’d go on to form Jane’s Addiction and launch the Lollapalooza festival in Desolation Center’s image.

“It was such a cathartic group experience,” remembers Stuart. “It transcended into something more like ritual – the ultimate embodiment of that – which I think is why we go to concerts in the first place and what I’d hoped for when taking all those school buses of people out there. It was really emotional for me.” 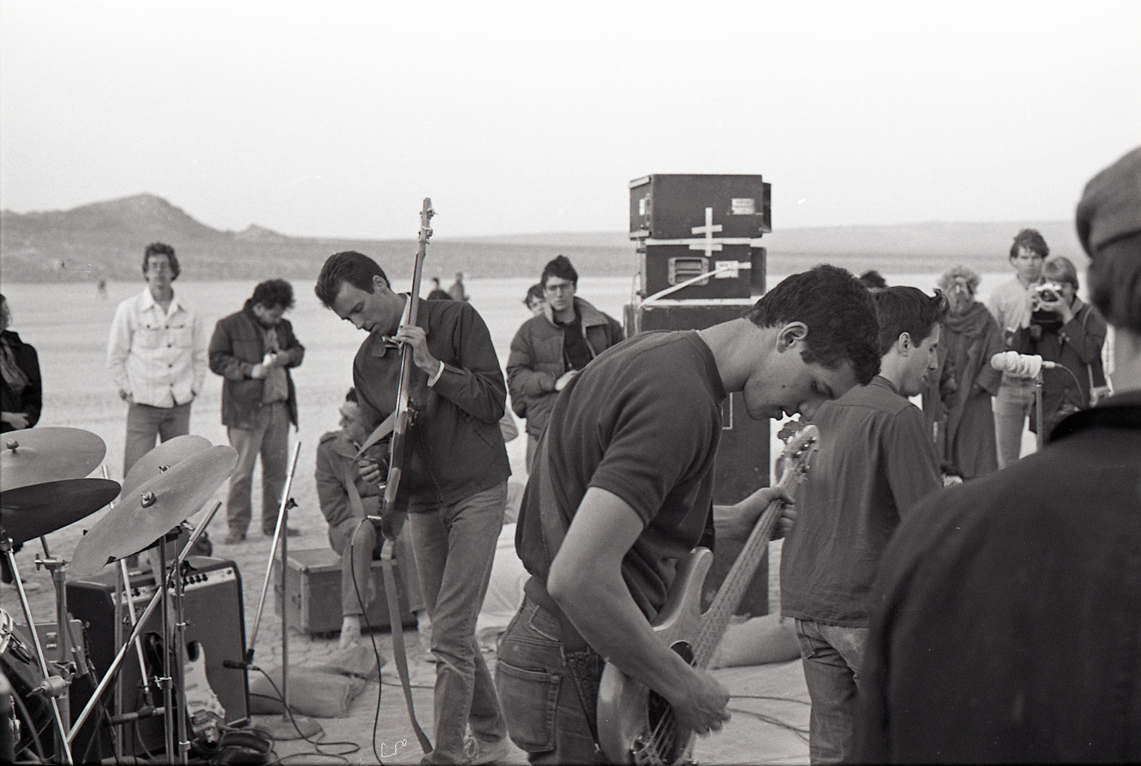 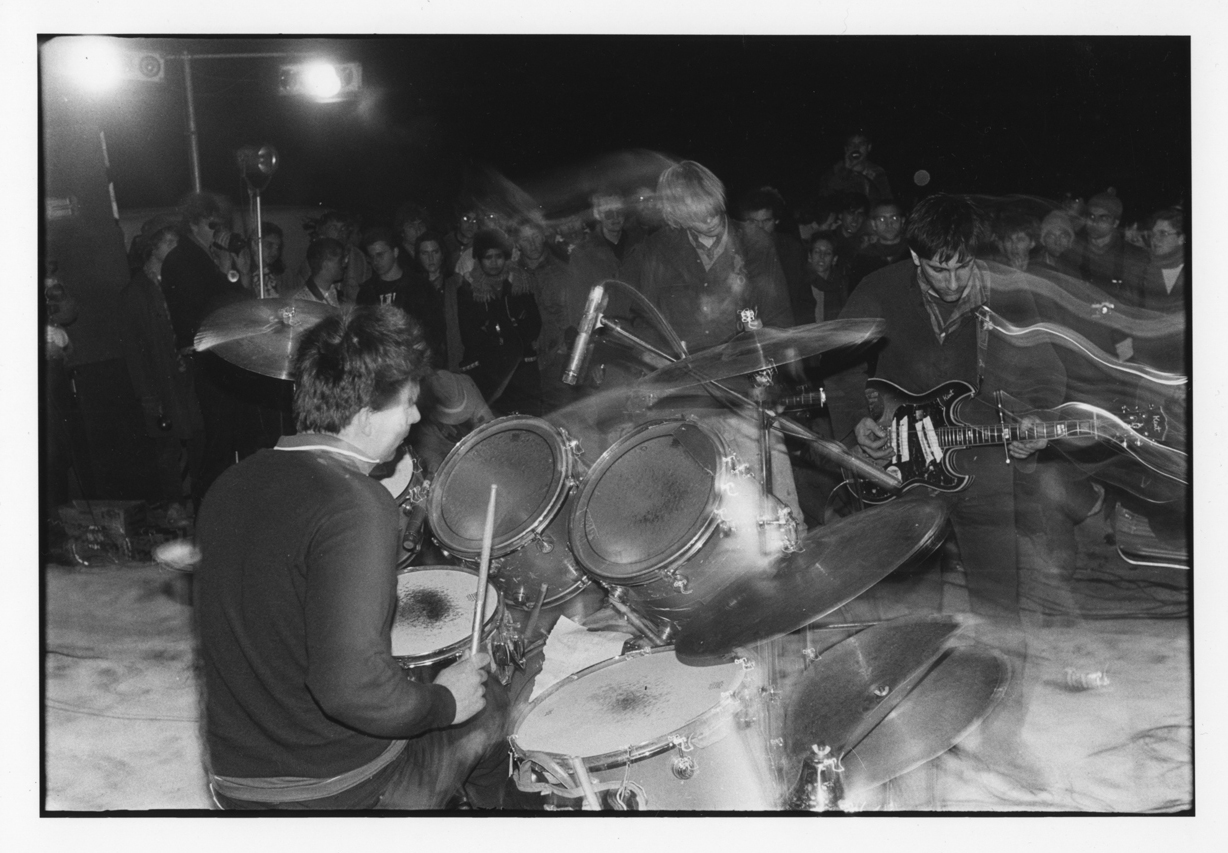 The likes of Sonic Youth and the Meat Puppets made up a third show, where someone brought enough LSD hits for every single person in attendance. The Meat Puppets even asked to switch off the primitive lighting, leaving hundreds of people tripping out under the stars to a throbbing psychedelic soundtrack.

There was another site-specific show on a boat in San Pedro harbour, followed by a warehouse gig in 1985. But when the Minutemen’s D Boon was killed in a car crash on the same night as the warehouse gig, it felt like a blow to the scene.

That, combined with Stuart’s realisation that he’d “done all I set out to accomplish”, inspired him to move into book publishing, setting up a company and store called Amok Books.

Later, after a New Year’s Eve rave led Stuart into electronic music, he helped a friend make a documentary called Better Living Through Circuitry: the first feature film to chart the genre’s evolution.

That production credit opened up a new career in film and TV during the 2000s, when the idea of a documentary about Desolation Center took root. Family, finances and missing footage got in the way, but Stuart never lost the urge to document the past.

“I realised that if I didn’t make a film about this then nobody else would,” he says. “Looking back, I never saw myself as a concert promoter. I just wanted to make a contribution to the punk rock and experimental community, to do something that nobody had ever done before.”

Find out more about Desolation Center, which will screen at Berlin’s Pop-Kultur festival on 16 August. More festival dates will be announced shortly.

Linkedin
RELATED ARTICLES
OTHER ARTICLES
The government’s failure to take long Covid seriously has led to the formation of a group campaigning for the thousands of forgotten victims of the illness.
Shifting the focus from the cost of living crisis to tackling obesity while many starve or freeze is farcical and pointless, writes Fatzine founder Gina Tonic.
Writers Matt Foot and Morag Livingstone explore how four decades of collusion between the government and the police have slowly eroded our right to protest.
In the last of our dispatches from OFFF Barcelona, Rufus Deuchler and Vincent Gault discuss the future of creative process.
The photographer recalls working with some of the biggest names in the business – from Salt-N-Pepa to the Sex Pistol – at a time when music magazines played a powerful role in shaping the scene.
After news broke last week around an expected reversal of the 1973 landmark law that made abortion legal in the US, protestors gathered in the UK in support of American women.