Art & Culture / Film / In the age of lockdown, are drive-in cinemas the future? 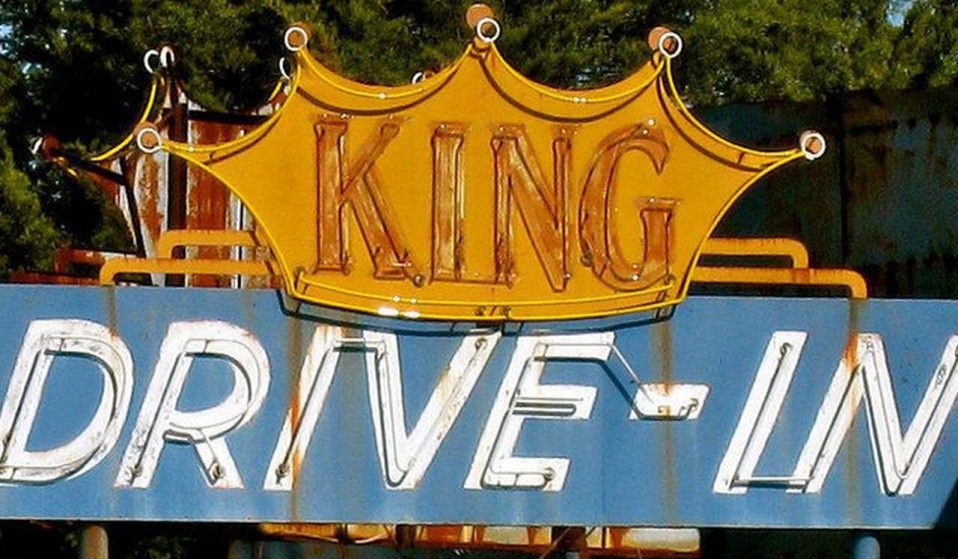 The film industry has taken a huge hit. But against the odds, a handful of independent drive-ins have adapted to stay alive.

With social distancing measures enforced across the world, the film industry has taken a huge hit. But against the odds, a handful of independent drive-ins across the US have adapted to stay alive. Is this the start of a comeback?

The film exhibition industry has taken a radical new form in the face of COVID-19. Major new film releases have slowed to a near-standstill, with the few titles that haven’t been delayed largely dumped onto digital platforms. Since mid-March, movie theatres across the US have been closing their doors to the public in waves. Some may never open them again.

But amid the disruption, there are some theatres braving the pandemic. As the surrounding industry has crumbled – which has seen large cinema chains are haemorrhaging money and Hollywood productions at a standstill – a small handful of proudly independent drive-in theatres are continuing to open their doors to the public.

Once a popular American pastime that reached peak popularity during the  ‘50s and ‘60s, drive-ins have dwindled over the years. Although they once totalled somewhere in the thousands, their number was closer to around 300 before the pandemic hit. Against the odds, though, a portion of those that remain have taken on a new significance in the age of social-distancing, intent on bringing movies new and old to loyal patrons – all while giving local communities a desperately-needed dose of escapism. Some of them have even seen a boom in business.

While modern cinemas are unable to operate safely during the pandemic, drive-ins are, in cases where owners have evolved health and safety guidelines, still able to function. The regulations for showing films from drive-ins differ from state-to-state and the situation is, of course, changing every single day. But for now, over in Florida, the governor and local police maintain that drive-in theatres adhering to the correct measures can remain open.

One such venue is the Ocala Drive-In, a two-screen outfit that has been showing films for 72 years. When the news first broke that the state was being sent into lockdown, owner John Watzke – a former projectionist who has run the Ocala since 2011 – completely updated the venue, implementing strict sanitation guidelines for staff (all of whom wear gloves and masks), ordering new packaging for food and drink (which, when purchased, is dropped a safe distance away from vehicles), and creating a buffer zone between parking spaces.

“We’ve fenced off the space so that you have 14 to 16 feet between your vehicle and the next one,” he explains. “That exceeds the social distance requirement three times over.”

The safety of the community is paramount to these local, longstanding businesses and, if their closure is called for, there is no question that their customers’ well being comes first. Until then, though, proprietors like Watzke are going above and beyond the new requirements and business is going well as a result – even on weeknights and with a limited catalogue of new releases at their disposal.

“With most new titles going on pay per view, there are only a few new movies being released, which are going on my smaller screen,” Watzke says. “Most of our customers are families with small children, so we’re bringing the classics in. Tonight on my main screen I’m playing a double bill of Trolls World Tour, followed by E.T.” 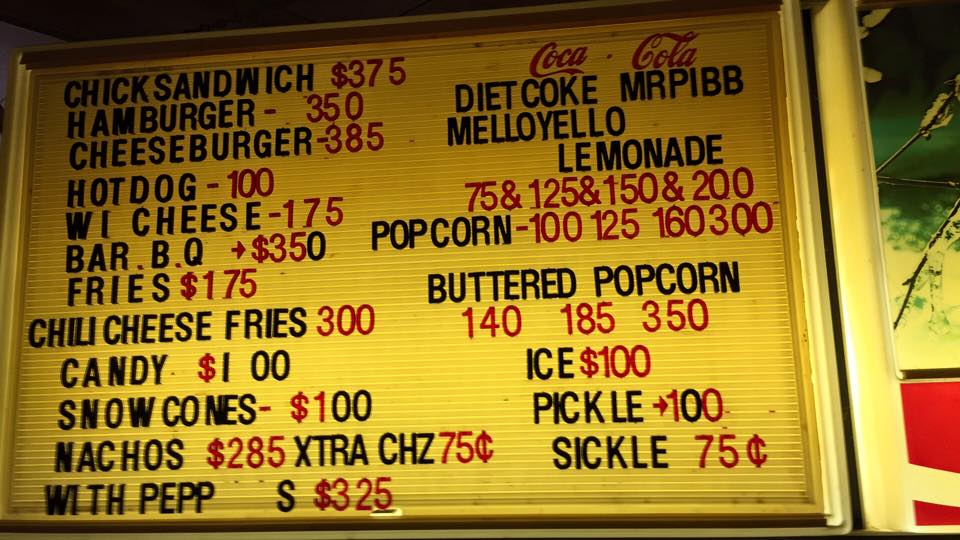 Also in Florida, the West Volusia Drive-In – formerly a regular movie theatre that has temporarily shut and set up an outdoor screen – proprietor Joe DeMarsh is also programming family favourites to keep the business going. “We sold out a recent screening of Back to the Future. Afterwards our guests honked their horns and flashed their lights in applause. It was wonderful.”

DeMarsh’s family have been exhibiting movies since 1947. He says the experience of continuing to trade in the face of industry-halting challenges has been an uplifting one. At the West Volusia, cars are parked six-feet apart, with everyone made to stay inside vehicles for the duration of the movie. Concessions are delivered and left curbside, so that customers can pick them up without having to leave their car.

For his customers, it seems there’s still something romantic about their visits to his cinema. “Guests have said that either them or their kids have only seen drive-ins in the movies themselves. They really appreciate the experience.”

With most American schools suspended for the foreseeable future, these standalone drive-ins and their dedicated owners are also providing a haven for families cooped up inside for the summer. “If you lock a family in the house together for 24 hours a day with the kids going back and forth, someone’s going to lose it. Usually Mama,” adds Watzke. “It’s good to get out for a few hours and relax”

“Mental stability is just as important as physical stability,” he continues. “I myself was a victim of Hurricane Katrina in 2005, and the little things that brought me an hour or so of normalcy were really important.”

Gregory Greenhill, who runs the King Drive-In in Russellville, Alabama with his father James, confirms that he’s also seeing the positive impact on visiting families – particularly his own.

“A couple of times I’ve let my kids sit and watch the movie while I’m doing a quality check,” he says. “It isn’t much, but it’s a huge deal to a couple of kids who feel like they are being punished by being made to stay inside most of the time.”

King has been running since 1949, where Gregory’s father James was a projectionist in his teens. Gregory worked the concession stand and operated those same projectors as a kid – now his oldest son is learning how to run the new digital equipment, as well as helping out with the box office.

Together, the three generations of Greenhills are weathering the storm, even hosting the occasional church service performed by local ministers. But unlike other drive-ins across the States, business hasn’t been great.

“The last order from the governor was a stay-at-home order that began at 5pm last Saturday,” Greenhill says. “Friday night was a decent night, for this time anyway. But Saturday night was dead. We’re considered an outdoor activity and therefore actually encouraged, but it really shows how concerned people are.” 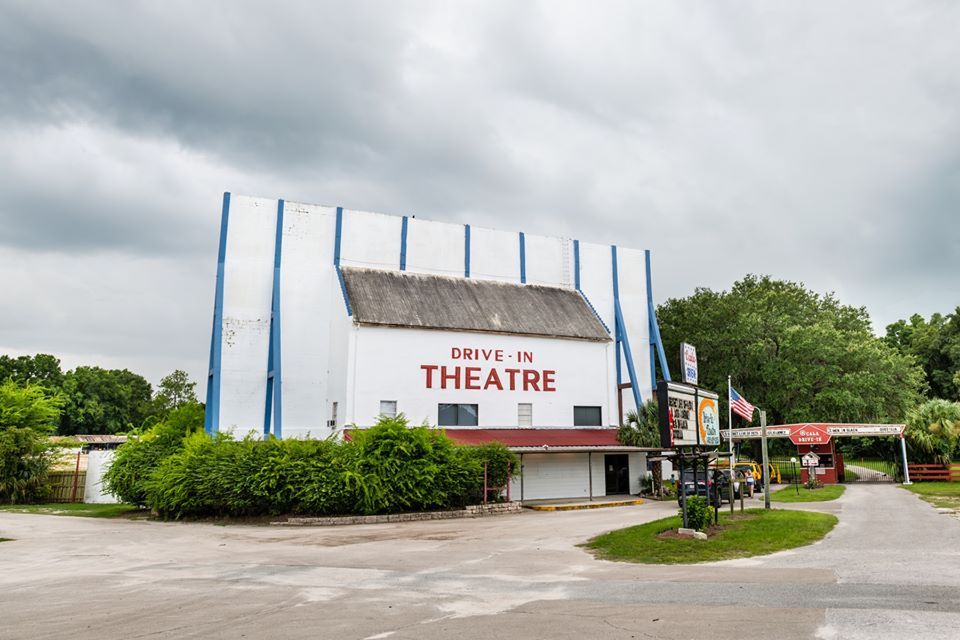 Regardless, King Drive-in continues to open its doors to neighbouring families and film lovers alike with a revised set of safety guidelines. Cars now take up two spaces per vehicle, while pick-up points for concessions have been increased so that less people are in the same place. Those that do queue for food limited to ten people at a time, each standing six feet apart. While ensuring that they’re meeting the increasing measures determined by the Centres for Disease Control and Prevention, the staff are cleaning and sanitising surfaces constantly.

“It seems like the most important thing right now is just that we stay open, and that we have something to give back to the community that has kept us going since 1949,” Greenhill says.

With Covid-19 casting a shadow of uncertainty over the film industry at least until the end of 2020, it could be that the remaining days of some of these plucky drive-ins are numbered. For now at least, the exhibition industry may look a little different, but never has it seemed so dedicated to the mission of bringing cinema, and all that’s great about it, to people when they need it the most.

“Dad and I believe that we have succeeded with our old theatre because basically we treat it as a service and a way to give back rather than as a job or business,” Greenhill adds. “And that’s the way we plan on continuing.”

Linkedin
RELATED ARTICLES
OTHER ARTICLES
A new law change is enabling Britain’s donor-conceived children to know the truth about their origins – but campaigners say the fertility industry must do more to protect people.
After a two-year hiatus and a new album, the Nigerian artist is riding high. Now, he wants to bring his alternative, genre-bending sound to the world.
Yohon Tatum, aka Legendary Father of the House of Tisci, reflects on nurturing a new generation of talent.
Mass crustacean die-offs in the North East have led a community of fishermen to take action to save their seas.
Activists and campaigners are fighting back against new laws that would seriously undermine the ability to take industrial action, calling it an attack on fundamental workers' rights.
The pro skateboarder withdrew from the 2020 Olympic Games so he could come out as trans. Now, he’s hoping to encourage others to live as their authentic selves – within the sport and beyond.