Art & Culture / Film / Enemy of the state: the inside story of Chelsea Manning 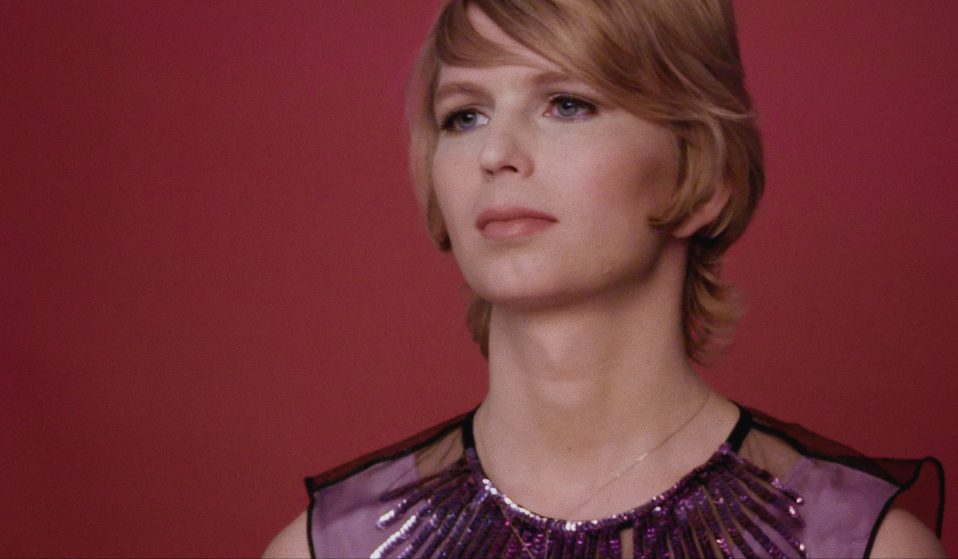 A new documentary offers an intimate portrait of the whistleblower, following her release from a maximum security prison in 2017 to her recent re-incarceration.

A new documentary offers an intimate portrait of the whistleblower, following her release from a maximum security prison in 2017 to her recent re-incarceration.

Director Tim Travers Hawkins was looking to document political prisoners in ‘unfilmable’ circumstances when he first decided to write to Chelsea Manning.

Manning, who instigated the largest of leak of state secrets in US history – including harrowing footage of soldiers targeting civilians and journalists during the Iraq war – had been sentenced to 35 years at the all-male maximum-security disciplinary barracks at Fort Leavenworth. Hawkins’ letter was one of several the activist had received while behind bars, but something about his honesty struck a chord. Manning began mailing out extracts of a diary she’d been keeping whilst in prison, the only material Hawkins could access until, on 17th January 2017, President Obama commuted her sentence.

XY Chelsea follows Manning from her release two years ago, to her recent re-incarceration for refusing to testify before a grand jury against Julian Assange earlier this March. As much a testament to her resilience as it is a record of her activism, the film offers an intimate portrait of a woman struggling to survive under the weight of unparalleled public scrutiny. It’s a touching coming-of-age study – what steps can you take to define yourself and reclaim your story, when your country has marked you as an enemy of the state?

Ahead of an upcoming screening at Sheffield Doc/Fest – the film releases nationwide on Friday May 24– we spoke to Hawkins to find out more about the challenges of shooting history while it’s being made.

Can you tell us about the first time you met Chelsea?
I started to meet with her team and her lawyers, and began to track the case that they were fighting to try and get her out of prison. That’s how the trust grew, she was in contact with them a lot and they embraced me – I became a part of this very small community. When the very unexpected news of the commutation happened, I was there with them, you can see the actual moment the call came through. The first time I saw Chelsea with my own eyes, was through the lens of the camera. She was just coming out of prison, we were supposed to have a crew with us but the military stopped everyone from being there. I’d managed to stick around, so I was on my own with the producer Isabel Davis. I kept thinking, ‘god, I can’t believe this is all on me now, please don’t let me fuck this up.’

XY Chelsea is as much a distillation of Manning’s trauma, as it is a picture of her activism. I wonder if you felt nervous about being there with a camera. Did you ever think, maybe I need to leave some time after her getting out of prison? You’re documenting history being made, but was that tense for you?
Yeah, that was something we took very, very seriously. We weren’t pushy. I think it’s counter-productive, especially in that context. I wasn’t swooping in with all these big, aggressive questions – instead, it was about us getting to know one another. Of course, there are times where you think, are we contributing in a negative way? But I was so careful not to be putting her in those kinds of positions. I think we had an understanding that meant we were very sensitive.

Are there questions that you didn’t feel you could ask, that you wish you had?
People will be aware that there are certain areas for her that remain in a sense, off-limits, due to how much this story is still in play. The grand jury and the situation Assange is in, I think everyone wants to know what she thinks of him. But I think in a way, that question is answered, though not directly – we see through the film that she doesn’t have a relationship with him. The thing about Assange is that he’s a real black hole in terms of attention. He sucks everything in towards him and what I wanted to do with this story was to focus it back on Chelsea’s perspective. They never met, they didn’t have this long-standing relationship, they weren’t plotting things together. That’s not the way history occurred.

I feel satisfied with what we managed to achieve given the limitations. Some of these circumstances are hot, dangerous issues for her. I think there’s also a simplicity to her action that sometimes we forget under all these layers of analysis and commentary that happened around the 2010 disclosures. From her perspective, it was a very simple, intuitive and emotive act. It just felt right. 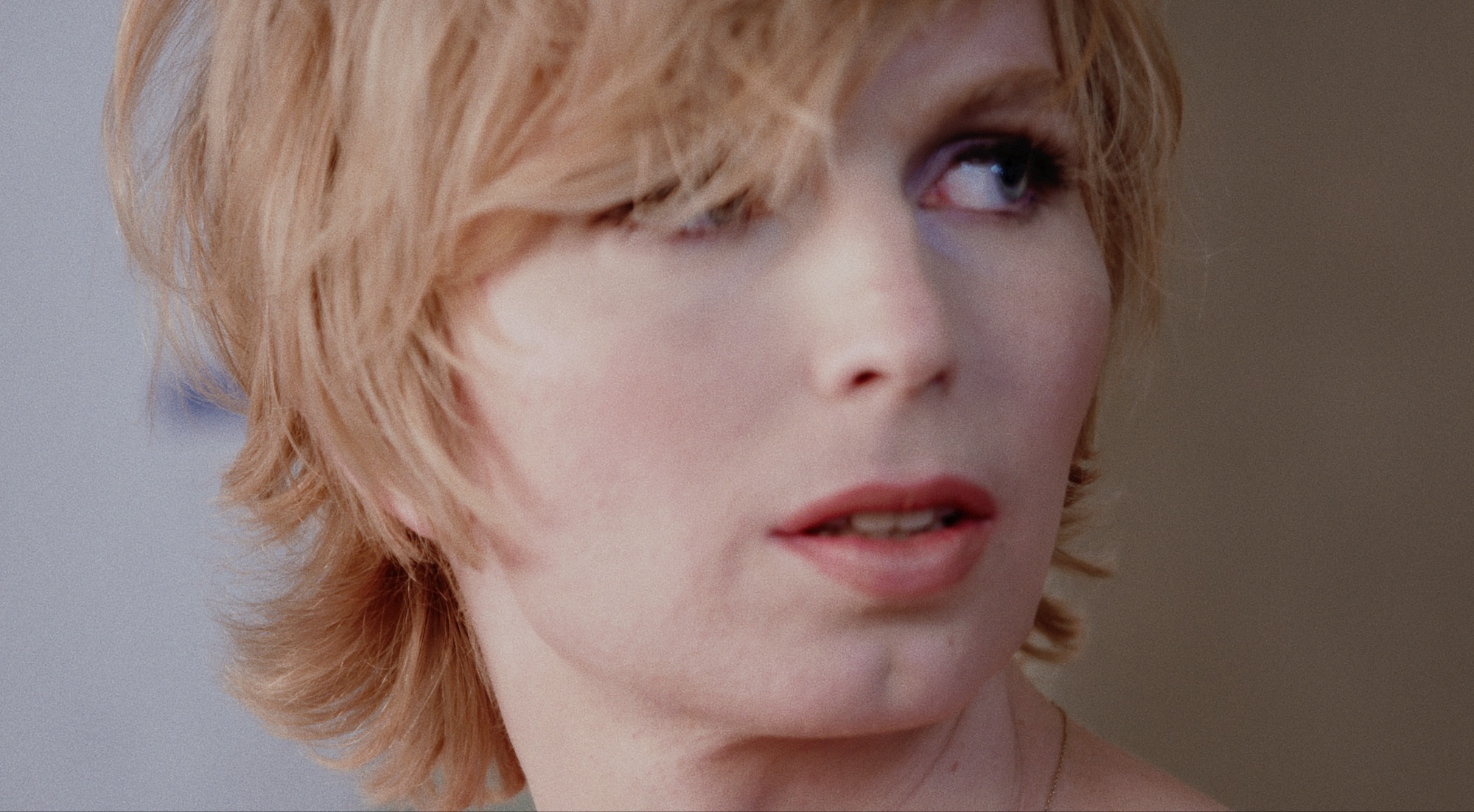 The film was produced by Laura Poitras, director of Citizenfour [the 2014 documentary about whistleblower Edward Snowden]. How do you think the way people perceive Chelsea is different to Snowden?
Well, honestly, I think it’s a slightly gendered response. To a certain extent, Chelsea has not been seen as credible as Snowden because of her gender identity. They’re very different figures. I see Snowden as a much more cerebral, Chelsea as more emotional. Her actions are almost like, direct action: she’s more punk rock. They do get lumped together, and I think there are reasons for that, but it’s easy to imagine that Snowden, Chelsea and Assange are part of this group. But they’re not. The reality is that they’re all distinct, individual cases with similarities.

Laura was instrumental throughout this process – she made sure all my devices were gone over with a fine-toothed comb to make sure that everything was secure, that all my email was encrypted. That was a really eye-opening process as well, to realise I was now part of this situation where I had to be incredibly careful about my communications.

How do you want this film to change people’s preconceptions about Chelsea? What do you want them to take away from it?
I think, fundamentally, I hope it gives them a different emotional understanding of her, and her story. We need people like Chelsea right now, people who are willing to make these huge personal sacrifices to show us when things are wrong. But at the same time, if they’re left to act alone, they will get crushed. We really need to think of change as something we have to act collectively otherwise people get swallowed up. I want people to understand how tough it is for people to go through something like this.

XY Chelsea screens in select cinemas nationwide from 24th May.

Linkedin
RELATED ARTICLES
OTHER ARTICLES
For decades, an area of East London has served as a community hub for Vietnamese people looking for a taste of home.
With inflation now at a 40-year-high of 9 per cent, demonstrations organised by TUC took place to demand action from the government.
In the latest instalment of Photographers in Conversation, the chronicler of raves, protests and beyond explains why he’s drawn to such specifically visceral environments.
Proposals to introduce a minimum GCSE threshold for student loans will disproportionately affect those from marginalised backgrounds.
Photographer Matthew Brookes recalls following a group of young people in Venice Beach living in search of the perfect wave.
Wealth inequality and the rising cost of socialising is placing a strain on people’s relationships, reports Eve Upton-Clark.