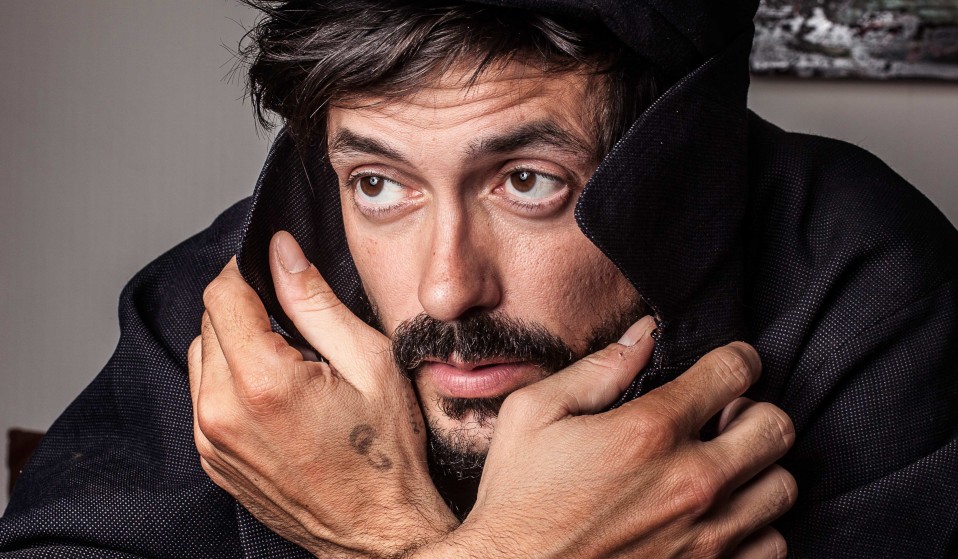 Having re-invented the music video, Vincent Moon now travels the world with just a backpack and a camera, filming moments of magic wherever he goes. The results prove that Western music is but a speck of dust in the universe of sound.

A block party in a run-down neighbourhood in northern Brazil; an Armenian pop star alone at his piano; two teenagers shocking passers-by with their distorted Javanese music; a room full of Chechnyan men, leaping up and down in a religious frenzy.

These are some of the scenes you will have witnessed if you’ve been following Vincent Moon’s trail for the past few years, raw snapshots of life that the French filmmaker has been amassing ever since he decided that the music business wasn’t for him back in 2009.

Utilising the power of the Internet and new ideas about funding and distribution, he has become an oracle for ‘authentic’ global culture, filming and sharing videos at a pace that puts many media outlets to shame.

“We tend to think that we know about cultures because we hear about them, but we hear about them once in a while and often for very terrible things,” says Moon, citing the example of the 2004 school hostage crisis that happened in Beslan, Russia – a place he visited recently.

“It was a dramatic, terrible thing, but there is a before, there is an after, people have a life there.”

Moon’s career as a filmmaker began with the emergence of La Blogothèque‘s Take Away Shows – a series of online music videos that Moon made with artists and bands visiting Paris.

He developed his own style: filming outdoors, encouraging improvisation, allowing the lens to linger on the surroundings as much as the subject.

Soon The New York Times were claiming that Moon had “reinvented the music video” and REM and Arcade Fire were asking him to make films for them. It was while working for the latter that Moon’s career took a change of pace.

“Working with Arcade Fire was weird. Though I was with them on tour, I was not able to do anything with them directly, everything had to go through their manager.” says Moon. “That really freaked me out at the time, that I would not be able to have a simple talk with them.”

Dismayed with how a distance was growing between him and the musicians, Moon had a pivotal moment in Egypt: “Some guys made me smoke some really strong weed and they dragged me through Cairo. We ended up in this small space and this guy’s telling me, ‘This is not supposed to happen, you’re not supposed to be here.’

“I was thinking, ‘That’s great, it must be an amazing concert.’ But it was not a concert, it was a woman playing rhythms and putting another woman in trance. It was Zār, a healing ritual. I never imagined that music could be played in that way.

“There was no audience, it was just happening and as soon as you entered the room you had to dance, you had to enter the trance. It completely blew my mind.”

Since that moment Moon has been travelling around the globe, financed by donations, fund-raising campaigns and the help of local people.

He’s constantly been filming, continuing the style that brought him notoriety, though his subjects have slowly changed from the indie and rock acts of his past to street musicians, religious revellers and those he likes to call “amateurs”, looking for the point where traditional and modern collide, where genuine voices are able to emerge despite the homogenising effects of Western culture.

This has taken him to Chechnya, where he filmed an astonishingly emotive series of sufi rituals; on a journey with an Argentine/Colombian musical duo deep into the Sierra Nevada mountains.

To Japan and his portrait of the musician Kazuki Tomokawa, whom Moon calls the “screaming philosopher”. To Iceland and his island-based experiments with the indie rock band Efterklang.

To Ethiopia and his time spent with a sacred beggar. And even to Camber Sands in England where his many years of filming at the All Tomorrow’s Parties festival have been distilled into seven frenzied bursts of energy, music and misbehaving called From ATP.

“What I’ve seen mostly on my travels is the way that tourism and globalisation have been bad at cutting the music from its background,” says Moon, citing UNESCO as having a “terrible effect on cultures” by trying to protect them through top-down policy. “As soon as you seek to preserve them, you stop them in their evolution.”

In Jathilan, Indonesia, he encountered what he calls “the most incredible, alive music,” a form of trance ritual based on ancient gamelan but mixed with electric guitar and a “karaoke” style of singing.

For Moon it is the perfect example of music based on tradition but that is still part of everyday life and still evolving, something which would not be possible if it was “protected.”

Since the beginning of his travels five years ago Moon has amassed well over 600 films on Vimeo. The internet is clearly an important tool.

“When the possibility of making films on the internet appeared, I decided to use it because I was able to work in another rhythm.”

It’s the rhythm that has given him the freedom to publish so frequently but also “to show things in a different form, far from the language of media and TV that’s been explaining the world to us over the last twenty-thirty years.”

Moon likes to “keep the films open, to leave the viewer free to interpret,” making another stand against the media and it’s desire to pedal a dramatic, strong angle.

In a hyper-connected world in which the media are more focused on drama than reality, Moon’s filmmaking offers a glimpse at the everyday rites that drive people’s lives around the world, through a medium (the music video) that we can all digest.

If, as Moon says, “you must go to the end of the world to understand your neighbour,” then through his films we are all offered that opportunity.

Find out more about Vincent Moon.

This story originally appeared in Huck 44 – The Tommy Guerrero Issue. Get it now from the Huck Shop or subscribe to make sure you don’t miss another issue this year.

Linkedin
RELATED ARTICLES
OTHER ARTICLES
While protests over abortion rights rage in the US, access to abortion services is still almost nonexistent in parts of the UK.
After news broke last week around an expected reversal of the 1973 landmark law that made abortion legal in the US, protestors gathered in the UK in support of American women.
New legislation is set to make it more difficult to hold Israel accountable for its human rights abuses.
Our new magazine is here, starring the inimitable Mitski. Order your copy now and join us on a trip around the world.
Photographer Robin Graubard’s debut book offers an unflinching record of turbulence and change across the Balkans.
To mark the anniversary of the mass trespass of Kinder Scout, a group of hikers came together with the intent of creating a new, fully inclusive culture for rural spaces.