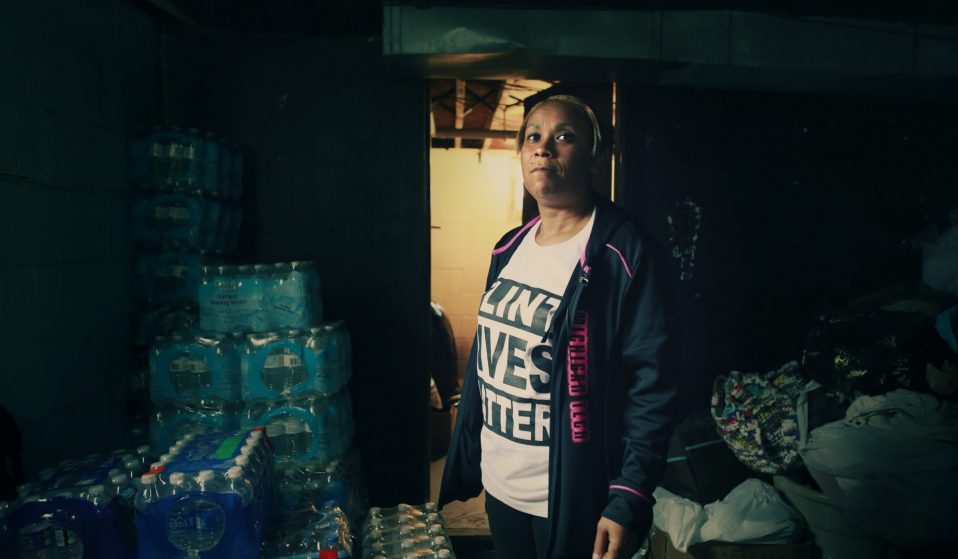 Despite numerous lawsuits, deaths and disturbing health reports, the Michigan city’s tap water remains untreated. A new documentary tries to find out why.

Despite numerous lawsuits, deaths and disturbing health reports, the Michigan city’s tap water remains untreated. A new documentary tries to find out why.

Until this year, there had been no recent public health disaster in America quite like what happened in Flint, Michigan. In 2014, the city of Flint attempted to save money by changing its tap water source to the Flint River. Locals noticed that the water gushing into their kitchen sinks and baths was discoloured with a distinctive metallic taste. People became sick and broke out in skin rashes. The only advice from authorities was to leave the tap running for a few minutes. Then tests found that Flint’s children had high levels of lead in their blood; a direct result of drinking tap water that had corroded the city’s untreated pipes.

Six years on and the Flint water crisis is still ongoing. After numerous lawsuits, deaths and disturbing health reports, little has been done to treat the city’s tap water.

“People are still using bottled water for bathing and drinking – no one trusts the tap water,” says Anthony Baxter, speaking on the phone from Montrose in Scotland. Best known for his series of documentaries about angry locals taking on Donald Trump’s luxury Scottish golf resorts, Baxter has made a career out of championing the underdog. His new film Flint was made over five years and follows local families that have been impacted by the crisis, as well as the local and federal governments’ failure to take action or responsibility.

“Now with the coronavirus, the people of Flint are reeling,” Baxter continues. “They’ve been through so much and, in many ways, left forgotten and now they’re contending with two public health disasters. As well as that, Flint has always been at the centre of the Black Lives Matter movement. It’s a city that’s been through so much and yet is so resilient.”

When did you first hear about the water crisis in Flint?
Anthony Baxter: By chance, I was in Detroit to screen A Dangerous Game, and at that screening someone said that I should go to Flint because they’re having a situation with their water there. I happened to have my camera with me so I went to Flint for an afternoon and was immediately struck by the people there. This was before any scientists or the media had arrived and they were just about to do the citizens’ testing. They felt like they weren’t being listened to, and it was a bit like the situation with Trump’s golf course in Aberdeenshire which I’d followed in three films and how the community there felt like they were being ignored. It was an interesting parallel so I continued filming there.

Although Flint became a massive news story, you stayed on after the cameras left.
Anthony Baxter: I felt like it was important not to just go away. It became a massive story when Mona Hanna-Attisha, a pediatrician at the local hospital in Flint, published a study about how the lead levels in children had gone up. The New York Times ran a piece, it became a big story and all the cameras descended and then all the cameras left. But as far as I was concerned the real story had just begun because people were having to deal with it day in and day out. It was important to me not to see it as a short-term project. There’s so much at stake for these families and you have to live it with people to really understand what they’re going through.

So much of what happened in Flint was about a failure in trust. Did being an outsider of the community and the country make it easier for the locals to accept you?
Anthony Baxter: Being this slightly quirky individual from Britain helped in some respects because they were used to having local media there and Flint was very much under the national spotlight in 2016. I like to work on my own because you can build up a relationship with these people which you can’t if you have a whole crew in tow. I was able to spend time talking to people and it was a more natural evolving relationship than booking time to film with families as a news organisation. People were very open and allowed me into their lives and you build up trust which is obviously a theme in the film. As a filmmaker, you feel like you owe it to the people who give you their trust to get their story out as accurately as possible and for those voices to be heard. 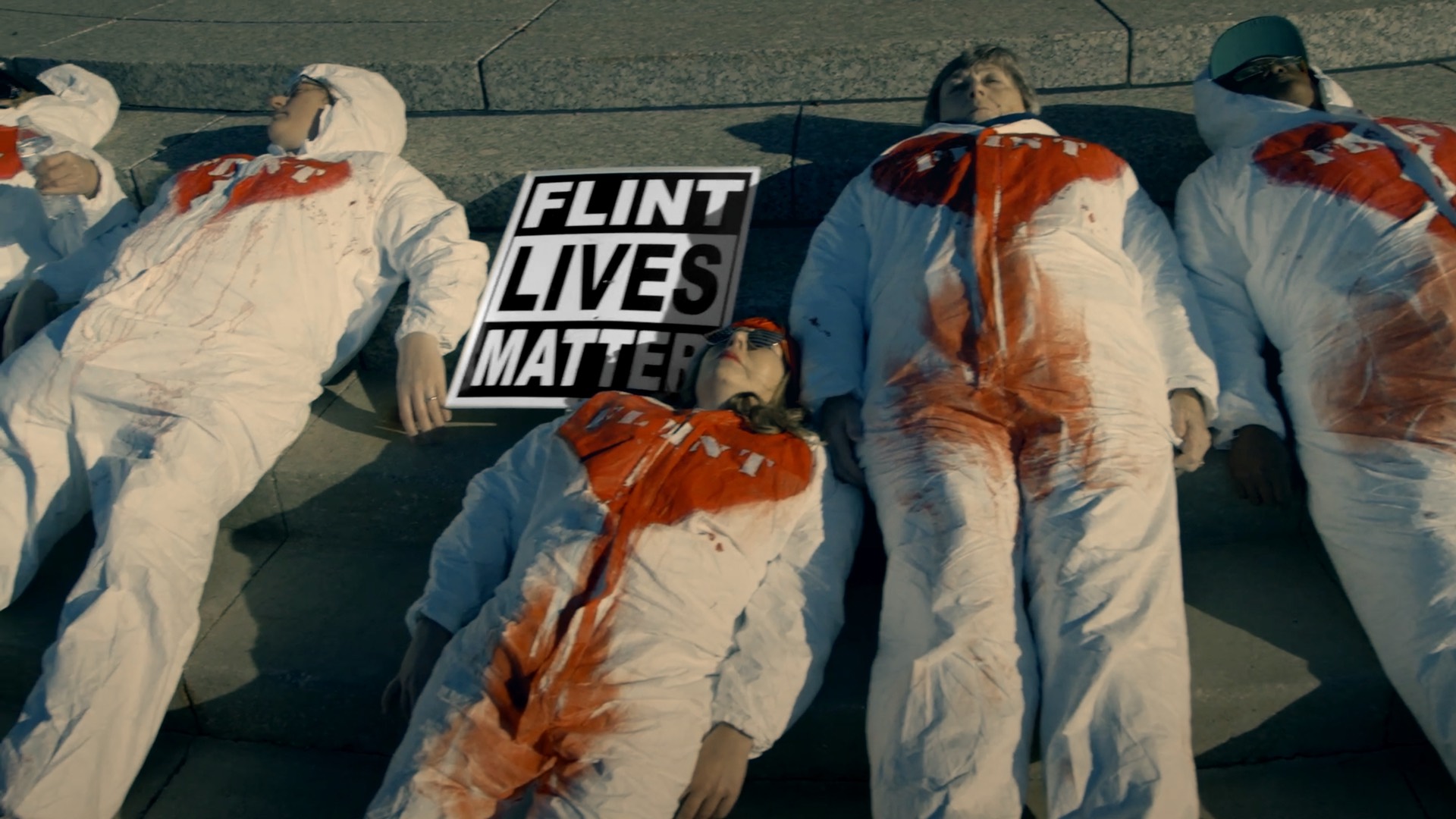 The crisis is still ongoing and has never really been solved. As you were filming did you realise this wasn’t going to be a quick fix?
Anthony Baxter: At first people thought this was short term; Obama will give us federal money and they’ll rip the pipes and replace all of them. All these hopes were riding very high for a period of time and then the lawsuits started and people thought they would get some compensation through the courts and be able to move forward but that hasn’t happened. The only real thing the people received were bottles of water and now that’s stopped so they’re having to find the money to keep buying water because they still don’t trust what they’re being told. It’s gone on and on and on.

There’s also still no idea of what the long-term health impact will be.
Anthony Baxter: It’s a bit like the coronavirus and people asking what the long-term impact is going to be on the lull of education. Over the period of time I’ve been following the Flint story, the education of children has suffered massively and now with the virus there’s the question of what impact that will have on the people as well. It’s appalling and it’s important that the crisis and those children aren’t forgotten, to make sure that they have a brighter future than what has been dealt out to them.

The third anniversary of Grenfell Tower has just gone by and when I was watching Flint, it seemed like there was a parallel between the two disasters.
Anthony Baxter: I thought exactly that. To me, Flint always felt like America’s Grenfell. I was in the US when I heard about the Grenfell disaster and here was a situation where people were complaining to the authorities saying they didn’t feel safe with the cladding and no one listened to them. This was the same situation in Flint but with water. People were really pushing for change and no one listened to them. It’s only when there’s a complete calamitous disaster, like Grenfell Tower or Flint, that people take any notice. It’s tragic that people are ignored when they clearly have an important point to make and the enquiries are going on and on and investigations are being delayed and it’s the same with Flint. There’s no justice for the people. 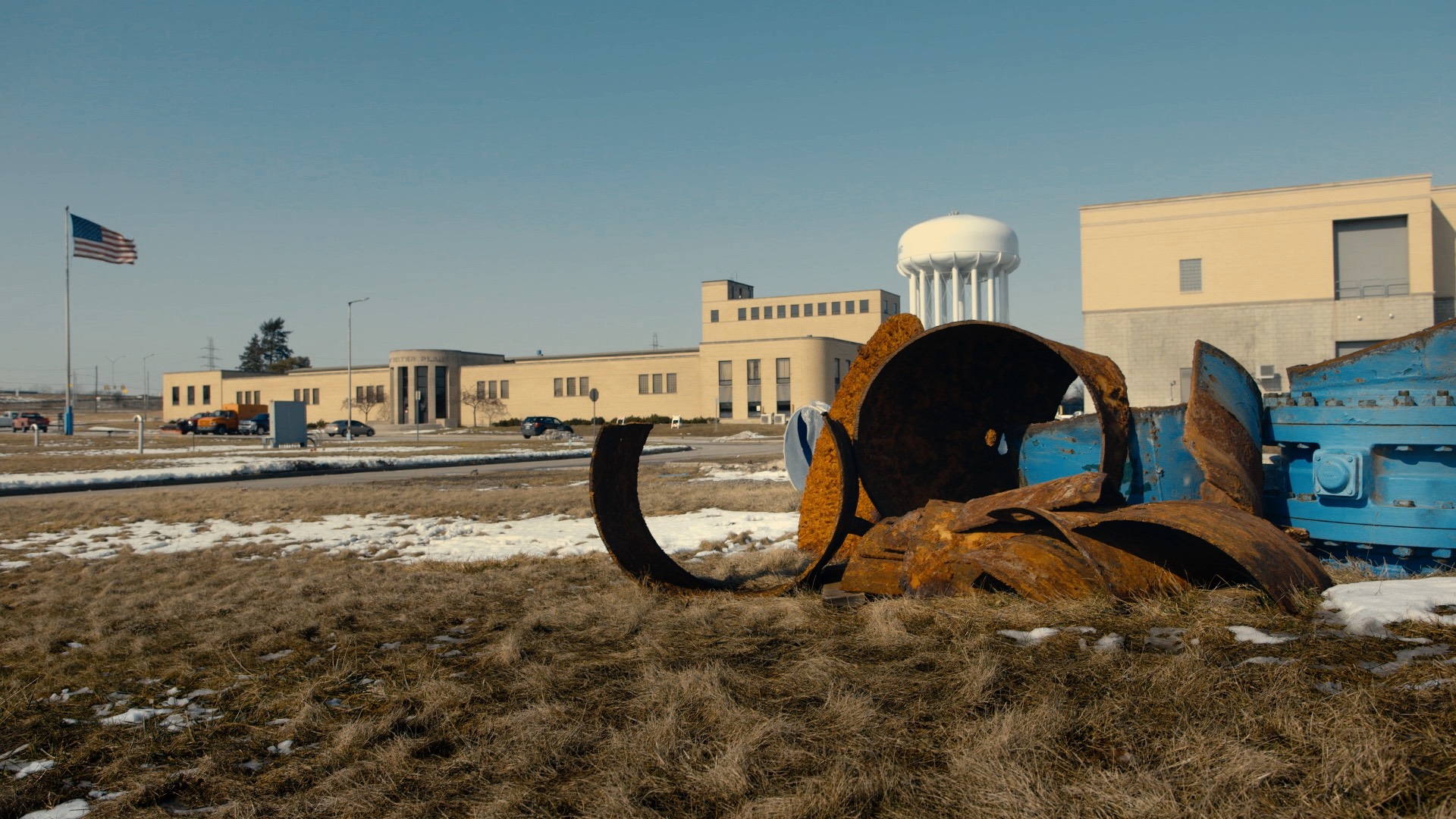 Flint is now available to watch as part of Sheffield Doc/Fest and will be released later this year.

Linkedin
RELATED ARTICLES
OTHER ARTICLES
The last few years have seen an increase in LGBTQ-led initiatives to feed the hungry, with many finding ways to stay afloat despite the challenges.
Thomas Hoepker‘s images taken during a road trip across America provide a searing social commentary about a divided country.
For decades, an area of East London has served as a community hub for Vietnamese people looking for a taste of home.
Curator Antoine de Beaupré discusses his immense record collection and what it tells us about the intersection of music, photography, art, and commerce.
In the latest instalment of Photographers in Conversation, the chronicler of raves, protests and beyond explains why he’s drawn to such specifically visceral environments.
Photographer Matthew Brookes recalls following a group of young people in Venice Beach living in search of the perfect wave.