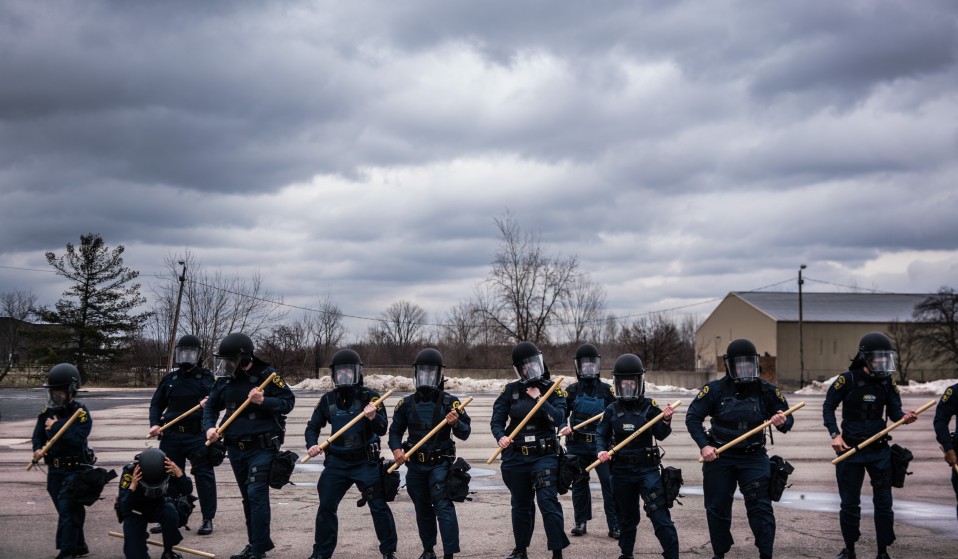 Filmmaker and photographer Zackary Canepari discusses Flint Is A Place – his major multimedia show at the Bronx Documentary Center, which shines a light on one of the poorest cities in America.

Filmmaker and photographer Zackary Canepari discusses Flint Is A Place – his major multimedia show at the Bronx Documentary Center, which shines a light on one of the poorest cities in America.

In 2012, Zackary Canepari flew to Flint, Michigan, to make a documentary film about Claressa “T-Tex” Shields, the greatest female boxer in the world. The two-time Olympic gold medalist introduced Canepari to her hometown, one of the poorest cities in America, which has been making headlines for years in the wake of the water crisis that continues to this very day.

“When we finished the movie, the story we told overshadowed all these other things I thought were so special about Flint, like the prom,” Canepari notes. “I wanted to get back in there because I felt like there was a lot more to be said about the community than the perspectives that have been pushed through Michael Moore and the water crisis. The story of Flint is a lot more dynamic than that.”

Canepari set out to create Flint Is A Place, a multimedia project produced by Screen that incorporates video, audio, archival materials, graphic design, virtual reality, data visualization, and public installation to the story of a city and its people in an intimate, character-driven manner. 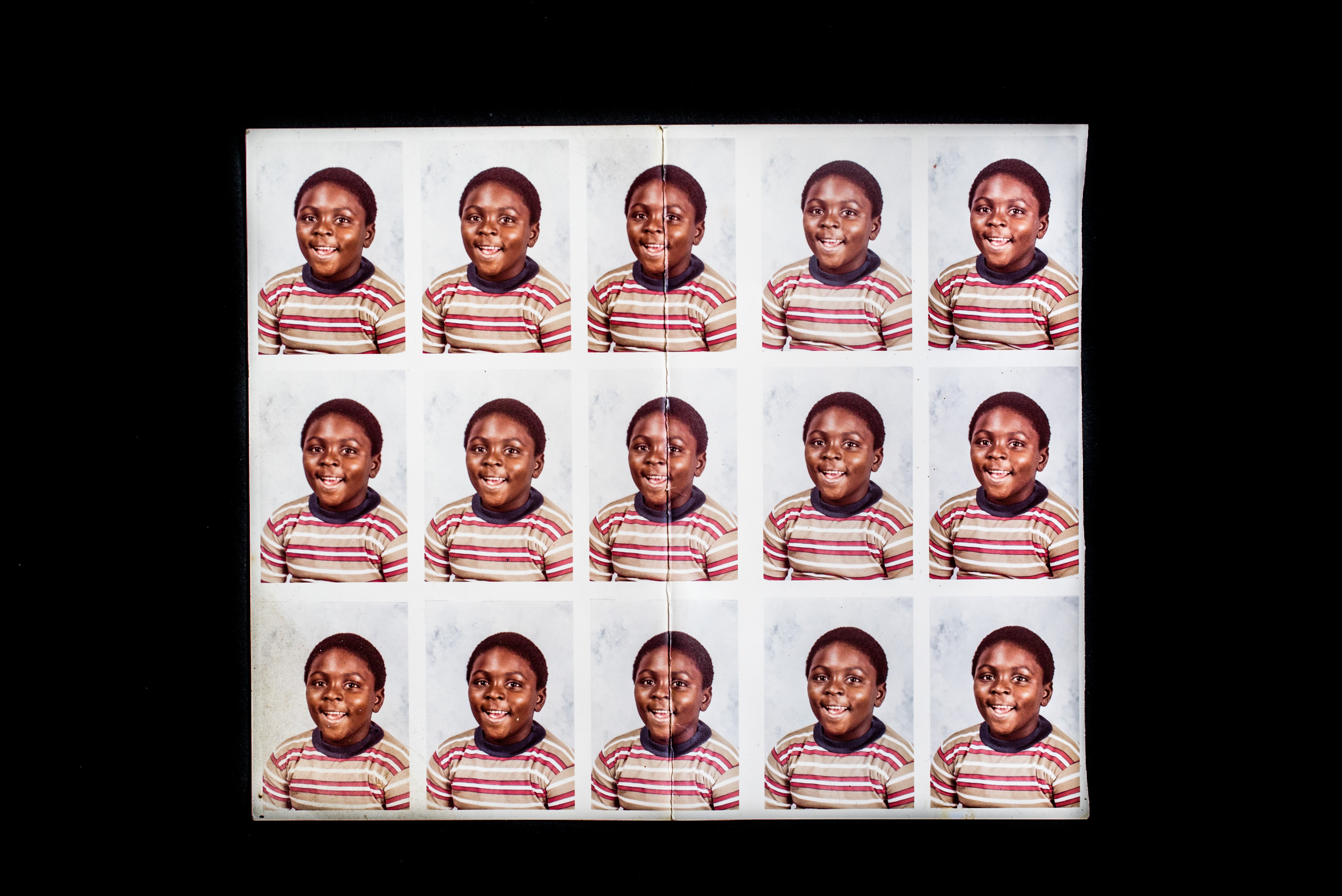 “When we were mapping the chapters out for the series, not everything fit into a simple box of photo essay or short film. The aim was to figure out the best tools to tell that story,” Canepari explains. “Through the course of my career, I have been a photojournalist, making short films, a feature film, and then a book. When I got to Flint Is A Place, I had a better idea of how different mediums could benefit a story. Hopefully, you will see Flint in a 360-degree way.”

Those stories, which include chapters on the high school prom, the police department, and Briana (Shields’ sister), among others, opens at the Bronx Documentary Center on April 26, the fourth anniversary of the water crisis. 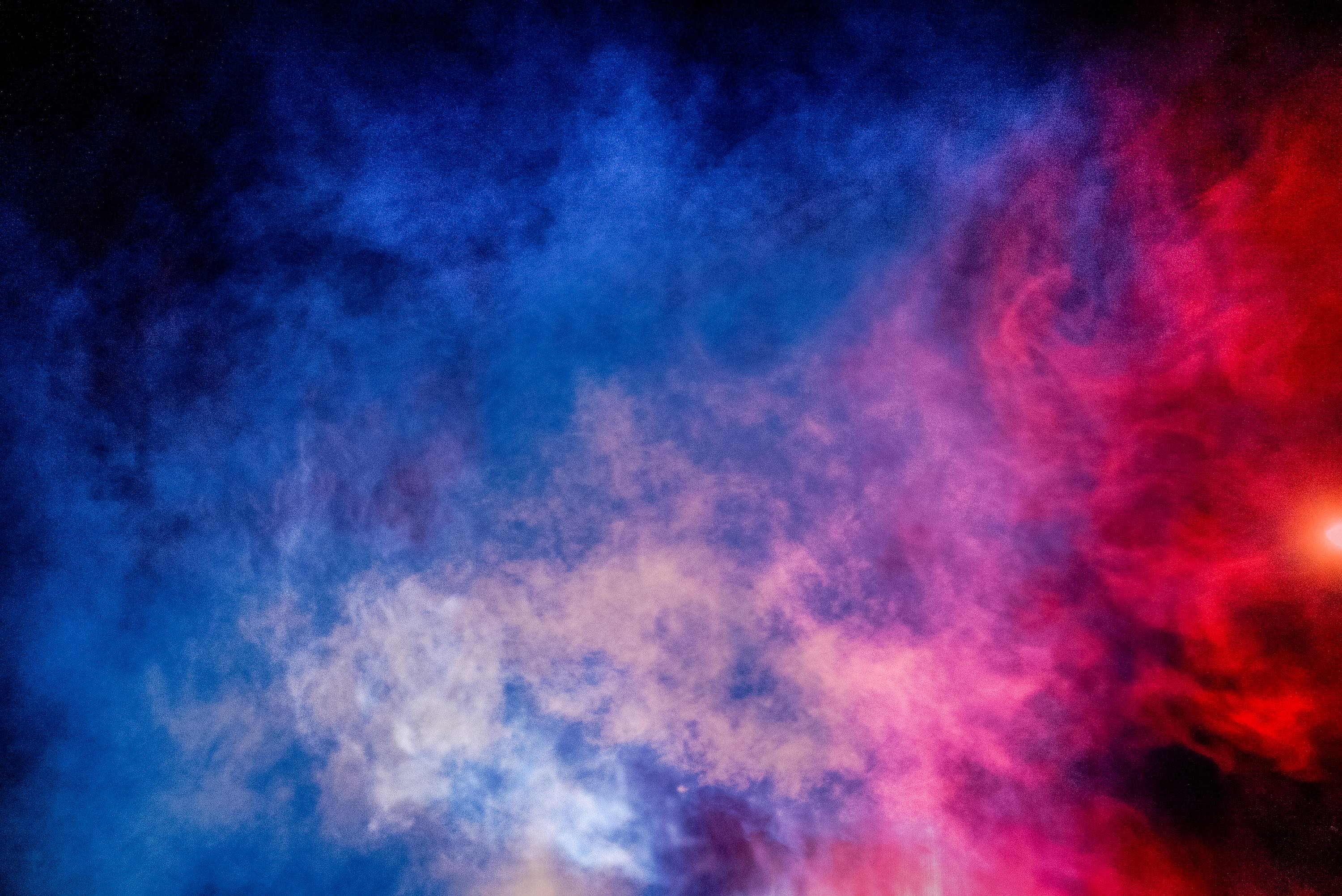 A composite of red smoke and blue smoke made from the lights and steam from the police cruisers in Flint.

“Jessica Dimmock and I made a chapter about the water crisis and it is a combination of a short film and a handful of smaller vignettes, photos, and interactive elements that break off and help illustrate a different part of the story,” Canepari reveals. “There is a one-minute piece about the Flint River, one about fixing the pipes, one about Bernie Sanders coming to town and having a community forum for the residents. This didn’t fit into the main narrative that we were telling but inside of an interactive video experience, you can choose how to view the story.”

This intimate and innovative approach to storytelling, which just garnered Flint Is A Place a 2018 Webby for Cultural Blog/Website, is a striking reminder of the importance of controlling the narrative. Canepari understands that for all of the headlines and horror stories, the truth is much richer than what the mainstream media portrays. 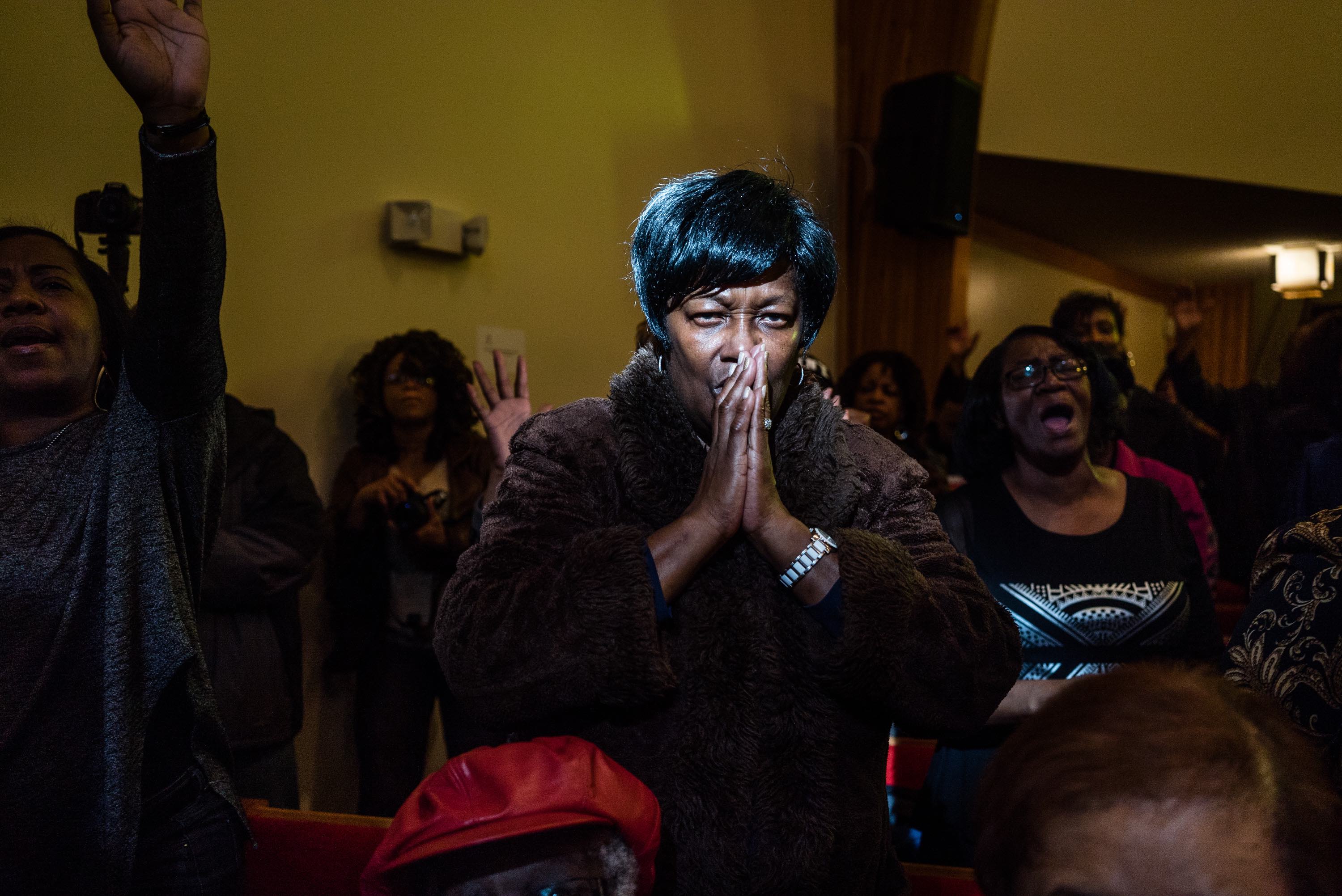 Locals participate in an environmental rally and a sermon at the First Trinity Missionary Baptist Church with Flint Mayor Karen Weaver, celebrity Russell Simmons and a number of national Pastors. February, 2016.

“I never saw the victim narrative in Flint,” Canepari explains. “Even Briana, who is by her own description ‘a statistic,’ is more than that. I made Flint Is A Place because I connected with the people. They are ‘switched-on,’ which is my way of describing someone who is a presence, they are funny, tough, no bullshit, and raw. They are open and honest, and living in a life that is so much more complicated than we think it is.”

“The goal is to push the needle in their understanding about what Flint is about – and what we can do to make a difference there. If you can fix Flint and get it back to a place where it’s a healthy community, then everything else will fall in line.” 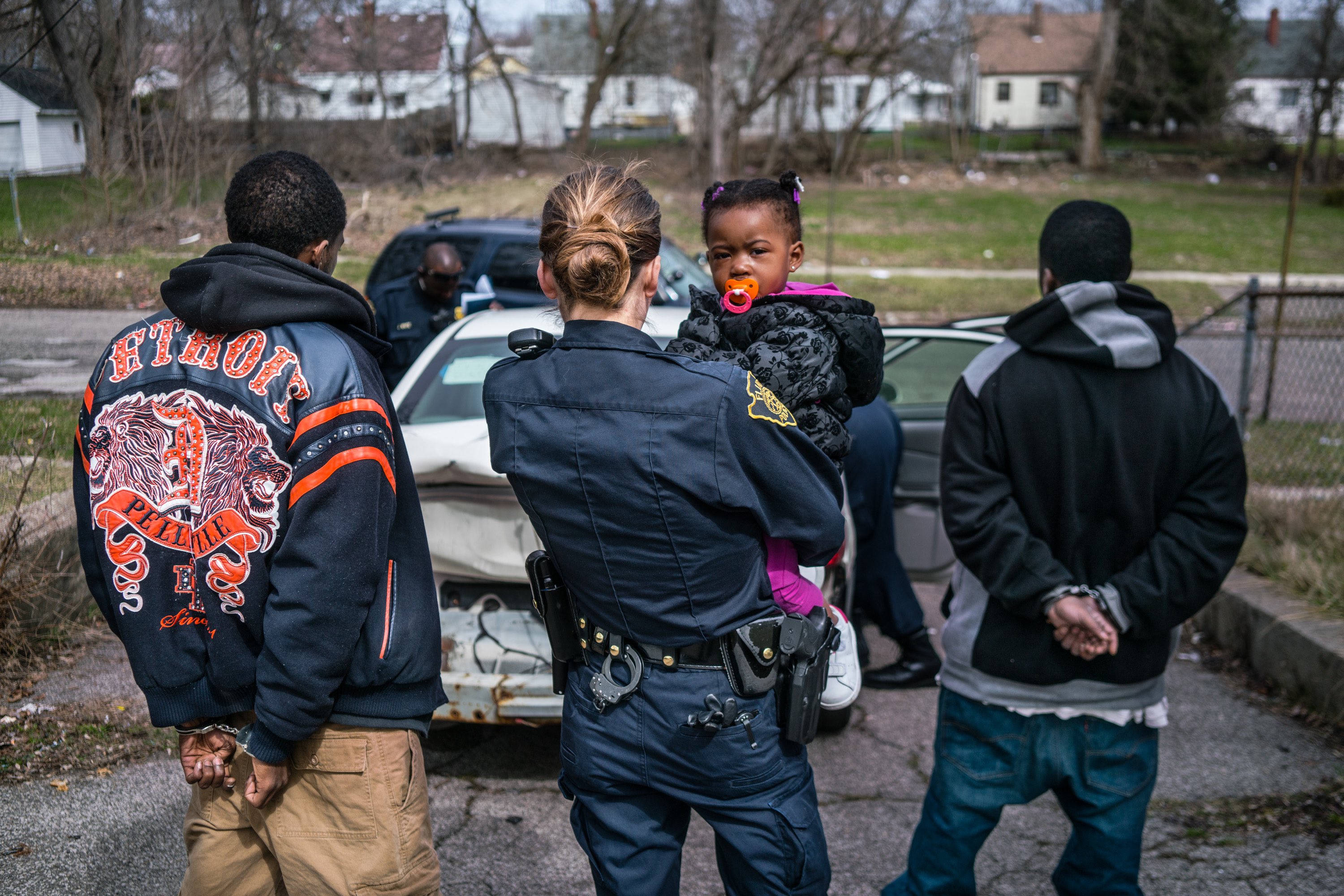 Officer Bridget Balasko holds a small child while her father is being searched and questioned. March, 2016. 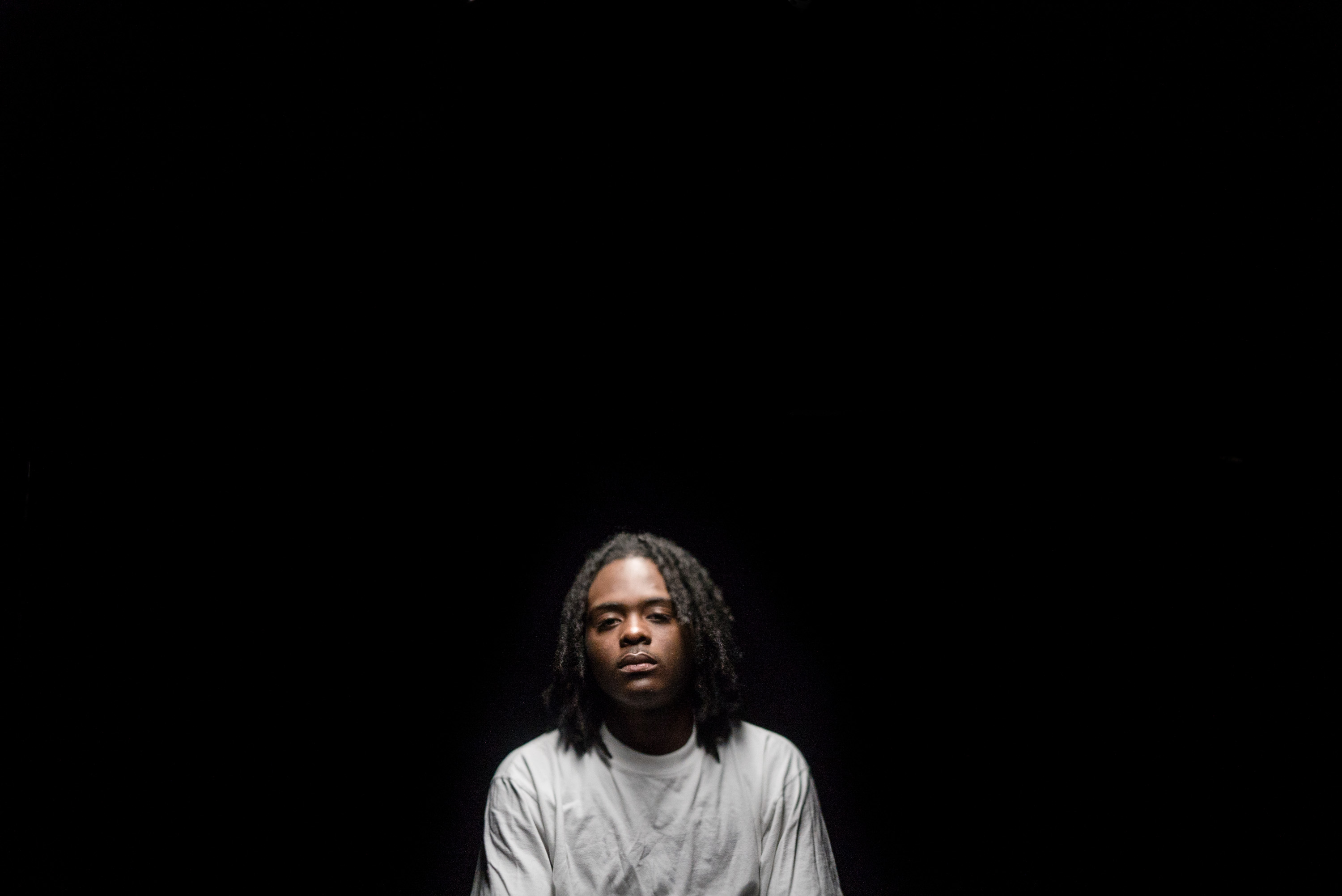 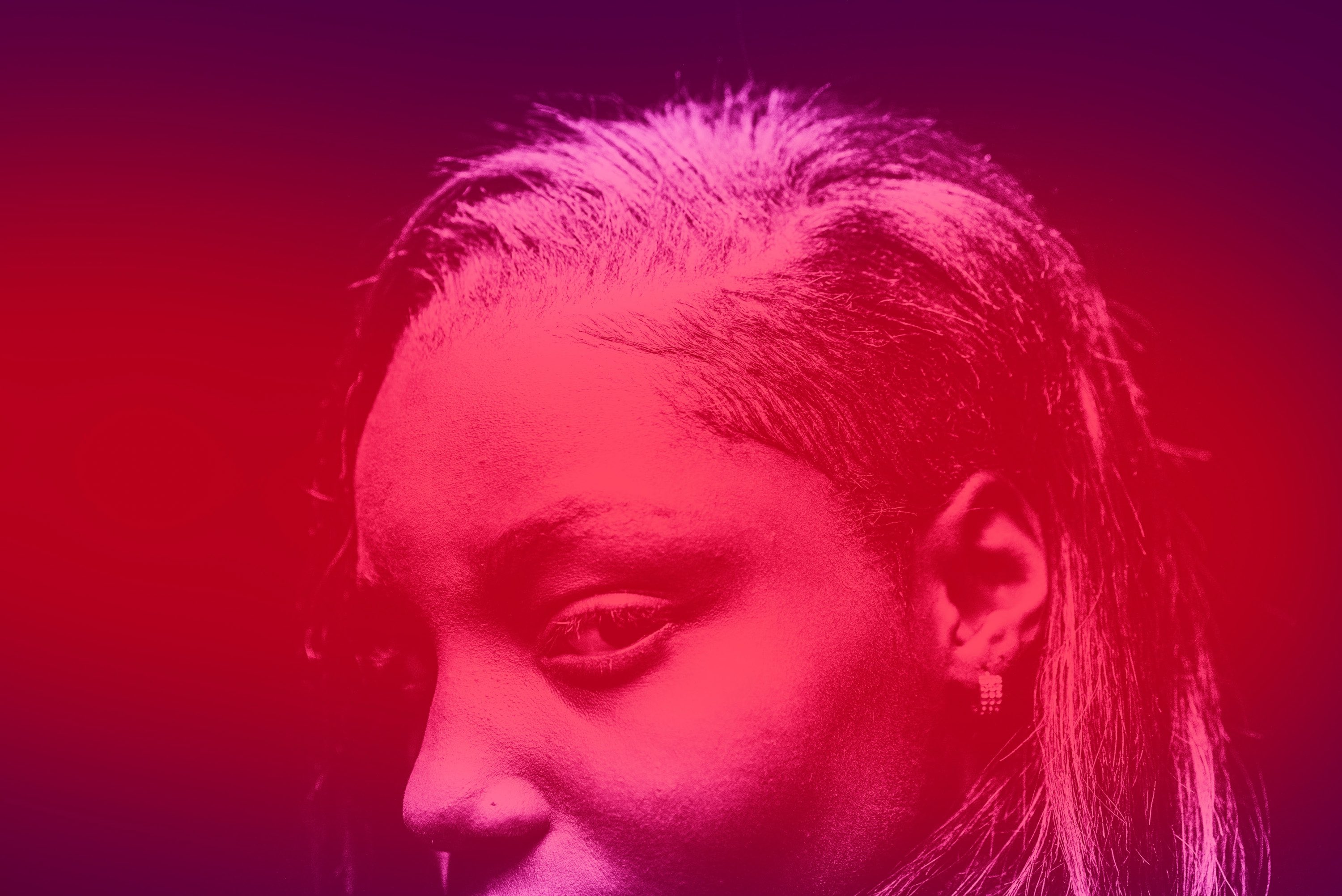 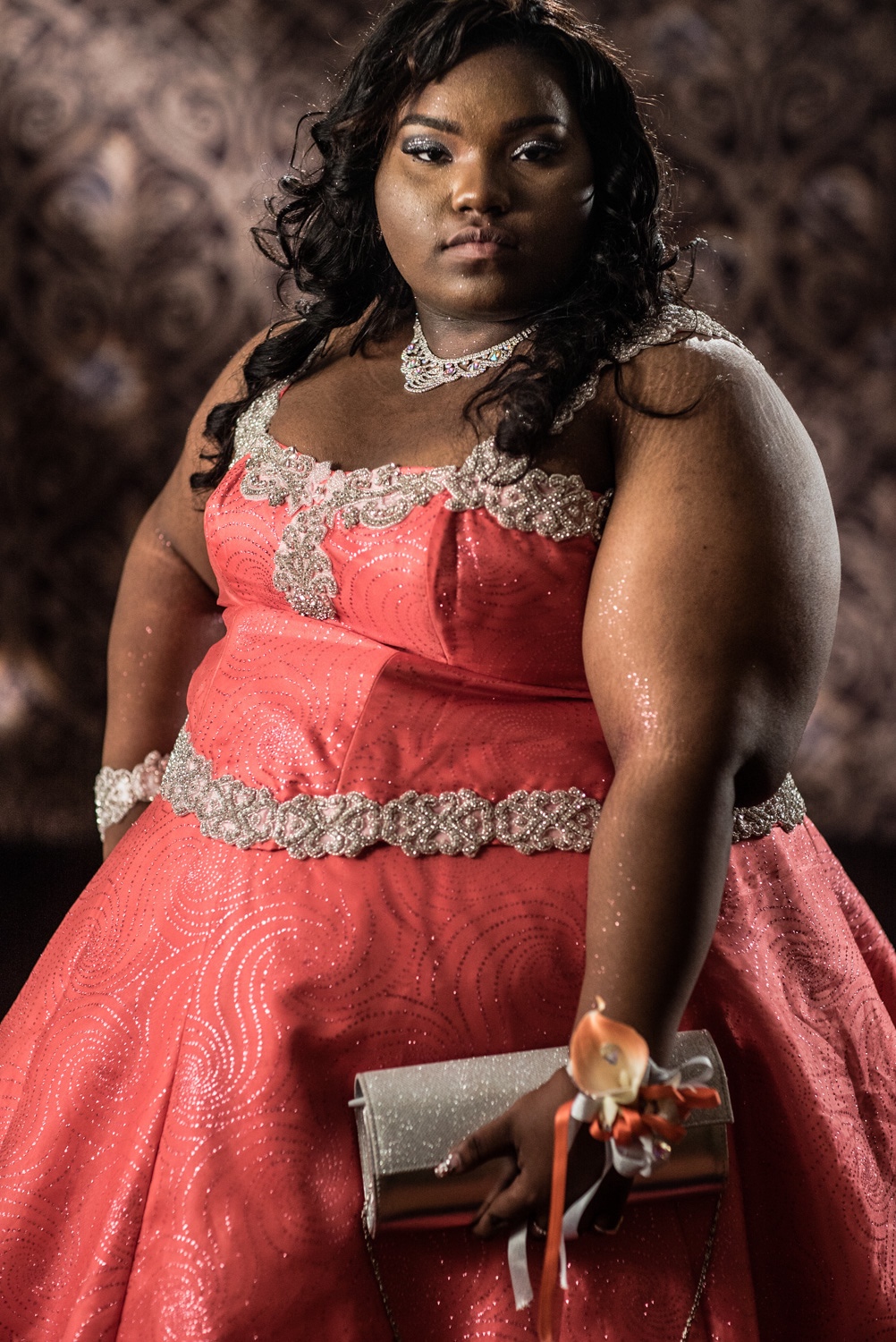 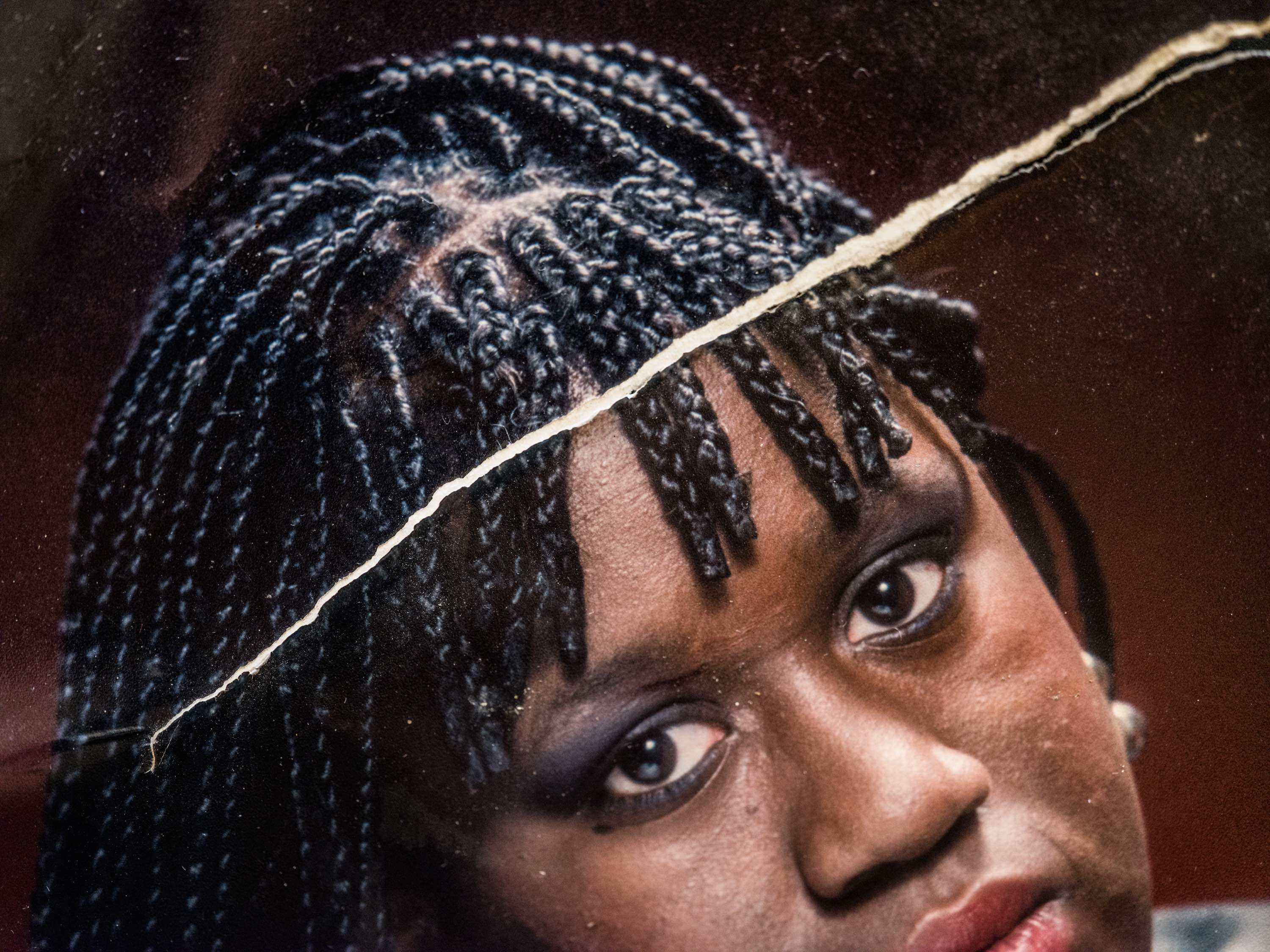 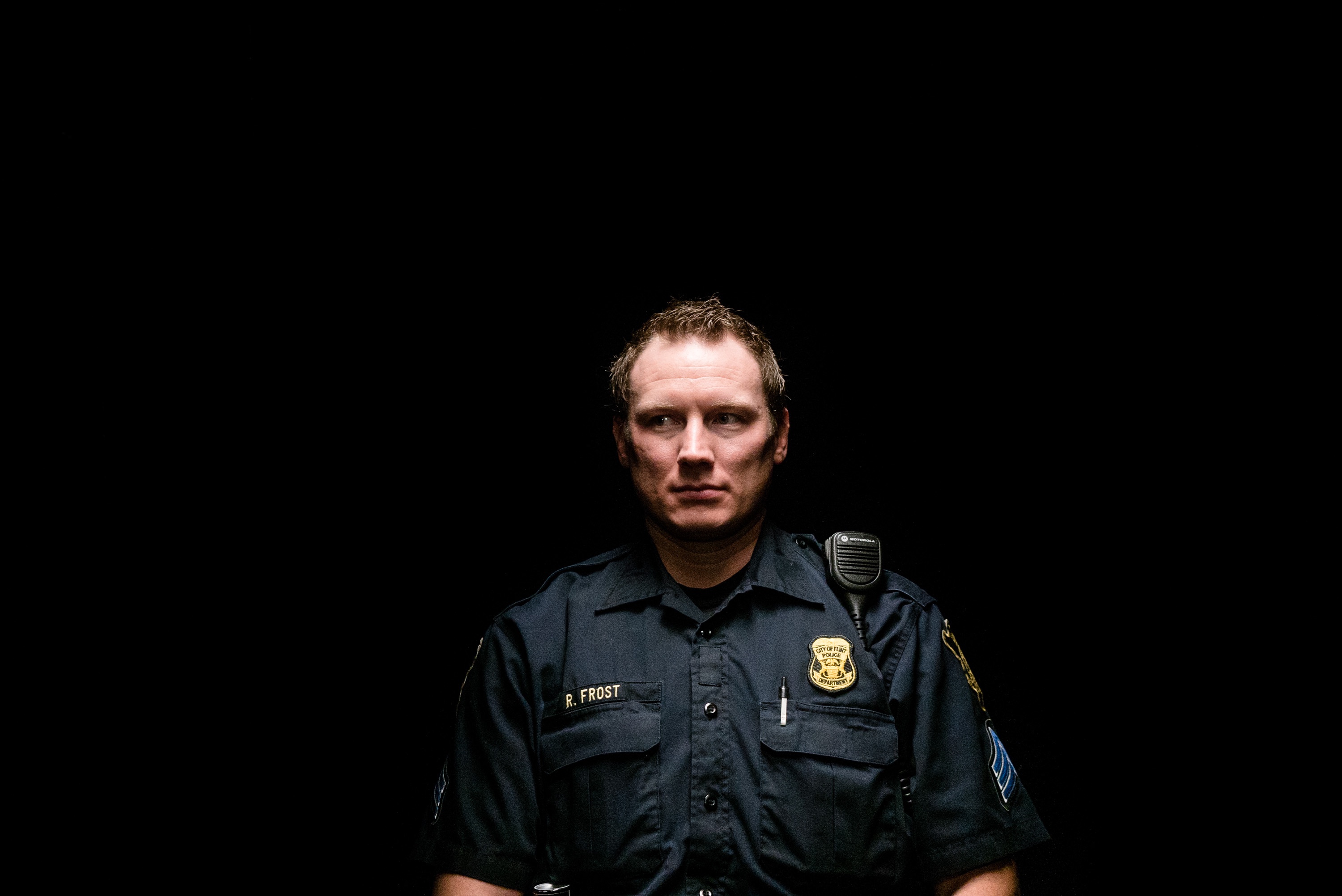 Sergeant Robert Frost has been working in Flint for over 12 years and has been fired and then rehired three times do to cutbacks. 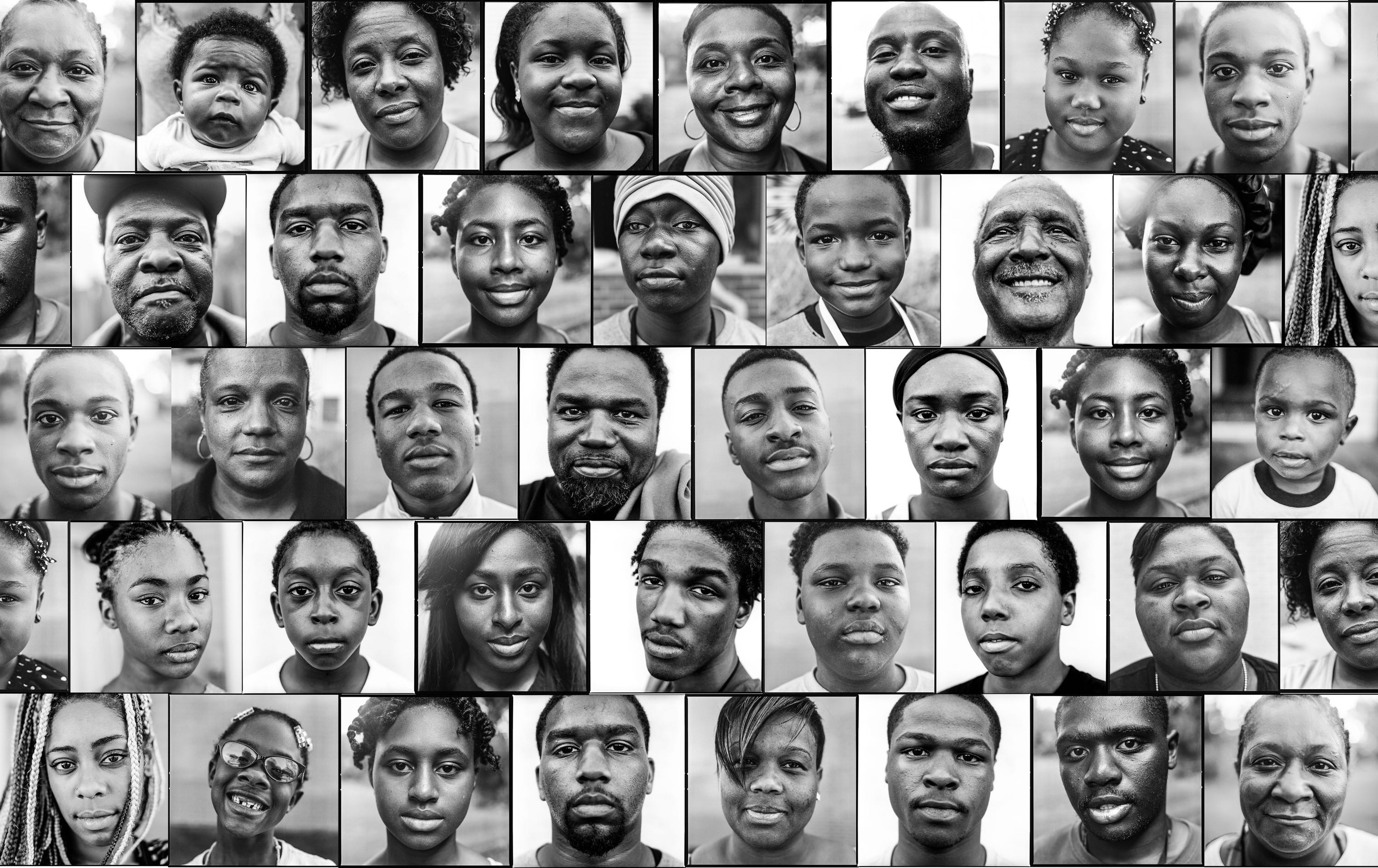 Flint Is A Place is on view at the Bronx Documentary Center through May 27, 2018.

Linkedin
RELATED ARTICLES
OTHER ARTICLES
A recent High Court ruling against the right to wild camp in Dartmoor National Park sparked the largest land protest in history – and campaigners say their fight is not over yet.
Social prescribing connects people with non-medical support to improve their health and wellbeing – but some experts worry it’s just a stick plaster solution.
Activists and campaigners are fighting back against new laws that would seriously undermine the ability to take industrial action, calling it an attack on fundamental workers' rights.
After blocking the Scottish government’s gender recognition reform bill, Westminster is now devising further changes to the law to make it harder for trans people to self-identify.
Tristan O’Neill’s shots of dancers caught in moments of reverie at the height of rave’s golden age are a testament to the UK’s legendary club culture.
A new exhibitions brings together the work of photographers who documented the deep unrest of these pivotal decades.