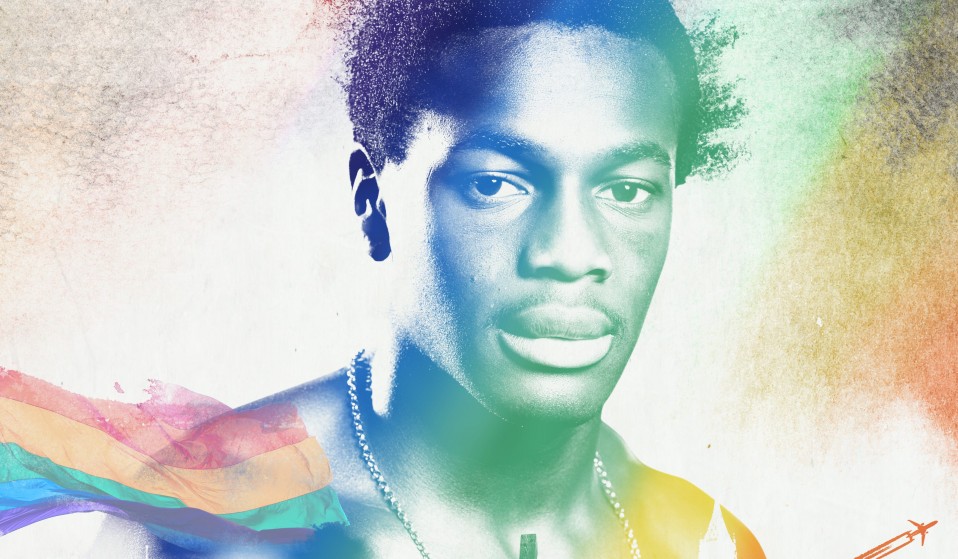 Justin Fashanu was a figure of fascination for tabloids until, at the age of 36, he hanged himself. A new documentary from Adam Darke looks back on his legacy.

Justin Fashanu was a figure of fascination for tabloids until, at the age of 36, he hanged himself. A new documentary from Adam Darke looks back on his legacy.

Justin Fashanu was the first openly gay footballer in the United Kingdom. He was also the first £1 million black footballer, and a figure of fascination for tabloid journalists until he hanged himself in 1998, at the age of 36.

A new documentary on his life, Forbidden Games, is out now and it tells Fashanu’s story with deft empathy. But, even after it reaches its harrowing conclusion, nothing is really resolved. Adam Darke, who produced and directed the film alongside Jon Carey, is more keenly aware of this than anyone. “I still don’t have the definitive answers about who Justin was or how his life played out,” he tells me. “Because not even his closest friends did. Even those who are closest to him didn’t really know him. And then you’ve got to really ask how well he knew himself.”

It’s remarkable that Fashanu’s story hasn’t been made into a feature-length biopic already, let alone a documentary. One of five children born to Nigerian parents in Central London, he and his younger brother John were given up for adoption by their mother when they were still infants. When Justin was six and his brother five, they were adopted by a white family in Shropham, Norfolk. They grew up as anomalies in an overwhelmingly white part of the country.

Both Fashanus were gifted footballers, and were both picked up by Norwich as schoolboys. Justin would light up the First Division in 1980, scoring the Goal of the Season and turning himself into a minor superstar at a relatively unfashionable team. On the pitch, he was quick, strong, and gifted in front of goal; off the pitch, he liked fast cars, nice clothes, and all the adulation that being a star in a provincial city could bring.

It was the £1 million move in 1981 to Nottingham Forest, managed by the notoriously blustering and eccentric Brian Clough, that precipitated Fashanu’s descent. At Forest, rumours spread about his late-night trips to the city’s gay clubs; he’d go AWOL for days at a time and Clough was incensed. In Forbidden Games, Fashanu’s agent, Bernard Mendy, says, “Justin Fashanu’s career at Nottingham Forest ended because he was gay.”

That’s a half-truth. On the pitch, Fashanu was awful, seemingly out of his depth at the then-European champions, scoring a paltry three goals in 32 games. In an interview at the start of that season, Fashanu commented on the “Fabulous players” at Forest. “I’ll probably be one of the worst players at the club,” he said. He turned out to be right. He lasted a year before being loaned out to Southampton. “From a football perspective and from an emotional development perspective, he was not ready for that move,” Darke tells me. “And he definitely wasn’t ready for Clough.” 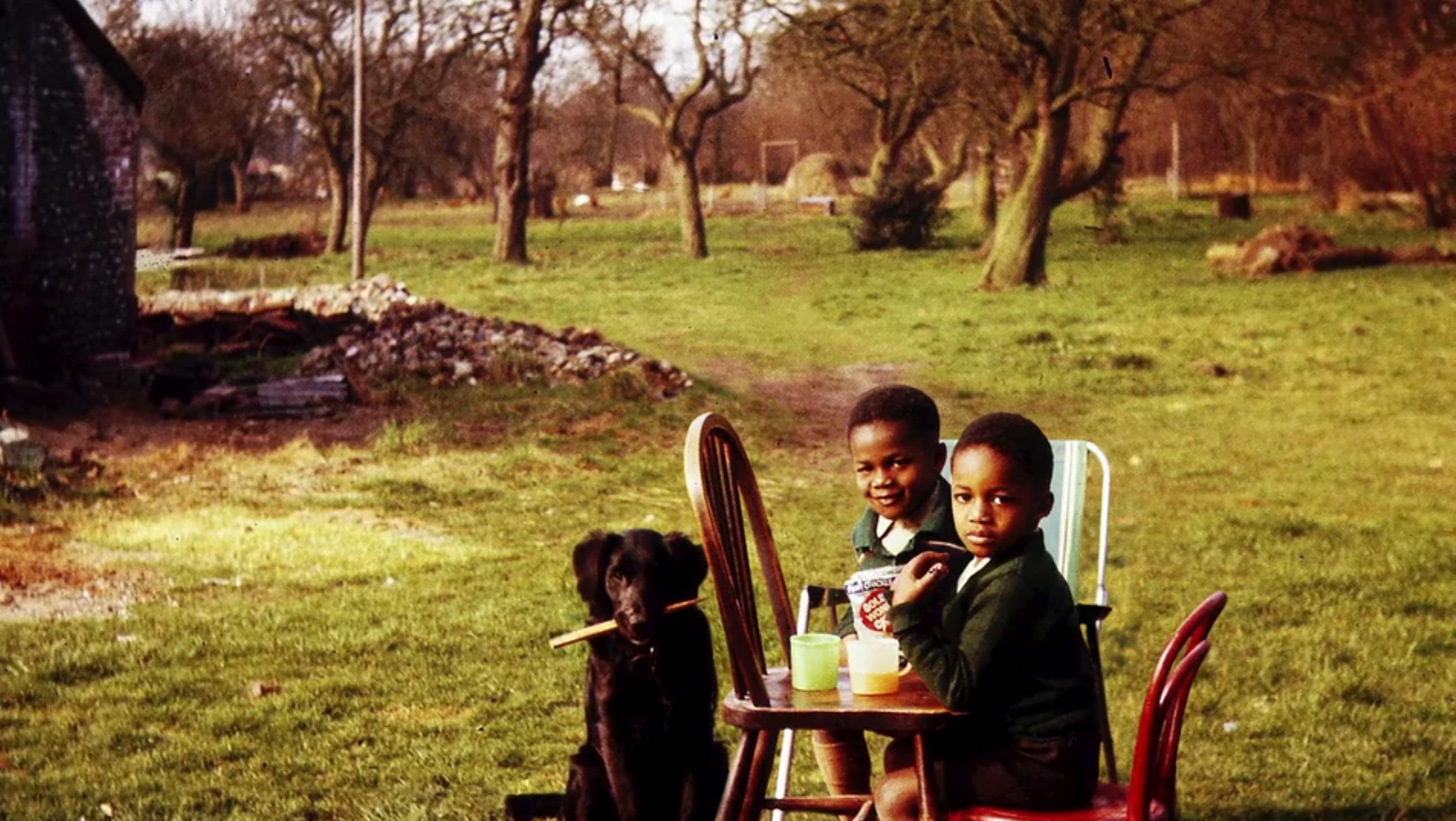 Fashanu hovered around the middle-tiers of English football for a couple of years, before a horrendous knee injury threatened to end his career. After expensive rehab in the US, he spent the rest of his career bouncing between the UK, the US, Canada, and even New Zealand, playing for ever-more anonymous teams.

But throughout his increasingly nomadic career, he remained a figure of fascination for the tabloids – and it’s here that Forbidden Games really mines for its pathos. Justin’s sexuality had become an open secret by the late ’80s. When he did come out of the closet, in an interview with The Sun in 1990, he stoked the talk with revelations about affairs with male MPs. Two years later, he and Coronation Street actress Julie Goodyear were photographed together in an attempt to convince people that they were in a heterosexual relationship. “Of course he wasn’t,” Darke says bluntly. “He was homosexual.”

Forbidden Games doesn’t lose sight of the fact that Fashanu needed money and that the tabloids could offer him that in return for ever-more salacious details about his love life. But, after spending two years poring over Fashanu’s archives, Darke sees another layer. “I feel like he was craving fame,” he tells me, “but it wasn’t really about the fame. It was about giving him an identity, that’s what I always felt. If he was written about and talked about and photographed, then it felt to me like he was worth something, like he was something. And if he wasn’t in the papers and he wasn’t playing football and he wasn’t high-profile and he couldn’t drive the best car, then what was he?” 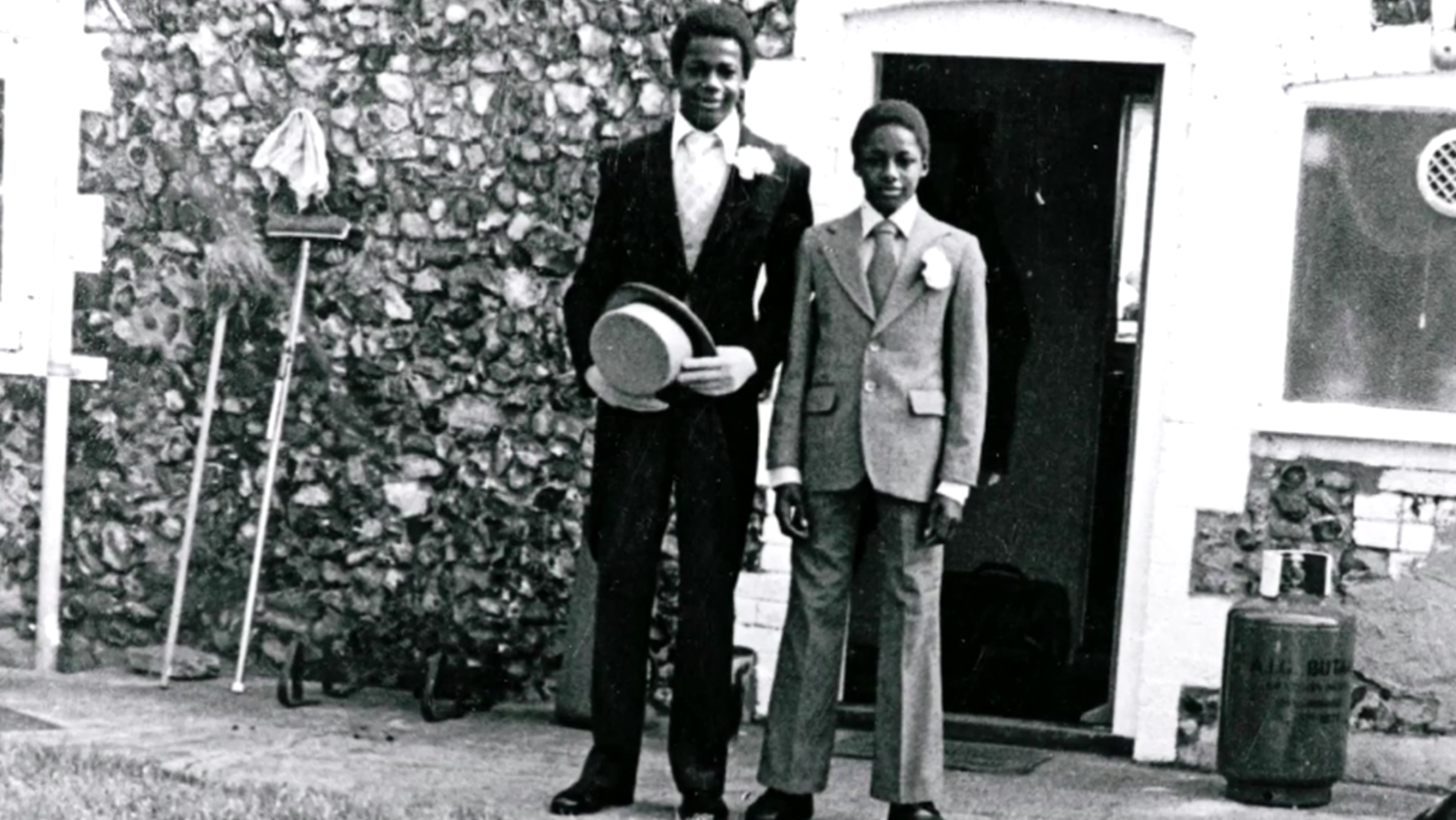 That question of Justin Fashanu’s identity is thrown into starker relief by Fashanu’s relationship with his brother, John. Rejected by Norwich when Justin was on the rise there, John made a name for himself at Wimbledon after moving there in 1986, even representing England twice. Forbidden Games pulls from contemporaneous interviews with the younger Fashanu and in most, he seems unreservedly bitter about his brother’s fame. “I couldn’t go anywhere without people calling me Justin,” he says in one interview, sitting next to a young Vinnie Jones. “I think more people now are starting to call him John, so that’s a nice change.”

But Forbidden Games also features interviews with John Fashanu shot specifically for the film. It creates an uncomfortable atmosphere. John talks openly about his successful effort to stop his brother from joining him as a player at Wimbledon as he recovered from injury, stating quite clearly that it was no more than vengeance for “what he’d done to me.” You rarely get the feeling that John is trying to justify anything – he speaks quite plainly but hurriedly about what was, at best, an extremely complex relationship.

Practically joined at the hip as infants, John all but abandoned Justin after he came out. The week after the story in The Sun, John gave an exclusive interview to The Voice under the headline “John Fashanu: My Gay Brother Is an Outcast” and followed that up with more homophobic comments to the press. They barely spoke again. While he later admitted that he regretted many of the things he said after that, he remains a conflicted part in Justin’s story. In a 2012 interview with TalkSport, he said that he didn’t think that Justin was gay after all, that his brother was merely seeking attention. In a recent interview with The Guardian, curiously promoting Forbidden Games, he hardly seemed to have reconciled his feelings. 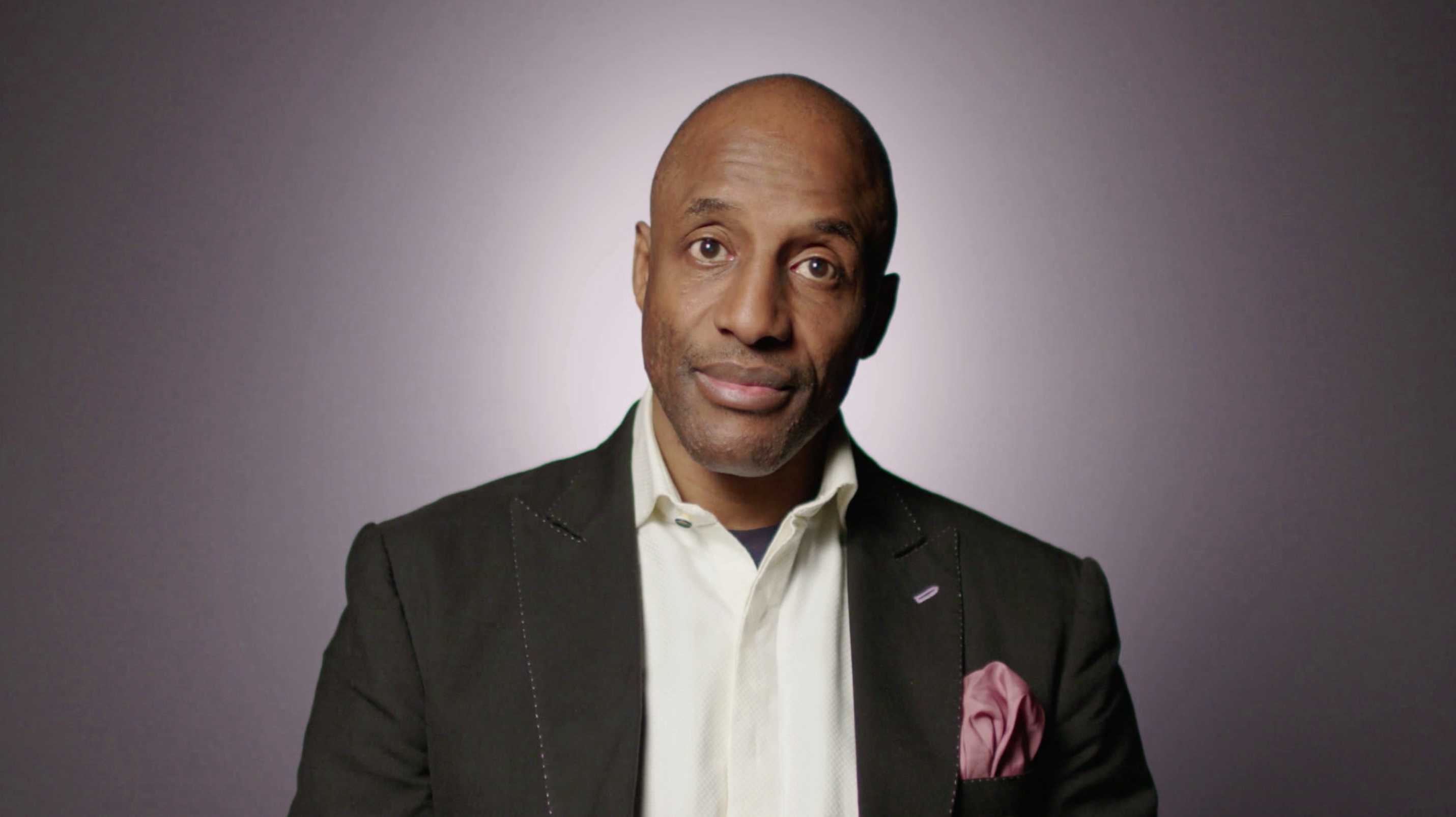 Darke says that it was no challenge getting John to speak for the documentary: “If you know John, you know that he likes PR and he likes talking about his story.” (John was a presenter on Gladiators in the 1990s and has appeared on TV plenty since then). But, despite that apparent candour, Darke sensed an emotional distance from John. “I always felt like he was speaking about someone else’s life,” Darke tells me. “When he talked about Justin and John, he would often say, ‘it’s a Cain and Abel story.’ And he always seemed very detached from the narrative that actually was his own.”

In the end, Darke says, the two brothers were seeking the same things. “Both were seeking acceptance, validation, fame – they were looking for external things, for a sense of identity. That was always my sense with Justin from the archive and it’s sort of my sense with John from meeting him as well.”

Despite the personal nature of the tragedy, Forbidden Games is as much a movie about its era as it is about Fashanu. Forbidden Games makes sure to keep its subject grounded in his time. They include a Margaret Thatcher quote from 1987: “Children who need to be taught to respect traditional moral values are being taught that they have an inalienable right to be gay… all of those children are being cheated of a sound start in life.” A little later, there’s a clip from a speech by the Tory MP Elaine Kellett-Bowman who calls homosexuality “unhygienic” and “a perversion.” 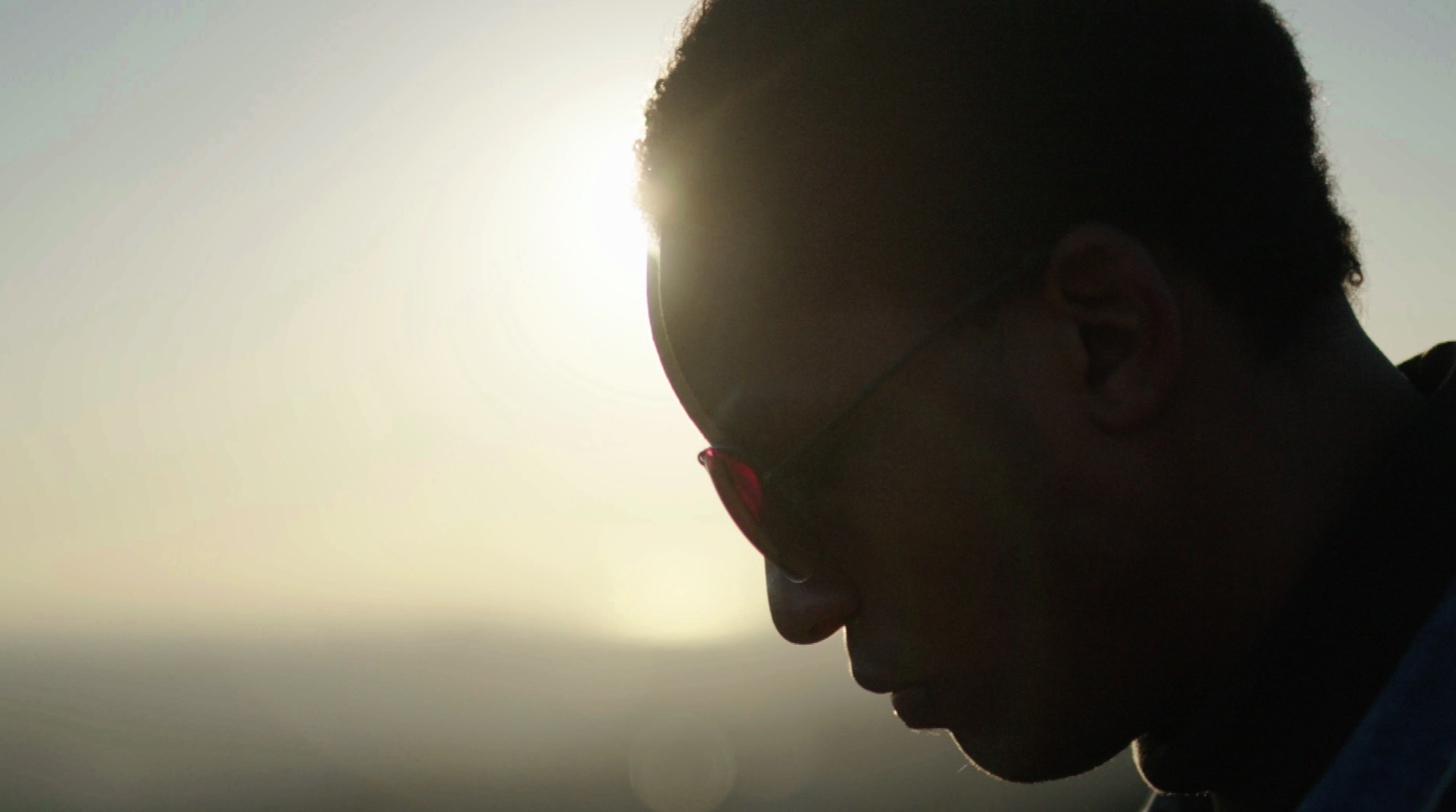 But while language might have shifted, real change seems to lag behind – at least in football. Fashanu wasn’t just the first professional footballer in the UK to come out while playing – he’s also the last. “If you said to me, how would a homosexual player be received today? I don’t know,” Darke tells me. “For the home supporters? And he was part of their team? Maybe that would be accepted and understood, perhaps. Away supporters? I don’t know; they’re cruel, aren’t they, and they’ll pick on anything.”

However much we try to generalise that notion, the circumstances that led to Fashanu’s demise are unique. Forbidden Games shows us a man constantly in conflict with himself, almost to the point of self-sabotage — a gifted player and magnetic personality who couldn’t find any peace.

“In terms of his upbringing and being a black boy and then a black footballer in that era, and then having to deal with all the issues that came his way because of that, and then coming out as the first openly gay footballer and dealing with the fallout from that — yes, to a large degree, circumstances dictated his downfall,” Darke says. “But at the same time, I think there were stopping points along the way where Justin didn’t help himself.” Darke uses Fashanu’s time at Leyton Orient, around the time he came out, as an example. There were players there who wanted to help him, who said that they’d support him if he ever wanted to talk.

“He tended to run away,” Darke says. “When things got comfortable for him and he had that support around him and he began to feel at home, he began to run away. I would guess that was because he feared losing it? Maybe he was chasing intensity?” With Justin Fashanu, it seems, there aren’t really answers to those questions.

Forbidden Games is available to view on Amazon and iTunes now.

Linkedin
RELATED ARTICLES
OTHER ARTICLES
The author discusses her new memoir, which offers a sobering reflection on the racism and otherness she’s experienced along with a joyful celebration of her culinary heritage.
A new series of photos by Johny Pitts shines a light on communities and subcultures that have all too often been overlooked.
Steel City is often overlooked when it comes to the country's cultural radar despite its role in shaping electronic music.
Protestors gathered outside Downing Street following the latest atrocities committed by Israel against Palestinians living in the besieged strip.
After rewriting the indie rulebook with her devastating songs about romantic longing, the singer-songwriter is now imagining a future in which the artist is no longer a product.
From the chip shops, to the bingo parlors and burlesque dancers, photographer Mike Coles remembers capturing scenes of holidaymakers by the English coast.