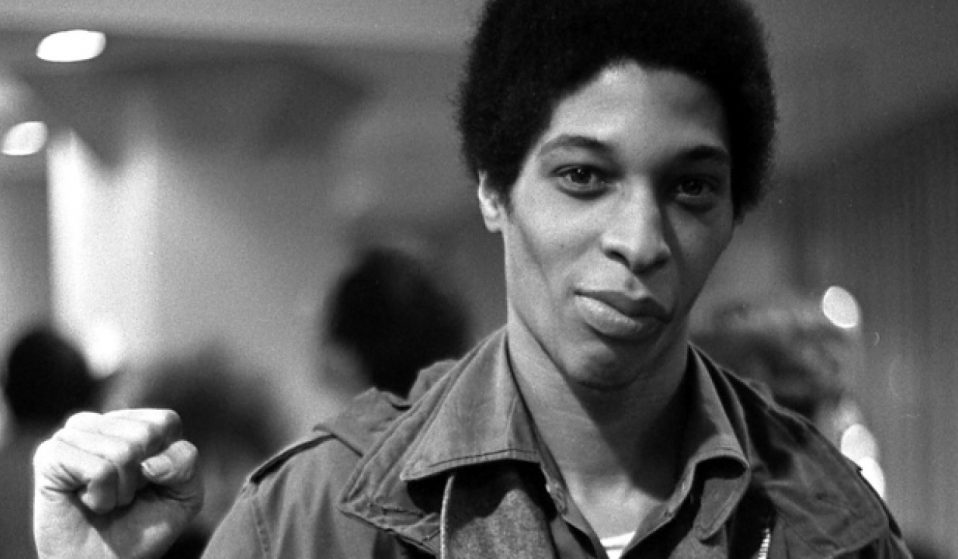 Oliver Wright, Head of Programming at the festival that celebrates “the art of non-fiction”, picks his highlights from this year’s programme.

From factory workers battling the Japanese government to the mysterious, online world of Morgellons disease: Oliver Wright, Head of Programming at the festival, picks his highlights from this year’s programme.

Now in its eighth year, Open City Documentary Festival is returning to London from 4 – 9 September.

Open City holds a unique space in the festival calendar, celebrating “the art of non-fiction” and challenging pre-conceived ideas of what a documentary can look and feel like. Naturally, the 2018 lineup is both challenging and diverse: there’s an equal balance of male and female identifying directors, all of whom are showing work from across various continents and cultures. As well as hosting 30 features and 48 shorts, there will be retrospectives of filmmakers Kazuo Hara and Penny Lane.

From the favelas of Belo Horizonte, to the heavily contested Donbass region of Ukraine, and a former detention village in Cambodia, the festival has curated a fascinating programme. There’s the aforementioned Belo Horizonte story Baronesa (which will open the festival), and Golden Dawn Girls, which follows the women taking the reins in alt-right politics. Elsewhere, the personal and political collide in films tackling conflict in Northern Island and youth protests in the Republic of Congo.

Ahead of the festival, Huck spoke to Oliver Wright, Head of Programming at Open City, in order to navigate the extensive list of films on offer.

Flight of a Bullet

“This is a really remarkable film by Russian filmmaker Beata Bubunec. It’s shot in a single 80 minute take in the midst of an armed dispute in Ukraine’s heavily contested Donbass region. In the aftermath of a skirmish, Bubunec follows armed forces as they bundle a local man – taking exception to being filmed – into a car before driving him away for interrogation.

What unfolds next is extraordinary and at times almost unbearably tense, but it’s just as captivating to observe the goings on behind the camera. To witness a filmmaker negotiate their way through this kind of situation, moment by moment, making tough decisions in incredibly challenging circumstances is thrilling and fascinating. Ultimately, the film is as much a study on the role and responsibilities of the filmmaker in a conflict zone as it is a depiction of life during wartime.”

“This is a film about the lives, and inner-lives, of several generations of women in contemporary Kyrgyzstan. Artist Aminatou Echard reveals their stories by asking them to respond to that of Jamilia – the main character in the classic Kyrgyz novel of the same name – who escapes from her husband following a forced marriage to be with her lover.

The audio testimony is laid over un-synced, impressionistic Super 8 portraits of the women which makes the film appear almost dreamlike. It’s a very delicate film but at the same time a very powerful one.”

“Musician, DJ and producer, Nabihah Iqbal will present the Winterfilm Collective’s 1972 filmed accounts of soldiers returning from the Vietnam War, Winter Soldier. The film captures the testimony of over one hundred Vietnam War veterans gathered to testify in an unprecedented public inquiry into the atrocities committed by American forces in combat.

The event was barely reported to the American public at the time and the film was banned in the US for sometime after its initial release. It’s raw, angry political filmmaking which is still relevant and powerful today. The film will be followed by a discussion and an evening of music from Nabihah Iqbal and Haseeb Iqbal inspired by the film, featuring protest songs and music from the anti-war movement from 1950-1975.”

The Pain of Others

“Screening as part of our focus on American filmmaker Penny Lane, The Pain of Others is a found footage essay exploring the online world of Morgellons disease. Morgellons is a medical mystery with thousands of sufferers claiming to experience a persistent crawling sensation under their skin, thin fibres growing out of their body and a host of other symptoms.

When traditional doctors offer no answers, those affected by the disease turn to YouTube and an online support community of other sufferers uploading candid home-videos about their experiences. These videos are the basis of this original and unsettling film from an exciting voice in non-fiction storytelling.”

The Best Thing You Can Do With Your Life

“Made by exciting new filmmaker Zita Erffa, in this bold, brave film the director attempts to reconnect with her estranged brother, lost to her since he joined the ultra-conservative Catholic brotherhood of the Legionaries in America, a church whose strict rules and regulations prevent almost all contact with the outside world. It’s been eight years since she last saw him, and while much has changed, their roots remain the same.

Trying to understand his decision and those of the other young men devoting their life to this calling, she travels to Connecticut, granted unprecedented access to film in the monastery, making this unique, unpredictable film about what it means to sever all ties and sacrifice everything for the thing you believe in.”

“Our focus on master Japanese documentarian Kazuo Hara includes a masterclass, his two classic films Extreme Private Eros: Love Song 1974 and The Emperor’s Naked Army Marches On, and the UK premiere of his latest film, Sennan Asbestos Disaster. Filmed over the best part of a decade, the film follows a group of factory workers battling – over a long, gruelling court case – against the Japanese government for compensation for deadly respiratory diseases caused by exposure to asbestos.

It’s an incredibly moving portrait of a community quietly and persistently oppressed by an uncaring bureaucratic machine that, while perhaps less confrontational and incendiary than Hara’s earlier work, is certainly no less powerful.”

Those Who Come, Will Hear

“This film, screening as a European Premiere, is a series of encounters with the speakers of several indigenous languages of Quebec whose dialects face extinction. The film mixes sensitive, observational portraits of life in the communities where these languages are still in use with vivid field recordings of both song and spoken word.

Simon Plouffe is a sound engineer as well as a filmmaker and has used his recordings to create a dense and rich soundscape which makes the film really immersive. As an archival project it’s extremely important, but it’s also deeply impressive as a piece of filmmaking. It’s one of the most unique and unclassifiable films we have in the programme.”

“Luise Donschen’s debut feature is a highly inventive and original film essay on the nature of seduction and human desire. Taking the mating habits of finches as a starting point – the titular gene supposedly compels male birds to mate with as many partners as possible – Donschen then spirals out through a series of ingenious interconnected vignettes that explore the many sides of human attraction.

The film is beautifully shot in 16mm by filmmaker and cinematographer Helena Wittman and there is a real precision to the way it has been constructed, but it also has a wonderful free-wheeling quality which keeps you genuinely unsure as to where it might go next. Donschen, and Wittmann – whose short film 21.3°C will screen with the feature, alongside a sound piece they made together – are major talents so it’s very exciting to have their work showing together here at the festival.”

Linkedin
RELATED ARTICLES
OTHER ARTICLES
We introduce our series spotlighting the voices of people who’ve been impacted by anti-abortion laws and anti-choice protestors.
Susan Pektaş’s new photo series delves into multiple cultural layers of the region with a touch of personal mysticism.
An abortion storyteller talks about the termination of her pregnancy and the harassment she’s received for sharing her story online.
Danny Burrows discusses his new series of images documenting an pacifist anabaptist community who lead an alternative way of life.
With the UK now set to run out of vaccines, people working in the sex industry – particularly outside of major cities – have been left especially vulnerable, reports Brit Dawson.
In the latest instalment of Photographers in Conversation, the creator talks portraiture, platforms and taking inspiration from Little Simz.