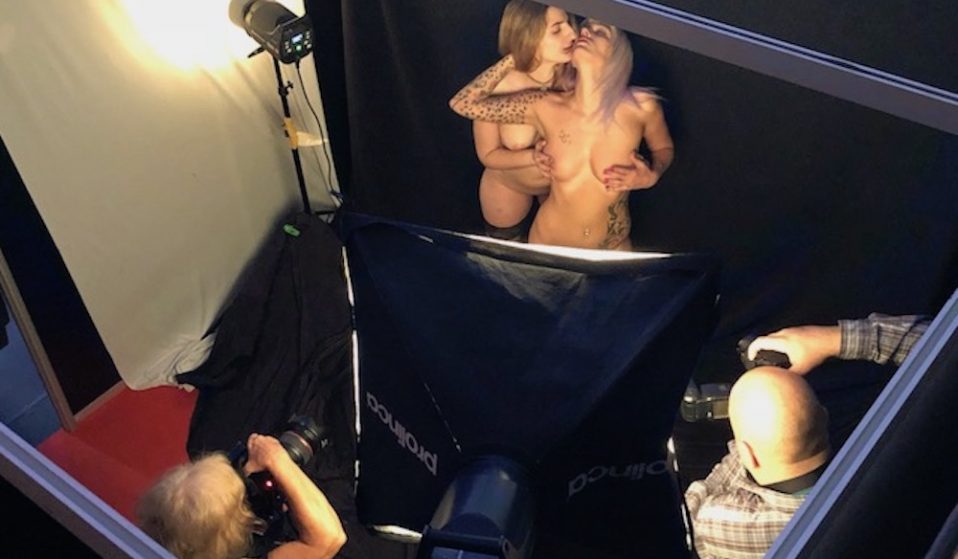 Two hours later, that very same screen was broadcasting a live sex show that was unfolding directly beneath it: two hulking men in nothing but combat boots, wearing expressions somewhere between ‘orc in combat’ and cinnamon challenge, pumping up against either end of slight blonde woman on all fours to a techno remix of ‘Bittersweet Symphony’.

At their feet, a compact huddle of some 40 bodies pressed up against the stage, phones and cameras brandished above their heads like a mass of swaying alien eye tentacles. It was a crowd that consisted exclusively of balding, middle-aged men.

In April, a high-profile trial known as the Wolf Pack Case saw a young woman accuse five men of gang-raping her during Pamplona’s 2016 Running of the Bulls. The case concluded with the men being acquitted of rape, and the ruling conceded that, while the plaintiff had undoubtedly suffered abuse, she had not been violently coerced into the act – thus downgrading the crime from rape to “abuse.” Women throughout Spain revolted, launching the country’s own #MeToo moment. 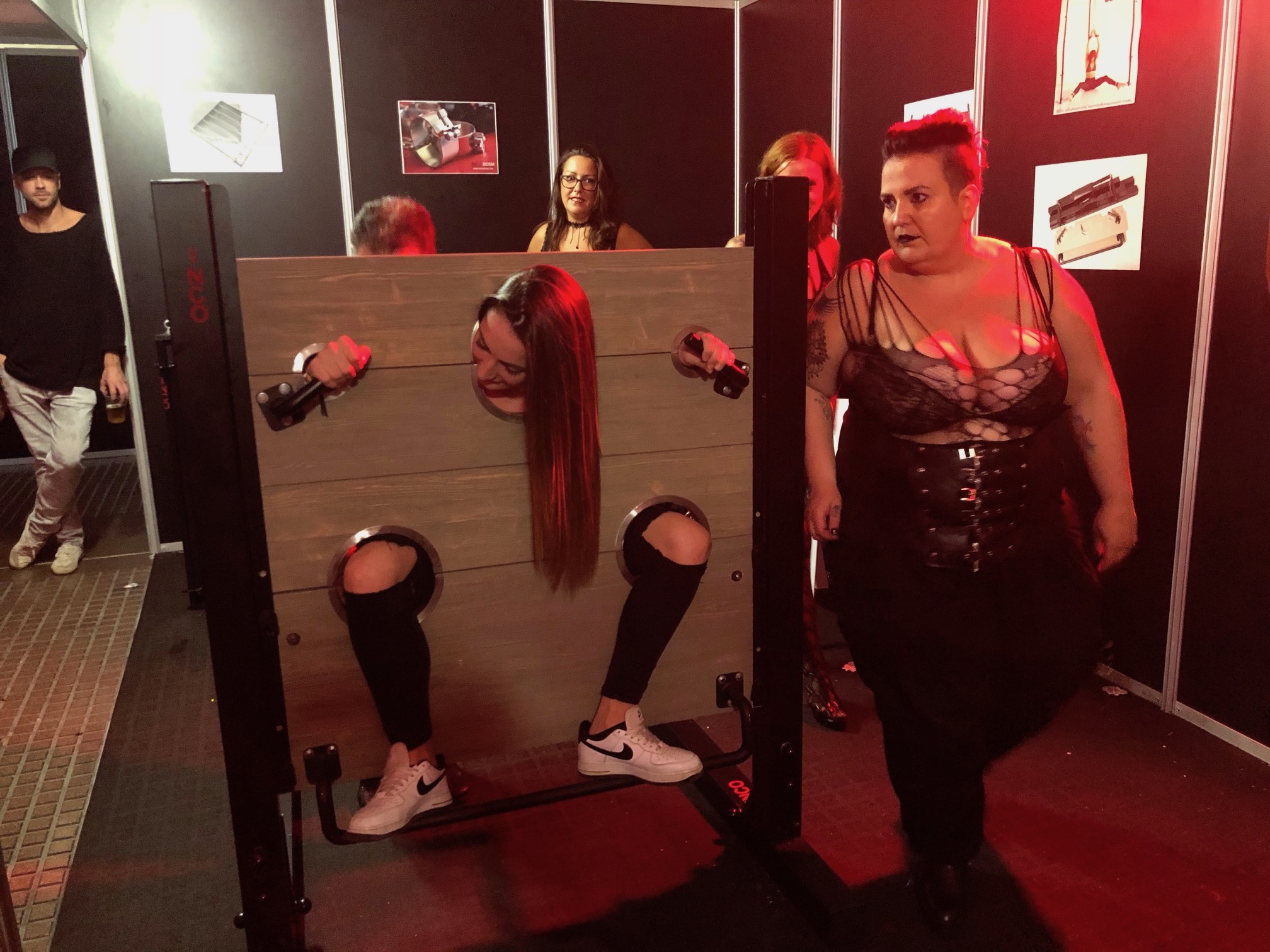 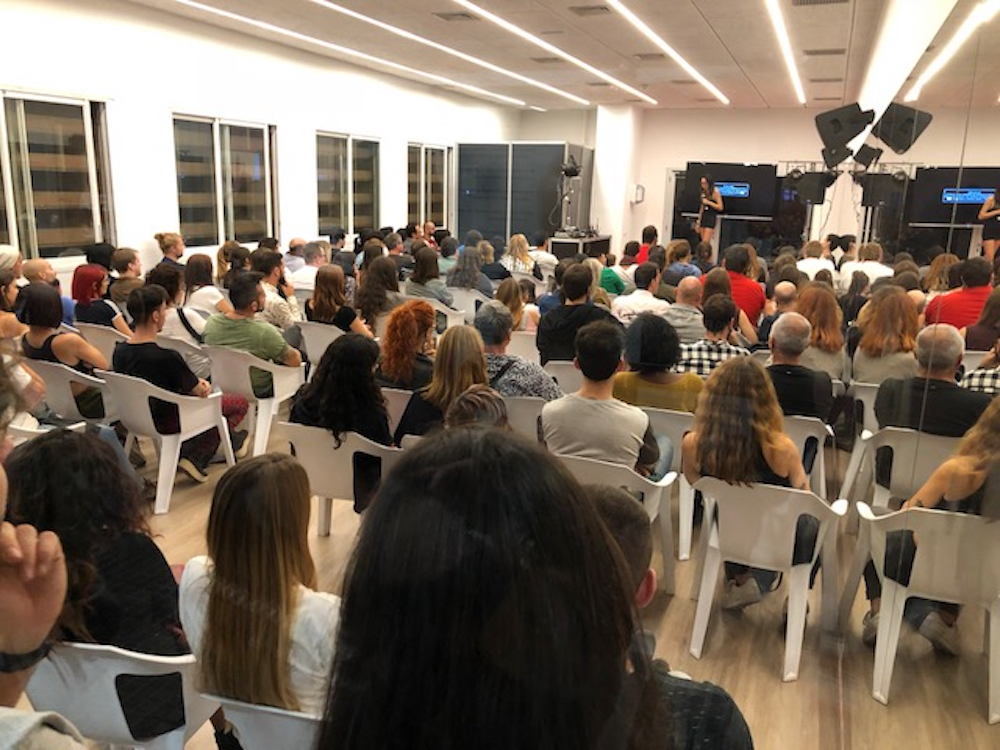 As the movement gained ground, some prominent feminists began pointing fingers at pornography for normalising the kind of consent-less sex at the heart of the case. The duo Towanda Rebels – social media darlings best known for their YouTube takedowns of prostitution in Spain – claimed that porn is “what educates Wolf Packs” in a widely shared video. So, in late Spring, a group of women who’d previously worked at the Salon met to lay down some new rules. First, there would be no rape scenes or anything depicting coercion on stage this year. Second, there would be hourly sex-positive workshops. Third, for the first time in the festival’s history, female producers and directors would be at the head of every major department.

On the Thursday night I attend the Salon, it’s hard to find anything feminist about it. Female performers are pounded onstage. Act over, they totter off and are immediately accosted by zombie-like hordes of men, cameras at the ready. Some gingerly place their arms around the performers’ shoulders; others pose lewdly or shove selfie sticks between the women’s legs when their backs are turned. Women in the audience, me included, get leered at more often than we’d hoped. 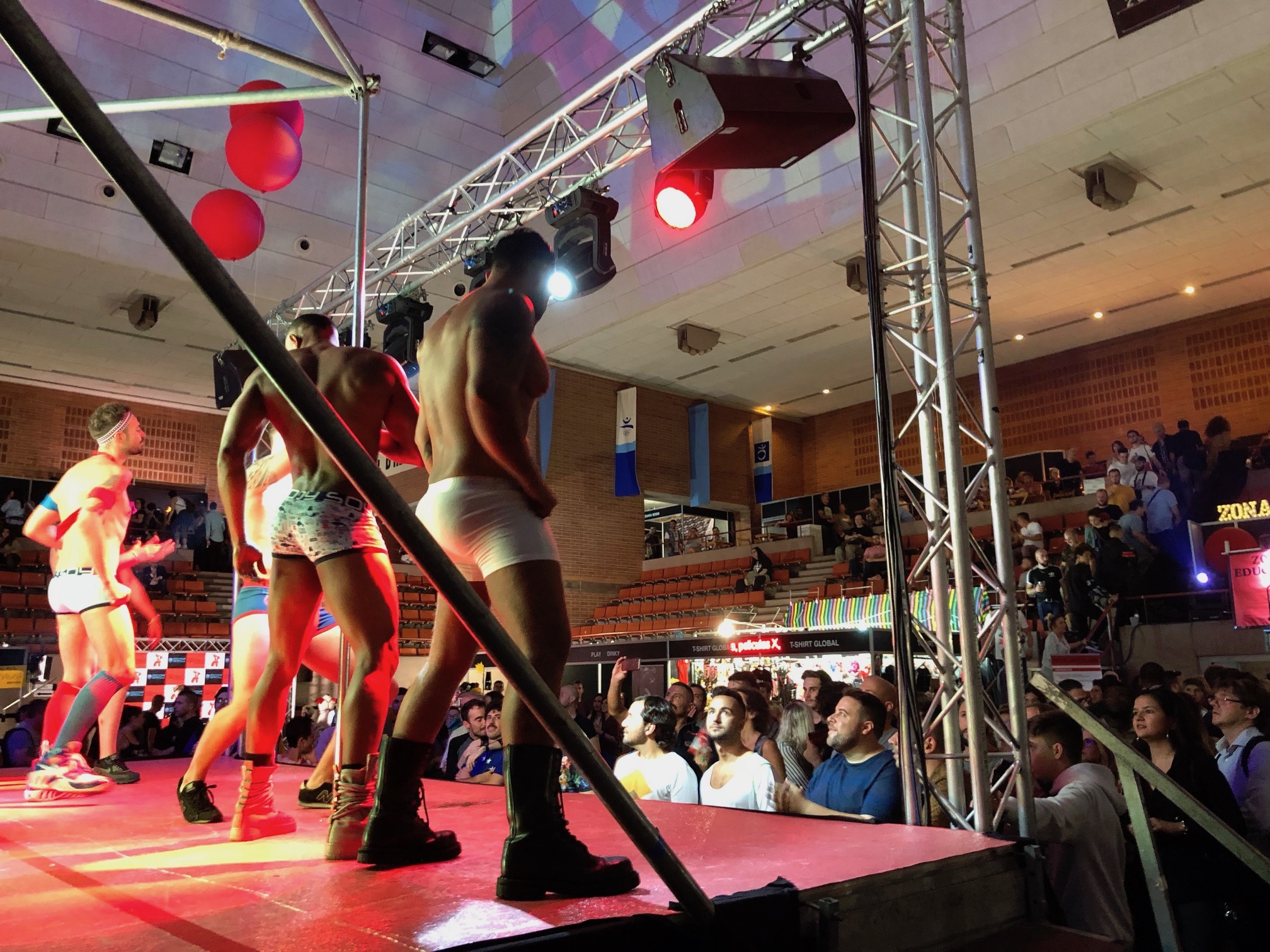 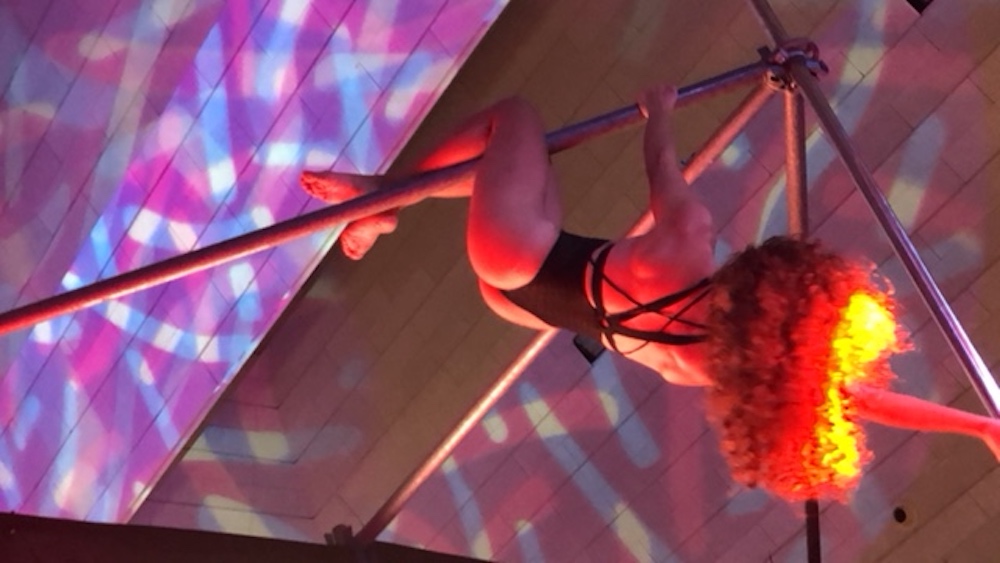 Feminism, if it is here, is in the details. A sex toy stand advertises a variety of contraptions for women’s health and pleasure. Menstrual cups are prominently displayed. During an amateur sex show, a moderator instructs a man forcing a woman’s head while she fellates him to let go, intoning in a singsong baritone, “She knows what she’s doing, let her do it.”

A tantric massage workshop is filled to the brim with young couples, who watch a professional gently massage a tired-looking performer. A young woman swats her boyfriend to make sure he’s watching.

“There’s very little sex ed in school,” Montse Iserte, the Salon’s pedagogical director, confirms. “It’s generally focused on sexually transmitted diseases and methods of contraception. That’s not enough. We believe that from the time kids are young, there should be education on not just sexuality, but also communication, the emotional side of it.” 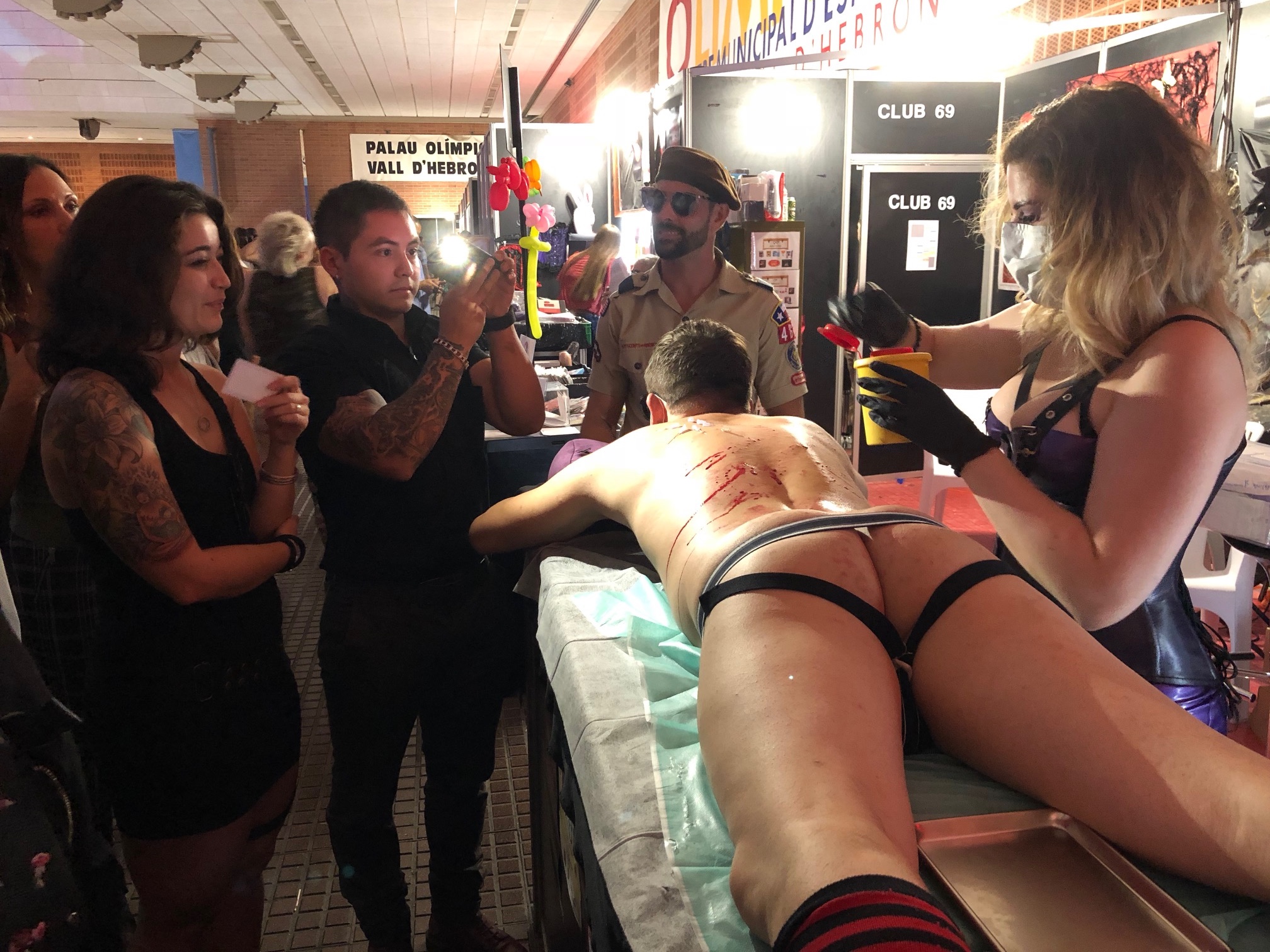 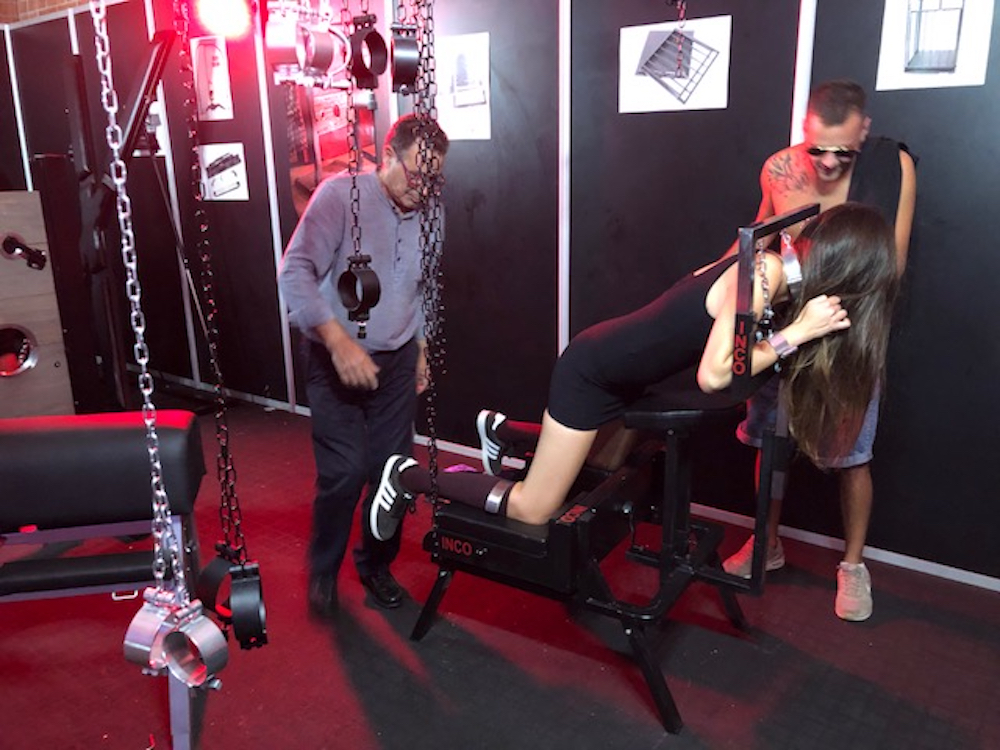 Iserte is particularly pleased with the sex-positive workshops’ turnout. For the first time in the festival’s history, the workshops are equally as popular as the sex shows. In time, she hopes, the workshop goers will become the majority, which in turn will help transform the live sex shows from the raunchy affairs they are now into the more ethical and feminist presentations Iserte and her colleagues aspire to.

While the industry – both indie and mainstream – should be responsible in its messaging, Lust believes what should really be happening is government spending on sex-positive and consent-based sex ed programs.

Linkedin
RELATED ARTICLES
OTHER ARTICLES
Photographer Alice Mann reflects on capturing the camaraderie and discipline it takes to succeed in a highly-competitive sport.
From Brooklyn gang members, to Welsh miners and the residents of East Harlem, Bruce Davidson used his camera to shine a light on the most marginalised.
From the queues outside to the last ones standing, Francesco Mellina’s new photo book follows a night that has gone down in the Northern-Soul history books.
In 1984, Martin Shakeshaft set out to document the miner’s strike as it really happened, using his photography as a tool for activism.
The photographer reflects on building trust with his subjects and using the street as his studio.
In Sheffield, food delivery drivers are fighting back against one of the giants of the gig economy.