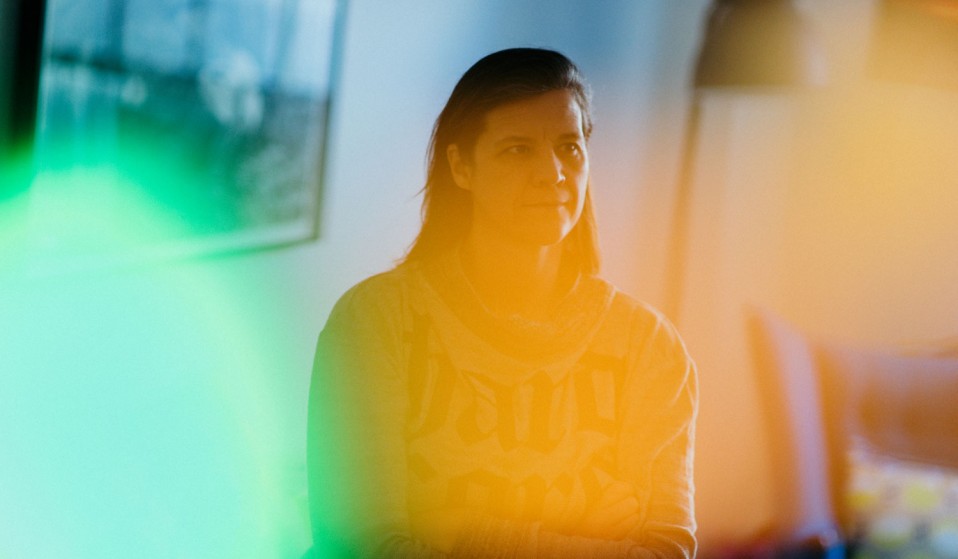 Kirsten Johnson has spent 25 years capturing candid moments in tense situations around the world. Now she's laying that process bare – ethical warts and all – to interrogate the camera's power.

Cinematographer Kirsten Johnson has spent 25 years capturing candid moments in tense situations around the world. Now she's laying that process bare – ethical warts and all – to interrogate the camera's power.

A boxer storms out of the ring, incandescent with rage. He prowls around the dressing room, cursing the result, punching the wall. Then he realises that he’s being filmed.

For a split-second, it looks like he may lunge for the camera or at least demand that it be turned off… but he doesn’t.

Instead he storms back out to the arena, filmmaker in tow, before sobbing into the arms of his mother, who tells him: “Don’t get mad. There’s a lot of people watchin’. Control yourself.”

This is a scene from Cameraperson, a transgressive documentary that blurs the lines between personal and public, impartiality and intent, chaos and control.

It pulls together candid outtakes from other movies – captured by Kirsten Johnson over a 25-year career in cinematography – and turns them into a revealing self-portrait. But it also doubles as a primer in filmmaking ethics.

Making a documentary, Kirsten explains, is all about navigating game-changing situations. You never quite know where the story will go or what decisions it will demand.

“You’re operating in a place of faith and mystery, trying to create moments where it’s possible just to observe what’s happening and still believe that it will be meaningful,” she says.

“But just the presence of a camera and the capacity to edit involves a power dynamic – one that plays in many different ways, whether you realise it or not.” 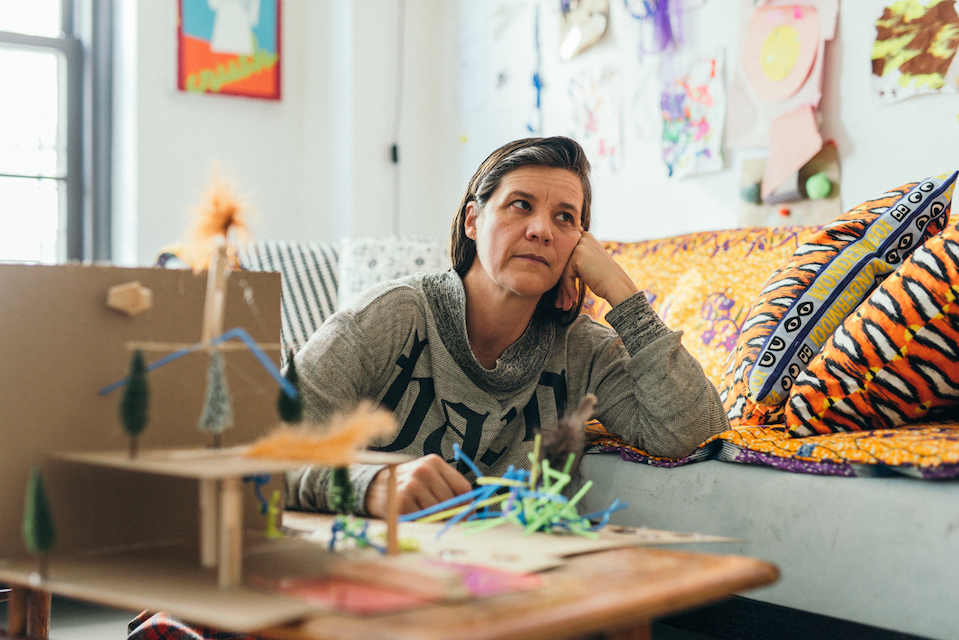 In 2012, Kirsten had spent three years tracking the life of a young woman in Afghanistan when the protagonist pulled out over safety concerns.

Initially she assured the woman that nobody she knew would ever see the film. But that no longer held true. Kirsten had been stuck in the mentality of a pre-internet documentarian.

Not only had video sharing become all-pervasive, but anyone with a phone could film someone else and present it without context.

That wake-up call forced Kirsten to reconsider all sorts of questions about promotion, complicity and access.

“I always struggled with those thoughts but we’re now at a moment in history where the way we process information is critical,” says the 51-year-old.

“The wild complexity of the planet is something we’re still learning more about every day and I think this relationship between people and images has entered a new dimension that none of us quite understand.” 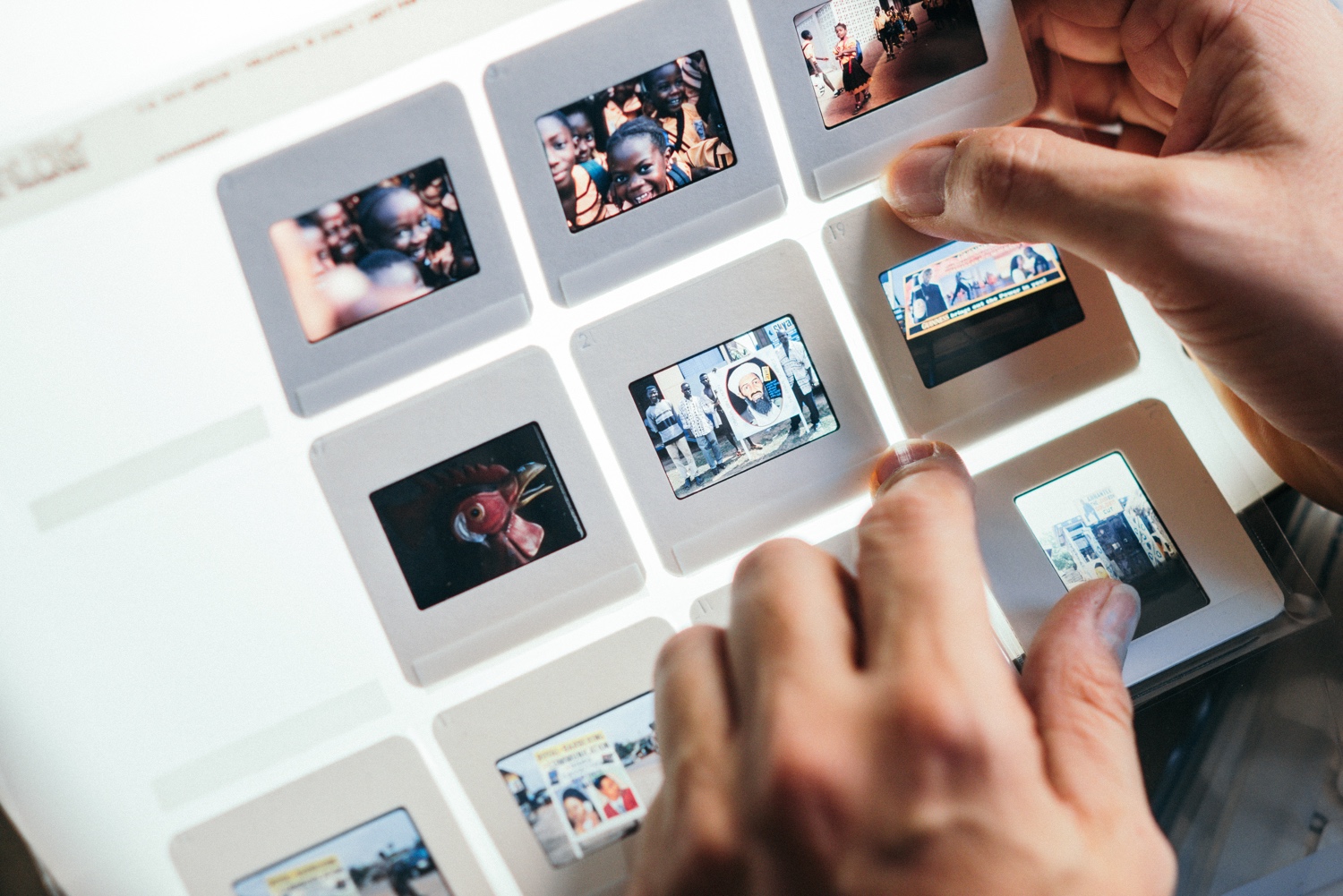 Kirsten grew up in a religious family of Seventh Day Adventists in Wyoming, never seeing a film until she studied fine arts and literature at Brown University.

She ended up studying cinema in Paris and travelling the world – working with directors like Laura Poitras and Michael Moore – while learning just how many different ways life can be narrated.

But that setback in Afghanistan inspired Kirsten to make a different kind of film. Pregnant with twins, she recognised that her work would mean coming and going from their lives, constantly heading off for brief but intense relationships with strangers in far-flung places.

Determined to somehow communicate that experience, she began compiling all the moments that had left a mark on her – to immortalise those memories, if nothing else.

“Early on in my work I’d feel frustrated after really connecting with a particular person or story only for it to end up irrelevant to the finished film. The material would just disappear into the ether and, on some level, there’d be a feeling of personal loss. But over time, it made me appreciate this incredible multiplicity of perspective.”

As high-minded as all this may sound, Kirsten is a blast to have a conversation with. It’s easy to see why people reveal themselves to her – she’s warm, funny and incredibly attentive. 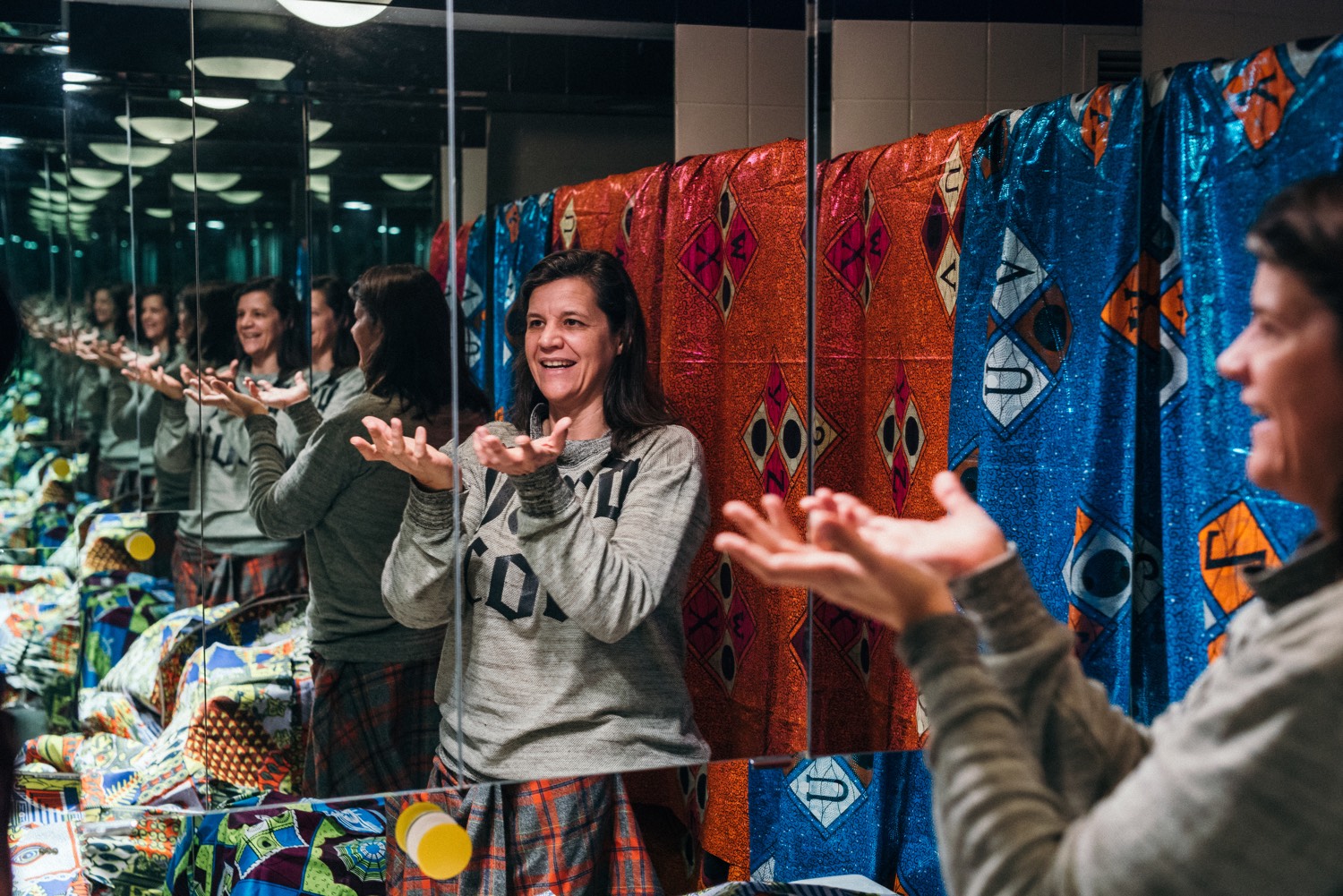 “My enthusiasm for the most odd little things is pretty palpable,” she says with a giggle.

“I’ll film for 14 hours and the moment I put my camera down, something will make me say, ‘Ohhh, I can’t believe I missed that!’ I think that level of investment in the magic land of visual storytelling means I often get laughed at.”

Still, there are moments in Cameraperson that catch your breath. A toddler gets dangerously close to an axe, determined to play with it. We hear Kirsten gasp… but she opts against intervening, letting the camera run until the child loses interest.

Being ‘ethical’ is a constantly moving target, she says, and that situation felt emblematic of the dilemmas you fall into as a documentarian.

As it turns out, audiences in Bosnia found it amusing that she deemed that clip significant at all. Kids there learn to play with axes early on, so all they saw in that moment was her foreignness.

But several scenes in the film have been interpreted in all sorts of ways, she says, with each one revealing more about the viewer than what’s actually in the footage. 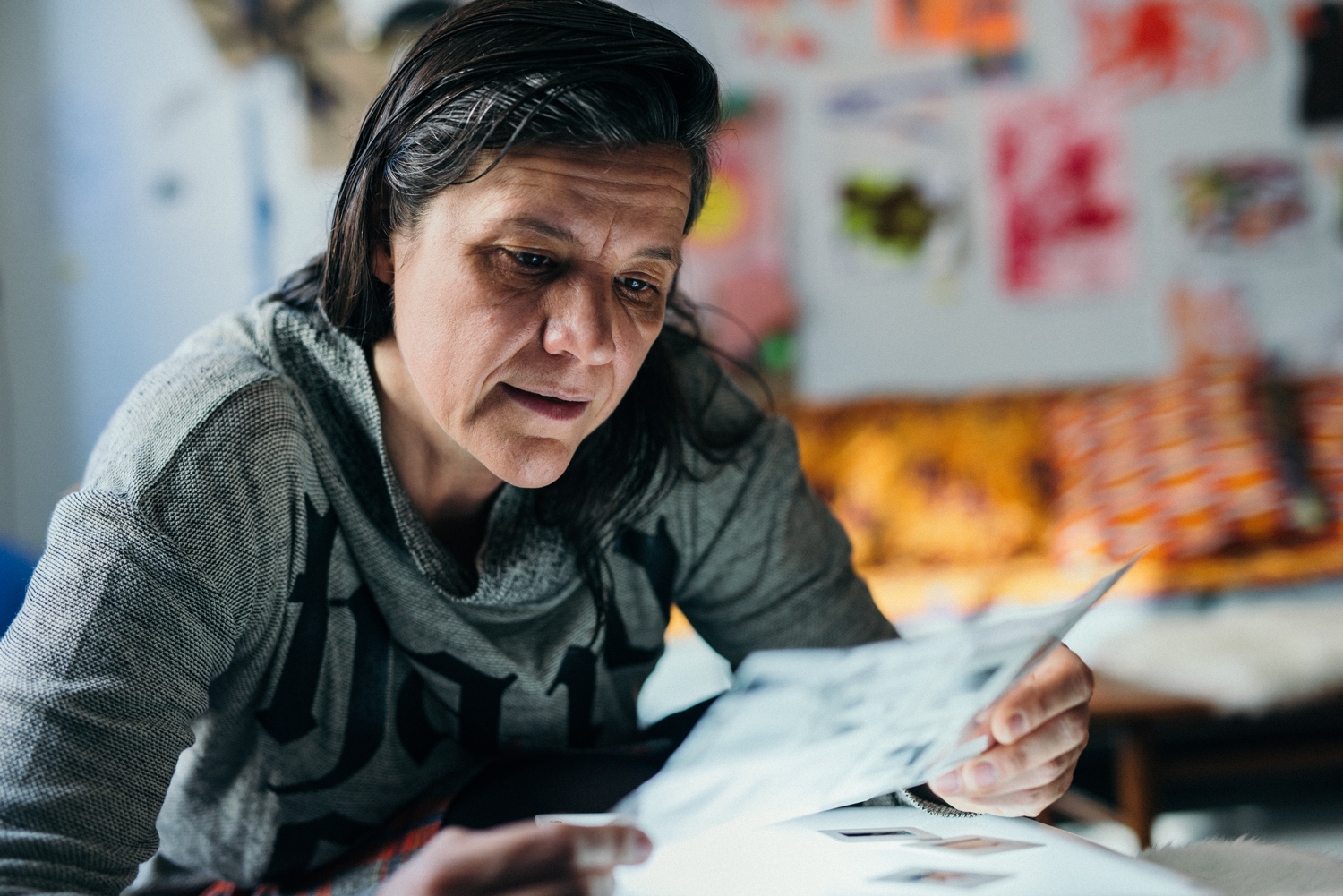 “I’ve been watching others feel connected to me in ways I never would have predicted.

“That’s meaningful because I do feel that, in some way, I’m acknowledging all of those of us who don’t get acknowledged: the translators, the drivers, the journalists, the people who are dealing with multitudes of trauma yet continue to be a functioning professional.

“I feel like once that position is acknowledged, it’s hard to forget that we’re there… and I think that’s helpful to all of us.”

Cameraperson is available on DVD from Dogwoof.

Linkedin
RELATED ARTICLES
OTHER ARTICLES
Photographer David Corio’s archive offers a glimpse inside a revolutionary era of music and nightlife.
Yesterday thousands gathered outside Buckingham Palace after news of the Queen’s death broke.
Financial turmoil is pushing people who work in the sex industry into more dangerous and desperate situations as a means of survival.
Birdy Chu reflects on documenting the historic moment in which the territory was formally passed back from the UK to China.
In his 2008 series, the photographer pictured himself as Angela Davis, Martin Luther King Jr., Malcolm X, and other prominent figures.
With skyrocketing rents, packed out viewings, bidding wars and more, renting in London has never been harder.