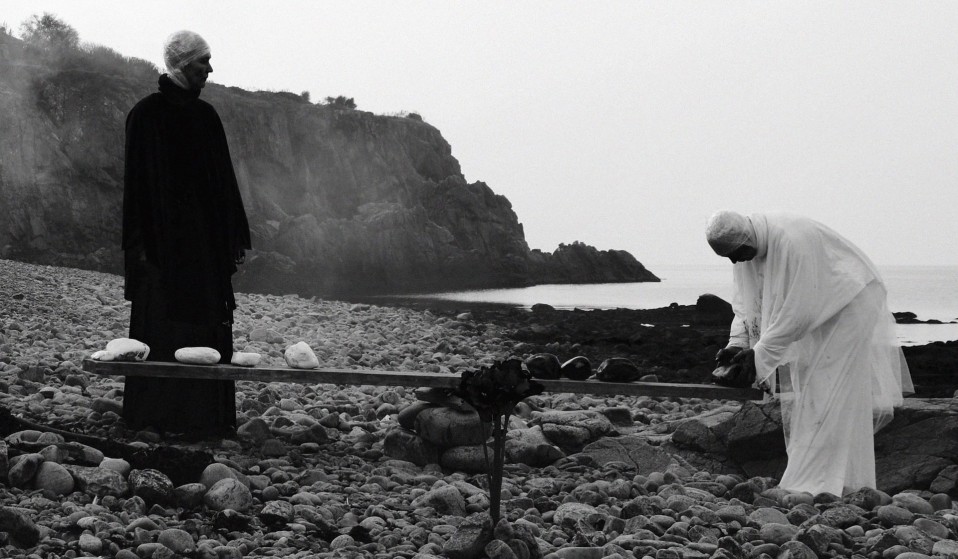 On December 31 2020, Anders Weberg will premiere Ambiancé – a film with a 30-day long runtime – before destroying it forever. We meet him to find out why.

On December 31 2020, Anders Weberg will premiere Ambiancé – a film with a 30-day long runtime – before destroying it forever. We meet him to find out why.

Anders Weberg is tired of filmmaking. So tired, in fact, that on the 31st December 2020 he will give up the medium altogether – marking his retirement with one final, life-altering project.

His swan song, known as Ambiancé, will be an attempt to break the record for the longest film ever made, with Weberg aiming for a 720-hour (30-day) runtime. He will then premiere the project on one single occasion, in all continents of the world, before destroying it forever.

Despite the magnitude of the project, the 47-year-old Swedish artist is determined to make it work; keeping the film entirely self-funded and free of any outside influence. It’s working out, too – at the time of writing, he’s managed to get 570-hours wrapped, with a mammoth seven-hour trailer already making the rounds online.

While his reasons for making the project are not entirely clear, he claims to have been working on it for over 20 years. “It’s a memoir film, a biographical film filled with all the memories I have so far in life. The places I’ve been, people I met, my dreams, hope and so on. Everything in the film is linked not chronologic but more emotionally,” he explains on Ambiancé’s official website. “Every little part of me is in this movie.” As 2020 draws (ever so slightly) closer, we catch up with Weberg to find out more about the release, the reason, and his creative process. 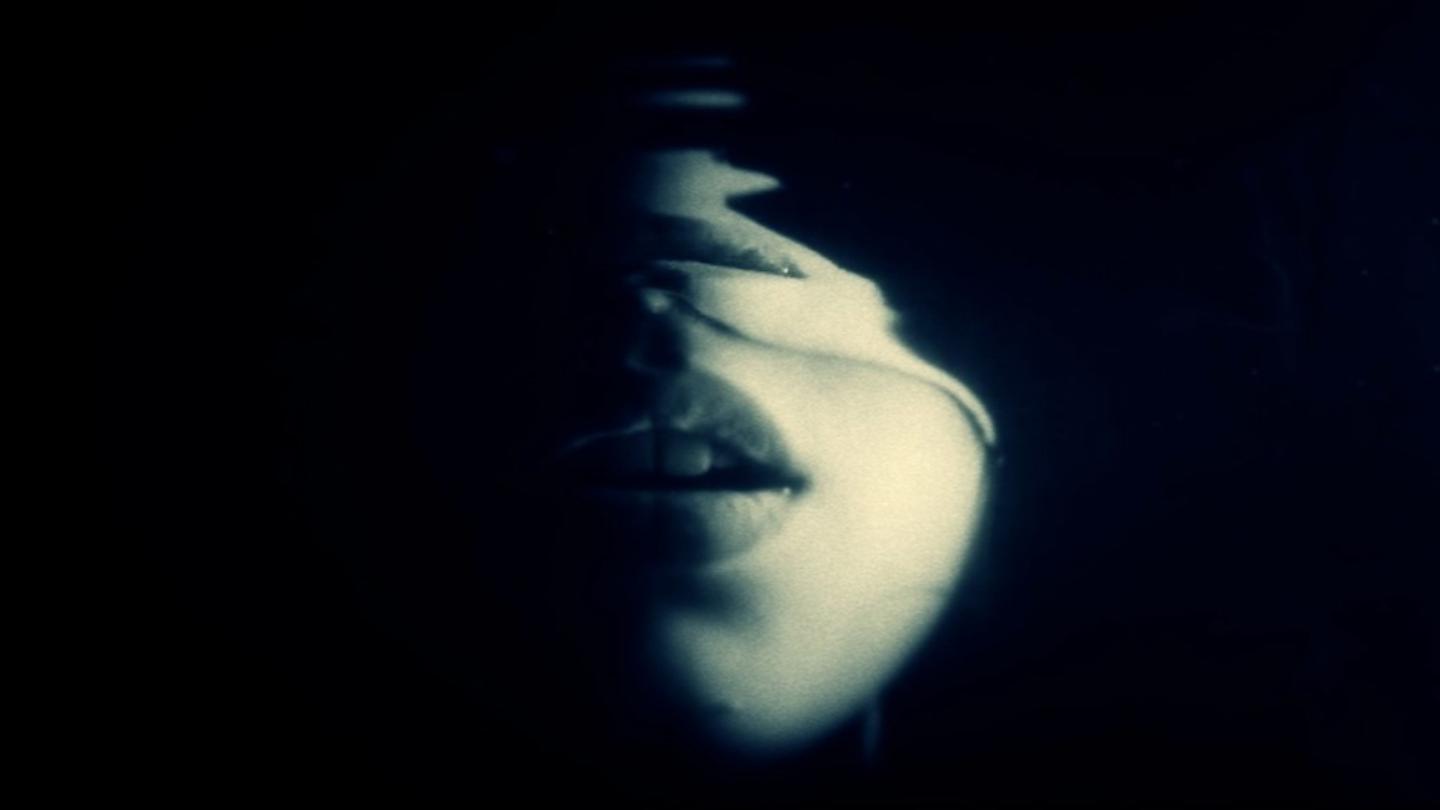 Did you know exactly how you wanted the film to be when you first began the project? Or is it constantly changing as you work? What has the creative process been?

I’ve spent many hours just thinking about this, and I continue to do so. The film is divided into a number of parts and scenes, all of which are roughly written down – but since it’s an ongoing process it changes all the time. I have a chaotic note system on my computer where my ideas and sketches are kept.

Things have changed for sure. The biggest change was in 2014, just one month before the first 72-minute short teaser was about to have its premiere at a French film festival, and my oldest son took a drug overdose and died. That as you might understand, that changed everything. In pure grief, I recut the teaser to include scenes that were about him, and I published it online. It stayed up for two weeks, and then I took it down and deleted it, and all the material I used creating it. It had one point four million views during those two weeks, and that’s when I realised that people were interested.

Making a film that spans 720 hours is a formidable feat. Have you felt any regret since starting the project?

The only regret is that I made the release date in 2020. It’s too long time for me. It’s perhaps hard to grasp, but I have the attention span as a 3-year-old so this is a huge personal challenge for me.

You say that you define your filmmaking as “personal”. What makes this project so personal to you?

I work in the same way as an expressionist painter, expressing my emotions on the canvas – which in my case happens to be a screen. Also, since this my last film, it has to be very special. It’s also a way for me to find my focus again and really dig into the filmmaking process that I love so much one last time.

Why are you giving up filmmaking?

I don’t have anything more to say using that form and also for the last couple of years I kind of lost the lust for moving media. I’m just not so sure about the future of screen-based media and decided to think about a way to phase it out.

Why is it so important that you destroy Ambiancé after the premiere? What point are you trying to make?

The main theme for all my work has always been ephemerality. That to me is a key difference between the analogue era and digital era, especially in filmmaking. By destroying the film, I’m attempting to link the two distinctly different principles together.

For me, the film is just one part of the project. The creation and destruction have the same value. I think it was around 2002, when my oldest son was 10 and he started to use the computer more frequently, I saw a change in how the young ones treated all different kind of media. Music, films, and games were sped up, downloaded, deleted without any emotions attached to it. With this film, I’m inverting and transforming that. 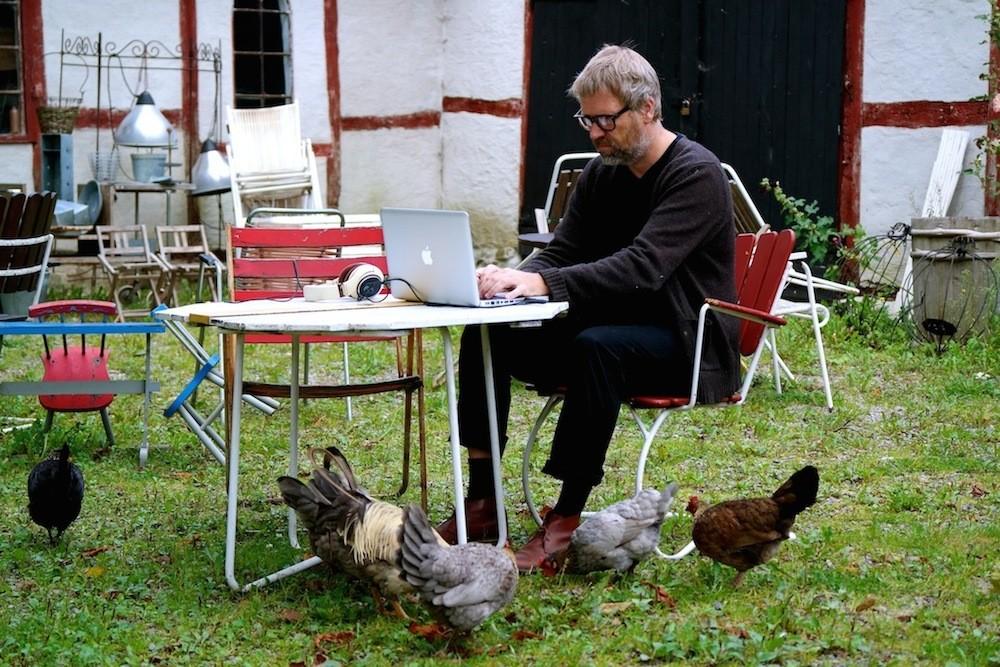 Do you have any predictions for the future of cinema?

I have high hopes for 3D cameras, and how they will transform filmmaking. There hasn’t been a better time for people telling stories than now. Almost everyone around the world has a phone that can shoot moving images – but not so many people are telling stories with the technology. Technology in itself should never have a value. It’s what we are using it for that should be the value, I think. So many people get stuck in the process by thinking… if I only have that machine or have that plugin, I can get started creating.

After this has finished, what’s next for you? How do you plan to express yourself creatively once you give up on filmmaking?

I honestly have no idea, and that’s beautiful for me. I will be over 50 years old when I’m done, and I hope I have at least 30 more years in me to do something else. Perhaps I will grow a longer beard, drink more wine, only wear striped t shirts, get fatter and take up oil painting again. Then perhaps I can make some money for a change, when there is something physical to sell.

Or not. For my whole life I have slipped from one banana shelf to another without a huge plan – so why stop now?

Linkedin
RELATED ARTICLES
OTHER ARTICLES
Yesterday, rail workers came together to protest poor pay, working conditions and job cuts in their latest round of strikes.
Students are being left to languish in unsafe housing, in some cases leading to serious health complications.
Photojournalist Fiora Garenzi spoke with people still living in Eastern Ukraine, an area which seen some of the heaviest fighting since the war began.
Protestors gathered outside Downing Street following the latest atrocities committed by Israel against Palestinians living in the besieged strip.
With the UK now set to run out of vaccines, people working in the sex industry – particularly outside of major cities – have been left especially vulnerable, reports Brit Dawson.
Following the release of his latest album, the rapper talks about finding a new approach to songwriting, attitudes to poverty, and why his music is more than a political statement.