Art & Culture / Moondog: The vagabond who became a countercultural icon 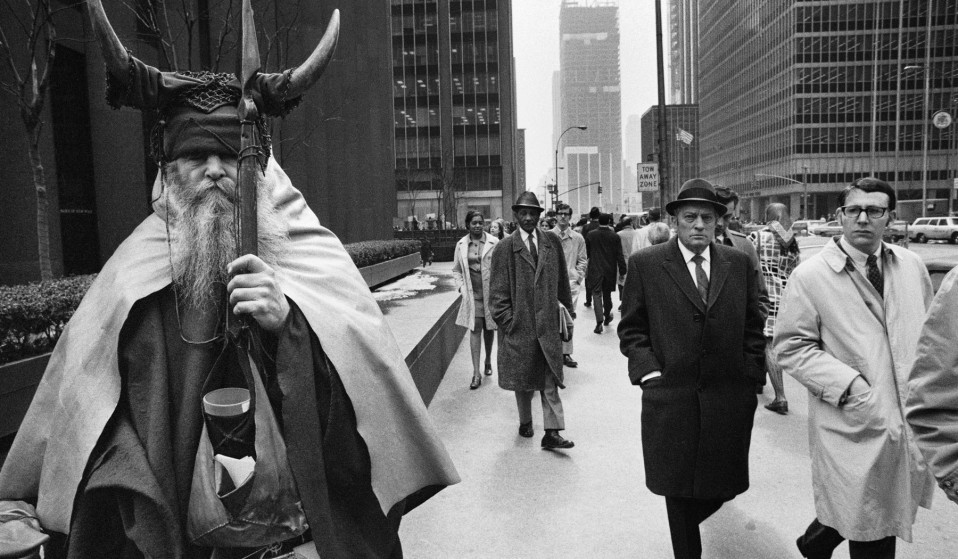 NYC's most distinct underground figure is the stuff of urban legend: a blind homeless composer, dressed as a viking, who influenced a wave of seminal artists. Now a film is finally bringing his story to light.

NYC's most distinct underground figure is the stuff of urban legend: a blind homeless composer, dressed as a viking, who influenced a wave of seminal artists. Now a film is finally bringing his story to light.

In late ’60s New York, anyone wandering between Sixth Avenue and West 52nd Street would be swamped with suits – some filing in and out of the newly built CBS building, some swarming around the nearby ad agencies and corporate headquarters.

Yet in the middle of it all stood a unique figure: a blind man wearing a cloak and Viking helmet, either composing music, selling art or having his photograph taken with tourists.

“He brought such an unusual thing to such a banal place,” says Jim Sclavunos of Nick Cave & the Bad Seeds.

Jim is speaking in The Viking of 6th Avenue, a new documentary about the inimitable street poet, avant-garde musician and underground icon known as Moondog.

The film gathers a spectrum of fans and collaborators to tell a story unlike any other in American subculture – one that touched the lives of everyone from Janis Joplin and Charlie Parker to Allen Ginsberg and David Bowie.

Back in 2009, British filmmaker Holly Elson stumbled across a photo of Moondog on the BBC’s website and felt compelled to investigate his music. It sounded otherworldly yet somehow familiar.

But when she discovered the breadth and reach of his artistic output, she was hooked.

“I thought, ‘This is such a good story, someone must have told it already,’” she says. “The more you go into it, the more magical it becomes.”

Yet despite Moondog’s stature among artists such as Anohni (formerly Antony and the Johnsons, who covered his music), Philip Glass (with whom Moondog lived for a year) and Elvis Costello (who invited him to perform at London’s Meltdown Festival while he was still alive), much of that legacy remained buried in dust-covered boxes, unprocessed rolls of film and Braille scores that have never been heard. 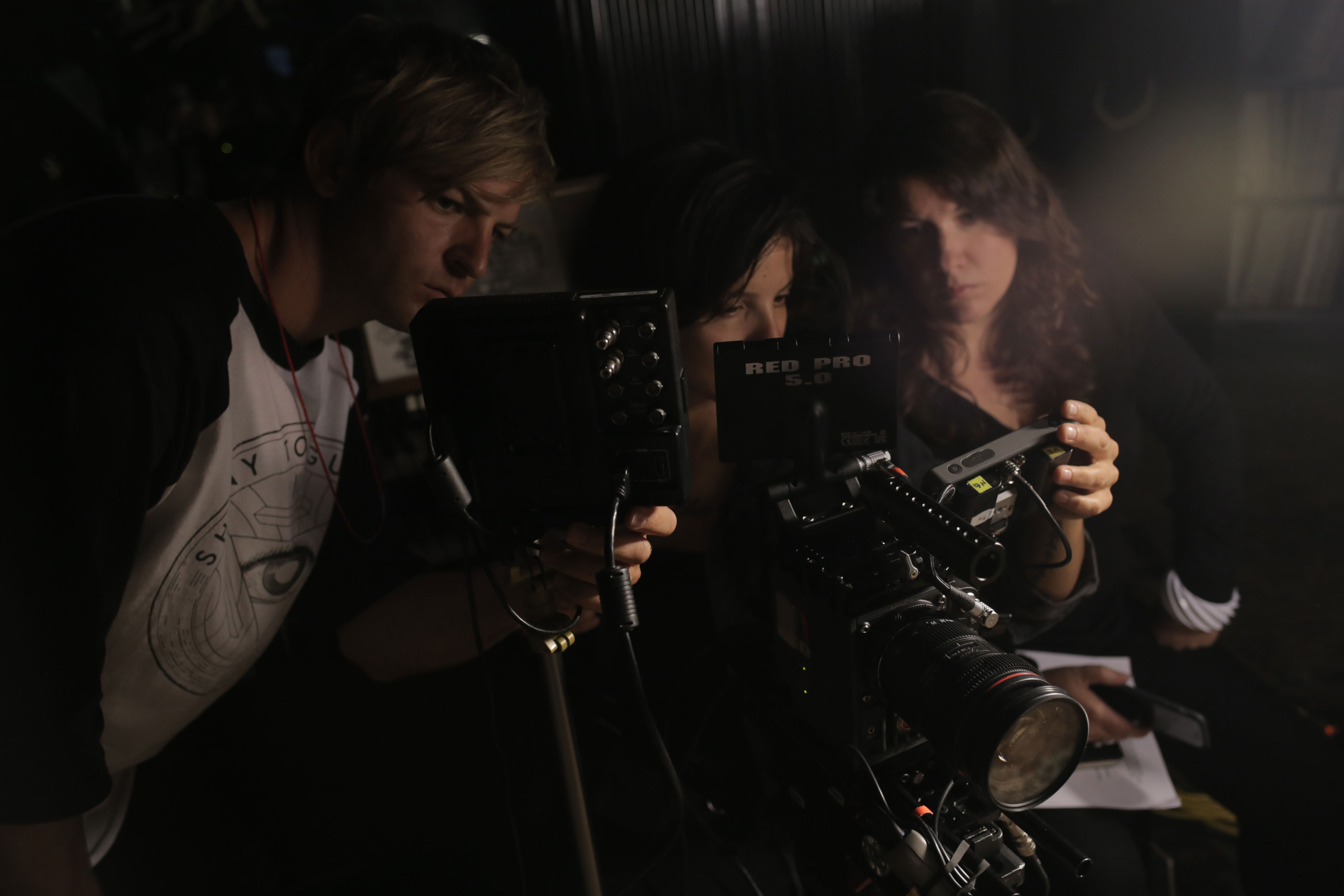 “In many senses, it’s a pre-internet story,” says Holly. “There’s a lot of stuff online – even more so since we started this process – but at the time there was a finite amount of information and a lot of the people he worked with were essentially offline.

“That took real hard work to piece all this together and to find out where this guy has come from. It’s very much a detective story.”

Born Louis Hardin Jr. in Kansas, 1916, Moondog taught himself music, fashioning his first drum kit at the age of five.

After losing his sight in a farming accident as a 15-year-old, he learned to score music in Braille and invented his own instruments, including the trimba: a wooden box-based percussive device that’s still used to this day.

Determined to become an established composer, Moondog moved to Manhattan in 1943 with few contacts and barely any money.

Unsure of where to go, and hoping to bump into other musicians, he gravitated to the area around Carnegie Hall.

For decades he survived by selling yearbooks – filled with poetry, music or photographs – and became embedded in New York’s cultural fabric, drawing inspiration from the sound of the streets.

Although many perceived him as just a homeless eccentric, the reality was that Moondog willingly lived rough for the sake of his art.

“Getting his Braille transcribed and notated into music could be an expensive, lengthy process so a lot of his money would go on that,” says Holly.

“Often he would choose not to rent an apartment and just stay in people’s basements, on a rooftop or in a doorway.”

The music itself would traverse genres, weaving between accessible melodies and avant-garde experimentation.

It’s the reason Moondog has featured on film scores from The Big Lebowski to Pineapple Express but it’s also one of the reasons why Moondog’s name is not as synonymous with New York counterculture in the way the likes of Bob Dylan are.

“He was always trying to do something different,” says Holly.

“Some of it is jazz, some of it is classical, some of it is more folky. When someone does something, you expect them to follow in the same path but he was great at giving the audience or commentators exactly what they weren’t expecting next. He defied categorisation.” 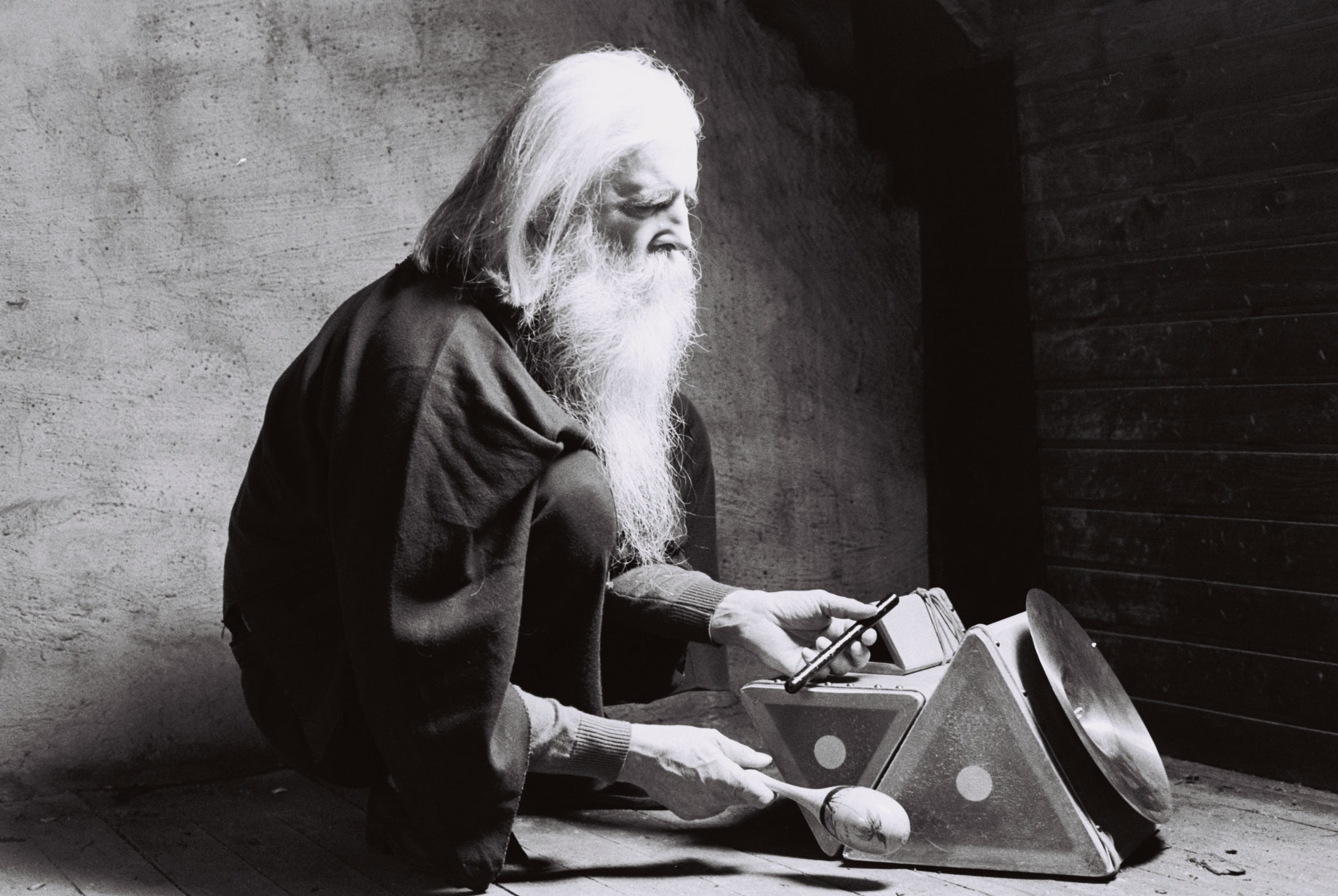 In 1974, Moondog accepted an invitation to perform in Germany and decided to stay permanently.

To New Yorkers who considered him a sightseeing fixture, he simply disappeared – adding to the sense of urban legend – but Moondog continued to release an eclectic stream of music until his passing in 1999.

“Pre-internet, people just thought he was dead,” says Holly. “Even people like Philip Glass didn’t know where he was or what he was doing.”

But it’s that air of mythology that has inspired Holly to document Moondog’s history and share it with a wider audience.

After a successful funding campaign through Kickstarter, The Viking of 6th Avenue will finally be released later this year, bringing that commitment to fruition.

“When you hear descriptions of how he’d be composing under his cape in the middle of winter, under three layers of fur with a little Braille punch… that stays with you.”

Find out more about The Viking of 6th Avenue.

Linkedin
RELATED ARTICLES
OTHER ARTICLES
The author discusses her new memoir, which offers a sobering reflection on the racism and otherness she’s experienced along with a joyful celebration of her culinary heritage.
After rewriting the indie rulebook with her devastating songs about romantic longing, the singer-songwriter is now imagining a future in which the artist is no longer a product.
We introduce our series spotlighting the voices of people who’ve been impacted by anti-abortion laws and anti-choice protestors.
Photojournalist Fiora Garenzi spoke with people still living in Eastern Ukraine, an area which seen some of the heaviest fighting since the war began.
As the Criminal Bar Association enters its fifth week of action, criminal barrister Russel Fraser explains why the legal professionals have walked out and how action is likely to escalate.
With the UK now set to run out of vaccines, people working in the sex industry – particularly outside of major cities – have been left especially vulnerable, reports Brit Dawson.