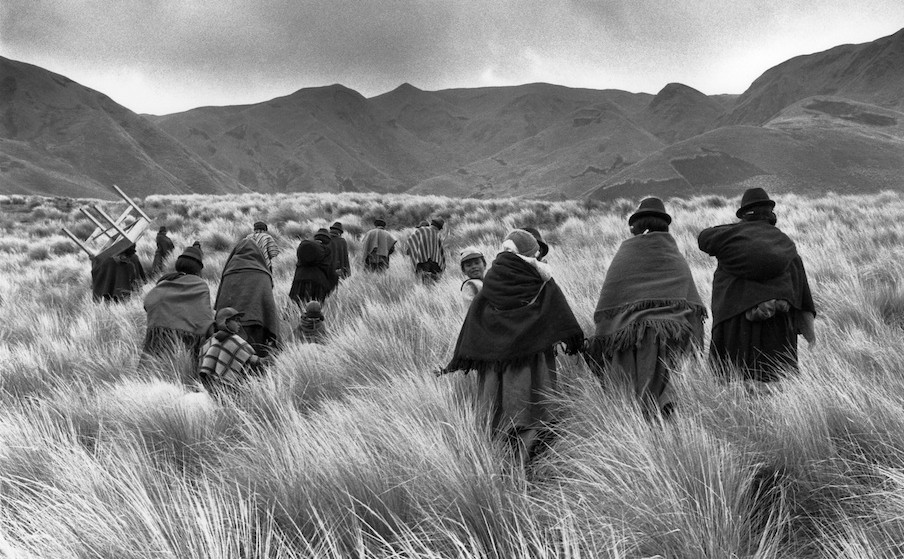 Huck takes a look at the 2015 Oscar Nominations for Best Documentary.

Huck takes a look at the 2015 Oscar Nominations for Best Documentary.

So the Oscar nominations have just been announced and of course there is already an internet furore about them, particularly this year for their whiteness and maleness.

But away from the Hollywood spotlights our favourite category ‘Best Documentary’ has provided a more far-reaching shortlist. Here are the nominees. Put them on your ‘ones to watch’ list.

Whistler blower is too narrow a word to describe Edward Snowden. “Lantern-holder” or “light-bringer” would be a more apt description, it has been suggested.

How many great works of art are lost to time or accident? This is the question posed by documentary filmmaker Charlie Siskel (Bowling for Columbine, Religulous) in his feature Finding Vivian Maier about the mysterious nanny who shot over 150,000 incredible photographs in her lifetime. Speaking to Huck last year Charlie said: “I really feel that the message from the film is that to be an artist is an ennobling thing. It will enrich the life of the artist and hopefully the lives of others too. Even when it doesn’t happen in the artist’s lifetime. If they’re lucky enough, and if we’re all lucky enough, to have our work discovered by pure accident or chance, but ultimately by someone’s tireless and hard work (in this case John Maloof’s), if the stars align in that way, then the world will be a better place for it.”

Filmmaker Rory Kennedy takes a new angle on a familiar story in her hard-hitting documentary Last Days In Vietnam. The film highlights the little-known efforts of U.S. soldiers and diplomats who went against military orders to save tens of thousands of South Vietnamese at the end of the Vietnam War.

Salt of the Earth

I’ve said this before but Paris, Texas was Kurt Cobain’s favourite film and that, as an overgrown teenage fangirl, has always inspired me to follow everything this dark and experimental filmmaker does. But, young obsessions aside, Wim Wenders is a master of visuals and this new documentary about Brazilian photographer Sebastião Salgado brings two great lensmen together for an all out assault on the senses.

Huck readers might know Orlando von Einsiedel as the director of the Skateistan documentary To Live and Skate In Kabul. The former pro snowboarder has now turned his attention to another war zone in new documentary Virunga, about the conservational attempts in Congo to protect Africa’s largest national park against poaching rebels. The doc offers a bleak view on life in Congo, which was famously documented in pink by Richard Mosse, and talking to Indiewire, Einsiedel said: “There were moments when I was making this film where I have never been more scared in my life.”

Linkedin
RELATED ARTICLES
OTHER ARTICLES
Frederick Wiseman’s films explore the struggles, conflicts and emotions at the heart of our relationships with the institutions that shape society.
Fractures Collective focuses on conflict zones and street protests to document society’s fault lines.
Huck's annual celebration of visual storytelling is back.