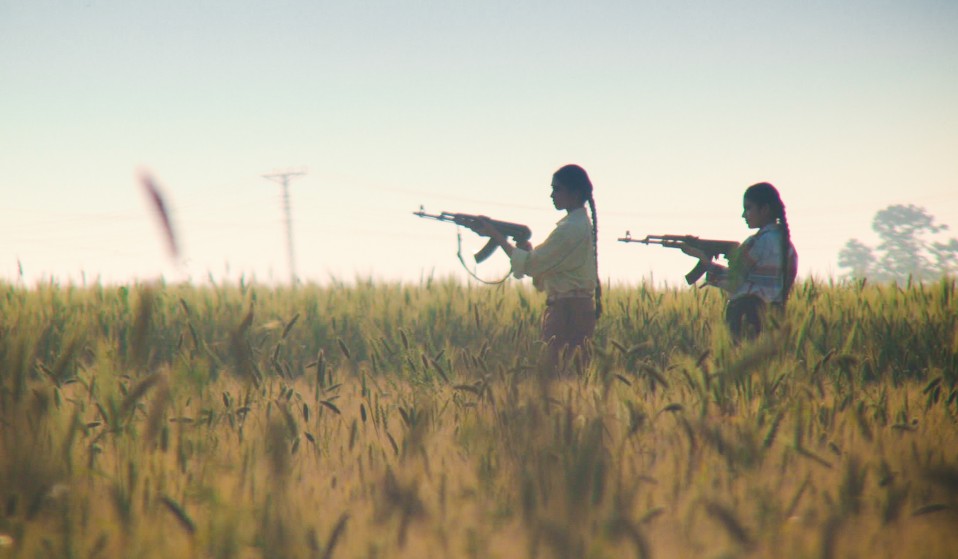 Based on a true story, My Pure Land tells the story of Nazo – a gun-wielding teenage girl forced to fight wave after wave of Pakistani mercenaries.

Based on a true story, My Pure Land tells the story of Nazo – a gun-wielding teenage girl forced to fight wave after wave of Pakistani mercenaries.

Sarmad Masud’s debut feature-length movie, My Pure Land, is a Western. The rule of law is absent, the sand is smeared with blood, and the gun-wielding villain glances sideways when the camera frames his eyes. But our hero is a 19-year-old woman named Nazo, the movie is set in Pakistan, and the characters speak exclusively in Urdu. Masud suggests that we call it an “Eastern.”

Masud didn’t intend to make this film in the first place. Initially, he tells me over the phone, he wanted to do a remake of the 1997 Sylvester Stallone police drama, Cop Land. “I could get myself a brown Sylvester Stallone and we’d make it work,” he says. But after Googling police corruption in Pakistan, he came across the story of Nazo Dharejo, a local legend in the Sindh province. 20 years ago, with her grandfather dead, her father in prison, and her uncle trying to claim the land that she and her sister had been raised on, Dharejo, armed with a Kalashnikov, fought off wave after wave of mercenaries, defying both social convention and incredible odds.

“First of all, on a human level, it just appealed to me,” Masud says. “The courage and strength of this one woman. And then obviously my brain got hijacked – the filmmaker side of me.” Masud contacted the writer who’d profiled Nazo, then spoke with Nazo herself. Quickly, the Pakistani remake of Cop Land was put aside.

In Masud’s hands, it makes for a brilliantly taught reworking of the Western genre. The story is told through flashbacks, jumping back and forth between the stand-off at the family home, the simmering dispute that led up to it, and the parables that Nazo’s father, Haji Khuda Baksh, told to his daughters. That structure creates a natural tension, as does Masud’s lean screenplay with its sparing use of dialogue. It’s also beautifully shot, capturing the beauty and terror of the desert landscape outside Lahore.

There are also some remarkable performances, not least from Suhaee Abro in the lead role. For all of the passion and steel that she can conjure, there’s an understatement to her portrayal of Nazo that draws out every ounce of tension from the movie’s silences. That understatement didn’t come naturally though, according to Masud. We caught up with him to find out more.

Was this film always conceived as a Western?
What I liked about the idea of it being a Western was that it was transferable. You’ve got this lawlessness [in Pakistan], like the old days of the West, where people could just roll into town and bad things could happen. And who are you going to turn to? You’re going to turn to the police, but they might be corrupt. You can’t call the local politicians because they might be on their side as well. The fact it was already established that this story existed, and it was her versus them, it just made sense. We’re calling it a ‘Feminist Western,’ but I also think that it’s a lovely story between a father and a daughter.

So you did the whole shoot in six weeks?
We were there for 12 weeks. We did six weeks pre-production, and then the shoot was six weeks. We were doing six-day weeks and had one day off. Just to travel to the location would take an hour. It kills you as a human, but it also really engages the brain. It becomes a case of fight-or-flight when you’re on set in 40-degree heat and an actor hasn’t turned up. What’re you gonna do? You only really discover things about your character when you’re tested. I know I learned stuff about myself. 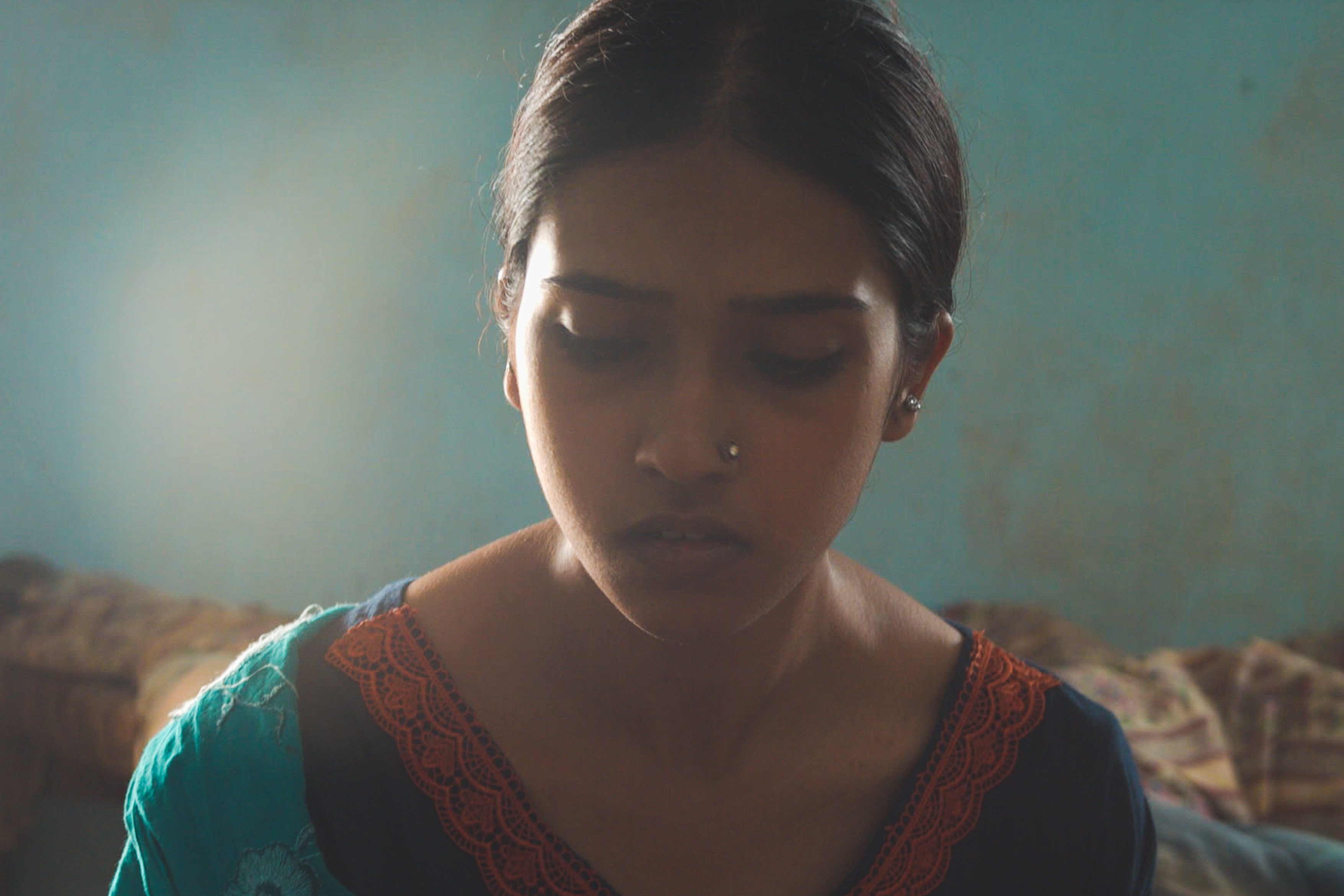 So what was the casting process like?
When we were filming, if I saw someone interesting, I would put them in the film because I just liked their look. What’s the point in trying to get an actor to look like someone from the village when you’re in the village and you can get them to be in it? Same with the jail sequences – we were getting extras who just didn’t look like they’d ever been in jail. I wanted criminals.

What was it like working with the authorities on stuff like that? How was it on the ground there?
It’s tricky. We were conscious of the fact that we had a British-Pakistani cameraman and my wife’s English. We didn’t want to make too much of a noise, so it was guerilla in the sense. We tried to make the film and get the hell out.

You were speaking to the real Nazo a lot during the filmmaking process. Has she seen the final product yet?
No, she hasn’t. She just said, ‘Do it justice. Tell the best story you can.’ You can never do anyone’s life justice when you’ve got to condense it to 90 minutes. But what I’ve said is, if you want the facts, go to a historian. If you want to know how it felt, give it to a dramatist or a novelist. That was my job. To tell you what it felt like for this woman over that period of time. People might say it’s not truthful or they might say they don’t like it but you’re definitely going to feel what she felt. 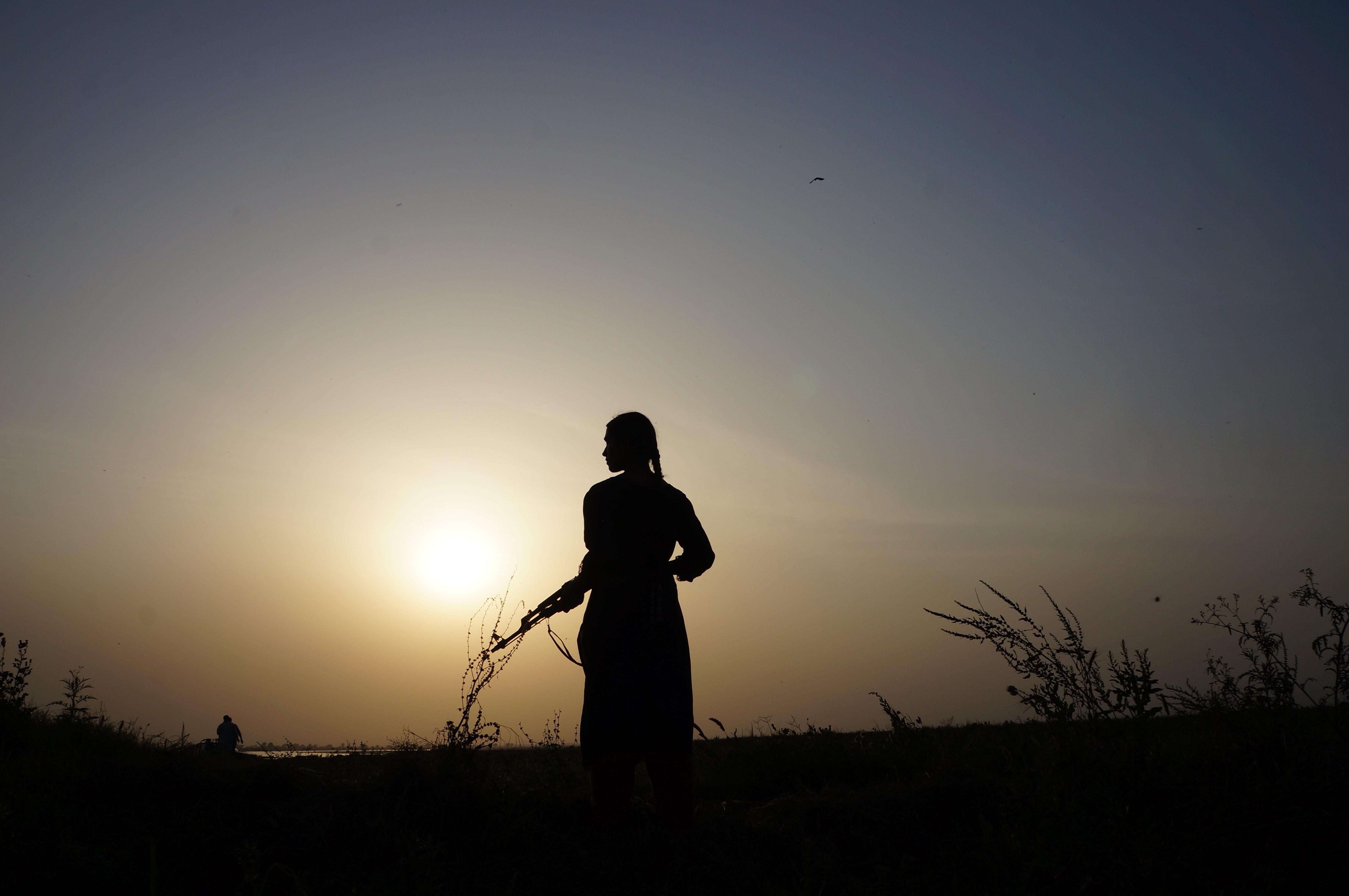 It breaks with a lot of conventions in South Asian cinema – it sounds like Nazo wanted that too.
The Pakistani film industry right now is still finding its feet. Maybe it’s because I’ve been brought up in the UK, but I went over there trying to combine both [western and eastern culture]. It might be made by a Westerner, but sometimes it takes someone on the outside to show you what’s really happening in your country.

The theme of religion runs through the movie, particularly through Noza’s relationship with her father and the parables he tells her. How conscious were you about weaving that in?
Pakistan is full of contradictions. It’s a place where anything is possible and everything is impossible. The place is full of Muslims, but very little Islam. What I mean by that is, our Prophet is believed to be a man of integrity – if there was an issue, you would go to that man. He was a man of integrity and of honesty and of principle. And I felt like [Nazo’s] father was a similar man. He was a man of integrity and of principle and of honesty. My father taught me in a similar way – by parable, by stories. He would say that a good Muslim is he whose neighbour is safe from his hand and his tongue. If I have a child, that is all I’d ever teach him. You’re not going to hurt your neighbour and you’re not going to badmouth them. If you can do that, imagine how you treat your own blood. That’s the good stuff.

My Pure Land is in cinemas now.

Linkedin
RELATED ARTICLES
OTHER ARTICLES
A recent High Court ruling against the right to wild camp in Dartmoor National Park sparked the largest land protest in history – and campaigners say their fight is not over yet.
At his West Bank restaurant, Fadi Kattan established himself as the voice of modern Palestinian cuisine. Now, he’s bringing his innovative, bold flavours to the UK’s capital.
AI companies that develop image-generators using copyrighted artwork from the internet are coming under fire from artists who say that it amounts to theft.
A new exhibitions brings together the work of photographers who documented the deep unrest of these pivotal decades.
Activists and campaigners are fighting back against new laws that would seriously undermine the ability to take industrial action, calling it an attack on fundamental workers' rights.
Tristan O’Neill’s shots of dancers caught in moments of reverie at the height of rave’s golden age are a testament to the UK’s legendary club culture.