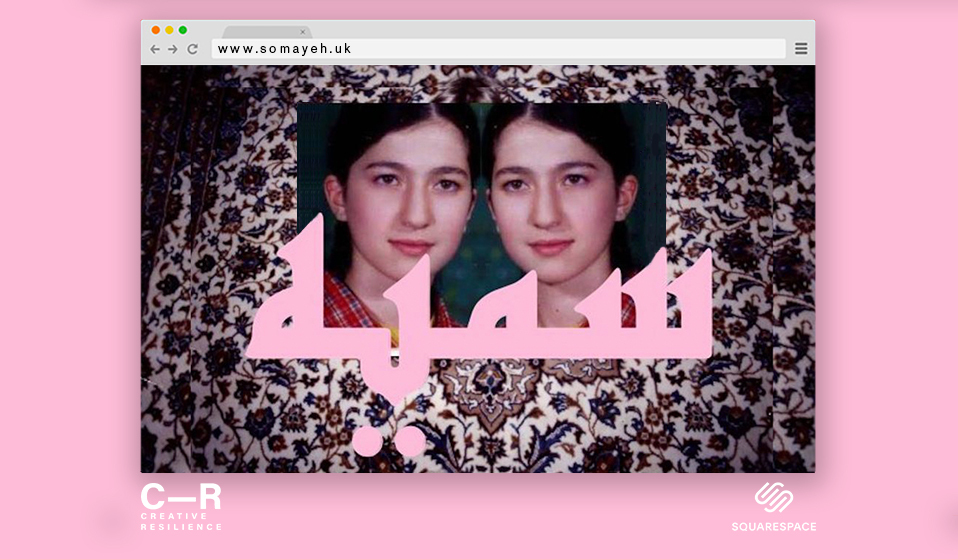 Director Somayeh Jafari shares how she delves into her Iranian background to discover the true meaning of home.

Surviving the perils of being a freelancer is tough – now more than ever. In partnership with Squarespace, we're supporting independent artists to create original work that responds to these testing times. Here, filmmaker Somayeh Jafari shares how she delves into her Iranian background to discover the true meaning of home.

“It has been a struggle to find a unique voice that is authentic to me,” says filmmaker Somayeh Jafari. “For a very long time I was desperate to have this Iranian side of who I am come out in my work. But then something clicked around two or three years ago. I realised I didn’t have to force it. I realised I could simply tell the stories I wanted to tell, and by doing that my authentic voice would naturally emerge.”

Over the course of our various conversations on Google Hangouts the Iranian-born director, editor, photographer and writer has appeared on the screen in four different domestic settings. This serves as a clue to what makes the 31-year-old tick: the idea of home is, in her own words, something of a complicated topic. “The longest time I have ever been in one place is nine years. Even within London I’ve lived at every corner of the tube map. That’s why everything I do reaches for this idea of being settled, or explores what it means to be at home.” 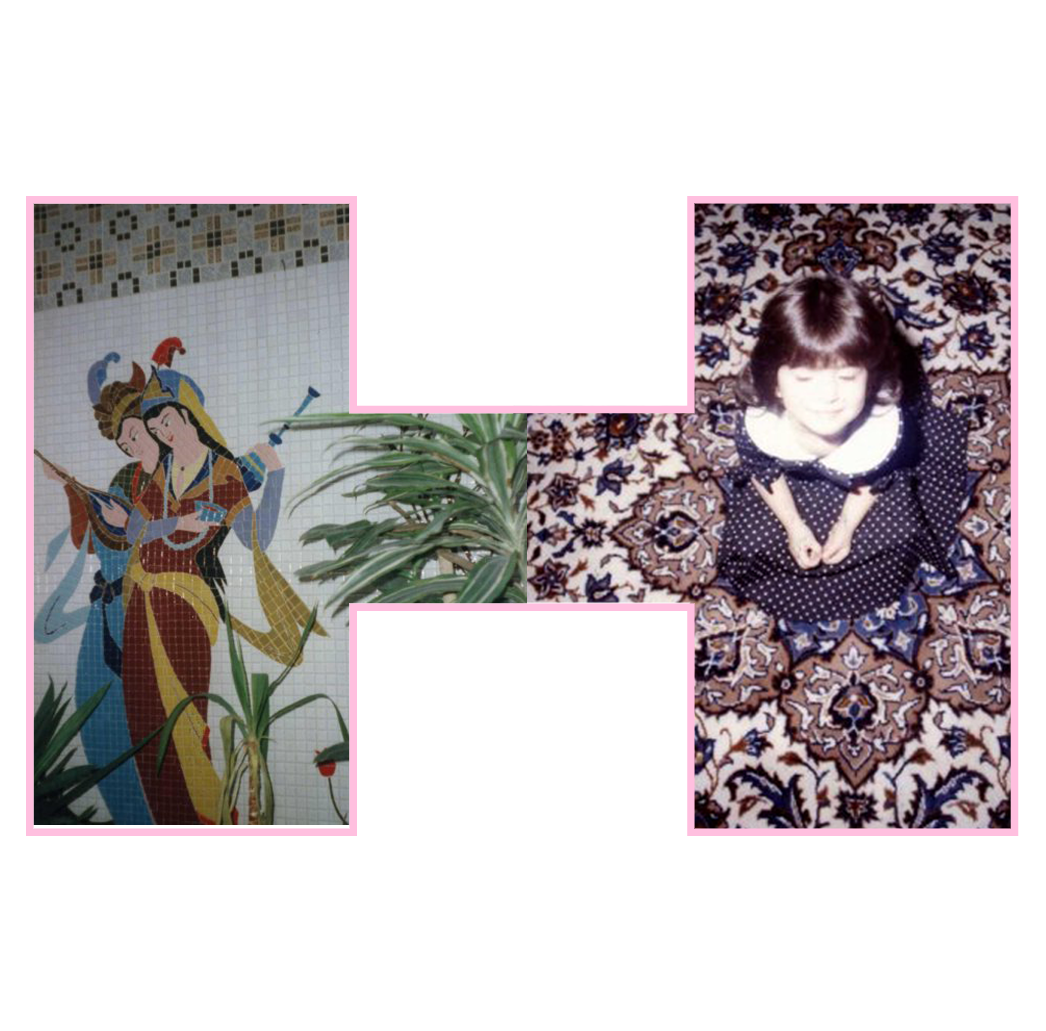 Somayeh left Iran for the UK in 1993 when she was just a child, after her father was granted a scholarship to complete a PHD in Social Sciences at Oxford University. She came to creative consciousness while at secondary school in Southend, before going on to study Media Arts at Royal Holloway University in London, followed by an MA in Documentary by Practice. Right from the start, her work was rooted in realism, but depicted in a way that felt poetic, with documentaries exploring identity and how people from other cultures deal with dual heritage. She blended autobiographical elements with storytelling that explored femininity, identity and displacement through characters that she met on the street.

After university, she fell into a series of editing and post-production jobs, which allowed her to meet like-minded people and begin carving out a space for herself among London’s creative community. It was an exciting time – but that initial process of finding her feet as an artist was sometimes a painful one, too. Given Somayeh’s nature as someone whose creative practice regularly delves into subjects so close to home, it was often difficult for her to separate creative challenges from personal ones. “The creative struggles were particularly difficult in my twenties”, she says. “But of course, I was struggling with my identity anyway. They were not the most happy days of my life.” 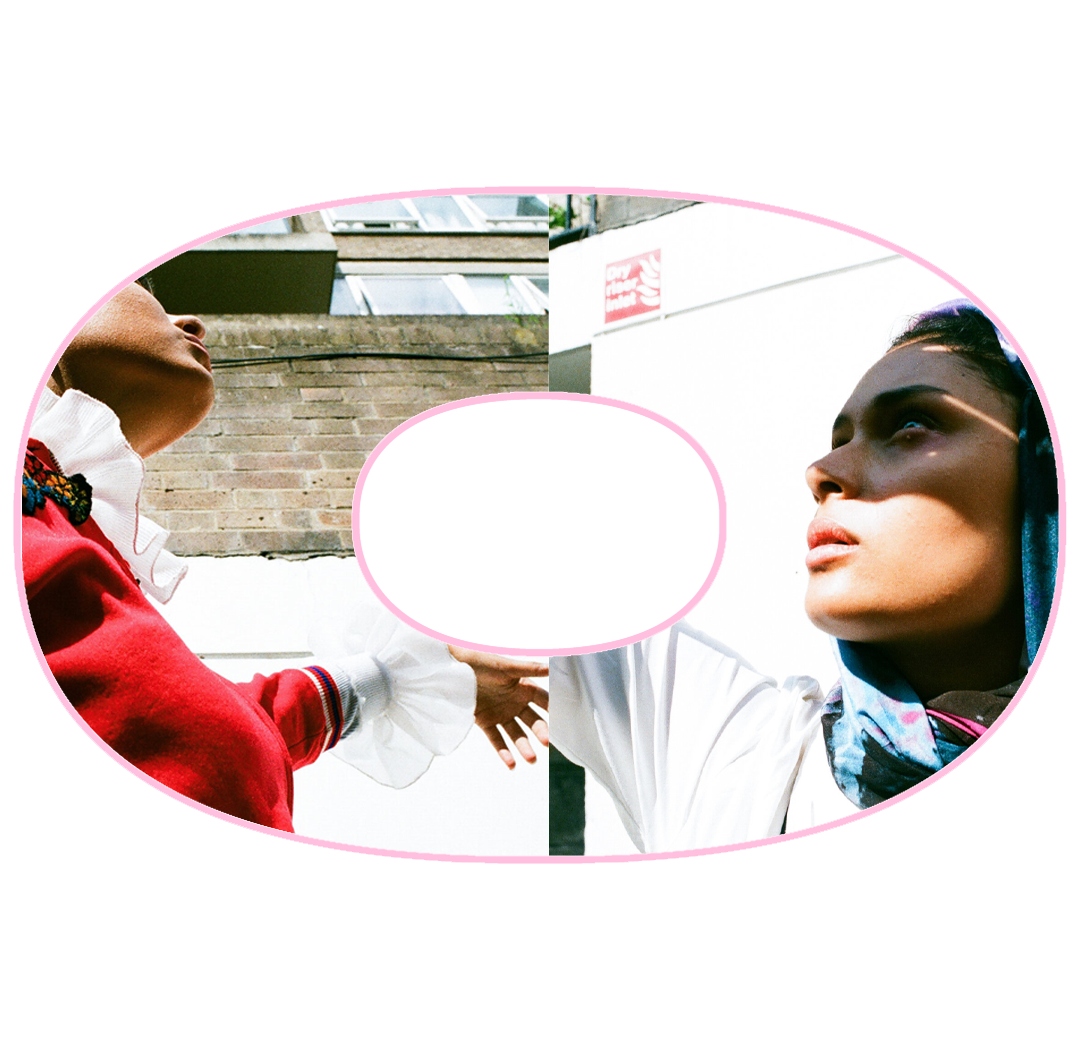 Those feelings ended up impacting Somayeh’s mental wellbeing, as well as relationships with people she cared about. “I went through a lot in terms of my family life, my personal relationships – because of this displacement I felt,” she continues. “I think that creative struggle was part of the general struggle to find out who I am. Now I don’t feel I have to force things, I don’t have to be ‘Iranian’ all the time. That doesn’t have to be part of everything I do, everything I create.”

In time, she was able to work things out. A multitude of experimental personal projects while working as an in-house editor at various London creative studios led to bigger and better gigs in the edit. Last year her commercial directing debut came with a high profile short in collaboration with Nike and The Face, which was followed by an equally challenging and rewarding job directing a commercial for Facebook. Both videos saw her bringing her inimitable style to proceedings.

Since making the jump, Somayeh has been able to flourish in London, with its shifting cultural landscape the perfect place to explore the kind of ideas that form the backbone of her work. But at the same time, she has had to work hard to avoid being typecast. It’s a situation recognised by many people who find themselves at the heart of a creative industry prone to fetishising difference; one where the aesthetic of identity can often be co-opted. 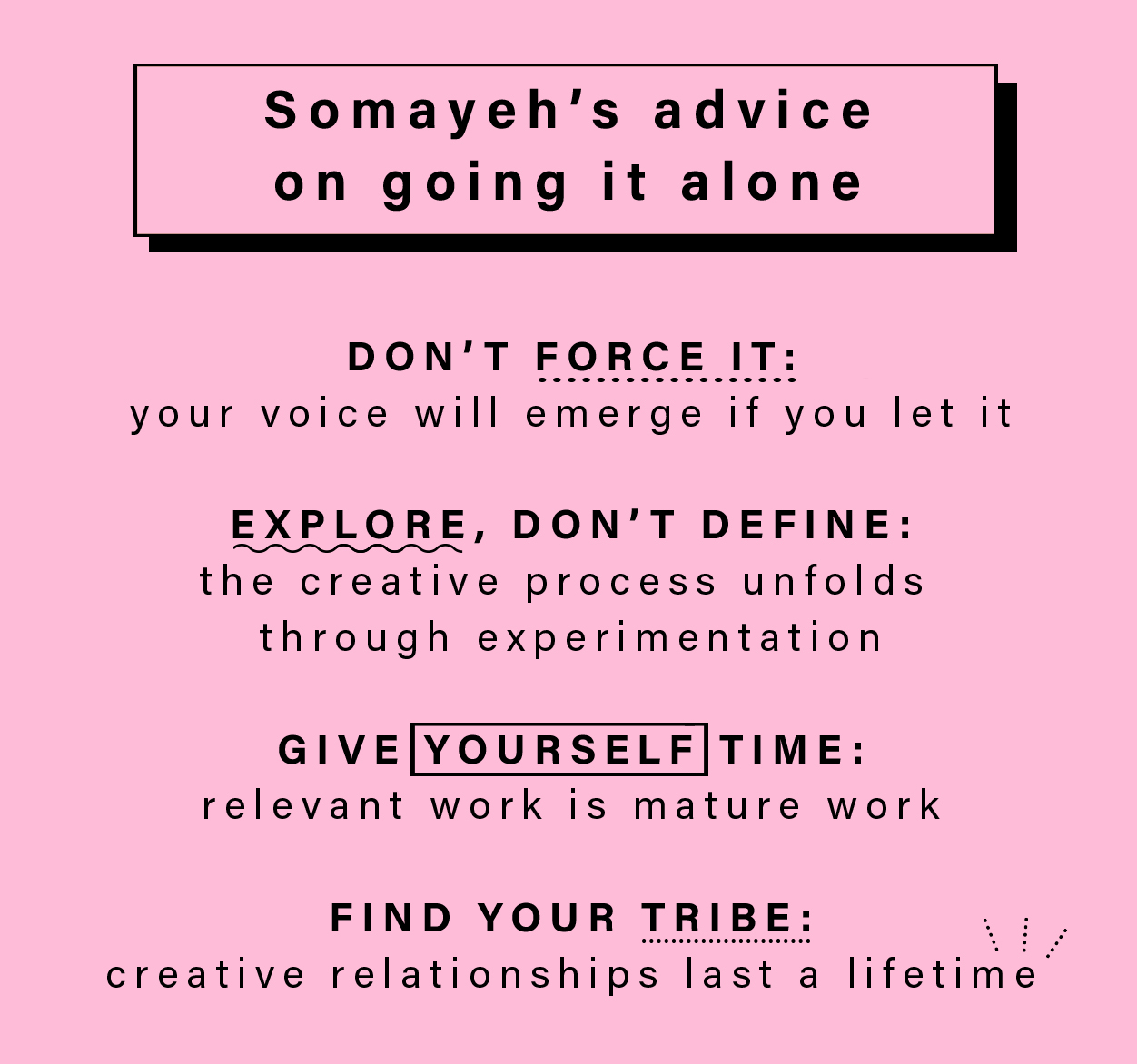 “That has happened to me a little, and I see it happening to creative people with other backgrounds. It’s a double-edged sword. On one hand it’s great because it gets me out there and gets people interested in who I am and what I do. It has given me opportunities that I wouldn’t have otherwise have had. On the other hand, I don’t want to be on an endless cycle of repeat because I happen to be a female British creative with an Iranian heritage. I don’t want to have to fit into a box and appeal to one type of audience.”

Creating a strong brand for herself has been an important part of the process. “I think being able to create a physical brand and to create a platform for it online has been crucial in getting to where I am,” Somayeh says. She points to her logo – Farsi lettering that sits on the homepage of her website – as an example. “It leaves a nugget of curiosity in people’s minds. It has become the starting point of a creative conversation between myself and the people I collaborate with and has enabled me to get work by making a strong statement. I have a particular way of relating to the world and I need my digital presence to reflect that.” 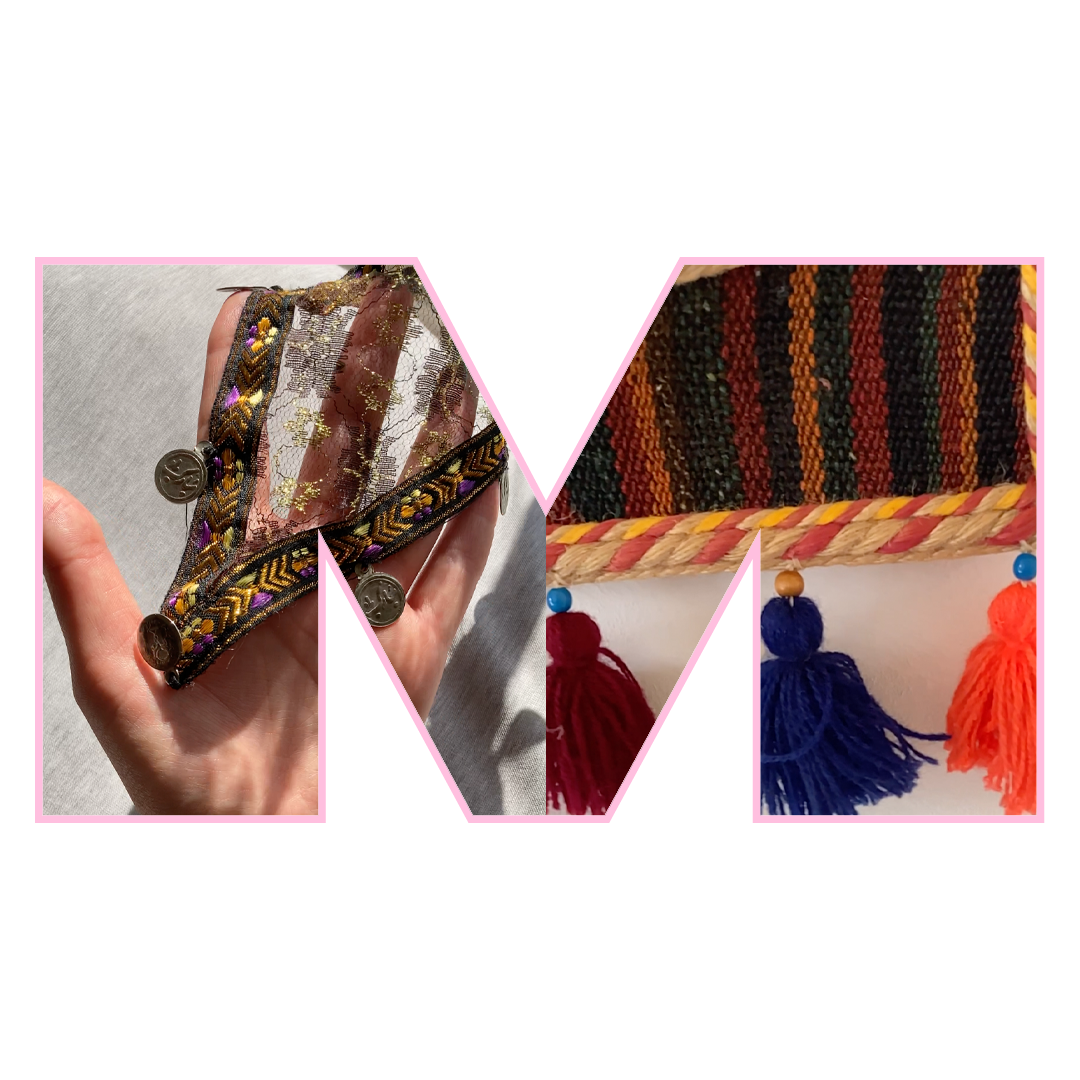 Since lockdown, focus has been firmly drawn on writing her first feature – something she hopes will bind the “many themes” of who she is together in one single piece of work. The enforced period of isolation has allowed her to dive into both her memory and imagination even deeper than usual: the story is set in Iran, starting in the mid ’90s and progressing through to the present day. “It came to me in a dream in the form of an animé. All I have is this memory of what Iran is and the idea of Iran seems sometimes like a dream.”

Much of the Iranian filmmaking Somayeh admires is rooted in a documentary approach.. But at the same time, it is extremely poetic too. She cites the work of Iranian New Wave director Jafar Panahi and Cannes-honoured auteur Abbas Kiarostami as influences. Oscar-winning filmmaker Asghar Farhadi, who has waved been a beacon internationally for Iranian film making, is another hero. In this sense, Somayeh – with her binding of dreams and reality – finds herself rooted firmly in Iran’s creative tradition, all while carving out something new for herself simultaneously. It’s something that, today, feels completely her own.

“Iranian cinema is unique – and now I realise that I’ve been trying to add to that legacy by drawing on my own experience. It’s taken time. Opening that door creatively has let in a lot of complex, difficult feelings… but you need to find a way of telling a story that is authentic to you, wherever you find yourself.” 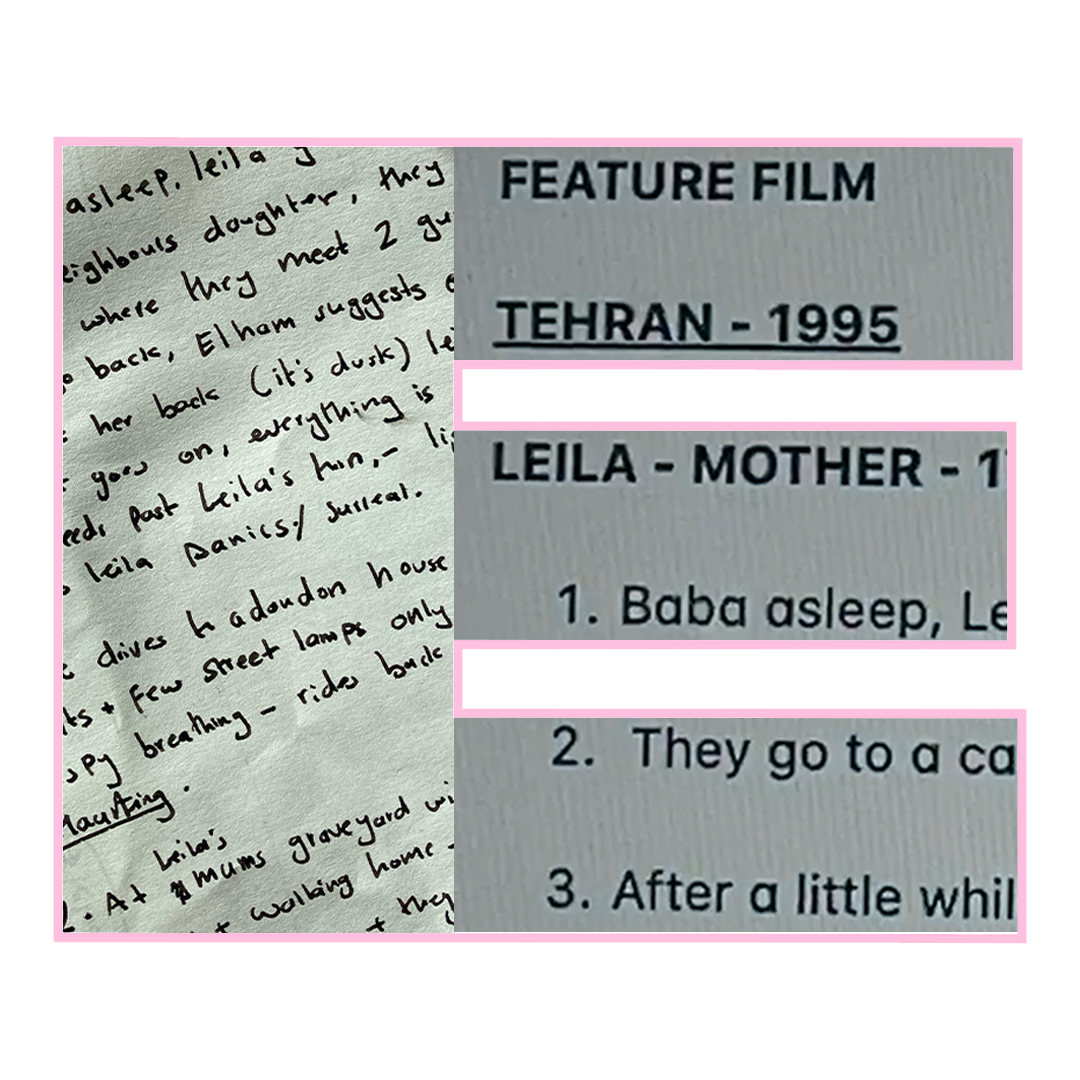 Are you ready to share your vision with the world? Start building today: use the code HUCKMAG for a discount on a new Squarespace website.

Linkedin
RELATED ARTICLES
OTHER ARTICLES
Activists and campaigners are fighting back against new laws that would seriously undermine the ability to take industrial action, calling it an attack on fundamental workers' rights.
As she gears up for the release of her first book, the 24-year-old climate activist talks standing up to authority and building a more inclusive movement.
A new podcast is opening up the conversation between trans women and trans amorous men in the hope of building coalitions.
The action took place in response to the 200 asylum-seeking children who were placed in hotels run by the Home Office who have gone missing.
Filmmaker Laura Poitras discusses her new documentary which traces the remarkable life of the artist-activist and the impact of her battle against the US opioid crisis.
A new law change is enabling Britain’s donor-conceived children to know the truth about their origins – but campaigners say the fertility industry must do more to protect people.