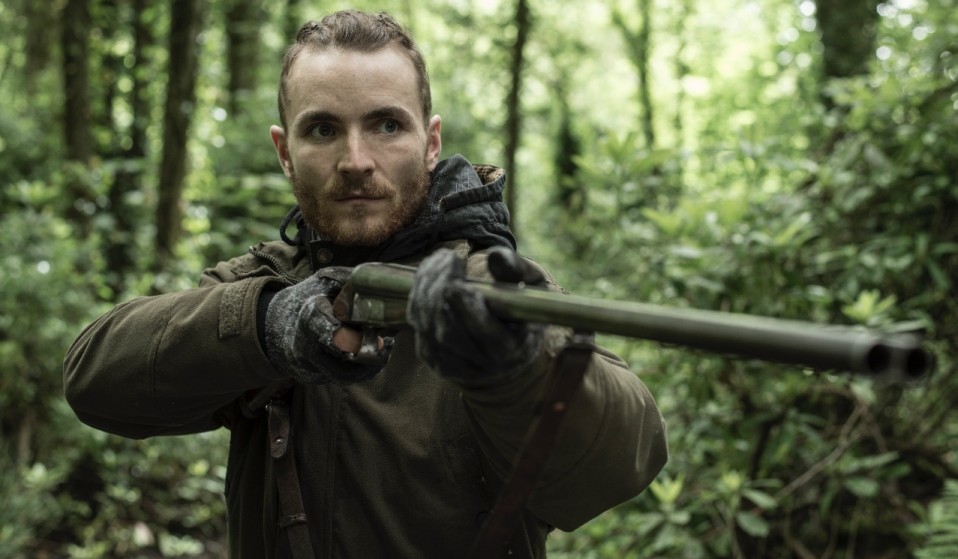 Oil won't last forever. So what happens when we run out? A new film by a first-feature Irish director contemplates a future without the resource we rely on most.

Oil won't last forever. So what happens when we run out? A new film by a first-feature Irish director contemplates a future without the resource we rely on most.

Stephen Fingleton’s new debut film, The Survivalist, opens with a graph that plots population growth against oil production over time. The two lines – one blue, one red – soar up through the top of the screen over centuries, getting steeper and steeper, until they’re almost vertical.

At one point, in the not-too-distant future, the blue line falters and spikes downwards, showing the end of the planet’s oil resources, and shortly after the red line, that’s us, follows it dramatically until it flatlines.

This animation sets the scene for the post-apocalyptic world to which Fingleton transports us. Inspired in part by Chris Smith’s alarming Collapse documentary – in which former LA cop Michael Ruppert outlines our addiction to oil and predicts the collapse of modern industrial civilisation when (and it is when, not if) it runs out – The Survivalist is a tense thriller that explores the resilience, and weaknesses, of humanity in the wild.

The central protagonist, played by upcoming Irish talent Martin McCann – recognisable from his chilling performance as an IRA gunman in Yann Demange’s formidable ‘71 – lives by himself, and by his wits, in Fingleton’s new world until he is discovered by a mother and a daughter seeking refuge. Their presence causes all kinds of new problems and the audience must watch as the trio navigate their difficult fate.

The Survivalist is Fingleton’s first feature and his outsiderness as a director contributes to the unusual style and pacing of the film. Without a robust film industry in his home country, the Irish director moved to London to study English Literature at UCL – spending most of his time plotting and practitioning with the film society – and then worked administration jobs for almost a decade to continue writing scripts and making short films. He avoided the media, he says, to be able to enter the film industry on his own terms. The Survivalist works with similar disregard for the establishment. It has no dialogue, for example, in the first 16 minutes of the film. The actors are largely unknown. There is no score.

You’ve said that films should transport you somewhere different. Should they also reflect the world in which we live?
Films should be representative of the truth… One of the interesting things is the archetypes and the symbols we find again and again in film reflect an underlying truth about how we see reality. In order to transport an audience you need to rely on truth. And whether that’s the direct truth of an honest performance, or the symbolism of a story, that’s really important… I loved watching The Revenant, and I loved watching Leo, and there was 100 per cent commitment to what he did, swimming through ice floes, putting himself through extraordinary conditions. But in our film, to some extent, you’re able to follow our characters, not as actors, but as people that are living in a different world. You don’t have any baggage. 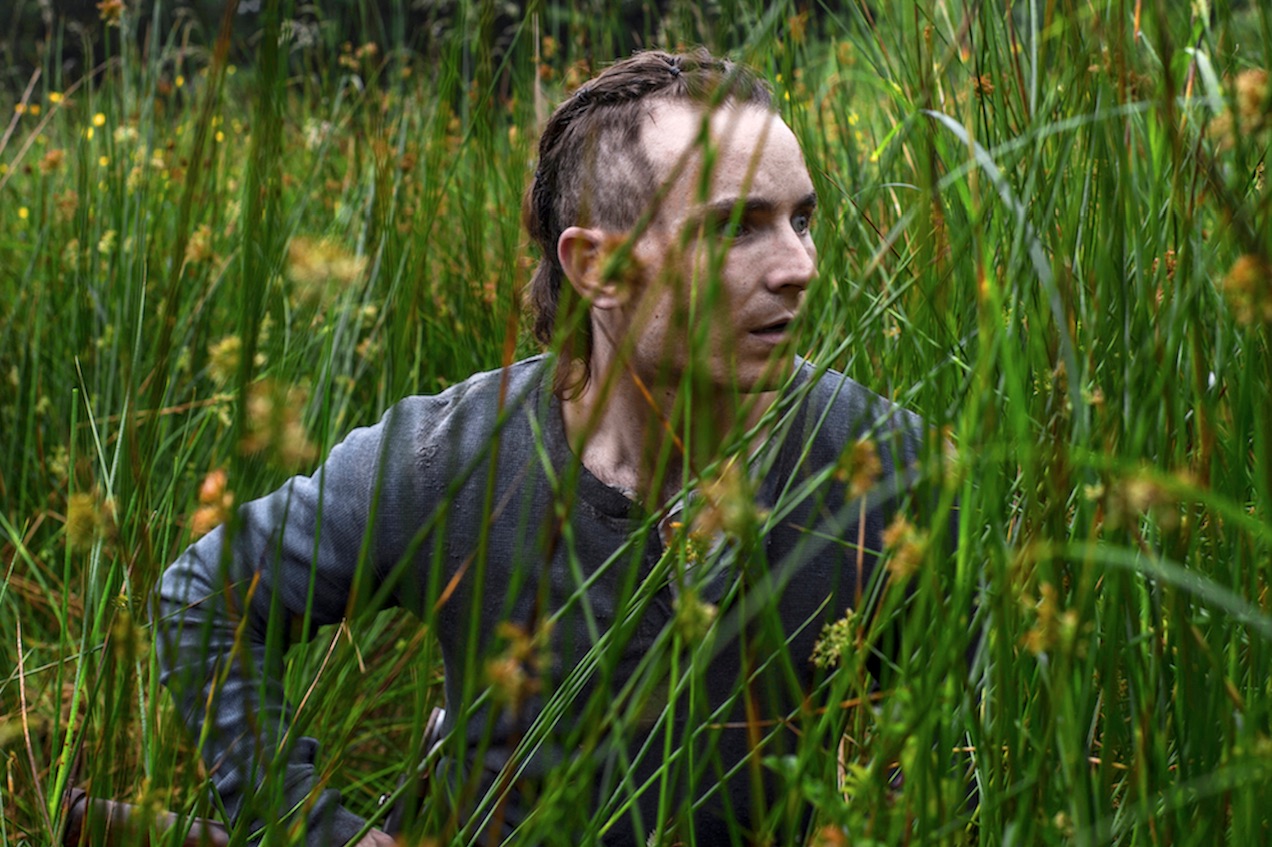 Is it a feminist film?
I’m reluctant with men who self-identify as feminist because it’s not our right to be. Our job is to recognise the discriminatory and patriarchal system in which we live and to change those norms… I think the actresses in the film believe it conveys feminist themes and they’re very confident they’re not portrayed as victims in the film. They’re very active. In some sense they’re the protagonists of the film and Martin’s a secondary character, from whom’s perspective the film is told. The film depicts, in a sense, an arranged marriage. And there’s almost a parody of capitalist economics in what happens between them. So it’s certainly a critique of a patriarchal society.

Is the film a call to action?
I wouldn’t say so. It’s more of a philosophical film. What I do think is important is we have more female characters, and that we show older women on screen. More actors playing great roles. That’s something I feel strongly about. I’m sick of how shit the roles are for a woman who looks over 45. I think it’s an abysmal disgrace. And I want to see more of those stories. 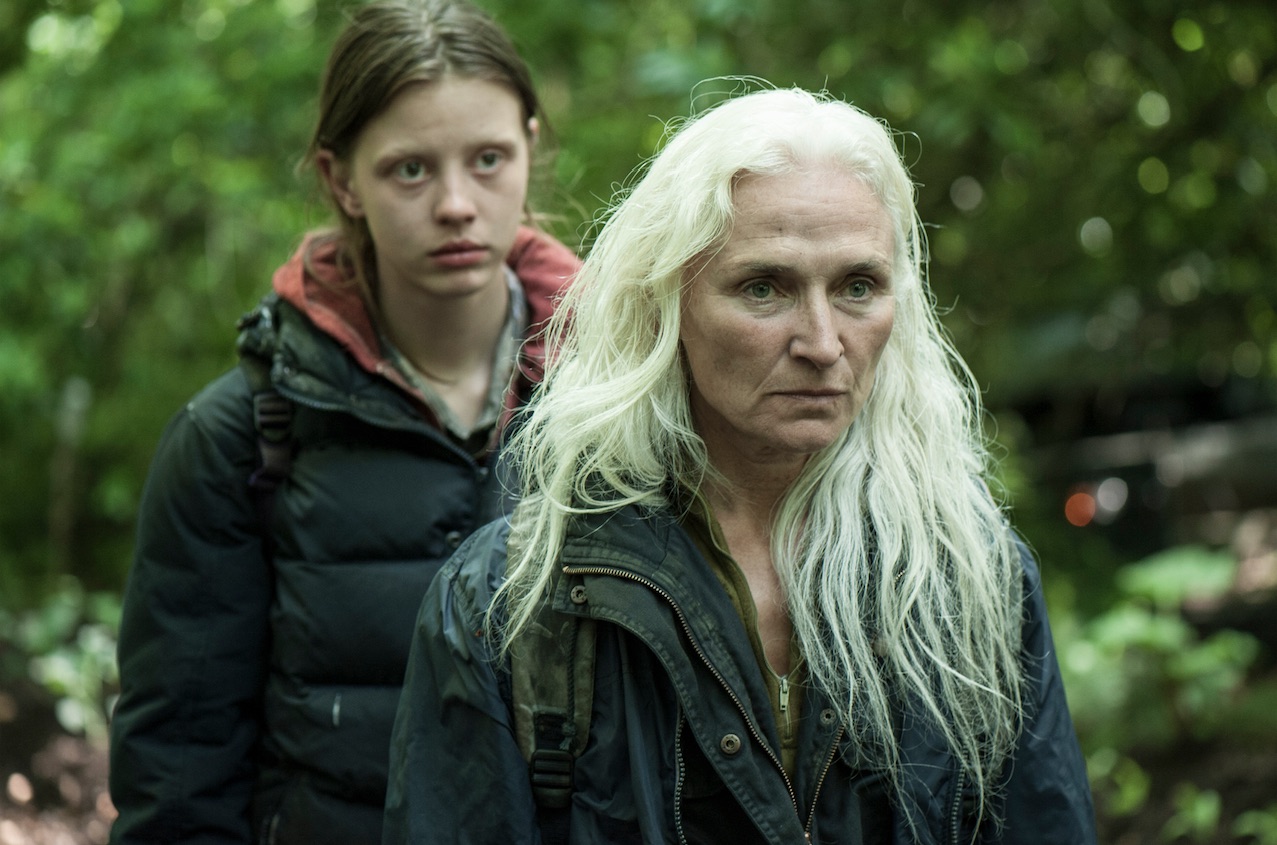 What about the ecological side?
I think my views would be controversial on that matter. We open on a population graph. I certainly agree with soft population control policies, like advice, family planning, societal consensus in terms of family size. The fact we can’t even have that conversation speaks of a very deep taboo… I think there are a lot of interesting questions. Fundamentally it’s not really about oil, it’s about population growth. When my parents were born there were 2 billion people on the planet. There are now 7 billion. There are people who say that can go on forever, and people who say that it won’t. I say that it won’t. I don’t have the solutions. But we’re not even talking about it, because it’s impolite.

The Survivalist is out Friday February 11 at cinemas across the country.

Linkedin
RELATED ARTICLES
OTHER ARTICLES
Xiuhtezcatl Martinez is a young environmental artist and activist from Boulder, Colorado, whose unorthodox campaigns are gaining international attention.
Talented parkour athlete Georgia Munroe stars in short film that highlights the individual's relationship with the city.
Las Vegas: Meditation uncovers fear, loathing and post-apocalyptic culture in a city still reeling from the collapse of the US housing bubble.