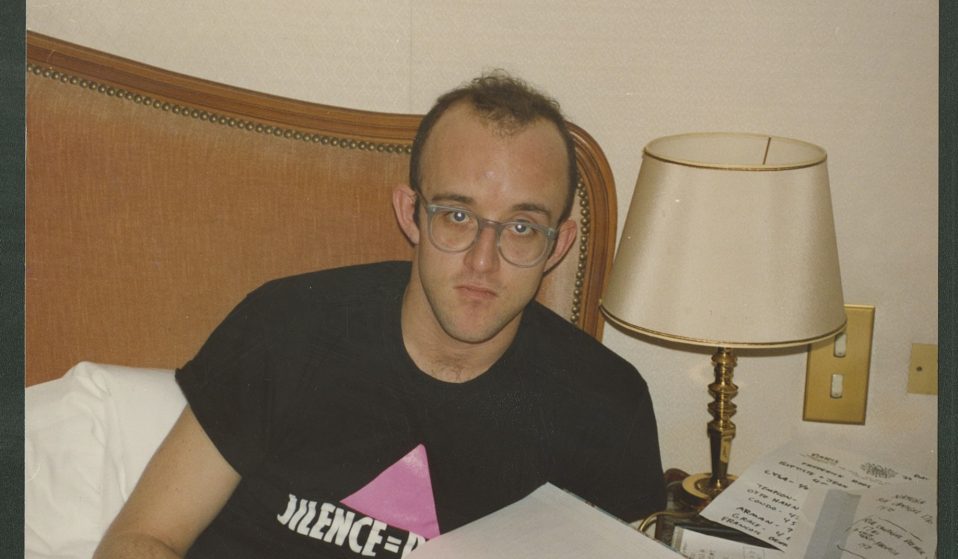 A new documentary looks back on the artist’s divisive career, from his shunning of the art establishment to his work with the Act Up AIDS campaign.

A new documentary looks back on the artist’s divisive career, from his shunning of the art establishment to his work with the Act Up AIDS campaign.

Keith Haring’s art is ubiquitous. His pieces, murals and sculptures can be found all over the world, and often in public places.

Rising to notoriety through his primitive drawings in the subways of New York, his symbols – typically outlines of dogs or dancing men – soon became synonymous with the city, and he quickly blossomed into one of the most celebrated and distinctive artists of his generation. Later, he would take his quest for accessible art one step further by opening the Pop Shop, meaning that his art was plastered all over the t-shirts and bedroom walls of kids across the world.

Equal part activist and artist, socio-political themes were frequently found in his work. This included themes of sex and homosexuality to advocate for AIDS awareness, as well as work that was staunchly against apartheid or nuclear weapons. In 1990, he sadly passed away from AIDS-related complications aged just 31.

Recently, as part of Sheffield Doc/Fest, a new documentary on the life and work of Haring received its world premiere (it is also currently streaming on the BBC iPlayer). We spoke to the director of Keith Haring: Street Art Boy, Ben Anthony, about the artist’s legacy.

What was your relationship to the work of Keith Haring going into this film?
Ben Anthony: I was a teenager in the ’80s and Keith Haring was a huge figure because it was the kind of work that was on record covers and your mates had printed t-shirts. His work really felt like part of my own personal history, so to make a film about that was really appealing.

The film explores Keith Haring’s younger years as a church-attending kid in small-town America. This shows us quite a stark contrast from the life he went on to lead in New York.
Ben Anthony: His parents and family are very proud of him. Even though they come from a very conservative small town in Pennsylvania, and he went off to New York to become something of a hedonist. He was out every night and very sexually active – all kinds of things which they don’t represent. There were certain areas his family didn’t want to go into about his personal life, particularly because I think they found that uncomfortable and he obviously succumbed to a sexually transmitted disease, and they felt uncomfortable talking about that. But that was fine because really what we wanted to do was to try and tell the story of his development as an artist from a child and where he got his inspiration from and what their part in that was.

He appears to be an artist with quite a few defining periods as part of his personal and artistic growth.
Ben Anthony: Yeah, I think one of the joys of the story is that there is a clear mappable progression, in terms of finding his own identity. In terms of his progress and development as an artist, there are critics who say that he hit a wall as an artist and he never developed beyond a certain point. I would disagree with that because even though the style remained consistent, the scale of it changed. He moved into things like sculpture and tried to redevelop his style in different ways.

He also tried to make his work accessible, and that’s a really key part of his story. Even though he was accused of selling out, being commercial and trying to make money, actually what he was trying to do was say: why shouldn’t people walk around with art on their t-shirts? If they like something they should be able to keep it, and they shouldn’t have to go to an art gallery to see it. It shouldn’t be the preserve of the wealthy to own a piece of my work. 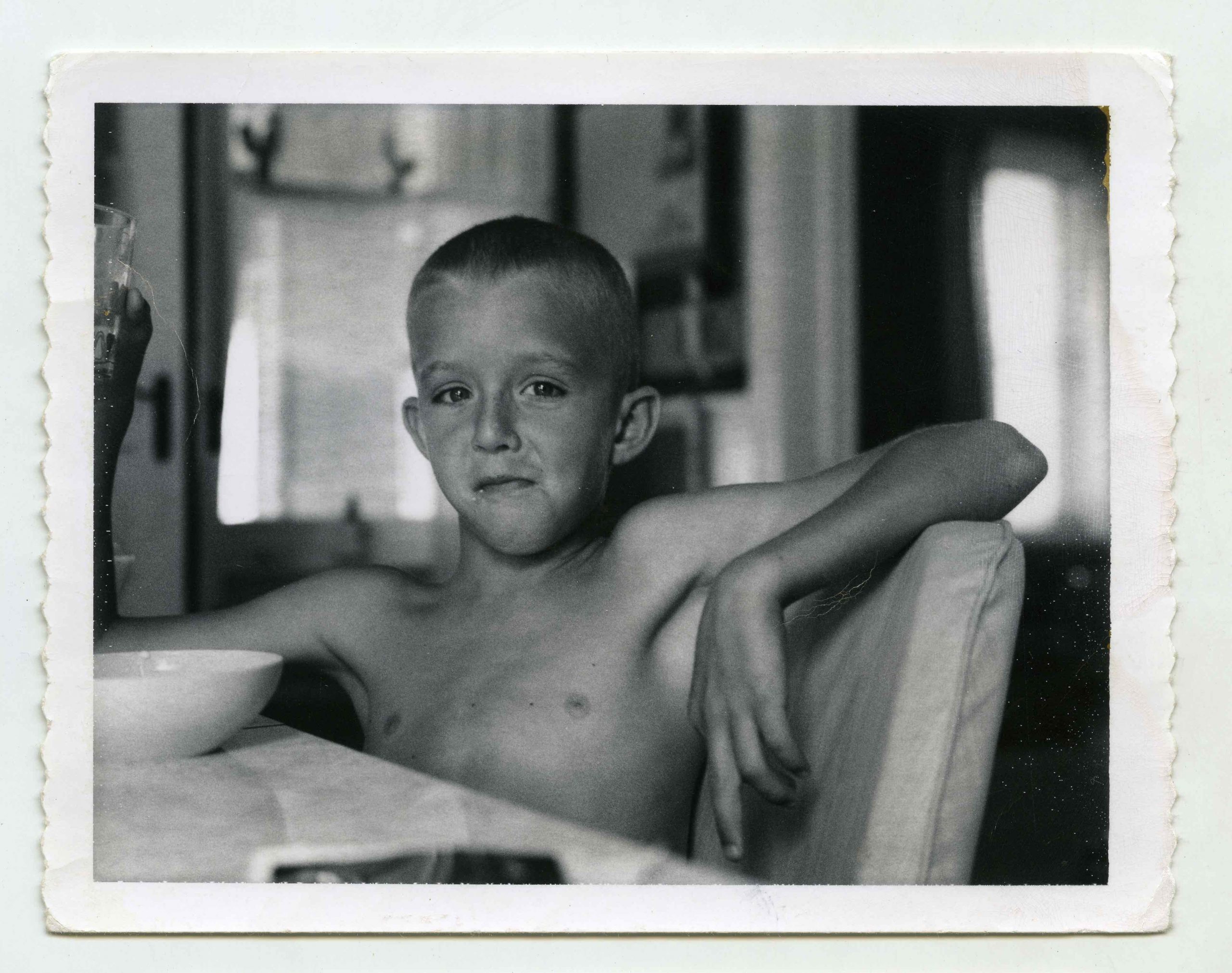 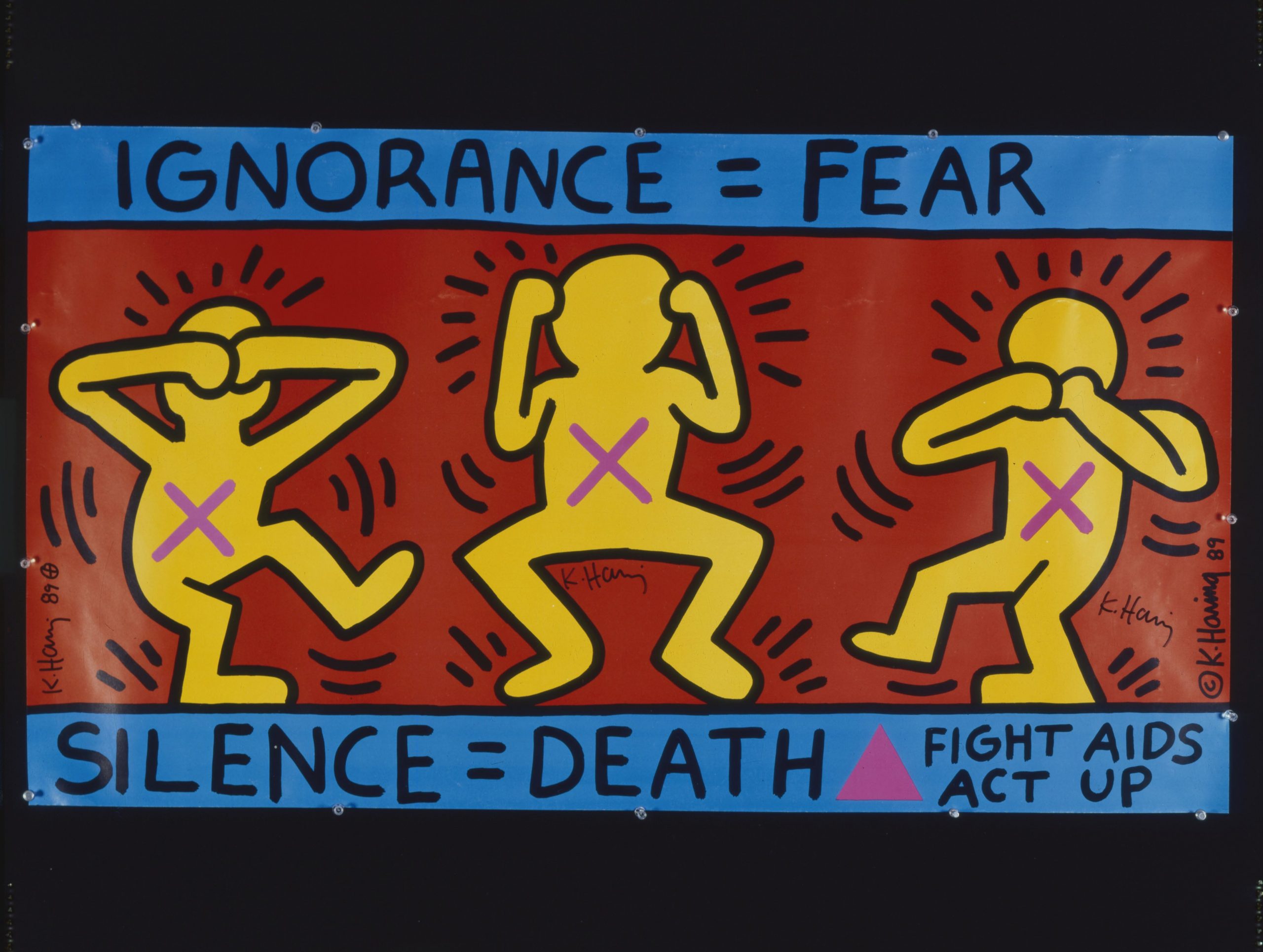 Was his refusal to play ball in this way the reason why he was snubbed by some art circles?
Ben Anthony: There are various theories on this. I think because he had an unconventional route to success and bypassed the galleries, the market dealers and so on, that put their nose out of joint. He didn’t play by the rules. The thing that made him famous was chalk drawings in the subway, and that didn’t require any approval from any gallery owners or art critics. I think that bypassing the art establishment meant that they didn’t really respect him, though I think now that they have definitely revised their view. They recognise the cultural impact that he’s made. He was always uncompromising and determined to do things his way; he wasn’t prepared to kowtow to the people that he probably ought to have made more of an effort with, or adapt his style to please other people.

Historical art being assessed through a contemporary lens is a bit of a talking point at the moment, and the film touches on the discussion of cultural appropriation in his work.
Ben Anthony: Things are very different today and I wonder whether he might have become the successful artist that he became now. I think his friends and defenders, among them people of colour, said he was just naive. He knew what he liked and those things influenced him. He didn’t realise that he was treading on people’s toes or mimicking art that comes from different cultures. He was just soaking it all in and then turning out what he liked and I think there was a sort of innocence about him, which meant that even if people did think that he was a wannabe – or that he was fascinated by, as he says, black and Puerto Rican young men – that they forgave him that because he was so dynamic and generous.

He bent over backwards to help people and did a lot of public work in public spaces. A lot of his art was done in spaces in really rough neighbourhoods where no downtown white boy artists would go. Keith genuinely felt a connection, he genuinely felt like he had a kind of contribution to make. I remember back in the ’80s seeing pictures of Keith Haring and thinking how had he managed to get that sort of acceptance in that world. Part of it was sort of his nerdiness or nerdy appearance. He didn’t represent someone who was trying to be black or trying to be something he’s not – he wasn’t trying to be a street kid.

His political activism – and the overlap of that with his work – seemed to really intensify in his final years. Would you say that’s true?
Ben Anthony: Towards the end of his life his work was more and more related to AIDS and HIV awareness. I mean right up to the point when he wasn’t able to attend rallies he was doing that, while also producing work on a huge scale. Right up until the last 12 months of his life he was still travelling the world and still doing huge murals. He wanted to be helpful and to not just donate money to the cause, which he did, but he also wanted to be able to lend his art to the Act Up AIDS campaign because he knew that the art would resonate with people. Nothing was dialled down. I think he pretty much stopped when he just couldn’t do it anymore. 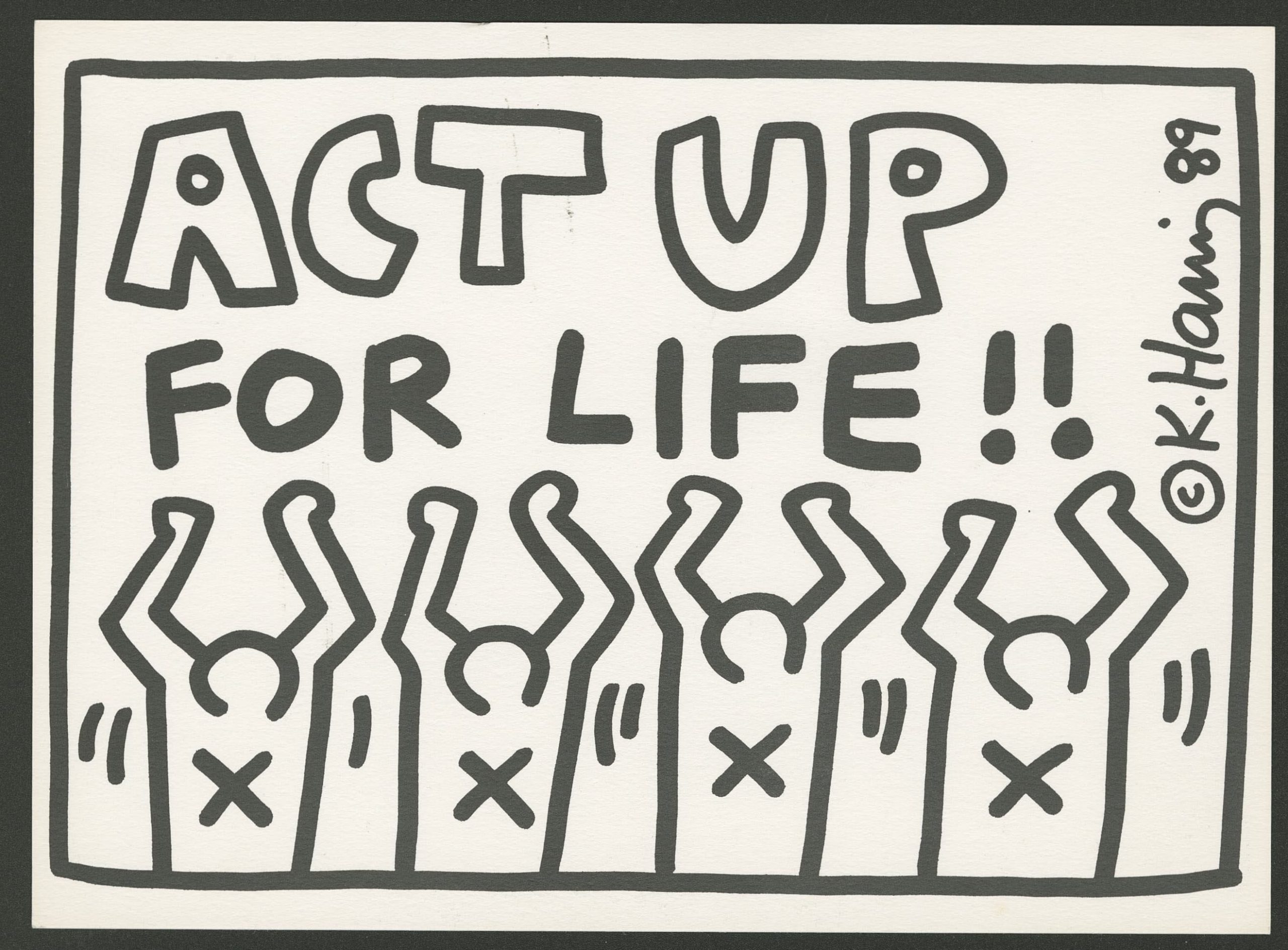 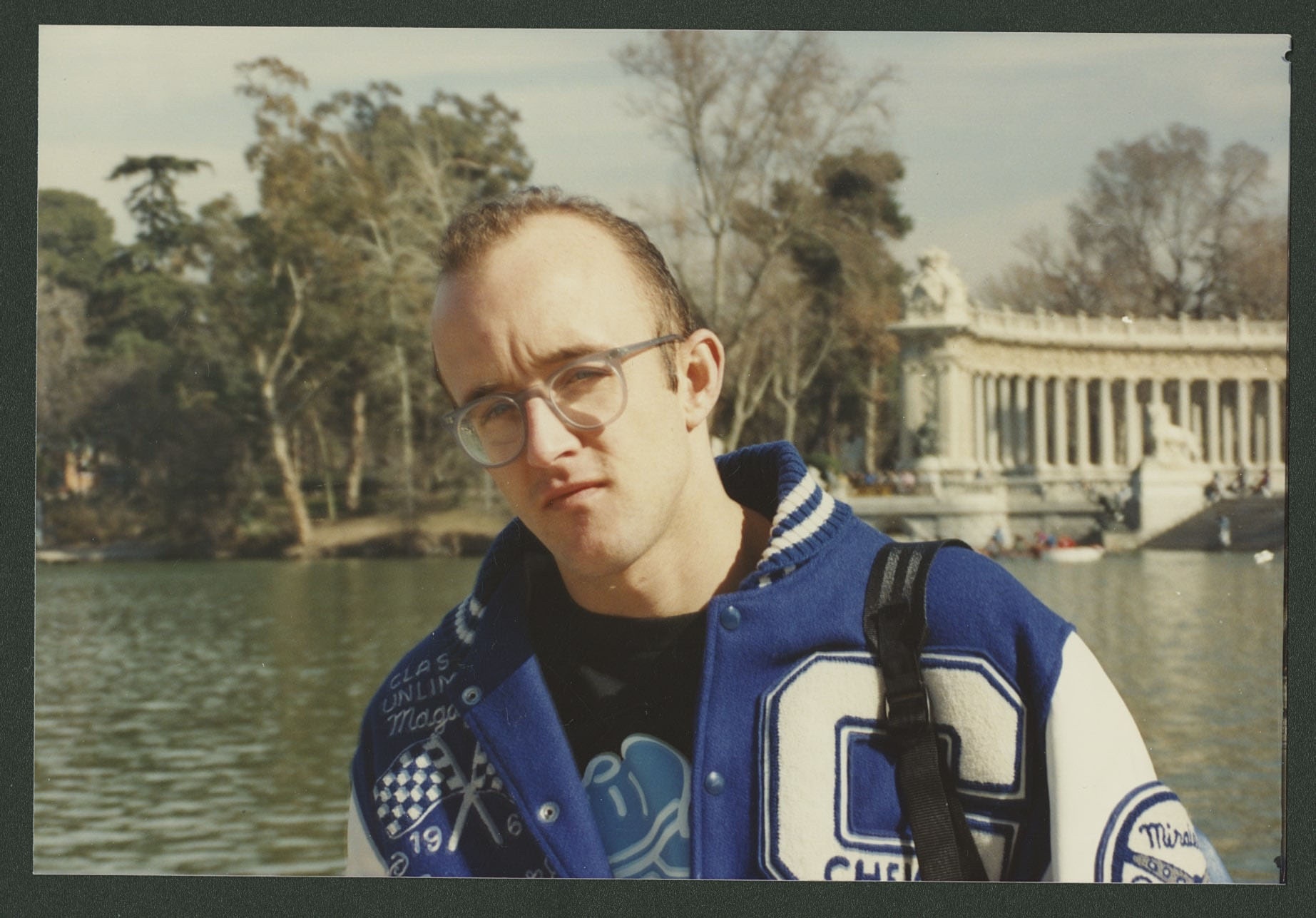 Linkedin
RELATED ARTICLES
OTHER ARTICLES
After fleeing the war in Ukraine, people are finding it impossible to secure affordable and decent housing in the UK.
Photographer Sean Maung reflects on documenting a small town in Pennsylvania afflicted by high levels of unemployment, poverty, violence, crime, and addiction.
Yohon Tatum, aka Legendary Father of the House of Tisci, reflects on nurturing a new generation of talent.
A new film from Berghaus traces the story of Adam Raja, who left behind a turbulent upbringing to discover the healing power of climbing.
After a two-year hiatus and a new album, the Nigerian artist is riding high. Now, he wants to bring his alternative, genre-bending sound to the world.
Taking us through one of the most dynamic years in recent history, Laylah Amatullah Barrayn new photo book contains tender yet confrontational portraits.