Art & Culture / Film / What Netflix did next: one of the worst films of all time 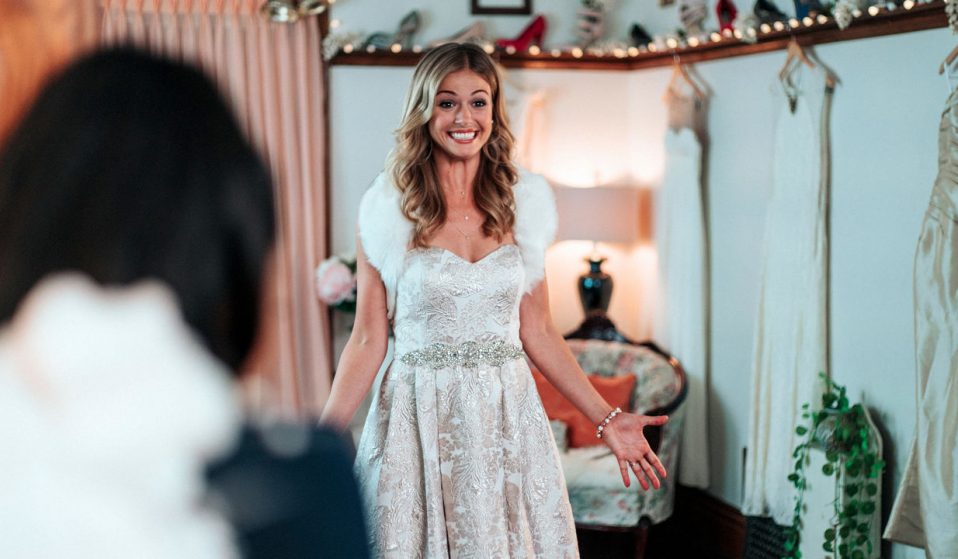 Writer Megan Nolan bravely ventures into the latest Netflix Original releases, in an attempt to figure out if anything is even worth our time anymore. This week, it’s Kurt Russell as sexy Santa, and the unforgivably bad The Christmas Wedding Planner.

Writer Megan Nolan bravely ventures into the latest Netflix Original releases, in an attempt to figure out if anything is even worth our time anymore. This week, it’s Kurt Russell as sexy Santa, and the unforgivably bad The Christmas Wedding Planner.

You know that thing where something is supposed to be romantic, but instead it makes you sick and uncomfortable? Okay, sure, if you’re attracted to men this is most things, but I mean the really overt stuff.

Like, where the person thought it was a gesture, but it’s actually so deeply inappropriate that you can’t believe it’s happening. Like when a guy proposes to his girlfriend who’s just run a marathon or won an Olympic medal and she’s still sticky with exertion and personal triumph. Or like that man in Bristol last year who went to the park and started playing piano and said he was never – NEVER – going to stop until his ex-girlfriend gave him another chance, until he was blessedly jeered into obscurity.

Many crappy romantic comedies have such a moment – the bloke from Teachers confessing love to his best mate’s wife in Love Actually comes to mind – but The Christmas Wedding Planner has blown every previous instance out of the water.

The Christmas Wedding Planner has not been a popular release, even in the heady, tolerant world of abysmal romantic Christmas shite. While A Christmas Prince delighted its audience with a warm, mildly knowing silliness, Wedding Planner has stirred a primal rage. Why is this? Is it cynical, and hastily thrown together? But of course. Does it have the feel of having been written by a committee of chimps with access to the Hallmark Channel? Certainly. It’s a deeply stupid film, sure, but almost every film like it is stupid, so why is it making viewers so mad?

We begin with our heroine Kelsey (Jocelyn Hudon), apparently an aspiring wedding planner, although she expresses zero interest or enjoyment in the job, nor, by the end, any intention to do another wedding. Her first job (and presumably last, given her evident indifference) is planning her cousin/ best friend Emily’s nuptials (Rebecca Dalton), to a blank “perfect man” type with teeth and a fortune named Thomas or something.

At the bridal shower, Emily’s ex, a sexy bad boy (one assumes from his suggestive eyebrows and facial hair) Connor (Stephen Huszar) turns up. It transpires that he’s now a PI and is investigating Thomas-Or-Something. Kelsey ends up teaming up with him to find out if something is amiss and to safeguard dear sweet Emily’s future, and guess what, ruh-roh, along the way they find a sexy connection with one another.

Emily! Poor, sweet Emily. Emily is treated like a saintly dishrag for the whole film, wandering about from cake-tasting to dress-fitting with big plaintive eyes and perfect blonde hair and apparently without enough value for anyone involved in the ever-growing conspiracy surrounding her wedding to consult her about their concerns.

SPOILER. I’m going to spoil the film’s ending now, in case you suffer from the same brain worm as me which compels you to watch every single piece of crap like this and you don’t want to know.

At the end, after some red herrings, Kelsey and Connor’s sleuthing comes good. At the wedding, a heavily pregnant maid is led in as Dishrag Emily and Thomas-Or-Something are about to say their vows. Thomas-Or-Something impregnated her and then his rich daddy fired her to cover it up. Boooooo! Perfect amorphous blob man is not so perfect after all!

Sad, right? Most people would agree this is a pretty distressing revelation for poor old Emily, especially given that Kelsey – her supposed best friend – and Connor hadn’t even told her that something seemed awry. Traumatising, some would say. She sits outside the church contemplating a suddenly unknown future. As she does so, Kelsey and Connor make up from a fight too boring and obtuse to detail here, and kiss. Emily gamely claps along at their blossoming love; a love forged, let’s not forget, through the bonding experience of collaborating to destroy her wedding. She’s so good, Emily, so good and pure and empty.

I was already fairly galled by their disregard for her situation, the smooching and falling in love inches away from the double-crossed would-be bride, when something genuinely mind-boggling happened. They take her wedding. THEY TAKE HER WEDDING.

Connor proposes to Kelsey by saying “How about you tell the guests to stay?”

He says this quite inexplicably, given that they are guests for a different couple. The guests know him only as the scary shouty man who ran up the aisle with a terrified pregnant maid to end the wedding they actually came to attend. Nonetheless, the demented charade ploughs on.

THEY TAKE HER WEDDING. I can’t overstate the extent to which they simply… take her wedding. Emily stands up there on the altar where she was jilted less than an hour ago as Kelsey’s maid of honour; Kelsey, who we must now assume is a woman tragically born entirely without empathy.

The only just way for this film to have ended would be with pure sweet Emily, rictus grin still plastered on her poreless face, murdering her backstabbing best friend Kelsey and weirdo ex-boyfriend Connor in their ill-gotten honeymoon suite, and I feel – no I know – that not a jury in the land would convict her.

WORTH A WATCH WHEN SOBER? I mean in the objective sense of the word “worth”, no, but yes.

WORTH A WATCH WHEN HUNGOVER/ DRUNK? Yes/ Yes. Now am I conscious of the fact I’ve given this film no popcorns and yet am recommending you watch it? I am, but that’s the kind of dynamic, kerrazy, off the wall reviewing you come here for.

Okay so I’ve used up all my space this week on The Christmas Wedding Planner because I’m obsessed with it and will be for the rest of my life, and therefore I don’t have room to say much about this one but that’s fine because its a simple one. It’s nice! Really nice!

The Christmas Chronicles a generic family Christmas film with occasional sardonic funny bits and an exceptional Santa, and it totally does the job. Siblings Teddy (Judah Lewis) and Kate (Darby Camp) have fallen out with each other after tragedy hits their family, taking their beloved father. On Christmas Eve they disrupt Santa’s delivery route and fuck up his sleigh and need to help him rescue Christmas. Santa is played by Kurt Russell and he is fit. I’m slapping my knee and hollering and shouting “FIIIIIIIT!” because he’s so fit. I don’t have a Santa fetish, Kurt Russell is just fit. Twinkly eyes and rude grin. Yasss, Santa baby.

Anyway, the film is a truly sweet and entertaining one and it made me cry twice, but I should mitigate that by saying I cried twice watching Elf for the 20th time last week (when my boyfriend asked why, I responded: “The magic of Christmas… made the sleigh fly…” and then secretly cried some more in the toilet).

Happy Christmas my fellow Netflix-garbage-aficionados! I look forward to sharing more of the utter dross I so love with you in the coming year, and even some good films too.

WORTH A WATCH WHEN SOBER? Yes, lovely. Have a snack and a cry.

WORTH A WATCH WHEN HUNGOVER/ DRUNK? Too wholesome for being drunk to, would be nice with a gentle hangover.

Linkedin
RELATED ARTICLES
OTHER ARTICLES
Last week, Tower Hamlets council removed its nudity-restricting licensing conditions in a huge win for London’s kink community.
Students are being left to languish in unsafe housing, in some cases leading to serious health complications.
From the early originators to the female writers at the forefront of today’s scene, we talk to the artists redefining graffiti’s consciously macho origins.
A new series of photos by Johny Pitts shines a light on communities and subcultures that have all too often been overlooked.
One year on from the fall of Afghanistan to the Taliban, Tiara Ataii speaks to those who have been forced to make the treacherous journey to Europe for safety, and the barriers and horrors they have faced.
To mark the premiere of his new documentary on surfing giant Gerry Lopez, the filmmaker and former pro skateboarder sits down to share his unique brand of wisdom.