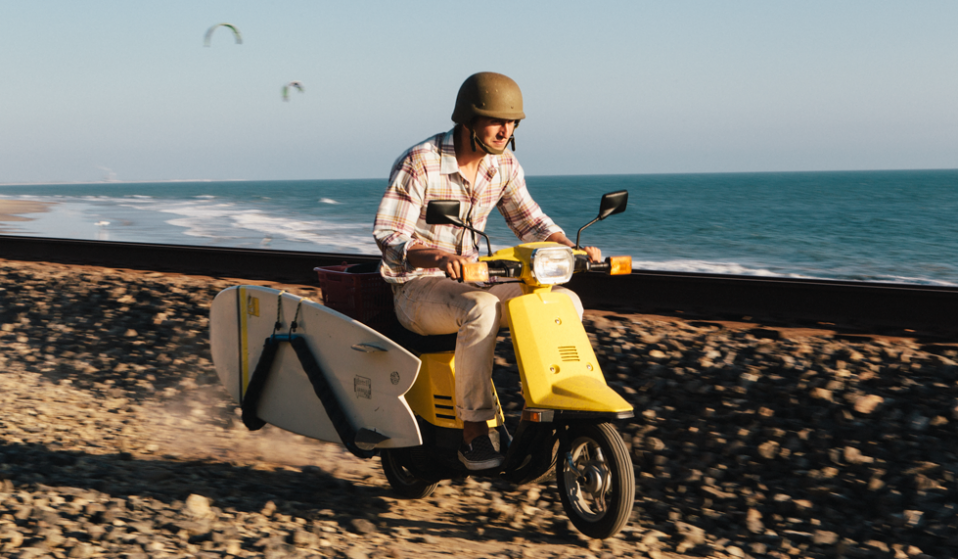 As an up-and-coming designer, Foster Huntington decided to hit the open road and live in a van. Now, with a million followers on Instagram, he's building a film studio and turning his reality into a fantasy world.

As an up-and-coming designer in New York, Foster Huntington decided to hit the open road and live in a van. Now, with a million followers on Instagram, he's building a film studio and turning his reality into a fantasy world.

Foster Huntington is perched some 20 feet off the ground, leaning against the railing of a Dr. Seussian bridge spanning the two tree-houses that make up his home and office.

Below, friends take turns skating around a concrete bowl, the rasp of grinding trucks punctuated by hoots of encouragement.

As the sun sets and the temperature drops, the light takes on a purple hue; shadows encroach from the surrounding forest while steam billows from the hot-tub nestled into a nearby hillside.

Dubbed the Cinder Cone, this piece of Never Never Land has been carved out of the Pacific Northwest for modern-day Lost Boys.

“I realised that I didn’t want to live in New York and I really didn’t care about fashion,” he says. “I loved my job and the people I met, but it was more like I just enjoyed working on aesthetic things.”

Personal projects became Foster’s escape from the nine- to-five. In 2011, he received a cheque from HarperCollins for a book based on The Burning House, an online project in which people would submit images of their most treasured belongings. Foster saw this as a ticket to freedom.

“The money from the advance was more than I was making in a year at Ralph Lauren, so I was like, ‘I’m done. I’m outta here,’” he says. “I bought a van and was just going to travel – taking photos, working on the photobook – in the hope that some stuff would come up.”

Foster started documenting his day-to-day life on then-fledgling Instagram. He saw a gap in the content people were sharing on social media: a lack of aesthetic sensibility.

“I thought it was funny,” he says, laughing. “I was just living in a van, and started the #vanlife hashtag as a joke. The van was breaking down a bunch and there wasn’t this crazy, hokey aspirational thing when I started it.”

Even if you’re not one of the million people following his adventures, chances are you’ve seen the exhibitionist adventure-lifestyle it inspired.

But Foster never intended to start a movement. He took his cue from friends he grew up with in Washington state, many of whom chose to become professional snowboarders rather than spend years at college or jump straight into a career. 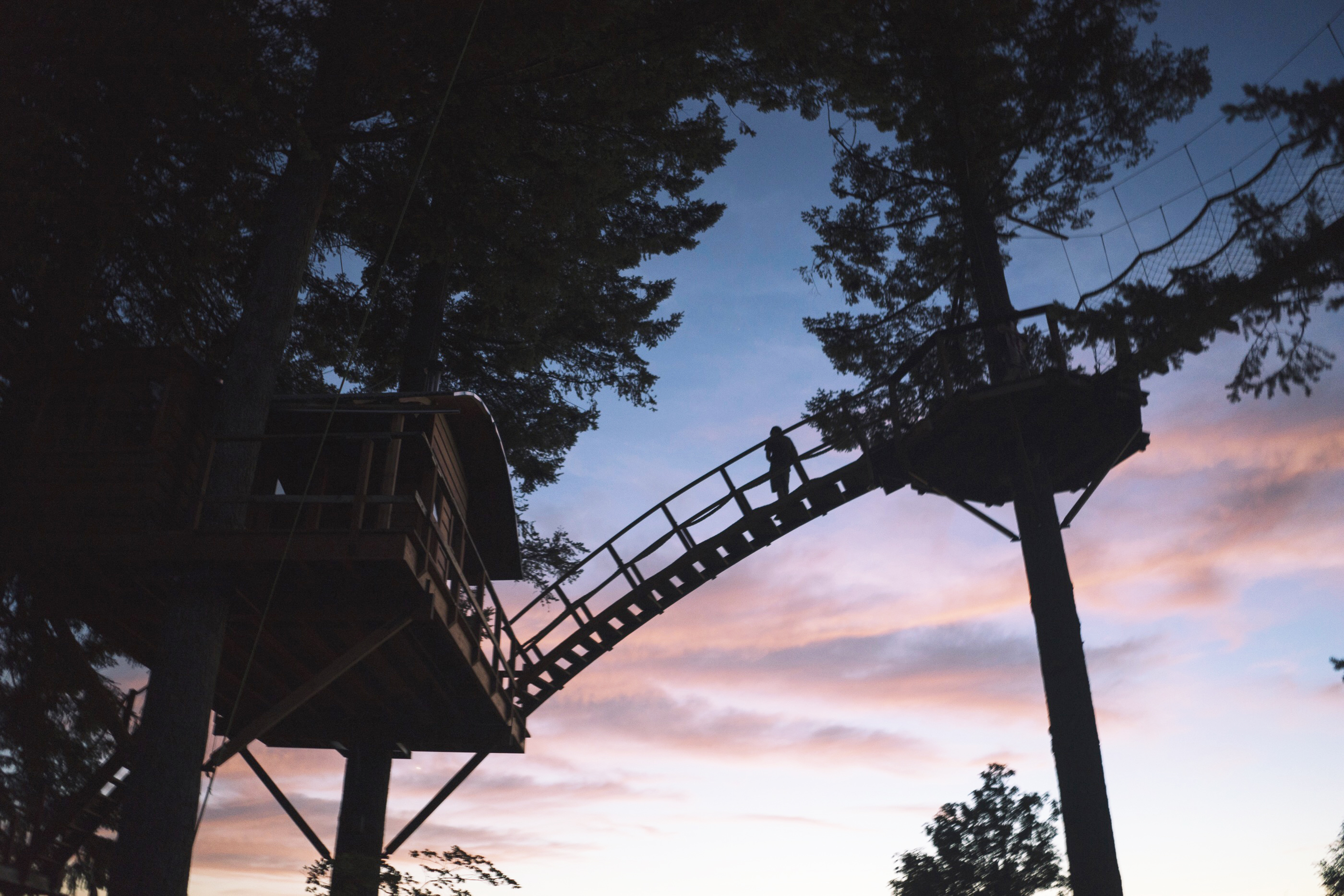 As Foster’s following exploded, more and more people started either sharing their existing vagabond lifestyles or, as is often the case, imitating one for online credibility.

Today, the concept of hitting the road – and leaving a trail of ’grams in your wake – has become its own subculture.

In the process, Foster notes, the method has become the destination: there are people living “in super pimped-out vans whose goal is to be an Instagram star”. But setting out on adventures for the sake of internet approval or bragging rights is counterproductive, he says.

“As a photographer, I fucking juggle with it all the time. It’s hard. I can’t say I’m totally absolved of doing that. I’m sure it’s influenced the stuff I’ve put up. Instagram would be a lot cooler if you couldn’t see how many likes things got.”

Now firmly established as a photographer and director – putting out beautiful photo-books like Home Is Where You Park It and experimental films like Waves on Mars – Foster is focused on laying down roots at the Cinder Cone, where his projects are just getting started.

He’s constructing a 3,100- foot studio space where he’ll make his own independent films to be released, naturally, over social media. But if you’re expecting wanderlusty documentaries, you’ll be disappointed.

“What you see on Instagram isn’t reality,” he says. “Once you make that leap, why not have fun with it? Embellish and take liberties and make shit that taps into your imagination. That’s what I decided a year ago. I don’t want to keeping making this pseudo-reality stuff. I want to get at these things in my imagination that I don’t see other people doing.”

To kit out the studio, Foster and friends bought vintage special-effects equipment – just like the ones that used models back in the ’70s, ’80s and ’90s, before CGI – which is perfect for the sci-fi and fantasy material he’s been developing. Now that he’s bringing it all to life in his own indie studio, the future feels wide open – just how Foster likes it.

“I’ve always been a super-firm believer in the Field of Dreams principle,” says Foster, embracing the notion, ‘If you build it, they will come’.

“However I envision monetising something, it always works out differently. That’s not my strong suit. I have ideas of how money can be made and I’m going to do that, but… I just want to make stuff nobody else is making.”

Check out Foster Huntington on Instragram or Vimeo.

Linkedin
RELATED ARTICLES
OTHER ARTICLES
From snake handlers to mardi-gras revellers, Tom “TBow” Bowden’s photos provide a snapshot of the wonderful and weird people who make up America.
Photographer Sean Maung reflects on documenting a small town in Pennsylvania afflicted by high levels of unemployment, poverty, violence, crime, and addiction.
Activists and campaigners are fighting back against new laws that would seriously undermine the ability to take industrial action, calling it an attack on fundamental workers' rights.
After a two-year hiatus and a new album, the Nigerian artist is riding high. Now, he wants to bring his alternative, genre-bending sound to the world.
The pro skateboarder withdrew from the 2020 Olympic Games so he could come out as trans. Now, he’s hoping to encourage others to live as their authentic selves – within the sport and beyond.
The first-generation graffiti artist reflects on the tagging’s emergence as an art form and the players who pushed the medium forward.