Art & Culture / The Frankenstein bikes taking over the streets of Britain 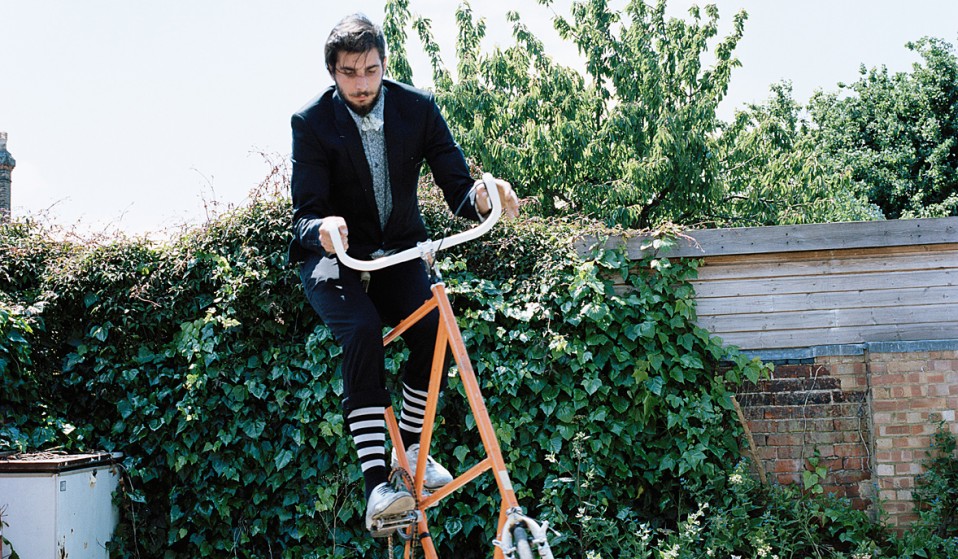 Huck meets the makers and madcap inventors who are taking a leaf out of Frankenstein's book and building the bike of their dreams.

Huck meets the makers and madcap inventors who are taking a leaf out of Frankenstein's book and building the bike of their dreams.

Bike culture’s ongoing and colourful resurgence is a constant source of inspiration – and awe – for communities around the globe. From the Fixie fiends who ruled the mid-noughties, to moustachioed Bike Polo teams; from devout road racers to couriers-turned-champs, the humble bike has lived a thousand different lives since it’s birth in 1917.

But perhaps nowhere is this constant state of evolution playing out with more humour than in the world of Monster Bikes. Behold the Frankensteins of the cycling world. 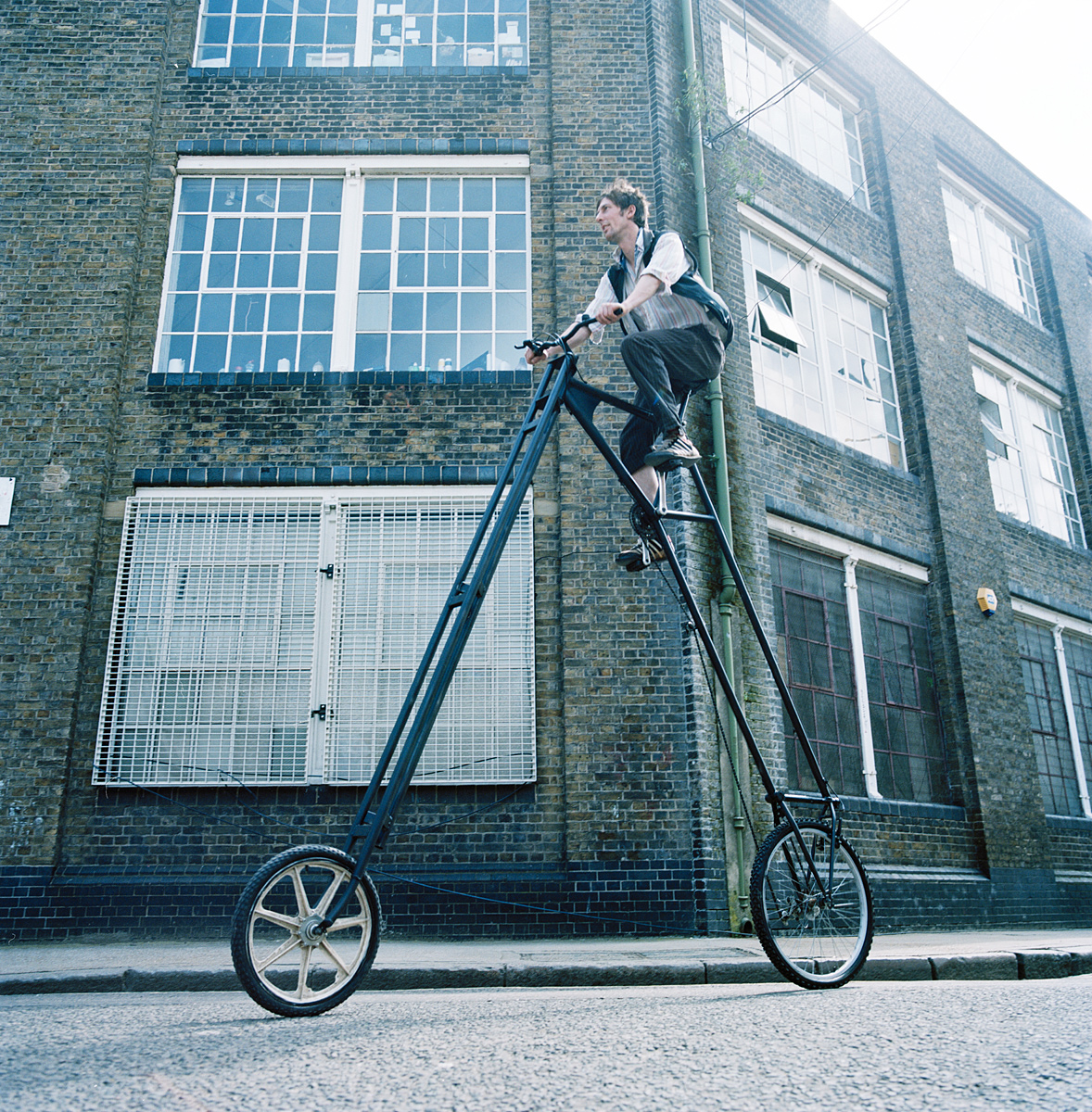 Tim Davies runs training courses for disaffected youths and started making tall bikes “as a tool to facilitate creativity”. Over the course of ten years, he’s made about fifteen bikes and runs workshops teaching others to do the same. Why? Because, he says, they are an end in themselves.

“I like building them and teaching other people to build them because of the confidence it gives you in approaching problems and finding the solutions yourself, instead of going down the shop and spending money,” he says. “Most of the bikes I build are just for fun. When I ride them around people come out of their shops to look, car mechanics are interested and kids stare and wonder what the hell is going on.” 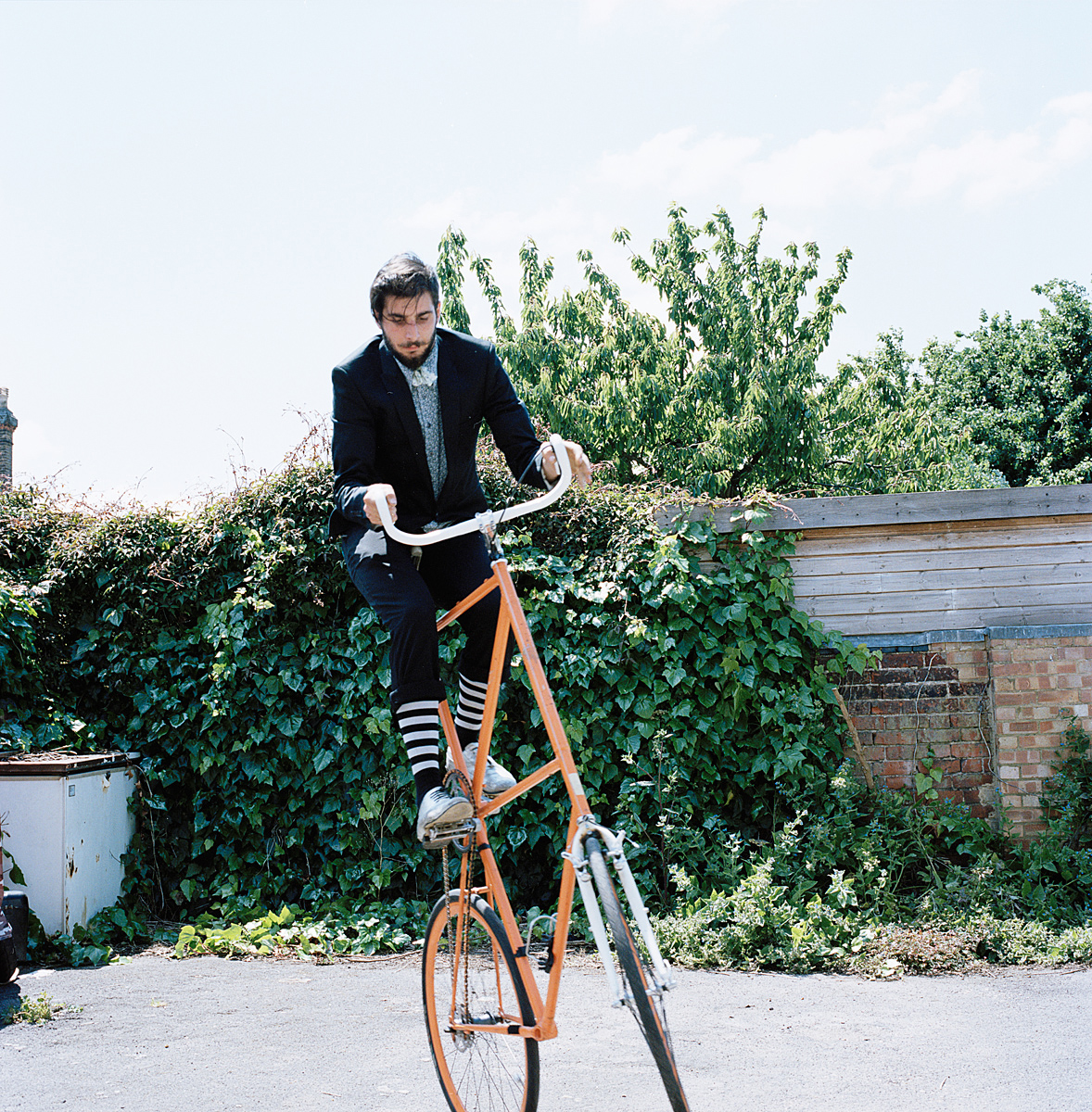 Peter Georgallou is a man of many occupations. As well as being “that guy who holds things up” at auctions, he splits his time between photography, art directing an opera company and working in three different bike shops. And his ride totally reflects his eclectic personality.

“I like commuting on Roger [the bike] because it’s silly,” he says. “If I ever wake up in the morning and feel a bit serious I just think, ‘You know what, today I’m going to wax my moustache and ride to work on a tall bike.’” And he’s not going to get serious any time soon.

“I think of [Roger] as a pedal-powered euthanasia machine,” he says cryptically. “If you cycle 180 miles at a rate of 20mph, a bolt of lightning goes straight into your head.” Okay then… 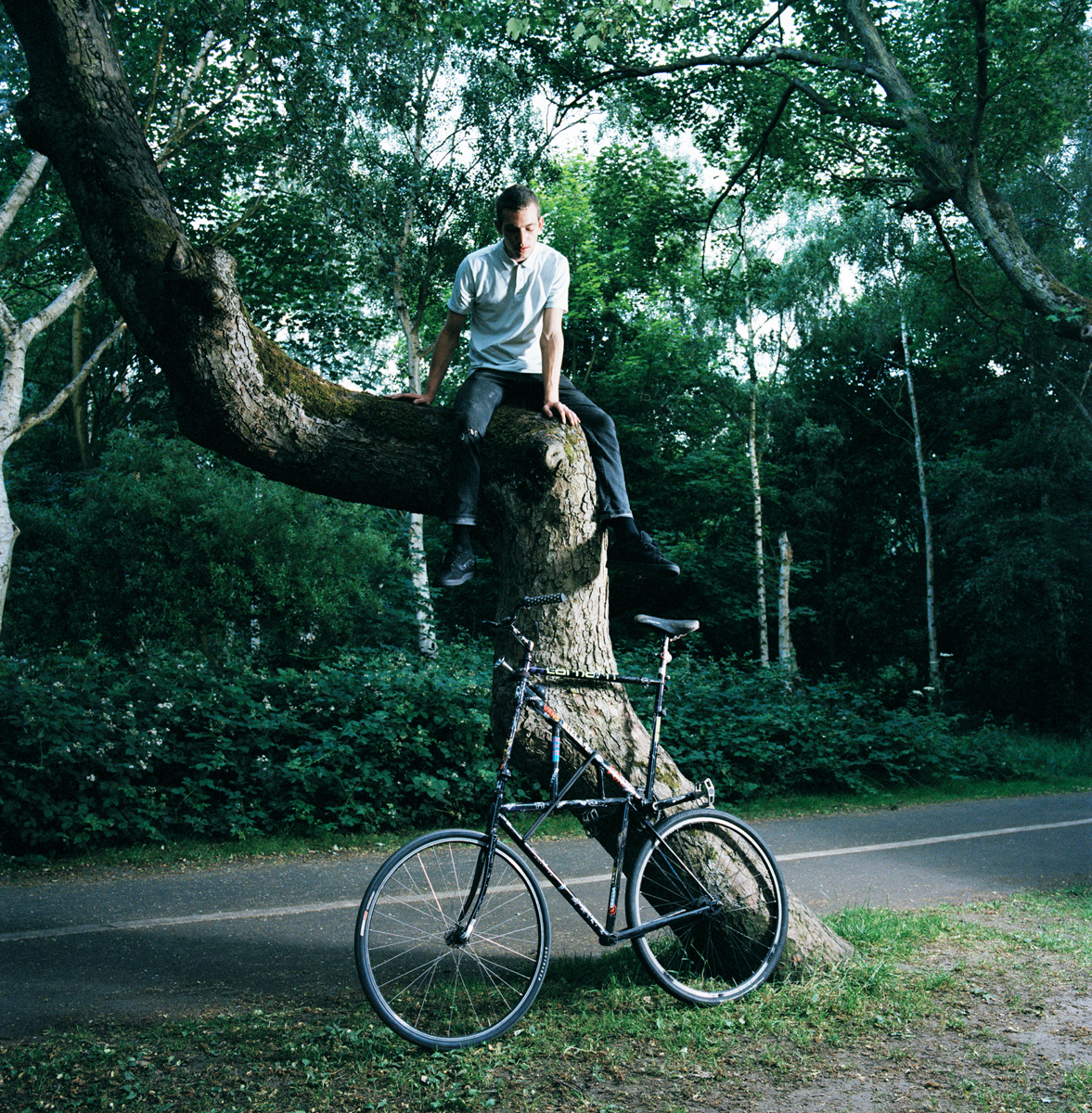 After a chance encounter at a bicycle wheelie race, BMX pro Billy Prendergast changed the way he looked at scrap metal. “I saw a guy on a tall bike,” he remembers, “and I thought it was such a great idea. I had a go and I loved it.”

Suddenly every discarded bike part in Brixton Cycles, where he is part of the worker co-operative, had potential and when some old frames turned up weeks later, he decided to get crafty.

“A friend had a welder and I just thought, ‘Fuck it, I’ll give it a go,’” says Billy, “and it came out pretty good. I love having a laugh on bikes… I’ve met most of my mates through bikes… Why do I like them so much? It’s obvious isn’t it? I just love to ride.” 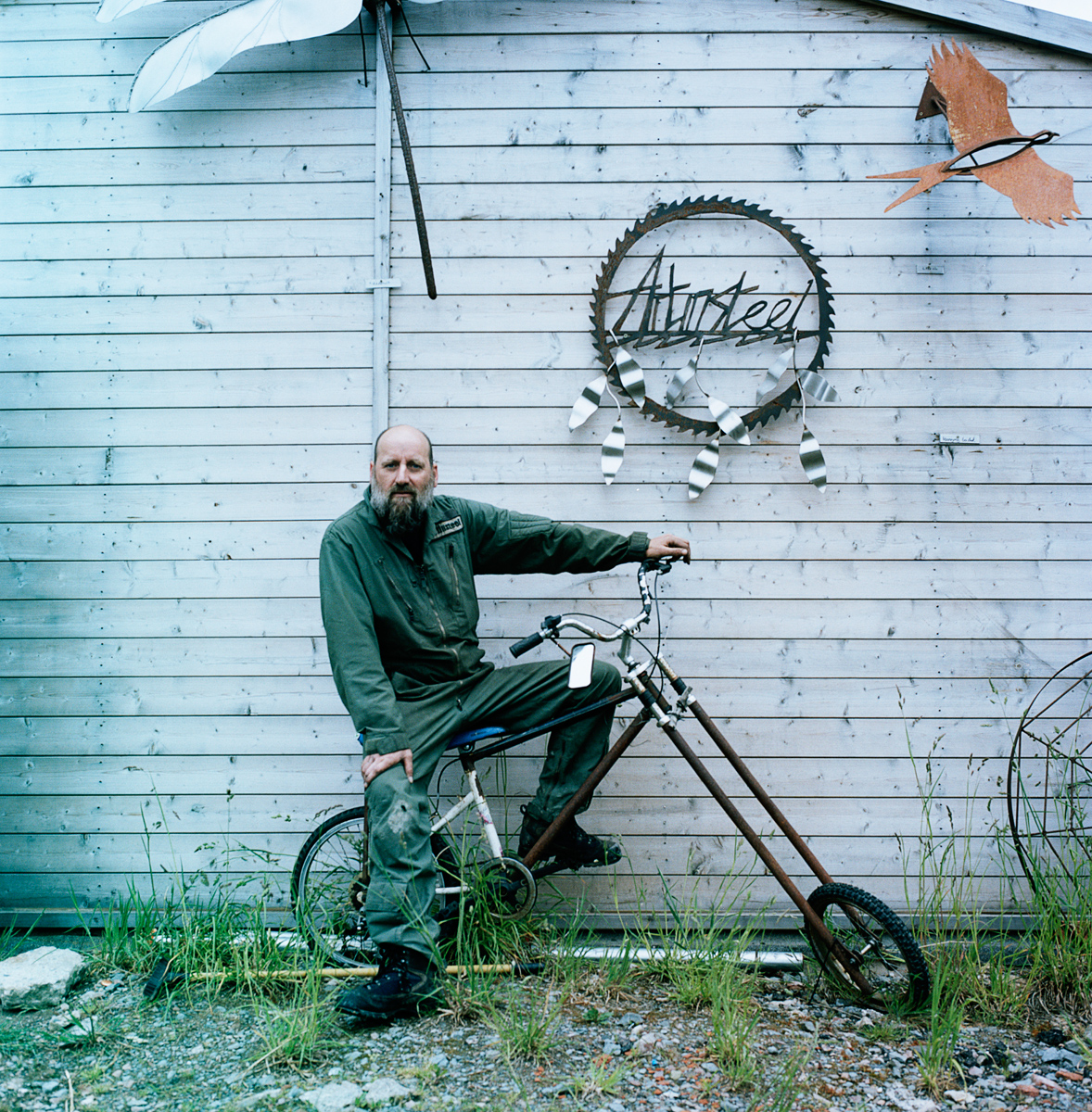 Craftsman Alan Ross likes to keep things homemade. In fact, it was while drinking some of his self-brewed cider with friends in Herefordshire one night that he came up with his latest DIY masterpiece.

He explains: “My friends and I had been at the cider one evening and I’d just learnt to weld. My wife was away for the weekend and I saw a chopper bike on the Internet and thought, ‘I can make that’. I’ve always been a cyclist but I’d never cut a bike up before.”

Undeterred, the enthusiastic fella got straight to it and found a way to unite his love of cycling and creativity. But why the two-wheeled obsession? “Bikes are transport, freedom, company and somewhere to think when I need to think about things,” he says fondly. And the sculptor is now totally hooked on building monster rides. “I do have a plan to make a tandem eventually. Not just any old thing, it will be a quality machine.”

This story originally appeared in Huck 22 – The Counterculture Issue.