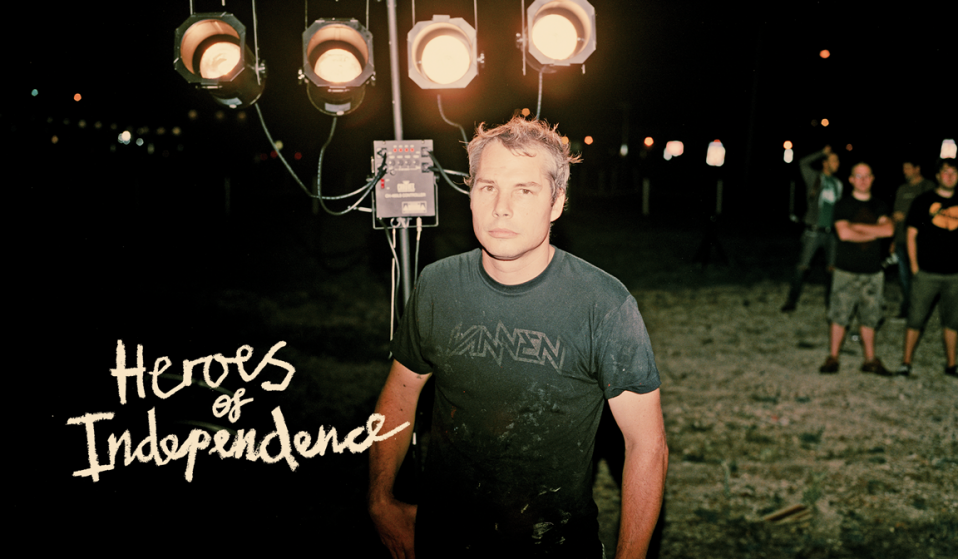 To celebrate a decade of self-rule, we caught up with icons who personify the spirit of independence. To kick off the series, Shepard Fairey shares the key to balancing commerical pressures with DIY values.

To celebrate a decade of self-rule, we caught up with icons who personify the spirit of independence. Since first appearing in Huck back in 2006, the skate punk-turned-entrepreneur Shepard Fairey shot to fame for his Obama HOPE poster. Here he shares the key to balancing commerical pressures with DIY values.

For over 25 years, Shepard Fairey has been producing instantly recognisable work fuelled by the same motivation: question everything.

Whether conveyed across sprawling street posters or packed into gallery exhibitions, his art tackles provocative subjects – from coporate power to climate change – in ways that can’t help drawing attention. He’s been arrested many times along the way.

In 1989, long before ‘viral content’ was a term, Shepard’s Andre the Giant Has a Posse street art campaign proliferated across the US, largely thanks to stickers distributed by the skating community.

But once he altered the image to simply read OBEY, however, it took on a life of its own – spreading a message of purposeful resistance around the world. 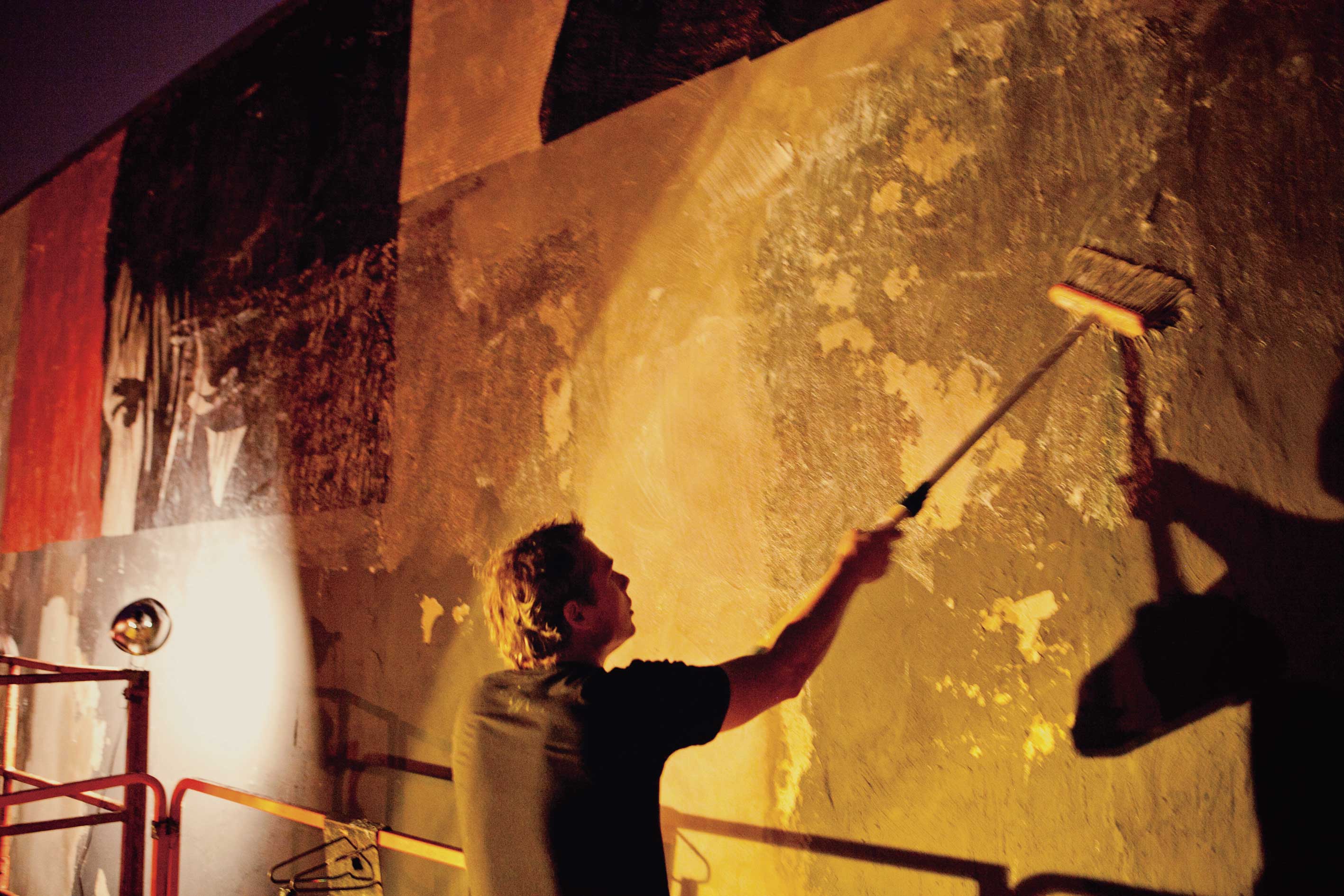 And therein lies the challenge: trying to make a living as a rebellious counterculture figure only sparks more challenges, controversies and questions.

To mark 10 years Huck, we asked Shepard how he stays true to the vision he built a career on.

But, generally, I mean finding ways to pursue your vision for your life with as little compromise as possible.

The hardest part of maintaining independence is that you are solely responsible for keeping the lights on and keeping things moving.

It can be challenging to have to develop and maintain your own systems, especially as a creative person when creativity is my strength and structure is my weakness.

That being said, I owe much of my success to a willingness to adapt to the square world’s timeframes and processes when needed. 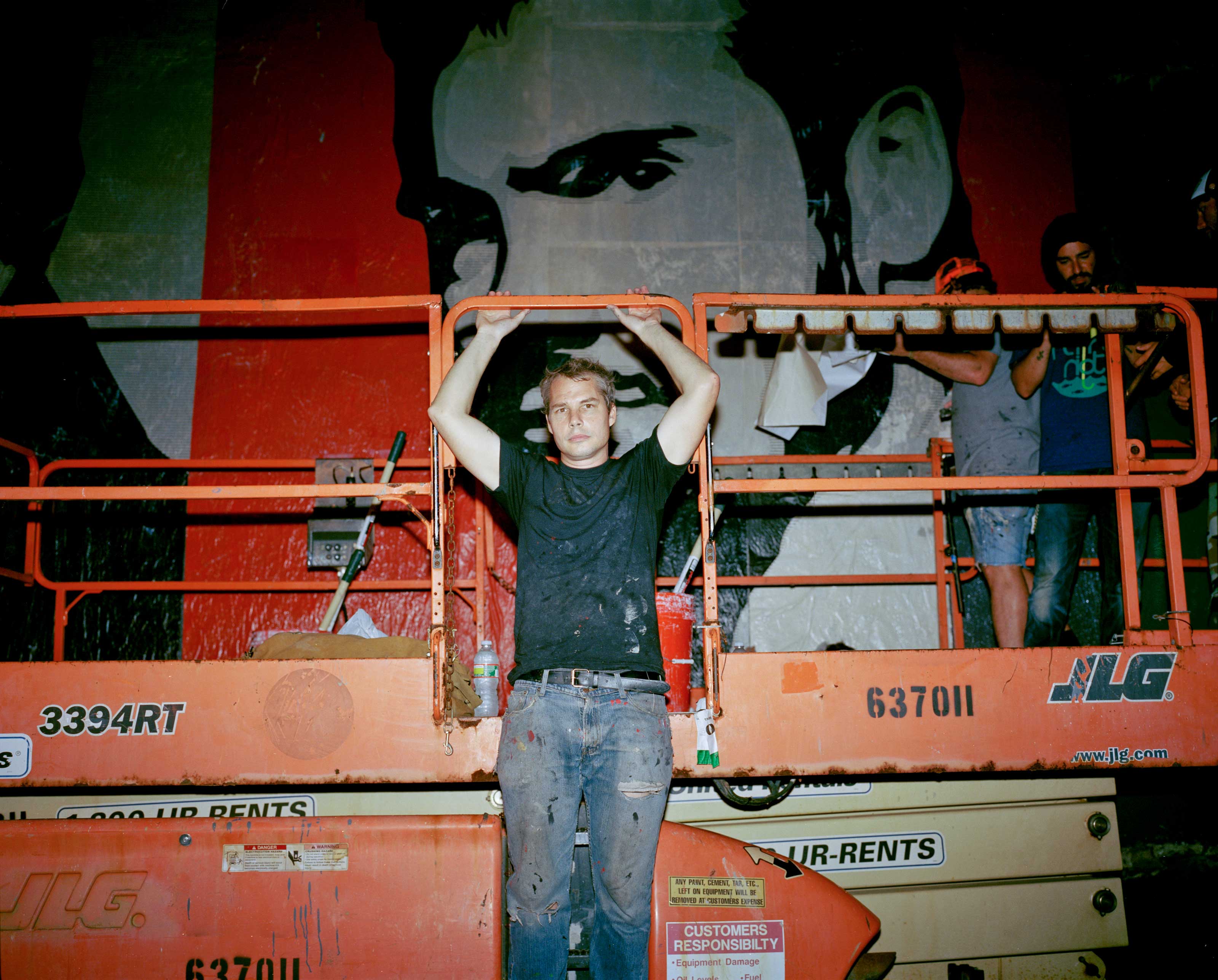 What are the biggest challenges you’ve faced and how did you handle them?

I went through a lawsuit for my Obama HOPE poster image which I considered a transformative illustration and an exception to copyright under fair use. However, the media company that held the copyright to the photo I referenced disagreed and I ended up in an expensive and time-consuming lawsuit.

I did the best I could to stay focused on art making and doing positive things but the lawsuit was very stressful until we finally settled out of court after two-plus years. I learned to meditate during that time and to avoid dwelling on things that were not within my control.

Other than that, I’ve been very fortunate to be successful with my art and clothing line. But even success has its challenges because I come from an outsider, do-it-yourself perspective and people perceive that success has changed me. I’m still just as a rebellious as I’ve always been but now I have more platforms at my disposal. 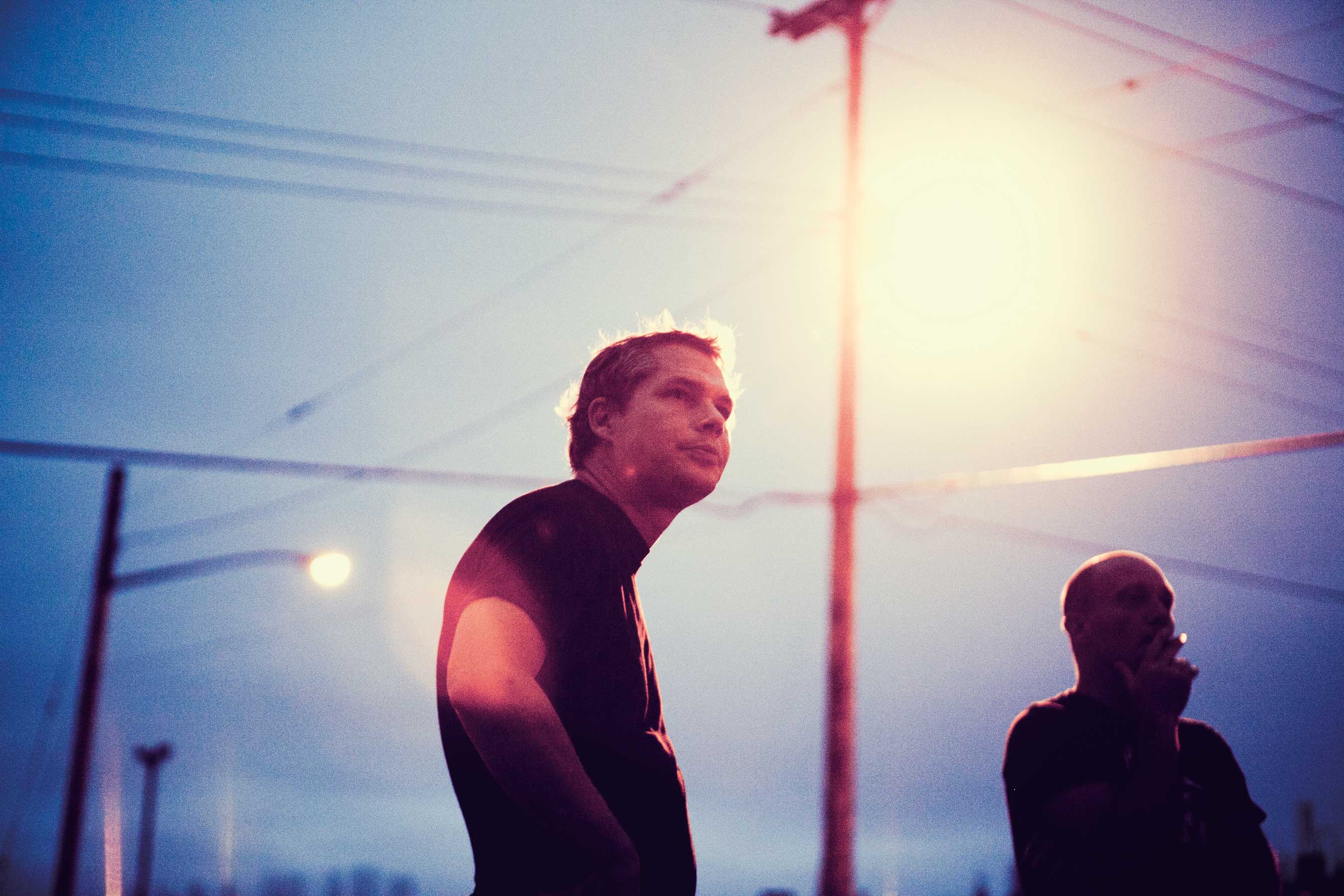 How would you explain your inside/outside strategy toward corporations to a young artist who still sees the world in terms of authenticity/selling out?

I define selling out as compromising your values just to make money. I think there are situations where working with a corporation demands compromises but there are others where it’s possible to more or less have a corporation knowingly or unwittingly fund a creative project that allows you to maintain your integrity at the same time.

I’ve had to carefully navigate the corporate world and sometimes things have not gone the way I’d hoped they would.

But I’ve also made some subversive allies within corporations as well as found that some corporations see genuine harmony between art and commerce, so they become patrons in an almost altruistic way.

Why does independence matter?

Independence allows for personal expression, risk-taking and rapid evolution that isn’t possible on a more corporate or institutional scale.

Portraits by Mustafah Abdulaziz are from Huck 30 – The Shepard Fairey Issue.

Linkedin
RELATED ARTICLES
OTHER ARTICLES
Photographer Sean Maung reflects on documenting a small town in Pennsylvania afflicted by high levels of unemployment, poverty, violence, crime, and addiction.
At his West Bank restaurant, Fadi Kattan established himself as the voice of modern Palestinian cuisine. Now, he’s bringing his innovative, bold flavours to the UK’s capital.
A new film from Berghaus traces the story of Adam Raja, who left behind a turbulent upbringing to discover the healing power of climbing.
After fleeing the war in Ukraine, people are finding it impossible to secure affordable and decent housing in the UK.
Filmmaker Laura Poitras discusses her new documentary which traces the remarkable life of the artist-activist and the impact of her battle against the US opioid crisis.
Activists and campaigners are fighting back against new laws that would seriously undermine the ability to take industrial action, calling it an attack on fundamental workers' rights.