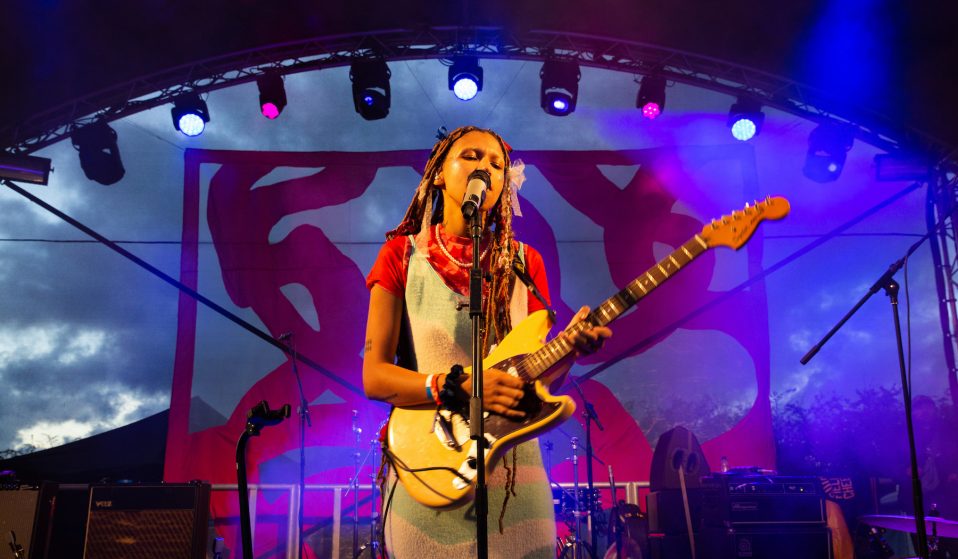 This year brought with it unprecedented challenges for the festival’s organisers – but this did little to dampen the spirits of attendees.

This year, a pandemic and flash floods posed unprecedented challenges for the not-for-profit festival’s organisers – but this did little to dampen the spirits of attendees.

It is, perhaps, the perfect summary of the long-awaited return of the festival, following the forced cancellation of last year’s iteration due to the pandemic. To say it’s been a tumultuous time for events and festival organisers, artists, musicians and performers would be to drastically undersell the torture of the last 18 months. The mental toll suffered by people working in the live events industry following the closure of venues was something we covered in Huck in May of last year. This was before the weight of the second wave crashed down upon the country, and thrust the industry into further turmoil.

There is much to be said about the dearth of government support received by events and festivals. Such was the uncertainty caused by changing goalposts and lack of material support (such as cancellation insurance), that many bigger festivals had no choice but to cancel. For Brainchild, who were not awarded Arts Council support, this year’s festival was only possible through a 50 per cent crowd cover pledge which saw ticket holders accept some of the financial risk of putting on the event. Had the event been forced to cancel because of changing Coronavirus restrictions, ticket holders would only get a refund of 50 per cent. 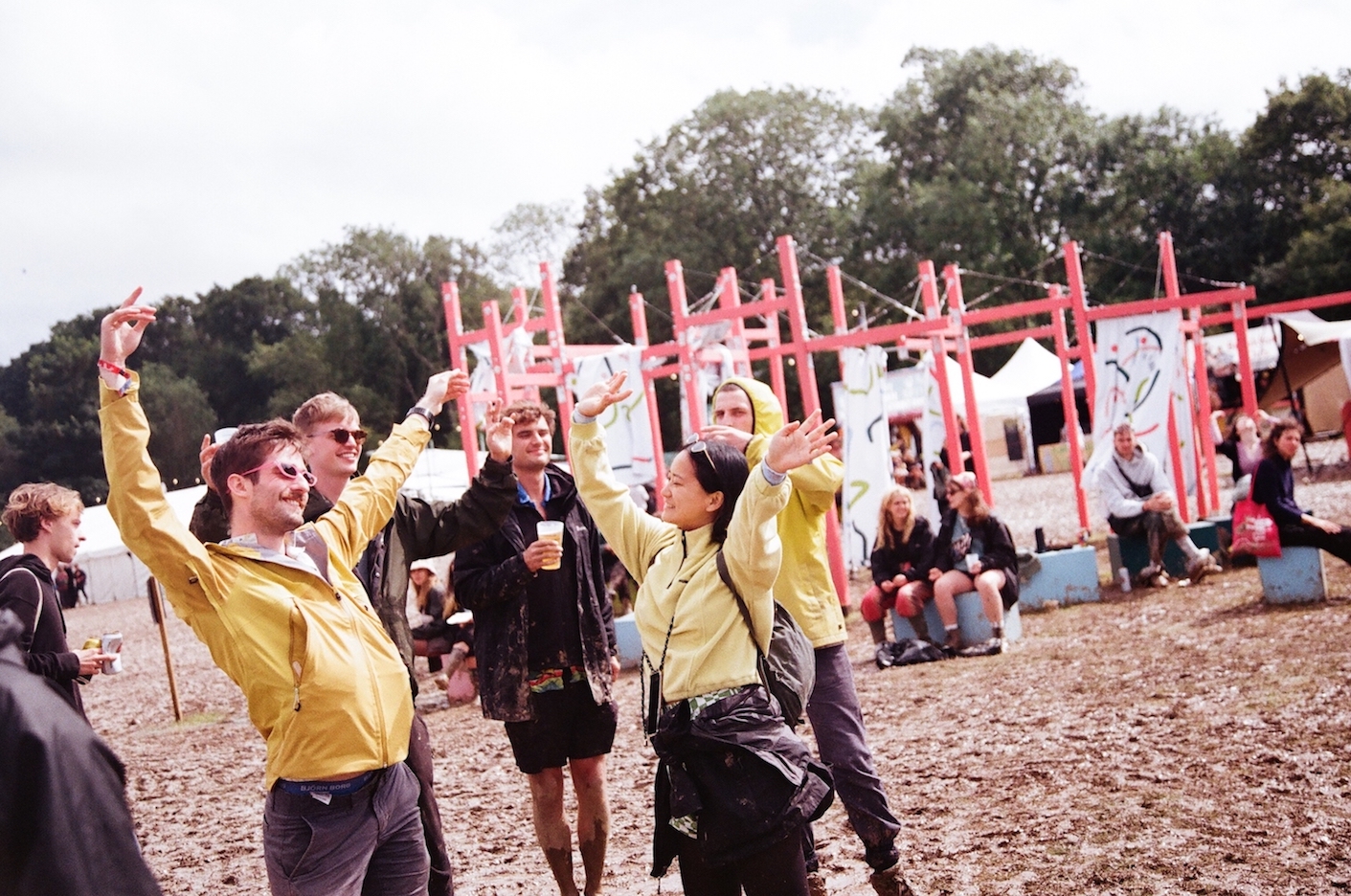 It meant an unprecedented buy-in by festival attendees, which spoke to the core of what, or who, Brainchild is. A DIY festival pulled together by friends with no major financial backing that has only grown year on year since the first iteration of the event back in 2012, gathering around it a community of devoted fans eager to get back into the fields.

Even before it had begun, this summer had all but buckled under the weight of the expectation hung upon it. We were to have the biggest and the best of all hot girl summers. An antidote to the year of misery, loss and sacrifice that had preceded it. In many ways, there was no way it could ever meet those expectations. Brainchild, perhaps in some ways, fell victim to this phenomenon. 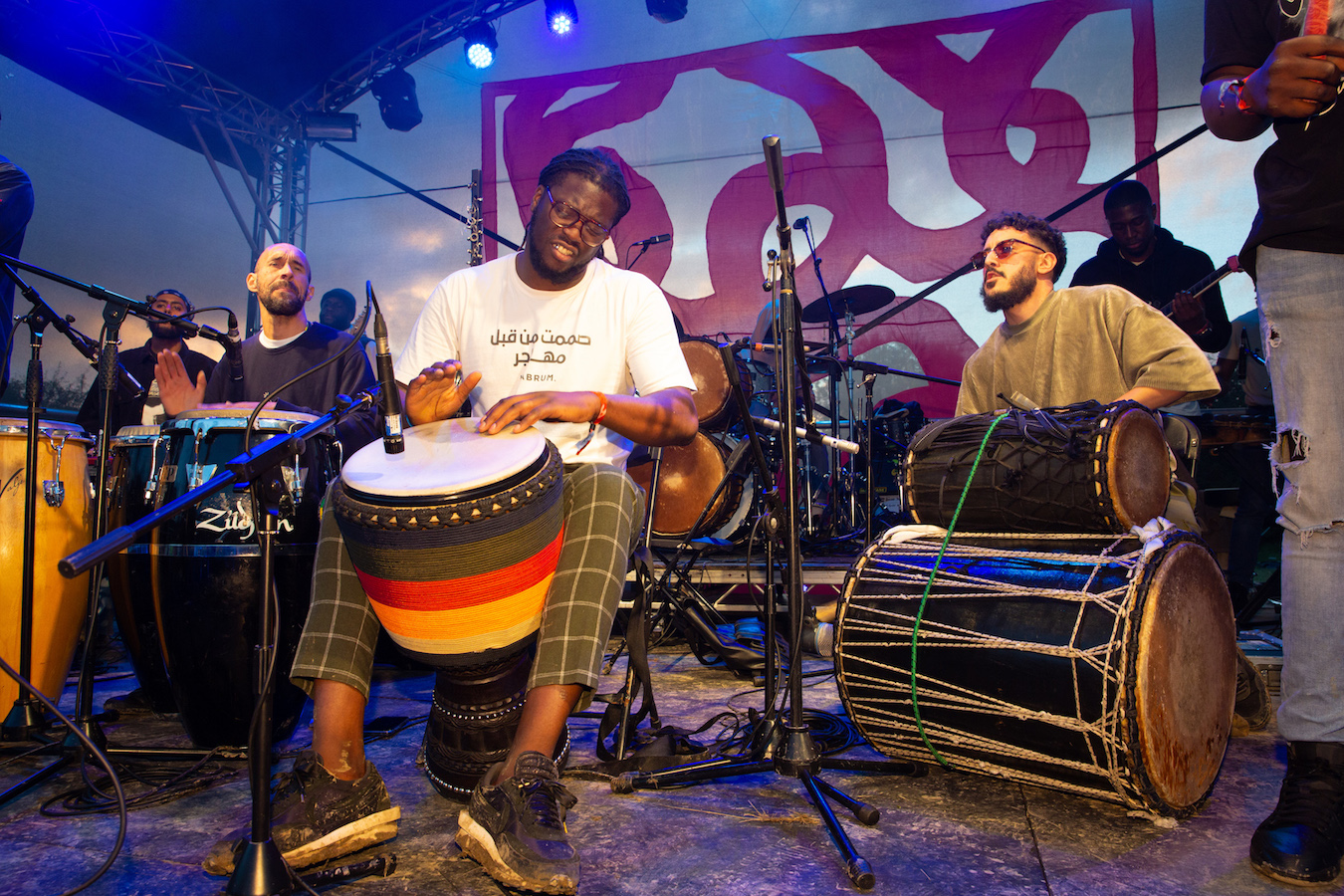 The festival, which normally takes place in the hot and heady climbs of mid-July was shifted to the beginning of August and was plagued by heavy downpours that saw the site transformed into a mud pit. “It felt like we’d got two strides away from the joyful and victorious finish line of a marathon to get the festival on, and someone came in from the wings and decked us to the ground,” Blake’s post-festival Instagram post continued. “This may sound dramatic but it really was that bad. It was extreme flash flooding wash out, the landowners had seen nothing like it in all their years and the land revealed its terrible drainage – unbeknownst to us or them.”

Where normally, there would be groups of people lounging in the sun, morning yoga, packed out tents with attendees sat together on the ground taking in talks, there was mud and slush. It felt, at points, apocalyptic. It wasn’t the return to the fields that anyone had planned for but, perhaps, it was the most fitting round off to the year that had come before.

Among the mud and the sludge, there was an abundance of joy. There was laughter and happiness. Revelry and hedonism painting ever sodden step, jump or dance. There was a collectiveness in the chaos of the great British summer. Shining, beautiful moments of jubilation made even sweeter by the mud and the dirt and the grime. Huck was there to experience it all, and we gathered some of the highlights together for you below.

Friday saw the fields flooded with arrivals. As tents were hurriedly pitched and pints sourced with equal urgency, the festival erupted into life, with music playing out across seven stages and tents.

Brainchild offers a full suite of music, from DJs, bands, singer songwriters and more: year on year the bill is packed with a whole smattering of offerings, and this year was no exception. Friday night headliners Overmono delivered a transcendental performance. The UK electronic duo filled the night sky with lasers and beats, pulling together a pulsating crowd of revellers, eager to forget about the year that had been. An extended version of their remix of For Those I Love’s ‘I Have a Love Were’ perhaps the highlight of their set – a moment of sheer elation and joy that punches through even the haziest of memories of the night.

Across the weekend, other highlights included Lava La Rue’s sunset slot on the Brainstage. The west Londoners twisting beats and lyrics lifting the audience far above the mud and the grime to dance in a queer wonderland. South London’s Lemon Lounge collective brought the party across Friday and Saturday, with ahadadream‘s Saturday night closing set seeing densely packed crowds undulating to a rising crescendo. 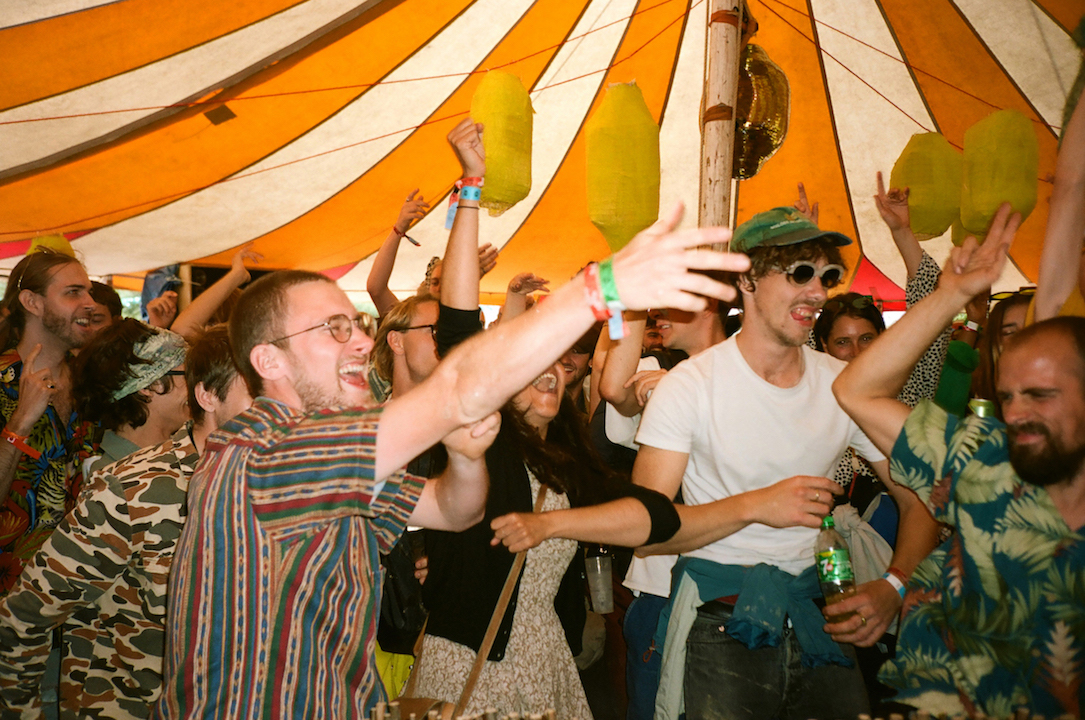 On Sunday, the Festival’s Kite Bar played host to Queer House Party: a collective who started in the pandemic as an online space to keep the party – and more importantly community – going as we were locked down. The sheer force of dancing managed to break the stage as they dropped Azealia Bank’s ‘212’ – perhaps no better summation of the power of their set.

Through the weekend, late into each night, it was possible to stumble into a stage, a wooded clearing or tent and see people dancing and jumping together, revelling in one another and the spaces the artist and festival carved out. 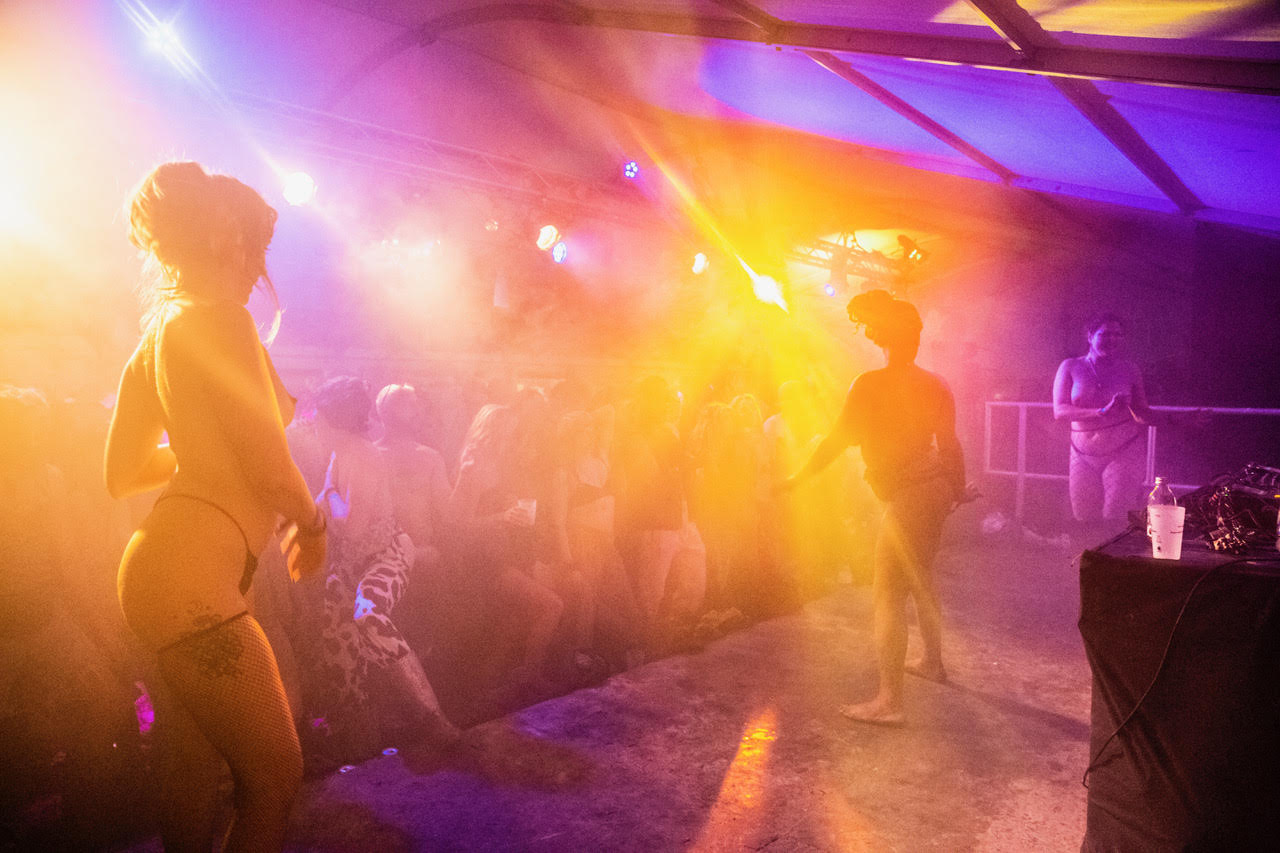 This year, the artwork brought a welcome splash of colour and fantasy amid the mud. Highlights included Annie-Rose Fiddian-Green’s largest installation to date, a giant hexagonal light box decorated with a colourful painted mural of dancing figures and animals. Speaking about the project, she said: “It was inspired by the importance of touch and unity after such a time of separation. But also how we remain interconnected no matter the rules and oceans that can part us. The painting expresses bodily freedom, the importance of self love, unity, and celebration.” 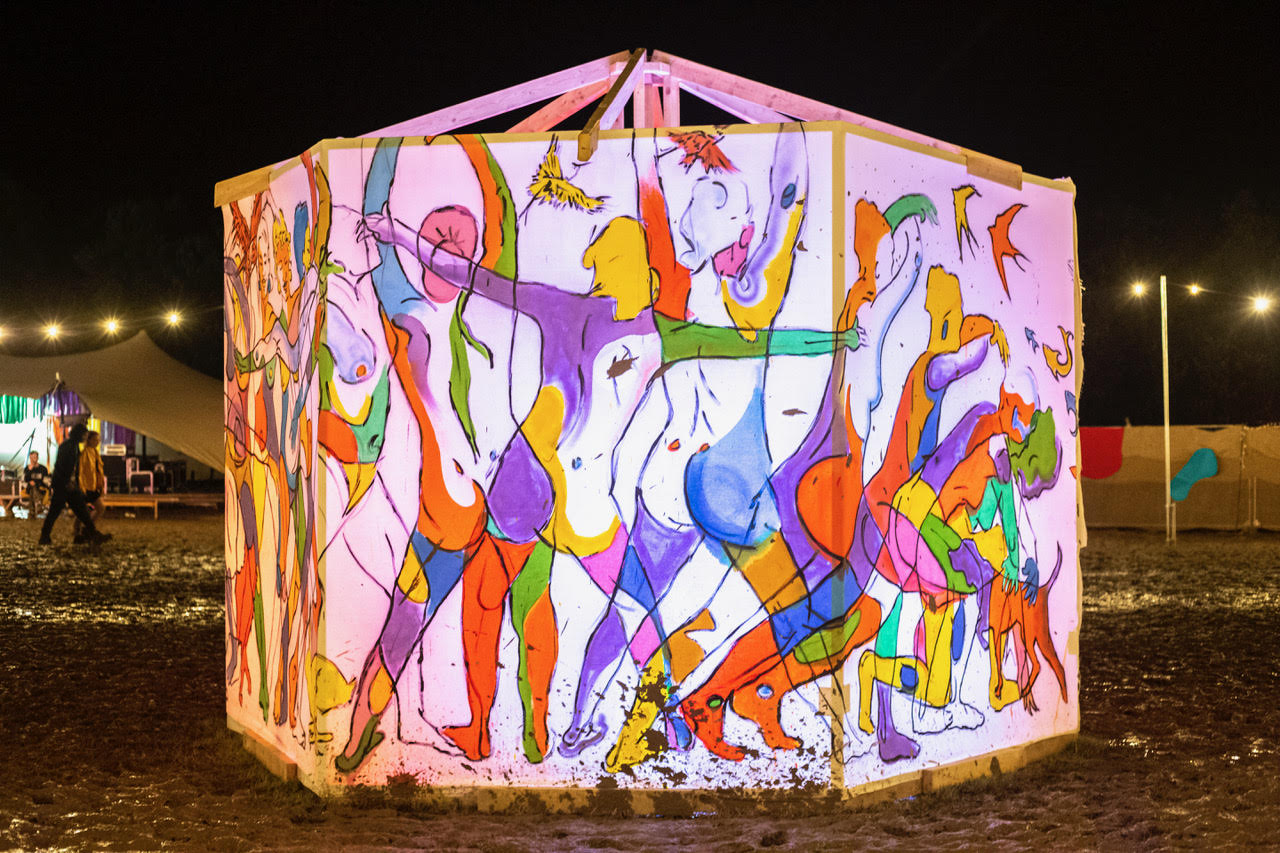 ‘Wrap Your Arms Around Me’ by Annie-Rose Fiddian-Green. Photo credit: Karla Hunter

In the woods, which usually plays host to the festival’s late-night revellers, Beccy McCray’s psychedelic, human-sized termite mounds, made for an eye-catching display. “Taken into the context of the natural world, these alien totems remind us of standing stones, mystical fungus or cacti, flowing lava and stalagmites, alive and hinting at other worlds,” said Beccy about the work. “Is it the end of the party – or is it just the beginning?⁣” 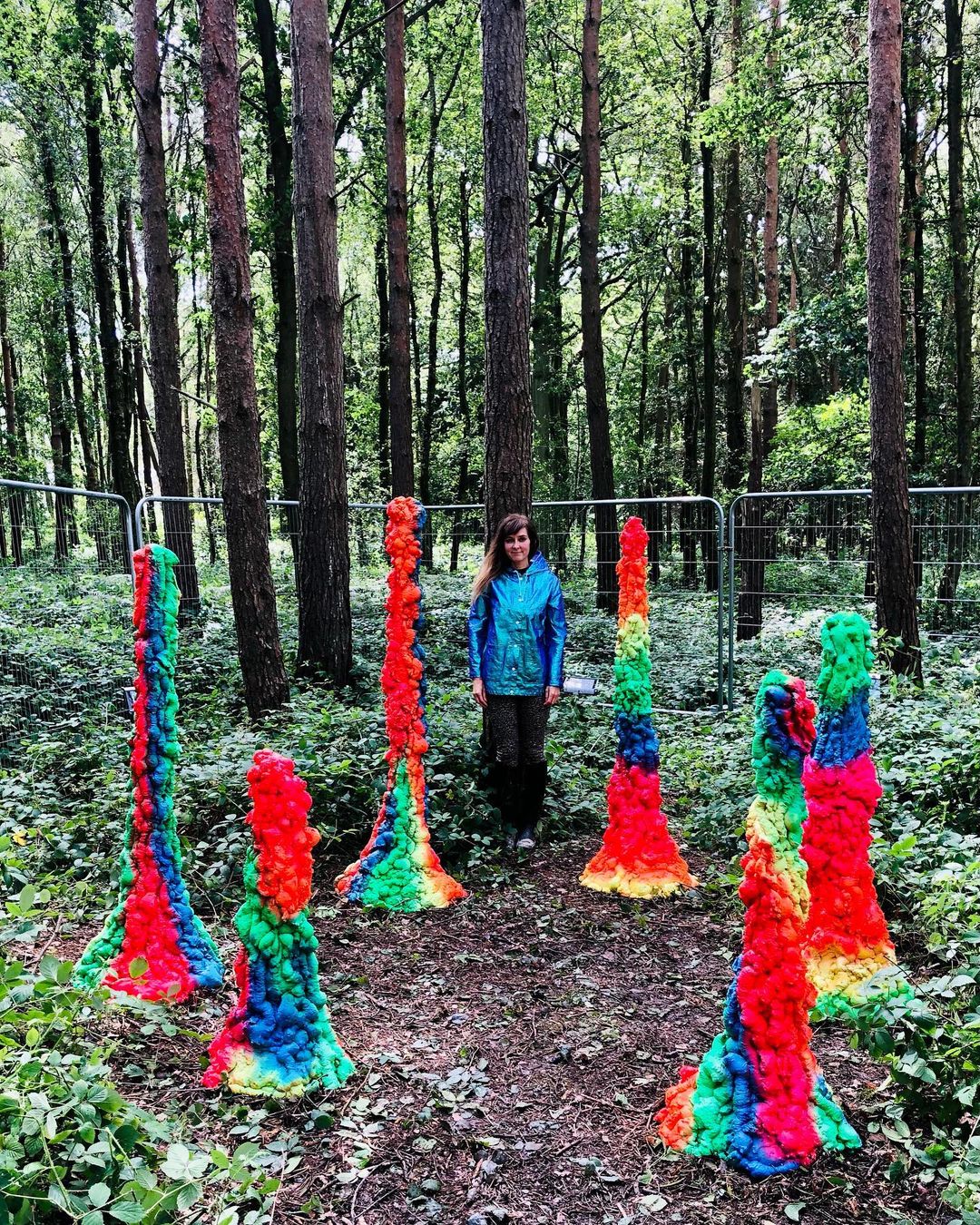 The Politics of Imagination

Lola Olufemi, author of Feminism, Interrupted (Pluto Books), and multidisciplinary artist Jacob V Joyce delivered a rousing speech on how the ability to imagine other futures is fundamental to building a better world. Speaking about the power of the imagination in political organising, Olufemi said: “If we are broadly on the left, we lose a lot. And I think the imagination is an important way for us to understand, actually, the walls that we seek to build are much bigger than a simple win or loss; they’re beyond what we can even conceive of.” She spoke about “the scarcity logic” built into capitalism, which prevents us from realising that we do have enough – it’s about envisaging the “distribution of resources when it comes to things like housing and money and so on”. The talk also considered Joyce’s artistic practice, and how their creation of a mural to commemorate the 1981 Brixton riots was used to amplify radical Black histories through a learning resource.

Since forming in 2020 at the beginning of the pandemic, Daytimers have quickly made waves on the UK party scene. The collective is made up of DJs from all corners of the UK, with one member living across the pond in New Jersey. Their talk at Brainchild centred on the heritage of their name: that being, the day time parties of the ’80s and ’90s where young British Asians gathered to dance to bhangra, garage and jungle. Many young British Asians who came of age during these decades were looking for ways to escape their conservative parents who, on the whole, disapproved of their children going to nightclubs and engaging in the hedonism that comes with it. These events took place not at night but during the afternoon, when those kids were thought to be at college, school or the library – hence why they were christened ‘daytimers’. 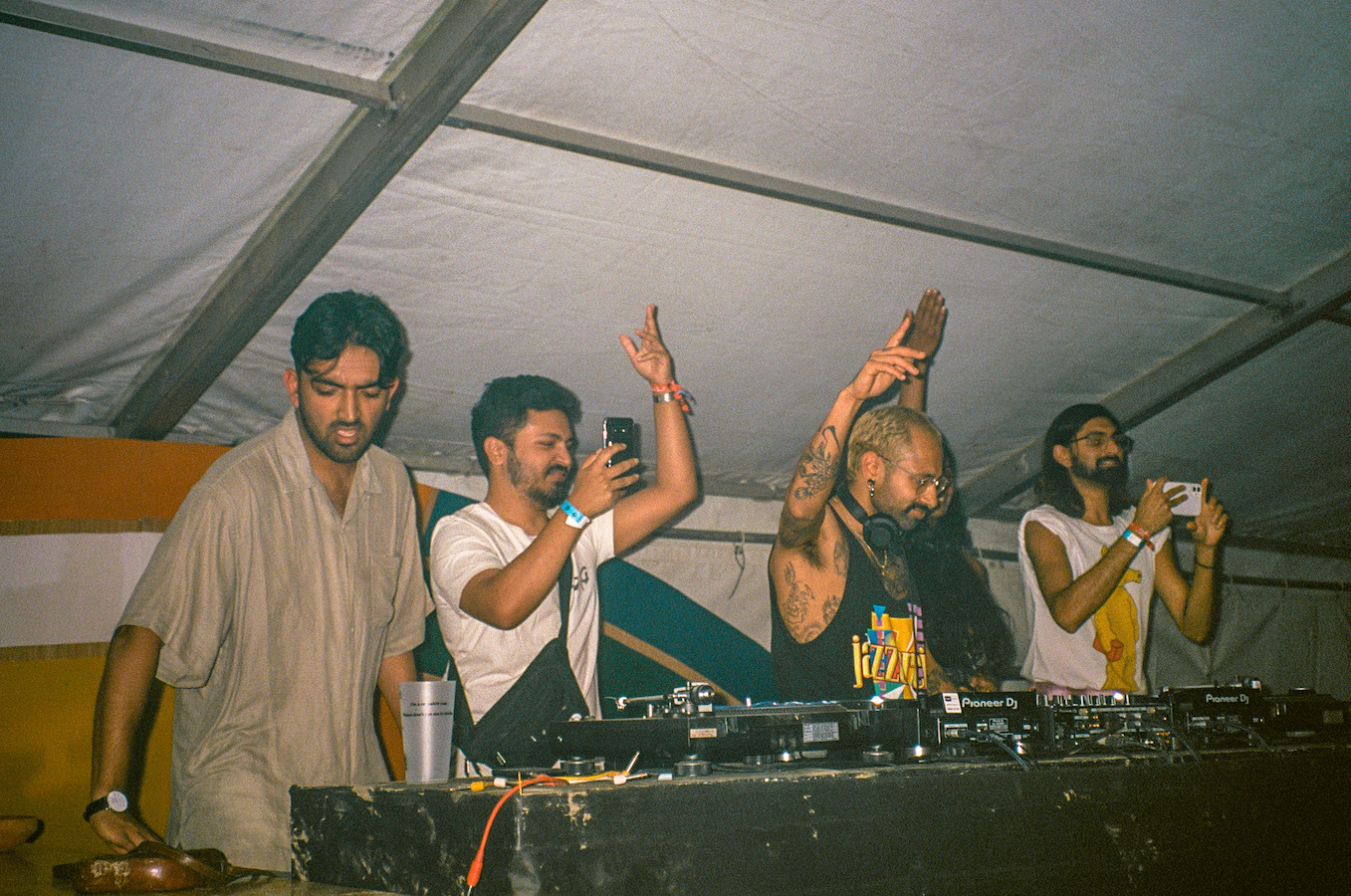 Ellie Pearce gave a vital talk on living with endometriosis – a condition impacting 10 per cent of women. It detailed how to recognise and cope with the symptoms, and dealing with dismissive doctors to get a diagnosis. Through an accompanying textile installation titled ‘Insides Out’ created by Ellie, the intention was to use art as a catalyst for conversations about the invisible, inner-workings of our bodies and chronic pain. 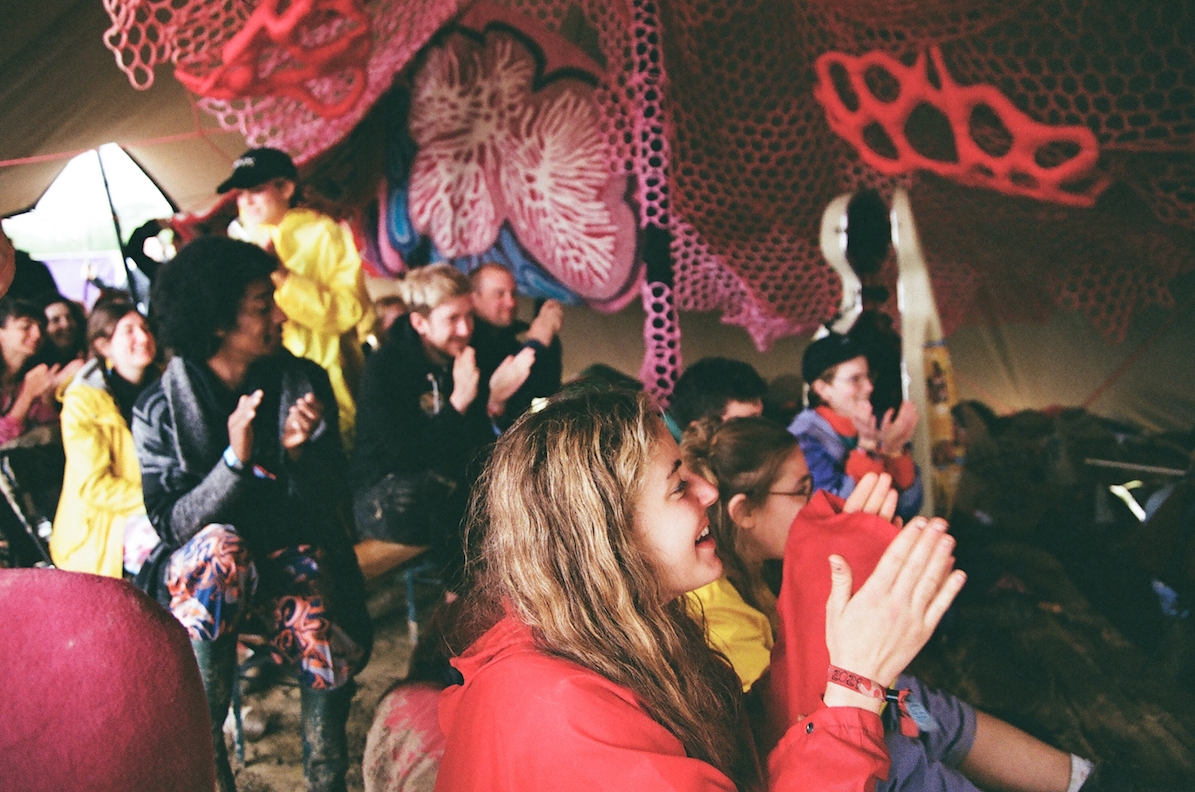 To find out more about Brainchild visit their official website.

Linkedin
RELATED ARTICLES
OTHER ARTICLES
A recent High Court ruling against the right to wild camp in Dartmoor National Park sparked the largest land protest in history – and campaigners say their fight is not over yet.
Since 2007, Gideon Mendel has made 20 trips to document floods in 13 countries. The result is an alarming record of what has already been lost to the climate emergency.
David 'Dee' Delgado’s photo project is about honouring and uplifting the city of his youth, and a world rapidly disappearing under the relentless onslaught of gentrification.
Photographer Sean Maung reflects on documenting a small town in Pennsylvania afflicted by high levels of unemployment, poverty, violence, crime, and addiction.
Following the release of his debut single, Deyaz talks battling addiction, dealing with his struggles through music, and building a budding music career from his living room.
After fleeing the war in Ukraine, people are finding it impossible to secure affordable and decent housing in the UK.