Art & Culture / How lockdown reignited our love of indie bookshops 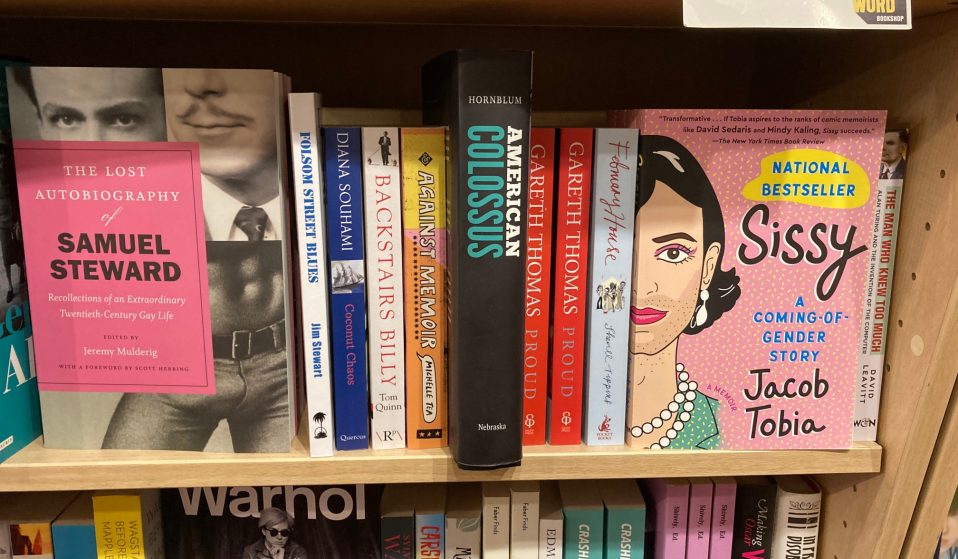 Over the past few years, independent book stores have made a resurgence, defying corporate behemoths like Amazon. But with lockdown complicating in-person sales, these community hubs face new challenges.

When East London’s Newham Bookshop, founded 1978, closed its doors during lockdown, they didn’t ask for money, but somehow, it came their way. “People have been so supportive,” says Vivian Archer, manager of the bookshop. Hundreds of pounds worth of book tokens were purchased, and a surge of orders were placed online. “The Anarchist Cyclists delivered books for us locally, while others we’d post out,” she explains.

Independent bookshops have been on an upswing after decades of decline, and the past three years have seen more indies open than close across the UK. But the pandemic has since dealt a blow to the budding recovery of the sector. And this isn’t just about books themselves: independent bookshops are often vital meeting places for their local communities.

But it isn’t all bad news: being largely restricted to our neighbourhoods during lockdown may have triggered a new awareness as to what we want our surroundings to look like. “People are realising how important it is to support local businesses,” says Archer. “If we don’t support them during the pandemic, we won’t have any independents in the future.”

Newham Bookshop has been open since early July, letting in a small number of people at a time in the spirit of social distancing. I’m speaking to Archer through the perspex partition surrounding the till while she’s expertly tending to visitors at the same time. She’s been at the shop for 33 years, and this is her domain: “I love doing this,” she says. It’s a warm and welcoming space, half for adults and half for kids, with the stock firmly reflecting the local area: Newham is 73 per cent Black, Asian and minority ethnic (BAME) communities. 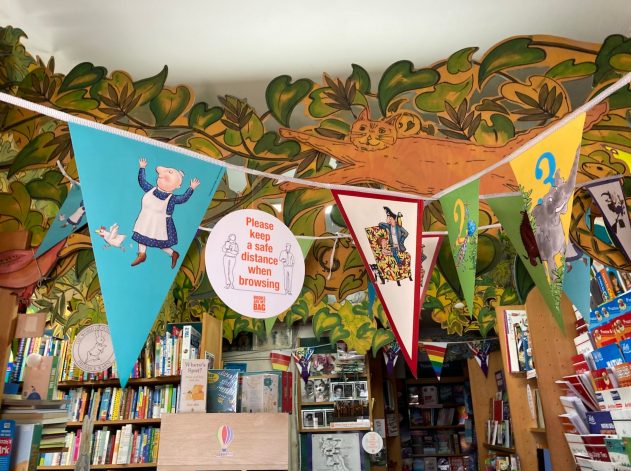 Newham Bookshop is a community mainstay: people love this place. “We don’t turn anyone away. We listen,” says Archer. Bernardine Evaristo, Michael Rosen, Benjamin Zephaniah, Malorie Blackman, and Onjali Rauf (author of Boy at the Back of the Class) are among the authors regularly spotted browsing the selection or giving talks at Newham. Newham’s numerous author events are so popular they have to rent bigger spaces.

The shop has always stocked a huge number of books from Black authors, which since the recent Black Lives Matter protests, have received heightened interest: “There’s been such an increase in young people who want to try and understand what’s going on in the world.”

Gay’s the Word, a specialist bookshop in Central London, is also built around community. When it opened in 1979 it was the first of its kind in the UK: “People have a deep well of affection for this shop and its history,” Uli Lenart, assistant manager of Gay’s the Word, tells me. Gay’s the Word has recently reopened, but during lockdown, they were forced to refer business they couldn’t handle to their sibling shop, Category Is Books, in Glasgow.

“This spring, it was just me walking in to do a mail order service and walking home again. It was incredibly important, not just for us to sell books and pay the rent, but for that connection,” says Lenart, who’s been at the shop for about 15 years. “These people are my kin, my community.”

Gay’s the Word is a small shop, comprised of just one room, but it’s packed to the gills. “There’s not much room for wallpaper,” Lenart laughs. “I’d like to think the selection is a result of good, insightful, compassionate, instinctive bookselling, which is one of the main reasons people come to an independent.”

For many of its visitors, the space has been more than just a book shop, but a place to understand more intimately and embrace their sexual identity. “Gay’s the Word is the product of late 1970’s queer socialist ideas… it essentially exists as a collective, for the benefit of the community,” says Lenart.

The building, rented from the council, has always been a gathering place: Trans London meets there now, while Lesbians and Gays Support the Miners, and The Black Gay Men’s Advisory Group, would convene there in the 1980s (the shop was once raided by Customs and Excise officers who dealt them an indecency charge. It took Gay’s the Word two and a half years to have the charge dropped). 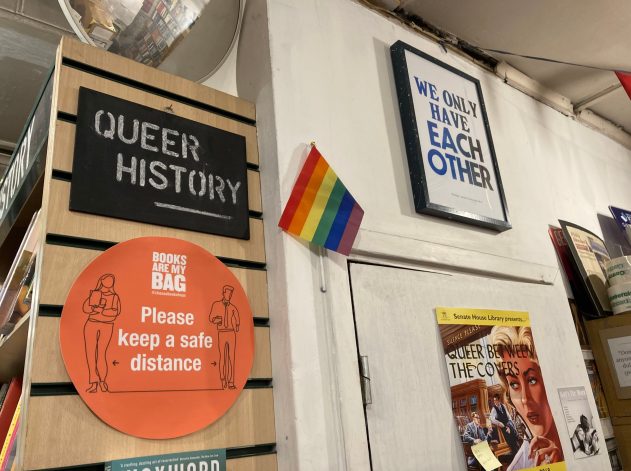 “The Lesbian Discussion Group, which has been meeting here for 36-years-now, would hold a collection for the bookshop at the end of each meeting. Those collections really made a difference between this book shop surviving or not during a period around 2007,” says Lenart.

Things are better for the shop nowadays: “We’re seeing a flourishing of LGBTQ+ representation in young adult fiction. Part of our renewal has been our ability to respond to those changes,” says Lenart.

Of course, this hasn’t always been the case: for the past few decades, the story of independent bookshops had been 22 years of steady decline. “We lost more than half the independents in the UK,” Meryl Halls, managing director of the Booksellers Association, tells me. This was in large part due to the loss of the Net Book Agreement in 1997, which had prevented steep discounting of books, followed by the rise of behemoths like Amazon.

Three years ago, things started to slowly turn around: at the end of 2019, there were 890 indies in the UK, up from 868 in 2017. In London, these newcomers include All Good Bookshop in Wood Green, the now-defunct Pages in Shoreditch, which stocks books from LGBTQ+ writers, and Round Table Books in Brixton, a lauded children’s bookshop which only sells BAME authors.

In a 2020 paper, Ryan Raffaelli, a Harvard Business School researcher, identifies three reasons why indie bookshop are proving resilient: they create a deep sense of community and presence in local areas, they provide a curated and specialist service with personal book recommendations, and they’re a place for social gatherings such as author events, lectures, discussions, and children’s storytime.

“Last Christmas was incredibly good for independents. Many were out-performing their High Streets,” says Halls. But with COVID-19 came a surge in online shopping, and while many independents do have online stories, some have struggled to make the transition because they lack the skills or resources.

“This crisis has played into the hands of Amazon because they’re all about remoteness and not at all about community or gathering,” says Halls. Still, she’s hopeful people will return to shops now that we’re emerging from lockdown: “People want that sense of being part of something bigger than themselves.”

The Second Shelf is a newcomer to the indie bookshop circuit, specialising in rare and antiquarian books as well as modern first editions and rediscovered books – all written by women. Owner Allison Devers lets me into the shop, tucked away in a Soho courtyard, on a muggy Friday. Post-lockdown footfall has been slow, and in the current climate, she only opens the shop by appointment.

Less than two years old, The Second Shelf is an eclectic space, covered in pinks and patterns. “The rare book world has tended to be run by men and structured under their ideas of what makes up the literary canon and what’s valuable. This results in very few women authors being considered collectable.”

There have always been female book dealers, says Devers, but they usually specialise in women’s history. “We need to collect women writers. We need to get them onto bookshelves where they will be visible. People need to think about them as having value.”

“People came from all over the world to my shop – it was a bit of a literary pilgrimage site. But I can’t replicate that in a pandemic,” Alison says. She sells books online, but it can be labour-intensive to photograph and describe each one. “We don’t have the resources to do the same unique customer service online that we give in the shop. Still, we do our best to try and provide a bespoke service.”

Whether or not The Second Shelf remains in its current iteration, Devers belief in the power of books – and more specifically, the promotion of women writers – is unwavering. “Women have a culture of loving a book, and then handing it to their friend,” she says. “I really want people to think about the power of putting women on the bookshelves, and giving them permanence.” 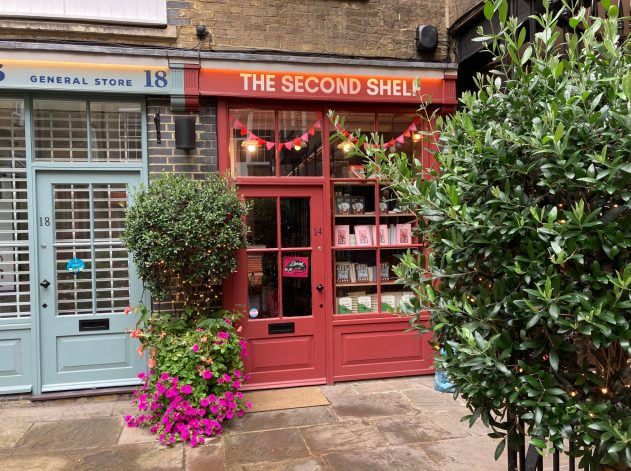 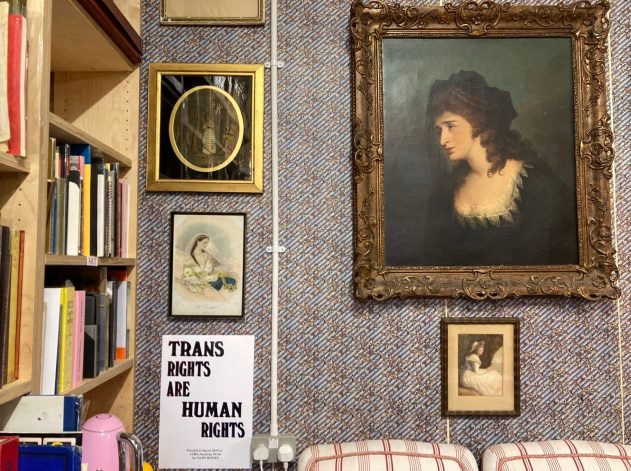 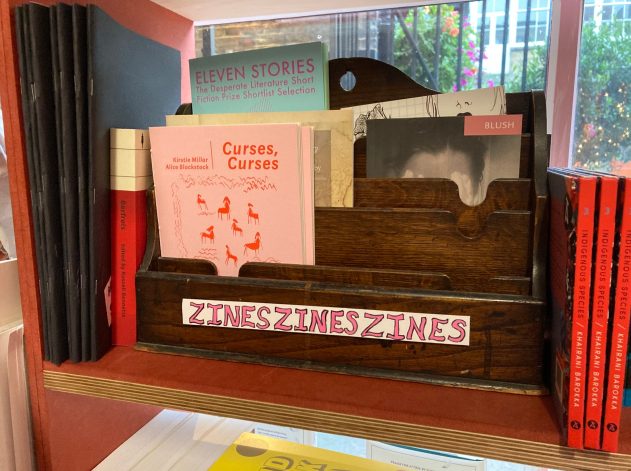 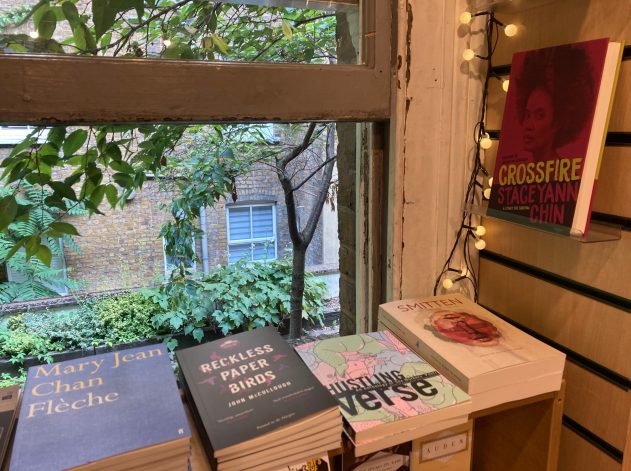 Follow your favourite independent bookshops on social media for author events, their charity work and other news; Newham Bookshop keeps a comprehensive website, The Second Shelf is good at Twitter, and Gay’s the Word posts events on Facebook.

Here’s a list of more great London independent bookshops, and here’s a list highlighting Black-owned indies which all sell online. Many indies do web sales but if they don’t, give them a call and they’ll post out your order. If you miss bookshop browsing but can’t get out, Bluestocking Books have taken their walking tours online.

‘The Disappearing City’ is a series about the changing urban landscapes of London. Previously: Welcome to the villages of London: How the lockdown transformed urban life.

Linkedin
RELATED ARTICLES
OTHER ARTICLES
The UK’s cultural landscape has been torn apart by years of commoditization and Tory-inflicted austerity. The coronavirus crisis could be the final blow.
As the city’s population rises, the future of its green spaces are in doubt. Writer Jessica Furseth meets the people trying to save them.
A new exhibition is looking back on the London neighbourhood’s rebellious peak – a time when it was at the forefront of experimentation, creativity and freedom.
London’s Greek Street has spent decades fending off threats from developers, maintaining its old ‘shit’ Soho charm in the process.
Photo book Great Brixton crowdsources a visual record of South London’s most vibrant neighbourhood.